First announced in White Dwarf magazine in September 1995, with the official release occurring that October, Necromunda is celebrating its 20th Anniversary this year. Twenty years, and the last ten occurring without any major support from Games Workshop, who created the game. Despite having an age older than many retired tabletop games and a significant time spent off shelves, Necromunda thrives in the seedy depths of the internet and gaming clubs; under the radar of the majority of tabletop gaming enthusiasts, and remembered fondly in a past tense frame of perspective by many others, the game is still celebrated and played by many who savour the unique blend of tabletop wargaming and role playing games. Old enough to be a celebrated "has been", but contrarily the game has grown. Changed. Not into something unrecognizable of its first incarnation - there have been direct efforts to avoid this - but updated and upgraded into a more modern offering of itself. By the players.

A bit of an anomaly for this reason, Necromunda has outlived its shelf life and has probably done so as a result of some hideous Scavvy-like mutated side affect, caused undoubtedly by the amount of sump chemicals the game's patron players have ingested while in the hobby. Not many other tabletop games see the type of community support that Necromunda has received for all these years, which can perhaps be viewed as a double-edged Chainsword of sorts: orphaned for profiteering business decisions, the game received no official support or tact, but from this a new community ownership and pride rose from the collapsed domes and seedy corners of the underhive. While it's parenting Warhammer 40K universe receives a significant amount of rules and lore concocted by the fan base, these unofficial fan-made supplements often get marginalized and swept under the rug because the game is still thriving and supported by the company that has produced it. In the case of Necromunda however, the community input and fan rules take centre stage: players from every corner of the globe and every House in the spire come together to keep an ever expanding rules set updated, tested, and refined. Twenty years later and here on YakTribe Gaming, Necromunda is played by almost 20,000 registered users and a great many non registered players, the number of which I can't possibly come up with given my lack of any major or minor Wyrd powers. Let's say like 46. That's over 20,046 Necromunda gamers, collectors, hobbyists and aficionados who have refused to let the game die.

The entire thought of all this made me quite impressed, and I wondered how things must have been when the game was just being released. The majority of spires were likely mere mole-hills by comparison to their current towering sizes - I can only imagine how much scaffolding would have been required. But I wanted to find out more about the game in its earlier stages, to see where it all started and how it progressed through the years into what it is today. In a discussion I had with @nooker about talking to some of the game's more prominent personalities from yesteryear, I decided I would scrounge the corners of the world wide web to find some people who would know the answers to these sorts of things. To my utmost surprise, not only was I able to get responses from the people I talked to, they were genuinely interested in waxing nostalgia and sharing some of their stories on why they love being hive dwellers like the rest of us. Over the last few months I have been privileged enough to be able to talk to Rick Priestley, Andy Chambers, David Graham, and Anthony Case about Necromunda, and hope you all enjoy their wonderful insights that I am able to share with you here. The Loaded Dice Table Talks. Shit yeah. 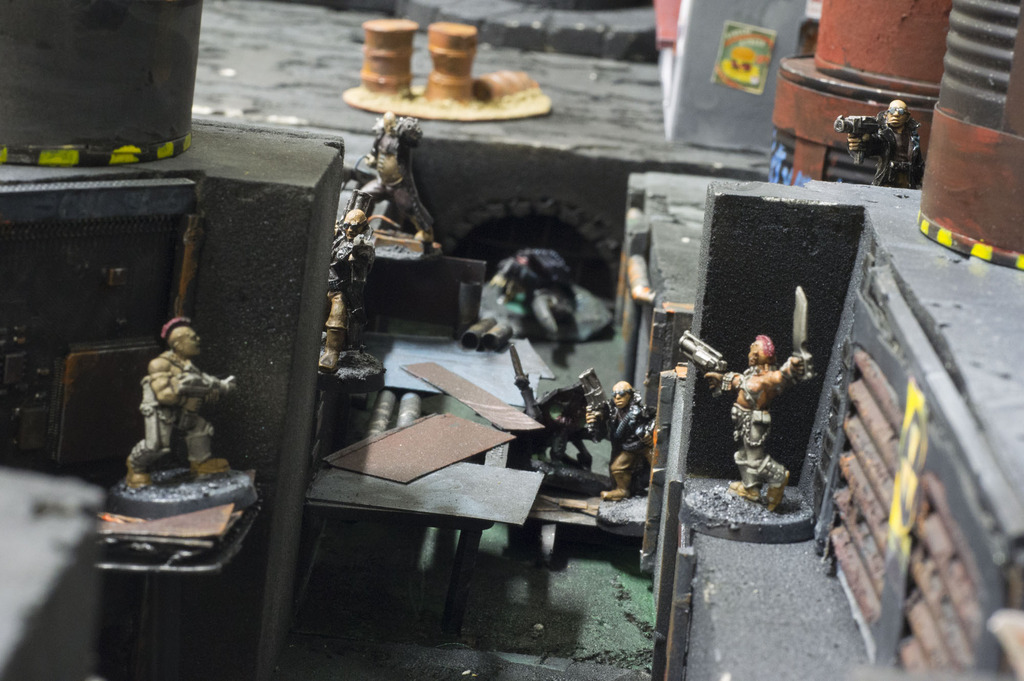