Adding to my GW nostalgia collection...

Over the past few years (since 2010 and very much the past 3 years) I seem to have collected, one way or another, several of GW's "specialist games" from yesteryear.


I'd like to drop a few quid on something else though, so I've recently considered the following -

So, as I'm not keen on the above, I beseech the Yak for suggestions for classic GW games I could take a look at? Preferably I'm looking for board gamey type games, not tabletop skirmish/army type games, and something that is easily transportable via public transport, i.e. comes with game boards and a very small miniature count, so not Gorkamorka for example, or anything post 2015 when the current crop of "specialist games" started coming out and Warhammer Fantasy was squatted.


Thanks in advance, any ideas would be greatly appreciated.
Last edited: Jun 13, 2022
Reactions: Tiny

You could easily do Bommerz over da Sulphur River? I did a set myself. Quick, easy boardgame, pretty easy to make yourself, Imperial aircraft are available from the Adeptus Titanicus range and Orks are available from a variety of places. 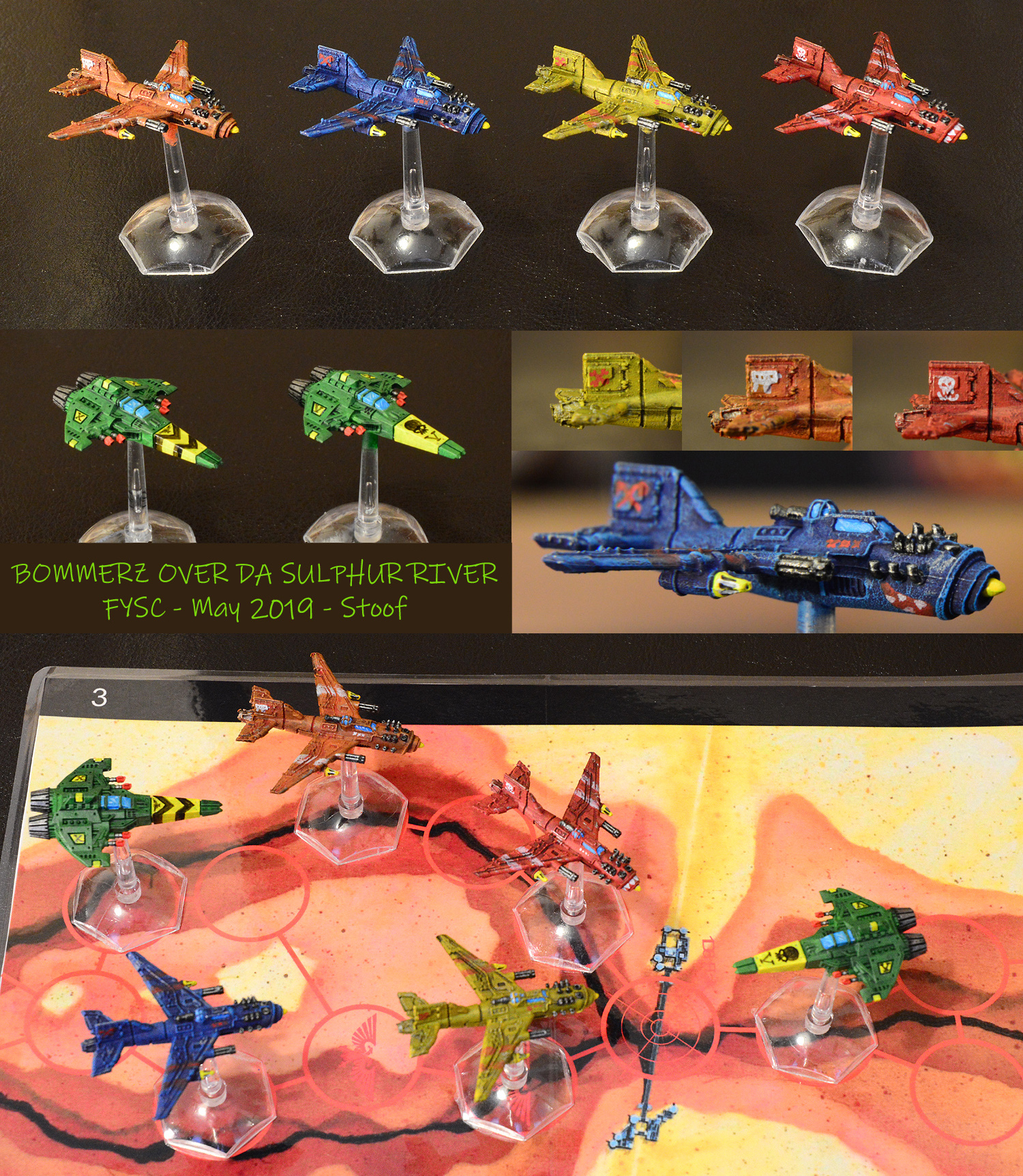 Interesting, one of those mini-game curios GW tend to do from time to time. I see the PDF of the board and rules, all 8 pages of it, is in the Vault here on the Yak.

I have the initial 2019 core set of flyaroundicus whateverit'scalledus, so I probably have some usable models for Bommerz over da Sulphur River. My gaming buddy and I found flyaroundicus to be, not very good in our opinion, so I'm not sure how much play Bommerz would get. Will keep it in mind though. Certainly is inexpensive to obtain and eminently transportable.
Last edited: Jun 13, 2022
Reactions: Stoof

Betrayal at Calth is quite a fun game.

While it has a good few mini's in it, it's still less than 40.
Very easy to proxy miniatures for if marines aren't your thing. As it's really just 2 characters 30 basic dudes 5 elite dudes and a big guy.

Used to be that you could pick up a mini free copy on eBay for under £10. Don't know what it sells for now. Probably loads with HH being hyped at the moment.
Reactions: Raven Morpheus
R

2015 isn't really the "vintage" I'm looking for when it comes to the "40k universe". Not really sure where to call the cut-off point, but I see Horus Heresy the game stuff as being of the "current era" of GW games. I guess, as 30k Horus Heresy was first published by Forgeworld, in 2012, that would generally be a good cut-off point, bar mini-game curios like Bommerz over da Sulfur River.

I get the feeling though that I've considered most, if not all, of the board gamey type games of pre "current era" GW. Hmmm...
Last edited: Jun 13, 2022

Make your own brewhouse brawl map. Two sides of a4 6 minis, one dice. Really easy to reskin as desired
Reactions: Stoof
R

...despite what I initially thought, Man O'War actually seems possible...

There are a couple of UK sellers on etsy where I can grab models for 1300 pt fleets for around £50 per fleet - Battlefleet Gothic fleets were looking very expensive, over £100 for a 1000pt fleet in some cases, even for 3D prints!! There is a list of box contents knocking around the interwebz, so I might even be able to make my own tokens/cards if it comes to that...

There's a site with working links for scans of the original cardstock sheets of tokens and stuff - http://www.collecting-citadel-miniatures.com/wiki/index.php/Man_O'War

Plus there's a facebook group with several documents, including the rulebooks...

So, as there's everything easily obtainable, Man O'War is most likely to be my next GW nostalgia project...
Last edited: Jun 19, 2022
Reactions: Stoof

Dreadfleet is its own self contained game with no expansions!

Crazy eh? Occasionally you find it come up on eBay from one of the many scalpers who got stung by it when it came out.

You can get it reasonably cheap - around £60. There are still people trying to shift it for triple figure but ignore them, they are silly people.

Another option may be Lost Patrol.
It was re-released around 2016 so you may find it available on eBay. It had plastic scouts and genestealers. However it modified the rules to accommodate the genestealer sprue.

However, I have heard... *looks around* that the better 1st Edition rules may be floating around the Internet. If you can get them then all you need are the hex tiles which ideally you can get on eBay but possibly could make a set yourself.
1st Edition used blip tokens as “lurkers” so you don’t even need the ‘stealers. Just some scouts.
Reactions: Raven Morpheus
Show hidden low quality content
You must log in or register to reply here.

R
Cardboard boxes - GW style - where to get?

Musings Of The Yak Sep 18, 2022
KitCarpo
K
R
Ever bought a pot/bottle of paint only to find you have no use for it?