On a serious note I don’t do drilled barrels as I don’t have the tools for it, nor do I really like the look.

Same for scenic bases really. The Necromunda ones are ok, but I prefer plain black ones.
Reactions: trollmeat

On a serious note I don’t do drilled barrels as I don’t have the tools for it, nor do I really like the look.

Same for scenic bases really. The Necromunda ones are ok, but I prefer plain black ones.
Click to expand...

I really do like the Necromunda bases. Those and the Sector Mechanicus bases are basically good to go without being too busy.
I'm just giving you some ribbing, I have every gang and maybe a handful of minis even ready for paint.
Last edited: Jun 13, 2021
Reactions: trollmeat

They look great! I was looking for more pictures of the new sprue used!

Crazy Ivan said:
They look great! I was looking for more pictures of the new sprue used!
Click to expand...

I might have a few more in the next two months depending on what I need to build for the next campaign.

At a minimum I think I need to try interchanging the shotgun and boltgun arms and mounting them in different bodies to see how they look on less static poses.

One trick to look out for though is the neck positioning. Most of the models I have built I have had to select the neck/hair pieces based on where I want the model to be looking rather than which hair I actually wanted. The actual Goliath sprue is the same. You can cut the hair off and move it around between heads but it’s a bit too much for me to bother with.

Also the Stimmer neck doesn’t fit with other faces unless you seriously hack into both the neck and the gace to make them fit. The Stimmer needed some quite significant trimming to work.
Reactions: trollmeat, sykoholic and Crazy Ivan

Getting some paint on my new Goliaths. 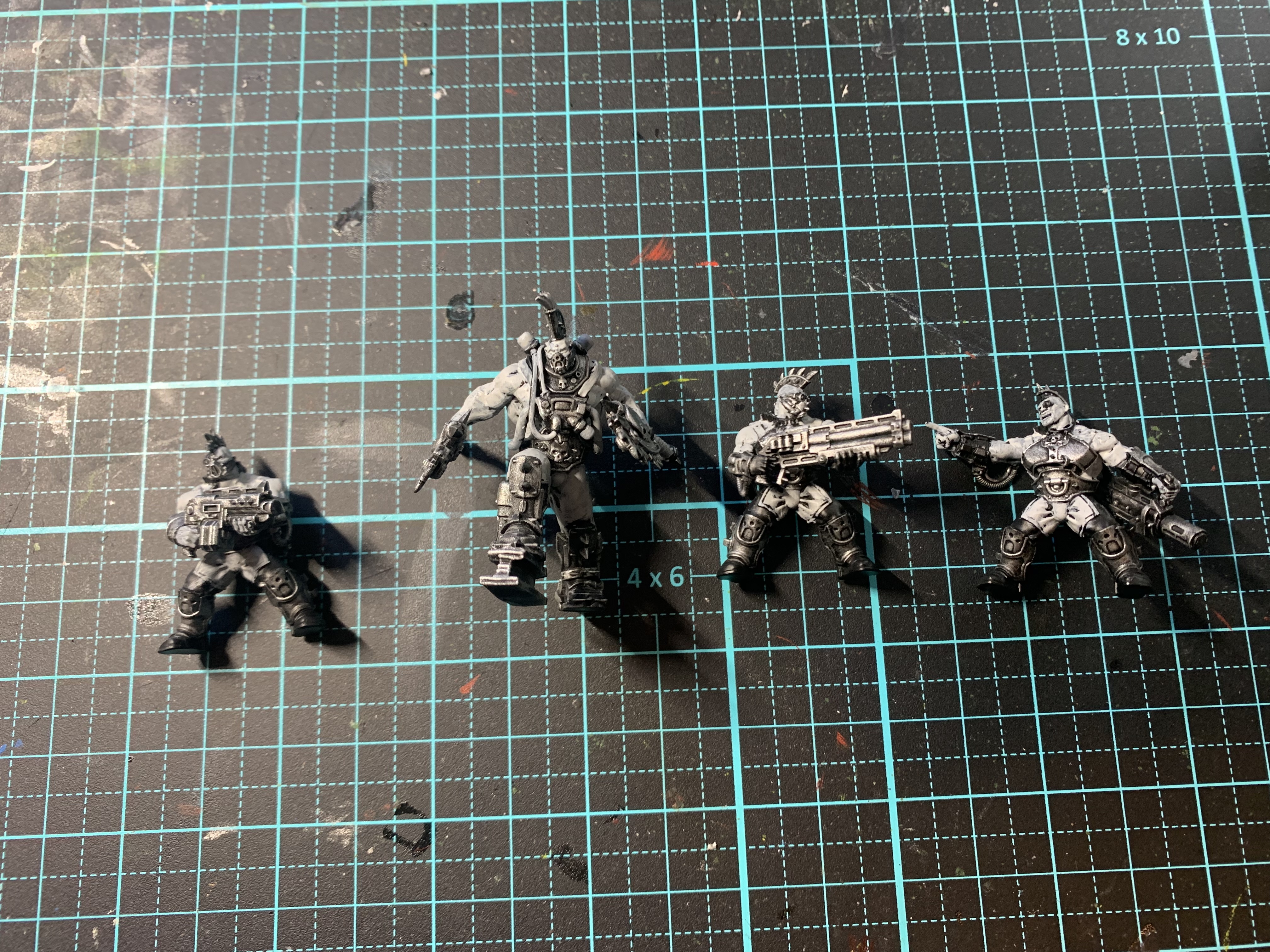 Goliath Grey and silver base coats 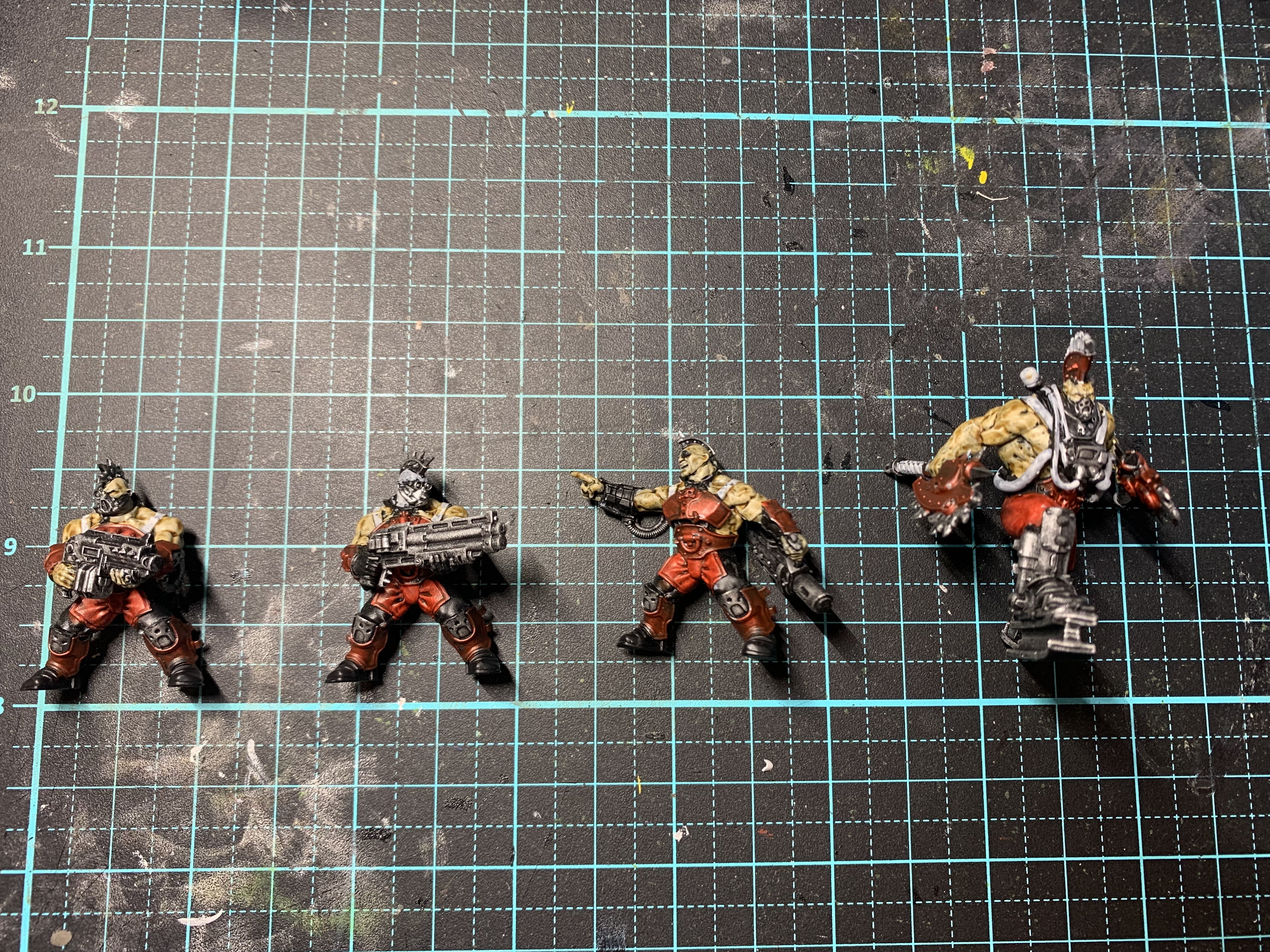 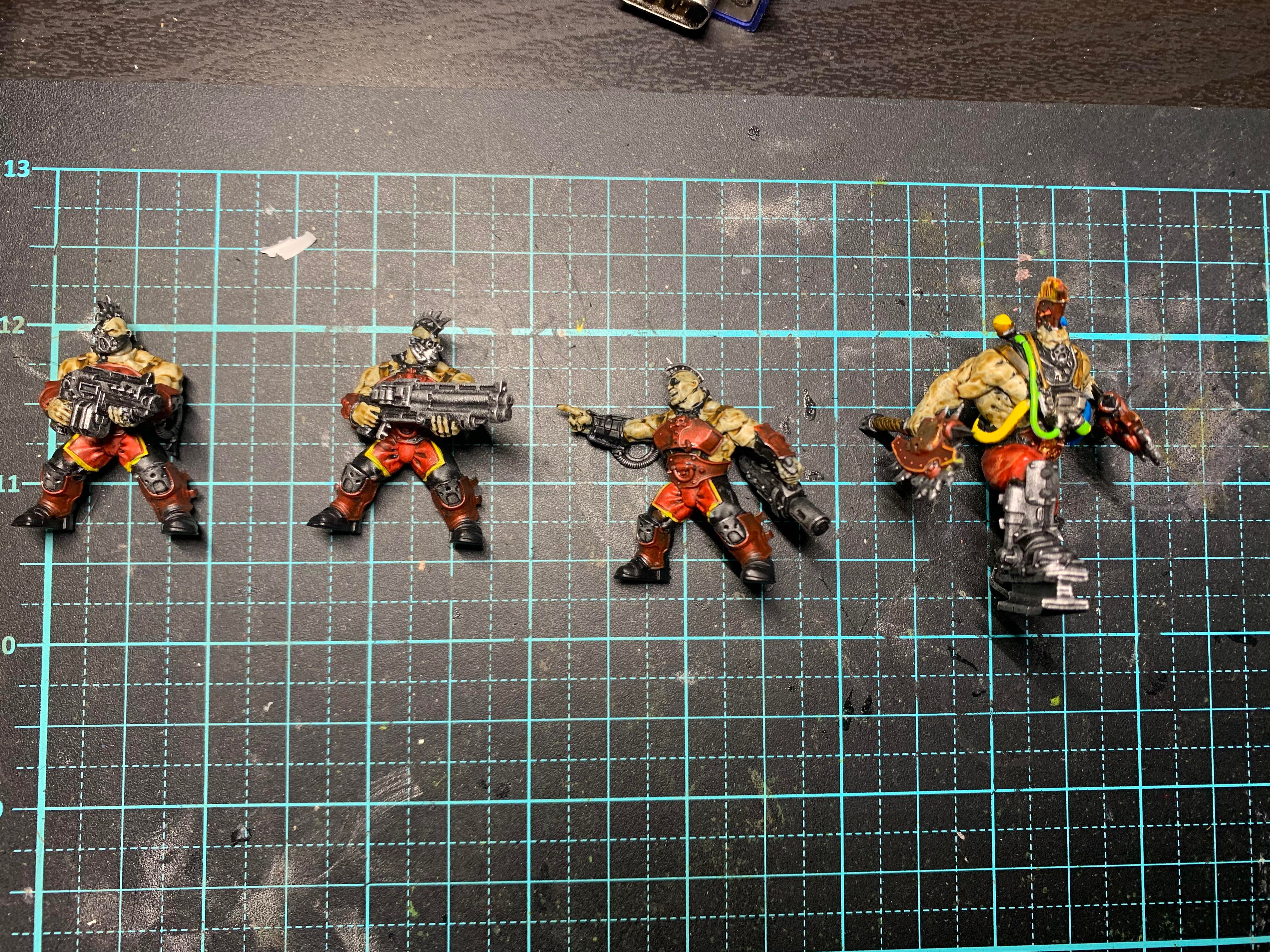 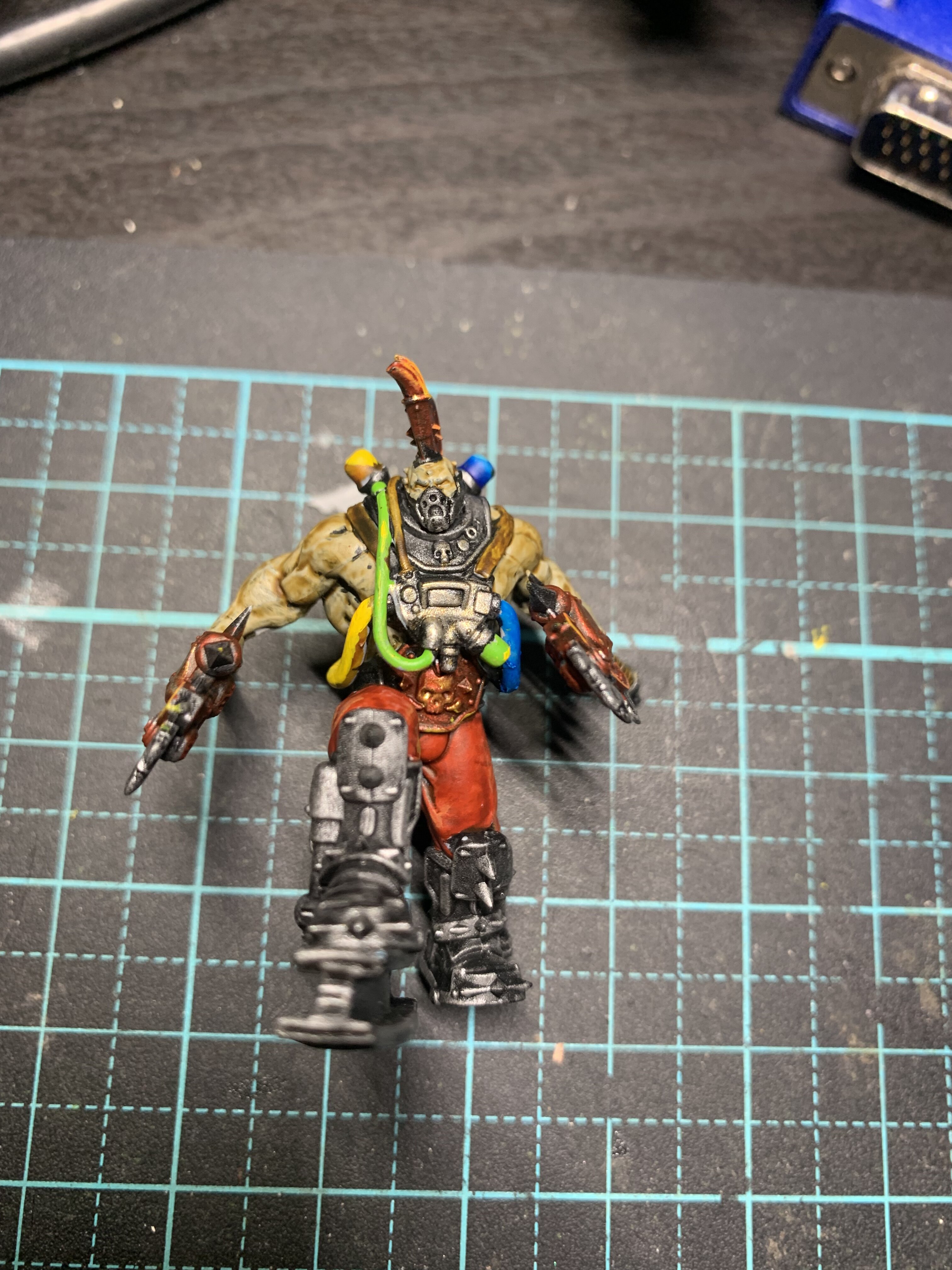 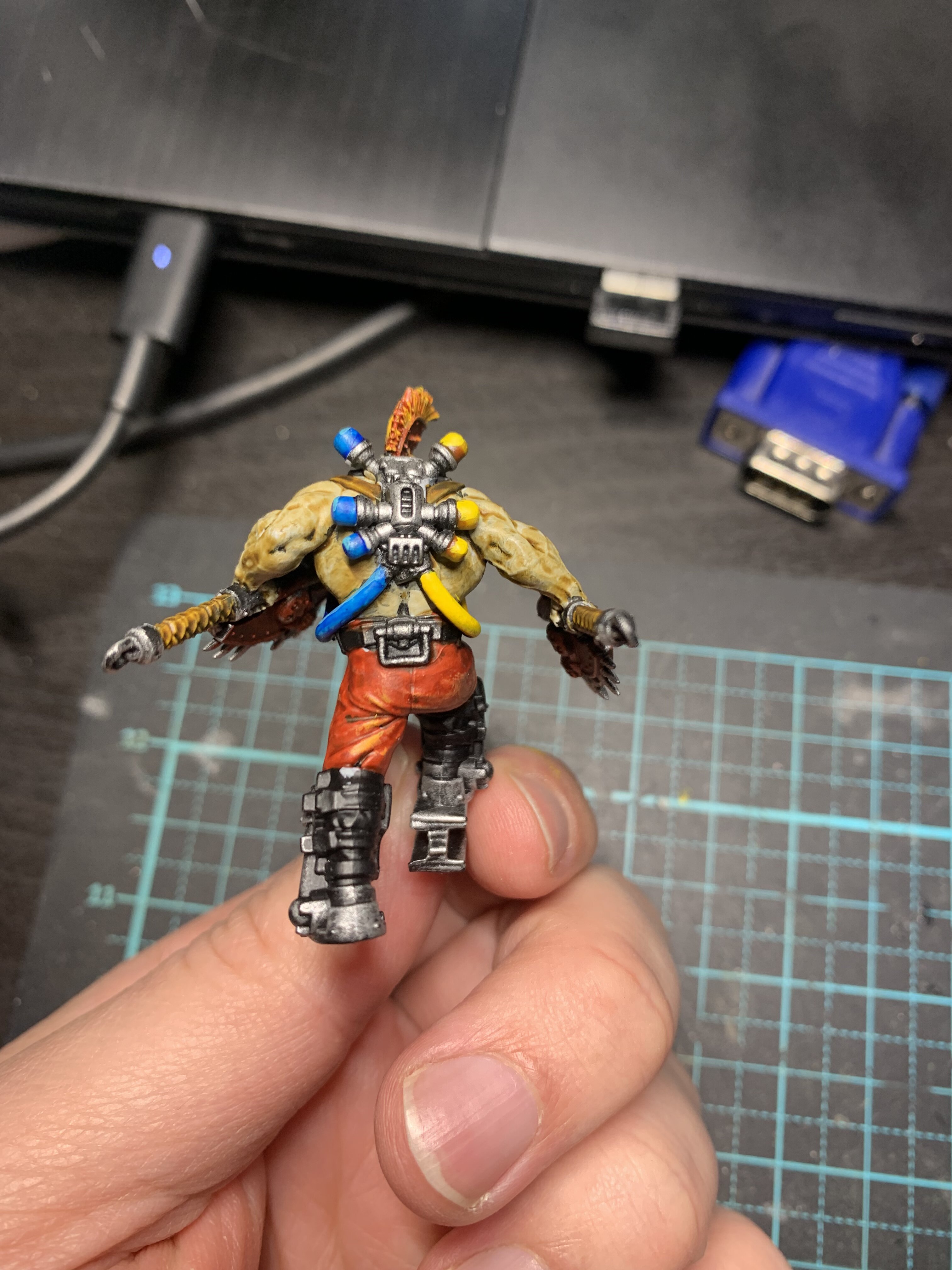 It’s been a while since I uploaded anything and it’s not Necromunda but Stargrave that has me picking up the paintbrush. 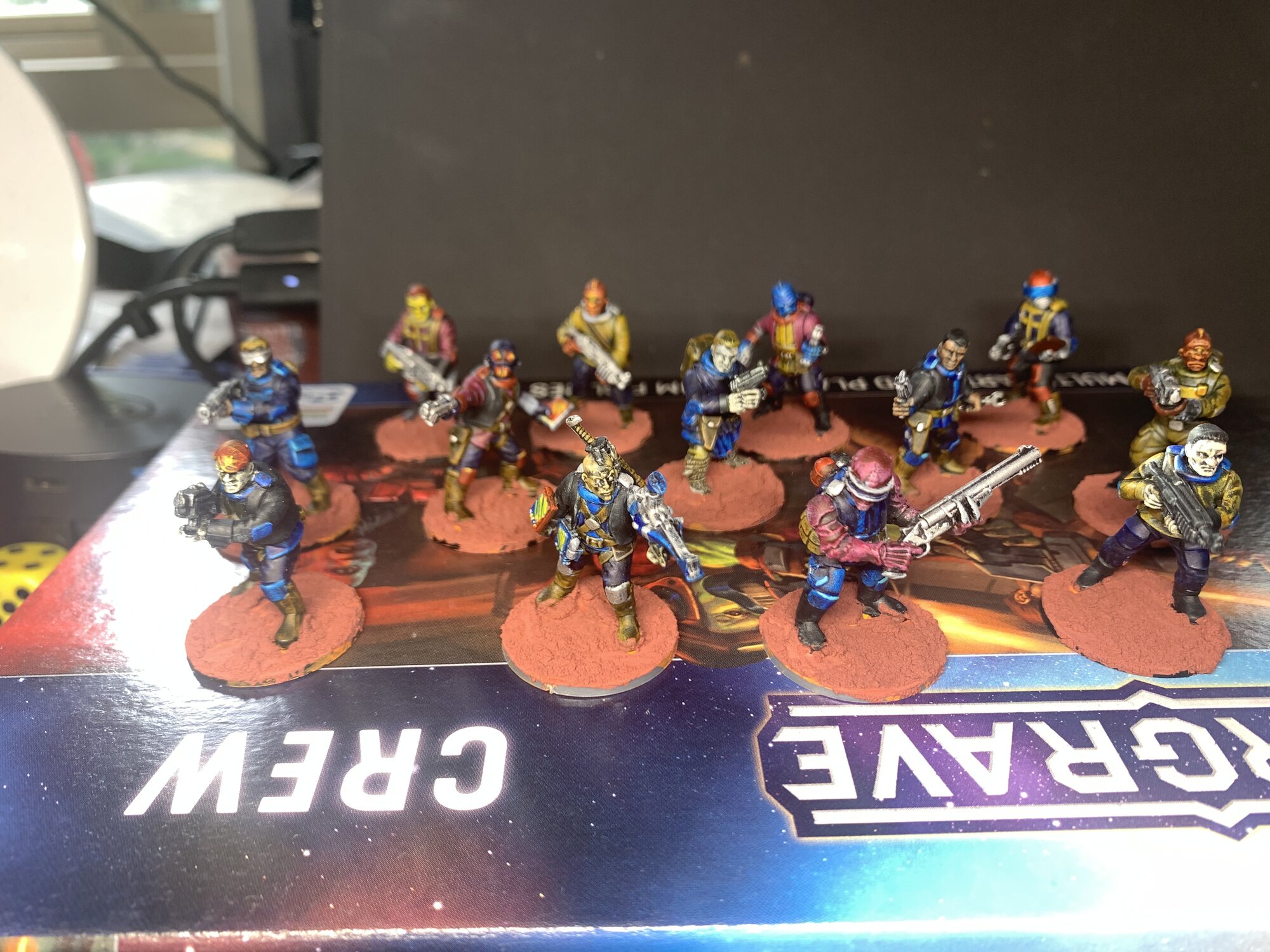 So here is the start of my yak comp 40 entry being the ever trusty SS Fenek (name may change to something more pregnant sounding) coming together. 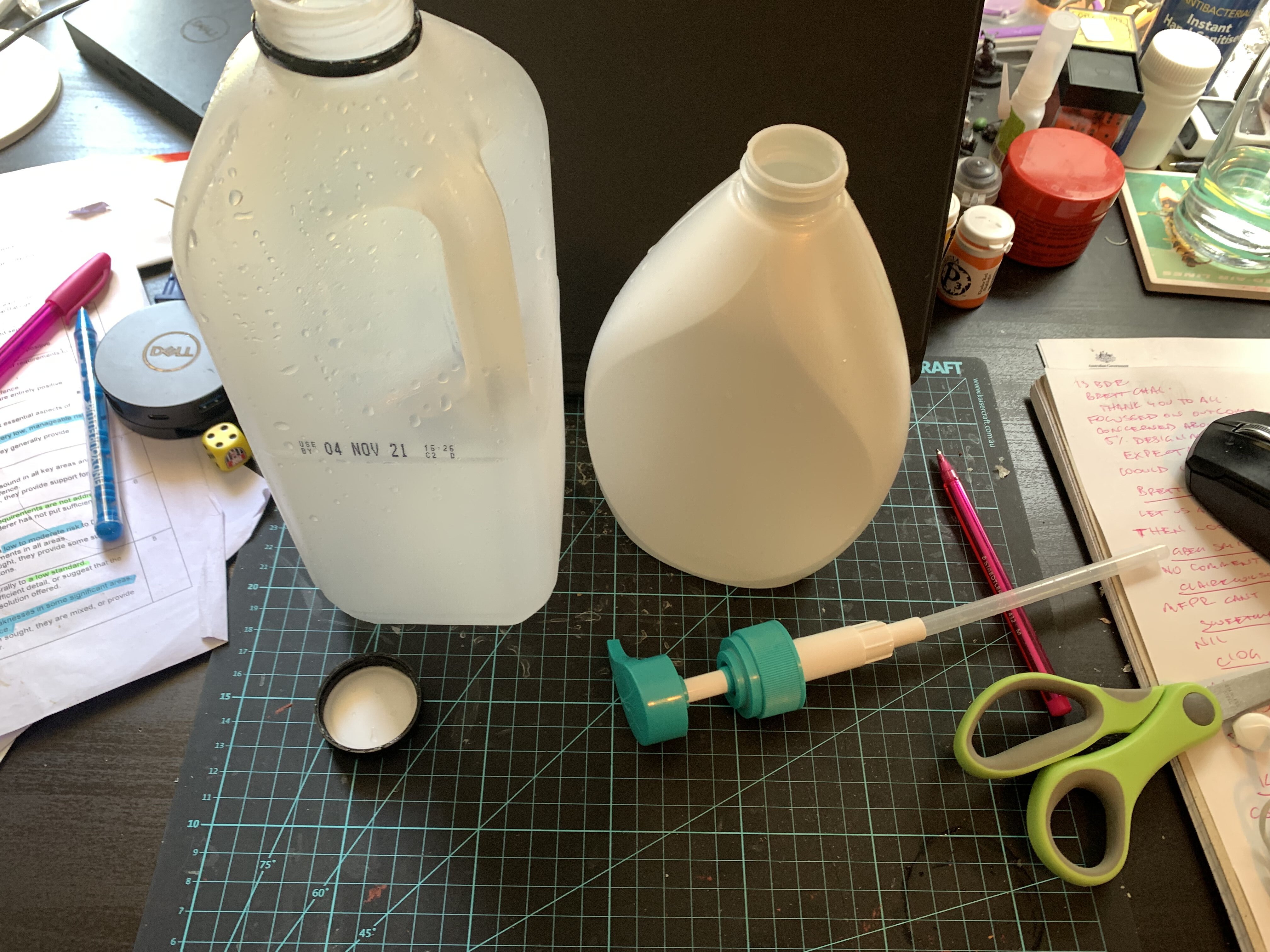 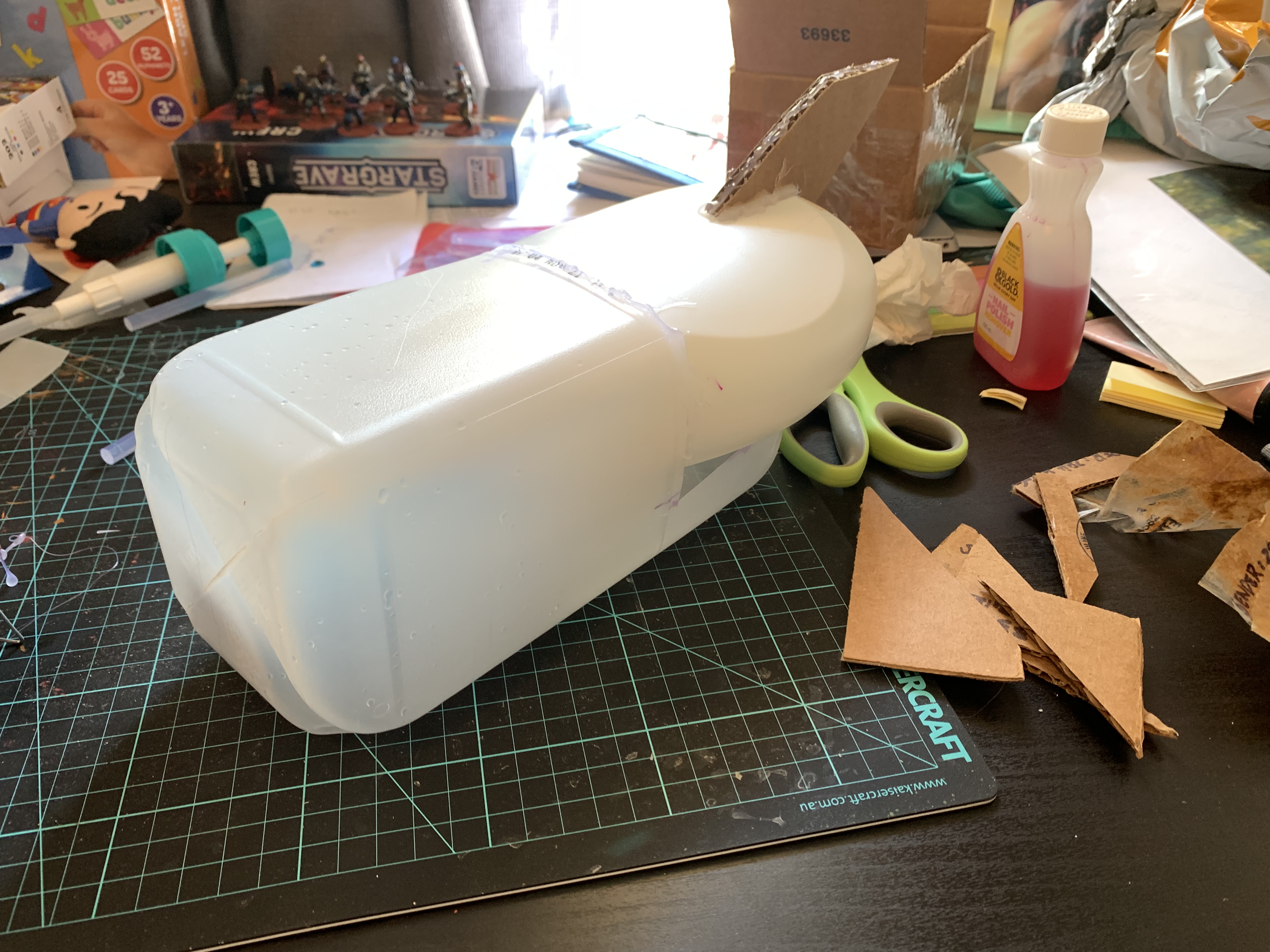 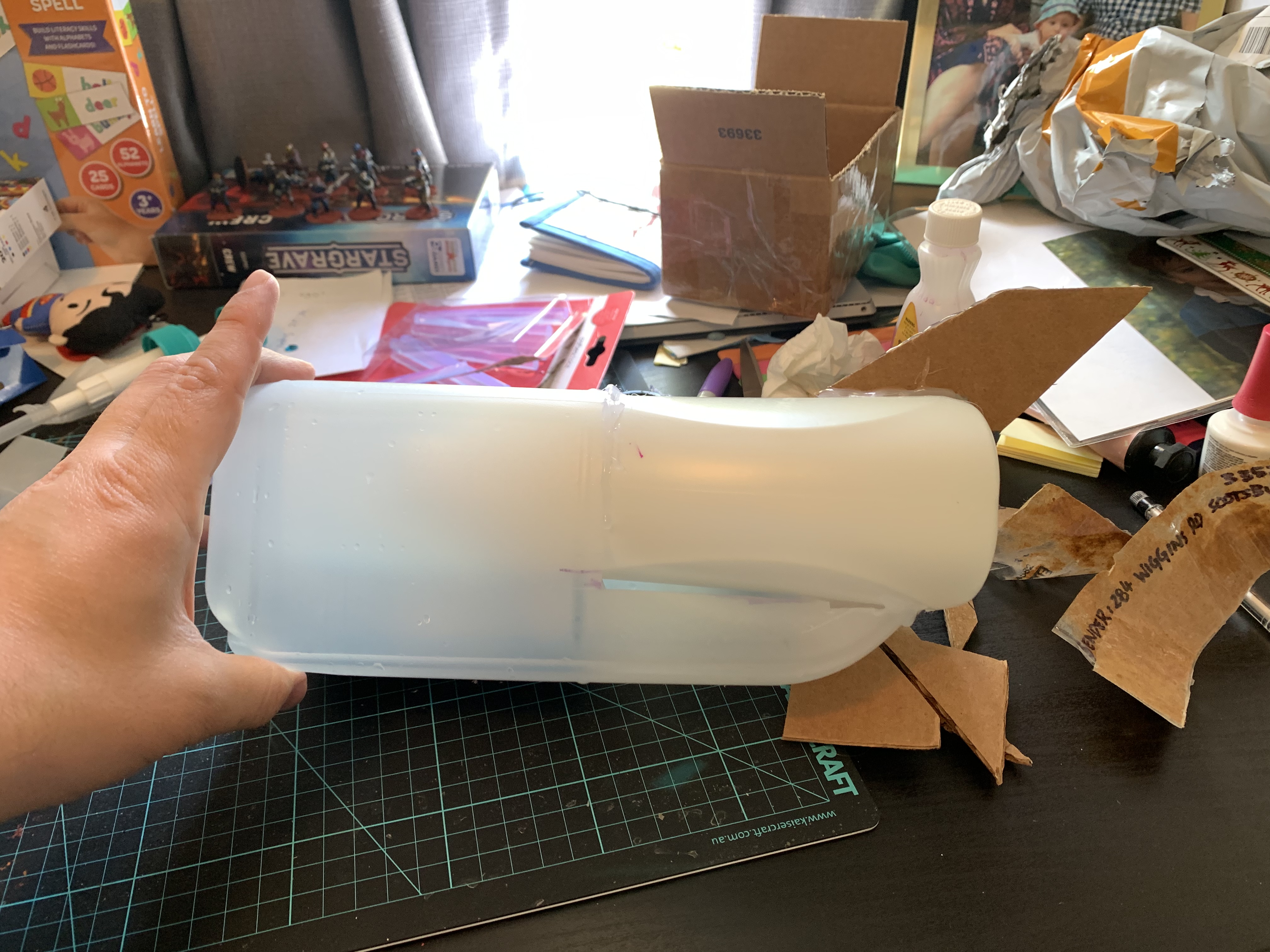 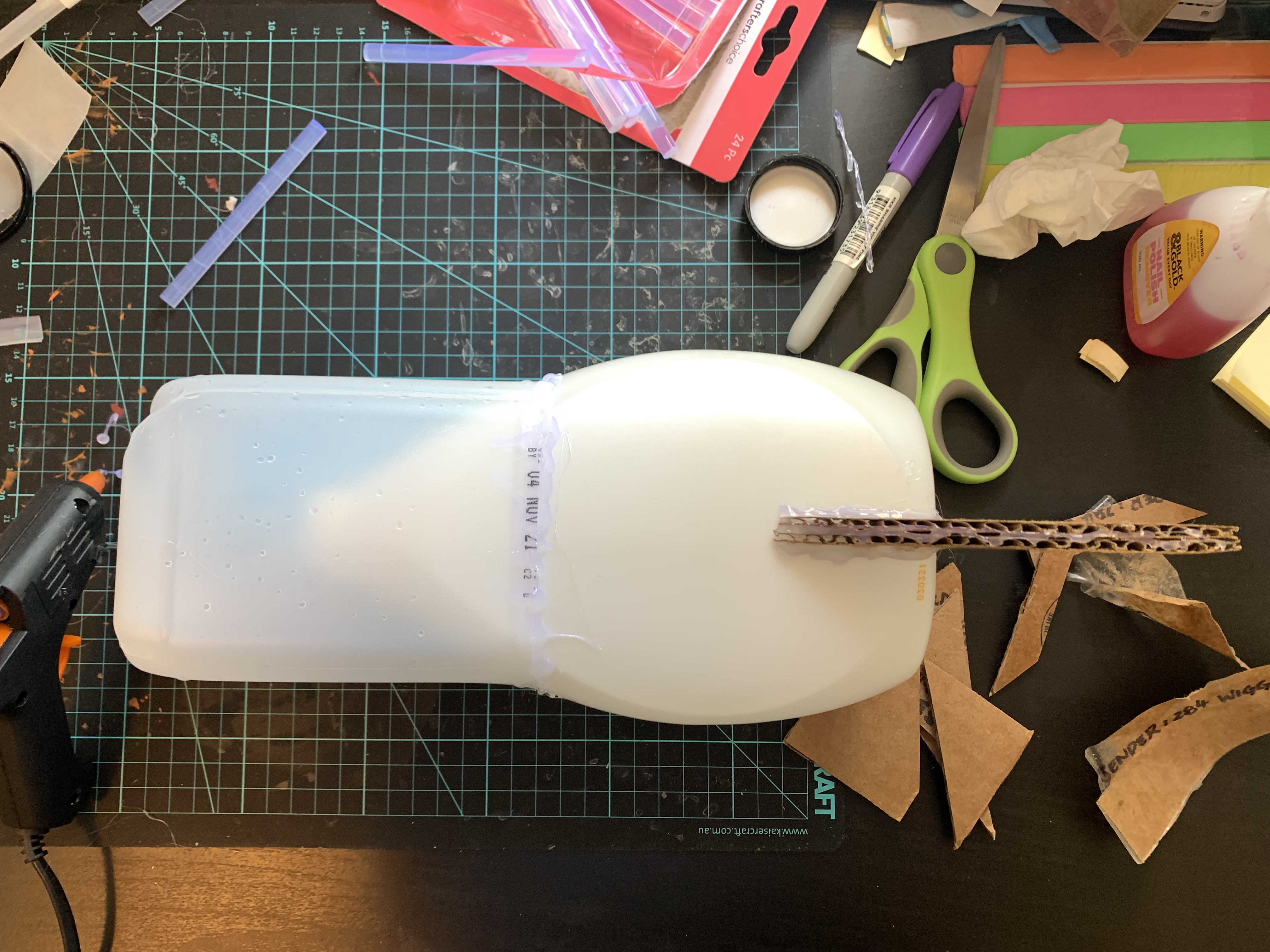 I think it’s got a nice starting shape and my intention is to fill it with expanding foam and then shave back some of the excess to suit the required curve.
Reactions: spafe, Pagumb, Crazy Ivan and 5 others

Not a lot of movement on this one other than that I decided that it would look much better if I flipped it around completely so the front is now the back and the back is now the front.

You can also see some side rockets I have made and some freebies that need to be attacked as well. 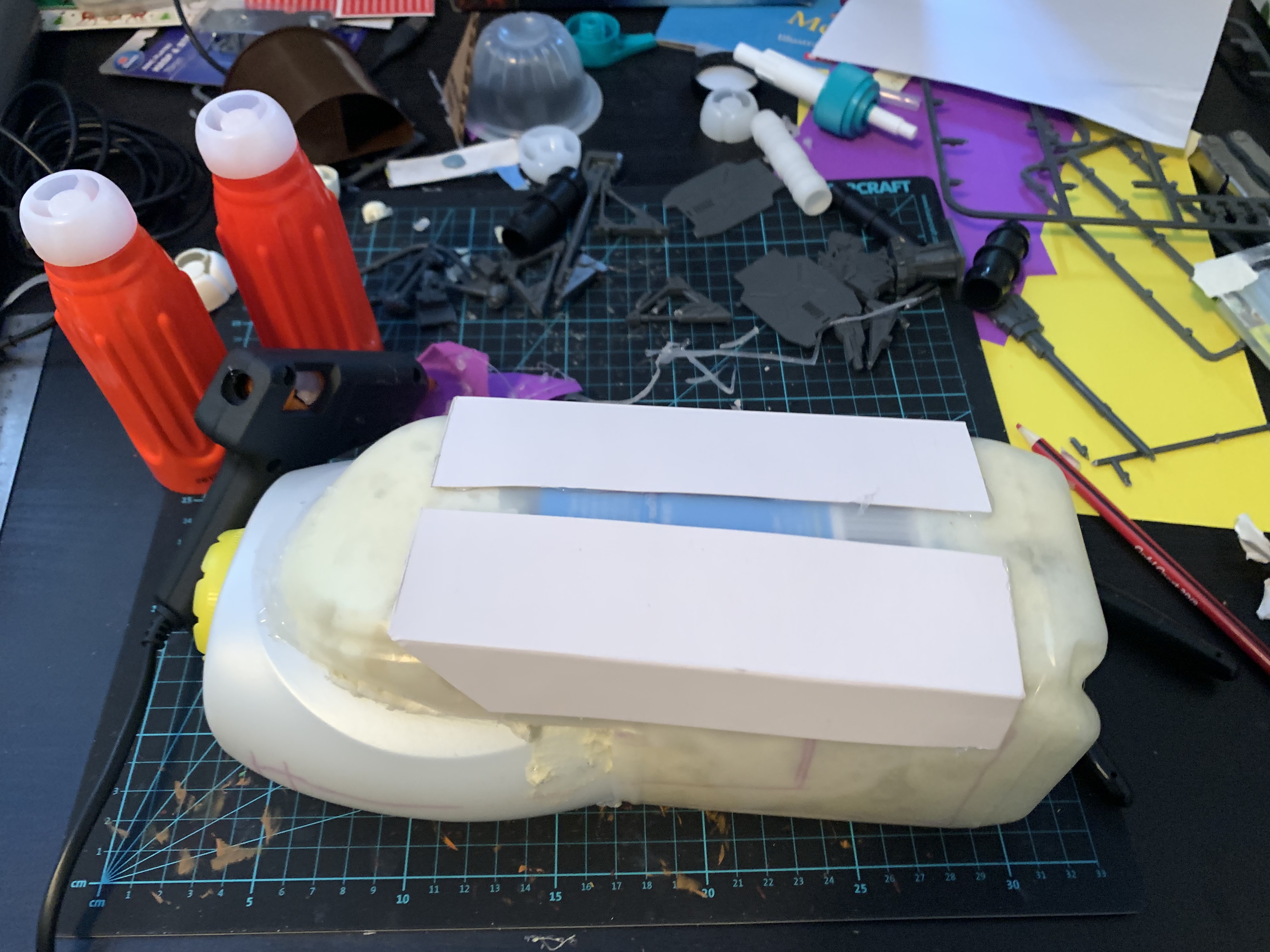 The random fighters and doggies got spray painted black three days ago and dry brushed two days ago. 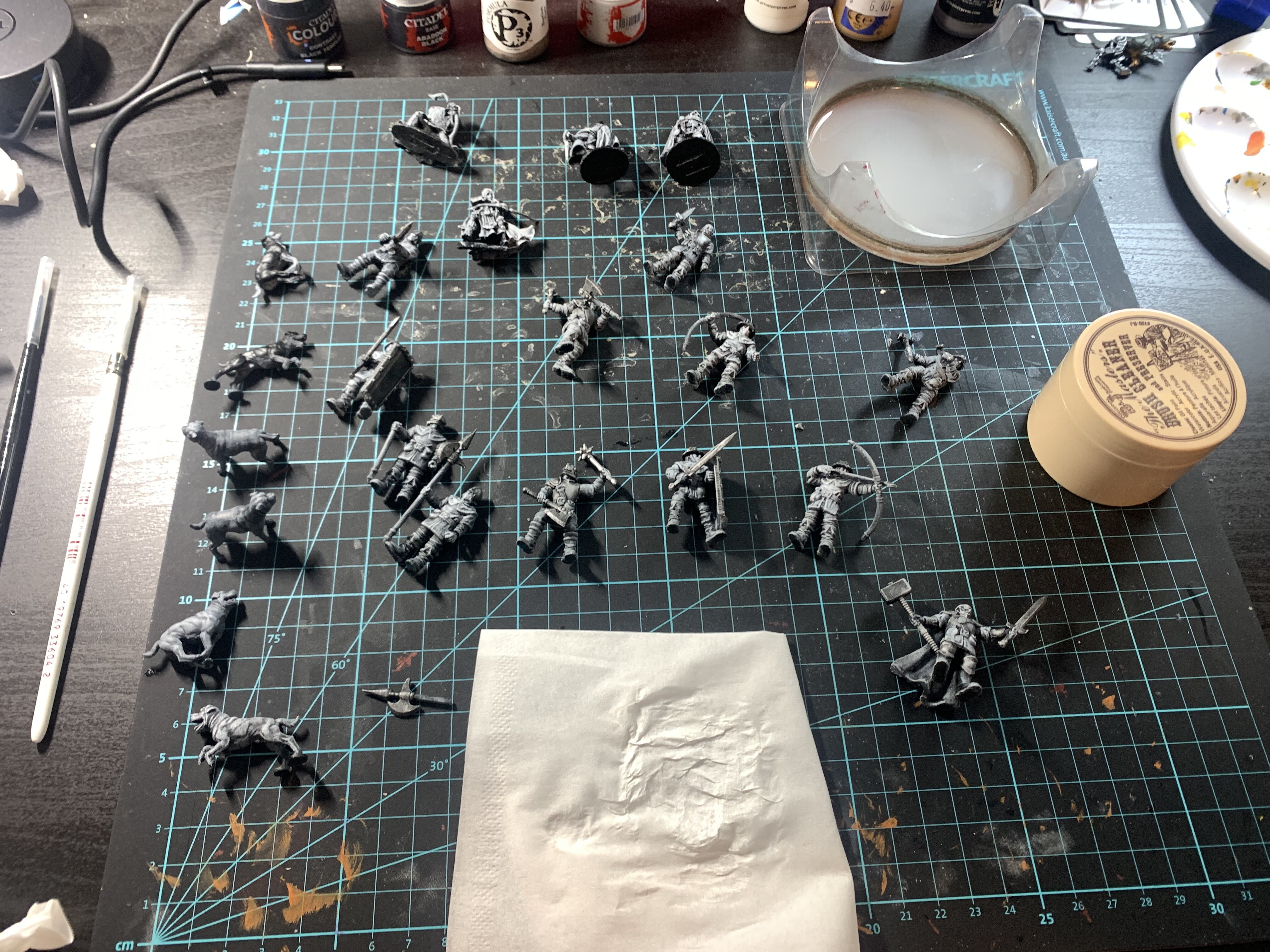 The box of random monsters, wizard says fan fighters got spray painted at the same time (three days ago) and are waiting for their dry brush of grey and white before getting contrast added to them. 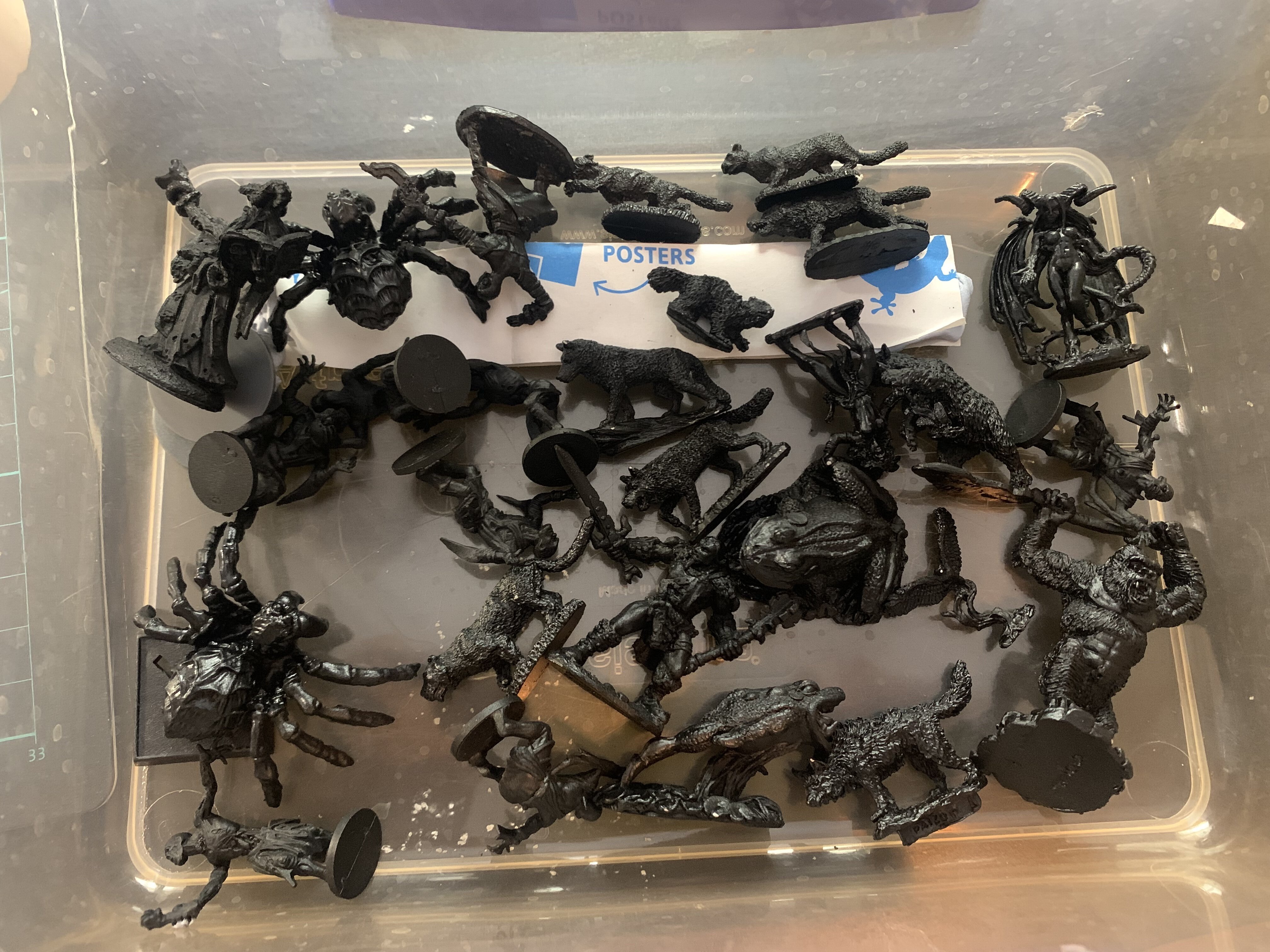 The plan is to have all this finished up in the next two weeks…
Reactions: trollmeat, Ben_S and Crazy Ivan

I was flicking through Yaktribe and noticed someone in another thread I follow say something about a beast master for Yakcomp and twigged that I should take a photo of what I was doing and enter Yakcomp…
Reactions: trollmeat

So a little bit of progress on the yak comp painting I have finished a couple of soldiers, thrives and their dogs. Unfortunately not yet based. 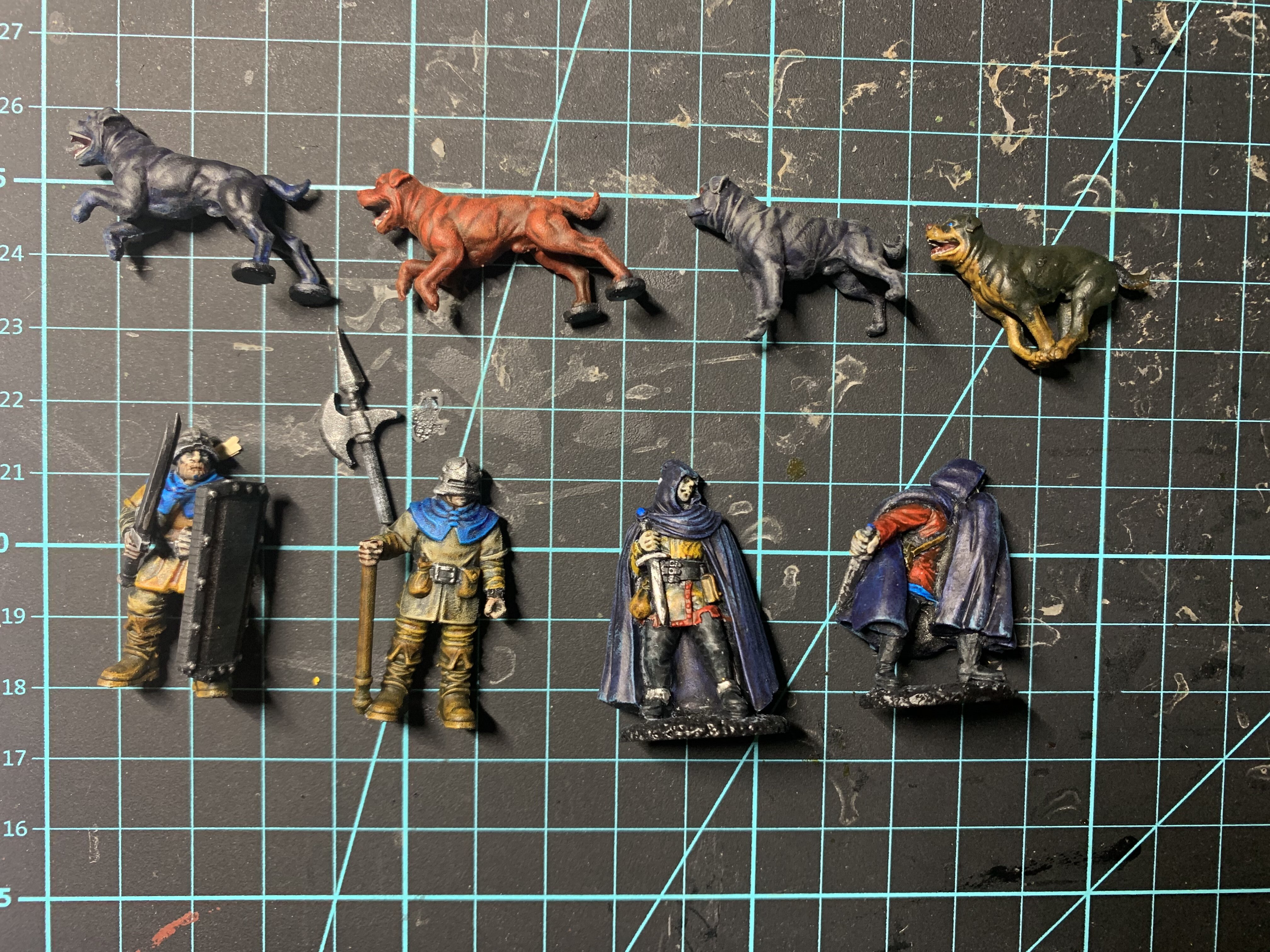 And with a new campaign starting on Monday I have prepped and painted a new Van Saar gang ready to start shooting some corpse grinders. 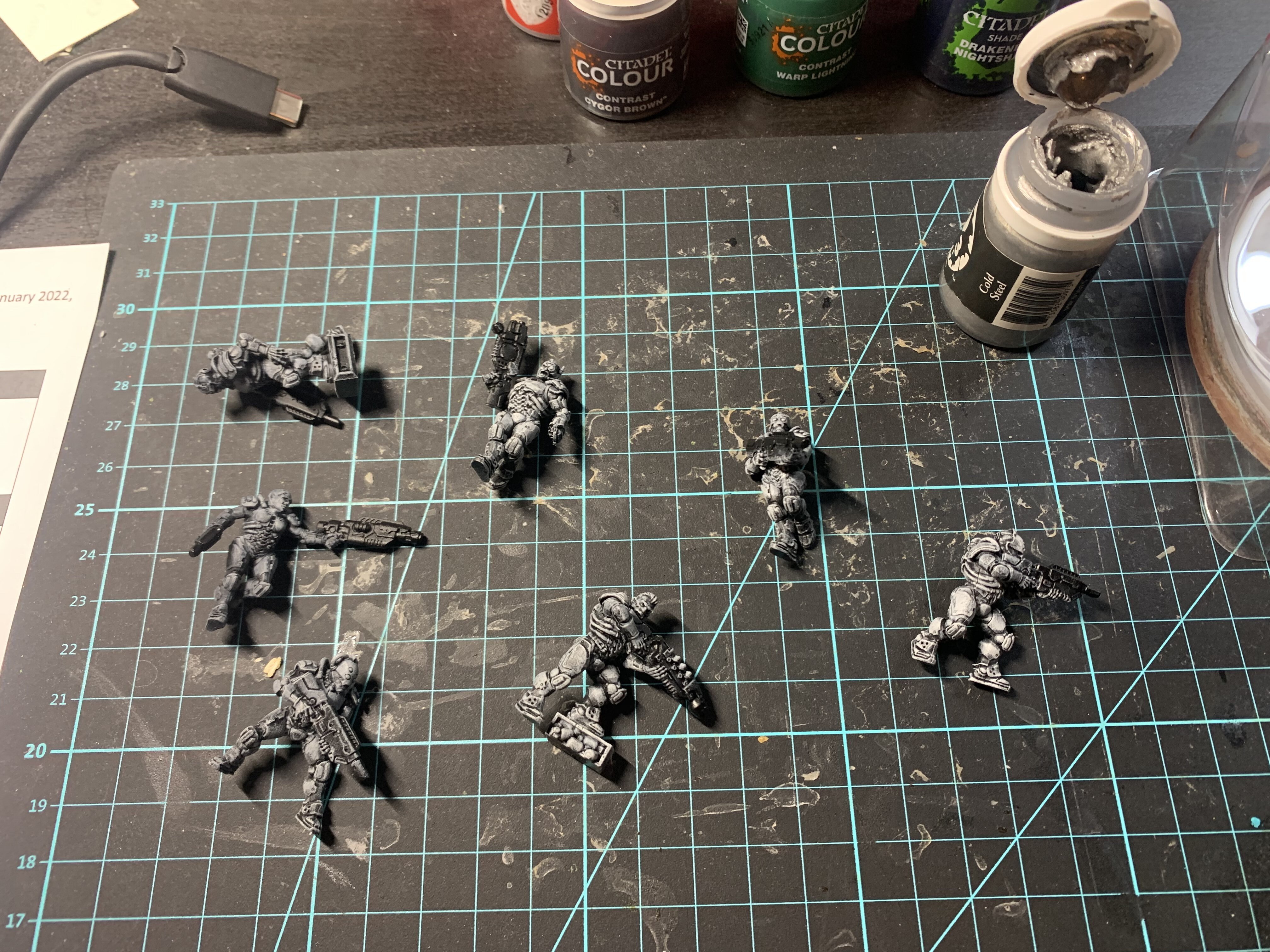 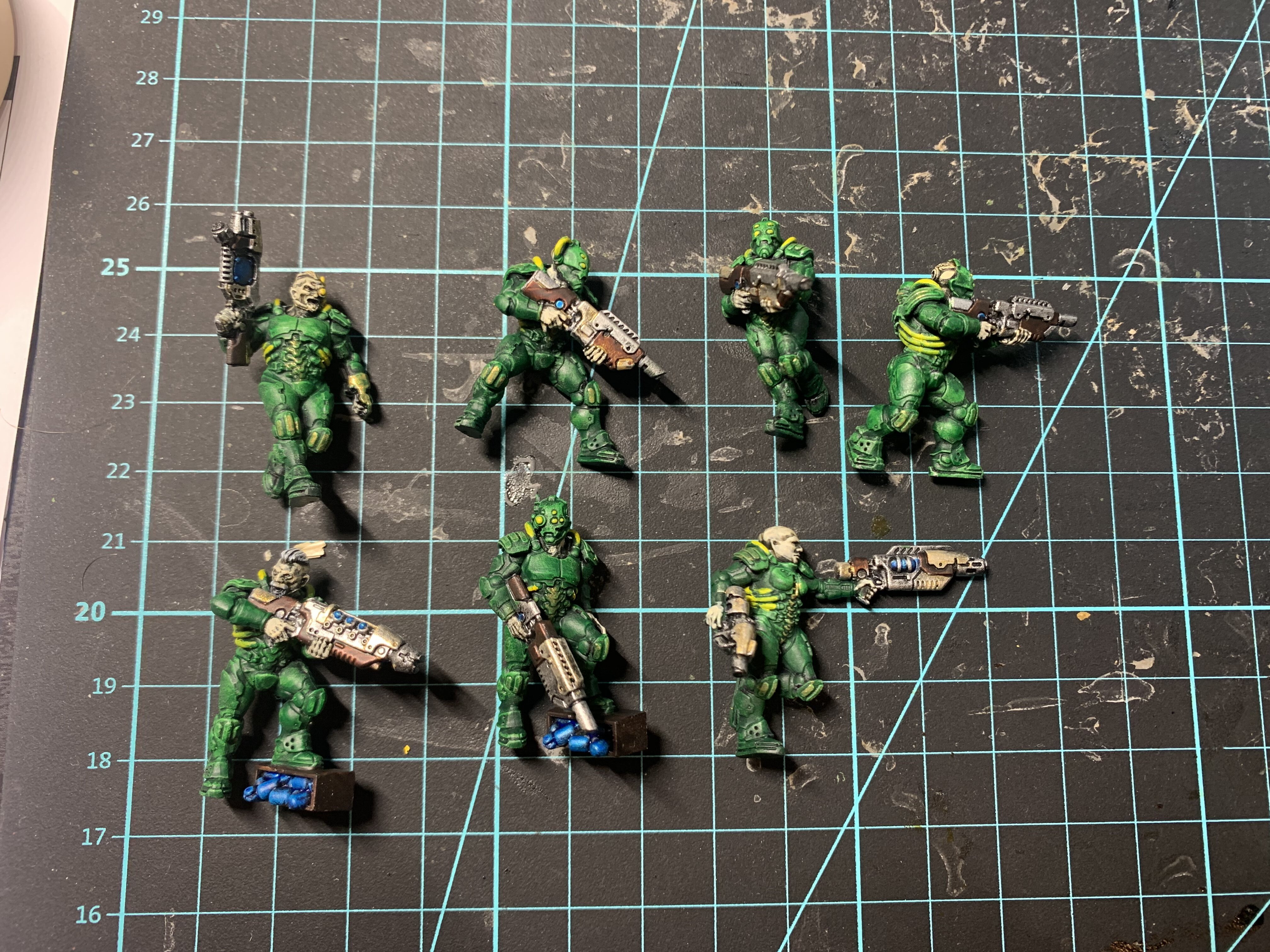 Reactions: cainex1, Ben_S, Greenthumb and 3 others
Show hidden low quality content
You must log in or register to reply here.