Man, I think I would just go through and buy all of that if I could afford to! 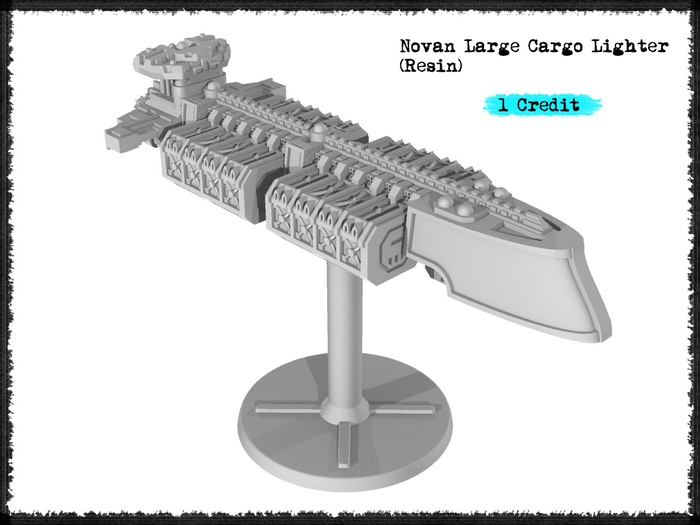 Because we're getting good takeup on the STL set pledges, that means our projected cost burden drops somewhat from our highest margin, and we can start unlocking a few physical model kits...

The Large Cargo Lighter is 85mm long, and will be supplied with one of our clear plastic bases.
Click to expand... 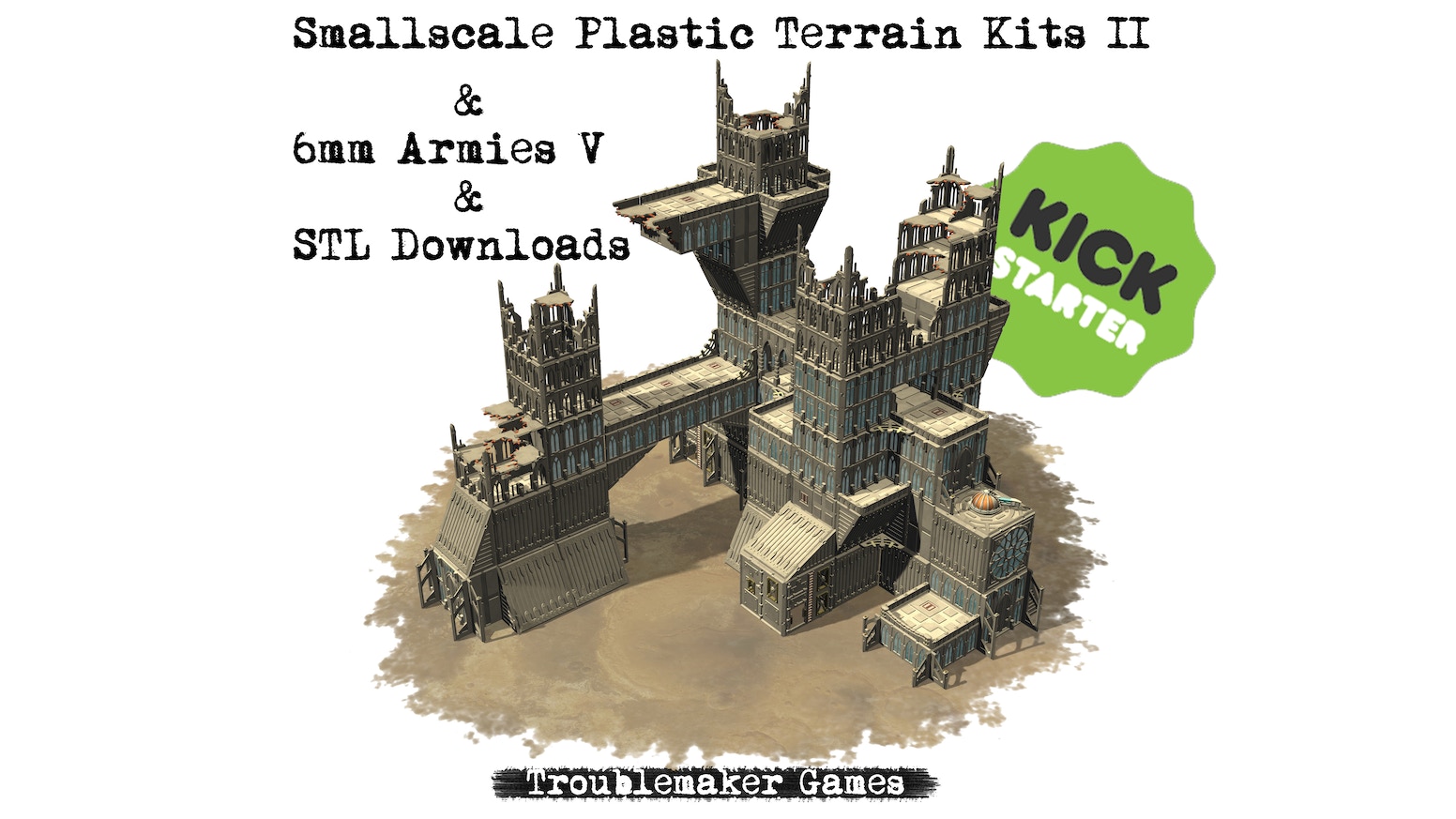 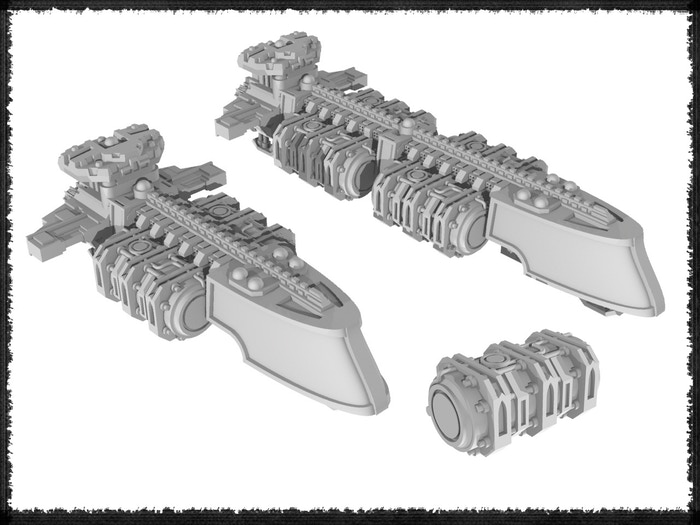 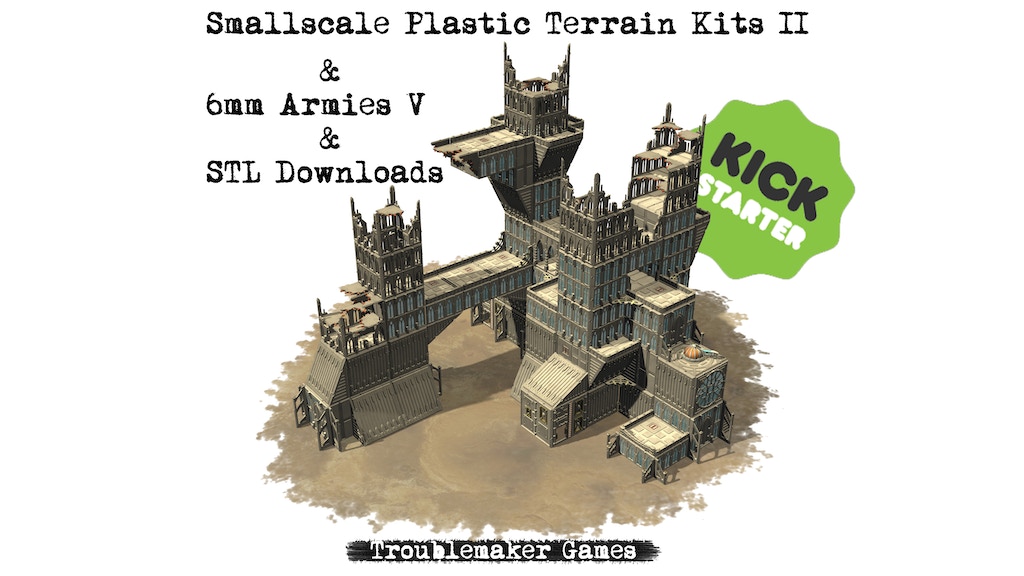 Today's new STL files to add to the 3D STL Download SET B are:


Please Share the campaign to your pet goldfish, once every thirty seconds. 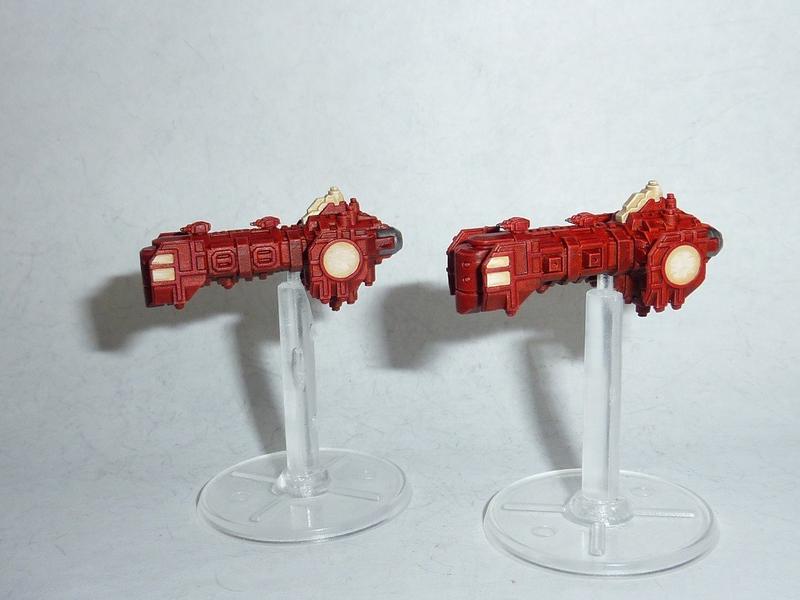 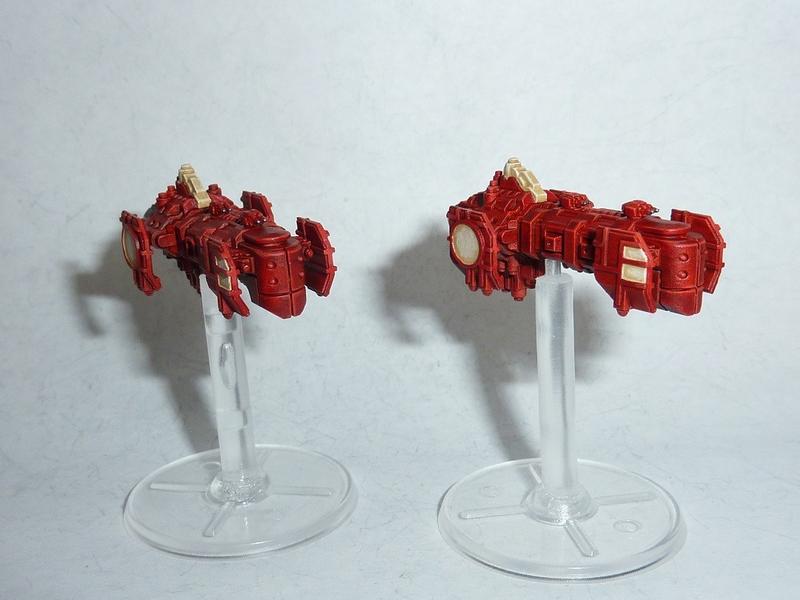 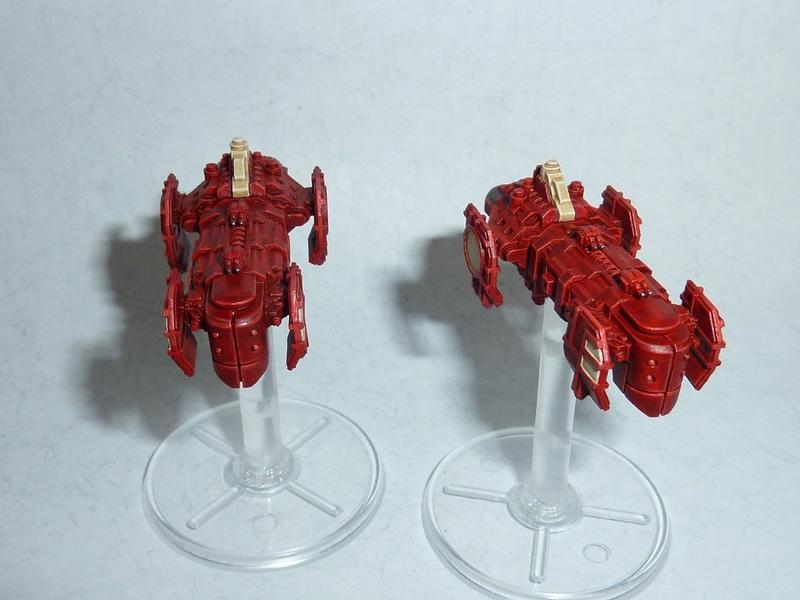 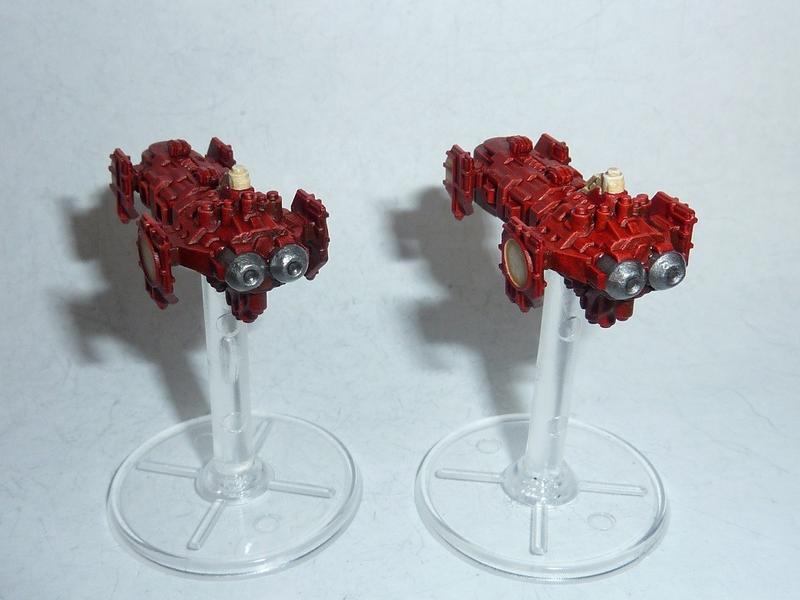 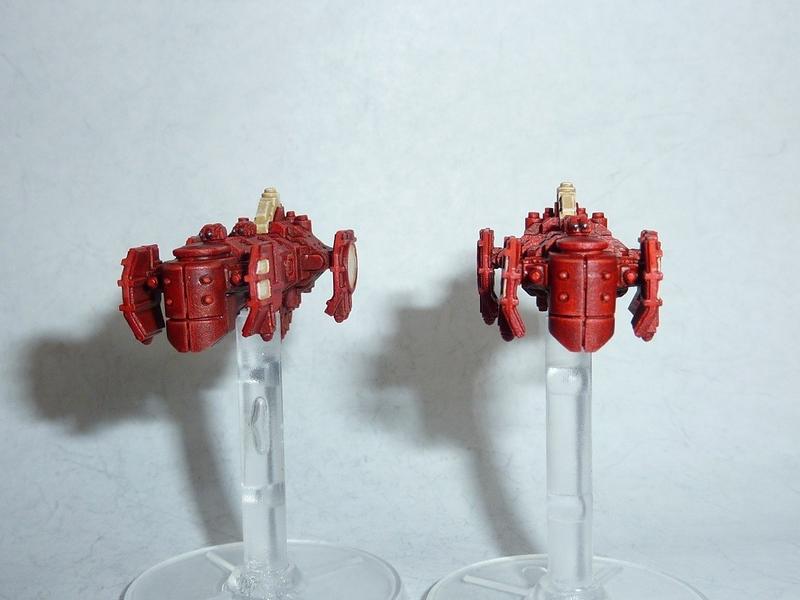 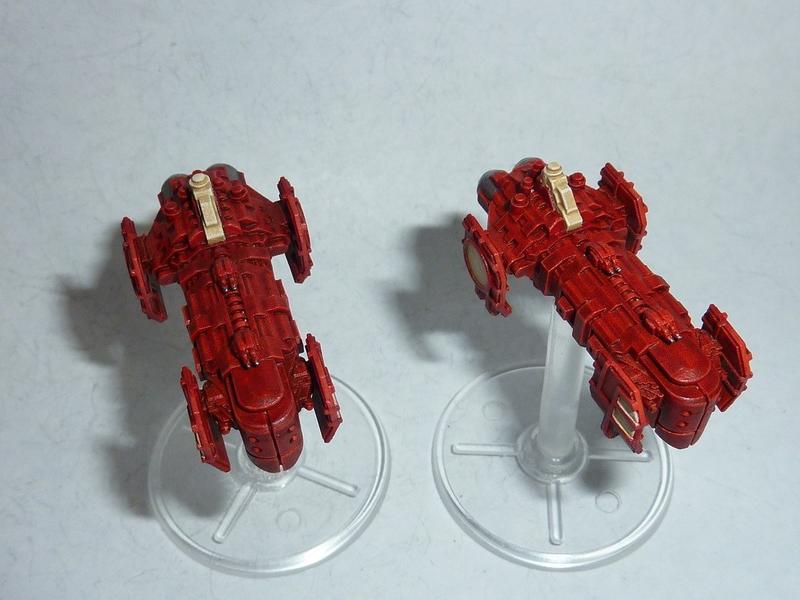 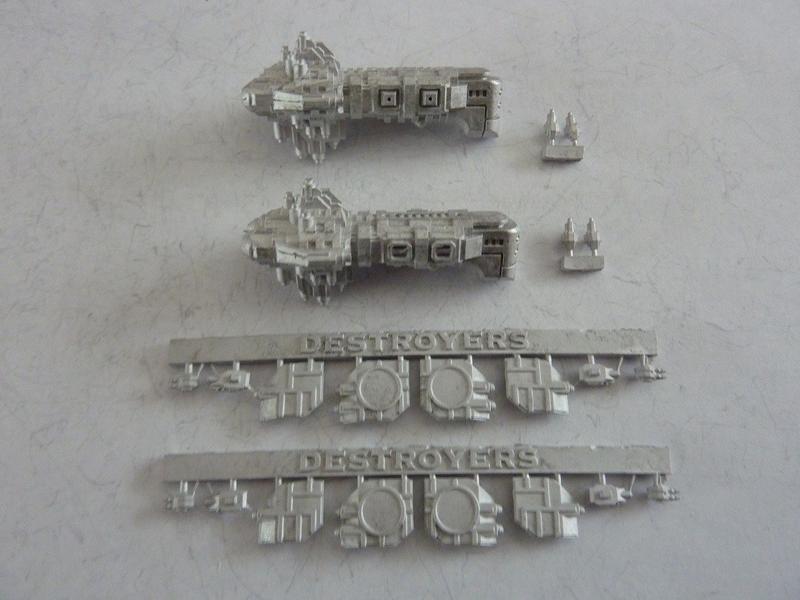 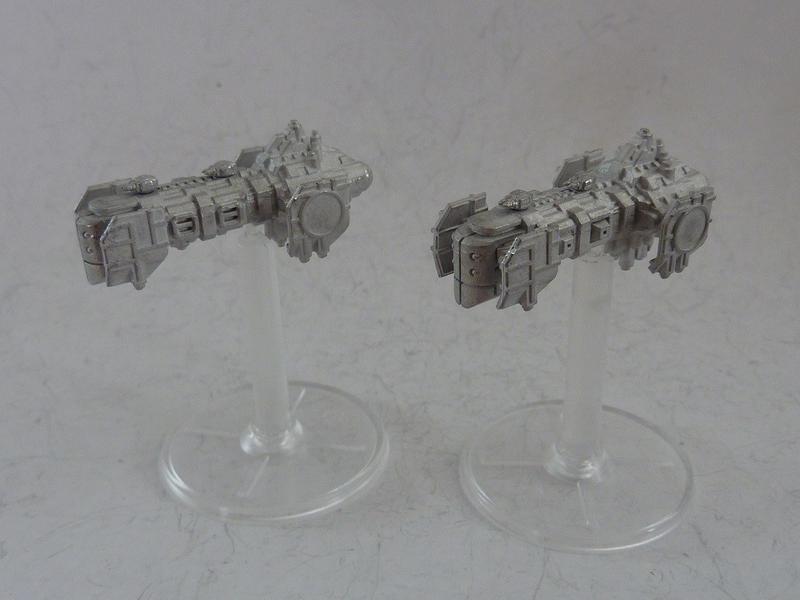 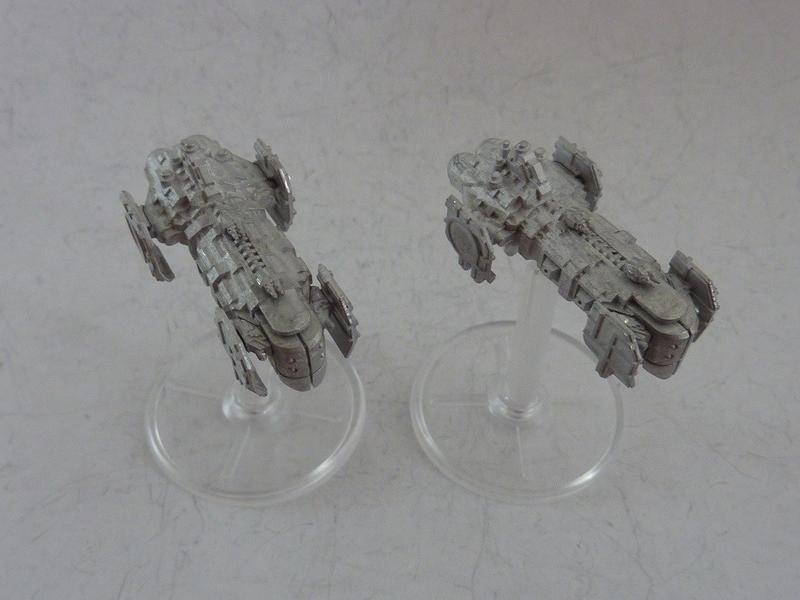 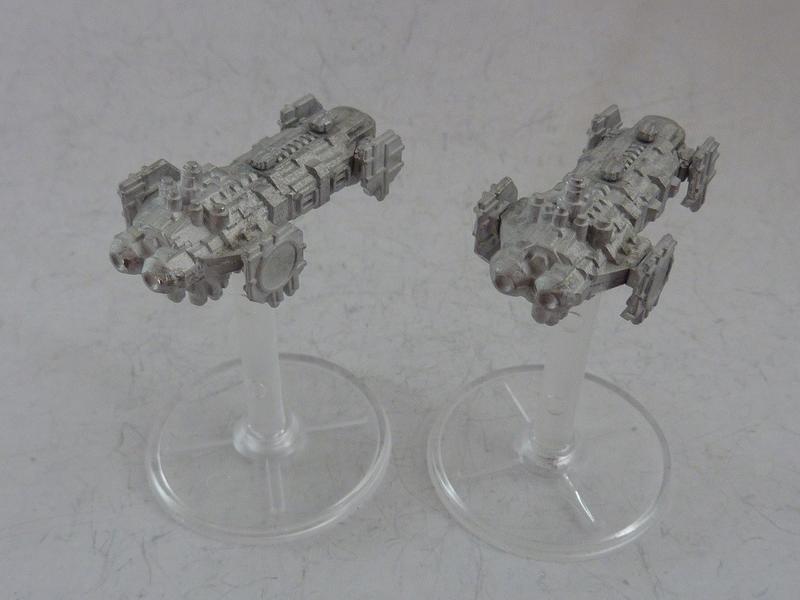 Lynx class Destroyers are small and fast craft that are capable of quickly delivering their deadly cargo. For its size the Lynx is heavily armed, making it a jack of all trades. Its basic armament includes two dorsal mounted twin turrets to take out incoming ordnance which can be replaced with planetary bombardment cannon as the mission dictates, and two pairs of prow torpedo tubes. Its broadsides allow for different types of weapon systems which can be changed whilst in dock due to its modular design. Most common broadside configurations are either weapon batteries or launch bays for a small compliment of fighters and assault craft.
Its diverse armament is also its main disadvantage. A lot of space normally used for supplies such as fuel, ammunition, foodstuffs, and oxygen is sacrificed for the Lynx’s many weapon systems. What this means is that the Lynx needs constant resupplying, making it incapable of long independent missions away from sources of supply. Because of this the Lynx is often deployed on short duration missions only, when not operating as part of a larger battle flotilla. 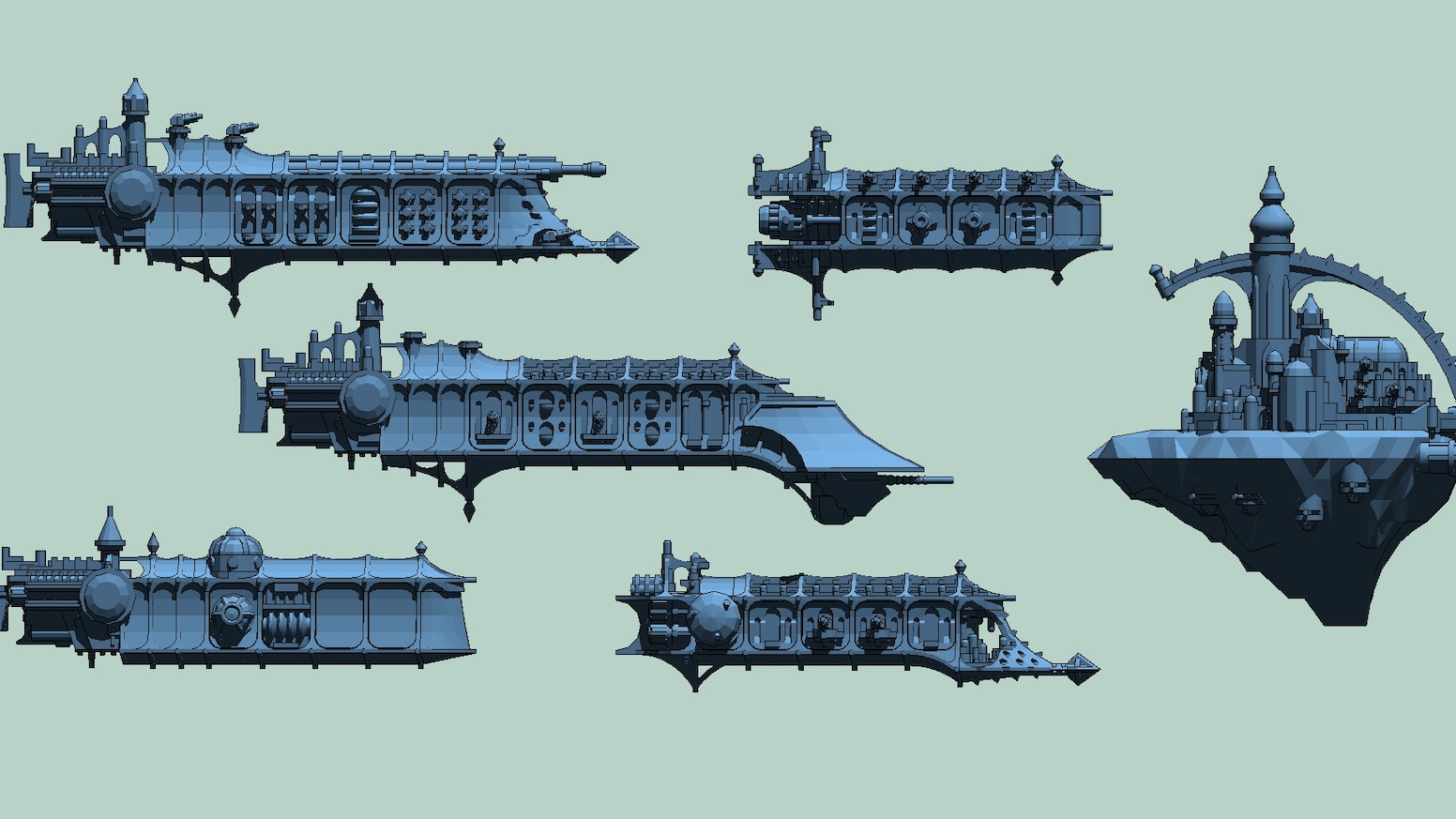 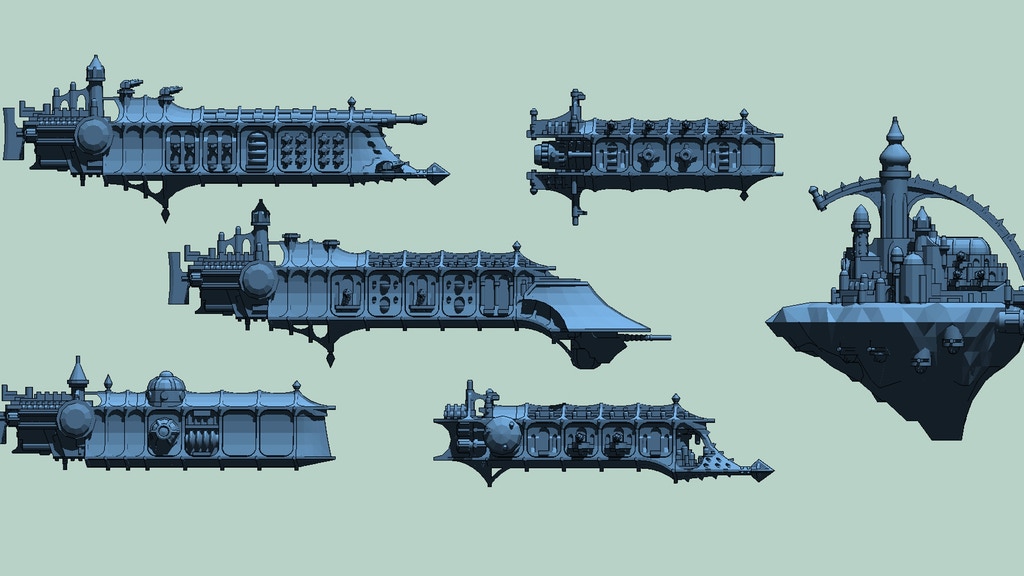 i rescaled these based on the measurements i could find online from various sources unfortunately its not a full set of ships but its a good start :)

Recently found a RAFT of BFG printables over on Thingiverse. Easy to search up. I have gathered a few together at

drive.google.com
to give some idea. Not only Chaos and Imperial, but a full suite of ship types.
Reactions: Tiny 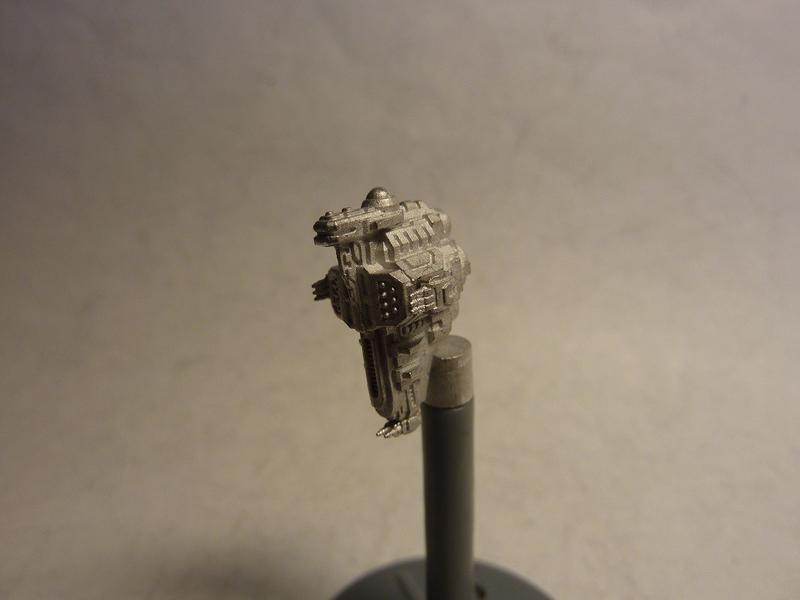 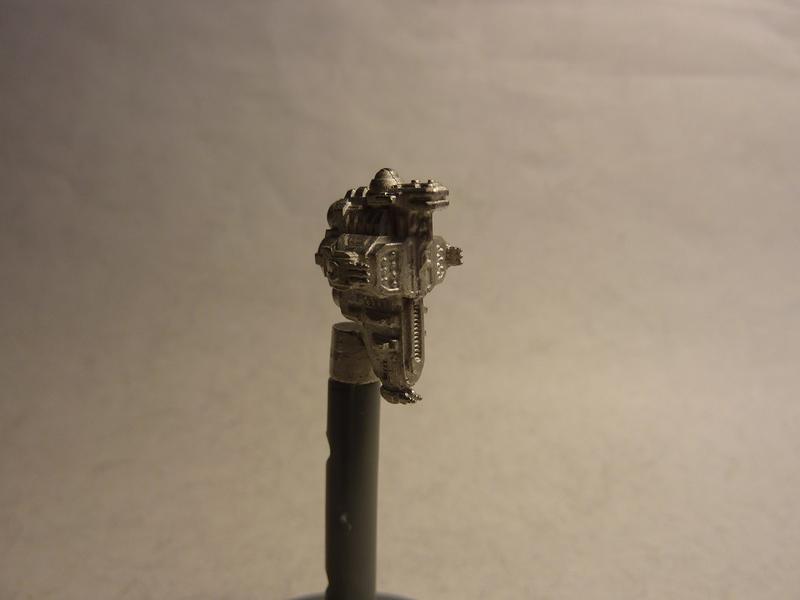 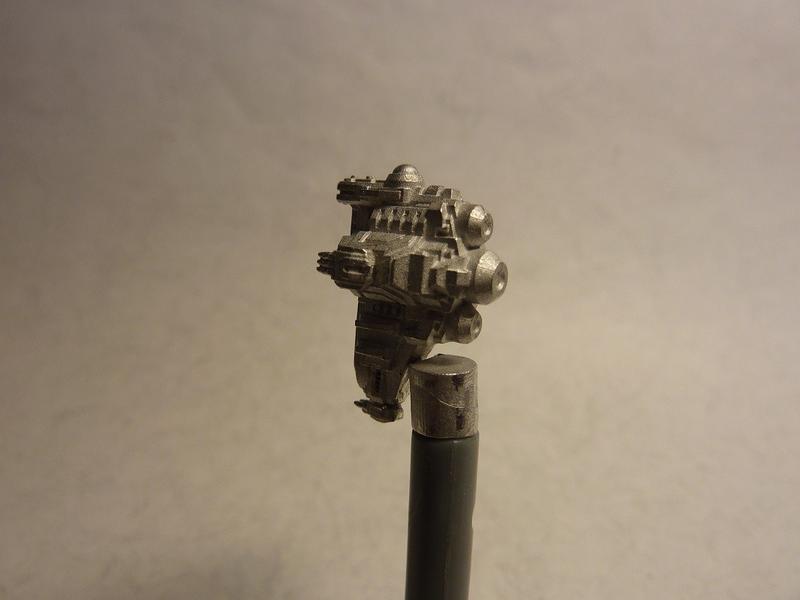 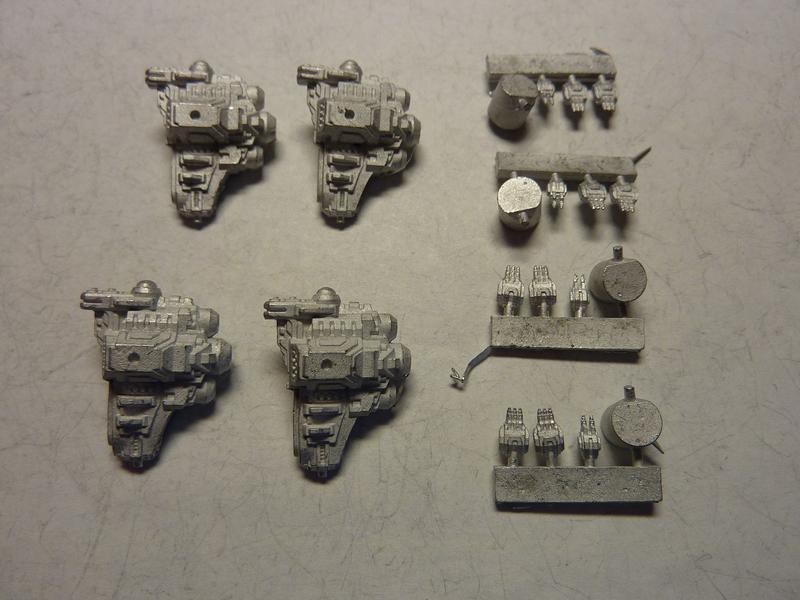 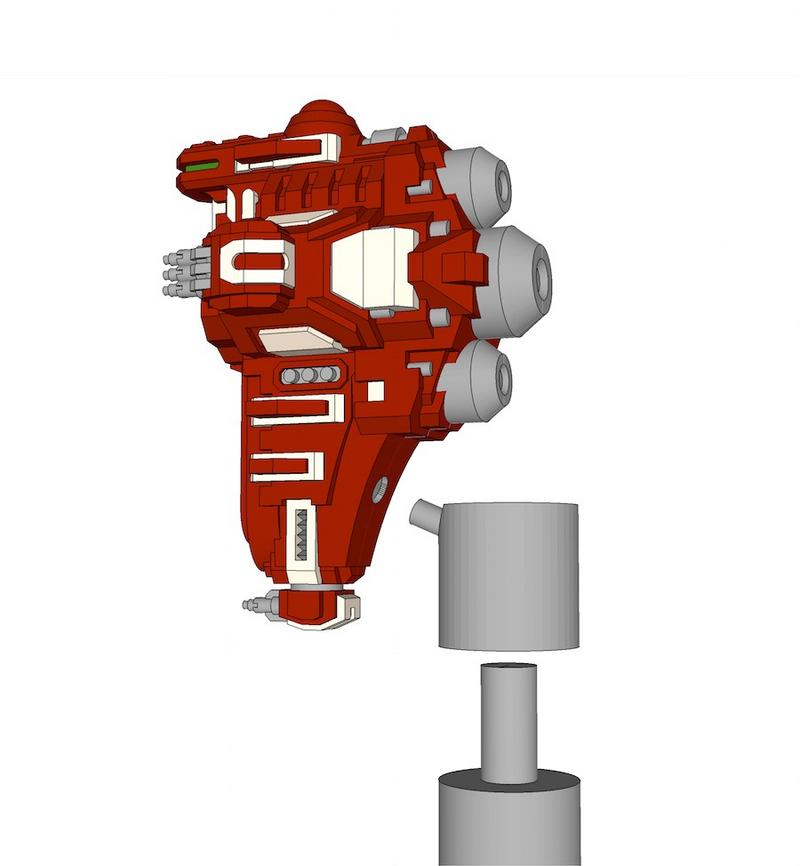 The Raider class Brig is somewhat of an oddity, too big to be considered an attack craft but also too small to be considered a true warship it occupies a unique position within the Novan navy. It serves in several civil as well as combat rolls including system patrol and policing and as a strike craft for the various fleets.

Small, agile, and fast the Raider class makes an effective weapons platform, basically a reactor housing, engines, and a bridge it is relatively cheap to manufacture and has been produced in large numbers. The Raider is however not jump capable and must be transported to the combat zone via an especially adapted and configured transport carrier which serves as mothership for the squadron. Armaments on the naval version include two torpedo batteries, a port and starboard mounted triple laser cannon turret and a ventral mounted twin laser cannon turret with a 360 degree field of fire. 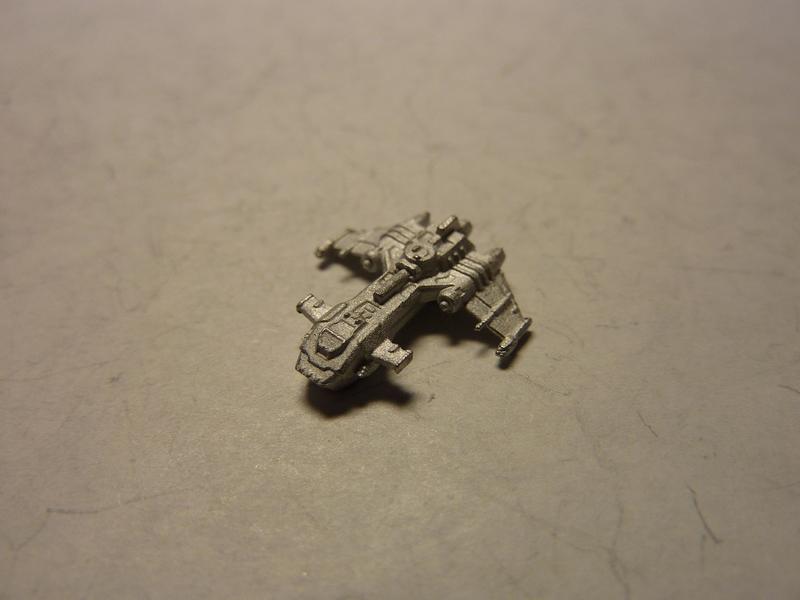 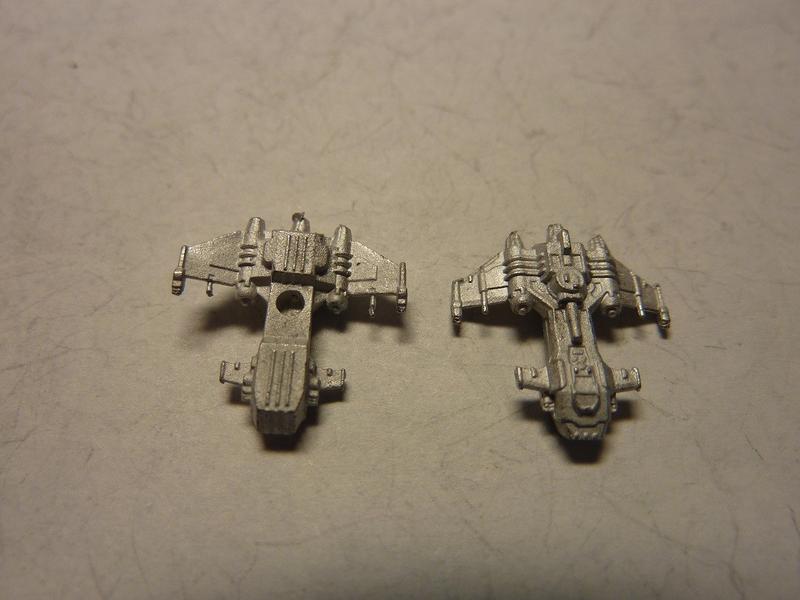 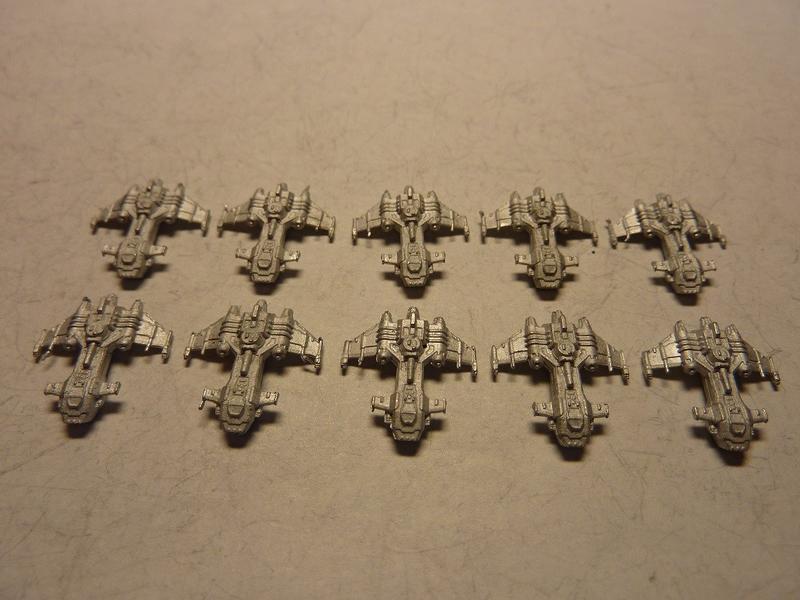 A set of 10 Novan Elites Eagle dropships for use with your starship scale games.

Note you will need to use a suitable gauge of wire to make flight stands with.
Click to expand... 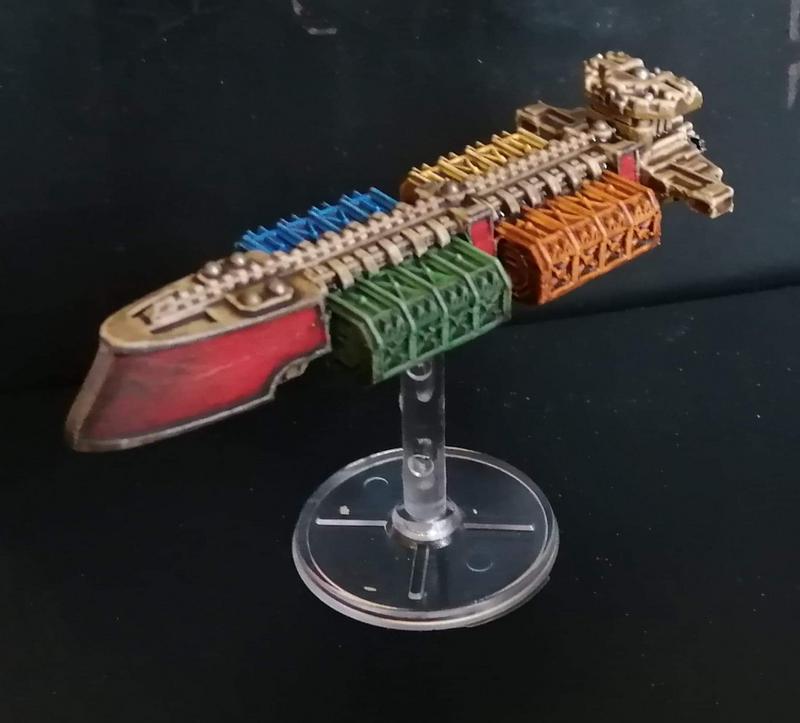 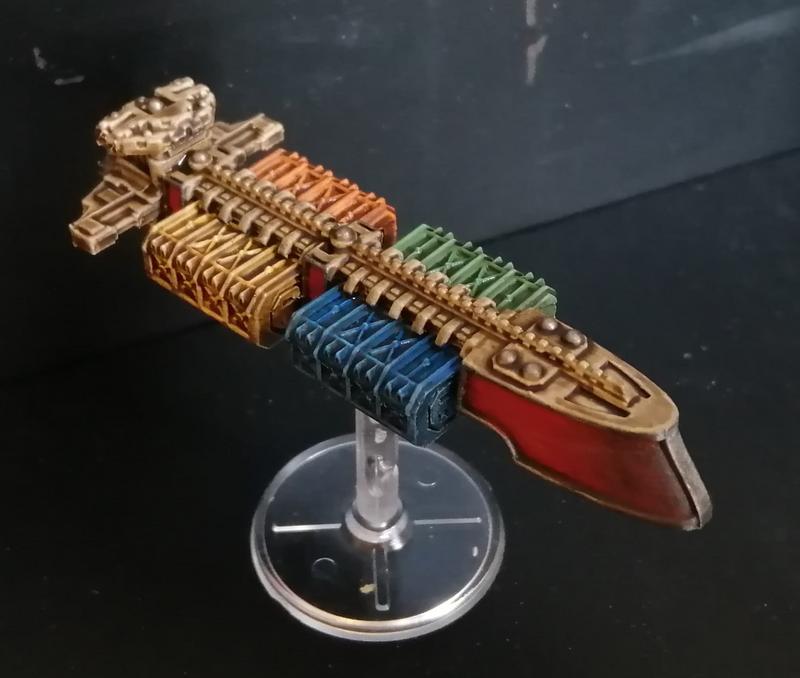 Resin casting of the Novan class B Cargo Lighter in flight mode.

Scourge Scenics have a range of Gothic Imperial Ships for sale. 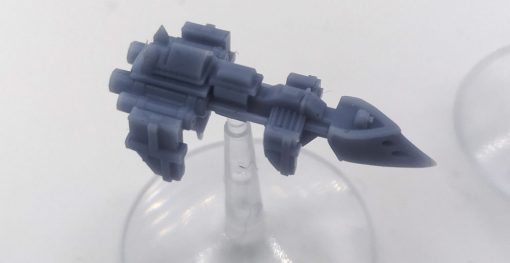 Note for myself and others: Demiurge xenos pirate fleet? (Demiurge And Kroot fleet from annual, with xenos vessels, dhows, etc):

Aulenback said:
Note for myself and others: Demiurge xenos pirate fleet? (Demiurge And Kroot fleet from annual, with xenos vessels, dhows, etc):

My brother has been tasked with printing me a Demiurg fleet (with allies) when he has time. They're some of my favourite ships in the game.
Reactions: Aulenback 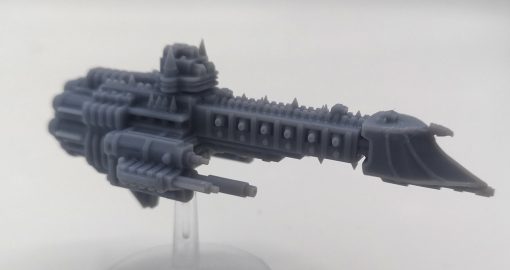 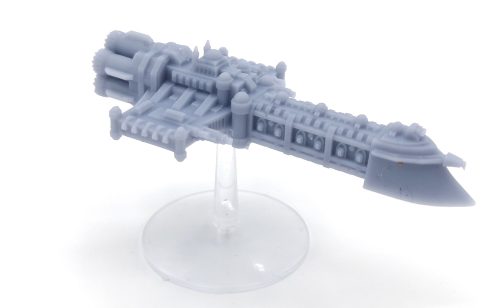 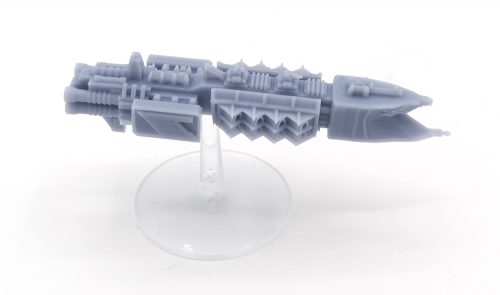