Just by way of example this is the sort of thing available there: 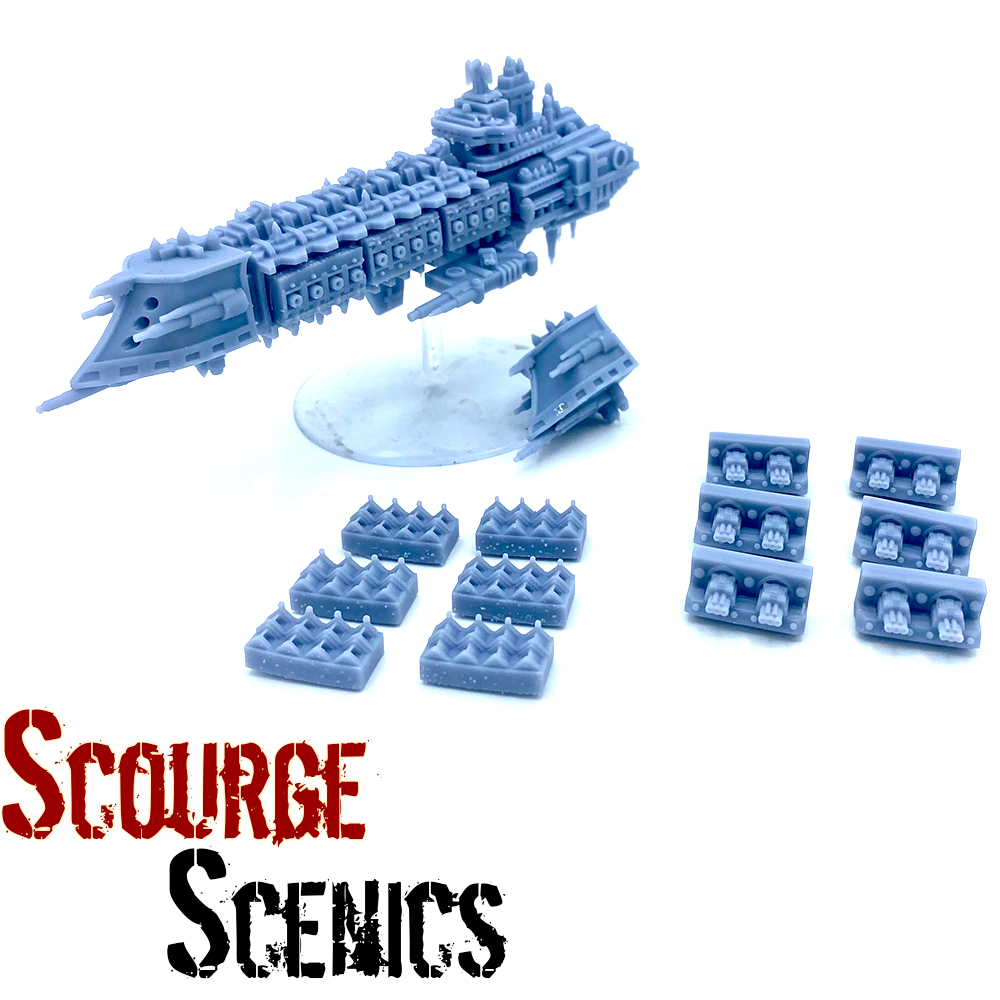 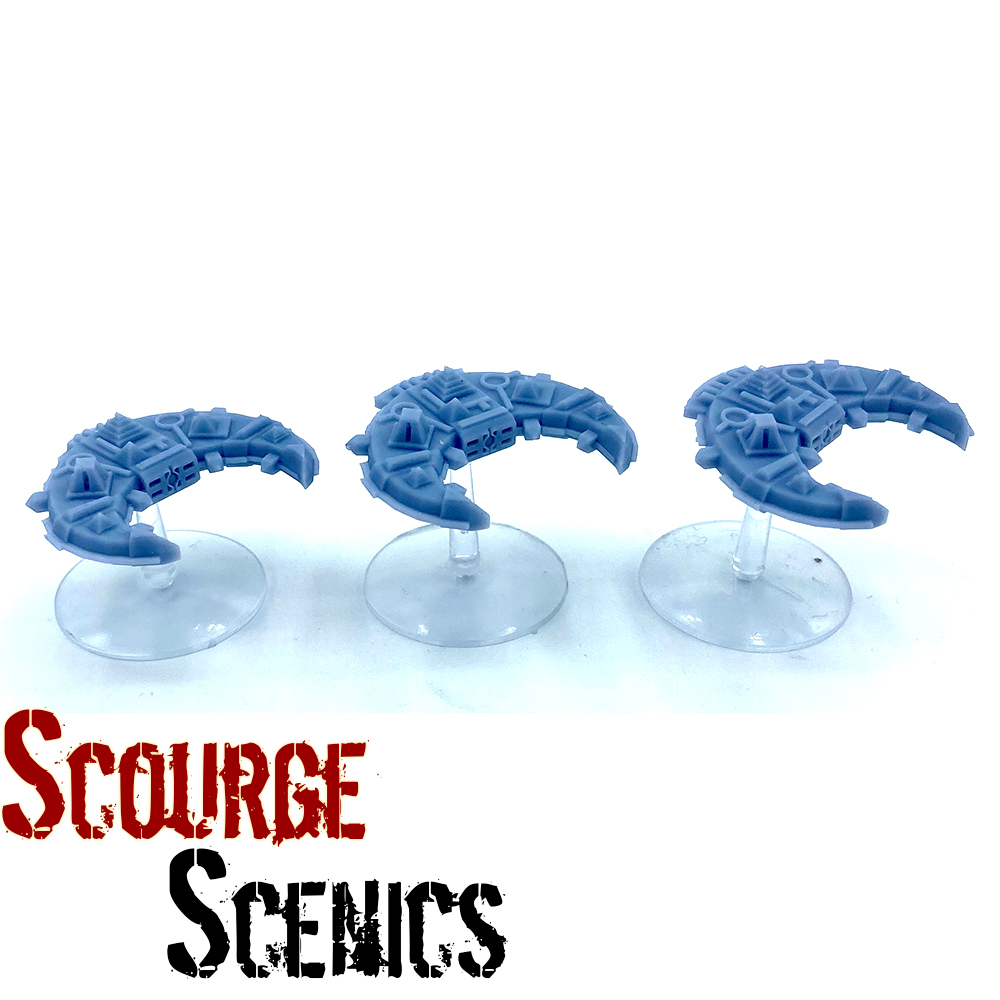 Please remove if this sort of thing isn't allowed.

Those are cool! What is your connection to Scourge Scenics?

After much thought I decided to dispense with the funding campaign and press ahead with self funding a bunch of the ships myself.

The Panthera frigate and Lynx destroyers previously manufactured in metal have now been slightly remodelled and remastered for resin casting. These three ships are now being moved towards printing the masters and then moulding. Hope to see them re-released very early next year.

Zeus pattern vessels, the destroyer as you are probably aware has already been released. I have now received sample production castings of the cruiser, light cruiser and frigate which I have authorised to be manufactured ASAP, the casters predict a late November delivery date for the first batch of those. The Spear pattern prows will also be available around the same time.

Picture of all four ship types below.
Click to expand... 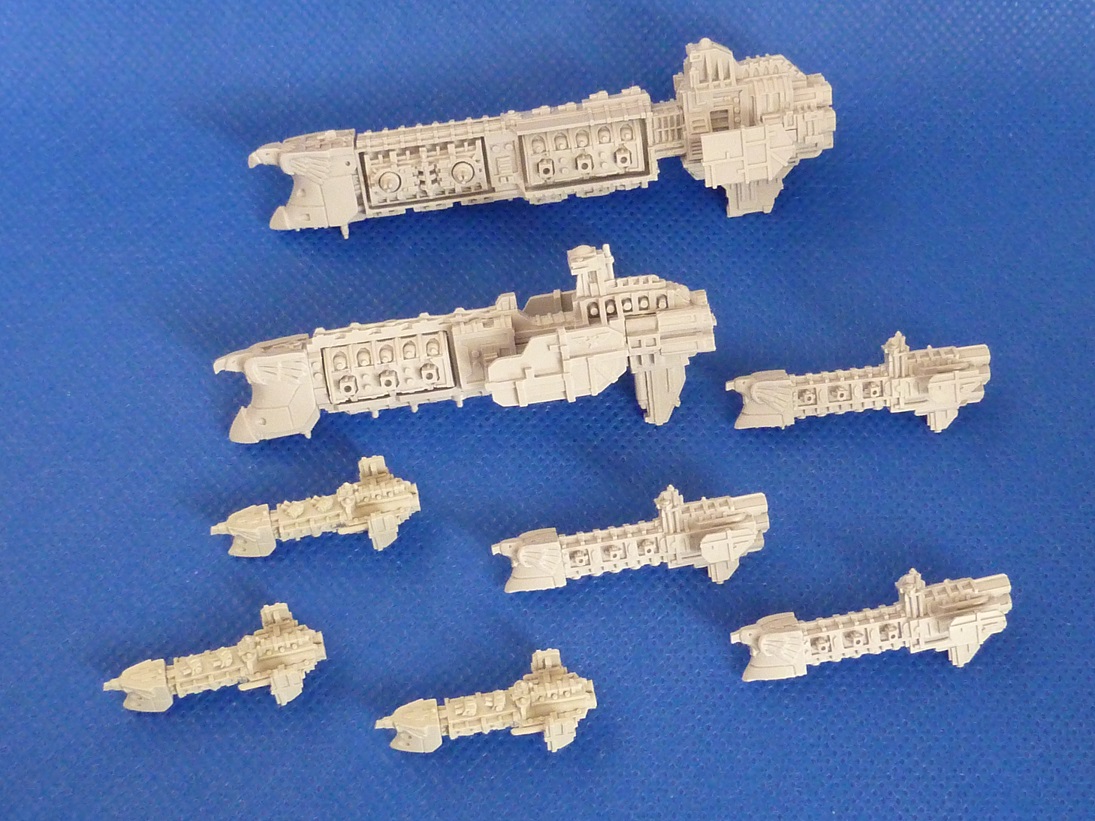