I had kind've hoped they'd do bounties that hadn't been in the show, y'know, tell new stories instead of just remixing old ones. Having episodes be twice as long as the originals didn't help much either.

I've read that the anime Pierrot le Fou episode was also inspired by the style, look, and tone of the Batman animated series. Much of the show was riffing on genre, hence the very obvious Desperado homage or the brilliant Alien-like episode that didn't make it into the live action version.

Y'know, with the ~1hour format remixing Toys in the Attic and Mushroom Samba together could've been kind of awesome but they'd somehow have to have made Ed work properly and that was always going to be a tall order.
Reactions: cronevald

Stoof said:
I also assumed someone called Edward would be male, I expect the forms telling me I've been cancelled are in the post.
Click to expand...

Ed's gender is left ambiguous for the most part of the anime as she uses male-sounding alias (Radical Edward) and fake name (Edward Wong Hau Pepelu Tivrusky IV). It's revealed towards the end (when we meet her father) that her birth name is Françoise. I don't think Ed is transgender (if memory serves, she doesn't object to her father calling her Françoise or using feminine pronouns) so it seems to be more of a case of Ed not caring about (or not understanding) this social construct. I'm honestly not sure what pronouns to use when refering to Ed, but I've a feeling she wouldn't give a damn either way. Ed's just Ed.
Last edited: Jan 7, 2022
Reactions: SuboptimusPrime and cronevald

It's made somewhat clear, but is easily missed, in the Japanese version of the Anime. In the episode where they take her on board, Faye mentions it in the last scene before the credits (have to rely on the subber though). This was used in the German translation, but if I remember correctly, the sentence is missing completely from the English version. But really, I agree, Ed's just Ed.

I had a friend, who studied history with an emphasis on Japanese culture, harp on at length about the specifics of how Japan treats these things and how it made more sense in that context and was somehow a significant thing, but I admit to having forgotten over the years.
Reactions: Thorgor

SuboptimusPrime said:
Faye mentions it in the last scene before the credits (have to rely on the subber though). This was used in the German translation, but if I remember correctly, the sentence is missing completely from the English version.
Click to expand...

Ah! Correct! I completely forgot about that line. And I've enough nihongo left in me to validate the translation.
It's also in the english dub btw (at least the one they have on Netflix right now). The french version even has Faye add "your parents could have chosen a more feminine name than Edward"
Reactions: SuboptimusPrime

cronevald said:
I've read that the anime Pierrot le Fou episode was also inspired by the style, look, and tone of the Batman animated series.
Click to expand...

It sounds very credible, at the very least. Pierrot is basically a costumed super-villain (tragic origin story and extremely-specific weakness included) and he does look like the Joker and the Penguin had a fusion-dance. Every outdoor scene takes place at night, and the final battle is fought in an amusement park.
Reactions: cronevald

I loved the original and expected to hate it going in (yeah, yeah). But I would’ve watched a second season, so I didn’t hate it. I liked John Cho as Spike. Didn’t think I would as he’s more of a comedic actor than action hero, but others have done it so why not? I thought Mustafa Shakir did alright as Jet, but he’s not physically massive enough. I understand the changes to Faye (no way that anime costume would work on a real human), and the changes to her storyline grew on me. I was disappointed that Ed was removed, but after that last seen I’m glade they left her out. Holy cats.

Visuals were great, ships were great, backgrounds were great. Julia’s new ending was well done. But yeah, Vicious received way too much new airtime. He’s not a member of the Bebop and should’ve stayed a shadowy background villain.

Wasn’t the whole bit about Kimmy’s present in a single episode? The one with the actual cowboy Cowboy?

I also thought changing the Searat virus to a terraforming substance was an interesting change.
Reactions: Thorgor

Punktaku said:
I also thought changing the Searat virus to a terraforming substance was an interesting change.
Click to expand...

Same here! Episode 2 in general was so much better than the first one.

I think I went through the series a bit like this:

I mean, Ein is a Corgi. The only thing cuter than an animated Corgi is an actual Corgi. A friend has one, they're awesome dogs.
Reactions: Punktaku

I just know the new one would never be able to live upto this, so Im giving it a miss...

and in not quite anime, anime news. I watched Disney’s treasure planet for the first time today, at least, I atempted to. Not even Sexy Cat lady Captain Smollet could hold my interest!
Reactions: SuboptimusPrime

Aww, I liked that one. And not just because of sexy cat lady Captain Smollet. I do admit to liking Muppet Treasure Island better, but they’ve got Tim Curry as Long John Silver. That’s hard to beat.
Reactions: Gunkaiser and CaptainDangerous

CaptainDangerous said:
I just know the new one would never be able to live upto this, so Im giving it a miss...
Click to expand...

This is actually why I was able to enjoy much of it. I knew it could never hold a candle to the original so I went in with very low expectations. I did enjoy a lot of it, mainly the banter and interaction between the three leads. I just hated every single bit of Julia, Vicious, and the syndicate. And those awful few seconds of Ed. I'm glad I watched it but I'm also grateful that there won't be a second season.
Reactions: Gunkaiser, Punktaku and CaptainDangerous

So while waiting for the Winter 2021 season to start (first episodes are dropping all over the place now) I found a show called Yosuga no Sora: In solitude where we are least alone. Its kinda like Higurashi: When they Cry, where it’s a repeating story arc but with significant changes.

In this case, it’s ecchi instead of murder. And there’s no strategic light beams or steam clouds or silly product placement. High jiggle factor and loads of fan service. YOU’VE BEEN WARNED. (Or encouraged if you like that.).
Reactions: CaptainDangerous

If for some mad reason you've thought about inserting the Bebop crew as bounty hunters or npcs in a Necromunda game... 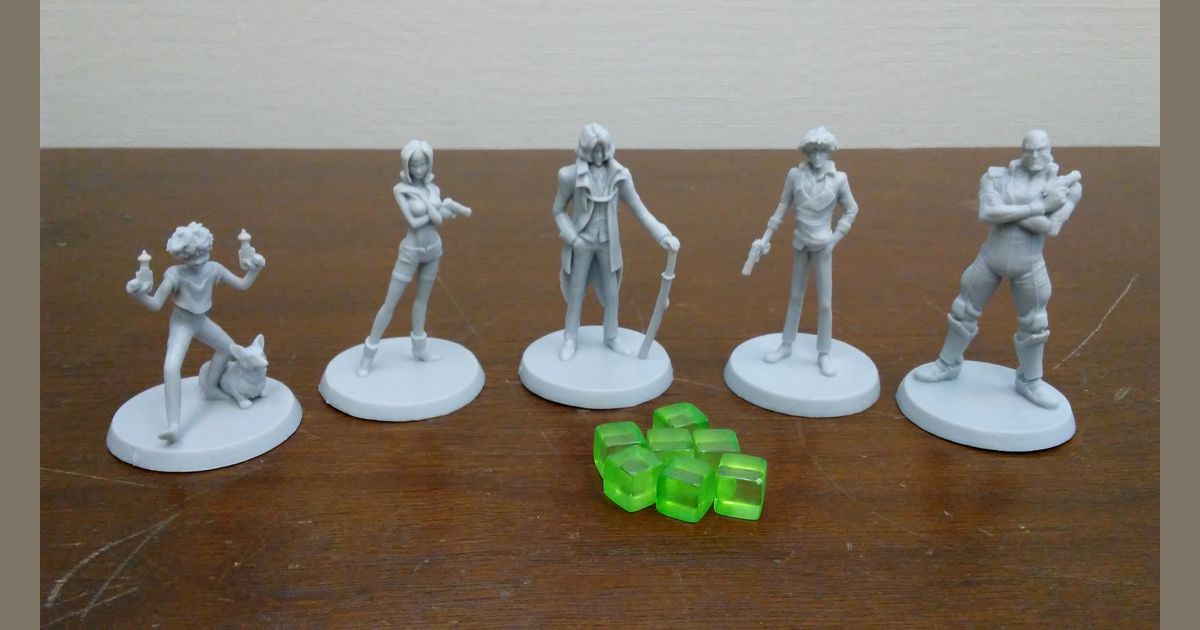 I can't find anything on the scale of the minis though. The only reason I know this exists is that Amazon really wants me to buy it. 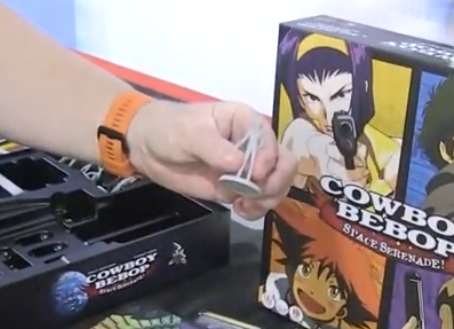 So you're saying I should build an underhive shrine to the crew and use them as statues. I mean, no, I would never do that. Would never even think of doing that, I swear.

Thanks for finding that. I looked a bit but couldn't find anything to show how big they are. The game does sound interesting. I think if I were more of a board game player I would pick it up.

I've played Space Serenade (once). It's a pretty standard deckbuilding game, neither good nor bad.
I think it fails a bit as a 'fanservice' object though, as the cards really look ugly (to me, at least).

So normally I’m at work on Fridays, but I’m stuck home in quarantine…. I’ve watched all the first episodes for this new season already, so I decided to try out a “classic” I’ve never seen before. I was thinking of watching the new Evangelion 3.0+1.11 but at 2 1/2 hours I balked as my youngest is stuck here too (she’s too young for the vaccine). Instead I watched Ghost Stories. It’s a “classic” because it was a massive flop in Japan, and the English script sucked so bad they just let the voice actors wing it. And I must say, it’s hilarious. It’s wrong in all the right ways, with loads of “I can’t believe they just said that!” type humor. I ended up watching like 8 episodes, which is around the run time of this final Evangelion film. But no regrets!

If you aren’t easily offended, I recommend it (although I’ve only watched 8/20 episodes so far).
H


As for Eva, is the rebuild now considered a classic? God I'm old lol
Show hidden low quality content
You must log in or register to reply here.