Hi Yaktribe,
I've been lurking around here for a bit, and I decided it's time to start posting some of my own stuff. Projects I'll be posting here include my Escher gang, the Voodo Vixens, an unnamed Cawdor gang, an unnamed Goliath gang, and various other hive denizens. Also my terrain and scenery projects, when I have something to show.

I'll start off with my most recent models I'm working on: representatives from the promethium guild. These guys would have been perfect for the most recent comp, but I just missed it. Oh well. 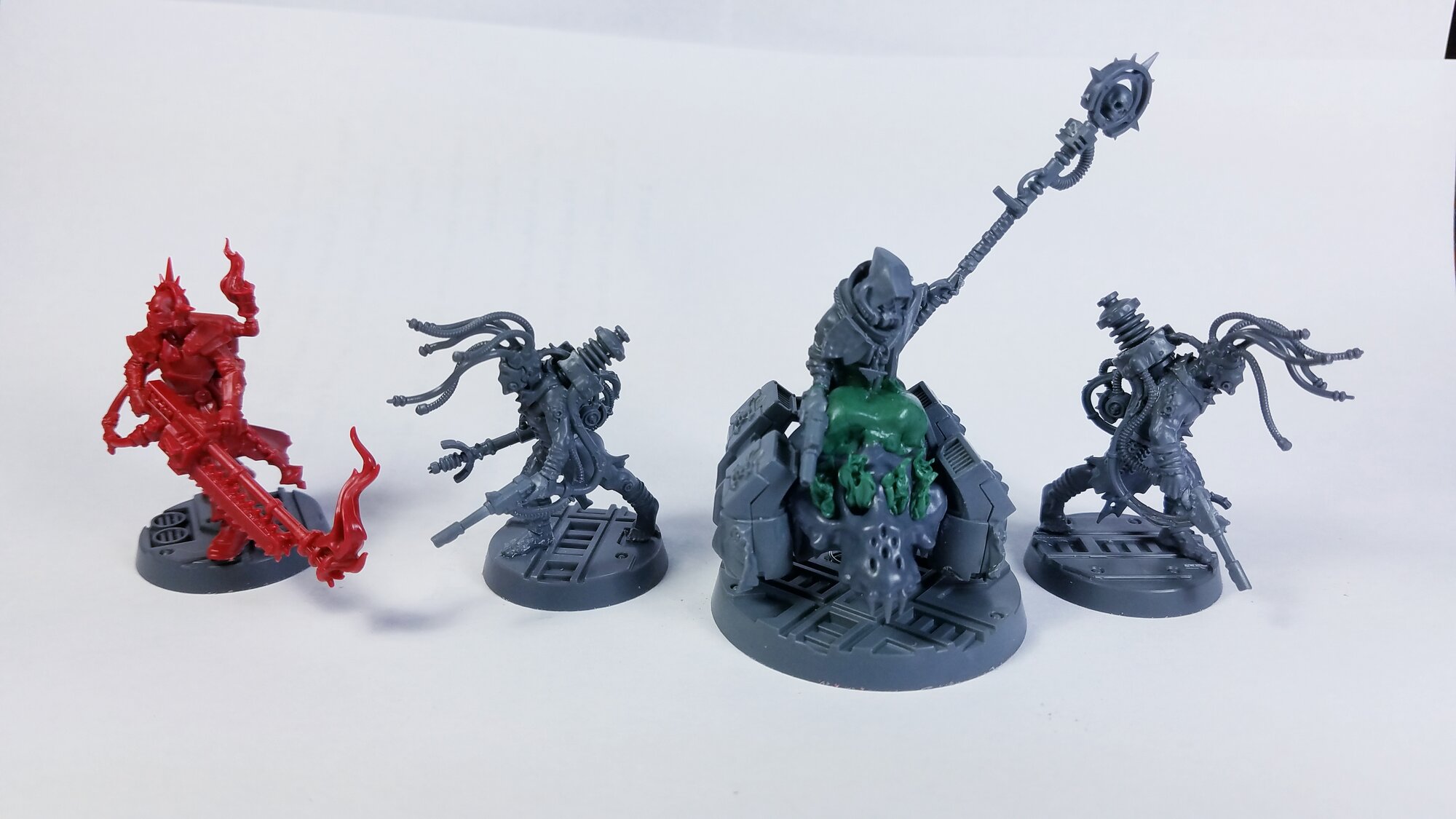 Pyrocaen Lord, Pyromagir, and two Cynders.
The Pyromagir is just a stock Pious Vorne right now, I don't know if I want to replace her head or otherwise change the model, so she's pretty plain right now. 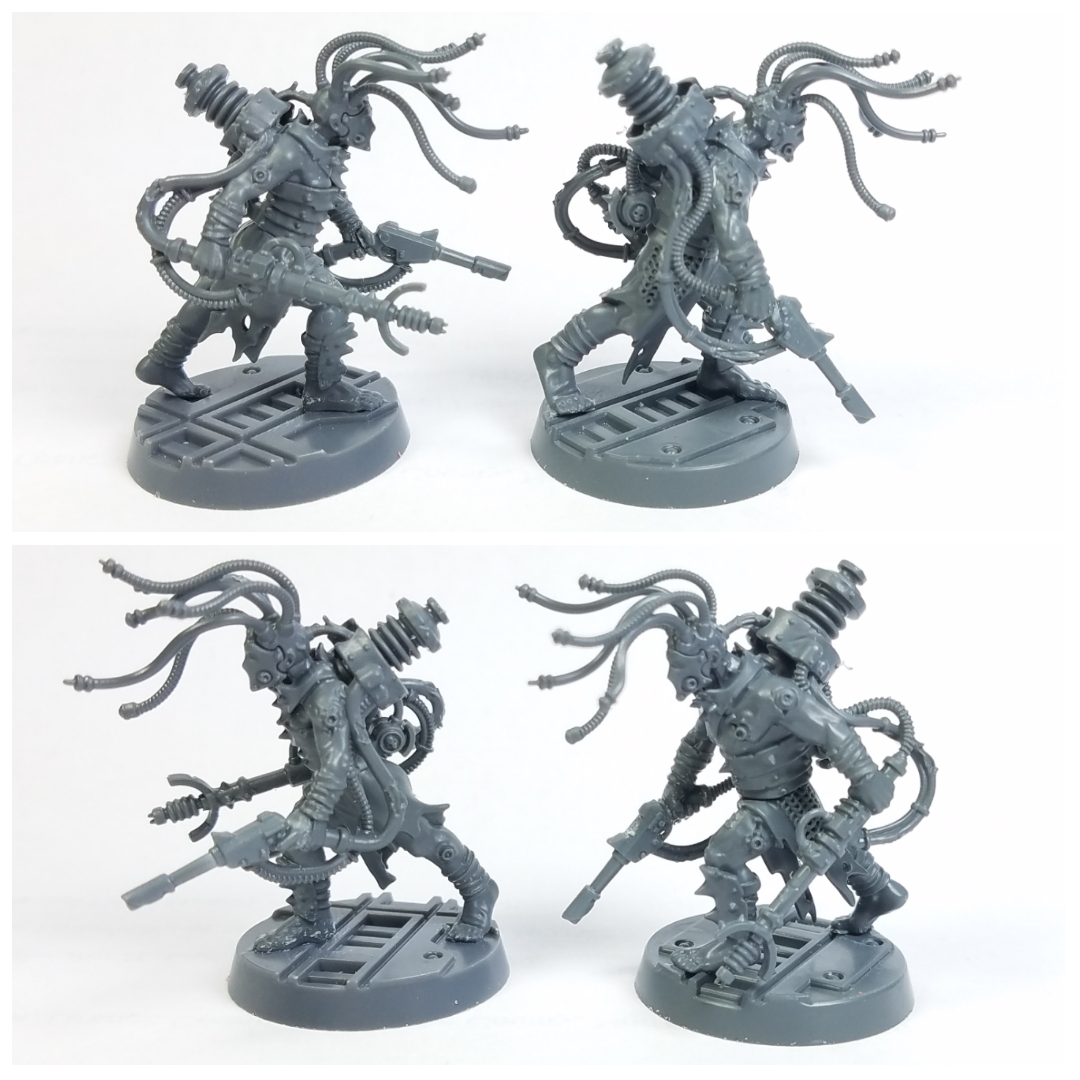 The Cynders are made from negavolt cultists, with one weapon replaced with a las pistol. I wanted to keep the cables and wires so it took a delicate bit of knife work and filling to graft on the trigger fingers and guns to the bottom half of the hands. It actually turned out better than I feared. The second weapon is supposed to be an axe or a club. I think I'm going to keep it as the taser thing, and just count it as whichever melee weapon. I have mixed feelings about the heads, but I don't know what would be a better alternative. Just snipping the tendrils might be enough, but I'm hesitant to do so, since I can't really put them back on. 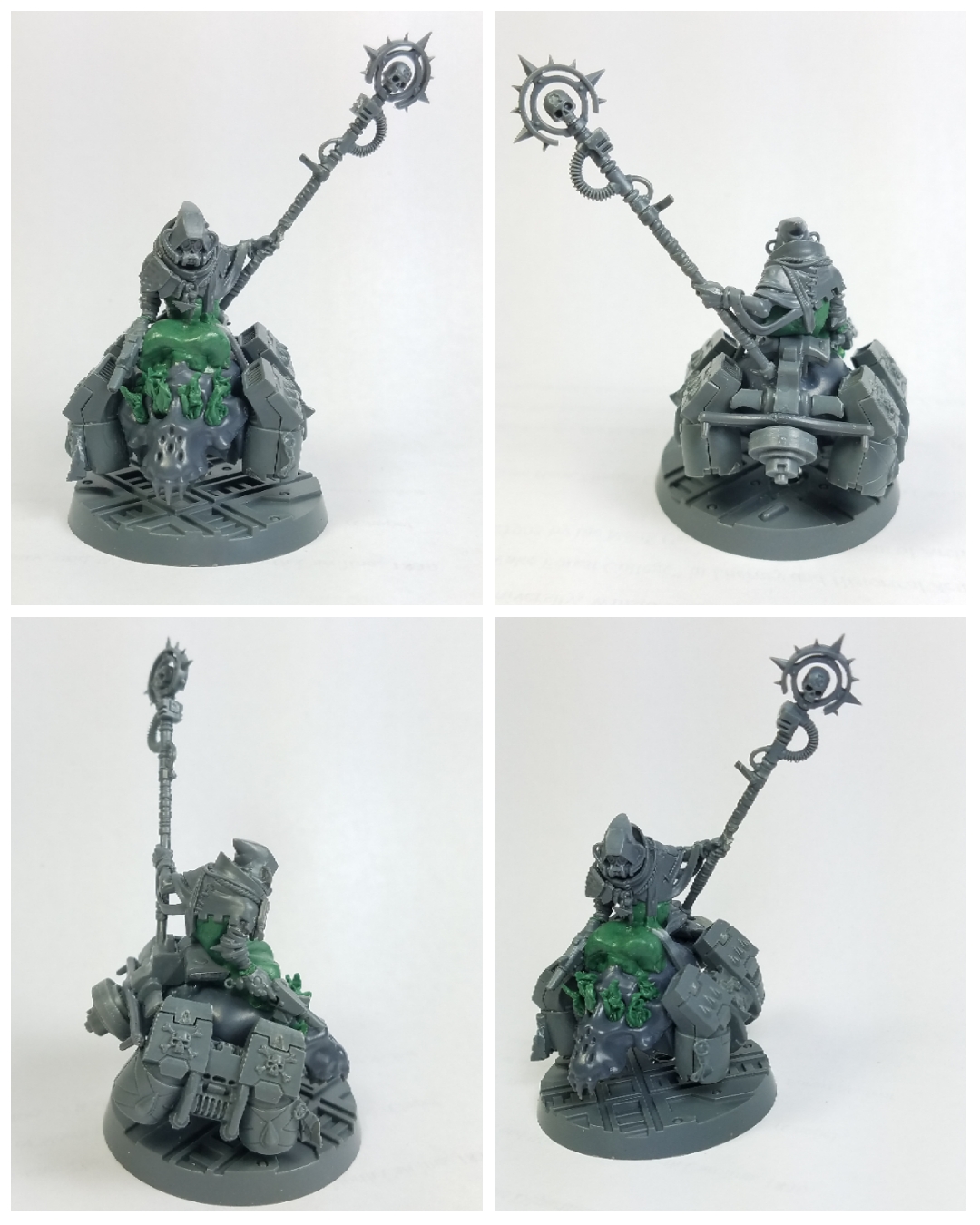 And finally the Pyrocaen Lord. There was a bit in the lore about these guys hovering around the underhive, so I had a look through my bitz box to see what I could whip up. I still need to remove the blood angels iconography from the jump packs. I'm not sure if I want to add anything else to spruce him up some more.
Reactions: trollmeat, Chronos, Draconic and 7 others

I can say a friend of mine nipped the tendrils and the heads work fine in a jason wearing a hockey mask kind of way. Good work all around.

Lovely work. The trigger finger splicing is exactly the sort of detail I appreciate in a kitbash! I’m intrigued by the hovering dude - I can’t really make out what’s going on with the join between his torso and the device he’s on/part of, but perhaps a painted view will make this clearer.
Reactions: Paupoi
B

Paupoi said:
I can say a friend of mine nipped the tendrils and the heads work fine in a jason wearing a hockey mask kind of way. Good work all around.
Click to expand...

Maybe I'll have to try it. If I hate it I'll just replace the entire head. Thanks for the kind words.
B

I'm still figuring out how this forum works on my phone. I accidentally submitted before I was done replying to both of you, and then I was too slow to get this edited on to my prior post... oh well.


Fold said:
I can’t really make out what’s going on with the join between his torso and the device he’s on/part of, but perhaps a painted view will make this clearer.
Click to expand...

The greenstuff doesn't photograph very well, and I don't have a ton of practice sculpting figures completely from scratch, so I can understand why things might be unclear. That big blob of greenstuff is his robed legs, sitting cross-legged on top of the machine.
Kind of like this example from the art: 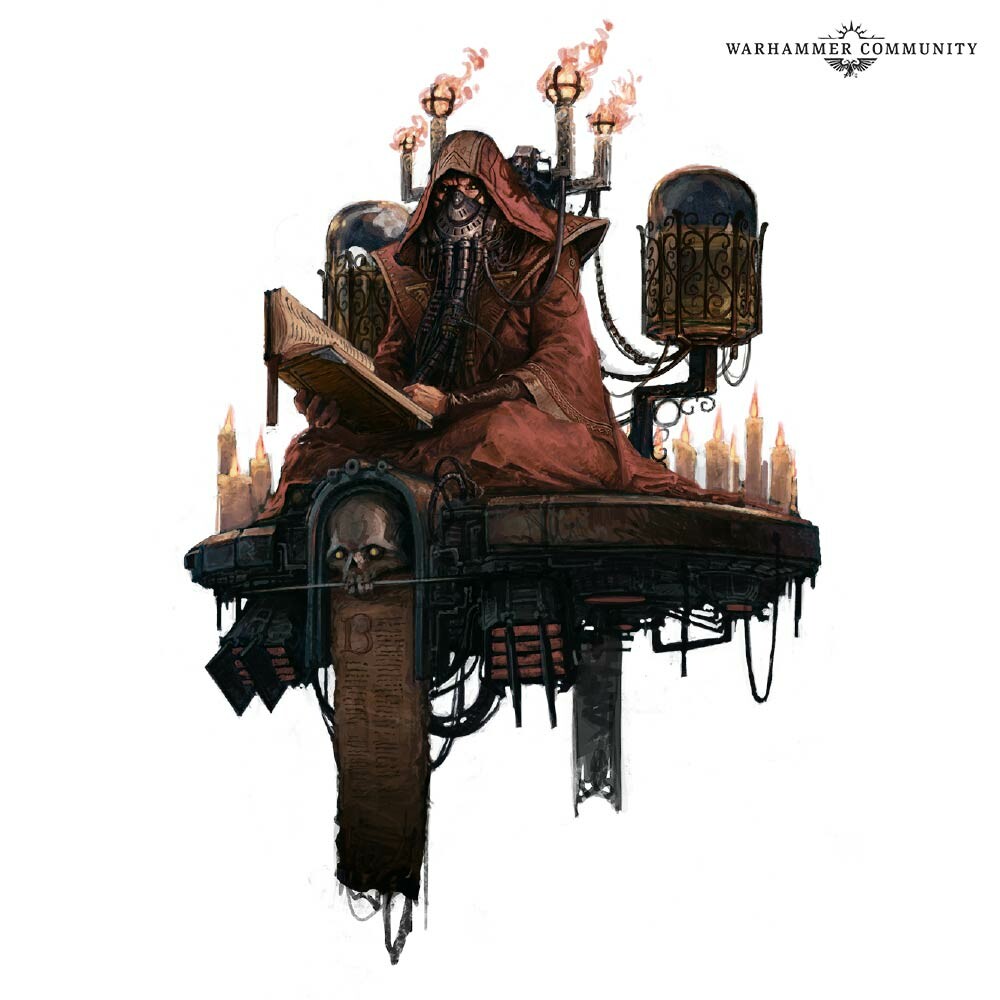 Save the one skull and crossbones and transfer it to the other side for some symmetry. Also, if you could do a little flame symbol on the force staff skull that would be totally aces, or if you have a flamey orb you could replace it with.. Going pretty go so far, though.
Show hidden low quality content
You must log in or register to reply here.
Share:
Link
Top Bottom