We played Swarm at the Gate earlier this year.
I really like this one - @Loriel has put a heap of effort into it. It's also a great way to fire off some weapons that just aren't usually accessible, bash the hell out of the Tyranid scum, with a real sense of danger and excitement.

Add that to the fact that me and @OROMORPH like to play to the co-operative games sometimes, rather than just bash each others gangs to bits.

Well, we played in Feb 2015, so this report is relying on a bit of a rusty memory.

Here is is:
----
Team Havoc and Elite 42 were less powerful gangs back then, but still had a few key members that cause fear. This is a great advantage for playing Swarm at the gate!

A note about models: I don't have any Tyranid Warrior models, so we used Genestealer models for those instead.

A note about the arbiter. We didn't use one. The Tyranid movement is fairly simple, so we just moved the Tyranids ourselves.

At the start, we concentrated on getting those vents closed, just sending one ganger each to the wall. We figured that we couldn't really cope with Genestealers coming at us from the inside, while fighting of the rest of the 'Nids from the outside. I sent Kitt and his dog, to the wall. I was hoping that the frag missiles would take out enough of the 'Nids to slow them down, while the rest of the gangs closed of the vents. 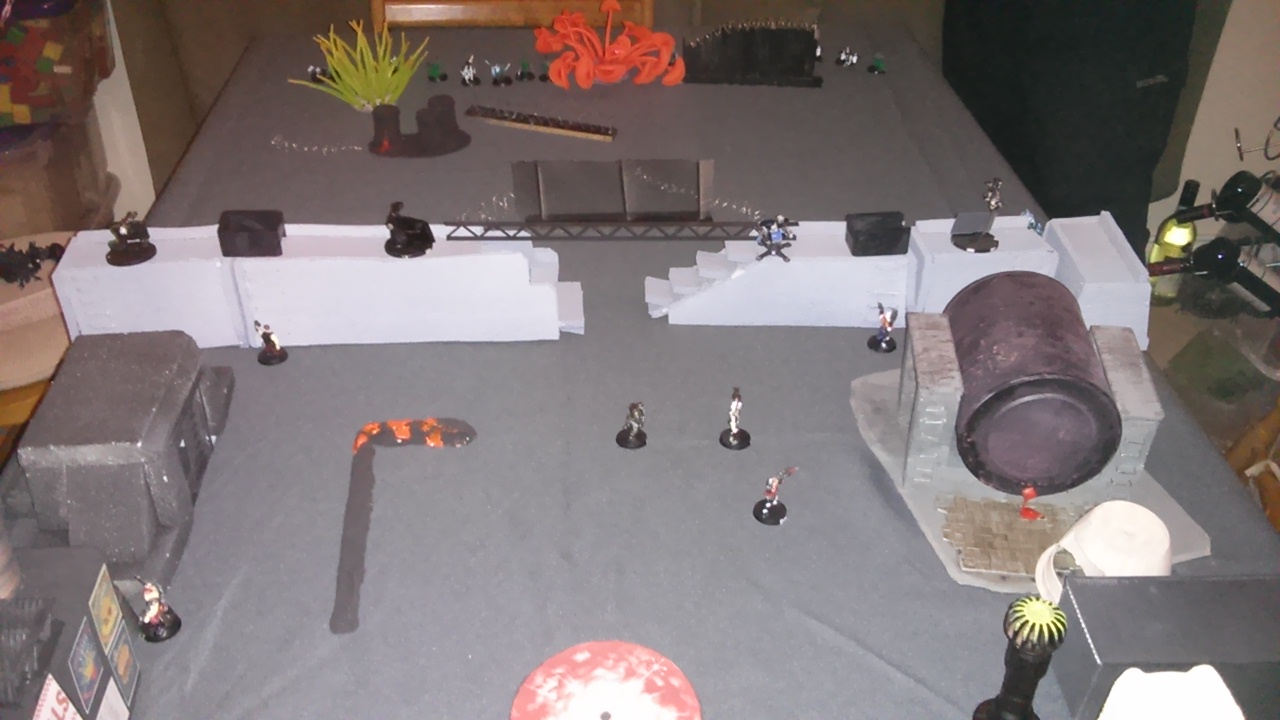 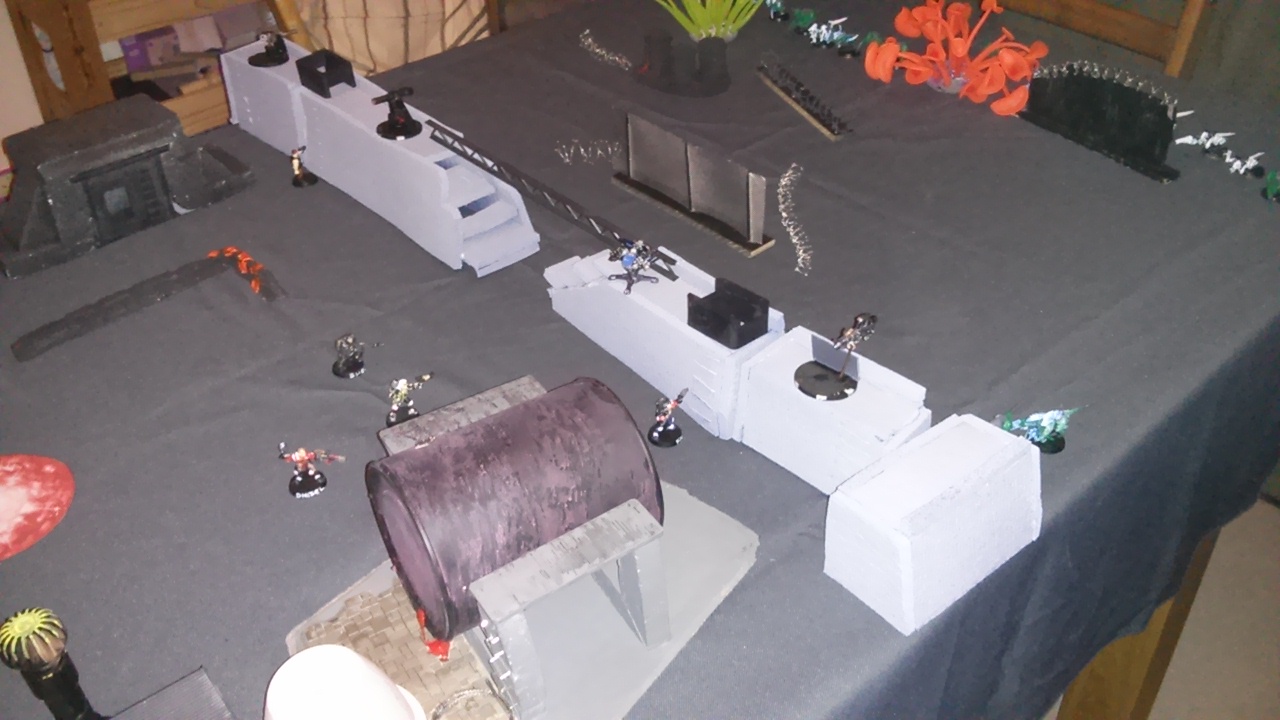 It was all going so well, till the relentless fire from the Termagants finally got through the cover of the launcher. 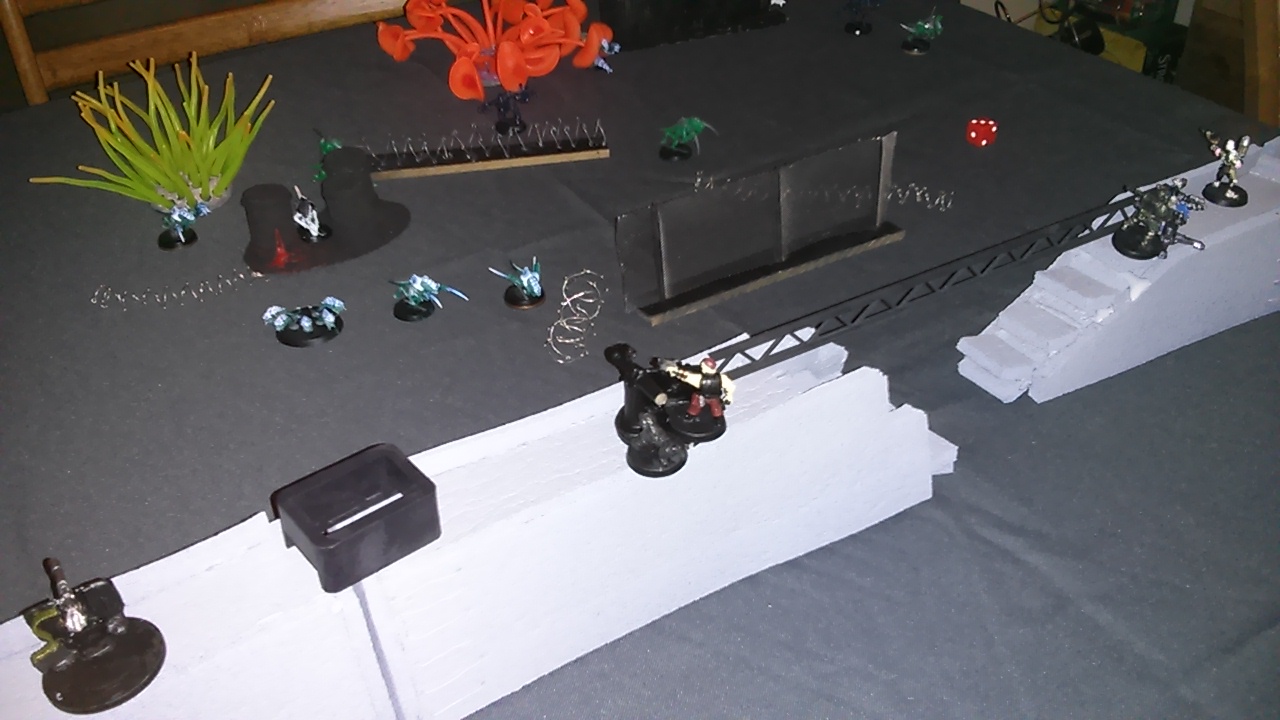 Get up Kitt! Get up! 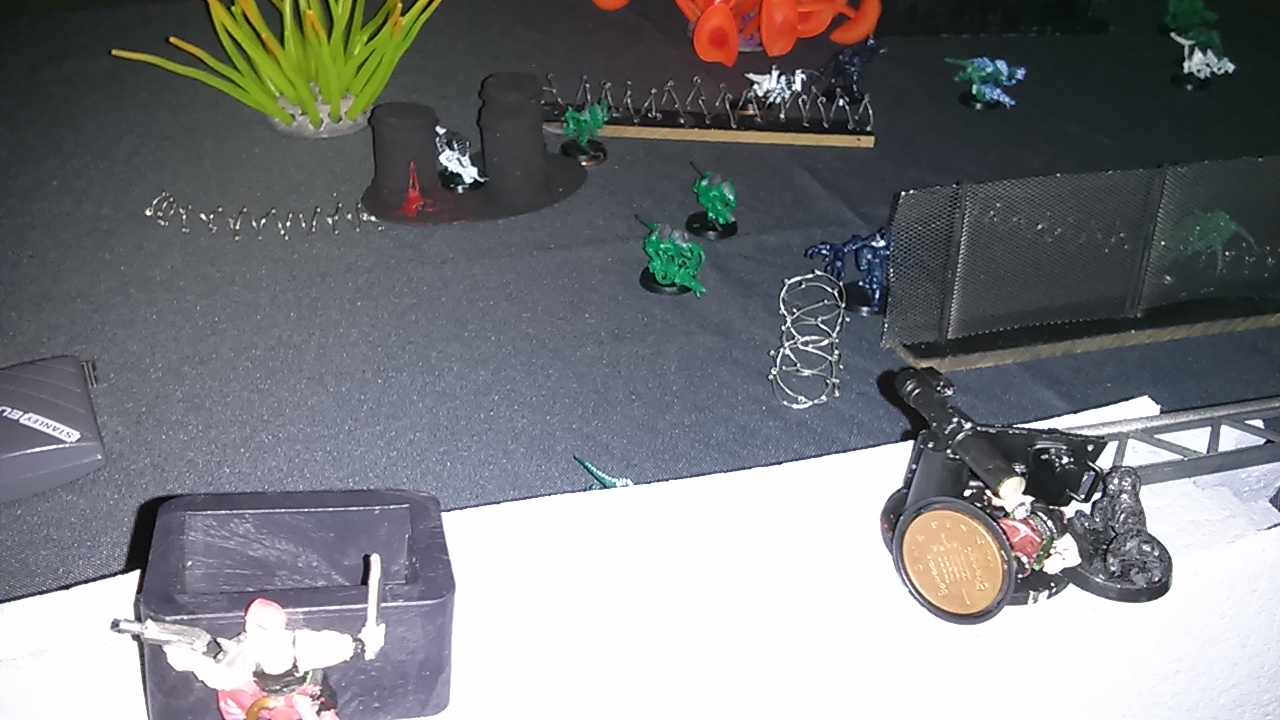 On the right Ghost manned the heavy flamer... but would he get there with in time? 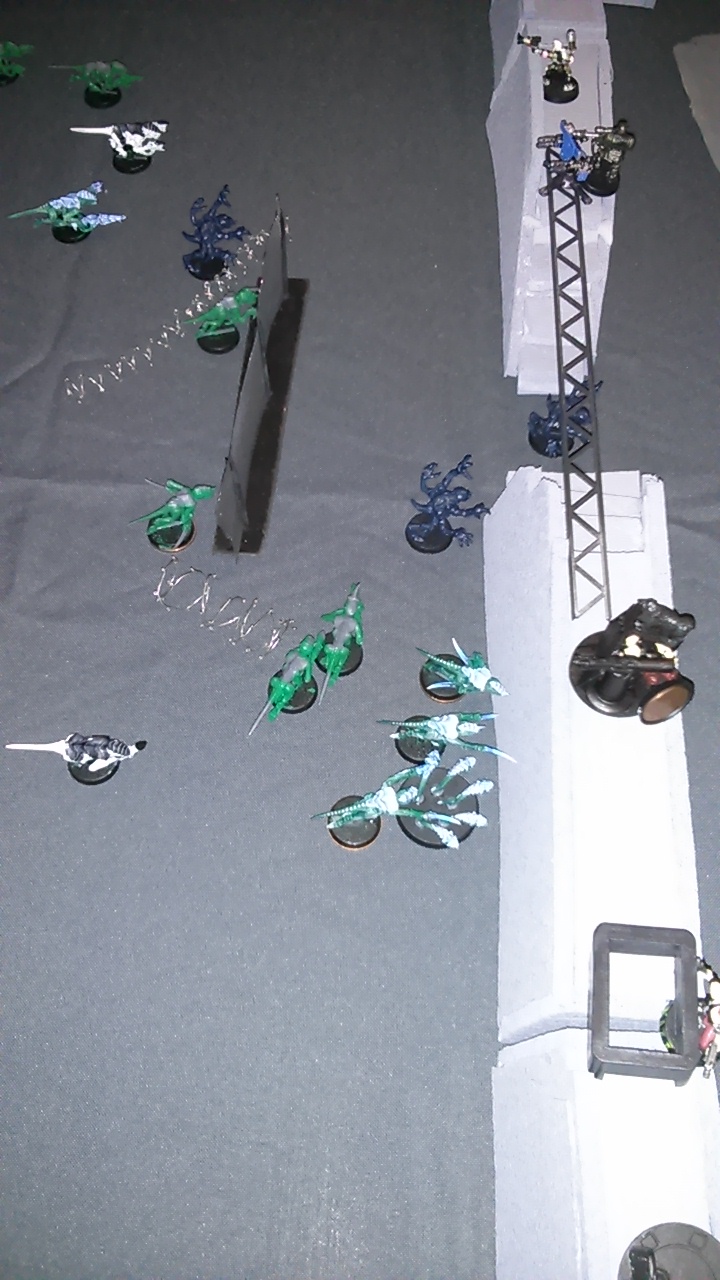 Perhaps not! A Tyranid warrior attempts to take him down in CC... Somehow he manages to hold off the warrior, despite having only one attack! 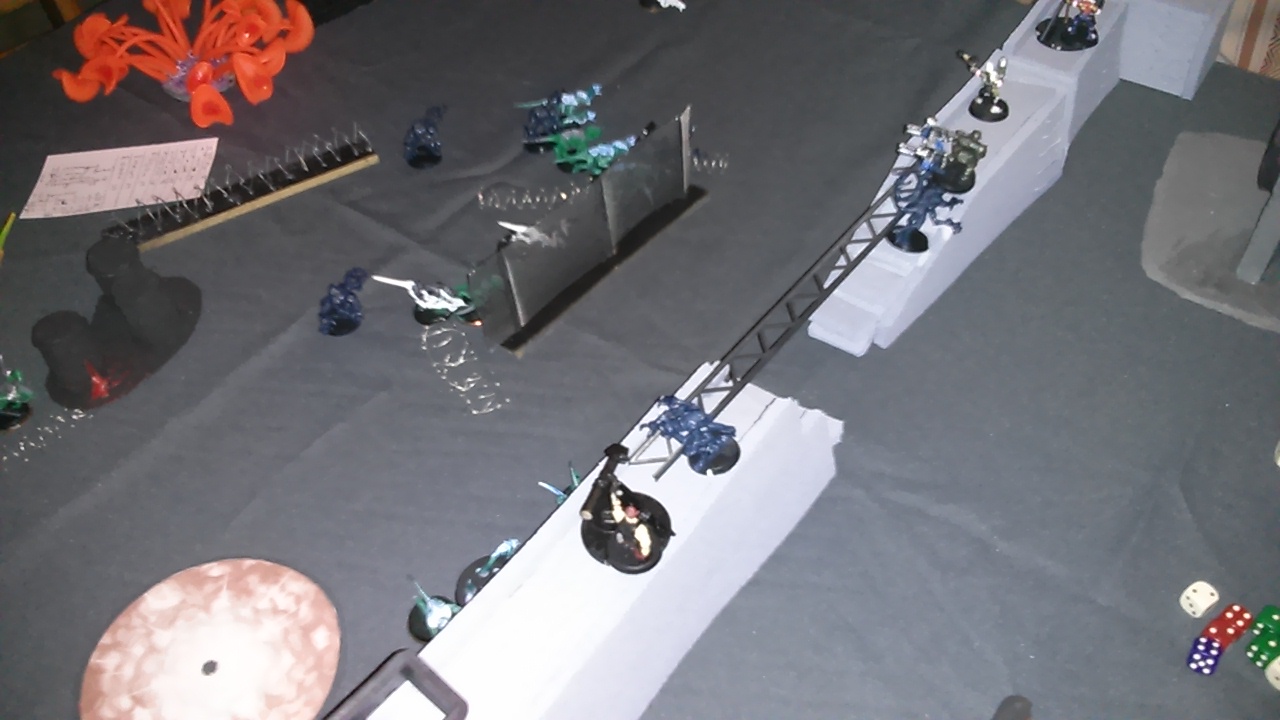 On the left, Kitt manages to recover, only to be charged by another Tyranid Warrior... 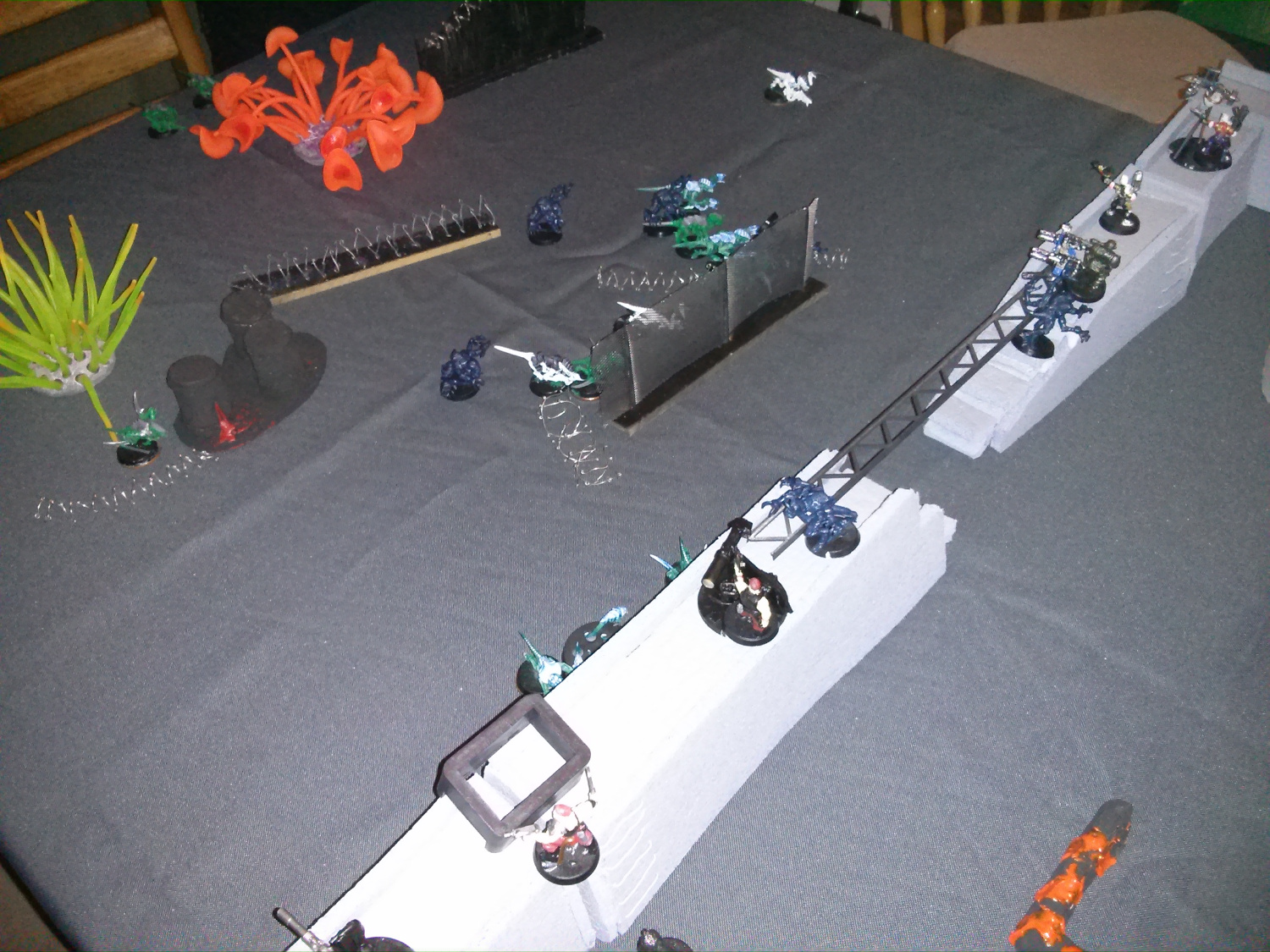 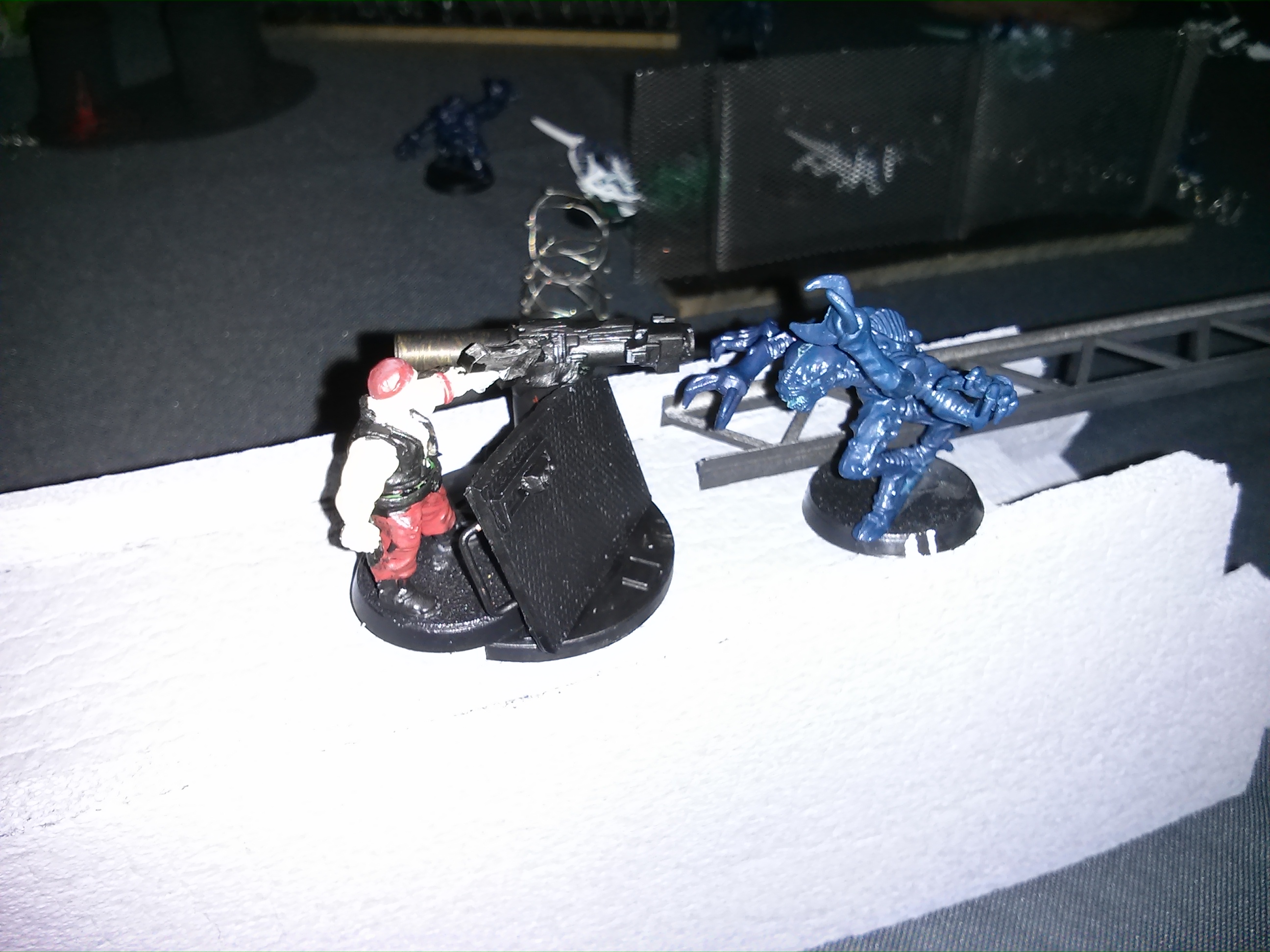 We close off the vents, but it takes a lot of turn time to move up to the wall. The forces there are overrun by the time the Exocrine turns up (represented by the Carnifex model). 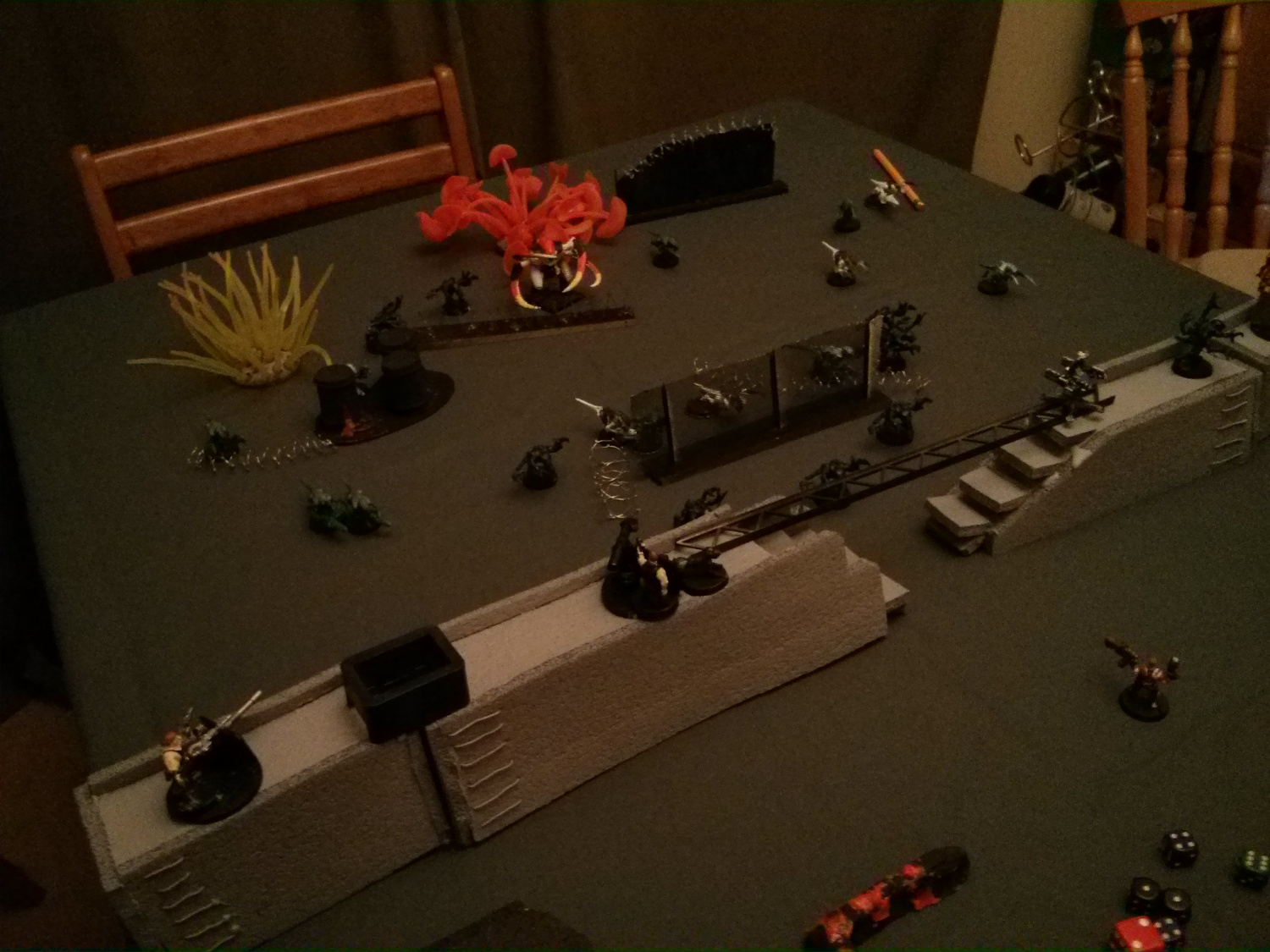 Fall back!
The re-enforcements that come on, take up defensive positions in the Marketplace. Especially the heavies, who manage to cover the gate from a high vantage point.

We are lucky. On the very next turn the enforcers turn up!

A good time was had by all 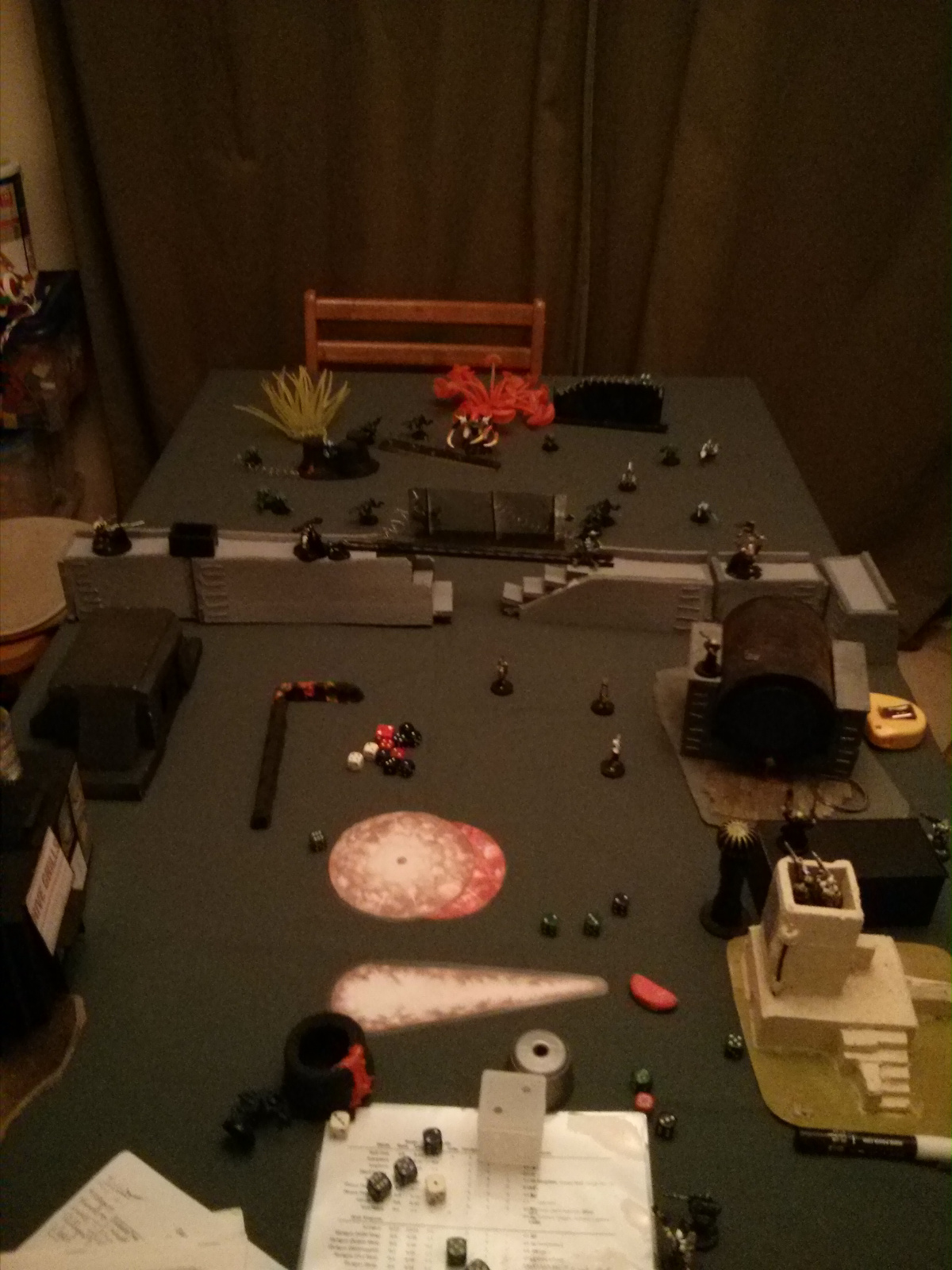 Last edited by a moderator: Oct 30, 2017
Reactions: Necroplayer, Tomcaet, spafe and 3 others
Show hidden low quality content
You must log in or register to reply here.
Share:
Link
Top Bottom