My local gaming group, in conjunction with some further interest within a regional Horus Heresy community whom most of the group members are a part of, has recently gotten into an unofficial 30k variant of BFG titled Battlefleet: Heresy (referred to here on in as BF30k). Pretty much what it says on the tin, it's Battlefleet action during the Horus Heresy.

Building off of the core rules for BFG, BF30k's biggest difference from the vanilla game is that Loyalists and Traitors both have access to ships from the Imperial Navy and Chaos ranges (an amalgamation referred to as Armada Imperialis), with a few exceptions based on their canonical absence from the time period. Only Legion fleets (loyalist and traitor alike) may also take the usual BFG Space Marine ships in addition, but they can also add Astartes crew to non-Astartes ships they take at +15pts per ship for improved boarding/counter-boarding capabilities and leadership.

In addition, Legion-specific rules are also available for Legion fleets, as well as fabled Glorianna Battleships.

Since the models are not being produced by GW or FW these days, we've been having to rely on Soul Forge Studio for STLs to print. Thus far they've been pretty good quality.

As for myself, I've been collecting a Salamanders fleet that's currently got enough ships to play at 2000pts. 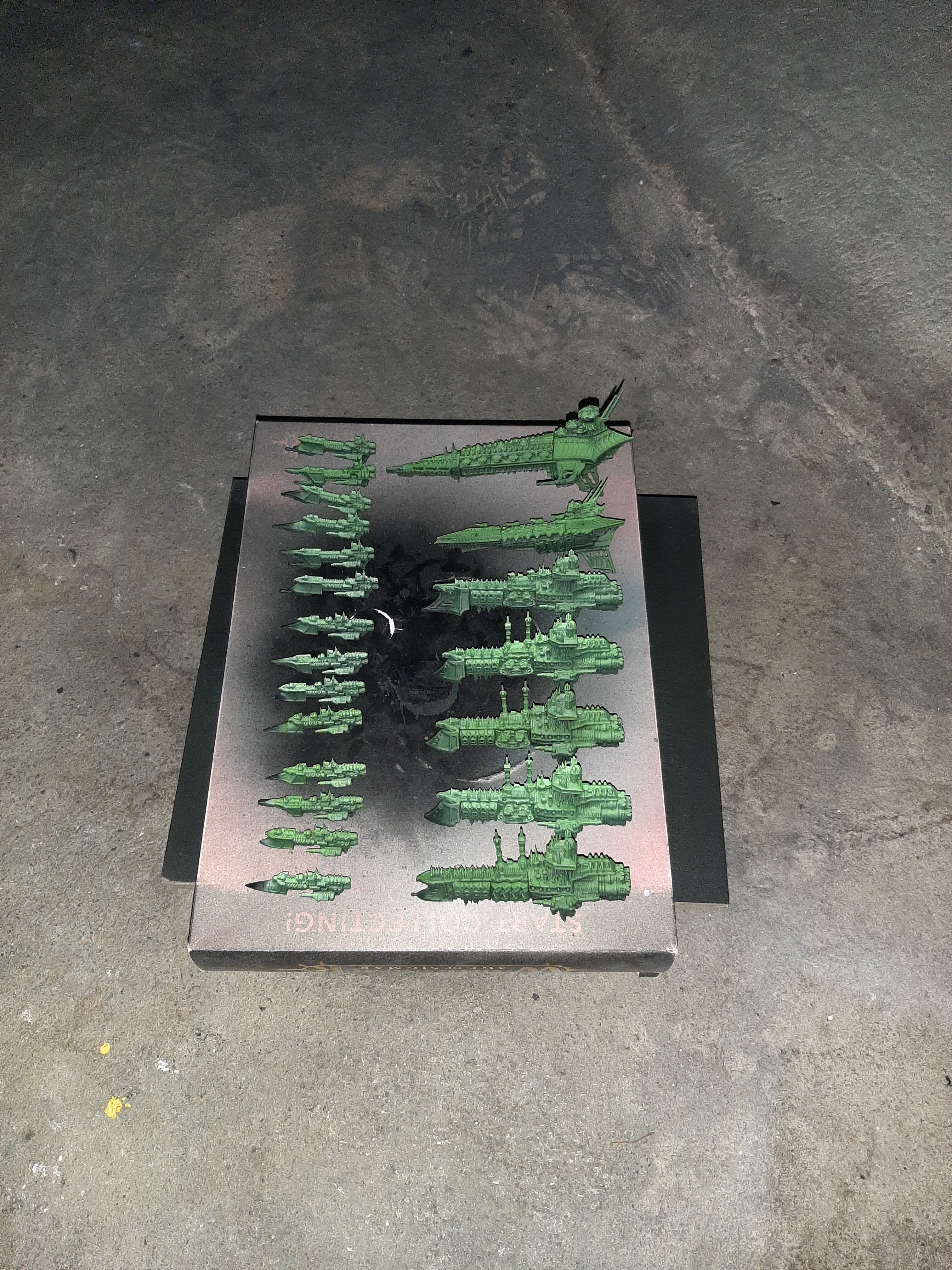 Salamanders in BF30k have the Promethean Creed special rule, in which all vessels with Astartes crew have the effectiveness of their weapons, turrets and shields reduced to 75% when crippled instead of 50%, but may only grant the Astartes Crew upgrade to no more than 1 out of every 3 ships in the fleet (This is predominantly why I have so many Sword and Firestorm escorts in this collection). The fleet's flagship may also take melta torpedos for free.
Last edited: May 30, 2022
Reactions: spafe, MedMos and trollmeat
Show hidden low quality content
You must log in or register to reply here.

Reports from the Mongoose Den