The Story Behind This Thread ...

Well ... Hi. I'm BeardLegend, Beardy, T-Beard. I am a bandana-clad Orlock who is interested in all aspects of the modelling hobby. The unfortunate part of that is ... I'm not very good, you see.

I took up sculpting not too long after joining this community. I made some good headway working on my Ratling Gang nearly two years ago. My best work was on an original model - Ratskin Brave, which I trimmed down severely and built back up into a Ratskin Hired Gun. This was for one of the earlier competitions and although he didn't win, I was extremely satisfied with the result. The competition drove me to be more disciplined and discerning. It pushed me to do my best and that, in turn, made me learn a lot more from one conversion than my previous 11 or so full-sculpts.

I then made this chap (still unfinished) with a view to a much larger (potentially commercial) project. I showed him to a few people who's opinions I respect to get some feedback. While they were very complimentary of my efforts and acknowledged my progress, they curbed my ego and told me the hard truth. 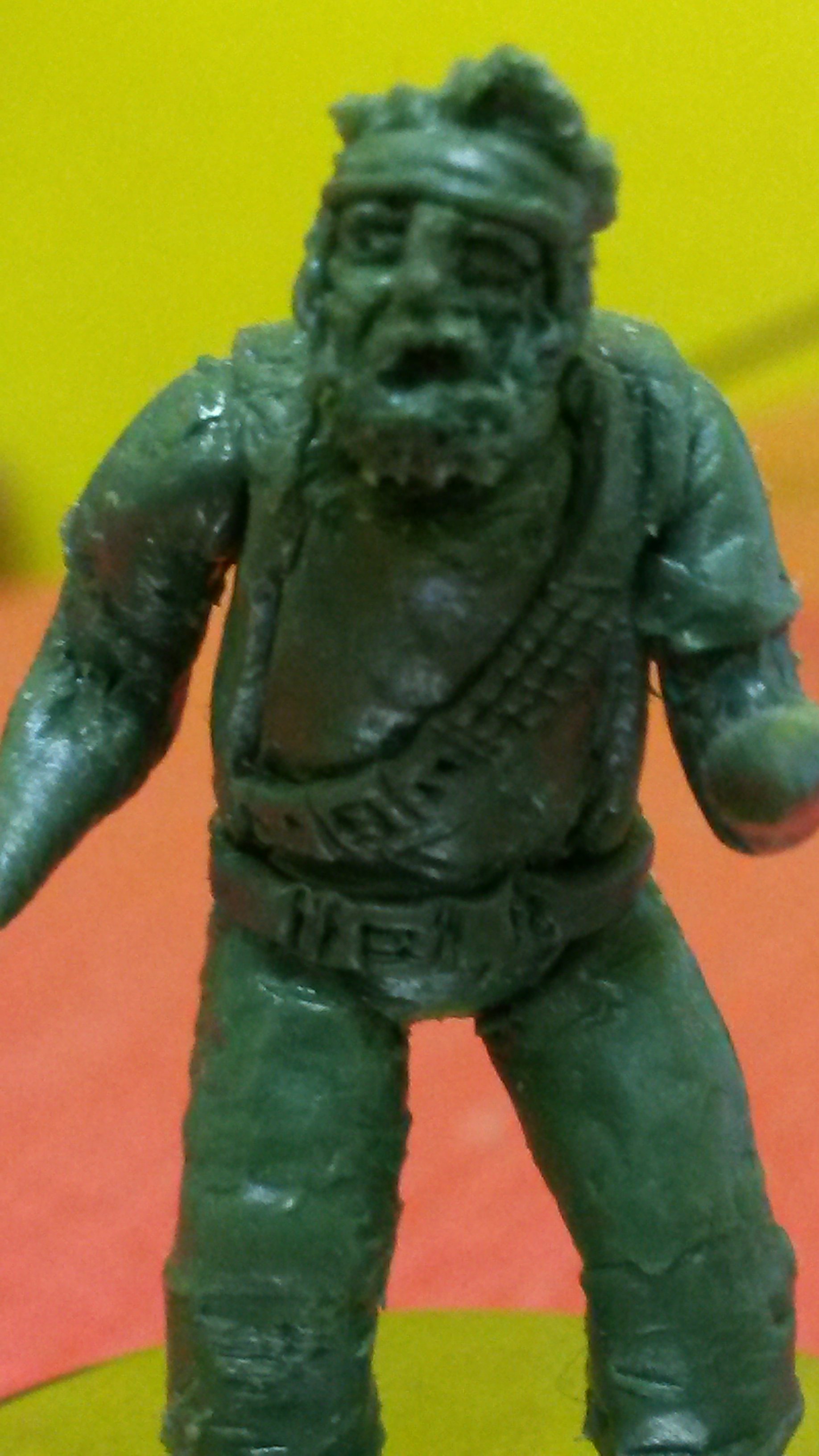 "Beardy," they said, "It's good but you still ain't got the chops to sell them."

Well fine, said I. I then resolved to learn hard through concerted practice and hard work ... Then I found out I was to be a Dad. Life changed dramatically and I resolved to put things on hiatus.

Well, the Hiatus is over. I've been playing again and doing a bit of painting. I have got a Delaque gang that i'm pretty happy with and have stumbled across this competition. Oh ... and the child is fine too.

The idea now, is to use the competitiveness of the competition to unleash my competitive nature and compliment the hell out of this complicated comp. Hopefully I will learn a few things along the way.

So I'll be sculpting Delaque Juves from scratch. Well ... at least one. This thread will chart his progress as he goes from being a mere sketch to a fully-realised and painted model. After he's done, any future competition entries that I am able to sculpt models for will go here too. The hope is that, even though i'm not that good, in a year or two, people will be able to look at this thread and find a source of tutorials that i'll be drawing from as well as progress reports on the models and the techniques that i'll be focusing on.

You should then be able to see how you too can go from a kak-handed imbecile like me into the masters that we shall doubtlessly become. (Please note: Tongue firmly in cheek!)

I do plan to get better. I do hope to make mini's that I can sell one day. The thought of people one day playing with the models that I designed is the ultimate driving force behind my projects so any comments and criticism will not only be tolerated, they will be downright encouraged ... because one day, you guys and guys like you will be my target customers.

So, my dear reader, you shall soon see that this is not only my project but yours as well. Because we will all learn from this process and at the end of it, I might be able to provide the kind of minis and games that you would want to buy. Competition is fierce but I am Yak, Born and Bred! With the help of the community, I know I can get out of the Warehousing and Logistics game and get into an industry that I long to be a part of.

... and not just at the spend end.
Last edited: May 28, 2016
Reactions: King Redwart, trollmeat, TakUnderhand and 1 other person
B

Well, you certainly have ambitious targets. Making models that you can sell is already quite an achievement, if you get there. Doing it enough to make a living is far harder. But you'll never get there unless you try I suppose. I look forward to seeing how far you've come.
Reactions: trollmeat, BeardLegend and TakUnderhand

Ben_S said:
Well, you certainly have ambitious targets. Making models that you can sell is already quite an achievement, if you get there. Doing it enough to make a living is far harder. But you'll never get there unless you try I suppose. I look forward to seeing how far you've come.
Click to expand...

You gotta have a dream, kid.

Qualifier: I'm not about to put my family into financial risk, don't worry. As i've gotten older I feel a greater need to begin doing the thing that I would like to be doing in retirement. If I want to get any better, I feel it's best to shoot for the stars. It's unlikely that I will get there but hopefully, the desire for perfection will increase my rate of progression than the casual approach that I have been previously taking. I still love the hobby and I will, even if I never achieve the goal of being good enough to sell my efforts.

I write and draw to a fairly decent degree. I've gained a lot of knowledge about how games mechanics work. I can sculpt but not well. I would like to build a game from the ground up ... and had gotten some way into it before Kiddo showed up. One day, I would like to unveil the game I've been working on as something more than just a part of the hobby but I won't be broken if I never do.

Alone, I couldn't do it. Since I found it, the Yak has given me tremendous amounts of enthusiasm and inspiration. I see minor miracles of rapid progression in other people's skills due to the depth of knowledge found here and the excellent feed-back given by those with greater experience. I believe my goal is attainable but realistically it'll be a good number of years before I have all of the components and skills that I need.

A quick concept sketch. Juve aiming at a downed ganger ... finishing him off. In the sculpt, i might have him turning his face away from his victim, trying to shield himself from the violence of his action, hence the raised left hand.

I might bring the left hand higher and closer to the face as well. I want him to look startled, young and out of his depth. 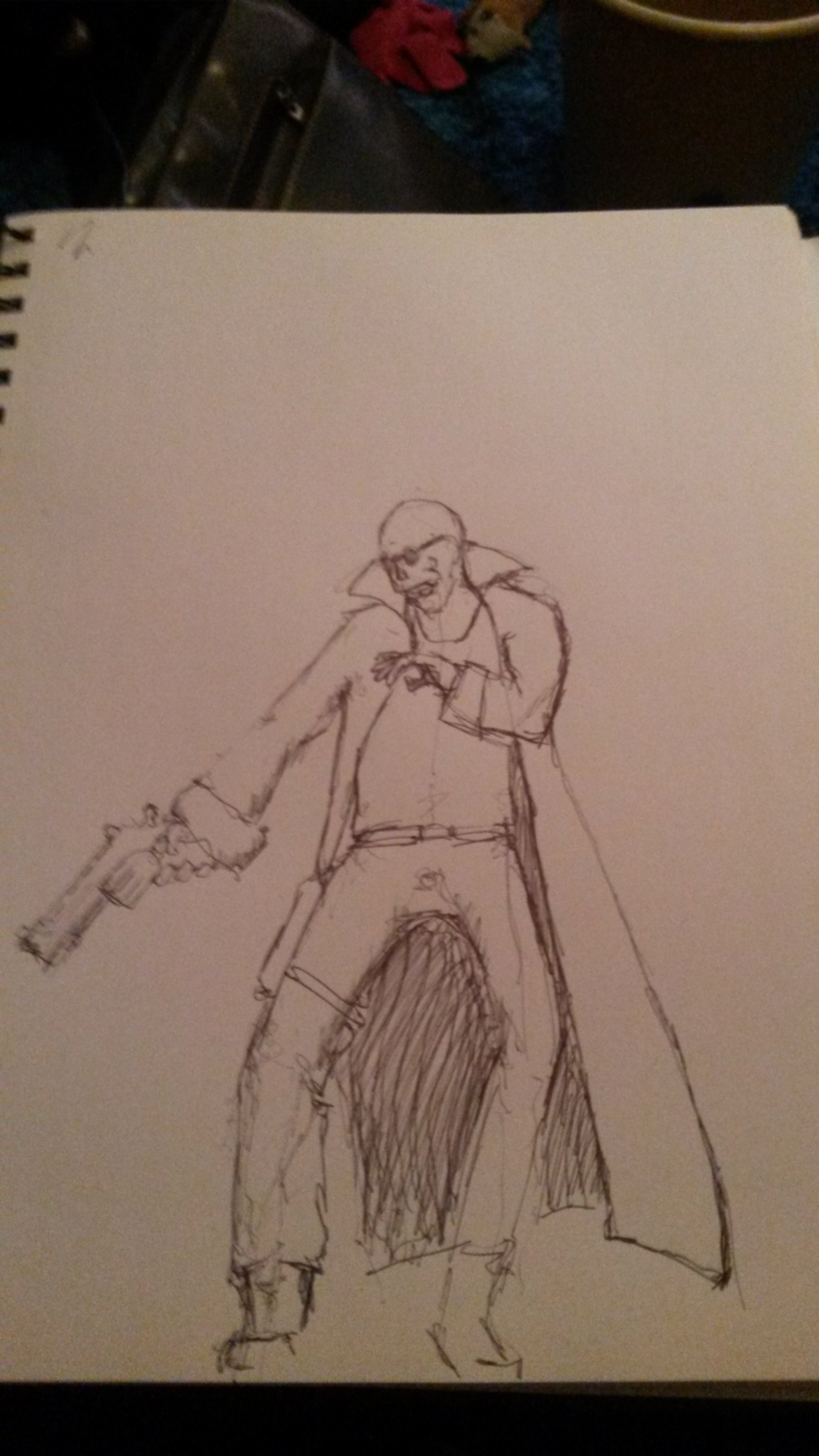 Cool!
I'm off on a similar goal already. Skill behind yours though, by the looks of things.
I have been doing a good bit of work on casting though (getting ahead of myself).
Reactions: trollmeat and BeardLegend

Regrettably, casting is beyond my technical knowledge. Though @Flamekebab has made massive strides in that direction. I heartily suggest that you peruse his "Glacially-Paced Plog" ... that is, if you haven't already.

I'm glad to see that the sub-community of sculptors is growing. Your thread is one that i'll be keeping an eye on now that I have a bit more time on my hands. Keep up the good work and don't give up. If you ever need any help or advice, I'll be happy to give you the benefit of anything that I know, or direct you to someone who knows better. If you search Beardy's Cave, you will find the early Ratling Gang that I did to get the ball rolling some 2 years ago. This shows my clumsy beginnings and a small degree of progression.

I've never used wire in my sculpts, preferring to layer up from a GS skeleton. This is partly due to the fact that I find it easier that way and partly because I don't have any wire ... 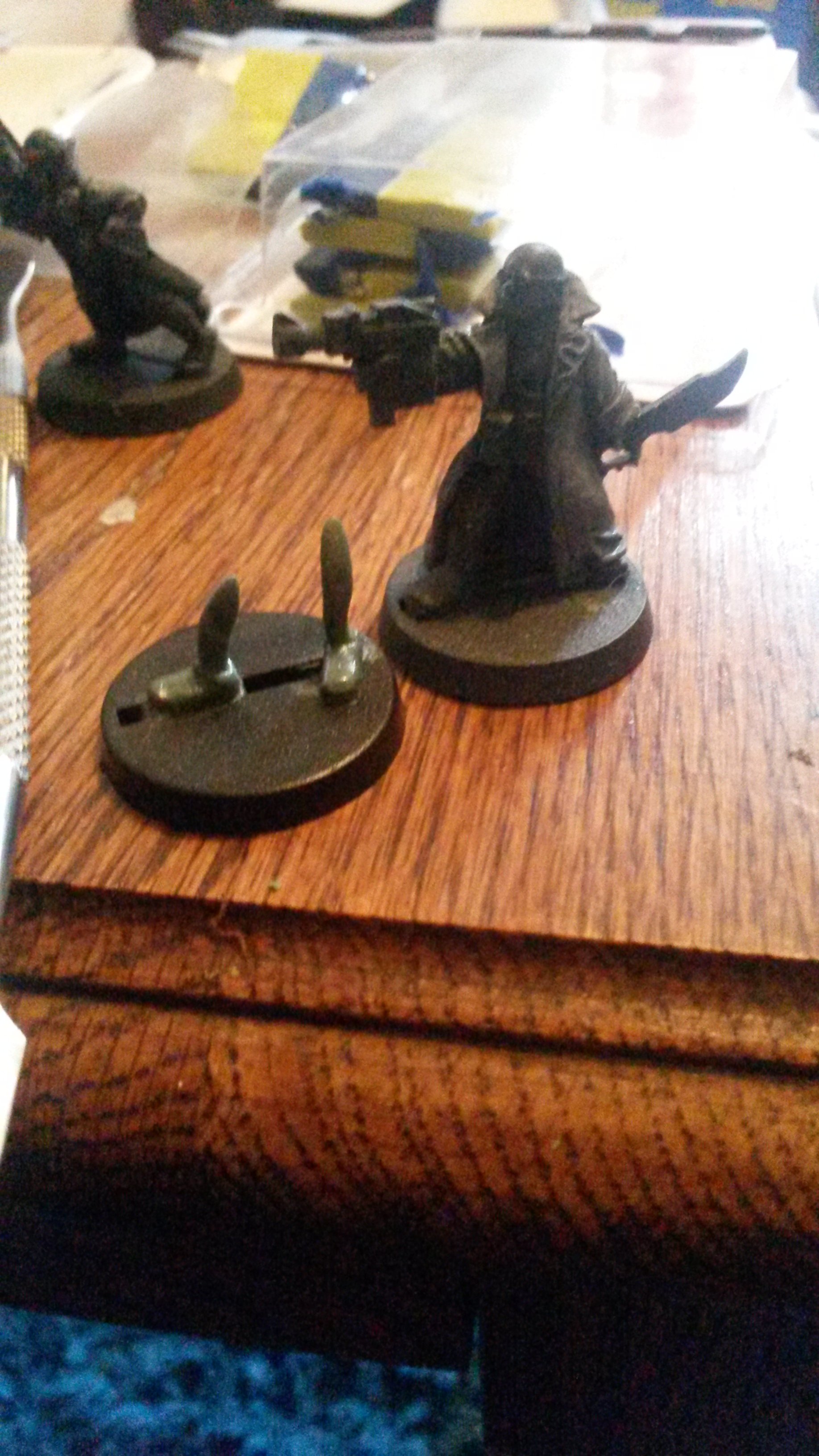 I have shifted the positioning of the feet for my model and used this other Juve as the pose-comparison. He's also leaning away from his intended target slightly and this will work better for my intentions.

This Juve is the guy that i'll be using to test for scale, as the majority of tutorials suggest that you should keep some kind of a measure of the scale of your sculpts when you're starting out.

The green-stuffed guy in the starting post is named Lurch, due to the fact that I accidentally sculpted him a good head taller than most of the necromunda minis. I'll definitely finish him at some point soon though. I like his face.
Last edited: May 28, 2016
Reactions: hreikin, Flamekebab, trollmeat and 1 other person

Dude I have the Heresey Delaque juve which is looking away from the direction he is shooting in. Next time I'm down I'll bring them so you can take a look. Naturally he is unpainted... 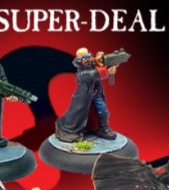 he he! classic BS2 poses

I wonder if I can think of some more...
~~~
Thanks for the pointers @BeardLegend. I've spent a lot of time drooling over @flamekebabs plog. And @obar's for that matter.

My casting's coming on ok.. Mostly due to reading the "how to make moulds and cast" thread. I just need to get some better sculpts to go with it now.

Knowing that I can make a half decent cast of finished pieces has pushed my sculpting on again though...
Last edited: May 29, 2016
Reactions: trollmeat

Get a mini mannequin to help with poses. I have a few somewhere, will dig one out if you fancy it?

Proportions are likely more of an issue to master than scale, at least that's what I find with drawing.

If you're really interested in the money route I'd say terrain is easier to get into, build from there. Mini's are all going computer based, put your PC to work?
Last edited: May 30, 2016
Reactions: trollmeat
Show hidden low quality content
You must log in or register to reply here.