A friend of mine and myself of course are looking for some footage to run a Badab War campaing.
Is there anything exept the fleet list from the the imperial armor? Esepcially some Sub-Sector lists would be useful.

Didn't Forgeworld do a Badab War book for 40k? Is that the IA you already mentioned?

The list of sources at the bottom of the 40k wiki page may be of use.
B

Yes that's the IA vol. 10 including the two fleet lists and some unique vessels but unfortunatelly no Sector maps or anythig usefull for BFG. We'd like to do a campaing like those in Armada or the core book.
Reactions: Aulenback and Tiny 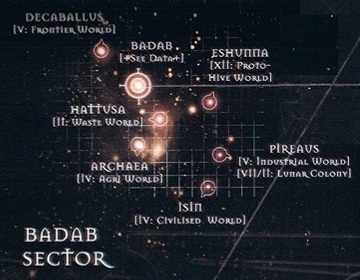 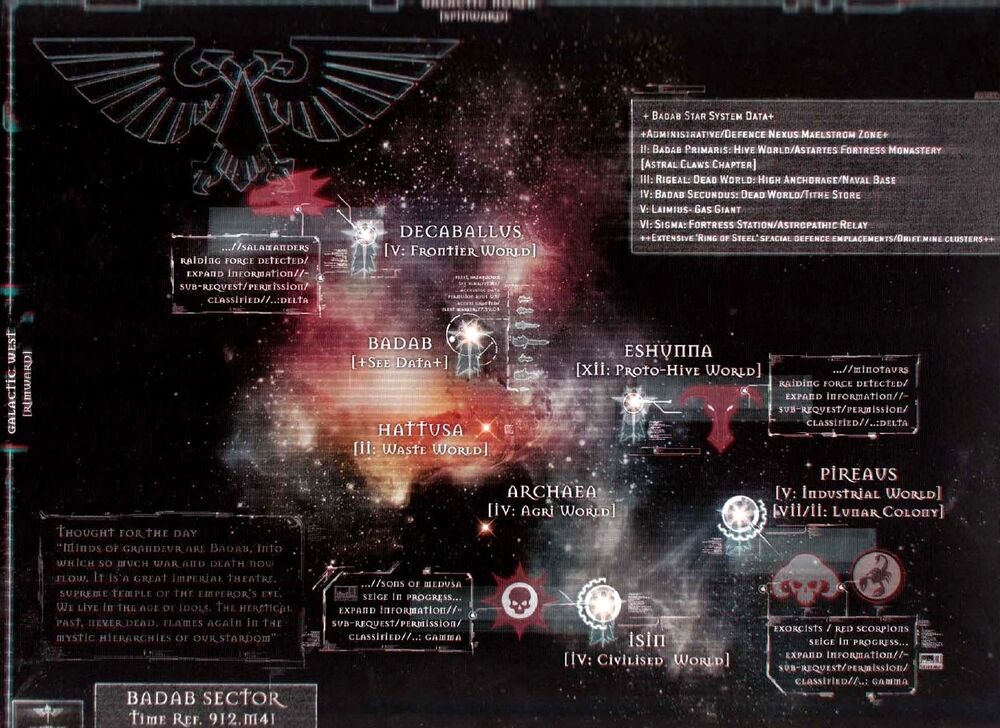 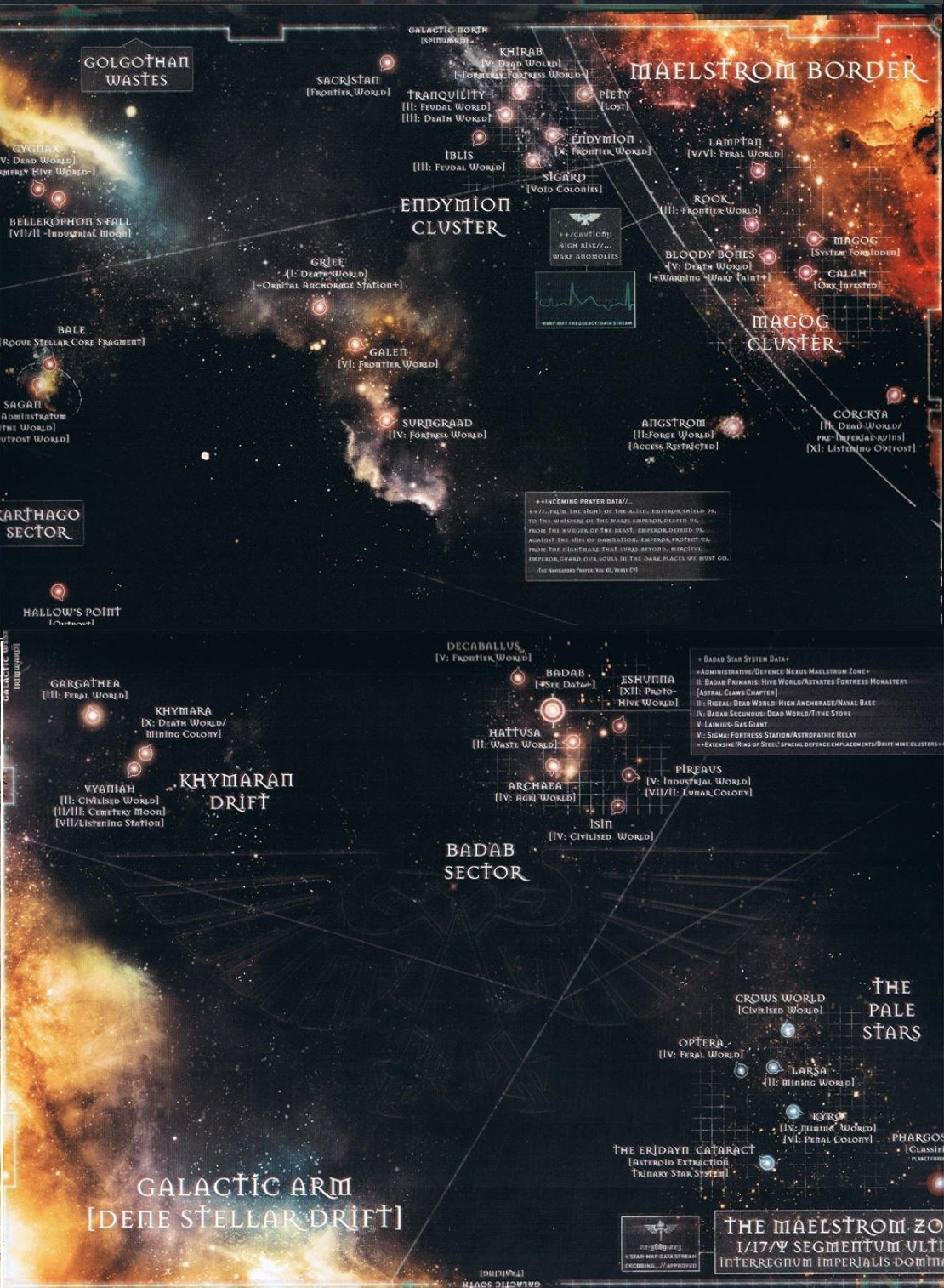 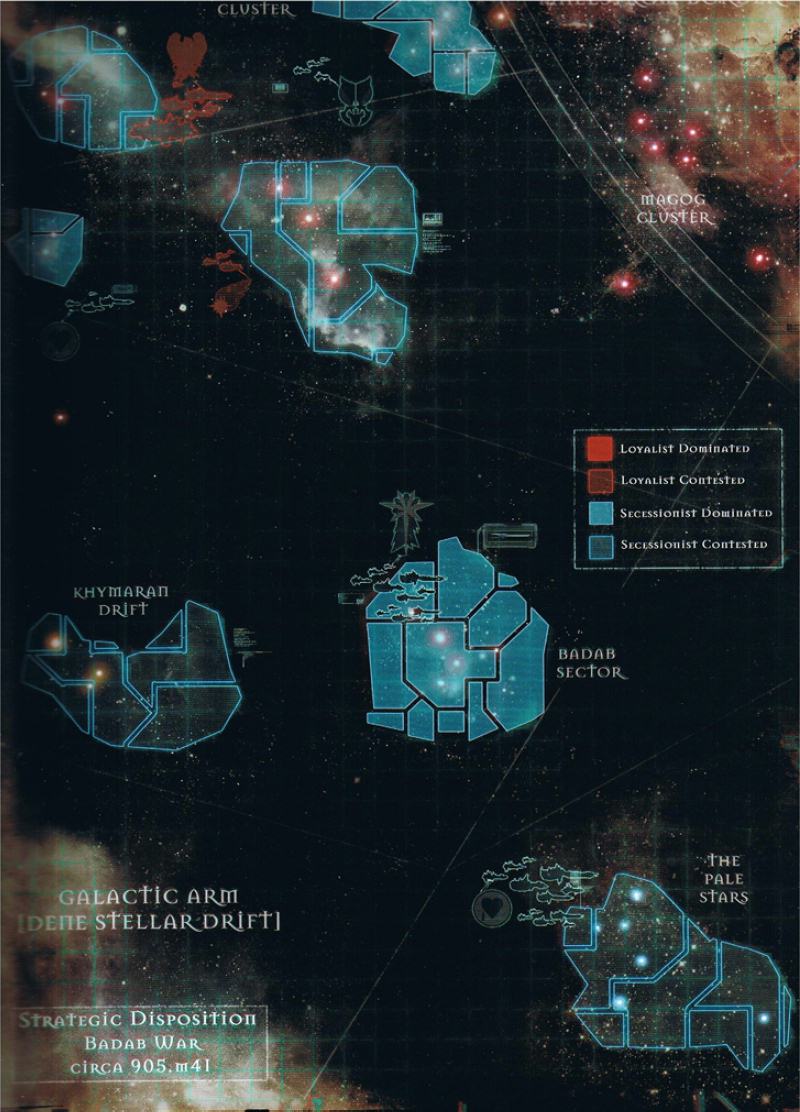 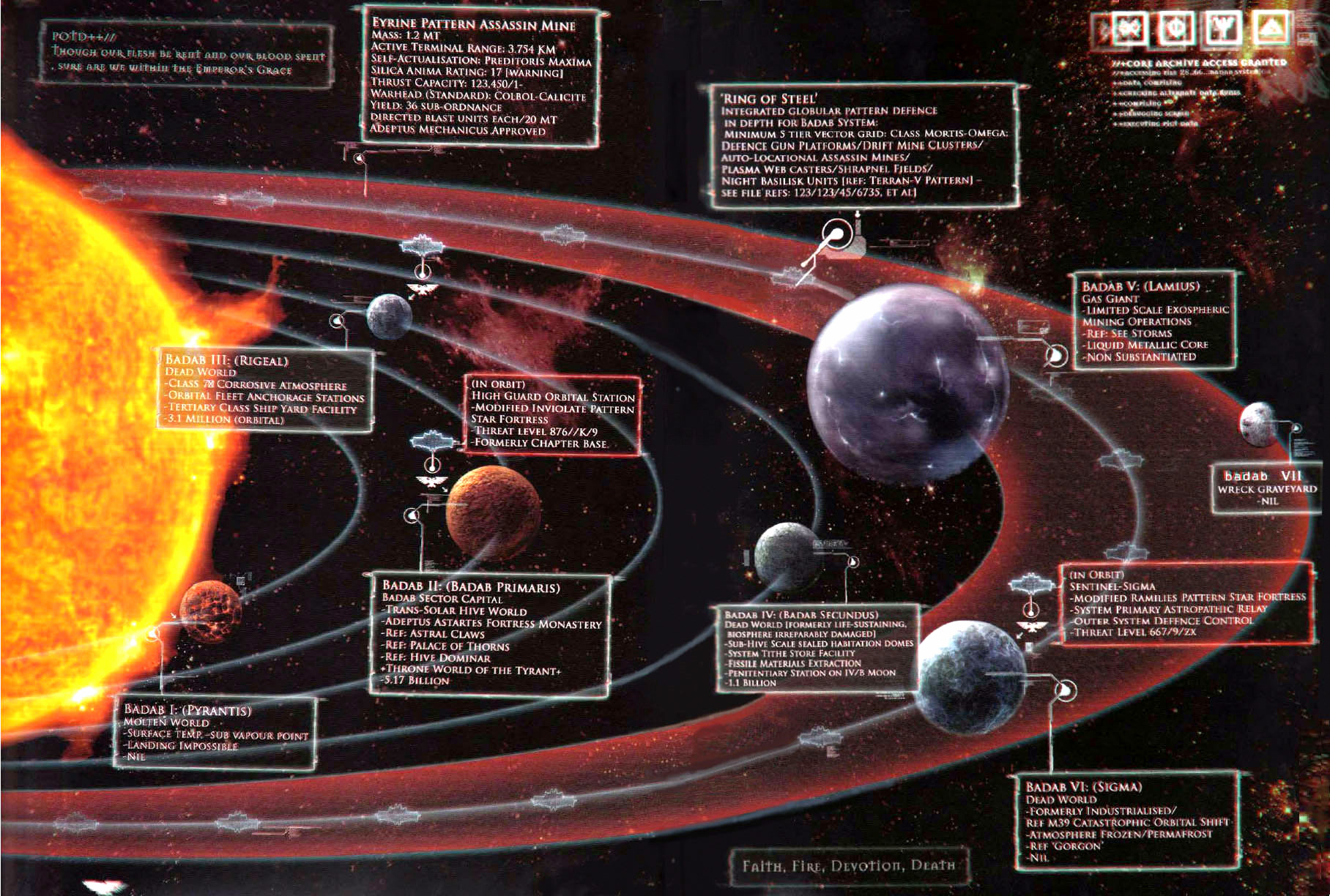 As such, I would suggest "borrowing" the campaign sector maps from the 13th Black Crusade BFG campaign, and simply re-naming sectors and planets to match those of the various sectors of the Badab War from the maps above. There are quite a few sub-sectors and planetary systems in the area between the Maelstrom and the Arm, all of which seem to be "in play" according to the Disposition maps. Unlike the 13th Black Crusade, most of the planetary systems are not initially Imperium-controlled, but have a chaos insurgency. But it should still suit pretty well. Fleets available and appropriate would shift [no planet-killers, for example], but the maps and tables should broadly suit.
Reactions: Burnz and Tiny
B

That's exactly what I was looking for! Thanks buddy!
With the information of this file, I'll be able to create the maps needed.
Show hidden low quality content
You must log in or register to reply here.
Share:
Share Link
Top Bottom