That aside, I am starting an experiment, and was wondering if anyone here had ever actually USED them, to have some idea of what to expect.

Ramping up to another GorkaMorka campaign at our house, and one of the mobs I'm building is a Morker gang consisting principally of bikes and bikers. The usual considerations for biker gangs of course, include ensuring the possibility of having a spare footer on a riding platform or in a sidecar, both for boarding actions [either direction] and fetching scrap, and even for adding a 360 shooting possibility.

That said, I was looking to find a different way to handle modeling the same. Azzabat's sidecars thread [and the idea of separate-piece-fitted-base-to-base sidecars] has quite a bit of appeal, but I then stumbled across the old BladerZ article in the Journal [and later in Gubbinz, though I don't own a physical copy]. And wheels [pun intended] started to turn.

Roller skates are a really easy conversion, with any bit of spare round sprue, and choosing an appropriate set of legs. Sure, BladerZ cost 5 teef extra [so three would run the cost of a fourth, unarmed, boy on a fourth, unarmed, bike], and sure, they suffer an extra -1 to their shooting [whether rolling or on board a vehicle], but they combine the utility of a passenger with that Max Headroom 1980s madness that seems somehow so Mad Max appropriate.


So here's a look at the physical building of roller skates. Careful not to blink, because it is ridiculously fast and easy, so you might miss it.
View media item 22294Choose an appropriately posed set of ork legs; generally those leaning with one leg forward in a walking or running pose. Trim four short sections of round sprue, approximately the length of the ork boy's foot's width.
Glue them under the foot in pairs [each length of sprue representing both a left and right wheel on each foot].
View media item 22297
That's as far as is visible in these images. Next, file the outer surfaces flat, parallel with the lines of the foot [easier to do once mounted]. Then paint the wheels one bright 1980s roller skates colour, and the boots another: 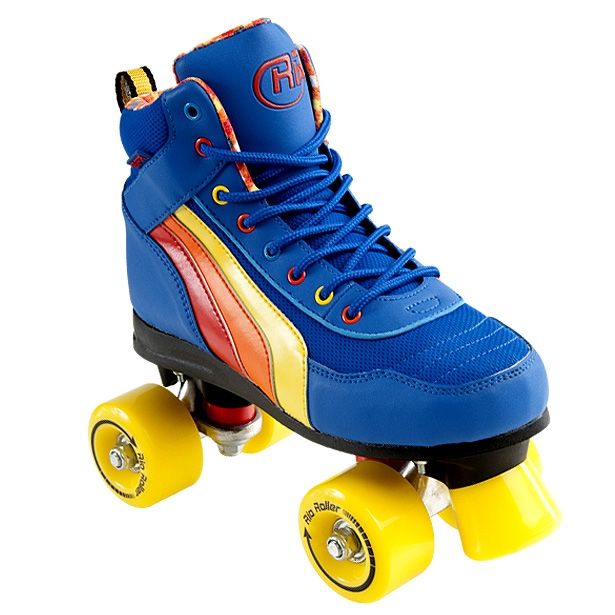 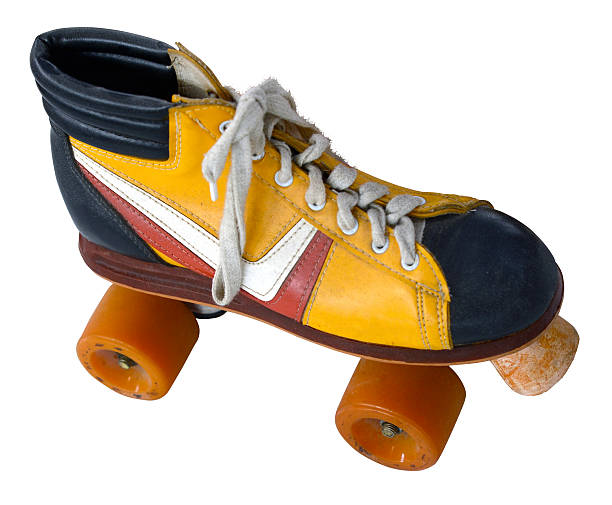 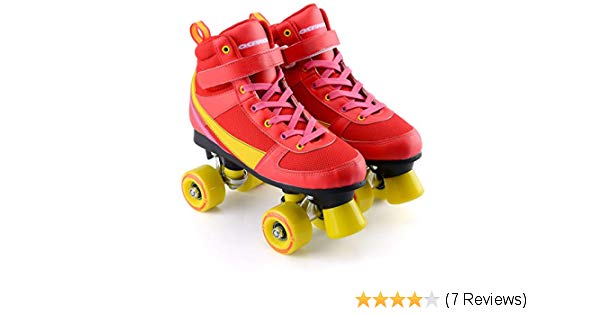 And then... you're sorted. Well, of course, paint the rest of said ork [this one is scavenged from the bin at a local game store for the experiment, and needs stripping and painting], and base it. Of course. Goes without saying. Except that now there I've said it.
So RollerZ [according to the article in CJ, despite both RollerZ and BladeZ sharing exactly the same rules, but I suppose the article authorZ juZt wanted to find other wordZ they could end in Z] cost a bit more than sidecars [5 teef], offer minimal benefit [technically, 'skitching' on BladeZ does allow both boarding and disembarking in the same turn, effectively, and give +1 to the Movement characteristic of the footer, possibly helpful in Scrap Grabbin' or in scenario objectives], and a few penalties [penalty to shooting, and cannot climb fort walls if besieging].

But before I make a set to accompany the three Morker bikers, I wanted to know if anyone else has played the rules. Are they somehow actually powerful? Horrendously useful, such that they are too broken to allow in a campaign? On paper they look slightly UNDERwhelming, but with the right advances and gear they could potentially become rather combat stompy [mind you, true of any ork boy, that]. So just looking to head off potential unfairness in a campaign involving a ten-year-old as one of the players.
Last edited: Oct 24, 2018
Reactions: Ben_S and Luca Manderioli

Hm. A week, and no response? Has no one used them before? Curious. Well.

Will need to fix that come the new year. Eventually, will keep us up to date on what I find out about how they play.
D

Aulenback said:
Hm. A week, and no response? Has no one used them before? Curious. Well.

Will need to fix that come the new year. Eventually, will keep us up to date on what I find out about how they play.
Click to expand...

Just saw this.
Can honestly say never used the rules or fought against a mob with rollerz/bladez.

I feel as though GoMo has a really delicate point of wackiness vs practical gaming.
All comes down to how much wackiness you and your opponent(s) are willing to include in the game.
Reactions: Flamekebab

I read the original article ages ago, and it seemed to me that it belonged best with an all-Juvie gang who also love pizza and pinball...
Reactions: Flamekebab

As a note, a scan of the Citadel Journal article has now been added to the Vault.
https://yaktribe.games/community/vault/bladerz.999/

Plan still afoot [ba-dum-tish] to convert up three mobsters with roller skates ["RollerZ"] (rather than sidecars) and shootas, to accompany an all-bike mob.
Reactions: Ben_S and DArquebus

First colours laid down, a look at what the modeling results might be: 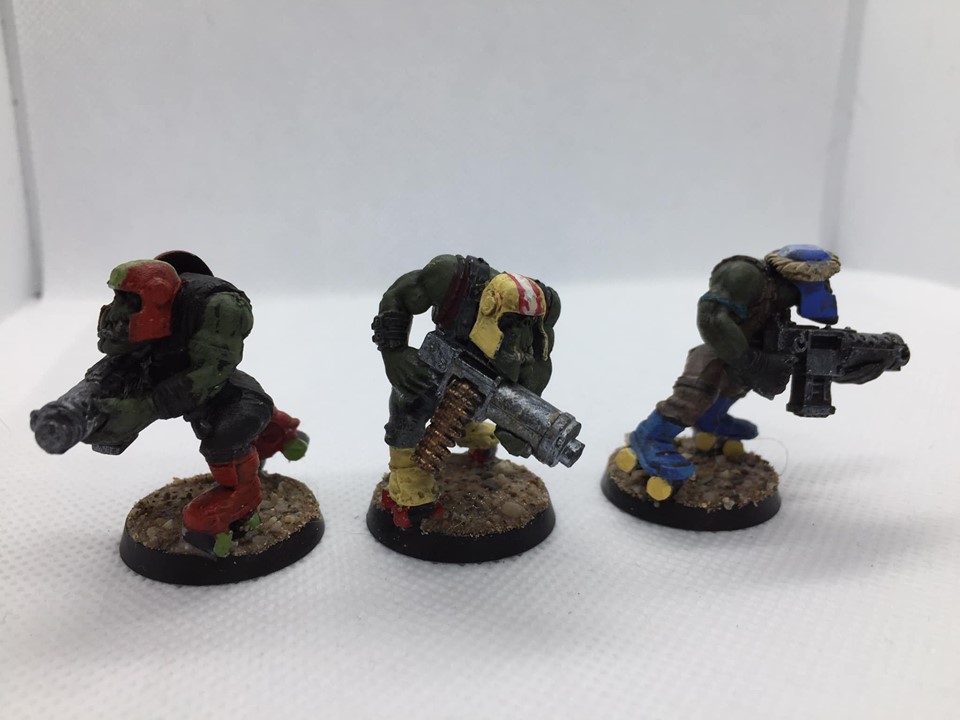 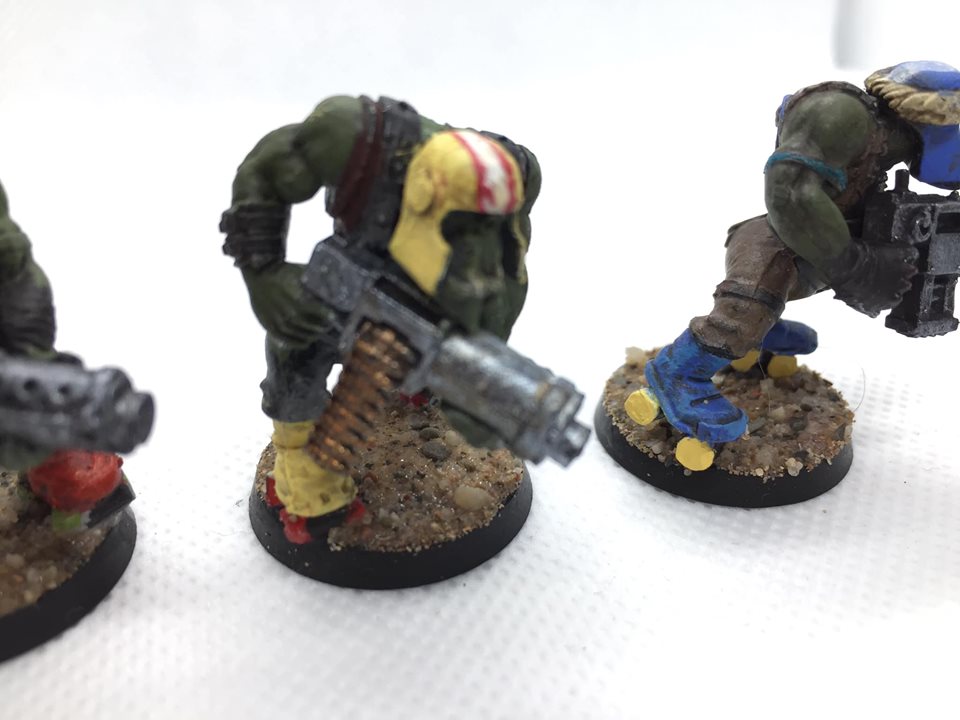 You are a madman sir. I love it.
Show hidden low quality content
You must log in or register to reply here.
Share:
Link
Top Bottom