Let's not turn this into an Escher thread. Being the first gangs to be released is both a blessing and a curse. It's safe to say that I'd probably want my favorite gang being release as late as possible.

Sculptor miss some of the best Escher girls and weapons right infront of their face! But it's too late now. What done is done. Moving on. 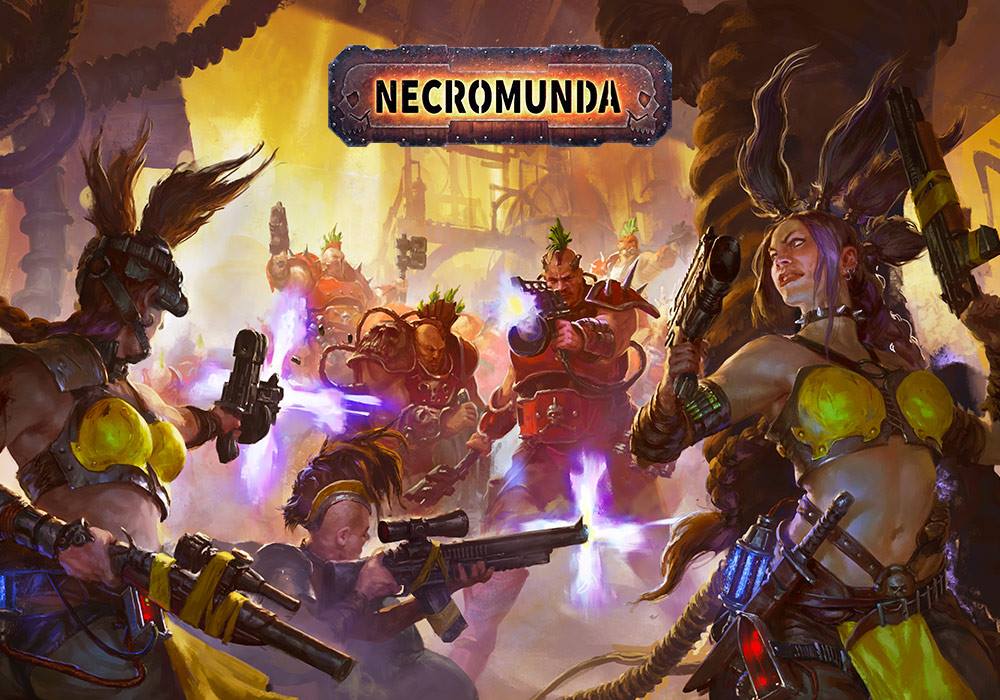 I am eager to try out the new map campaign rules. My group is nearing the end of our turf war, so I hope we don't need to wait too long for GW4.
Reactions: Space Truckin
V

You Wint need to wait long. It will be covered in the next white dwarf and will be released around the European Warhammerfest which is about 5 weeks time.

I never thought to ask about grenade launchers (well it’s actually blast weapons but we know grenade launchers are the ones people are most concerned about). It was me who asked about it at Warhammerfest and gave out the previous news. I believe I said at the time it would be in the next FAQ. It is possible it could be in the reference pack but they would also need to update the FAQ aswell. It wasn’t mentioned that it was in gang war 4.

Annoyed now as it would have been great to get an update on how the change was shaping up and when we would likely see it.
Reactions: sedits, Stoof, spafe and 1 other person 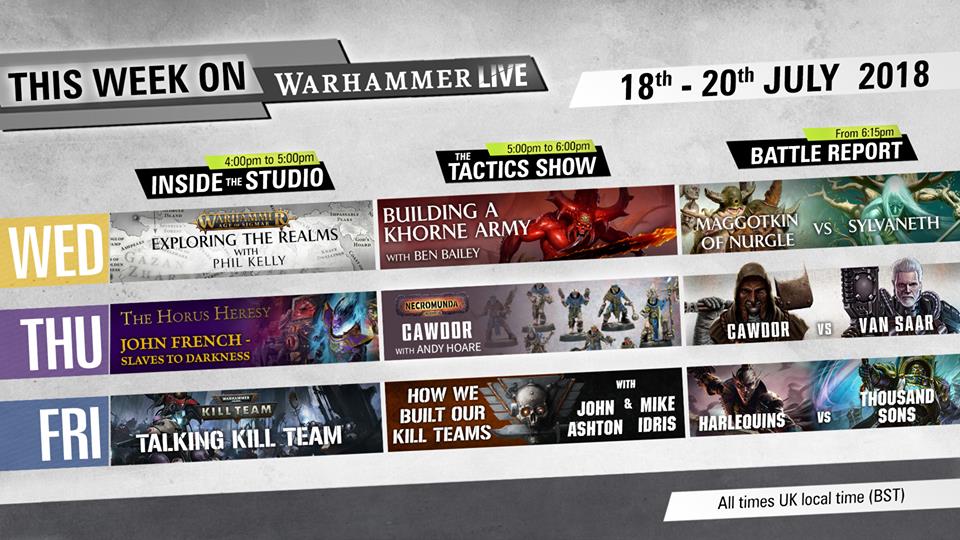 There will be details tomorrow!! Plus a battle report of high and low tech opposed!

Doesnt this suggest next weekend for release - it was the week before (26th April) for the van saar twitch reveal right (on order 28/9th april):

Cawdor largest house – is this reflected in gang size – yes to an extent, partly expressed in weapons – some reclaimed autoguns, not quite as good as brand new polished autogun bought off orlock autotrader. Fair to say they get a few more numbers, rubbish weapons.

In the scenario, does candle affect in the dark?

I hope the Cawdor character heading into production is the scarecrow mask looking guy.

Also really looking forward to the resin bits for Cawdor based on what they've said.
Reactions: SumpRat and Petitioner's City

Deleted member 9968 said:
How has no one posted a picture of the sheen bird yet!?!?! (I was watching on my TV and didn't think to take a screenshot.)
Click to expand... 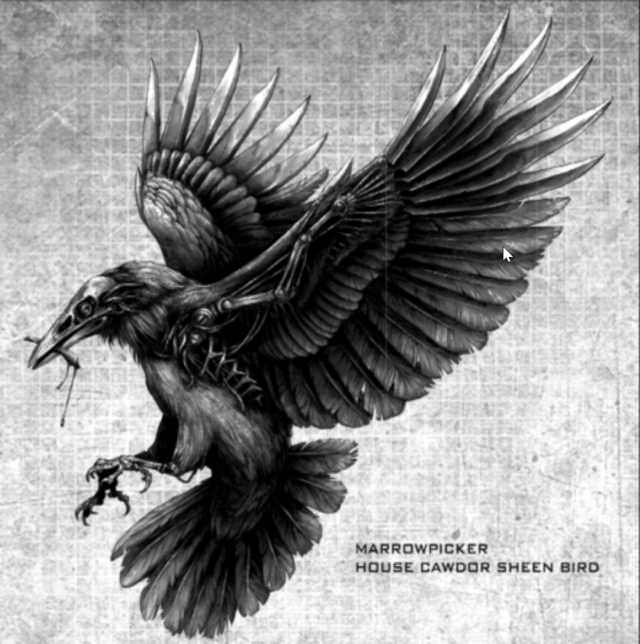 Last edited by a moderator: Aug 9, 2018
Reactions: sumpthing, spafe, Reyner and 7 others

I guess not this week, as the email should have been sent - it was 9.33am GMT on the 27th April with the last FW Necro release ("Guns, gangers, and one very angry dog"). But that was the day before the Van Saar were released (28th April) - so if Cawdor are out next weekend, maybe the next FW weapon and other things pre-orders is next Friday, 27th July, which would match the April releases and the usual two week window for LCTB releases, which went up last Friday with Renegades.

As an aside, I imagine Andy has all the longterm minis available to him, but he was talking about his two phyrr cats - so they shouldn't be too far off?
Last edited: Jul 20, 2018
Reactions: ThreeDice, Space Truckin and spafe

eh, I'll be getting a gryph hound from the AoS stuff for my cat anyway, wasnt a fan of the fw look for them. That sheen bird however...
Reactions: ThreeDice and Space Truckin
S

spafe said:
eh, I'll be getting a gryph hound from the AoS stuff for my cat anyway, wasnt a fan of the fw look for them. That sheen bird however...
Click to expand...

I wonder how big the Sheen Bird will be.

Will it be a flock? Or one huge one?

Either way, i’m looking forwards to this release!
Reactions: spafe

Sooo maybe next week? I guess we'll know if so tomorrow with the preview.
Reactions: Space Truckin

It's going to be tomorrow.
Day after Kill Teams pre order.
It only makes sense in GW world.

Didn't think I'd be excited for the candor release, but the hype had gotten the better of me.

Looking forward to making some crazed custodes fan boys when they get released
Reactions: SumpRat

Hey guys I’m going to split the hurl opponent crack into its own thread on the rules and mechanics forum. There’s enough of it, and it’s interesting enough tactically, to warrant its own space I reckon. The tactical aspect of it applies not only to Cawdor but to all gangs so I figure it might be better served in its own thread than being buried here.

EDIT- moved the hurl/headbutt chat here.
Let me know if you feel I’ve been too draconian and you’d prefer some of the skill table chat brought back over, wasn’t sure how best to seperate it so moved a canny chunk over for a little bit of preface.
Last edited: Jul 21, 2018
Reactions: MedMos, Rusty101, Deleted member 9968 and 5 others
M

Anyone managed to find an hints/rumours etc on what the new skirmish rules will look like? Got some van saar to build....
Show hidden low quality content
You must log in or register to reply here.

N18 Collected Errors/Typos in The Book of Judgement