I'm starting this thread so that I can share channel updates with you lot for the ongoing Dark Uprising set in Hive Galatus between the ruthless Enforcers and the misguided Cawdor splinter faction, the Brotherhood of the Dying Light.

Firstly I just want to say thanks to everyone who's watched a video,liked, shared or subscribed, it's pretty cool making something and people enjoying it

So aye, thanks for the support and patience yakkers!
Reactions: NoOneII., MedMos and Mr. M

NoOneII. is a Warhound Titan. That is a designated scout titan class of 15 yards or so. Stalks you now.

Had difficulty with WiFi for some reason during upload time last night so ....long story short, new batrep will be up today!

Ta-dah! Here is the link

Watched it, loved it. Good thing I built a shotgun on one of my enforcers.

The narrative is great, looking forward to more of that. Tomorrow will suffice. (Production Quotas, you know?)

One Gameplay thing I noticed: When at 8:00 brother Jeb gets shot I thiiink there probably a Initiative-Test to not fall off the wall would have been in order. But that's just by eyesight from the video, might be mistaken.
Reactions: drdrybrush

You sir, are correct, good spot

ull keep an eye out for next time .

Shotguns are the way

I love them, especially when flesh wounds start kicking in

So I've enjoyed my festive youtube break but before doing another battle report I though it might be an idea to ask the community to send me any questions they have for me, my channel, my thoughts on various hobby stuff or life stuff stuff in general. 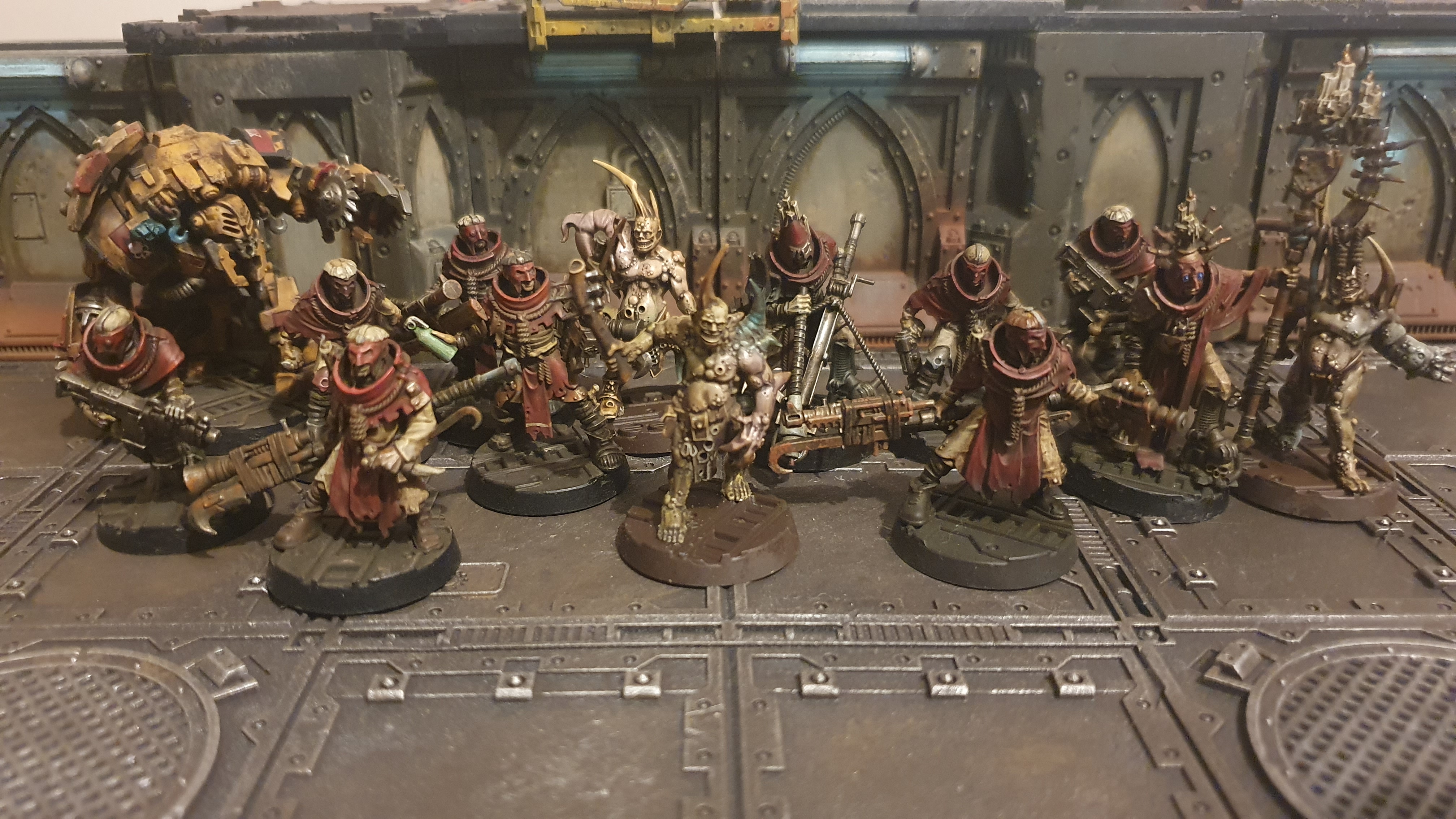 Necromunda gang
The Brotherhood of the Dying Light have grown!

The grandfather has sent 3 servents from the garden to help Ezekiel bring Hive Galatus to the great rebirth!

Phlegmus, Necrose and Bile come armed with 2x Mauls each and have their own ...blessed resilience from the grandfather (flak armour rules) some say poxwalkers...others say devine messengers.

(They'll be using the regular ganger rules and stats)

The Rogue ambot AX-13 has also been brought to heel by the Brotherhood and now serves the gang !

so....long story short, my phone got fracked up at work which has meant that I cannot record or edit video...I cant even unlock the bloody thing....so....there will be a delay in videos until mid April at least when I will have a replacement.

Sorry for the delay all, I know a lot of folk have been enjoying the videos and I dont want to let anyone down whos into the chanel.

Cheers for the update. Was thinking youtube hadnt alerted me for a while.

Hope you can sort your phone soon though mate
Reactions: drdrybrush

new phone is arriving on 15th so hopefully quick turnaround, treated myself to better lighting so hopefully that helps with the experience.

I did origionally plan a "play at home" scenario for viewers to get stuck in to over the next few weeks to help decide certain bonuses or drawbacks to the final game and ultimately Hive Galatus but I don't really want to leave folk waiting yknow?

Play at home scenario would be loike a solo or play with a mate scenario as a one off game set in hive galatus and folk would email or post results of the game in the comments and that would dictate things for the final game.

Once is suss out some bits and pieces , fingers crossed new video up by Monday!
Reactions: Mr. M, Stoof, MedMos and 2 others 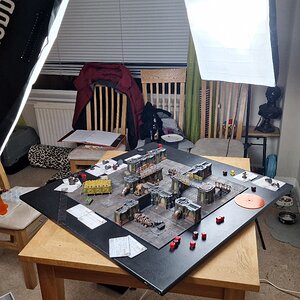 The upload has begun!

Will watch that tonight
Reactions: drdrybrush

So now the new video has been up a few days, I need some community feedback, namely the gunshots/targeting/muzzle flash effects....yay or nay?
Reactions: spafe
Show hidden low quality content
You must log in or register to reply here.