Chronicles of the Karma Soupa (Frostgrave)

Between the time when the oceans drank Atlantis and the rise of the sons of Aryas, there was an age undreamed of. And unto this, Fumblemore, destined to read the fabled book of Karma Soupa upon a sweaty brow. It is I, his chronicler, who alone can tell thee of his saga. Let me tell you of the days of high adventure!

With only his lowly apprentice, Pierre the Dangerous, as his follower. The Great Soothsayer Fumblemore required some much needed muscle before heading into the cold ruins of that cursed city!
He would summon the greatest warriors in the land: stout, bitter and pale!
From atop of his new sanctuary, he watches as three bands of such fine stock appear,
Of coarse he knew they would come ....he had promised them free beer!
Q 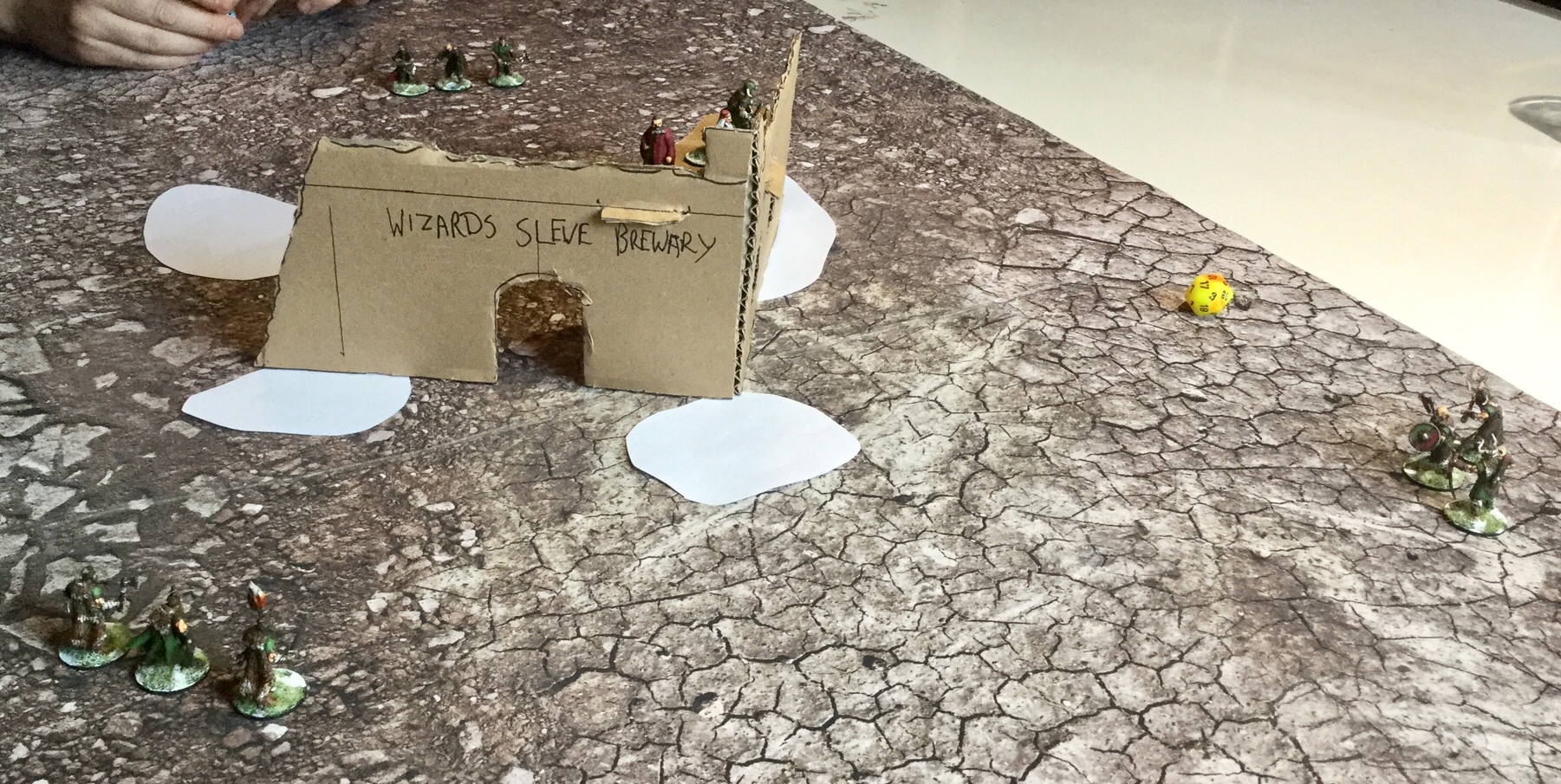 @spafe Stormrider is thirst to break down the door! He is met with the sight of @Stoof foul-fart and welcomed by a crossbow bolt from Ivan ‘the drunken brawler @Draconic 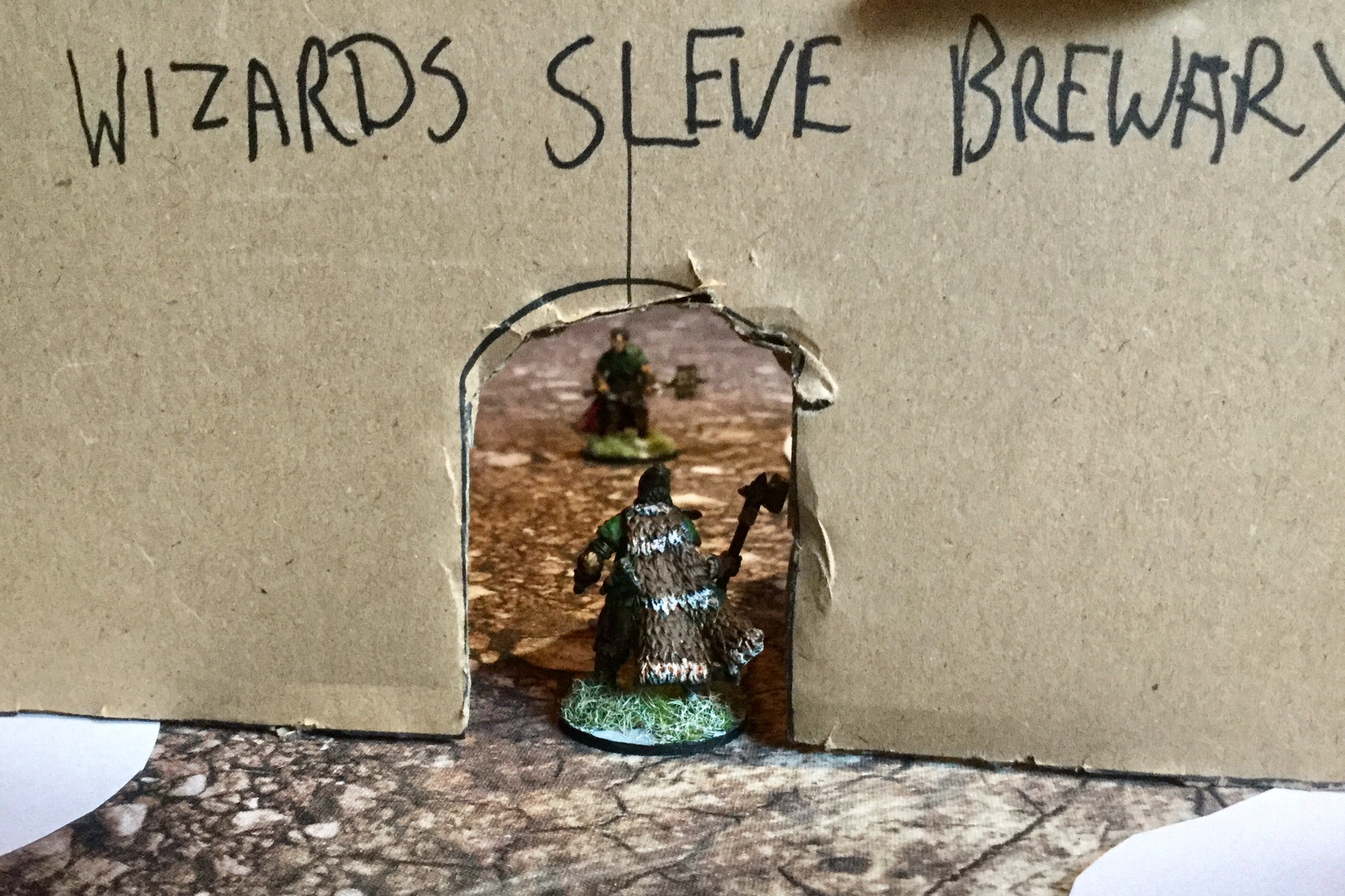 Confident in the Stormriders abilities, @Punktaku Scarscrag heads off the other groups advance. @Ardavion Agro-arm braces himself for the charge, with @Kommissar Shriken the Barbarian urging him forward! 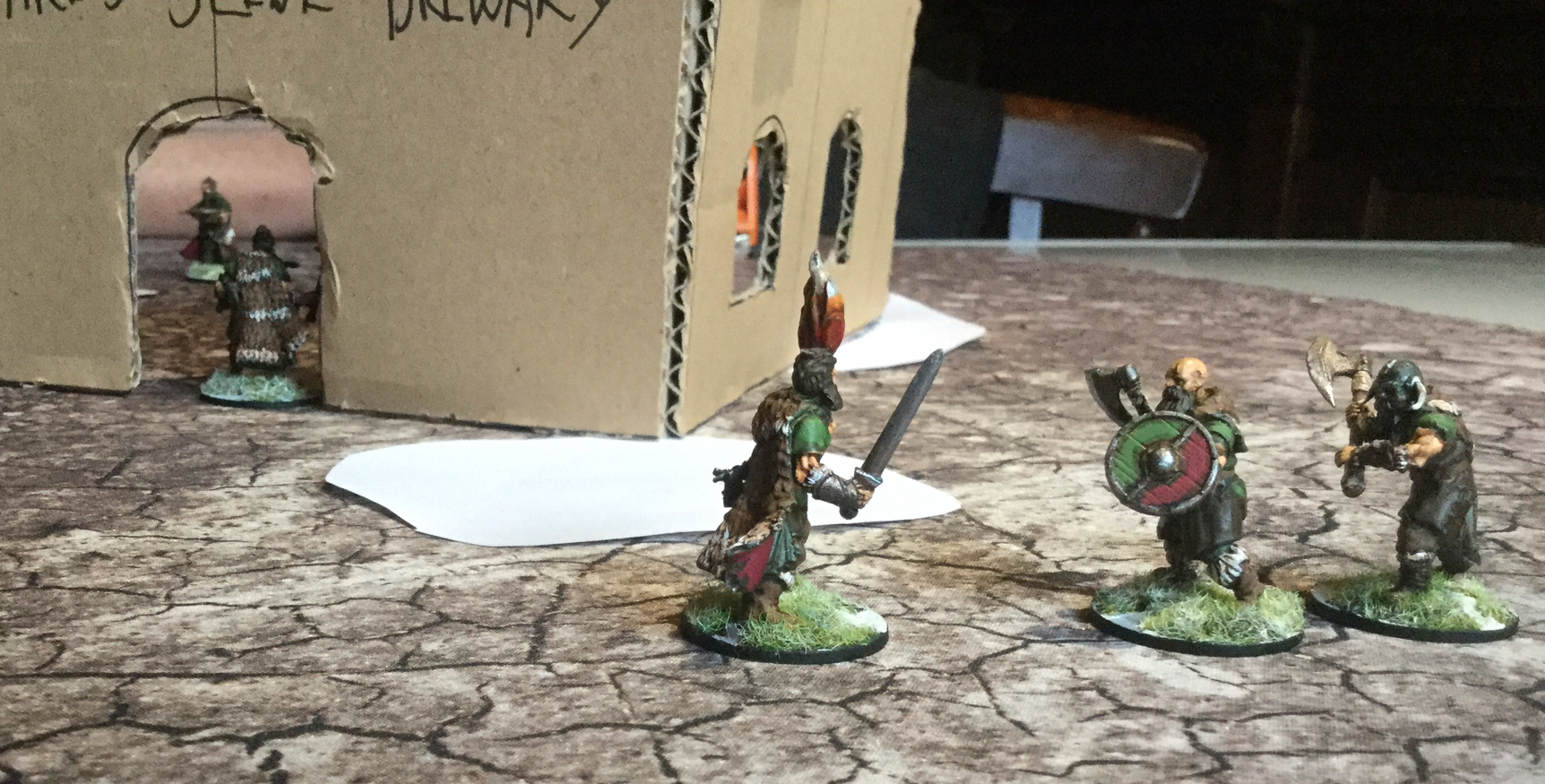 From nowhere, @radulykan Wolfheart leaps over Scarscrag and in a fabulous show of athleticism, sweeps them with his spear! 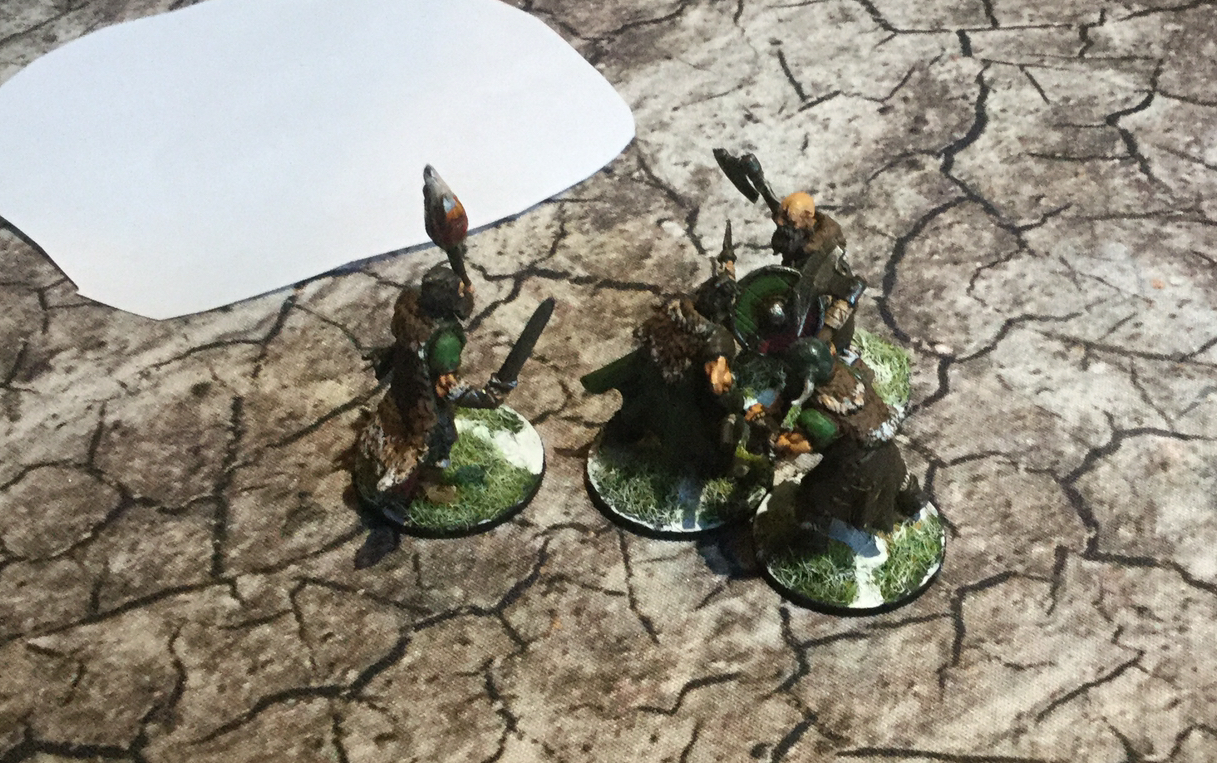 His display is short lived however as Shriken and Agro-arm body slam him to the ground and use the momentum to deftly put Punktaku the thug down! 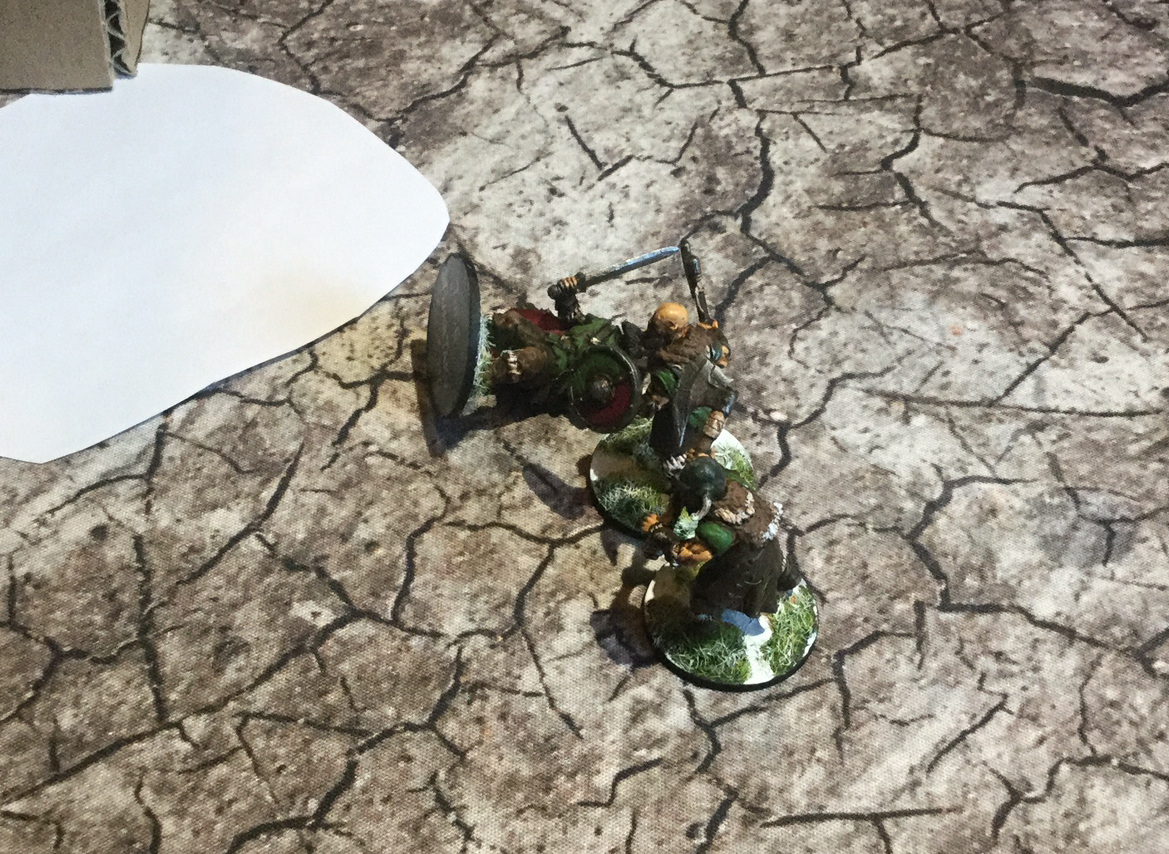 With a bolt sticking out of his chest, the treasure hunter Stormrider bawls into the brewery! He is met and dispatched by @sump dweller the clumsy, and the foul farted! 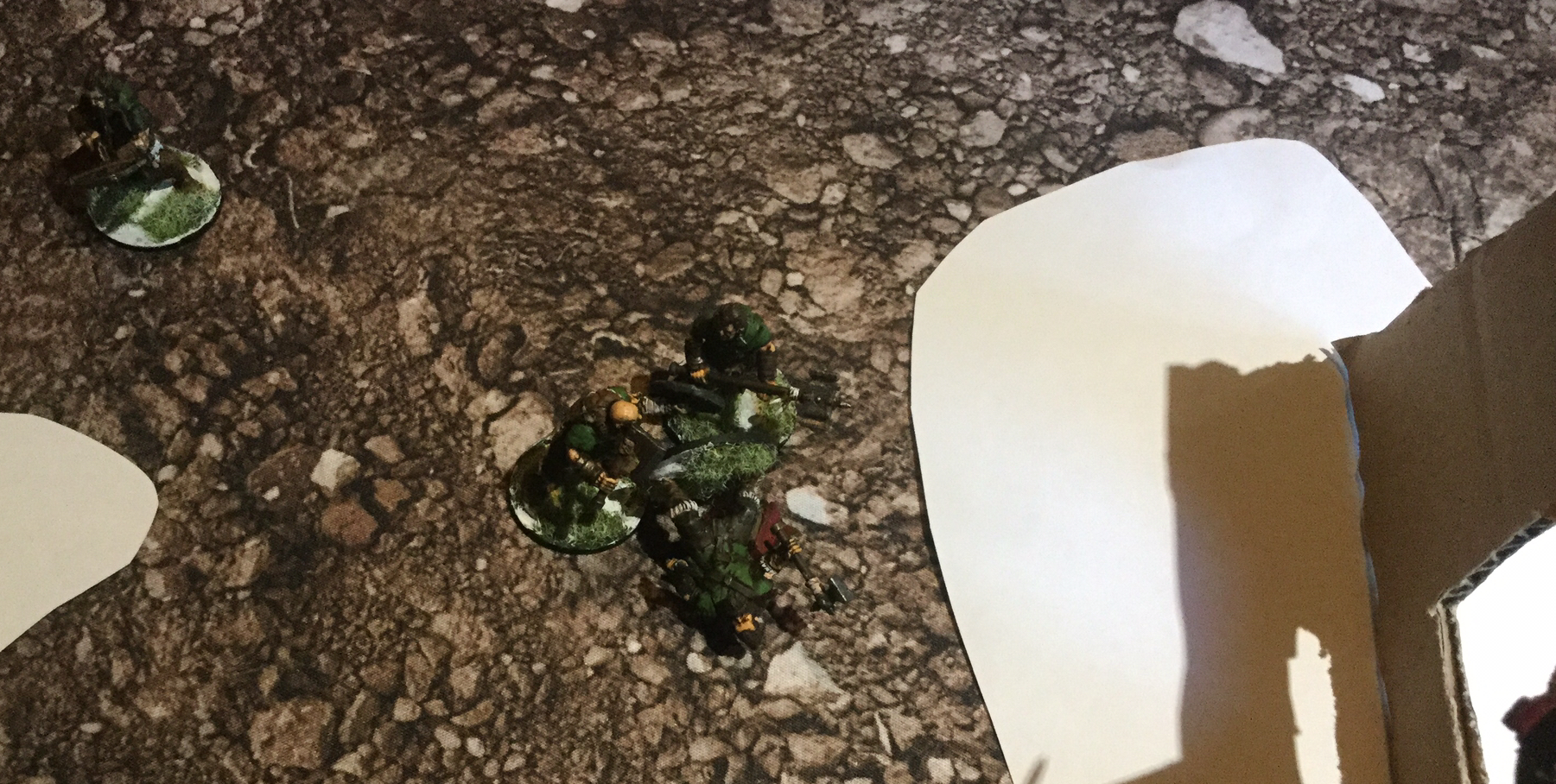 Wary of the Drunken Brawlers bolts, Agro-arm and the Barbarian take cover as @MedMos Thundershaft lets loose an arrow through the window!
Stoof lets off and charges the corner of the ruins! 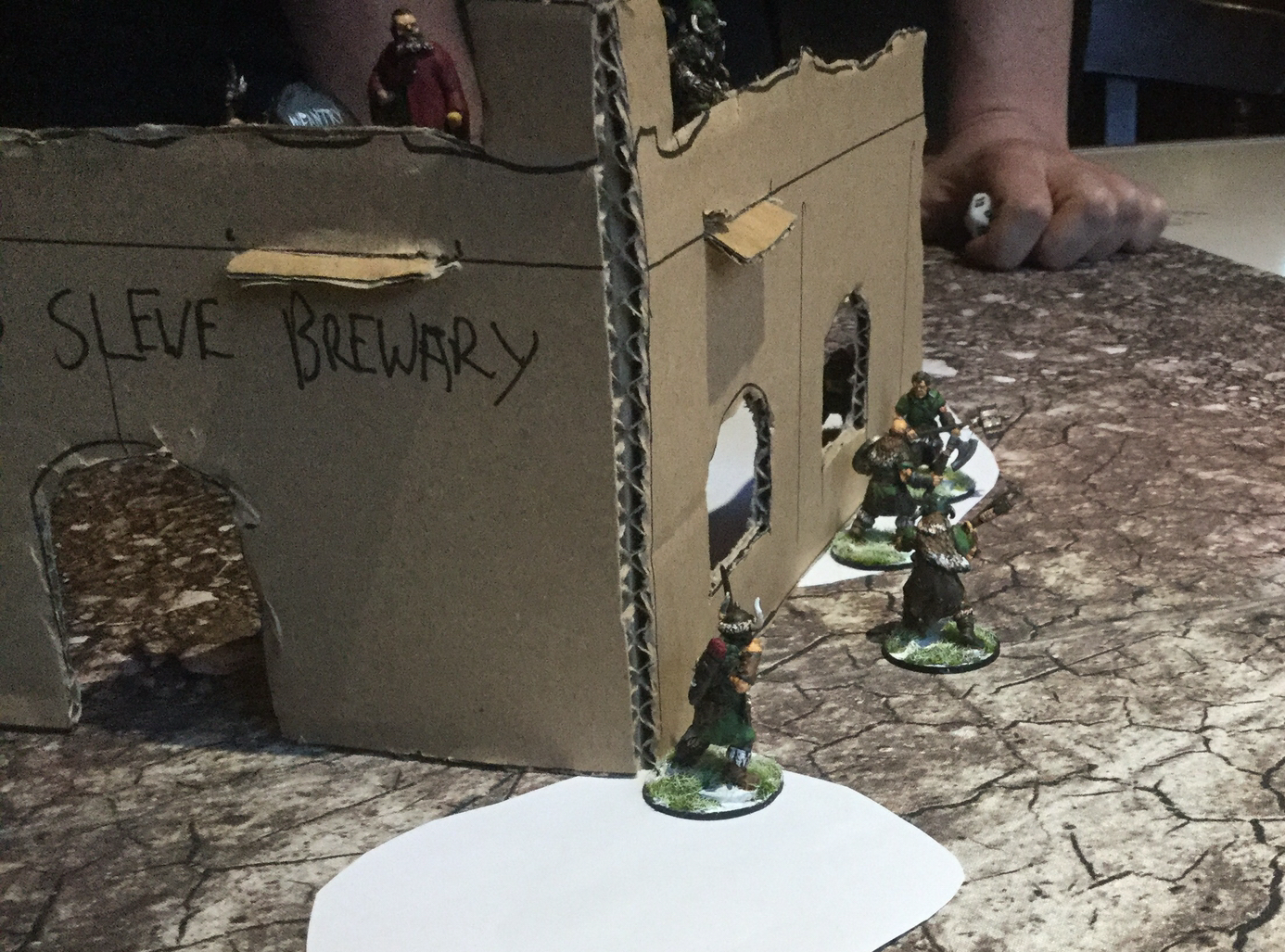 Things get vicious as the combatants all enter the fray! Thundershaft is too reluctant to fire into combat but the tension breaks when Stoof’s gas runs empty!
Ivan Draco completely ignores what is happening outside as he finds himself in a room full of free beer, and Clumsy Sump succumbs to the three on one situation! 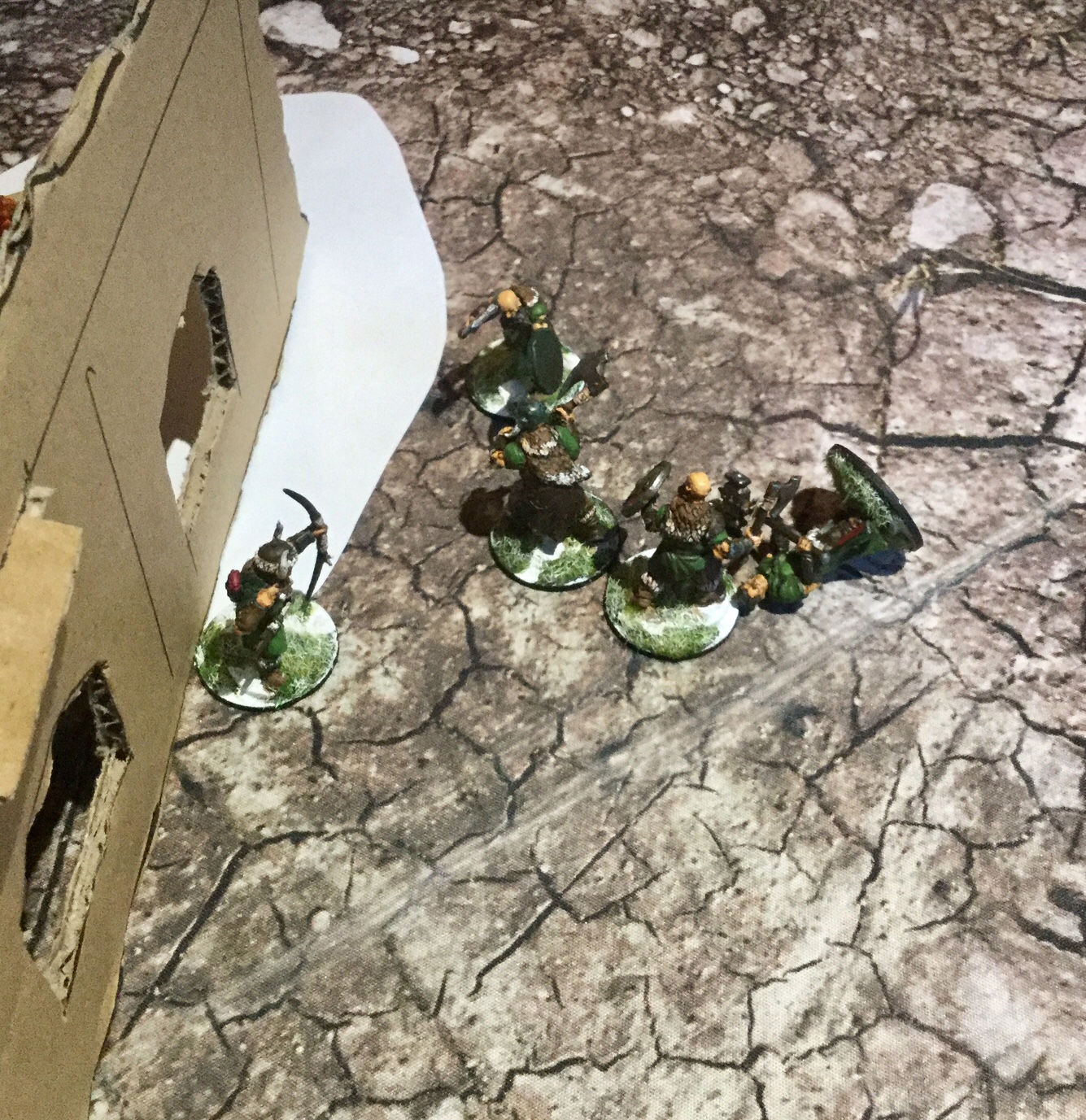 Fumblemore claps his hand and declares Shriken, Ardavion and medmos as the first to get their free ale!
He claps again and beer tankards come to life, each taking a wee dram to the wounded, recovering them fully!
And, as per instruction, the Apprentice Pierre goes to pull the first Ale only to find the keg is already empty....and a full looking, beer soaked, crossbowman fast asleep behind the bar!
Fumblemore claps his hand once more....
Reactions: Ben_S, MedMos, Ardavion and 3 others

Note to self: Eat more beans before a fight. Can't go running out of gas again.
Reactions: Punktaku, Draconic and CaptainDangerous

Note to self, cross bow bolts are hazardous to health
Reactions: CaptainDangerous

Felt like i was there! , Yay i shot someone.. done my job.. now onto the loot whilst the others are still fighting!

Note to self: armor needs more spikes to prevent @radulykan from using me as a vaulting horse. Note #2: do not let Radu make the plan of attack anymore.
Reactions: CaptainDangerous
Show hidden low quality content
You must log in or register to reply here.
Share:
Link
Top Bottom