I'm Commi, new to the Yaktribe community and I have some stuff to share with yall. Sure it is not irl-modelling, but when you live in the thickets it can be nigh impossible to find players. Thus, I introduce you to my Project: Necromunda for Tabletop Simulator. Effectively simple to make, borrowing various existing meshes, but it took me making/kit-bashing a bunch of rebel grotz out of a single existing pose to learn Blender basics. I hope you enjoy looking at the models even if you won't ever use them. I'd like to thank whoever made the wicked 'Escher' emblem that we see in the Necromunda gang-builder. I was able to use that, after some photoshopping, to denote my first models as Escher with little patches on their shoulders. Sure the girls are not pure-Escher aesthetic, but I started making them as such because I was inspired for an Escher-theme based off of the WWII Russian female bomber-regiment known as the 'Night Witches'. My next project will be some Orlocks, but currently I have some varied Escher-esque models and a single Delaque guy. 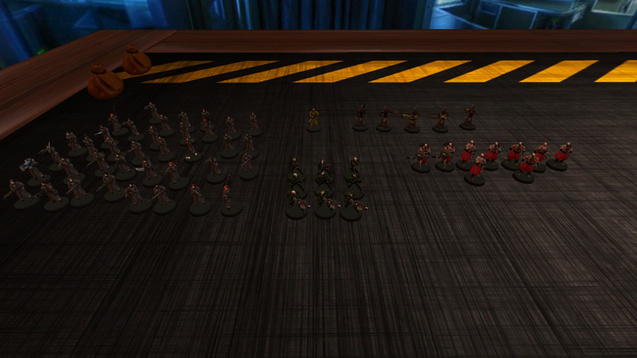 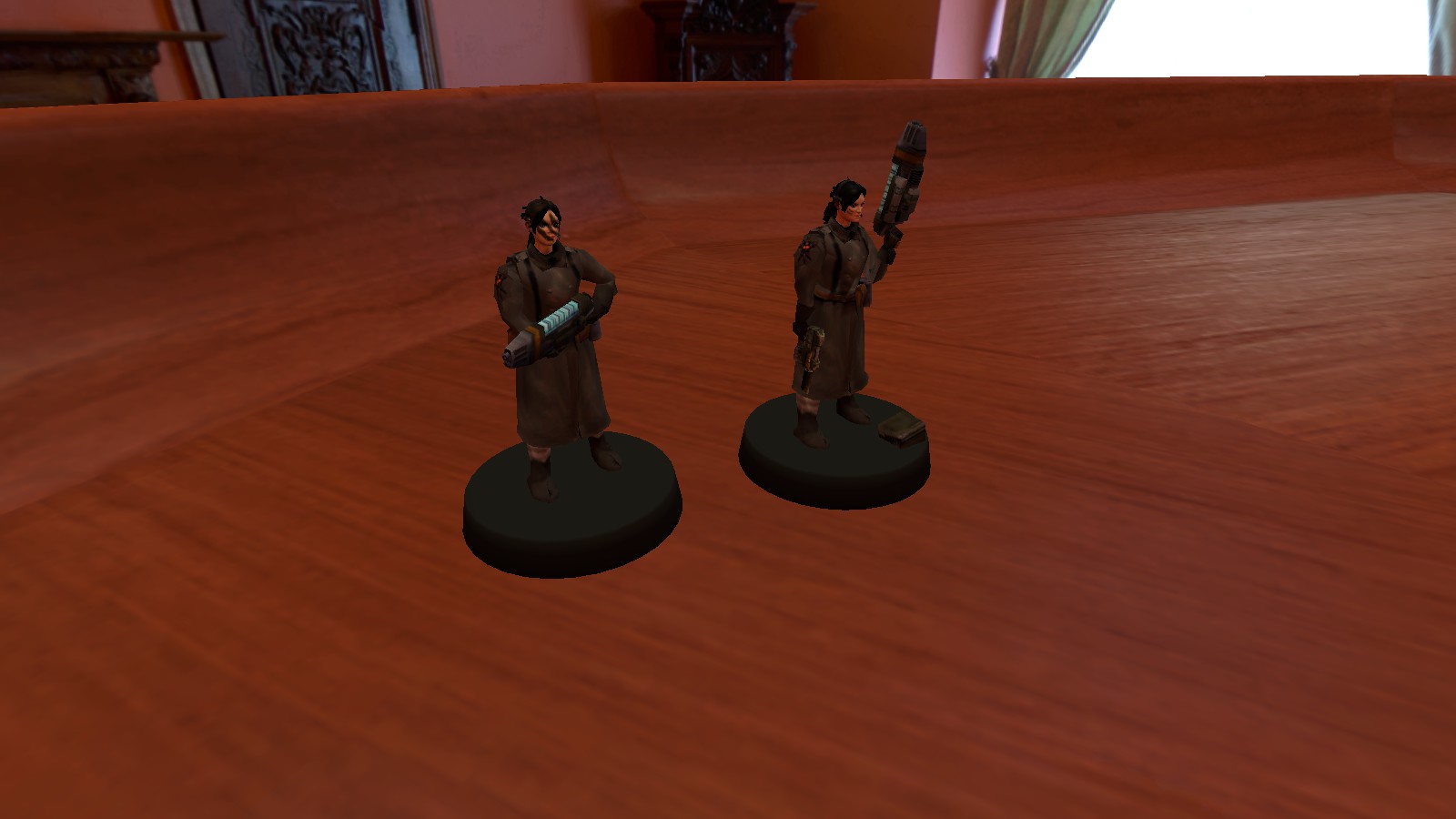 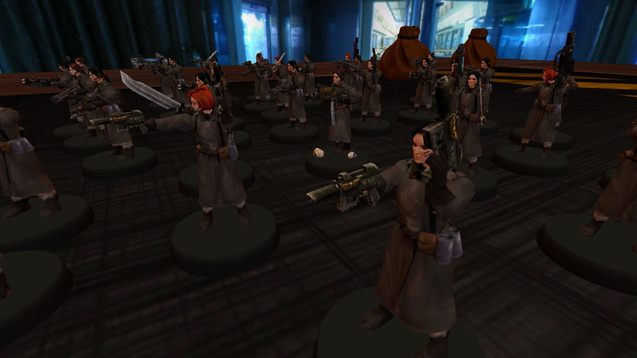 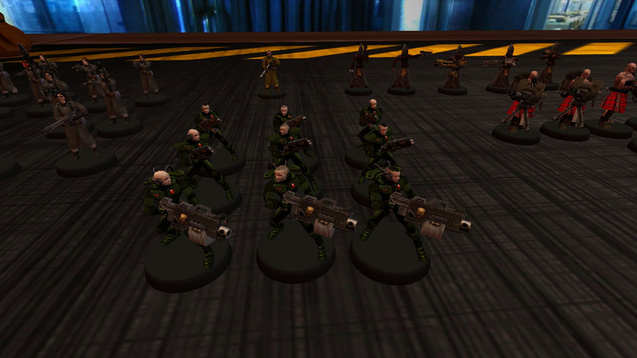 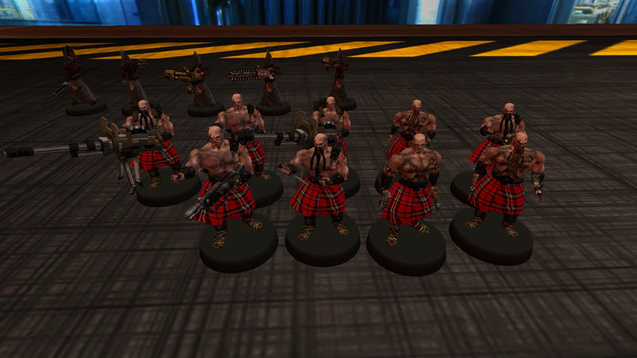 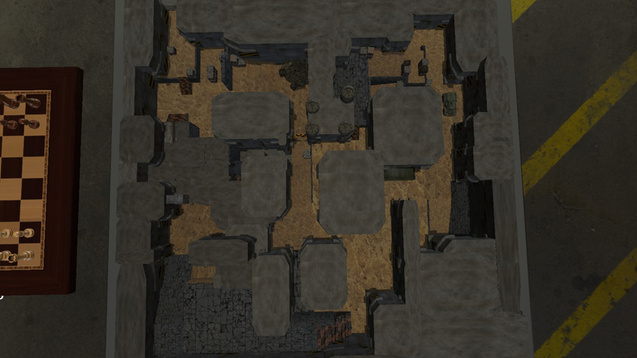 I traced the minimap image of Counter-Strike: Global Offensive's de_dust2 map to make this Necromunda Map. I plan on making the building rooftops accessible via ladder and catwalk!
Last edited: Jun 26, 2017
Reactions: Karandrassh and ClockworkOrange

Ill have to look into tabletop sim. Looks like a great way to game with friends that live far away.

Indeed, I moved and now have no one nearby to game with. As a result, I dusted off Tabletop Simulator and kick-started some Discord activity. Not as smooth as irl gaming, but scheduling is easier!

Certainly better than the Sisters of Battle models from Dawn of War packaged as Escher I saw the other day!

Have a look at:
http://steamcommunity.com/sharedfiles/filedetails/?id=954127931
I have made a way to get the gang printout and rules print out into Tabletop Simulator easily and it also makes a card for each ganger with their stats you can put near their model.

I usually just edit the tool-tip/description of each model so that I can mouse over for stats during the game, but I'll take a look! 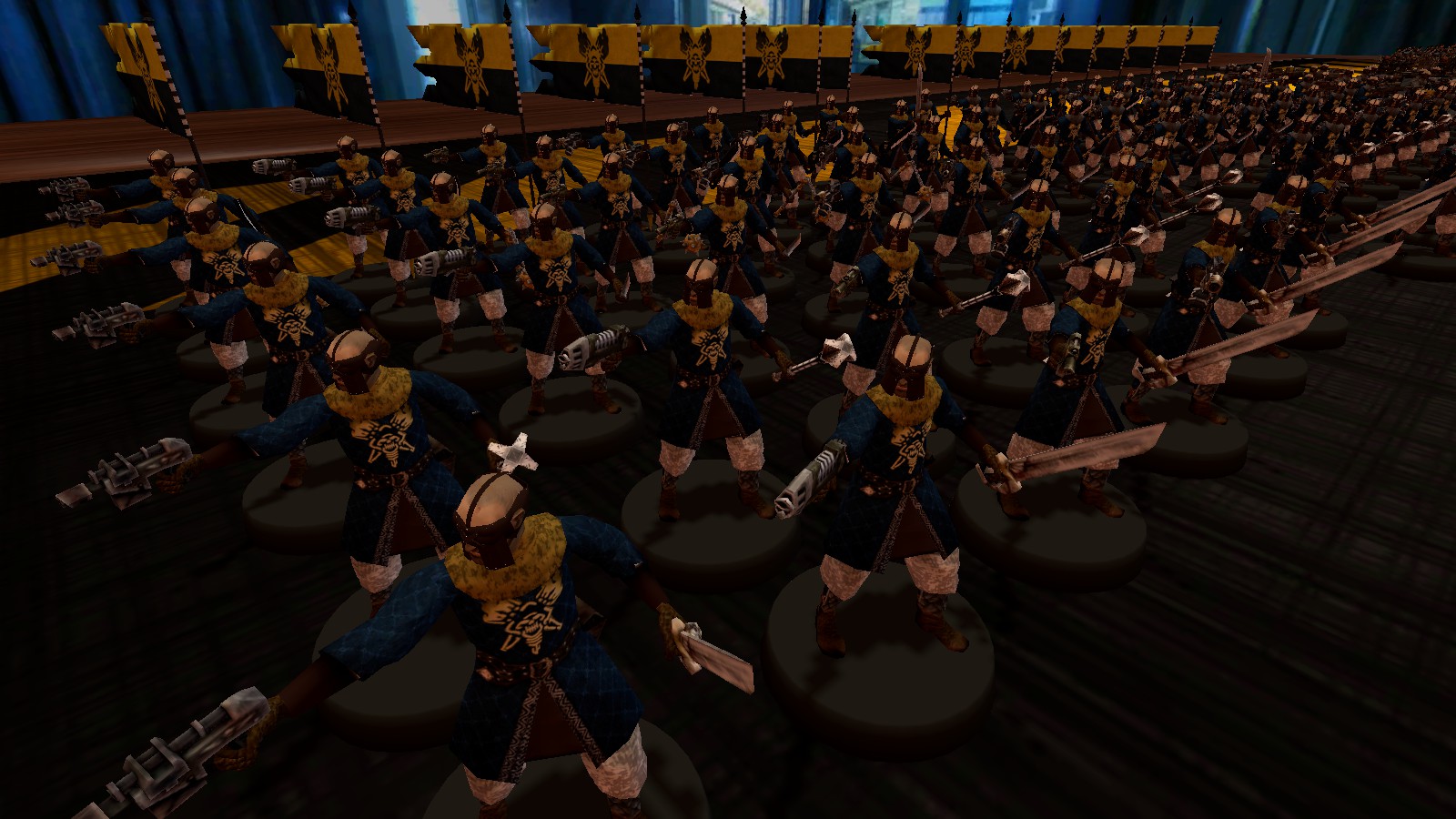 Cawdor Juves, minus chainsword/flail, are on the workshop now! Next, I'll be working on gangers. 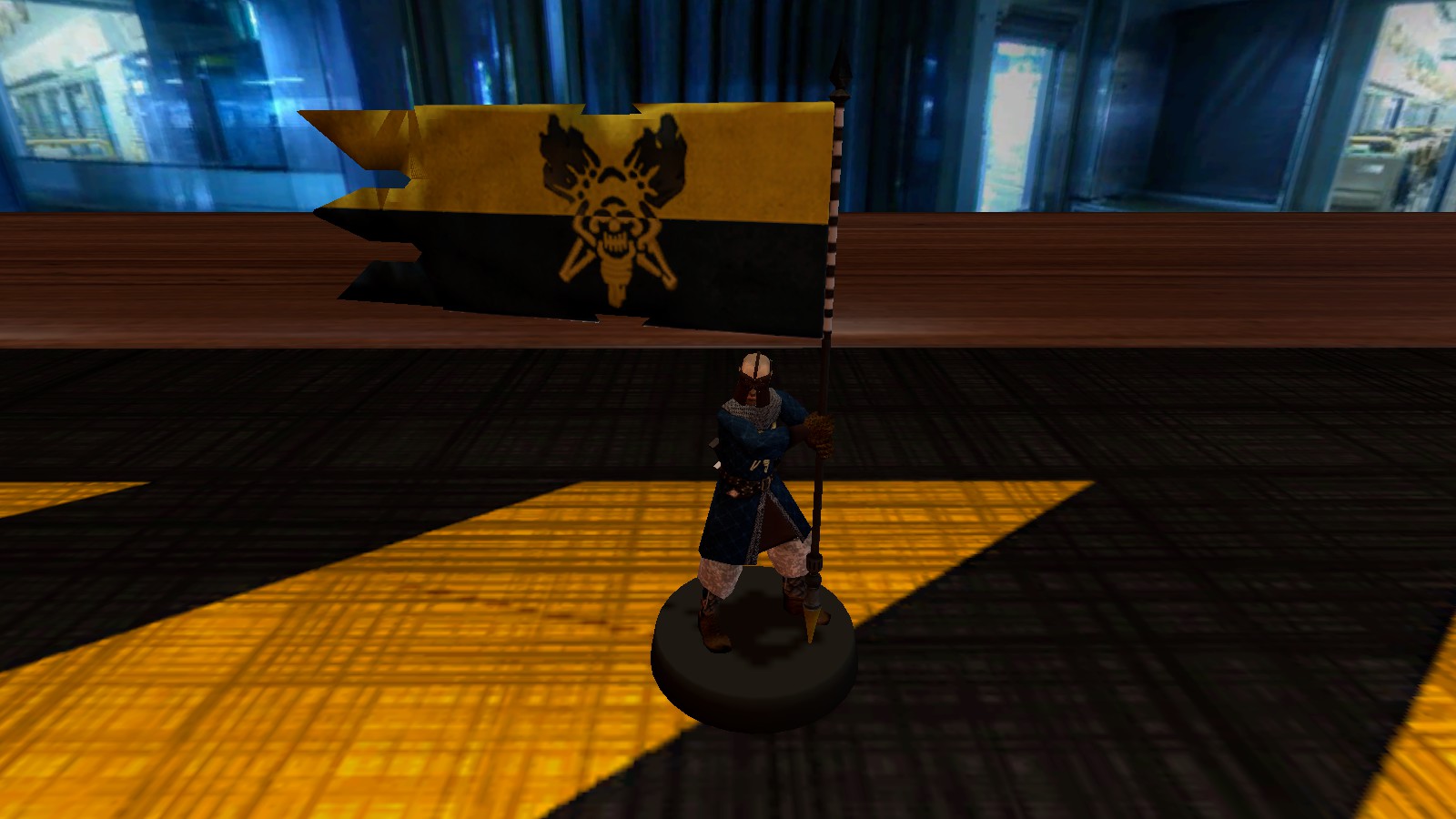 Hello! I updated my above post with better quality pictures. I had just about finished what I wanted to work on for the Cawdor a long time ago, but forgot to post it here, so here are more Cawdor! 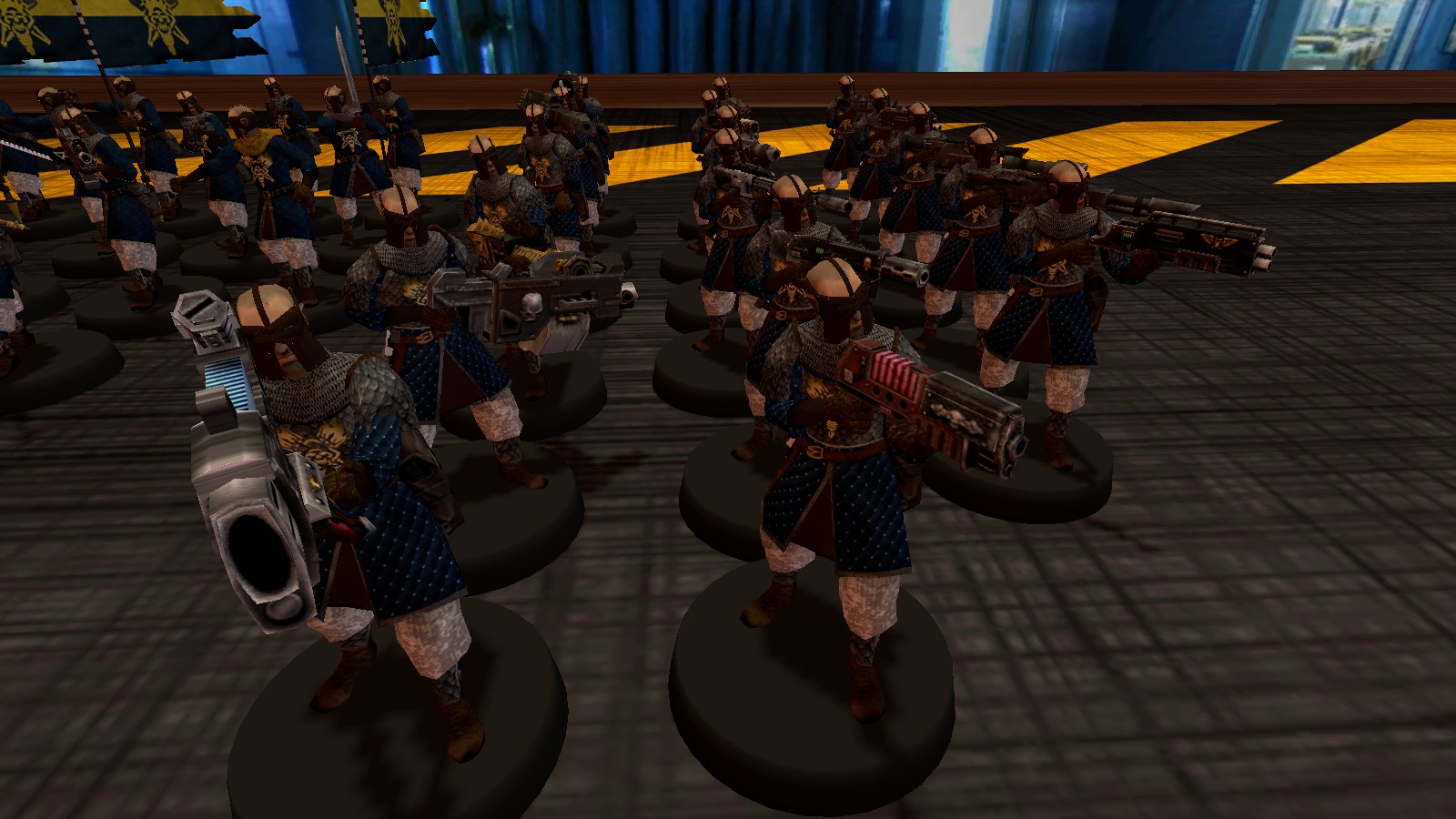 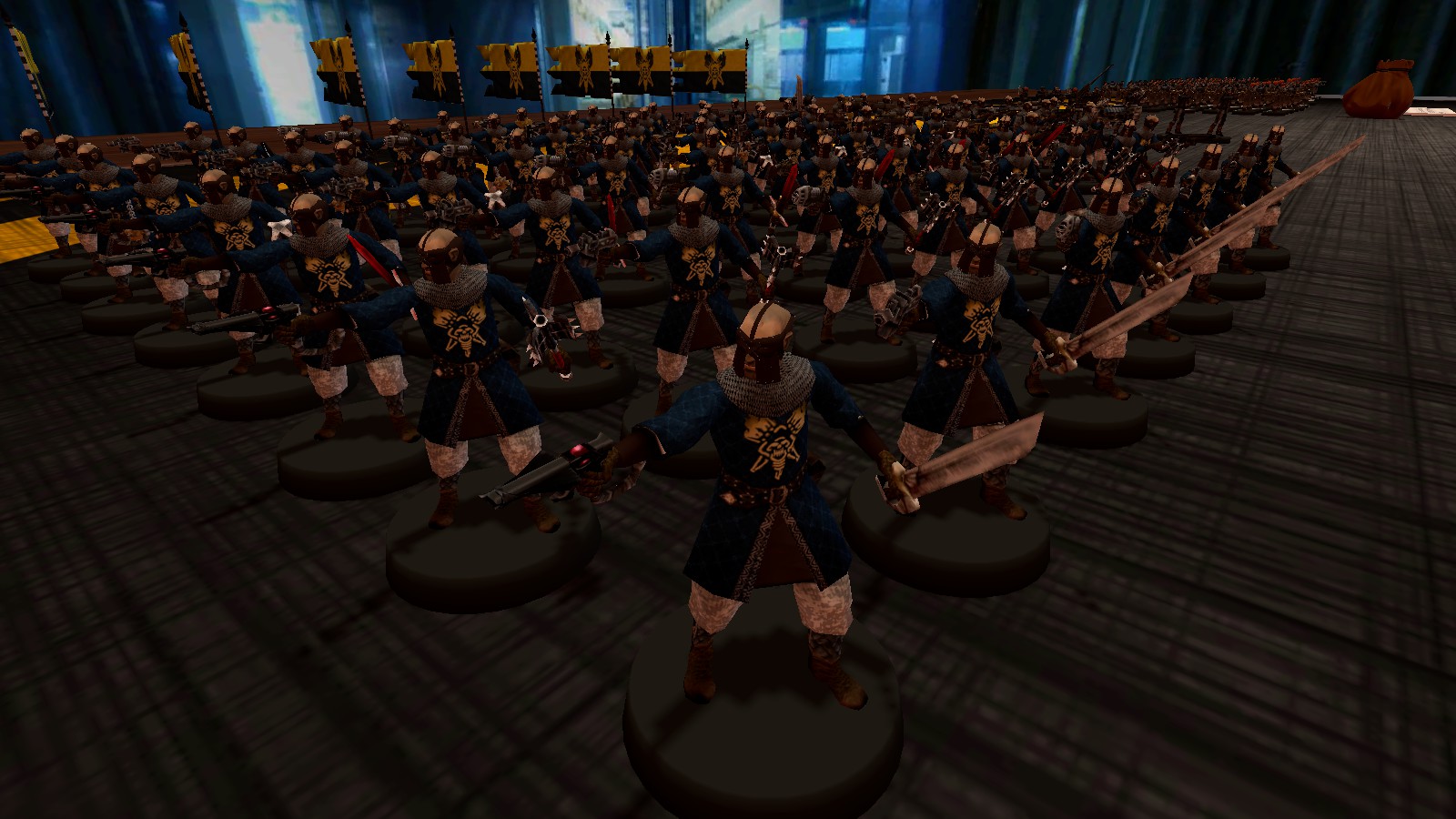 Here are some Scavvy I threw together: 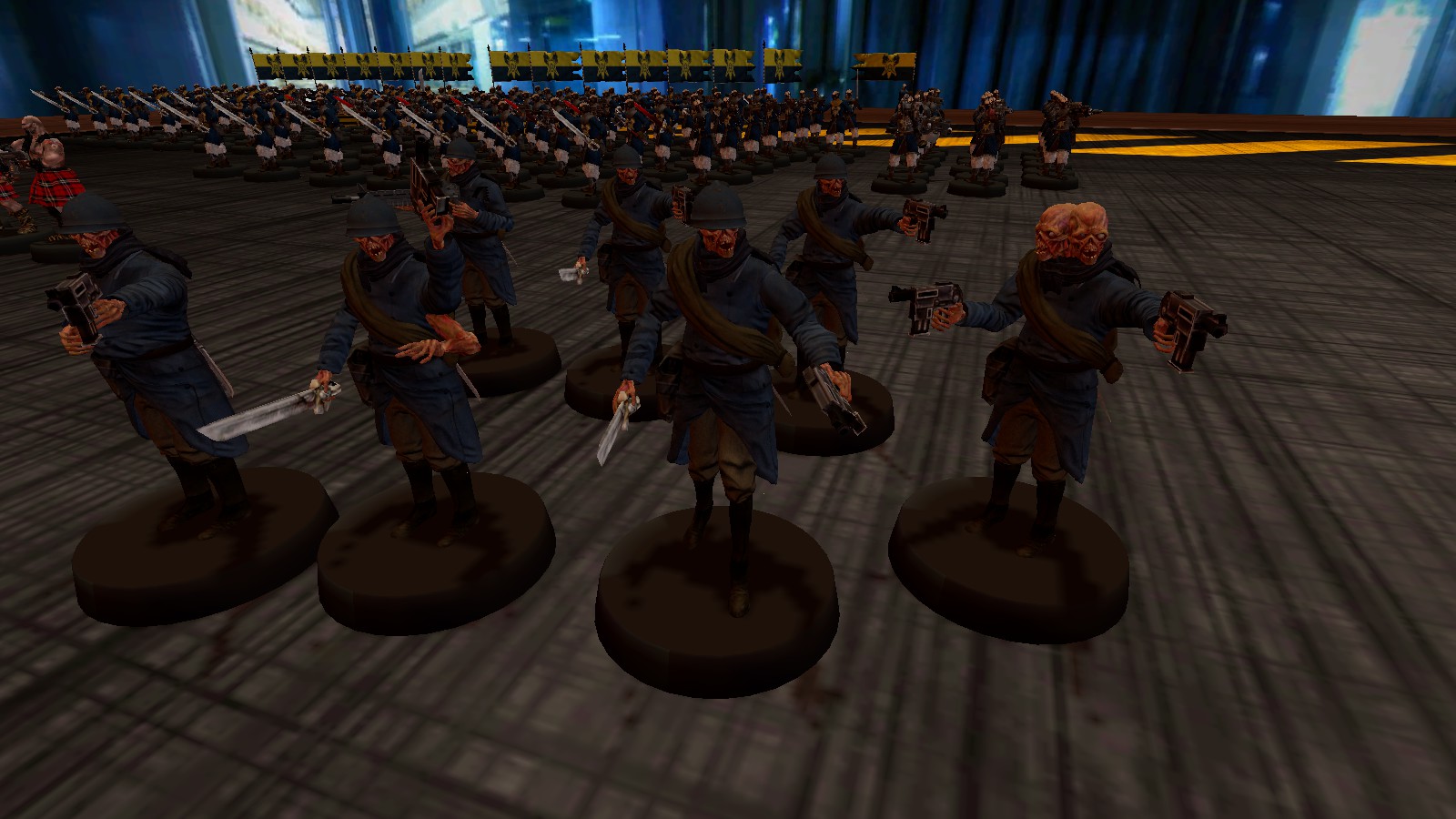 And my current Orlock progress! 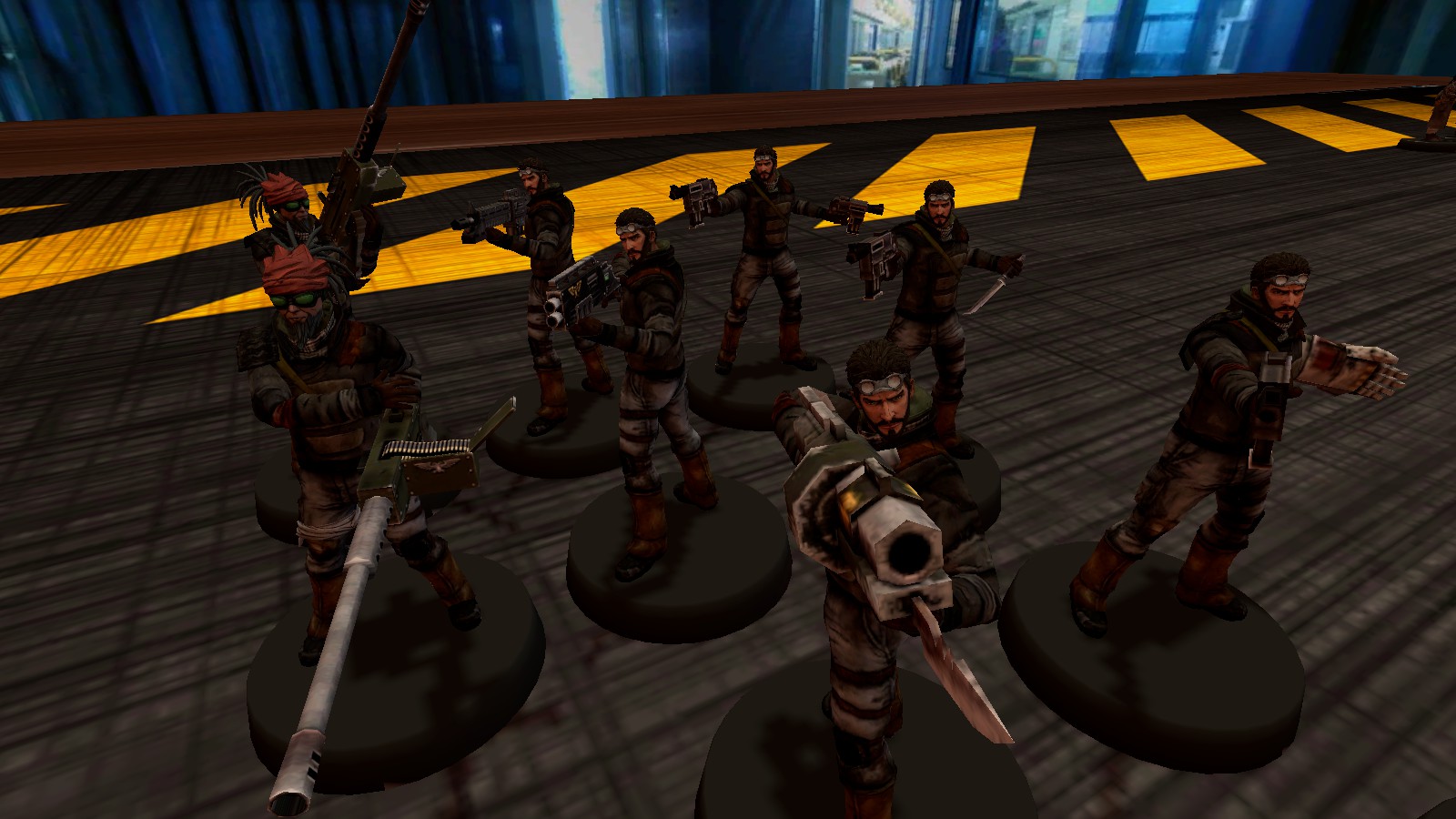 Oops! I almost forgot, I had gotten really far in my de_dust2 Necromunda map. Here is my progress so far: 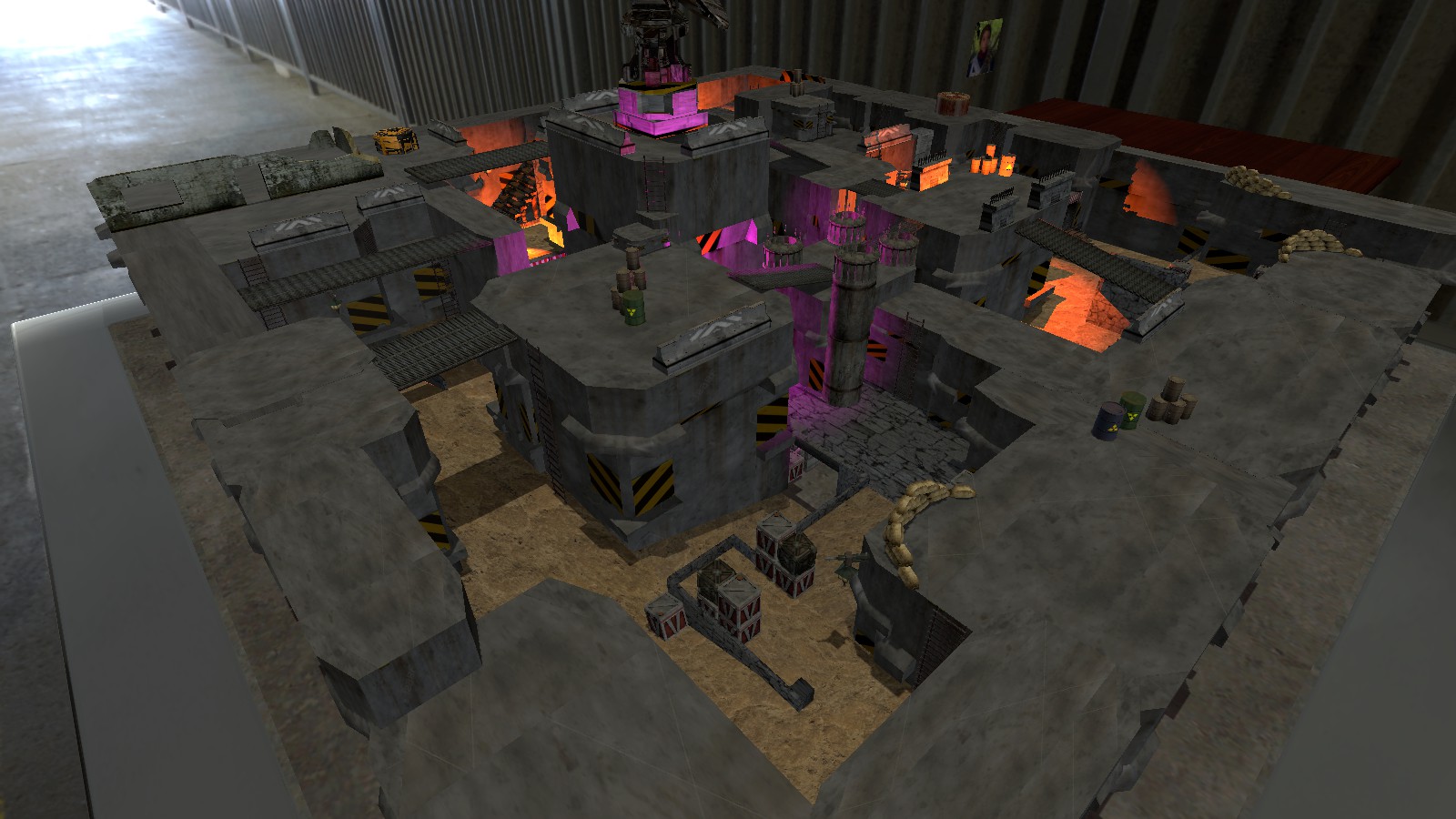 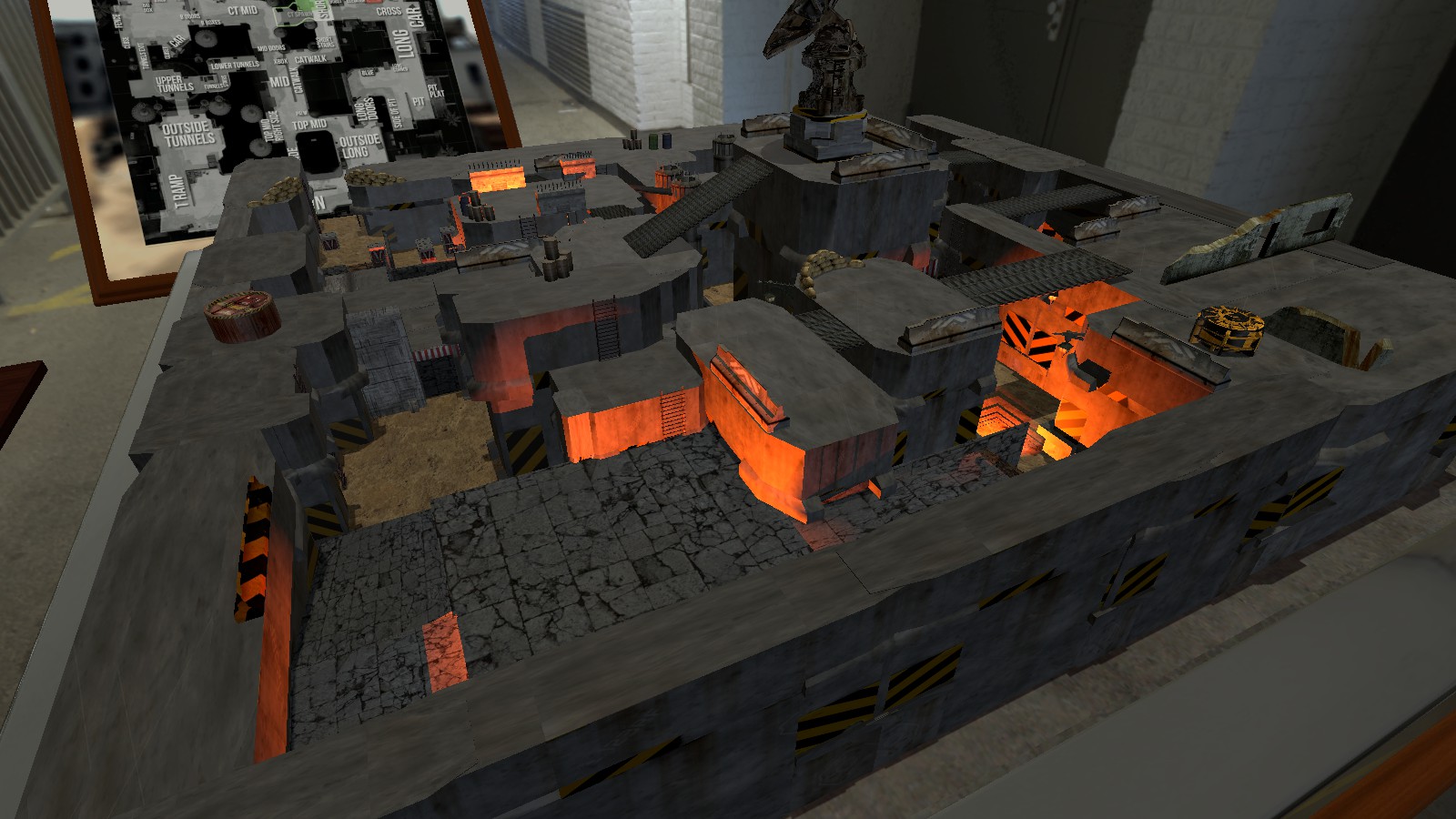 i played a lot of years in the counterstrike league. great to see de-dust2 in a necromunda-version. great work!
Reactions: Commissariat

Do you work in Blender? I had a go at that program a while back, but the amount of choice you get is overwhelming.
Reactions: Commissariat

I use Blender for all of my model conversions, it comes with Steam and is a powerful tool once you understand the basic functions that you will need for most work. (Backface culling, Vector Normalization, armatures, and the basic shortcut keys)

My process is as follows:
1) I check around on other Warhammer 40k mods, or even Warmachine/Fantasy mods, for pieces I like and I download them.
2) I check for any missing pieces that I might need on Garry's Mod or in other games, easiest for me to use Garry's Mod.
2.5) With Garry's Mod, or any other game, you need the tools to convert to Blender-compatible files. I use Crowbar/VTFedit/GMad.exe for Gmod stuff.
3) I take all those pieces and their textures and load them into Blender.
4) I cut and splice pieces together, often having to reconstruct parts that are poorly made.
5) I use GIMP 2.2 to modify colours and to photoshop emblems and doo-dads onto the textures.
6) Once I have all the pieces with all their textures in the same blender file, I use an image-packer tool (Python 3.4.1) and that splices all the textures together since TTS can only read 1 texture per object. After the images have been packed, I import the new packed file into Blender
7) I now build my models by moving parts around, linking them, and then add bones to models so I can pose them.
8) Get individual models ready to export as their obj files for importing to TTS.
9) I import each model into Tabletop Simulator and use the same texture-image url for all the models from the same pack
10) I play!

It took me about two days to learn the program and put together my first wave of Escher models that will be found in a bag within the mod. They were not packed as groups of models so each model has their own texture file which slows down the game's rendering time. (Bags don't render objects til you pull objects out of the bags or open it)

I started using Blender & GIMP 2.2 to make models from scratch; it is really hard at first and I am still an utter newb. What got me to start making models from scratch is that:
1) I wanted to have some stuff that wasn't "just kitbashes and photoshops" but also
2) I was playing in an Ash Waste Campaign and I wanted to scratch build some Crawlers since there are no models for it. I made one model's mesh and I have sketches for a Crimson Skies: High Road to Revenge style crawler (based off of the boss in the first overworld).

I am not particularly happy with my scratch stuff; I have a ways to go before I have anything good to show on here that is 100% made by me on Blender.
Reactions: Petitioner's City and Bilbostomper

Thanks for the writeup. We're getting some 3D printers at work soonish, which means I'll have to move beyond utter newb on 3D design. I had a little go at Tinkercad, took a look at Blender and ran back to Tinkercad.
Reactions: Commissariat

This looks insane. I'm in awe of your mad computer skills @Commissariat .

We'll be watching developments with interest.

Any more in the pipeline or have you actually managed to make all the gangs?
Reactions: Commissariat

I haven't been playing much Necromunda in the past couple months. I have been focusing on building up the Middle-Earth: Strategy Battle Game model collection for Tabletop Simulator while playing Battle Companies with some folks.

Off the top of my head, the weapon options for 3 gangs are represented on my workshop:
- Orlock
- Escher (Custom take on it)
- Cawdor

Some other folks that I had been playing Necromunda with have their own little hackjobs too. If you look up Taikkuus' workshop collection that gathers up all the Necromunda mods into one subscribe-button, you will find Delaque and Genestealer Cult.
Reactions: oddball300 and Stubram
Show hidden low quality content
You must log in or register to reply here.

NCE How we are trying Alternate Activation in NCE: