This is a log thread for a Campaign in the Sumphulk setting. It will Involve 5 gangs and an arbitraion gang playing a Dominion game with the unknown territory varient and be using the New-cromunda ruleset. It will also have a Venator Co-op RPG running along side the games.
Last edited: Nov 20, 2020
Reactions: Biggle_Bear and Spiraling Cadaver

One question, before I get that Christmassy feeling: will there be bat-reps?
Reactions: Spiraling Cadaver, hottyhothot and Draconic

You bet you ass there will be!! I have one player whos even making up sneaky voice recordings to share hopefully

Sadly i cannot share the plot ahead of time this time as this will have to unfold through the fiction, but ill endeaver to share it all.
Reactions: Space Truckin, Biggle_Bear, Spiraling Cadaver and 1 other person

A video to introduce the Sumphulk setting


A video to start off the shennanigans... i was told it had to start with a barfight scenario...

MedMos said:
One question, before I get that Christmassy feeling: will there be bat-reps?
Click to expand...

The gangs were able to choose from 2 options.

Option 1. You have stayed in whatever limited contact with your house or a house representative outside the Sumphulk walls.. (can be creative here.. via whatever means.. vox, rat delivery messages, passing code, tapping on pipes ) you’re a true (insert house name) until you die! You are carrying on the traditions of the house in the sump hulk.. you make a living here... Your first generation had a mission here that’s been almost long forgotten now. You still cling to hope that maybe one day your house will come rescue you from the hulk.. maybe one day.

Option 2. f**k your house, you do what you want now. They abandoned you anyway right? You may carry on some of your traditions but you report to no superior. You are the superior! You have accepted life in the dome, and are carving out your own traditions and you got no idea why your stupid ass ancestors got stuck down here.

What they know about your gangs possible origins in the dome:

Cawdor: Stories have been passed down from your gang elders about the great cleansing crusade to return the stolen tributes. There was a also some talk of a splinter faction of brothers that worshipped a false prophet who preached about the "Pale Emperor" waaaaaay back in the domes early days.

Delaque: The whispers from the house are that the founding gang were on a mission to defend the House's stranglehold on the rulers of the planet. Knowledge is power and their whole network was under threat. It was a mission of utmost importance and that they had succeeded.

Van Saar: Its been passed down that your brothers in arms had 2 missions. The first was in search for a particular specimen that was imperative to the future of all van saar. The outcome of this was unknown. The second missions data log has been long lost but a lone surviving preserved image shows the original team celebrating a victory.

Escher and Goliath: You have no idea.. at some point your gang splintered and cut ties from the house. You don't lose sleep over it and both have carved empires of trade and a fearsome reputation in the Sumphulk. You hate each other and couldn't stand the thought of each other gaining more power or influence over the Hulk.
Reactions: Mr. M, Biggle_Bear, Spiraling Cadaver and 1 other person 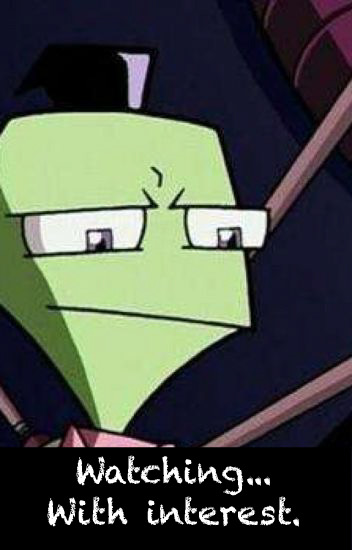 I love the setting and those introductions. A sense of desperation, abandonment, struggle, pride. Just awesome.
Reactions: Space Truckin, Draconic, Spiraling Cadaver and 1 other person

The map board is made and some intrigue is starting. 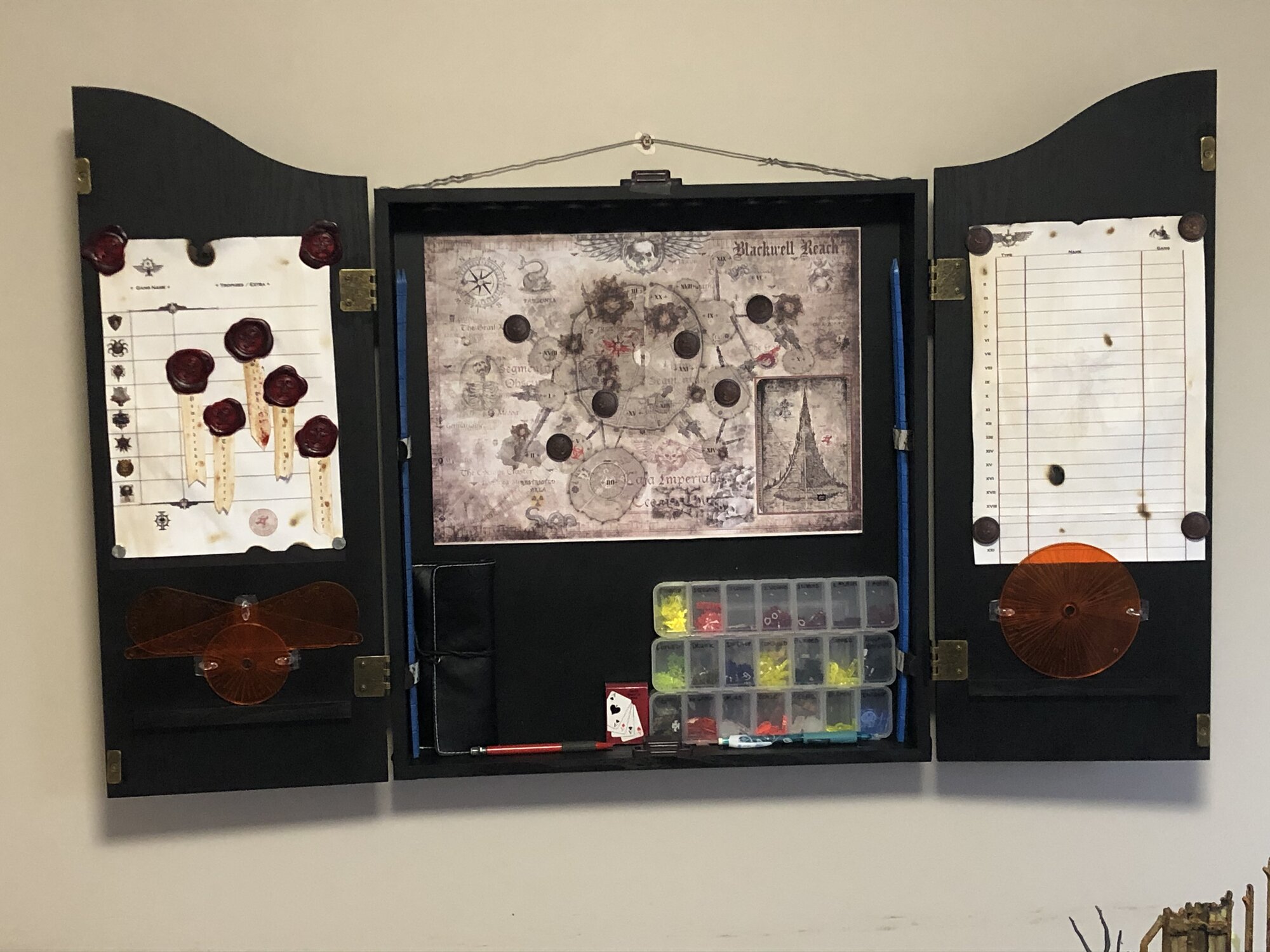 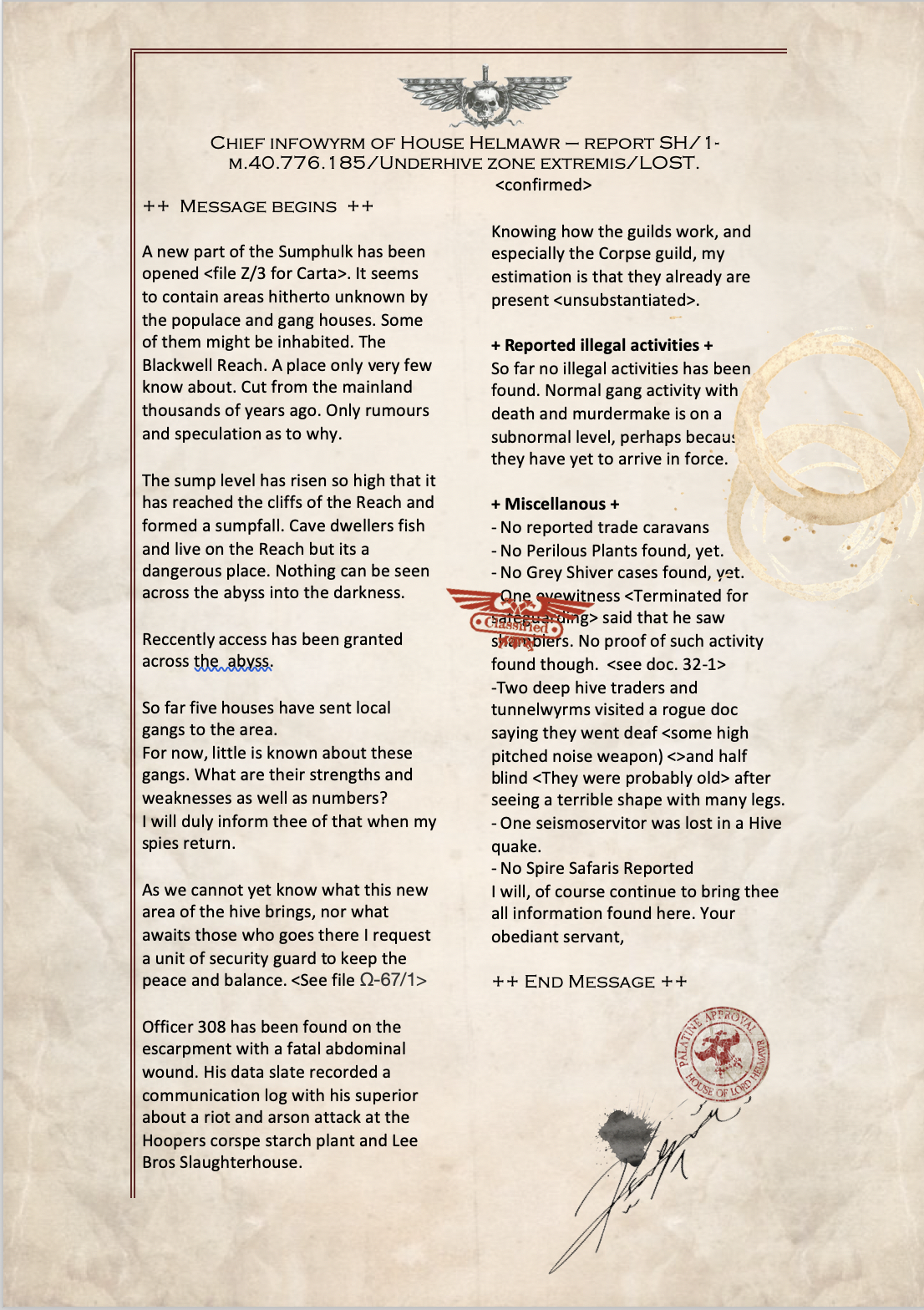 So we appear to need to add graphic design to the list of skills possessed by @Draconic that we are all very jealous of.
Reactions: Draconic, Mr. M and MedMos

Troubled Child said:
So we appear to need to add graphic design to the list of skills possessed by @Draconic that we are all very jealous of.
Click to expand...

lol.. i cheated guys. I asked Alexander Lunde very kindly for his map.. He pointed me to his blog where i could download it for free. He also sent me the above dossier as a template and some other forms... so... yeah not me!!! 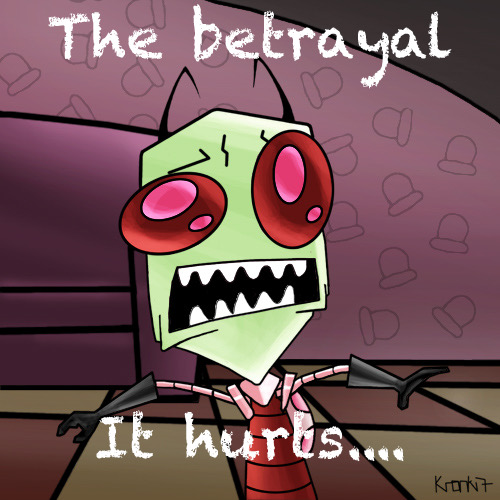 I'll take resourceful and darn tenacious though. I own a mac and get enough shit about that already! I do think my imovie skills are pretty banging though for someone following youtube tutorials . However i do have a good friendly goliath who's stat bumped his intelligence and is a graphic designer @hottyhothot .. and he helped me turn my boards into gaming maps/mats. If you want them just flic me a message for the link http://instagr.am/p/CH7eCq_H4y1/

There is no cheating in hobby. Only efficiency. Whoever told you your hobby had to be difficult was wrong.
Reactions: Draconic

Draconic said:
I own a mac and get enough shit about that already!
Click to expand...