Darkness spreads once more from Sylvania

I thought it was time to bring a little more balance to this section, what with all the Empire armies amassing... So here will assemble the forces of Casimir von Stasiak!
Darkness is a double edged sword, as most of my pictures will tell... My setup apparently does not work well for larger groups of miniatures, and also MrsMos took my lamp. But I will perservere (and maybe work on a better photo booth...).

Here is what I have so far, some of which has been shown on the 'tribe in other circumstances. I'm also posting all of this on Carpe Noctem.

My general, Vampire Lord Casimir von Stasiak, and one of his Necromancers. 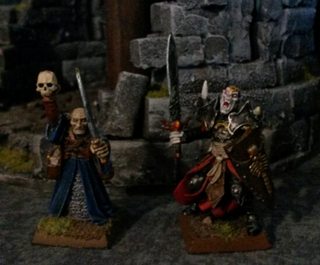 A couple of more retro Vampires, one on Abyssal Terror. 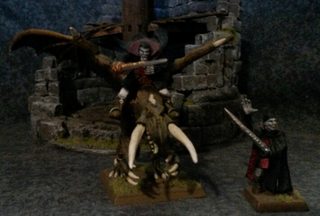 A (minor) horde of Zombies.

A smattering of Ghouls, which I used as skirmishers in 6th but never used once they became a ranked unit. 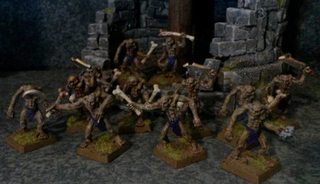 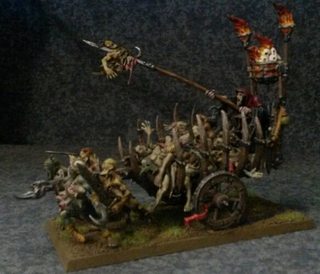 And last but not least, my Varghulf. 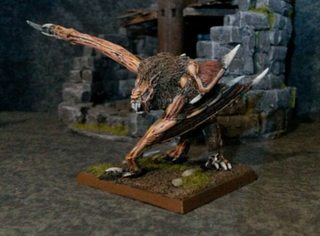 The rest of the army is either not painted or in need of de-molding, as discussed in another thread. I have begun, and some Wraiths, Banshees and Spirit Hosts are almost ready to join the 'finished' pile. Until then!

Thanks, @Tiny! I finally got around to treating the mold on some of my fantasy models, and the two Banshees were the first to get the treatment. Now, in the mold thread I said I kinda liked the effect of the mold on the base of the Spirit Host, so I actually tried to recreate it on some ethereals here, hope you like it!

Here are 5 Wraiths and 2 Banshees joining the ranks.

The classic Wraith stands out a little, but I can just use him as the character version, while the others can be the rare unit. Fairly happy with how they turned out, I changed them up a little from their old paintjob. Basically I tried to make them more white towards the bottom, and then glued a little bit of cotton around their feet for effect. I want to try and create the same effect on my Black Knights skeletal steeds, so it was a bit of a test.
Reactions: trollmeat, Luke82, CaptainDangerous and 3 others

I was able to finish the Spirit Host as well tonight.

I won't be able to keep this pace, as I'm mostly picking the low-hanging fruit at the moment. But it feels good to finish some stuff, most of what's been languishing since the End Times!
Reactions: trollmeat, spafe, CaptainDangerous and 7 others

These are great, really dark and grim. I pity the poor mortals who face these dudes across the battlefield.
Reactions: MedMos

Thanks, @Luke82! I guess my focus on Necromunda over recent years, has made my painting lean towards the grim and dark.

I've got some Fell Bats coming up, plus another Necromancer. After that it might be time to finish up the 20 Grave Guard, which will slow the pace considerably. Both because they are not as far along and because I kinda wanted to do a unitfiller or two, to up the unit size a bit without having to buy more guys...
Reactions: trollmeat and Luke82

Another quick update, as these were treated against mold and dried overnight. Some old(ish) characters and some converted Fell Bats. I don't like the paintjob on these (except maybe for the Necromancer and the one bat), but I'm not going to repaint them. Part of the journey and all that. 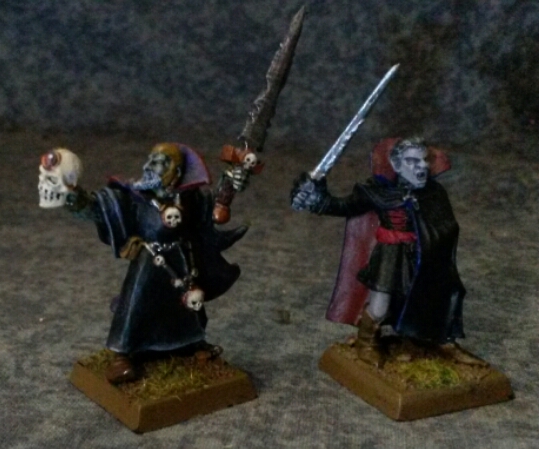 I did buy a box of plastic GW Ghouls, because I wanted to convert a bunch of Fell Bats from them. I've since used most of those Ghouls to kitbash a scavvy gang, and not regretting it in the slightest. However, if I can find a few leftover bodies I just might turn them into Fell Bats, just to have a few more for the unit. Or they might become scavvies. Time will tell.
Reactions: CaptainDangerous, trollmeat, BearsWillEatYou and 2 others
W

Love this stuff looking real good. Where is this mold thread? What happened? haha
Reactions: trollmeat and MedMos

Thanks, @Willnox! Glad you like it. My forced foray into mold killing began here. More fantasy stuff is coming up, it is just taking a bit longer now I've cleared most of the mostly painted things.
Reactions: trollmeat and Willnox
W

Oh my wow I've never seen anything like that on models before. Glad you were able to fix it!!!
Reactions: trollmeat and MedMos

Me too! I was a little distressed for a while, but the 'tribe had my back.
Reactions: trollmeat and Willnox 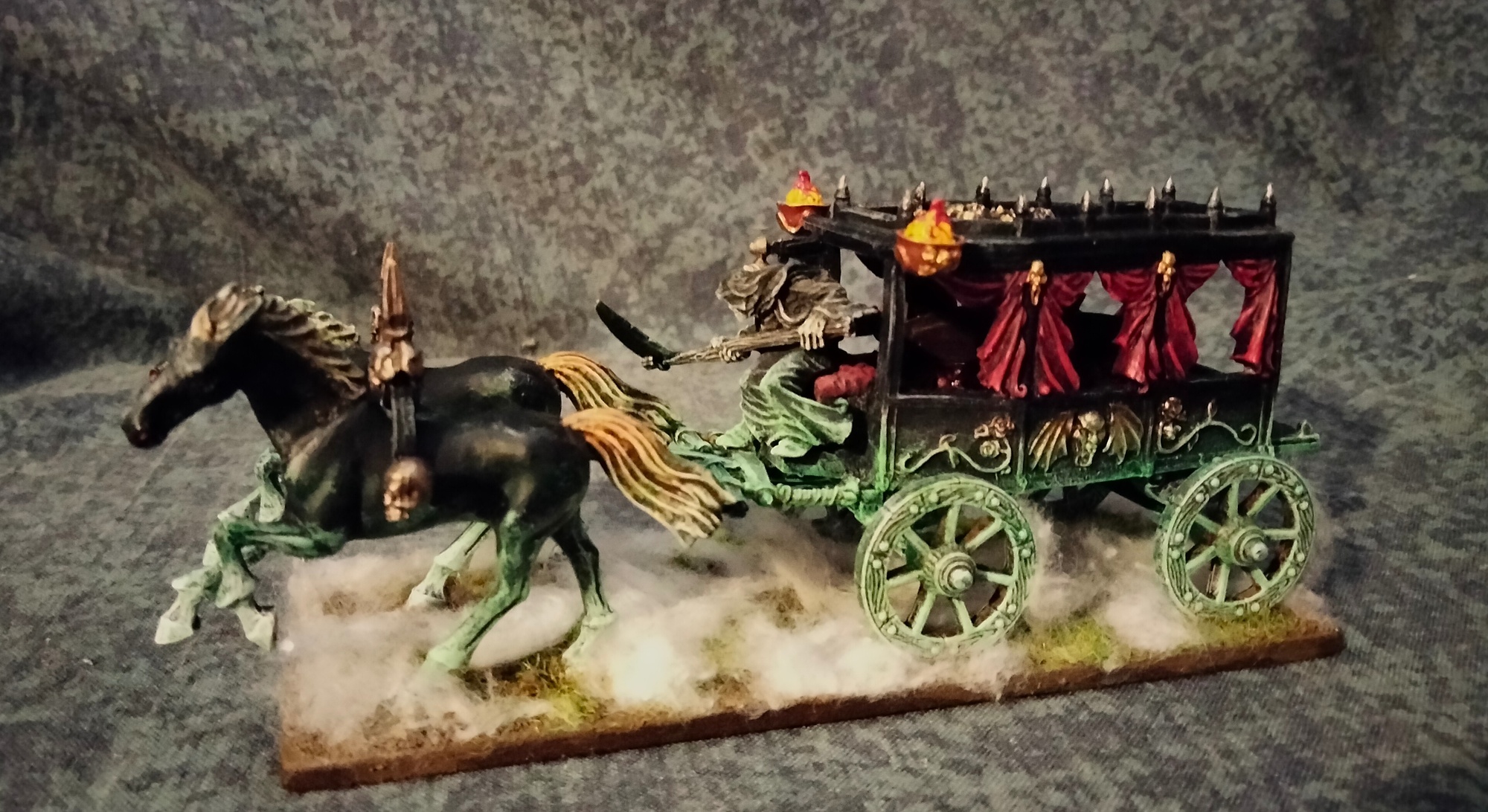 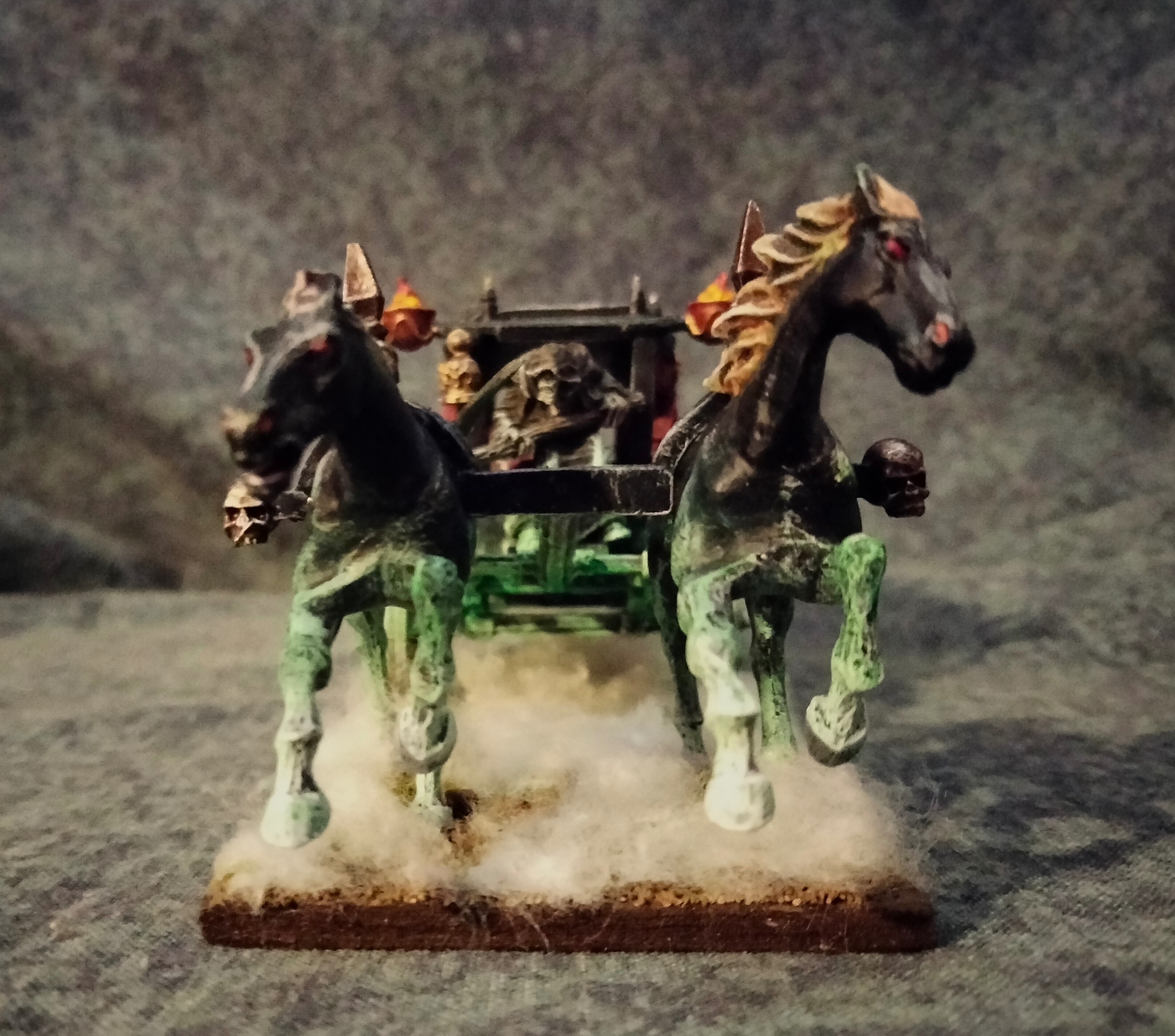 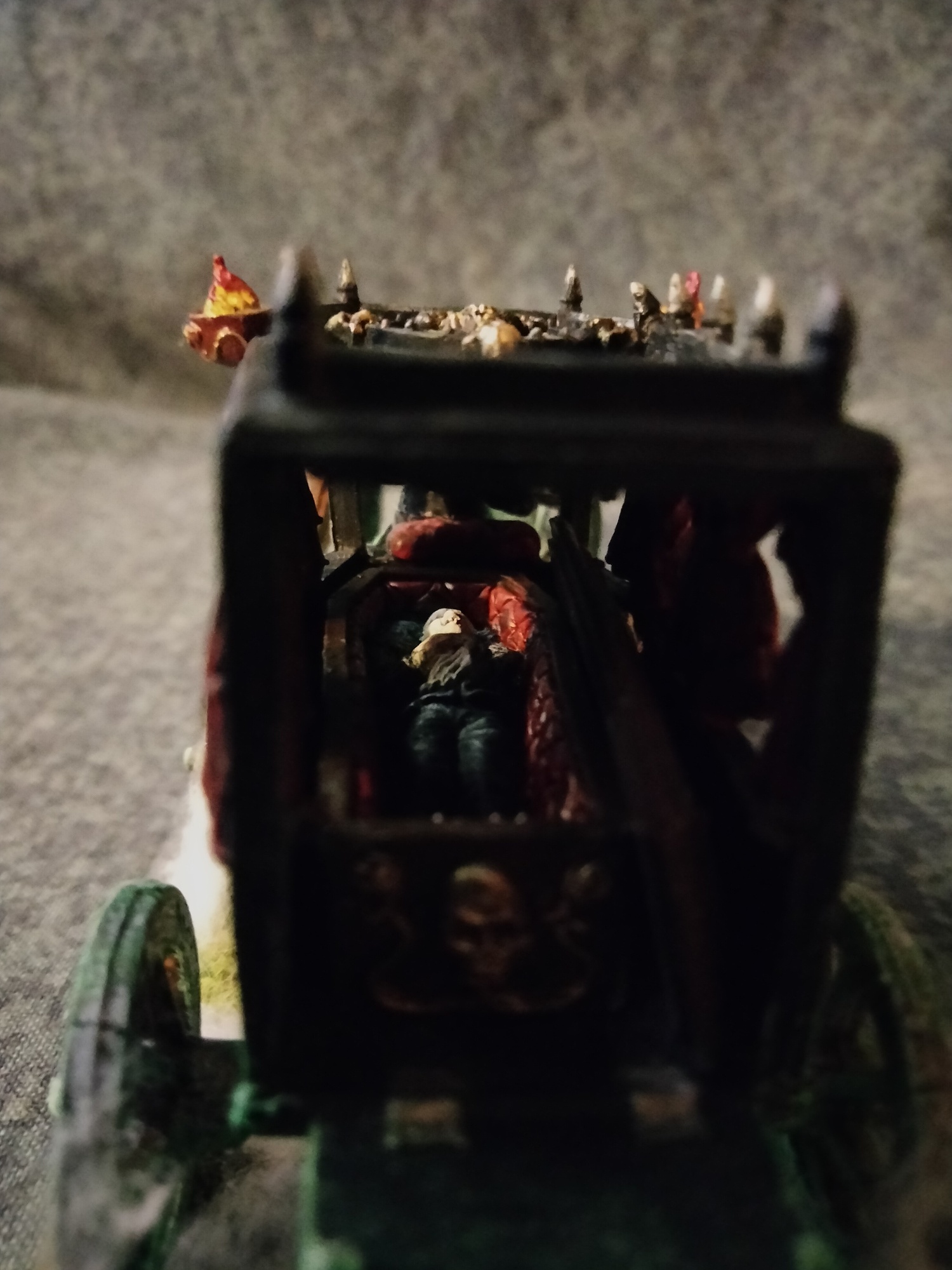 I did the same ethereal effect here, as I also want it on my Black Knights' steeds, and they ride the same type of horses. I think it fits, conveying a more sinister, ancient evil as opposed to the relentless undead of the core choices. I hope you like it, this Black Coach has been partially assembled and painted since I bought it during whfb 6th ed.

Edit: Embedded the images, to get rid of the imgur border.
Last edited: Sep 17, 2021
Reactions: CaptainDangerous, Willnox, trollmeat and 6 others
Show hidden low quality content
You must log in or register to reply here.

C
What I leaned from Mordheim version 1

Vampire Wars: The Empire vs The Undead