You have to be a bit of a Pratchett fan to "get" the title of this thread...

For a while now, since playing Skyrim for the last 11yrs and watching Game of Thrones, I have wanted to buy a Skyrim/GoT looking "dragon" miniature. Your chosen deity knows why, it'll probably take me months to paint and I'd have to find a space for it somewhere...

But to me it seems there are a number of problems with obtaining such a "dragon".

1. Skyrim and GoT's "dragons" are in fact wyverns - 2 back legs, wings.
2. Most dragon models are not wyverns, they're dragons, i.e. 4 legs and wings. There seem to be very few wyvern models around.
3. Any wyvern models around are a bit on the expensive side - Andrea Miniatures do one (for their Joan of Arc game iirc), it's huge, which leads to another point below, and it comes with an equally huge price tag.
4. There's a proportion discrepancy in most dragon miniatures that I can't get over, well two actually, the wings are often not large enough to look realistic, and even if the model is huge, the head's never look big enough when compared to a figure of the same scale as the dragon. I was watching GoT again the other night and there's a scene in one of the first season's episodes where Arya Stark ends up hiding behind a dragon's skull, and it's massive in comparison to Maisie Williams, who at the time was 13, and probably 4' 12", and also a couple of other average height adult male actors in the scene.

I've seen a couple of 3d print dragon/wyvern miniatures, but again, they fall foul of the above.

Anyone here know of a Skyrim/GoT style wyvern miniature, in 28mm heroic scale (i.e. GW scale) that doesn't have the problems I described above (i.e. unrealistically proportioned head and wings and massively expensive)?

Thanks in advance for any ideas on this.
Last edited: Feb 10, 2022
Reactions: trollmeat

Well, I learned a thing, I thought Dragon and Wyvern were interchangeable. I didn't realise there was a leg/wing distinction.

With regards to the question, there is a bit of an odd out-of-the-box suggestion - Schleich, the toy maker, do some excellent dragons/wyverns. They're toys, but they're detailed (you could add more detail) and they are easily stripped and repainted. For example: 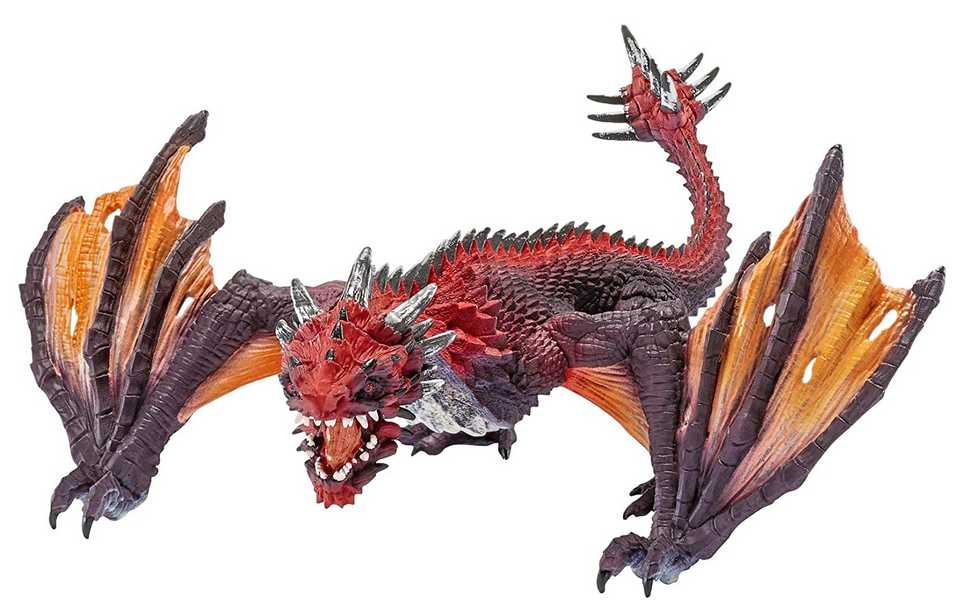 We used Schleich toys as our D&D monsters for years!

With regards to scale... well... they're dragons. They can be huge or teeny. So it's a matter of taste.
Reactions: trollmeat and Raven Morpheus

Honestly, nowadays the Schleich Paintjobs are surpsinglich (!) good in themselves.

Sure not Golden Demon, but better than some things you see on proper Minis on tournaments, sometimes.

Stoof said:
Well, I learned a thing, I thought Dragon and Wyvern were interchangeable. I didn't realise there was a leg/wing distinction.
Click to expand...

Yeah technically they're both wyrms. You can open that can if you wish.
Last edited: Feb 11, 2022
Reactions: trollmeat and Stoof

My understanding is that wyverns have two legs and are simply vicious animals. Hence are used by orcs. Dragons are 4 legged and are intelligent. You can talk and reason with them, and all that good stuff. Riding them is by negotiation and mutual agreement, not training them from birth.
Reactions: trollmeat

In shadowrun there's a novel named "Never deal with a dragon."
In the sense of "don't get involved with them."
Prudent advice, probably.
Reactions: trollmeat

“Do not meddle in the affairs of dragons, for thou art crunchy and good with ketchup.”
Reactions: trollmeat and NoOneII.

@Raven Morpheus
I just remembered your request when seeing this:

Lord of the Print is creating Miniatures for Tabletop games | Patreon

Become a patron of Lord of the Print today: Get access to exclusive content and experiences on the world’s largest membership platform for artists and creators. 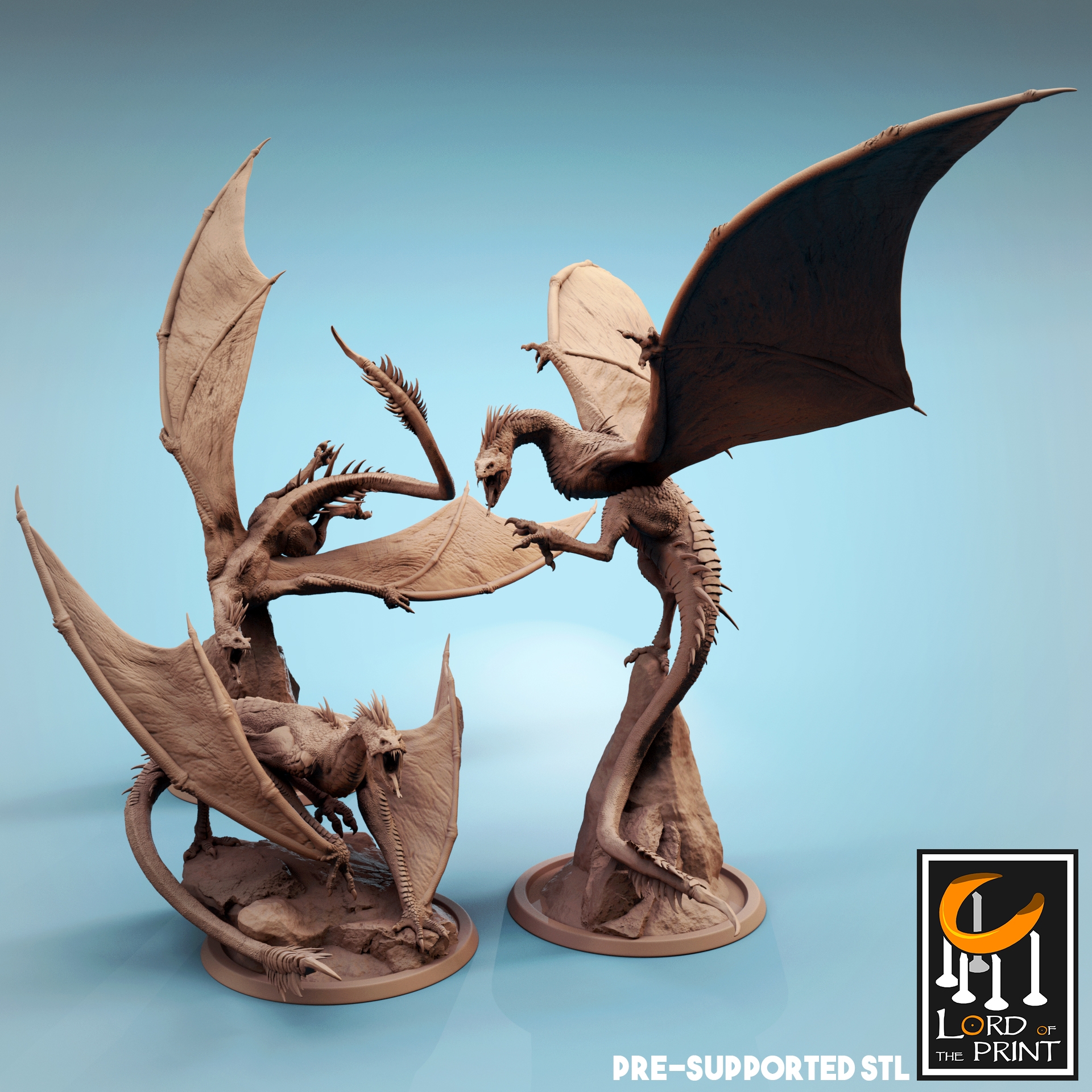 Nolzur do a wyvern
Reactions: Raven Morpheus
Show hidden low quality content
You must log in or register to reply here.

A Series of Incomplete Projects, by JD

B
Rats in Space