I'm not pledging anything this month, that never goes well. But I already managed to finish this guy, the rack of bottles and flasks on his back took another 2 evenings to finish, wanted him done for April originally. 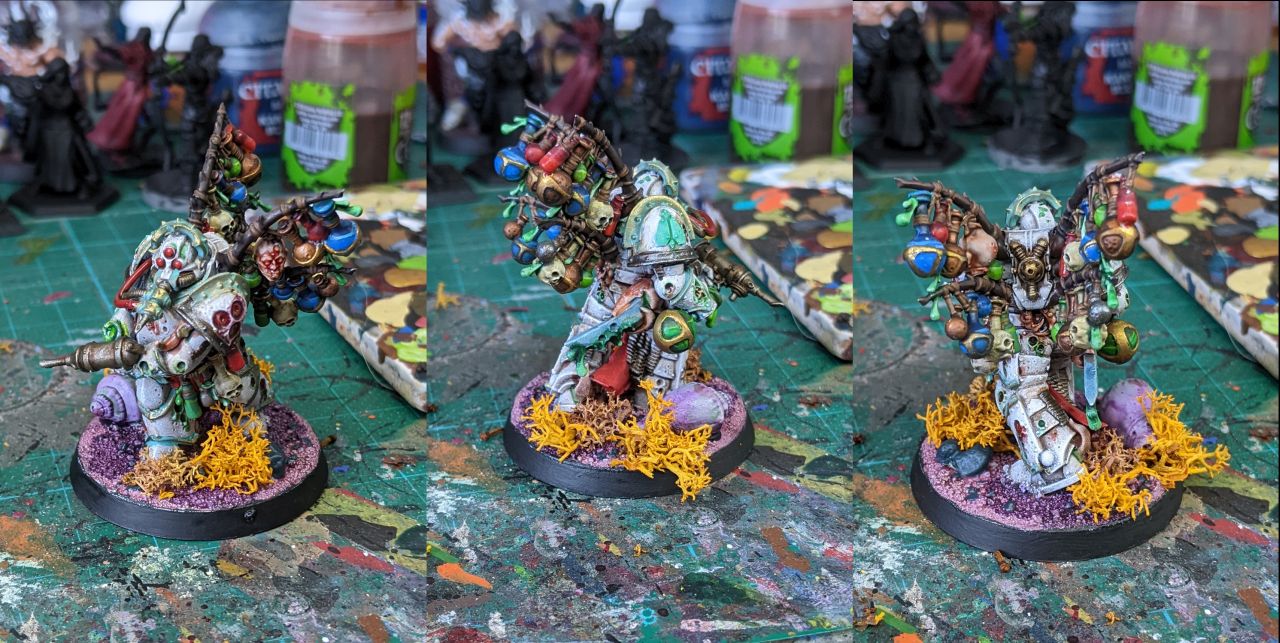 That's the benefit of not quite finishing stuff by one deadline...
Reactions: trollmeat and SuboptimusPrime

Ben_S said:
That's the benefit of not quite finishing stuff by one deadline...
Click to expand...

A new month a new project. A friend commissioned the box set of samarai battles. 122 miniatures. I think even with speed painting techniques this may take awhile
Reactions: SuboptimusPrime and trollmeat 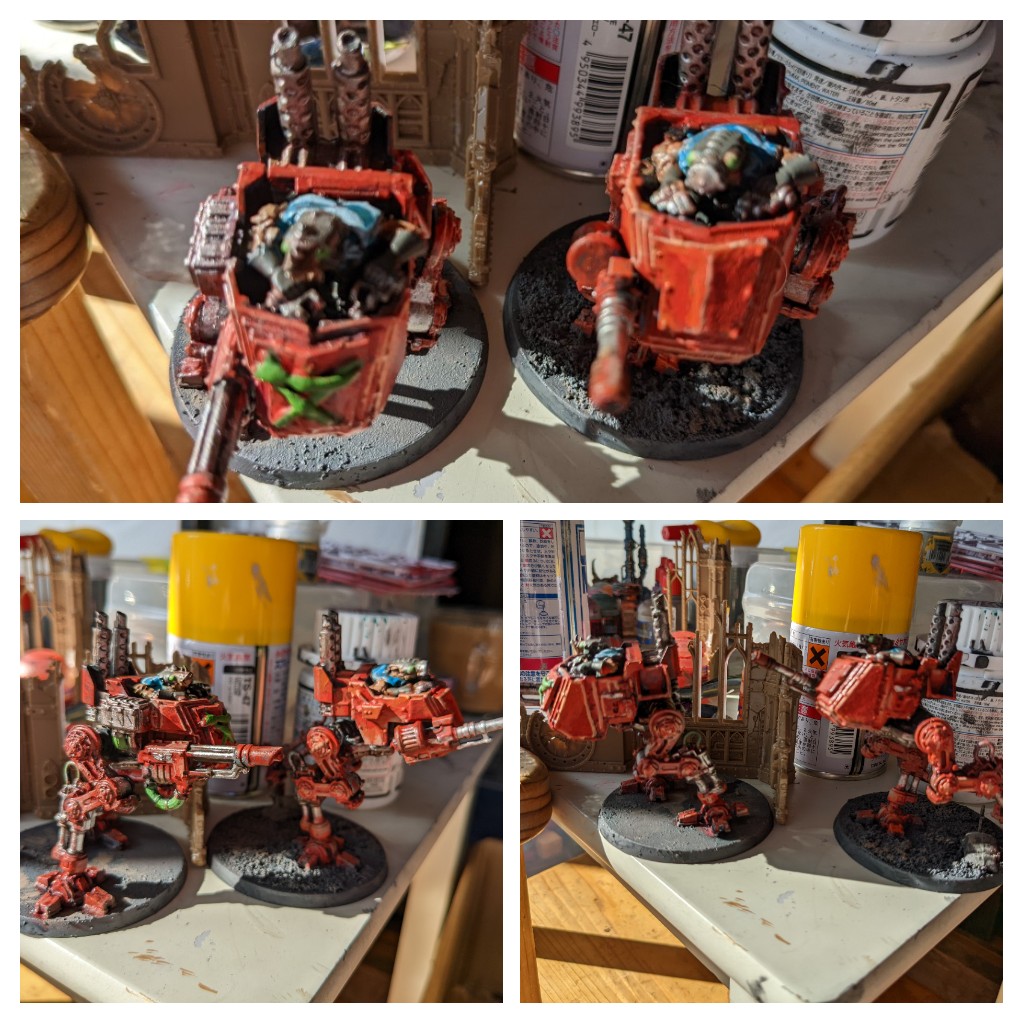 My son and I worked on this one this week. He loves this model and really wanted to make it look like the box art 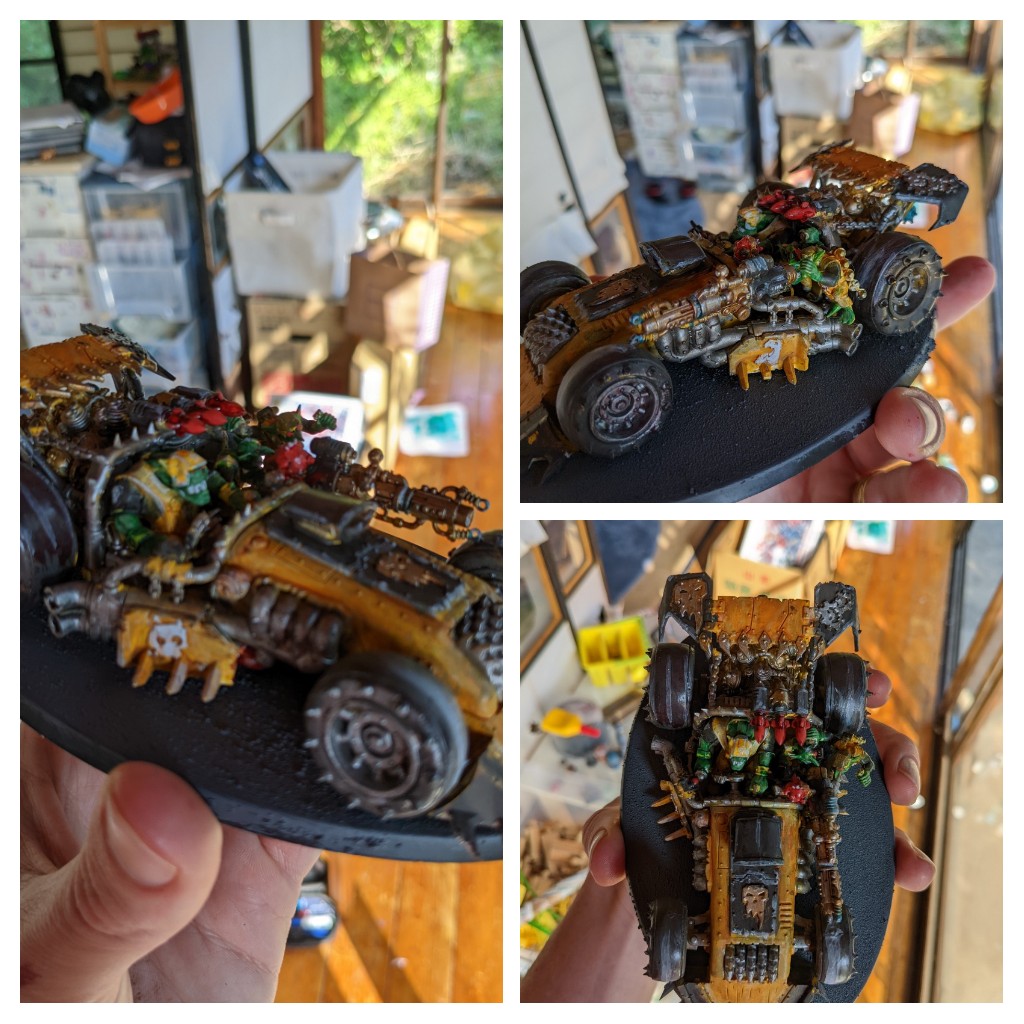 Finished this guy after he stood on my table for three months, because I was unsure how to do the flames. 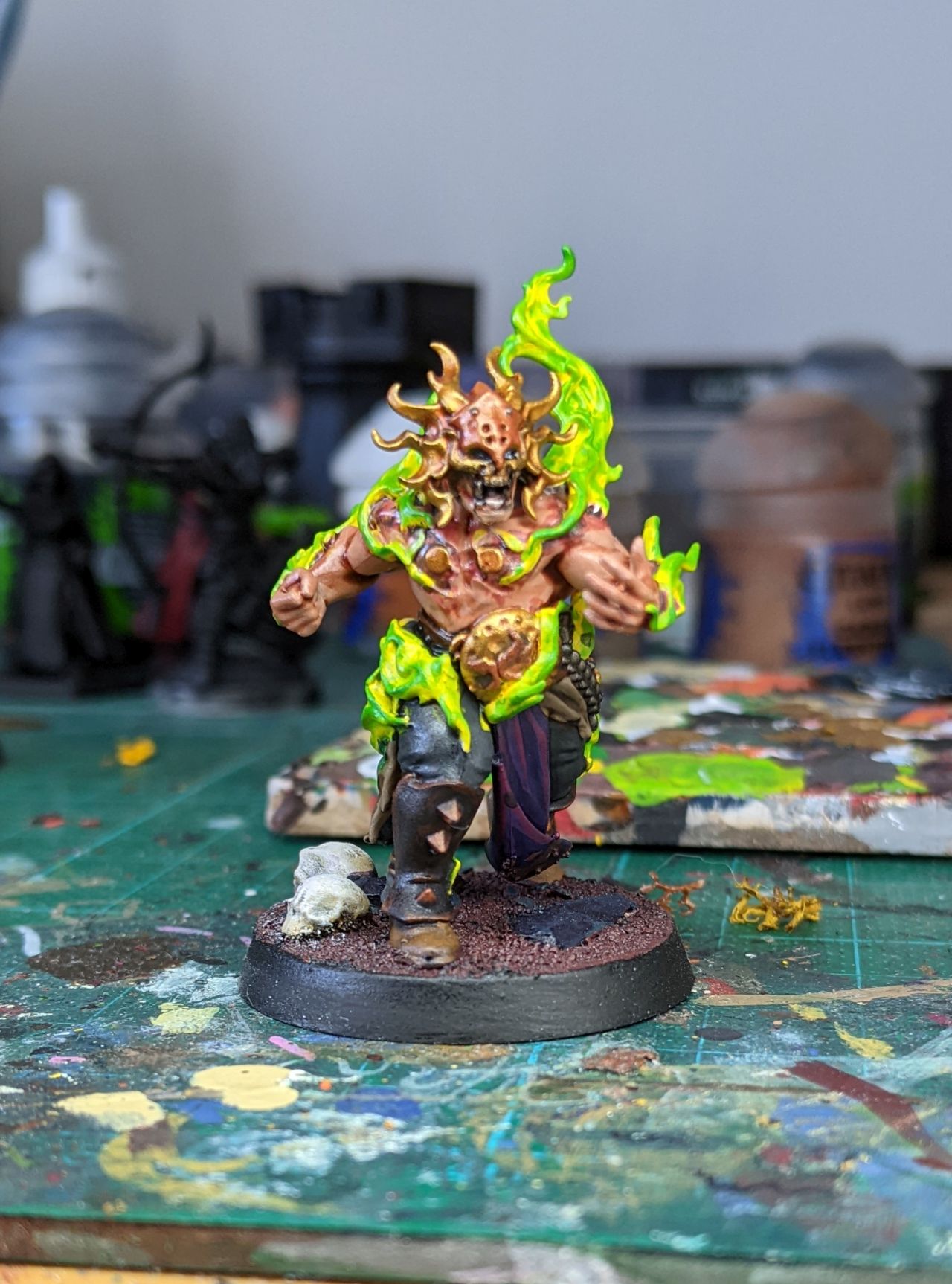 This means another Warcry warband is done, and I really wanna play Warcry again at some point...
Reactions: trollmeat, Zugg Zugg, Lyndon and 2 others

Slow progress on my May entry.

It's great to see these classics getting some paint @Captain Brown ! Keep going!!!
Reactions: Captain Brown and trollmeat
B

Actually got some bits done this month,hopefully a couple more by end of month 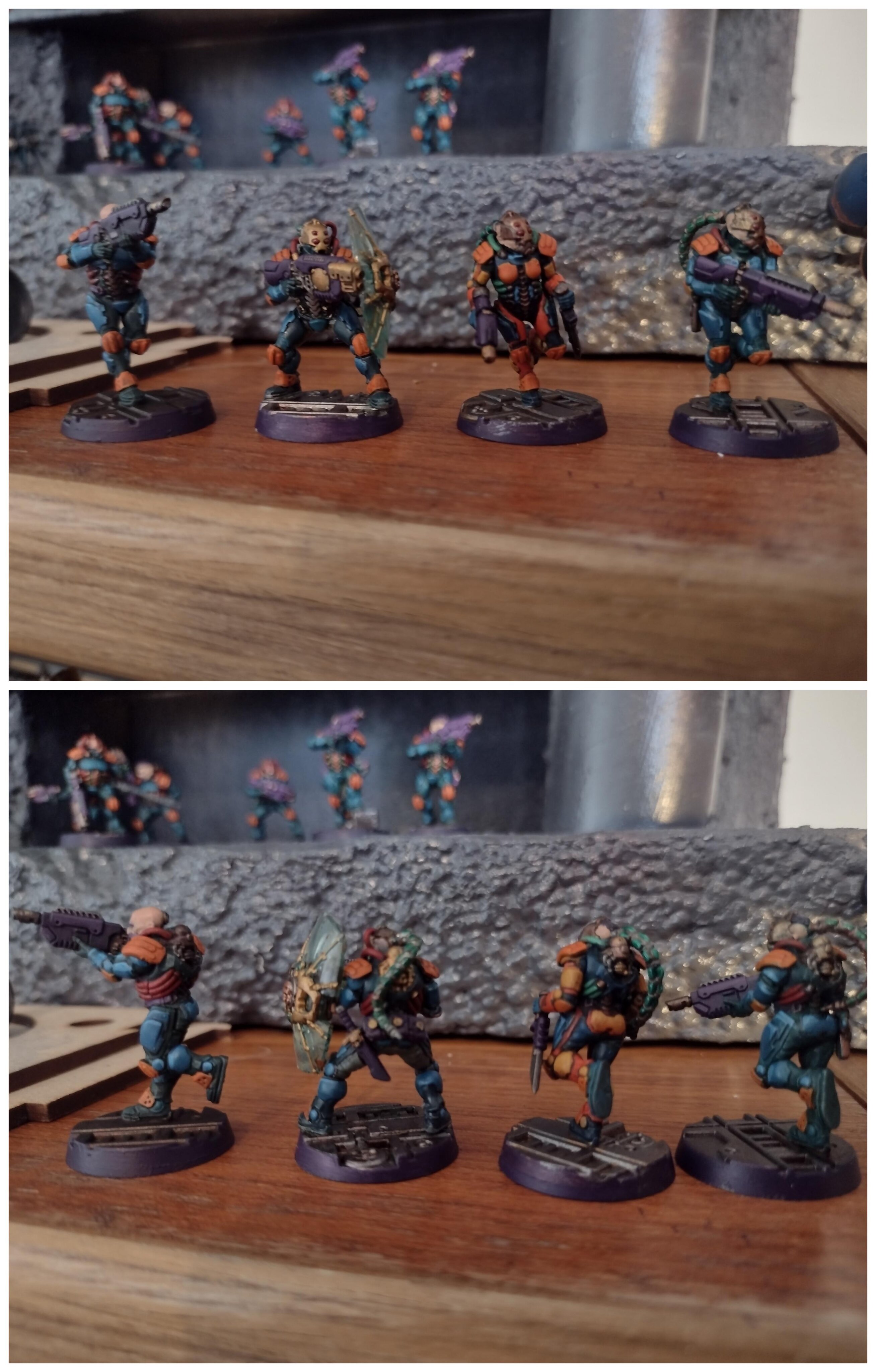 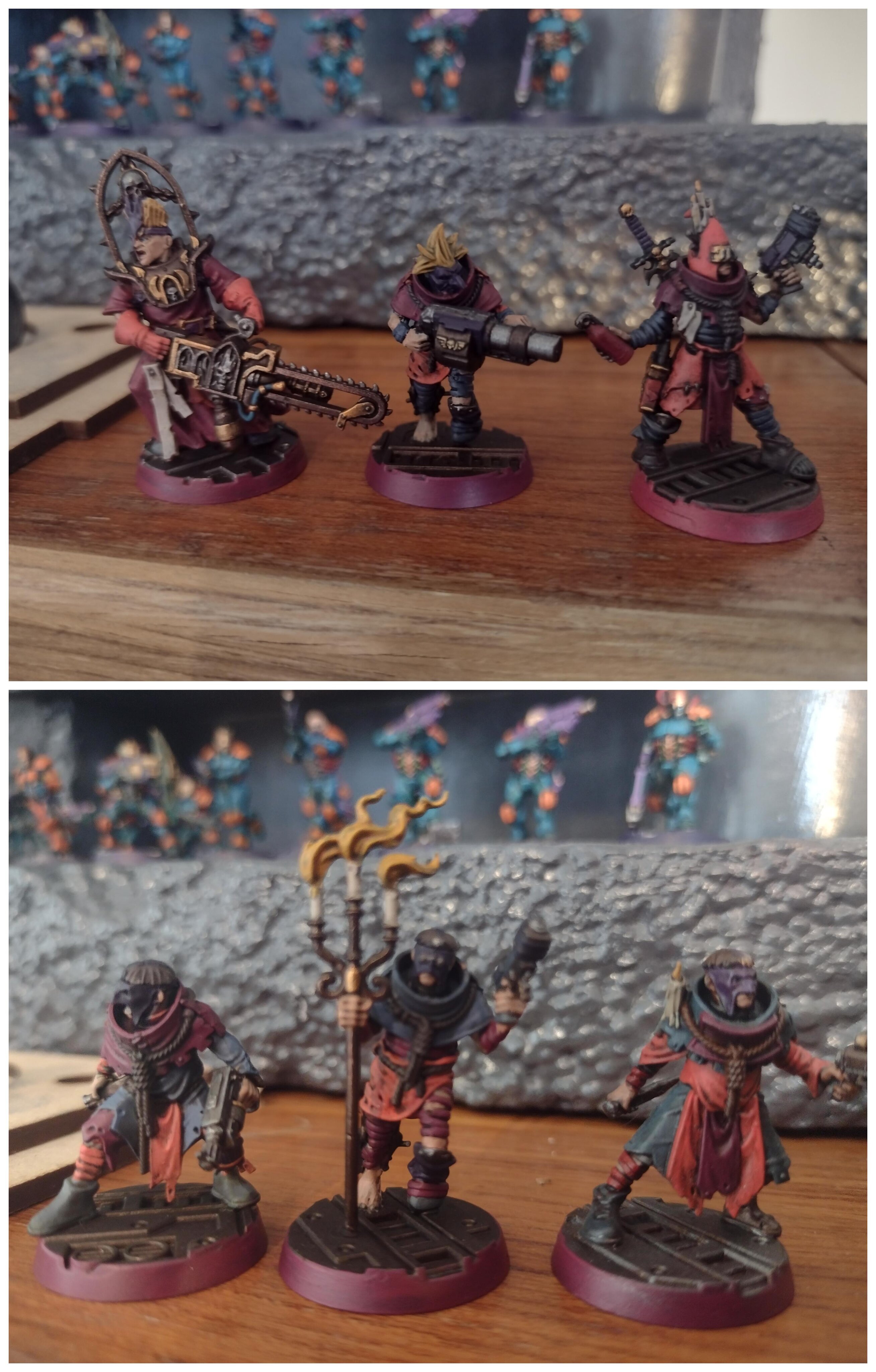 Also been building this over the last week, just need catalyst to do the resin at the bottom and then to make a toll bridge to cross it for when the tunnel tops aren't on. 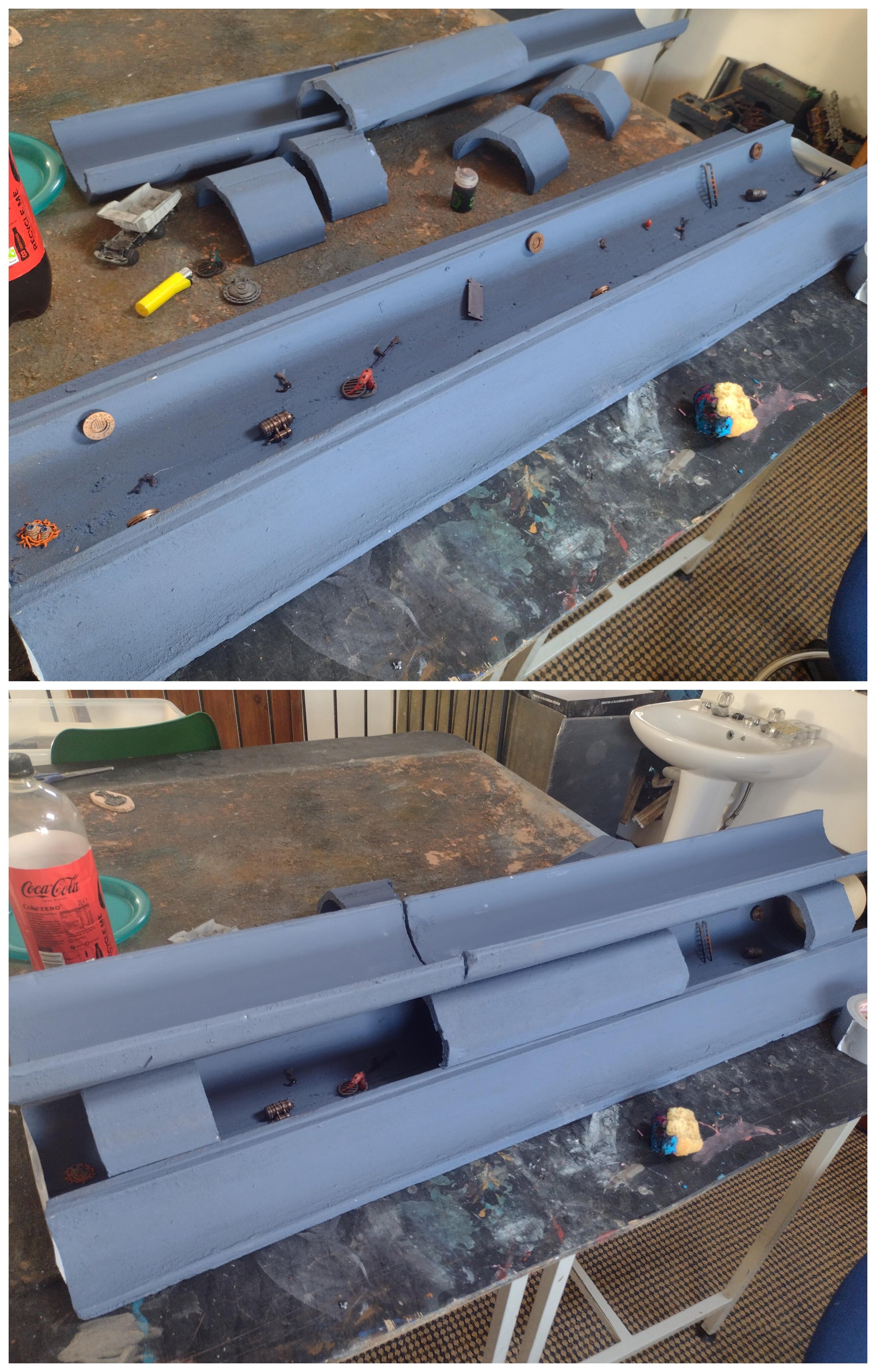 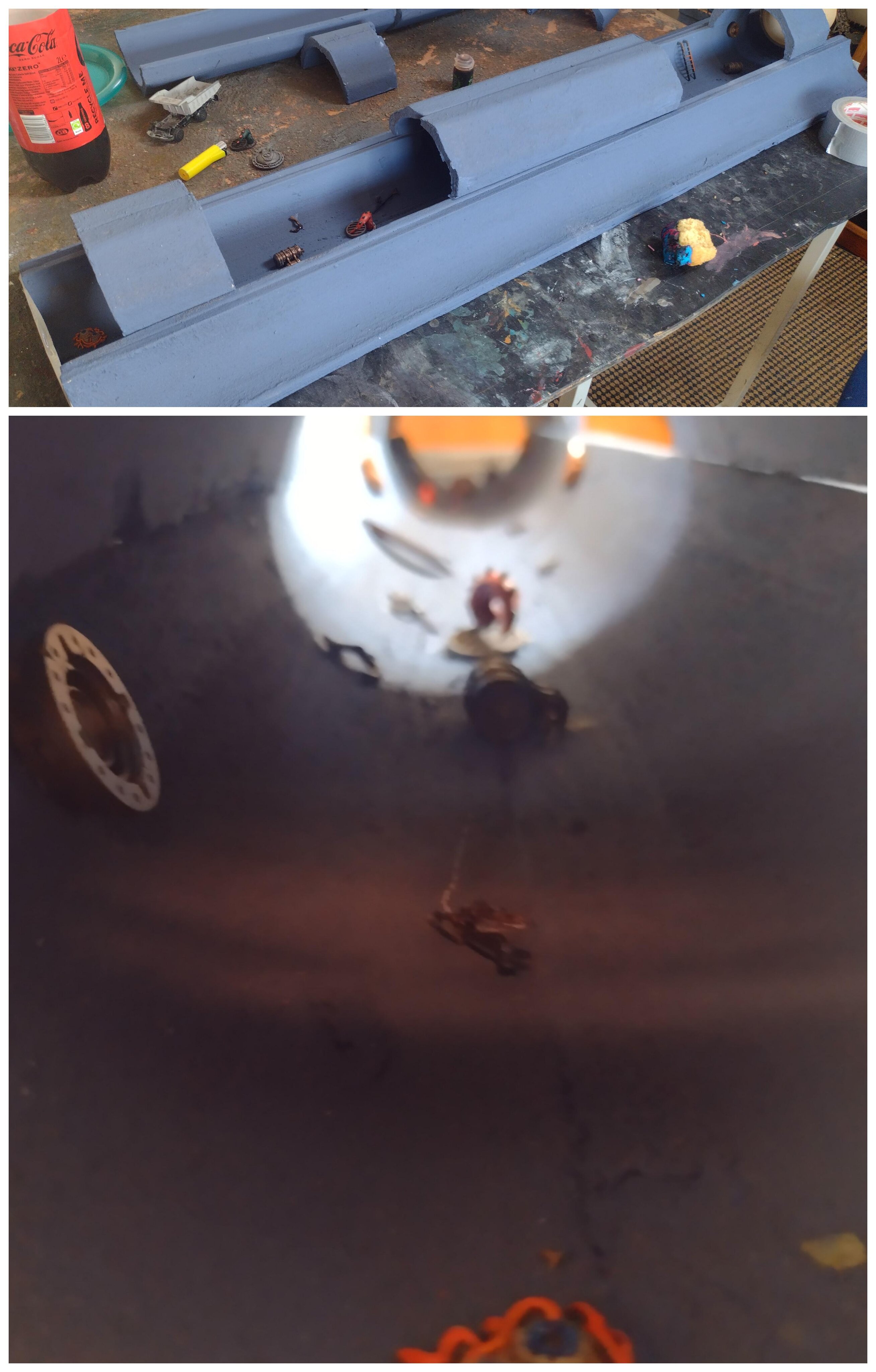 I've taken a break from my next Necromunda project and with all of the hype around the new Horus Heresy I've decided to build my own legion. I like the Roman aesthetic so I'm going with the 13th legion.
Reactions: trollmeat 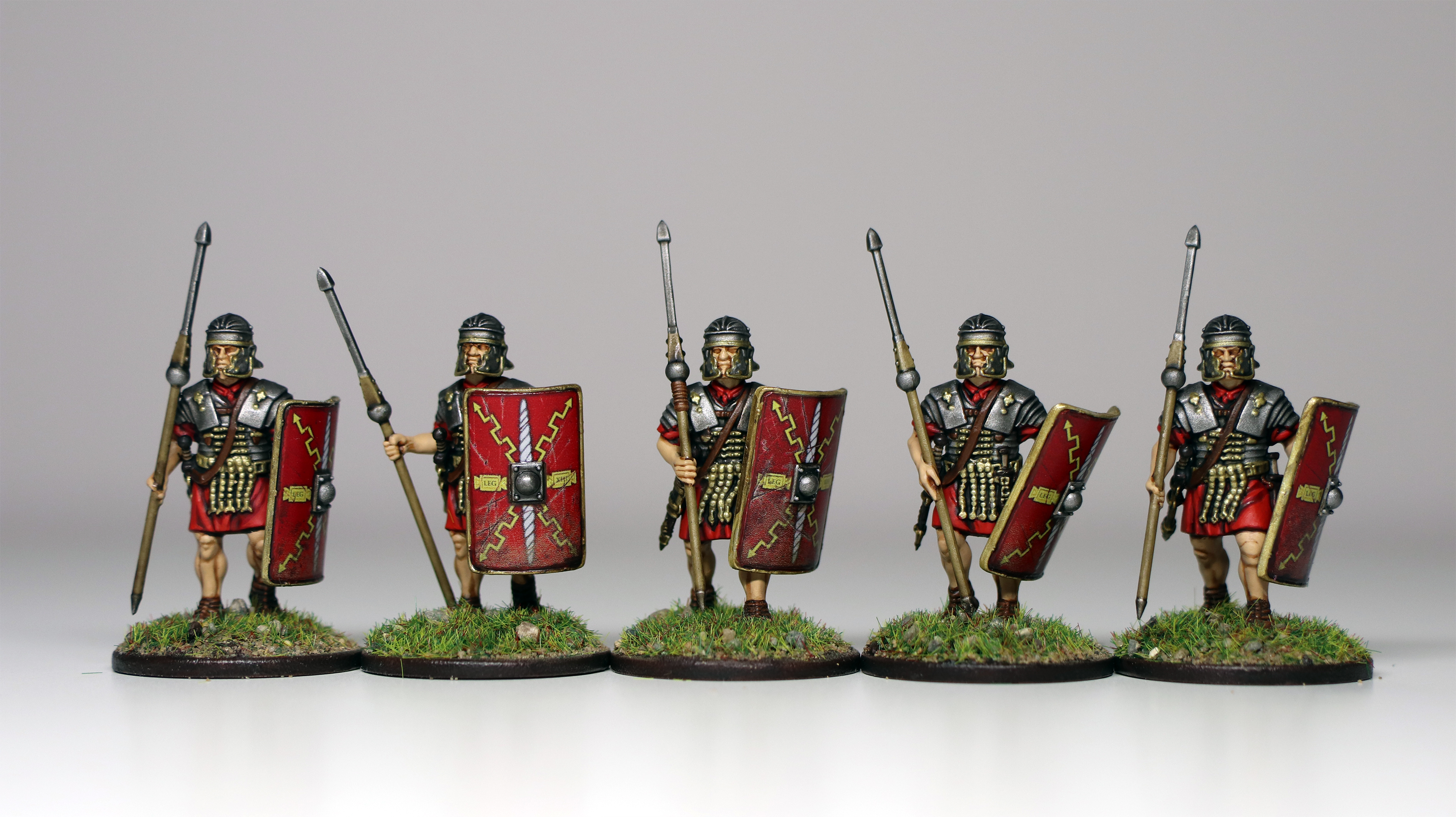 There's got to be another one in there about crossing the Rubicon / Rubicon Primaris
Reactions: trollmeat

Mr. M said:
It's great to see these classics getting some paint @Captain Brown ! Keep going!!!
Click to expand...

Pending travel means I finally make a bit of time to paint. Will any get finished by the 31st...anyones guess. Bonnie Annerson conversion, slopper, Gunk Queen, Inquisitor...I'll have to go the named character route to finish something I'm thinking. Time to go celebrate oldest yakling graduating from college. 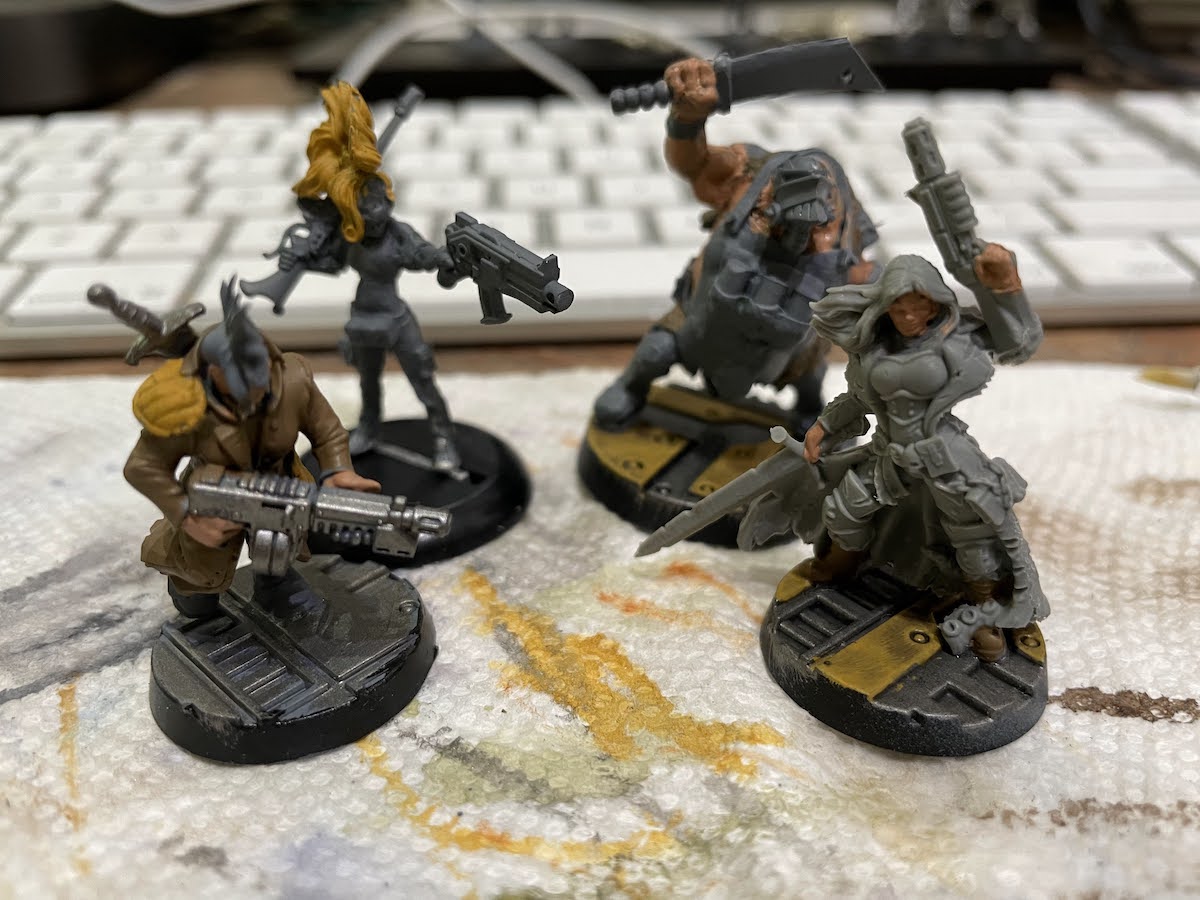 Well, if you do manage to finish them, the new submissions thread for May is now open!
Reactions: Ben_S, trollmeat and Sump Duck 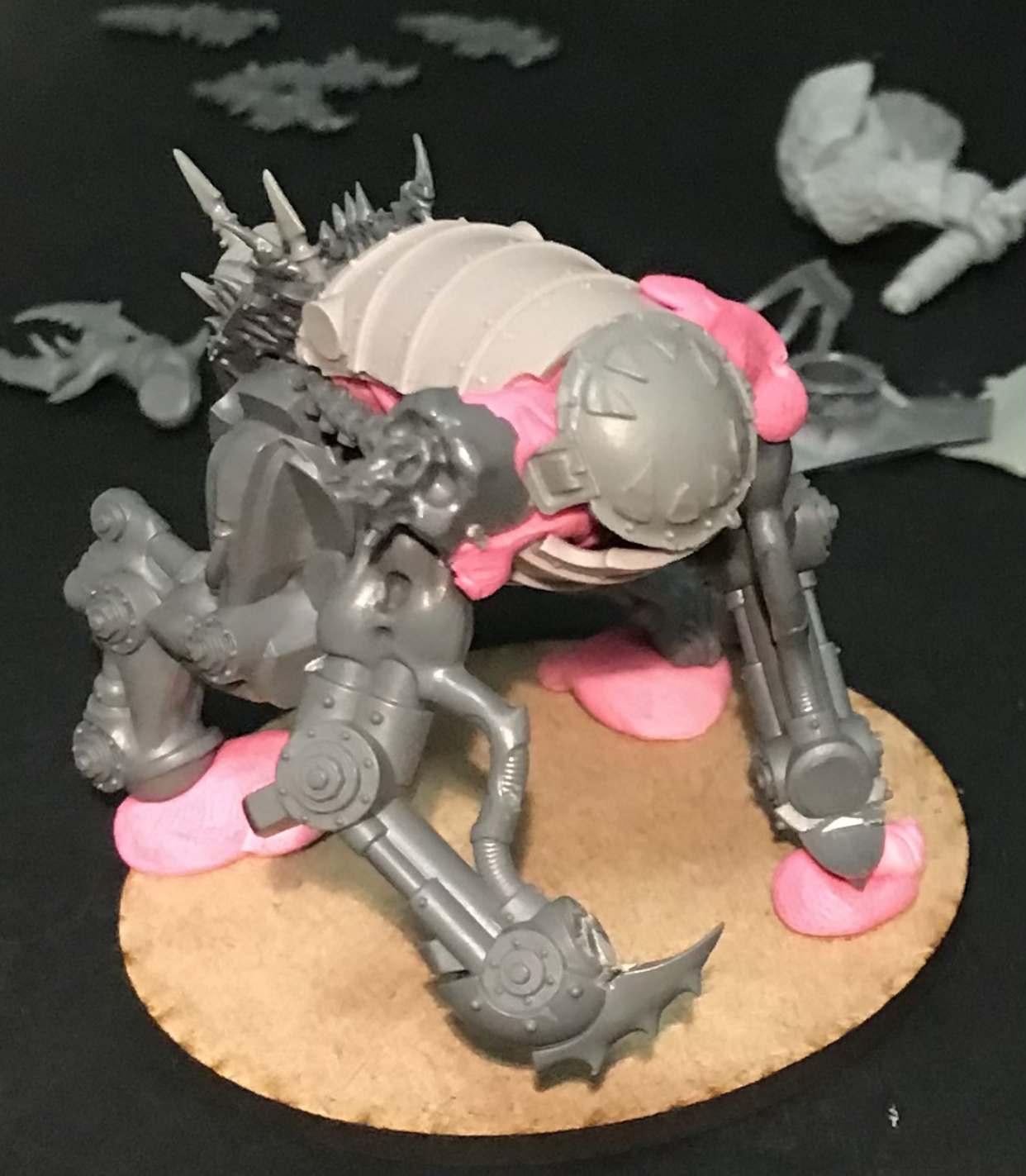 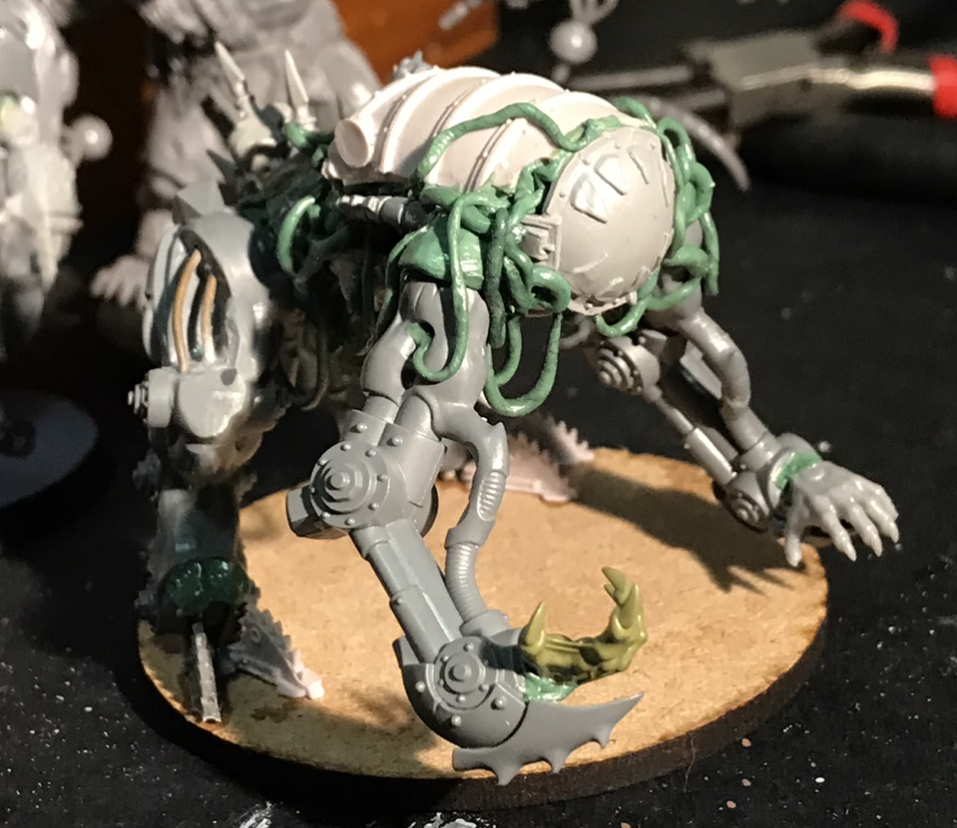 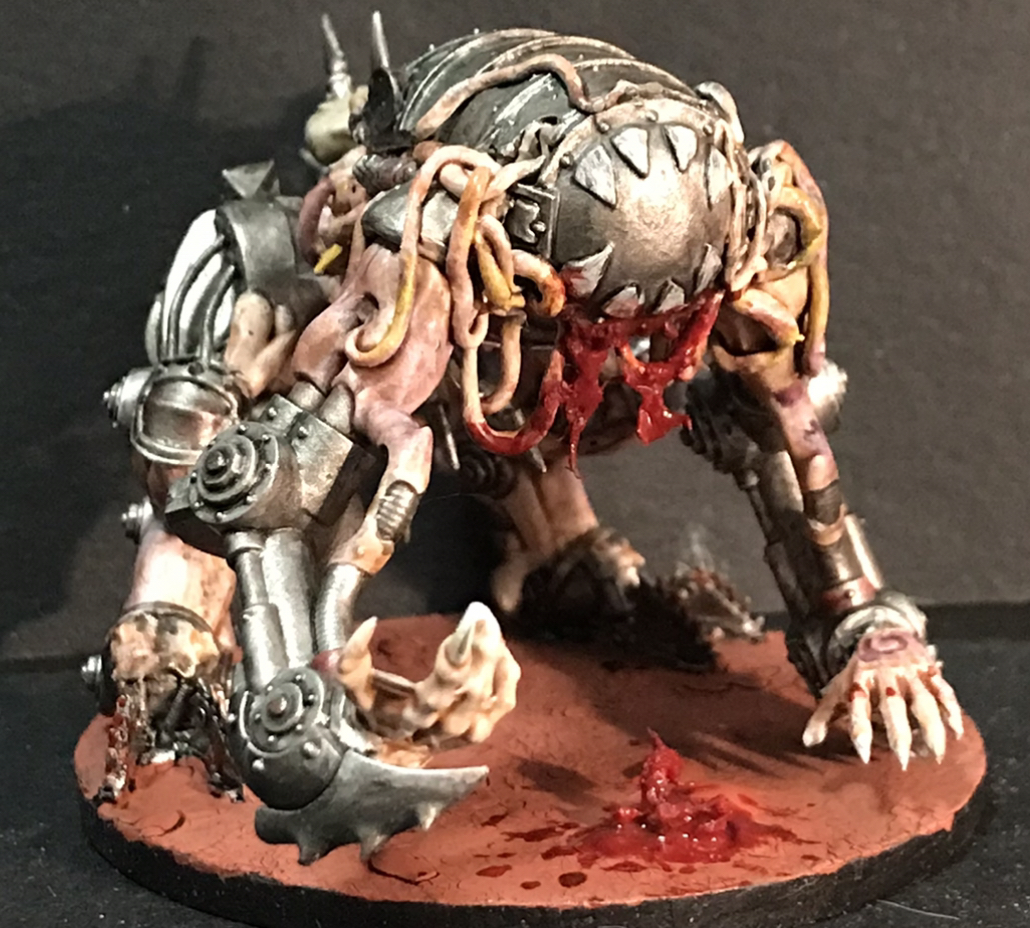 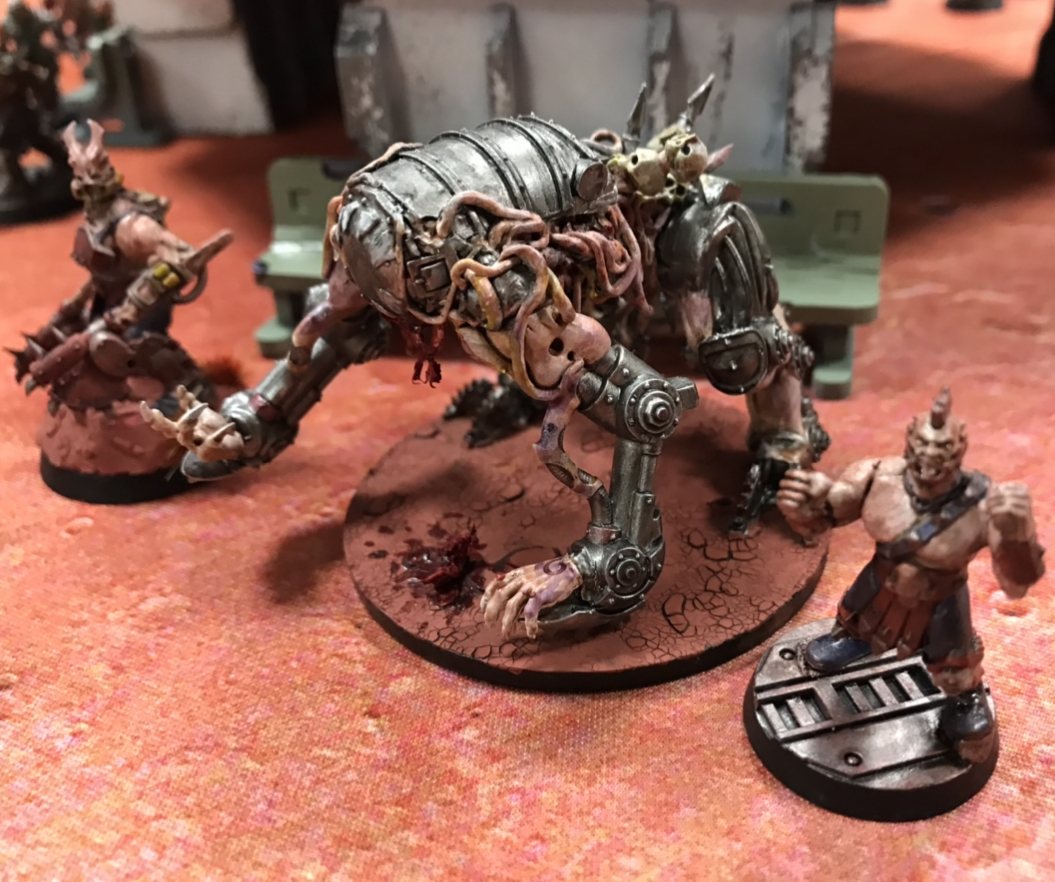 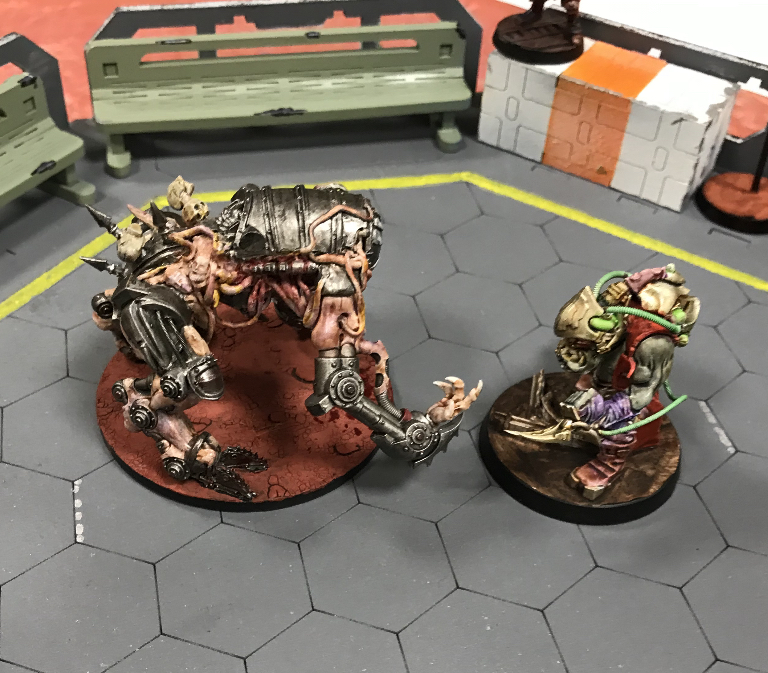 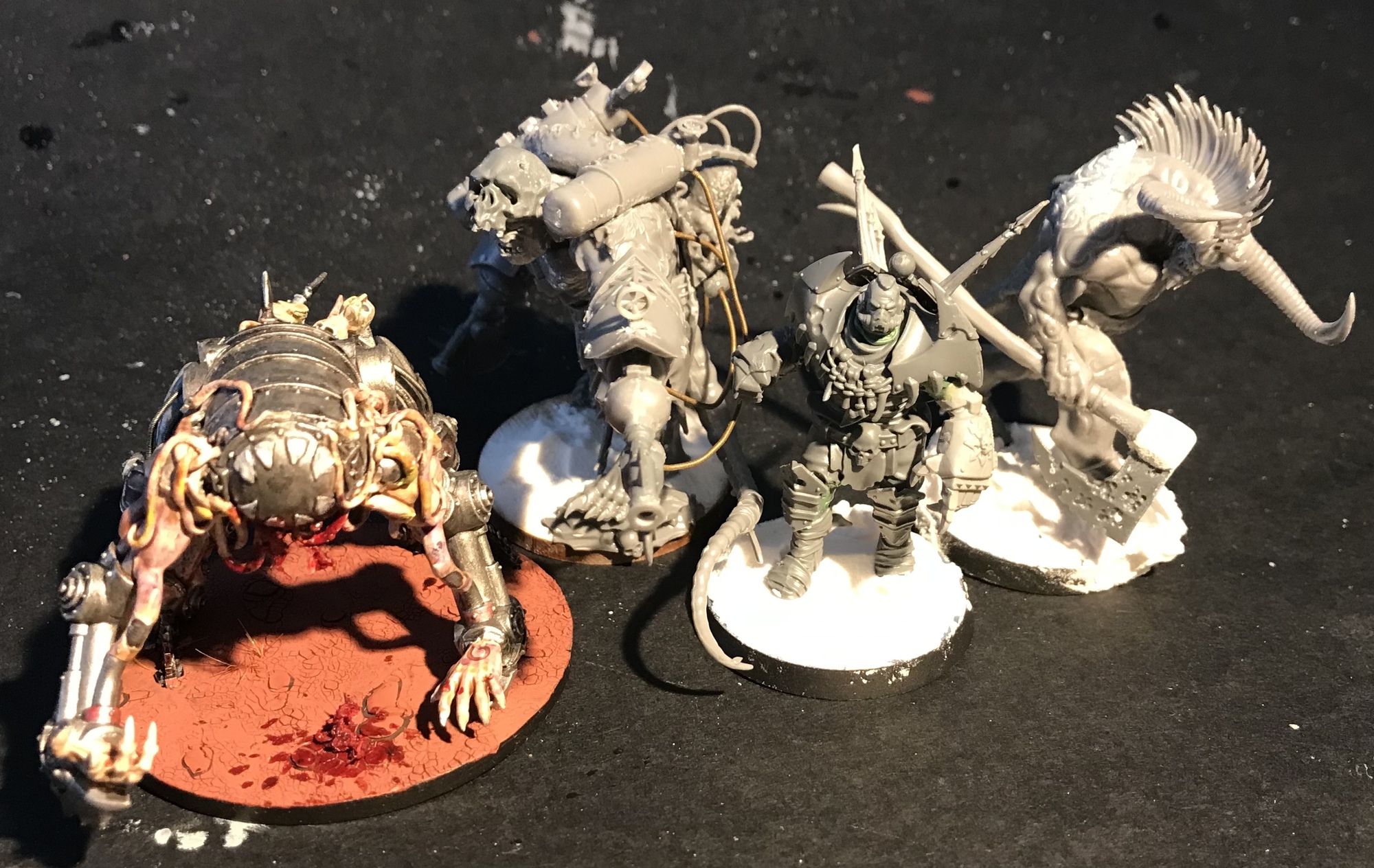 Pit Beast & the Scions of Juice.

We had the pre-campaign Pit Fight this week, the campaign proper starts Thursday so the Scions of Juice need to be finished before the end of the month

The Scions of Juice are ready for the campaign start!

These pics were mostly taken a couple days ago before I had splashed their bases with Martian Ironearth (Twice! Too endampened to use a spray so when I put the Ironearth over the black base it actually lifted up and revealed the white putty underneath, so some bits had to be retouched multiple times). 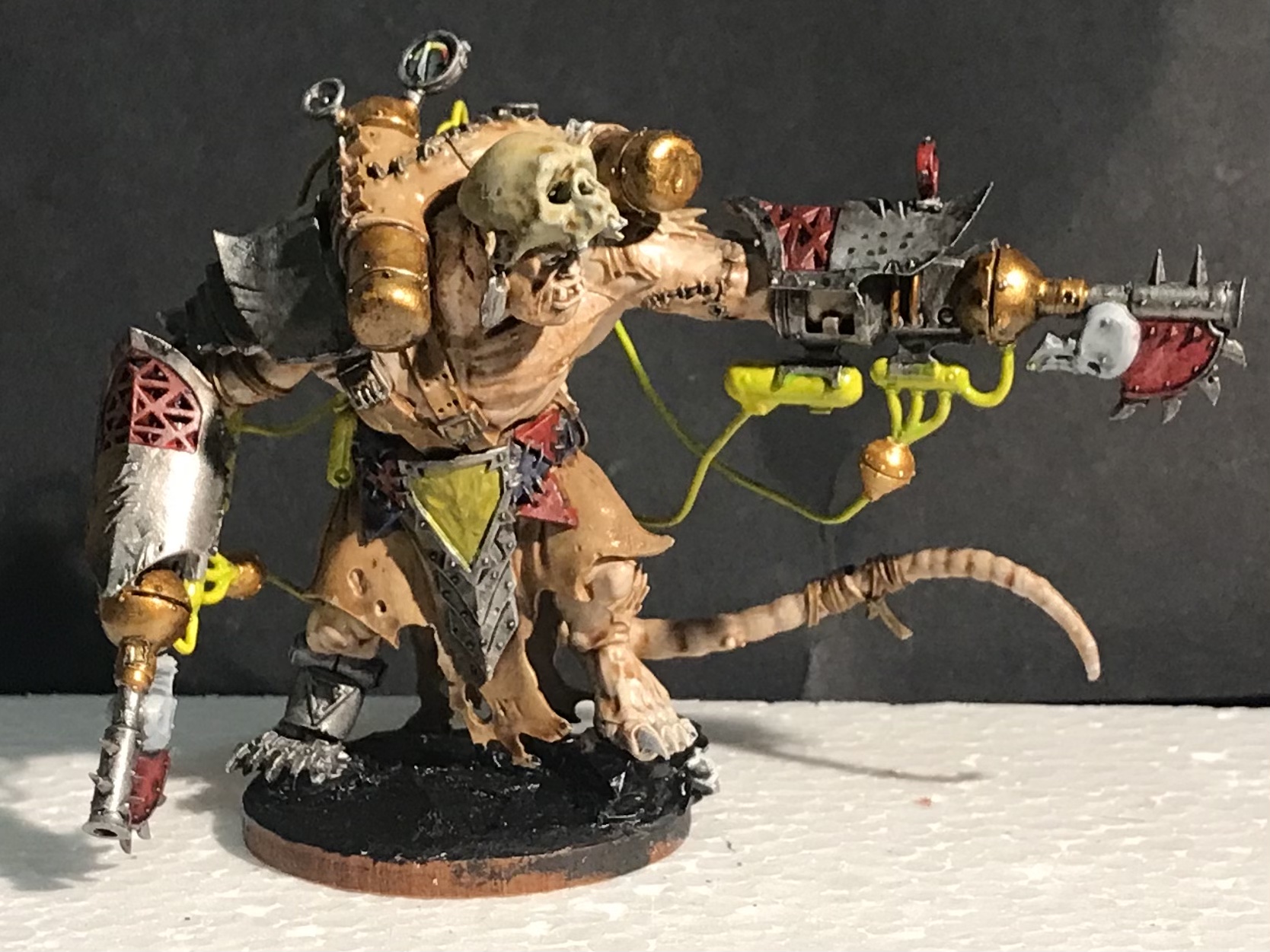 Is the back baby controlling the beast, or is it like a backpack with juice in it feeding the monster? 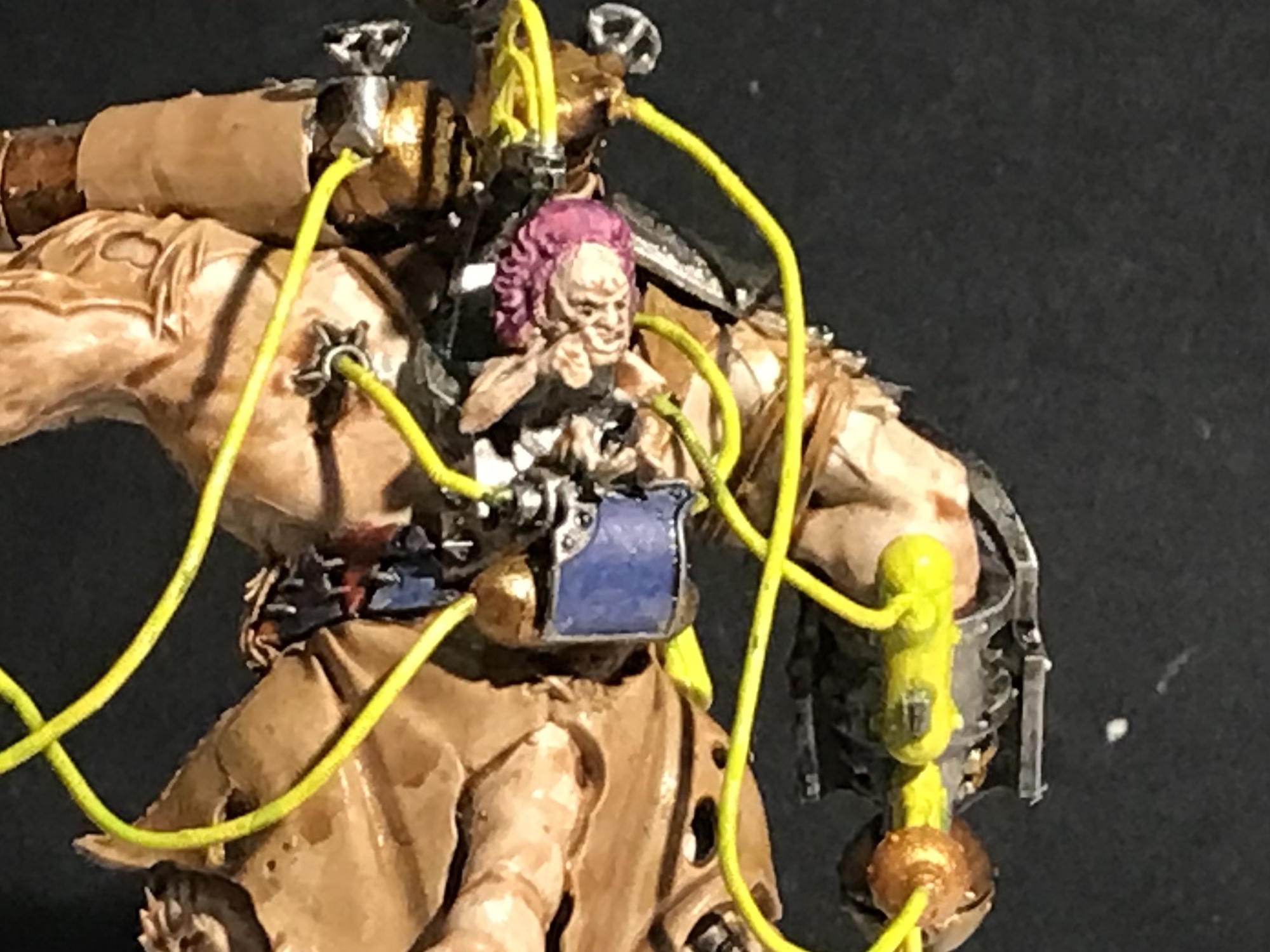 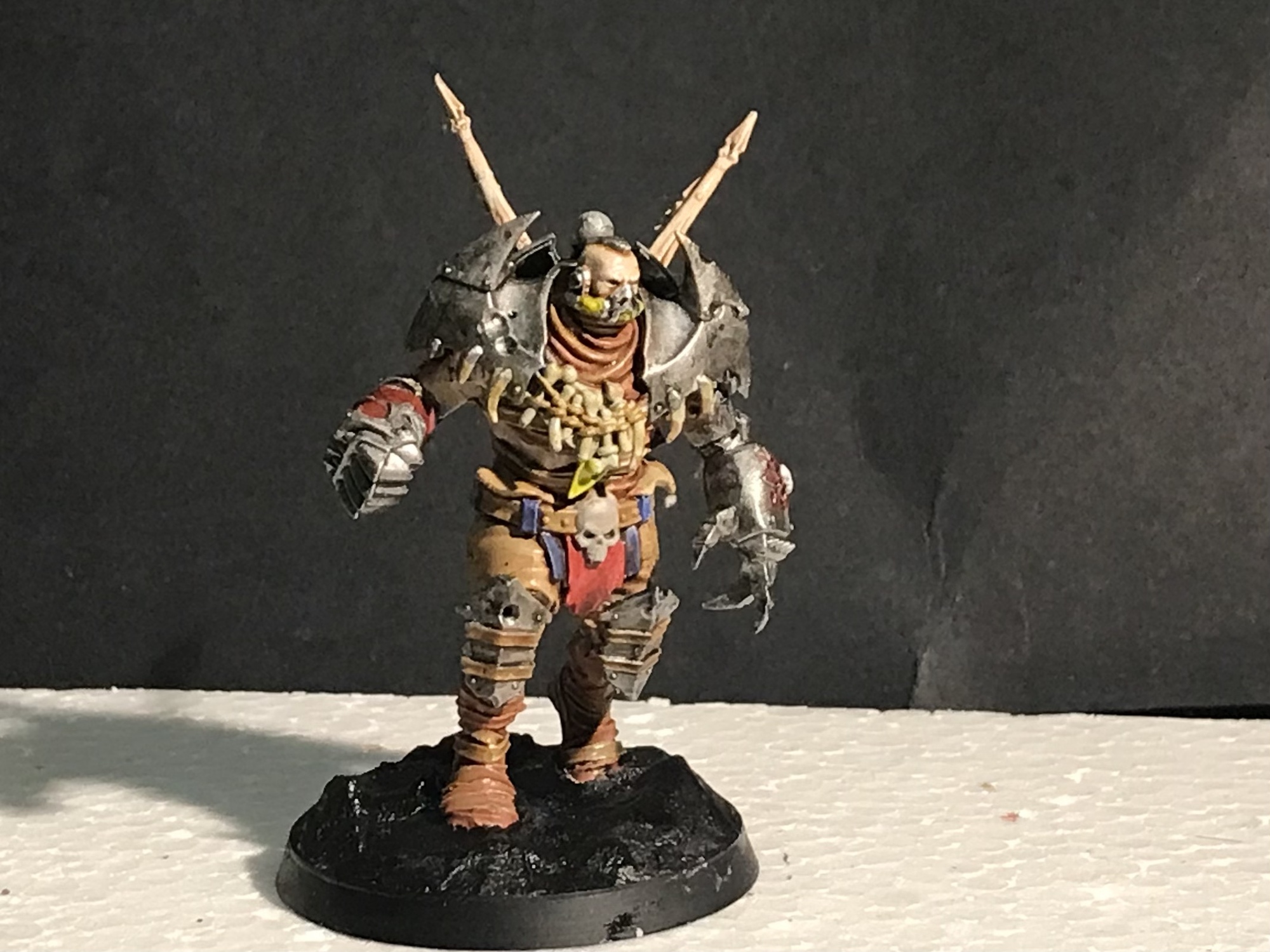 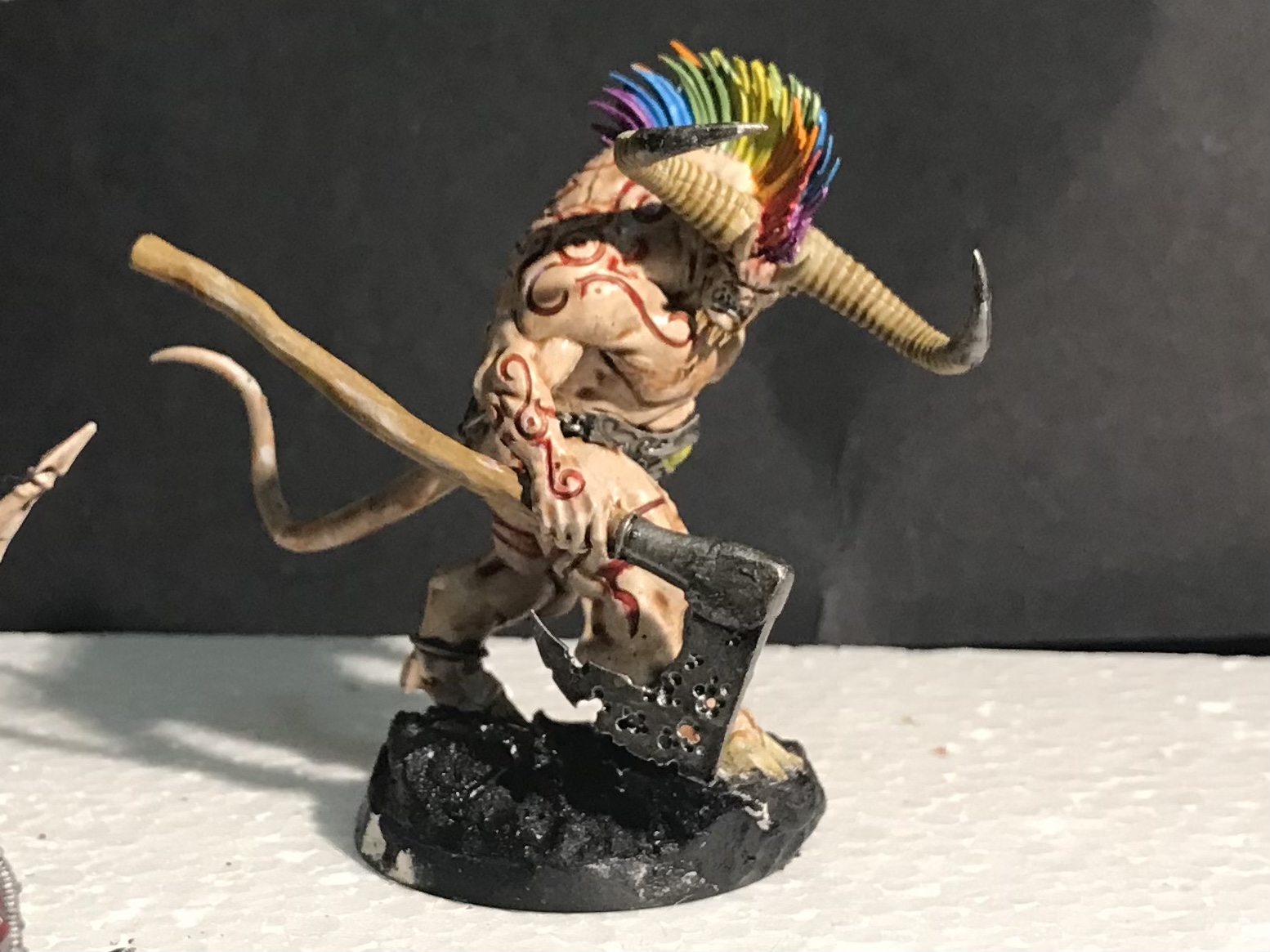 Kevin! I’d posted this one, when it was grey plastic and blutac, in the campaign chat and someone said “He looks like a Kevin”, so I clearly had no choice but to go with that name. 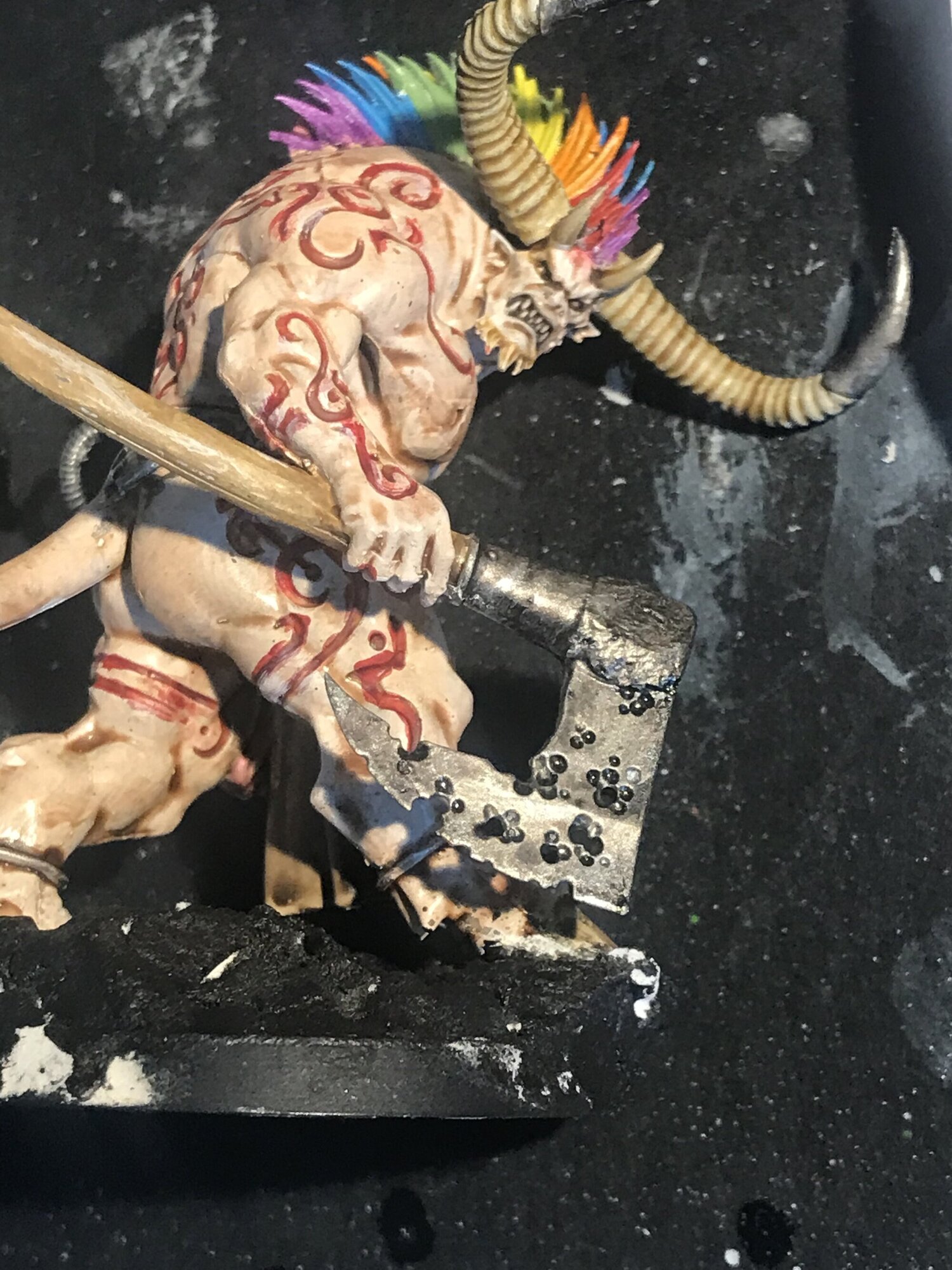 Kevin’s axe is going to be a Goredrinker, after the first battle (unless I can convince one of the arbitrators to let me take it from the start). 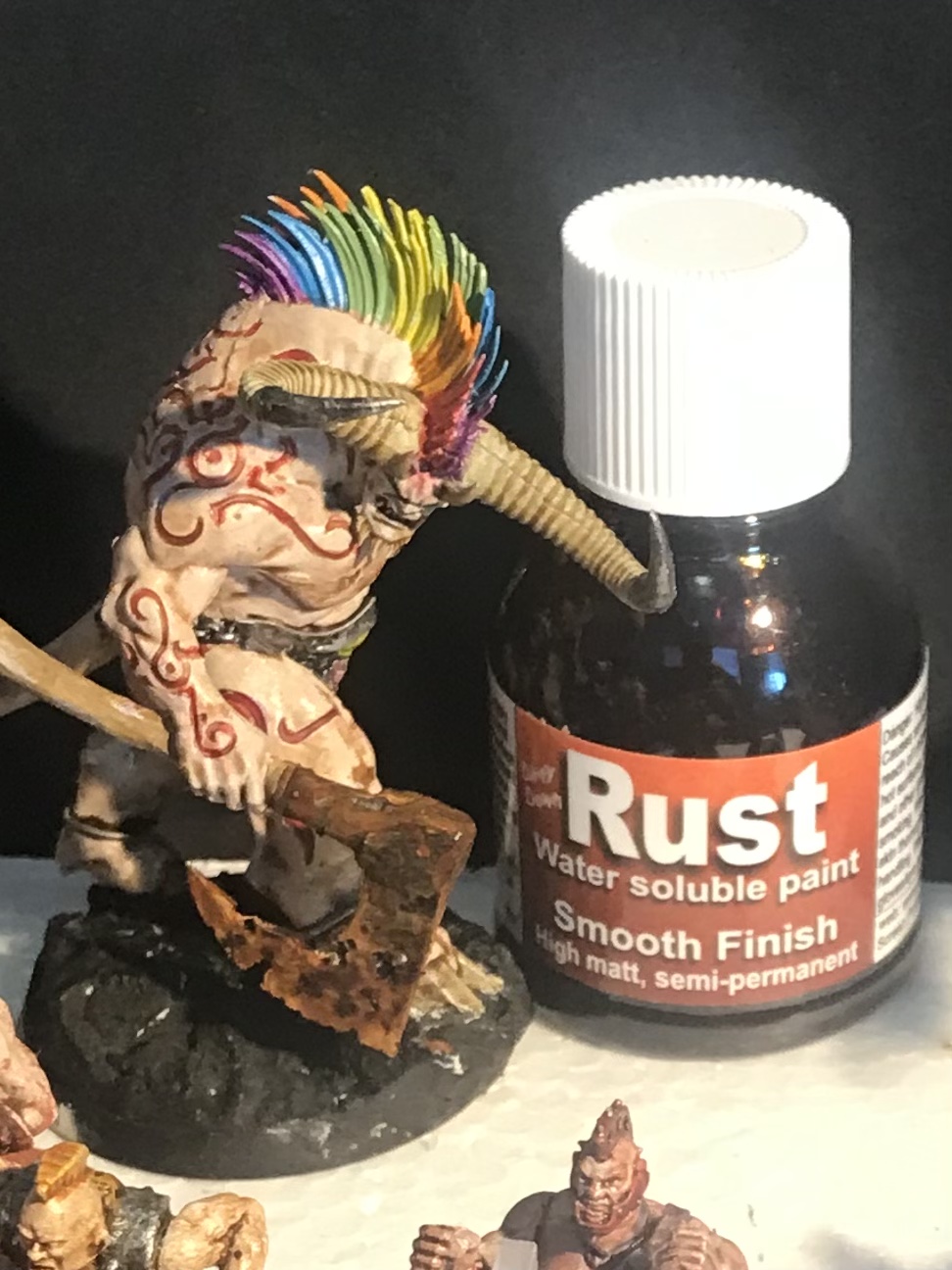 Cannot recommend Dirty Down Rust enough! I’ll add some gore (like on the Pit Beast) once he actually completes “Kevin’s Quest” and gets his Goredrinker. 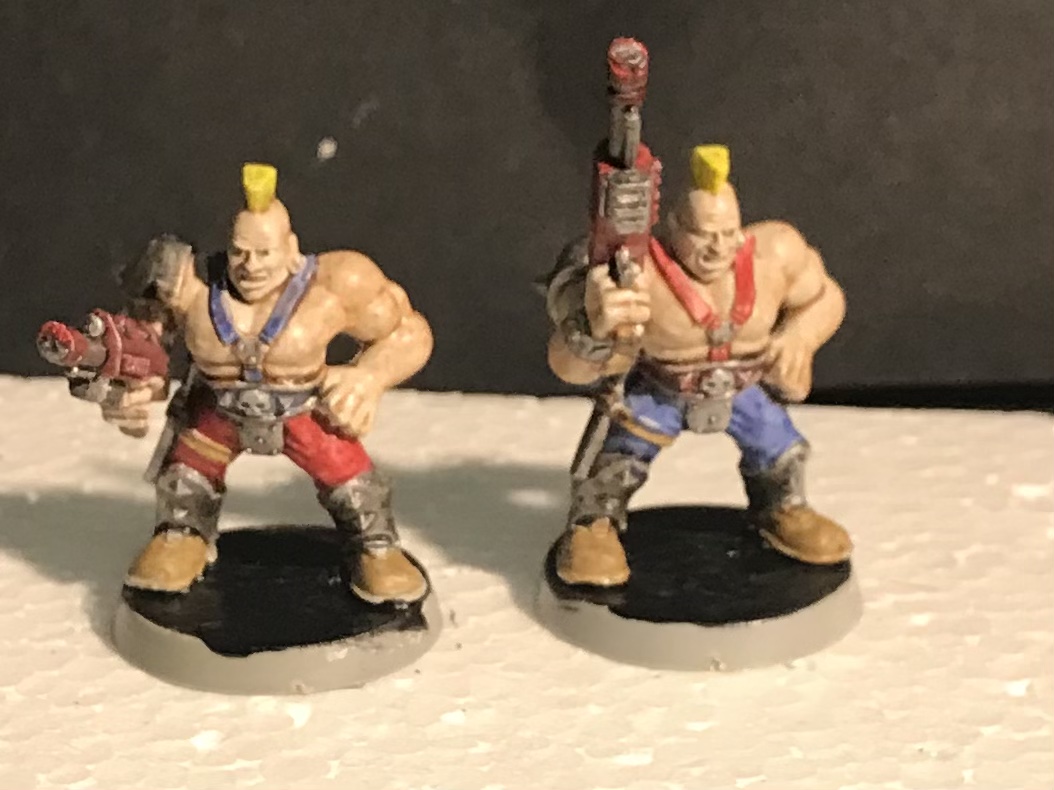 Goliaths with lasguns? Yep! ‘Cept they are going to be Hive Scum. 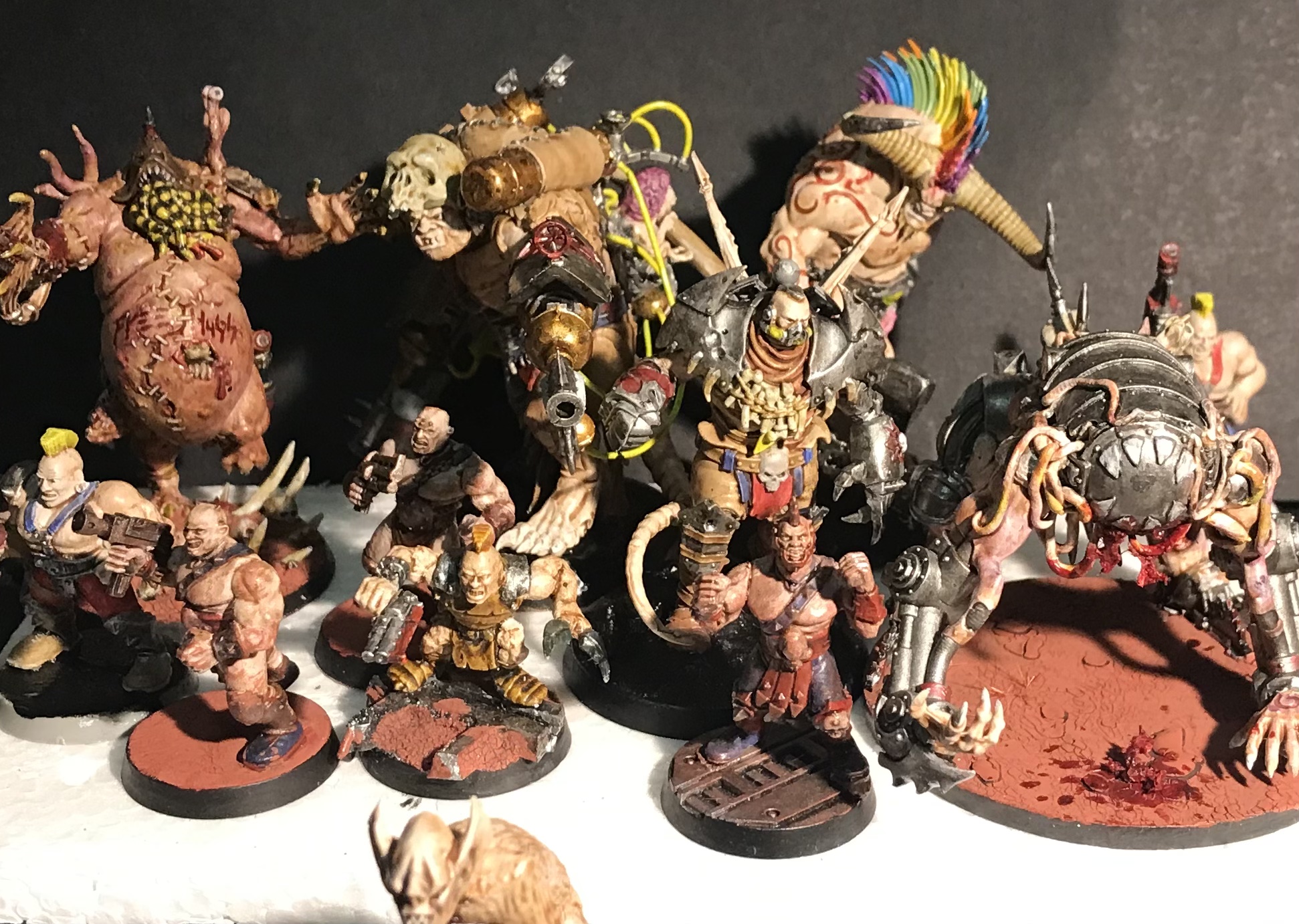 Before and after some base work. 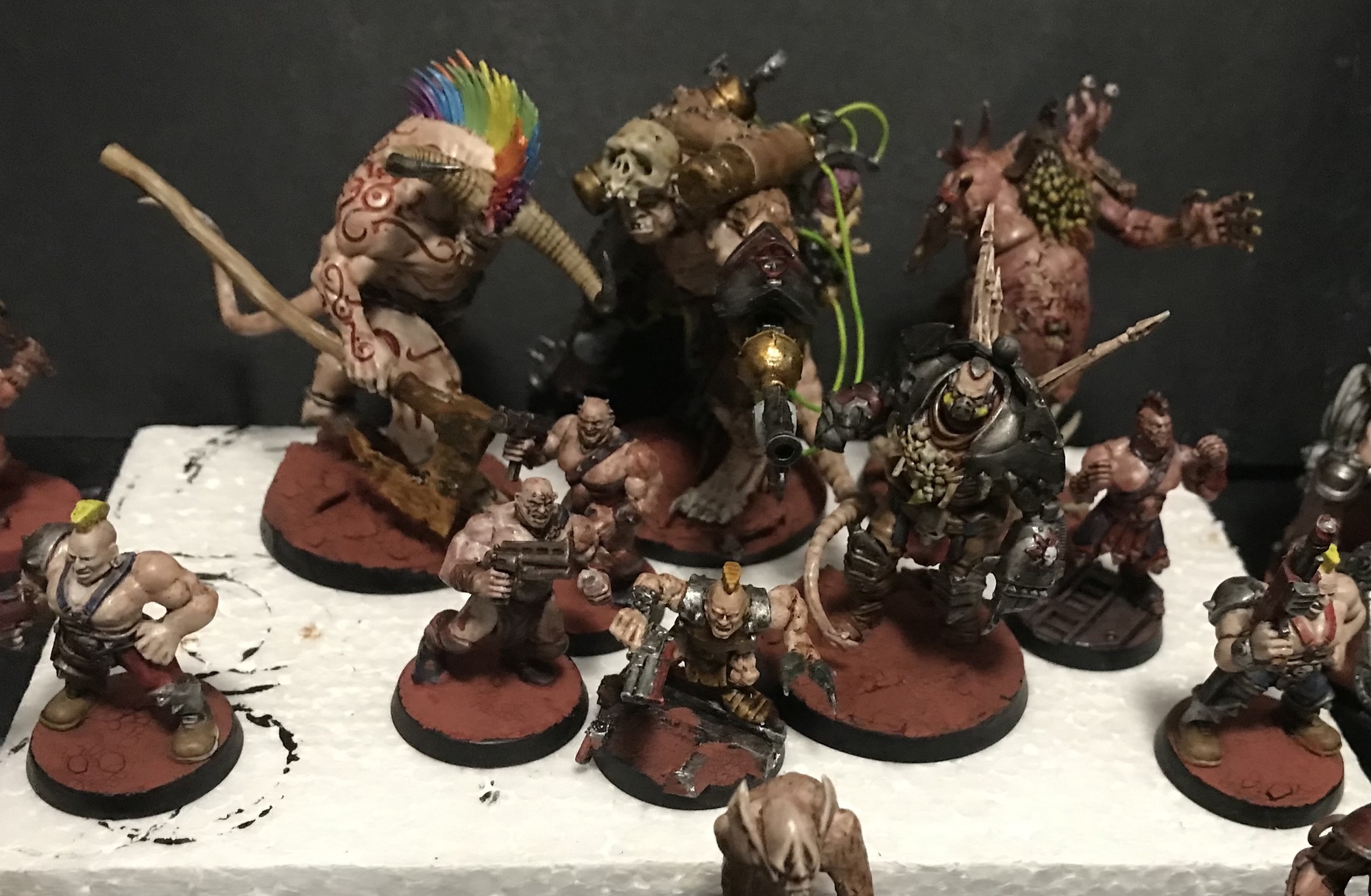 The whole gang! The four little guys were not done this month, I’ll take a pic for the submissions thread maybe with the scenery from tonight’s game as the background.

Oh, yeah, and the Pickles model was also a previous one. As he has died and been reborn multiple times now I’ll be running him as a new guy called “Gherkin”

I blame stomach bugs and being thoroughly distracted by the sump seas platforms I found…. Haven’t painted a thing this month. Started loads of stuff, but nothing finished.
Reactions: SuboptimusPrime and trollmeat

I have no real excuse other than that I've been mostly assembling things this month. But there's still the weekend, so I might actually manage another figure and make the 5-man cutoff.
Reactions: trollmeat
Show hidden low quality content
You must log in or register to reply here.