So i am super nervous and want to show you the mob i want to play... absolutely no idea if that will work. I have to learn the rules again so the idea was to put as many orks on the table as possible, so if some of them die (because of a lot strategical mistakes) it will not so bad... ?


oh and i know that theres a boy with a bow and a yoof with a shoota... the idea was that the boy is a "smaller" target with his little bow and they shoot on the yoof with shoota first....

Looks good! I'd probably give the choppa to one of the yoofs with a pistol but other than that I can't see anything to improve. Get 'em on the board and see how they play!
Reactions: Aulenback and Kommissar Shriken

GorkaMorka is both very forgiving and hard to be particularly decisive with as for as "optimization." Really, just get stuck in, have fun, and adjust to your own preferences as things develop. Necromunda has a bit more of a "sharp edge" in that regard.

More important than starting load-out, for a regular Necromunda player, is to remember that only grots and diggaz suffer from pinning. Don't think you'll pin ork opponents through shooting at them. Don't let that stop you from shooting at them, mind, just don't expect that it will slow them down until it actually hurts them.

many thanks fo your help!

we played in a seperate room from a pub.


i started with my "bigger diggas" (normal orc rules) on the left lower side... my two opponets started on the two upper sides...

I CAN SMELL THE TASTE OF FRESH SCRAP! 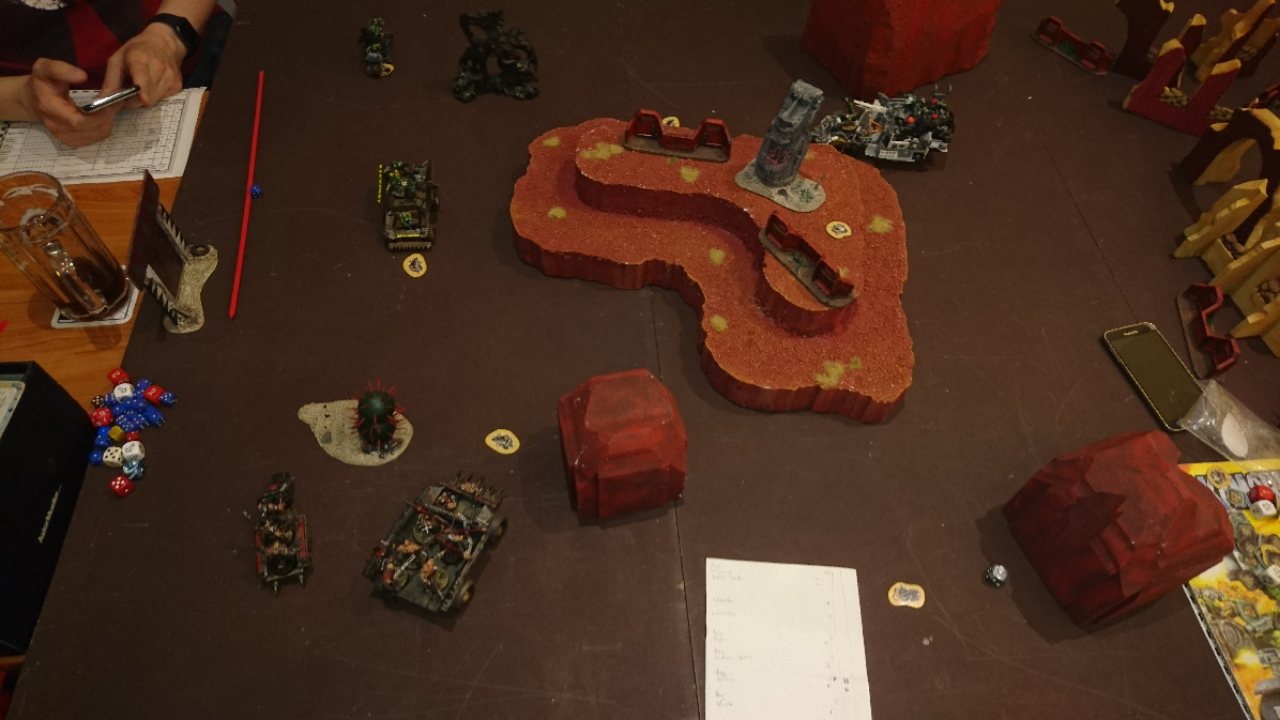 look at that big trukk! 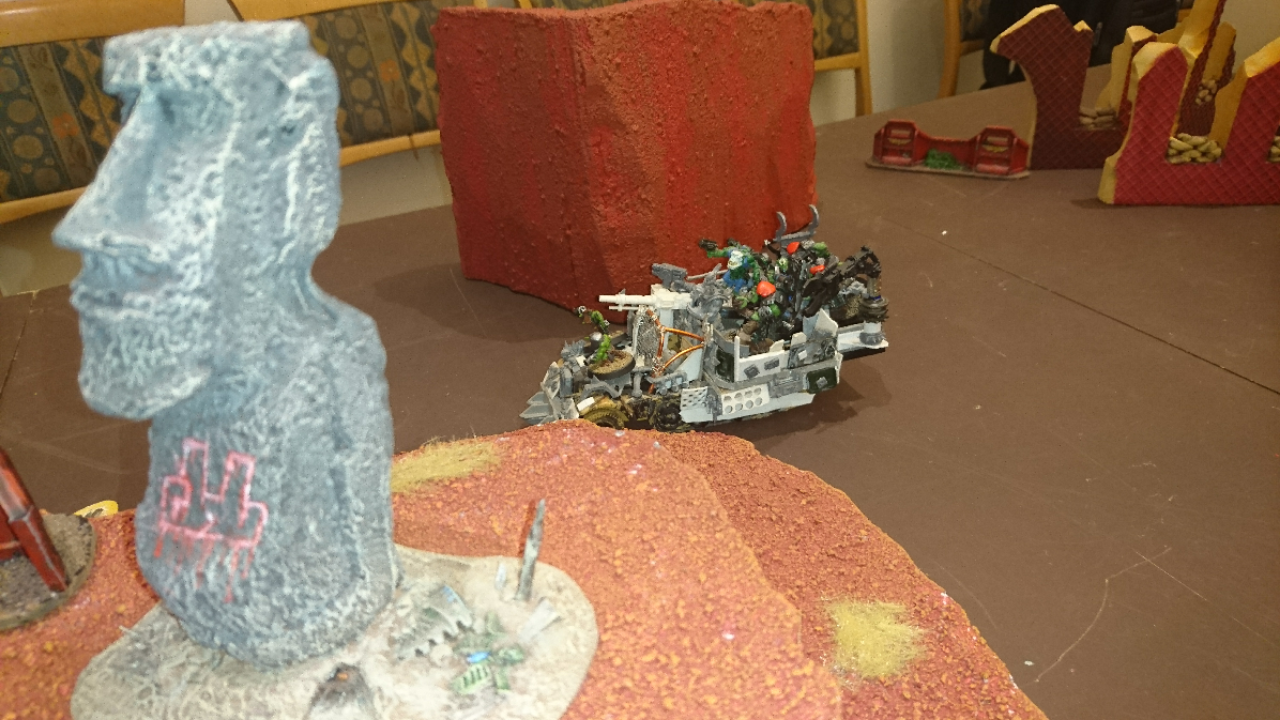 THOSE GROTS ARE STEALIN MY SCRAP!

the "yellow" player activated his booster's and was going to take all scrapmarkers.
but in the rush of speed the yellow trak-bike crashed my trak and my trakk exploded in a big fireball. the crew was catapulted 1xD6 and one boy died immediately.
the spanner and the joof landet in the sand unscathed. 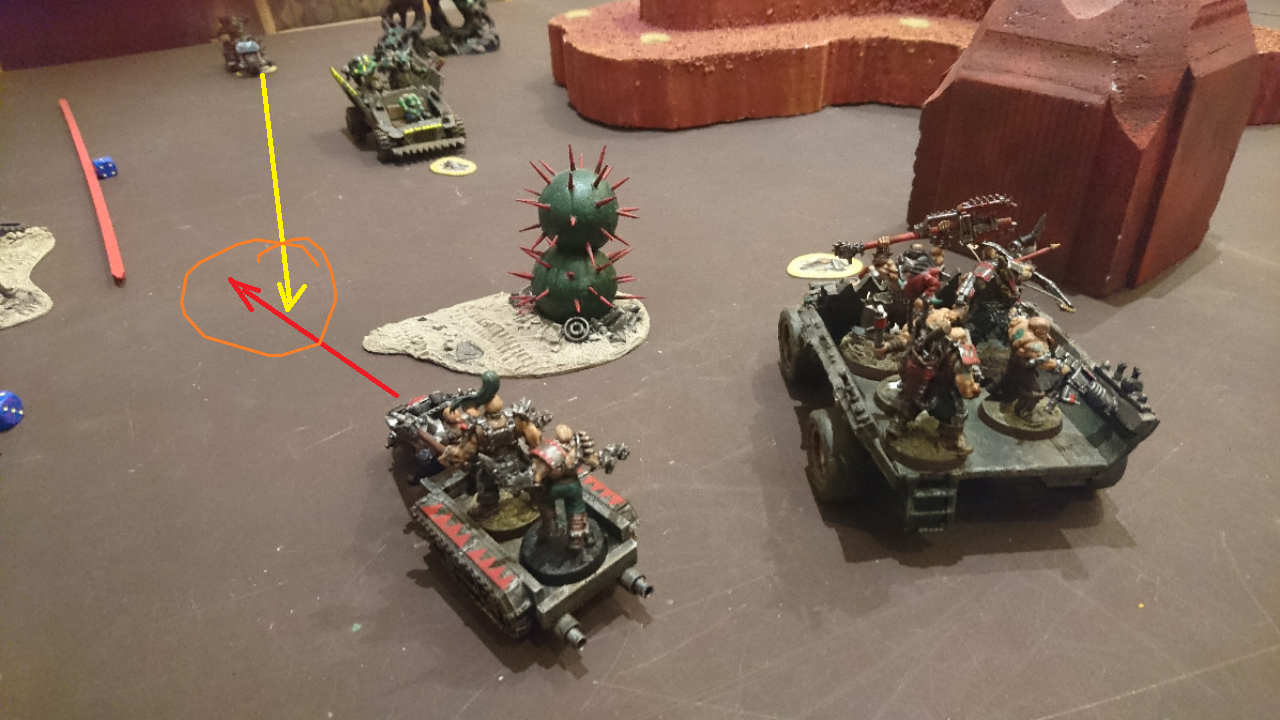 while the yoof from the exploded trak was employed with rubbing the sand from his eyes, the pickup of the yellow team run over him and he flew 3 inch through the air.

than i started shooting with all guns to get revenge for my destroyed trak ... but probably next time its not the best idea to put the guy with the "kannon" on the backside of the pick-up.. because he failed his test and felt from the car

the other guys could not really damage the pickup of the "YELLOWZ" but the made a fleshwound to the boss. DAMN GITZ STOP SHOOTIN ON THE CACTUS ! 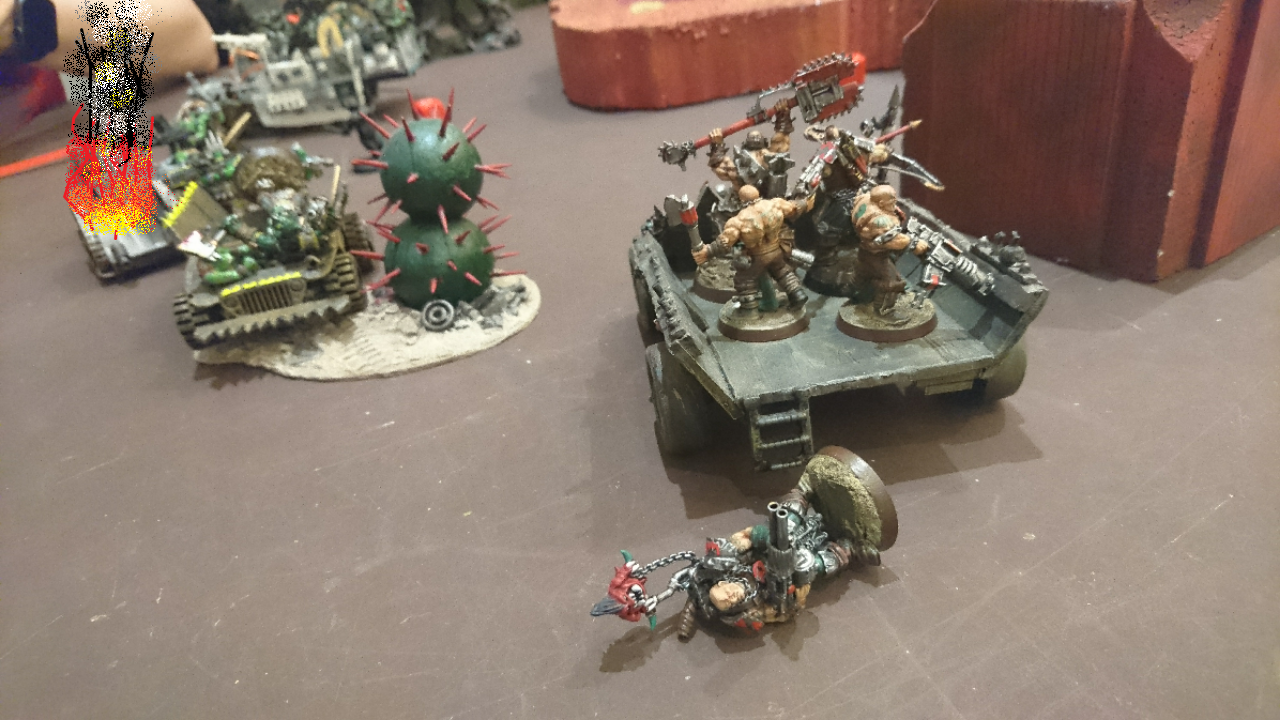 for the next rounds i forgot to make pictures because we had so much fun...
we had to stop after 5 rounds, because it was about 12 pm.

the result to this (late)time: the YELLOW mob killed the boss from the big-car-guys, while he was 3 rounds busy with fighting my spanner-boy (he just had a knife), the boss could not hit him... than 3 yellow orcs joined the fight and his boss was going down in a quick round.

conclusion: i had a scrap-mark, also the yellow mob. my trak was on fire and my spanner with his knife surrounded from yellow orcs, he would probably die in the next round... holding his knife in his hands...

my fallen kannon-guy had to run behind his pick-up while the boss activated his pick-up-boosters to rescue his spanner...