ForgeWorld has just posted a preview of the new Goliath weapon packs here. 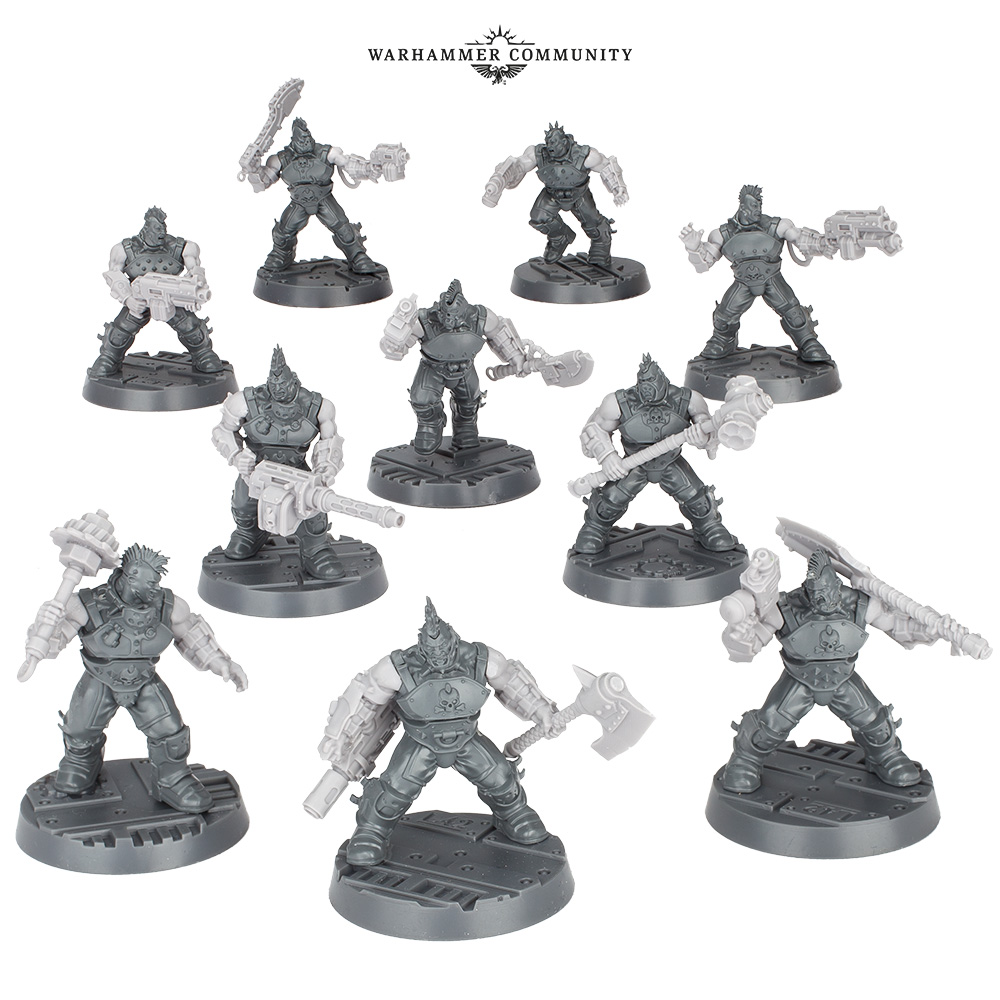 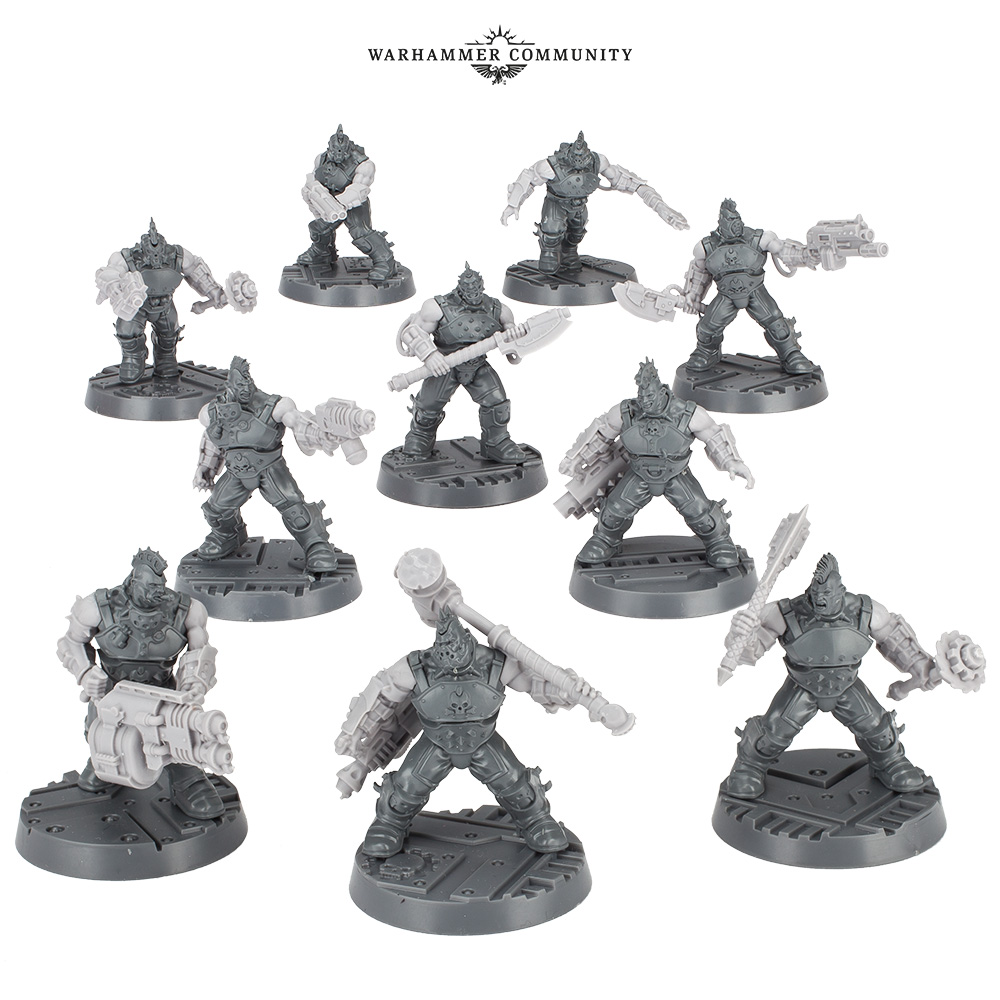 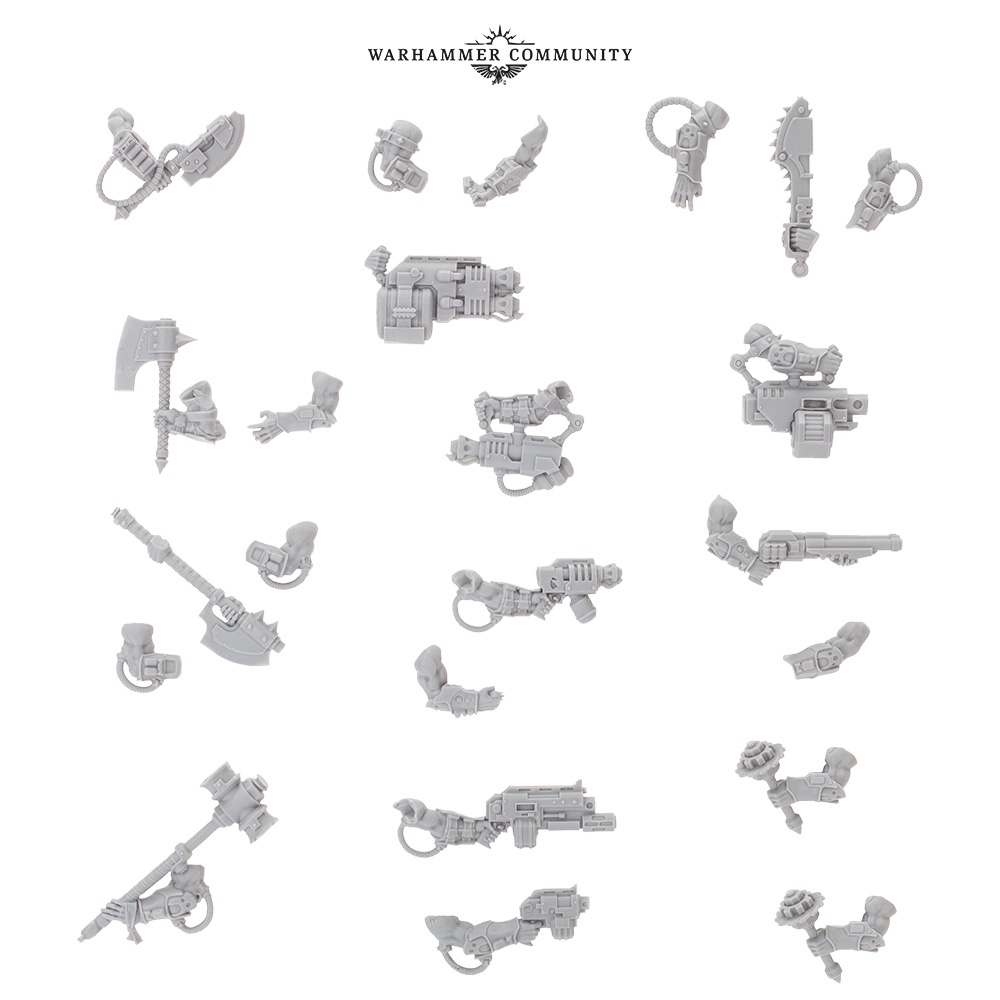 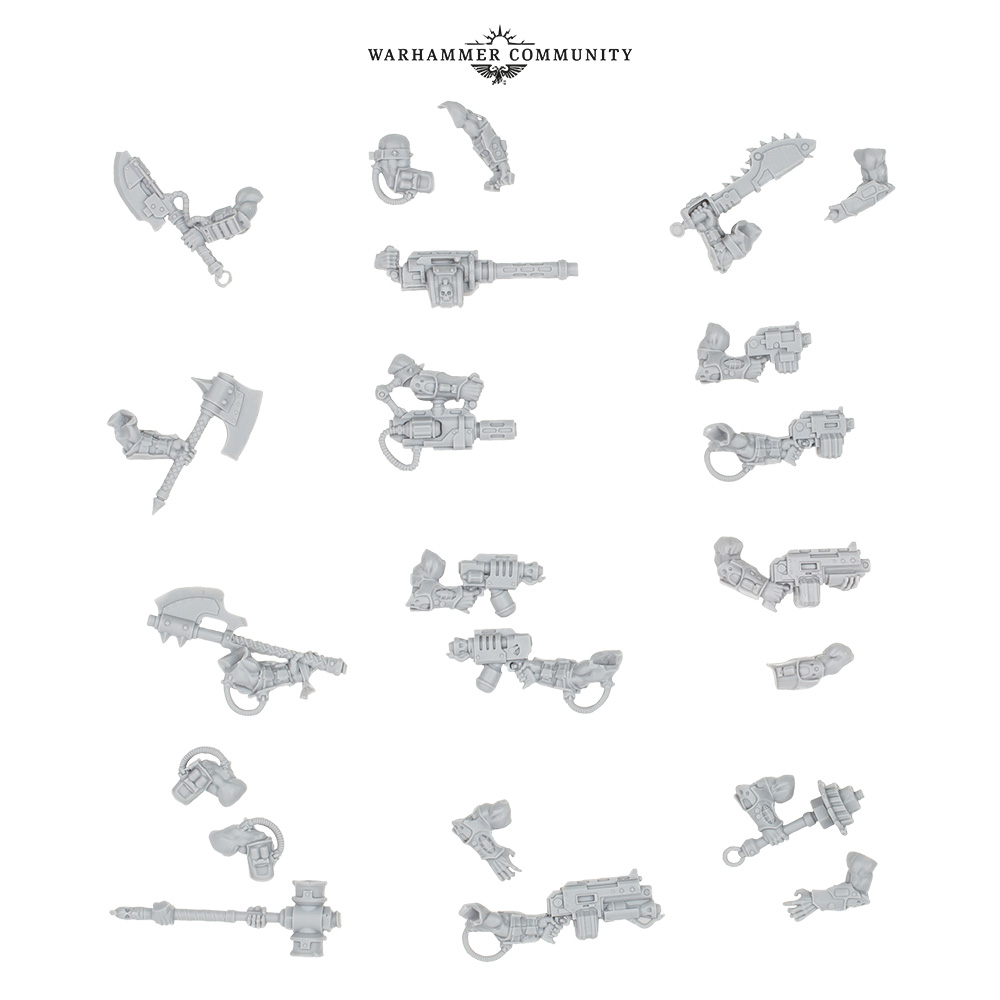 (can this go to News?)
(Yes, so spaketh Spafe)
Last edited by a moderator: Mar 27, 2018
Reactions: Space Truckin, ThreeDice, FerociousBeast and 1 other person

Liking how they are looking... shame I wont be doing goliaths for N17...
Reactions: Stoof

Esher get 3 packs and Goliath get 2?

3 hand flamers and 3 bolt pistols. They're really taking the piss now. Not a single Autopistol or additional stub gun among them. Added to the 2 stubguns in the basic box you still don't have much by way of basic pistols.

Escher got a total of about 20 pistols in their packs.
Reactions: Chivers7, Kelendor and ThreeDice
H

The preview says three packs will be available. I guess they want to keep the third pack a surprise.

Want a super rare and complex combi Bolter-Melta? No problem buddy! Want a laspistol? Nah, none of those in stock mate. How about a grenade launcher? Loads in the back, basically giving 'em away!
Reactions: sumpthing, Scavvierising, Sethmerlin666 and 7 others
J

I am ok (ish) with that mainly because no las-weapons on NCE House Weapons List. Would still have been nice to have a single one of each basic weapon for each gang.

On the upside I am happy to see boltguns and shotguns, also Heavy Flamer and Heavy Bolter look cool. Chainsword looks nice and a cool nod to the LRB era metal one.

Heavy Stubber looks puny and a bit awkward though.
Reactions: maxwellrpower, Chivers7, Kelendor and 3 others

I like the designs (that power axe...) but agree I expected some more basic items.
Goliath probably needs more basic weapons like autogun or pistols before combibolters.

At least you can have bolters before combibolters... Escher I think they cannot.

Also like the pack having empty hands. And if you use both empty open hands from pack 2 and masked head you have a Mexican wrestler I will totally build...
Reactions: sumpthing, Scavvierising, Chivers7 and 6 others

Bolters, finally! Well, kind of. One bolter, and two combi-bolters... Oh well, better than nothing.

Stoof said:
And not a single las weapon for them.
Click to expand...

We really need some holsters, though, to represent whatever sidearm you want.
Reactions: Chivers7, Kelendor, Deleted member 9968 and 2 others
D

Disappointed that we don't get more knives and stub guns instead of all these open hands.
Reactions: Kelendor, Stoof and Tiny

I like having the option of empty hands. I wanted to build one of my Goliaths with just the combat shotgun, but since it's a one hand pose, I had to do something with the other arm, so I gave him a frag grenade. Made him more expensive than I wanted him to be. (Although "Curly Joe" has done a lot of damage with that frag grenade in the games I've played...)
Reactions: Space Truckin, Tiny and spafe

Just snip away the grenade with your hobby knife. These are called weapon packs, so I want weapons.
Reactions: Redemption_Crusader and Space Truckin

There do appear to be a few of those included as well!
Reactions: SumpRat, Still-young and Deleted member 9968

I do like that the Goliath with cigar is rocking the heavy flamer.

"Need a light there Orlock?"

An odd selection to say the least.

No other hand options for the stub gun or combat shotgun, no autoguns or autopistols, but lots of bolt pistols and hand flamers (what's with the hand flamer obsession in these packs?). Oh and one shotgun.

The pose for the heavy flamer and stubber look a bit odd to me. And I don't like that all the underarm harness weapons have the exact same pose.

A decent selection of close combat weapons though, I like the chainsword and the power axes, but no more spud jackers or cleavers.

The overall choice of weapons is also quite odd (even odder than the Escher ones). Presumably these will all be added to the Goliath House Weapon List so that means they'll be able to start with Heavy Bolters and heavy Flamers, which is going to give the Goliaths a significant advantage firepower wise, not really what I was expecting for the brutal close quarters gang. I also thought (from one of the twitch streams) that these things were going to be rare and that you'd need a decent amount of rep before you'd be able to purchase them.

It also feels like they've got less stuff in them than the Escher packs.

Not sure which one I'll get yet, possibly pack two for the bolters and pistols. But I like heavy bolter design so...
Reactions: Chivers7, Kelendor, ThreeDice and 2 others

el_ojo_y_la_sombra said:
Also like the pack having empty hands. And if you use both empty open hands from pack 2 and masked head you have a Mexican wrestler I will totally build...
Click to expand...

Been thinking about this more, and I would totally love to build one of the charging guys with two empty hands reaching out in front of him... maybe a gun or axe slung across his back, but right now he just really wants to grab someone and tear them apart barehanded! That would be awesome and hilarious at the same time. Looking at the bits it would probably require some slicing and dicing to put the hands on different arms, but I'm used to that!
Reactions: Konn75, SumpRat, spafe and 1 other person
J

Thinking when combined with plastics have plenty of options. Looks great. Goliath are basically pale orks so lots of big loud guns make sense!
Reactions: sumpthing and maxwellrpower
Show hidden low quality content
You must log in or register to reply here.

Necromunda On the Direction of Necromunda