Huzzah! My wife and I somehow just scored [inexpensively even!] a copy of Gretchinz! Even all the way over here in Canada, far, far away from its place of publication! 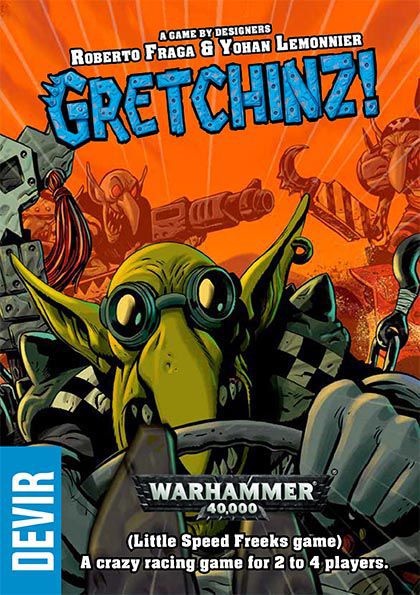 First look? It is cute as blazes, and looks a fun romp. A good beer-and-pretzels game.
Reactions: Space Truckin

Cool! Was that a US only release like the mini-BloodBowl?

Devir are a Brazilian company, but despite the geography, it was seemingly impossible to get in Canada. We, on the other hand, managed to get it for a tenner.

An image of the game in play. Cute, fast, ridiculous. 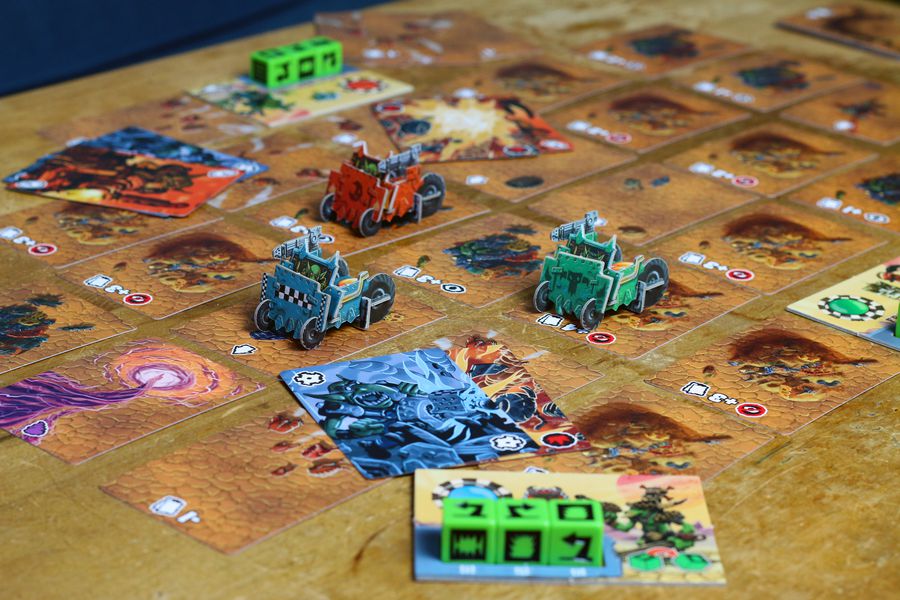 So, we did manage [as mentioned] to pick up a copy of this game, and have now played it a couple of times now, with three players and with four. The game itself is sort of built to accommodate up to eight, but needs a second box to supply four extra trukks, and four extra dice plates and four extra sets of dice.

Or... build some mini trukks out of spare bits, print out the plates, and use sticker paper to make more sets of dice.

So I think we'll go the second route.

Edit: And a review? Giggling fun. A good "beer and pretzels" filler. The game is quick, and ridiculous. Everything is random enough thanks to dice and cards, that no one minds not dominating the board [and things tend to average out to close games despite, we have found], and knowing everyone's cards but your own has led to some solid hilarity, as has the "choosing to end dice rolling early just to keep anyone else from having a good roll too." Funny, and fun. Will replay.
Reactions: MedMos
Show hidden low quality content
You must log in or register to reply here.
Share:
Link
Top Bottom