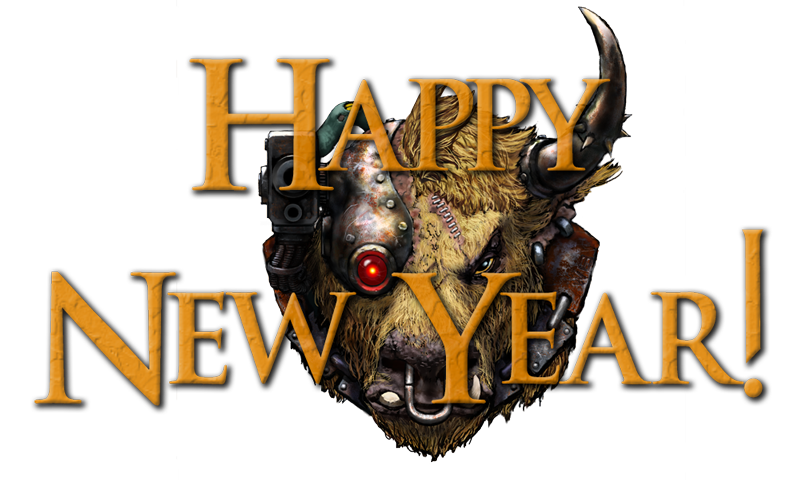 From myself and the staff here at YakTribe, hope you all have a great 2016 full of wargaming and fun. It should be an exciting year not just for our hobby but maybe our beloved games as well with potential attention to some Specialist Games by GW coming. We can hopefully catch some great kickstarters for models and games as well in the coming year.

For YakTribe itself, I want you to know that I'll be dedicating a lot more time to get the beta tools finished for Mordheim and GorkaMorka as well as some updates to the Necromunda tools, taking some features from the new tools and incorporating them. Mordheim tools have just been officially released in a basic state and GorkaMorka should see the basic release this weekend, then additional work over the next few months bringing new concept battle and post-battle systems to those tools.

The previous year has been tough for me personally as the company I worked for was acquired and I spent half a year performing the technical parts of that merger and the next half supporting a release of a major new website as well as starting a new intranet project for them. Now that things have settled in that regard I'm able to get back to the long delayed updates to Yak as well as another project I'm working on related to Yak. More on that once it's closer to testing.

May the days and months for the next tick of your chronograph go more smoothly, @Malo. Thank you again for creating and maintaining this website, it is a wonderful resource and community.
Reactions: TakUnderhand, The Castle, ClockworkOrange and 1 other person

I just joined this community but I have to say it's been pretty good.
A lot of great help from the members and an easy to navigate forum.
I will start playing Necromunda for the first time this year after years of Fantasy, 40K and Mordheim.
Can't wait to get started!

Awesome sauce Malo! Happy new year to you and all my fellow yaktribesmen.