You are using an out of date browser. It may not display this or other websites correctly.
You should upgrade or use an alternative browser.
F

I was toying with the idea of giving them Custodes heads armed mostly with polearm/blunderbuss'(looks vaguely similair to Custodes Guardian spears) thus creating the "Rustodes", being practically polar opposites to the warriors they are attempting to mimic.

As much as I love that idea, getting enough Custodes heads is proving to be pretty expensive and I suspect they may be comically oversized on a non Custodes, non armored model so i'm hesitant to go that route as is stands. Has anyone actually seen Custodes heads used effectively on non Custodes models?

I'd love if i could find vaguely Custodes looking helmets that I know would fit their models although if anyone has alternative suggestions I may settle for hoods/masks/helmets that look decent on them.

Any suggestions or advise would be appreciated.
Reactions: Space Truckin

your name doesn’t give your location, so if you live in the UK you might have to try a different company....
Reactions: Fitzy1315

Hi and welcome along to the forums! You may want to ask a mod to shift this topic to the minis and terrain section, as it'll likely get seen by more modellers there.

Having a look at comparison images, a custodes helm looks to be wider than a primaris one and pretty close to the mk7 marine helmet. While I haven't tried putting a marine helm on a Cawdor body, I can't see it fitting inside the collar of a ganger's mantle - at best you'd have to cut away the raised collars but you're liable to have a bobble-head situation going on, however much work you put in.

Before there were custodes models, I recall a converted marine force shown in white dwarf that used high elves heads for the tall helms, with plumes added in greenstuff where necessary. Most of that range is OOP now but GW do still sell the phoenix guard and shadow warrior models, so you may be able to get those heads at something like a reasonable price. Being elves they are more narrow and more likely to fit Cawdor bodies, though I can't guarantee it. Eternal Guard (elves again) could be another possibility - it's a kit that builds two units (I forget the other name), one with tall helms and the other with hoods, so odds are high that there will be spares for sale.

Sticking with fantasy, you could also try the bleakswords/darkshards/dreadspears kit - it's an old dark elf sprue that also has pointed helms. The problem is that most heads are now part of the body, but the previous version of them had separate helms and might come up on ebay labelled as the newer kits or as "dark elf warriors/crossbows".

You might also try looking for the first generation dark eldar warriors on ebay or similar; I'm sure I've seen those used for custodes kitbashes a decade or so ago. They are very different to the current drukhari range and I think slender enough to fit a Cawdor collar.

Or as Puntaku points out, third party manufacturers might well do something that is exactly what you're after.
Reactions: Fitzy1315

I'd say you're probably better off going third-party instead of trying to acquire GW pieces from a price and ease of acquisition perspective.

Within the EU, you've got a good selection that I'm aware of:

https://tabletop-art.de do "traditional" pointy cultist heads, in three sets.
https://puppetswar.eu also do a range of cultist heads, both pointy and hooded.

There's doubtless others that I'm not aware of.

In the UK https://www.anvilindustry.co.uk do generic hooded cultist heads, male and female, with gas mask and half mask options.

Mad Robot Miniatures have already been mentioned for the US, and I don't know many other US-based third party bits suppliers.

You can also look at the dedicated GW bits resellers, but I guess you've already looked at those.

To specifically cover "Custodes-like" heads, when you consider they're in some regards fancy space marines there's a lot of fancy options in third-party suppliers that include and go beyond some of the example companies already mentioned (spellcrow, scibor, kromlech etc), and MaxMini did some almost perfect heads for your needs, but their site seems to be "closed"/not working at the moment.
Reactions: Fitzy1315

I thought they'd been bought up by someone so could keep going, and reopened last October?

The shop talks about how the pandemic has messed with resin supply, so that might be a factor.
Reactions: Punktaku

Speak of the devil; MaxMini have managed to get through some backlog so the shop is back up.

I have used a storm cast eternal head on my Cawdor leader and they seem to fit ok if you wanted to go down that route. 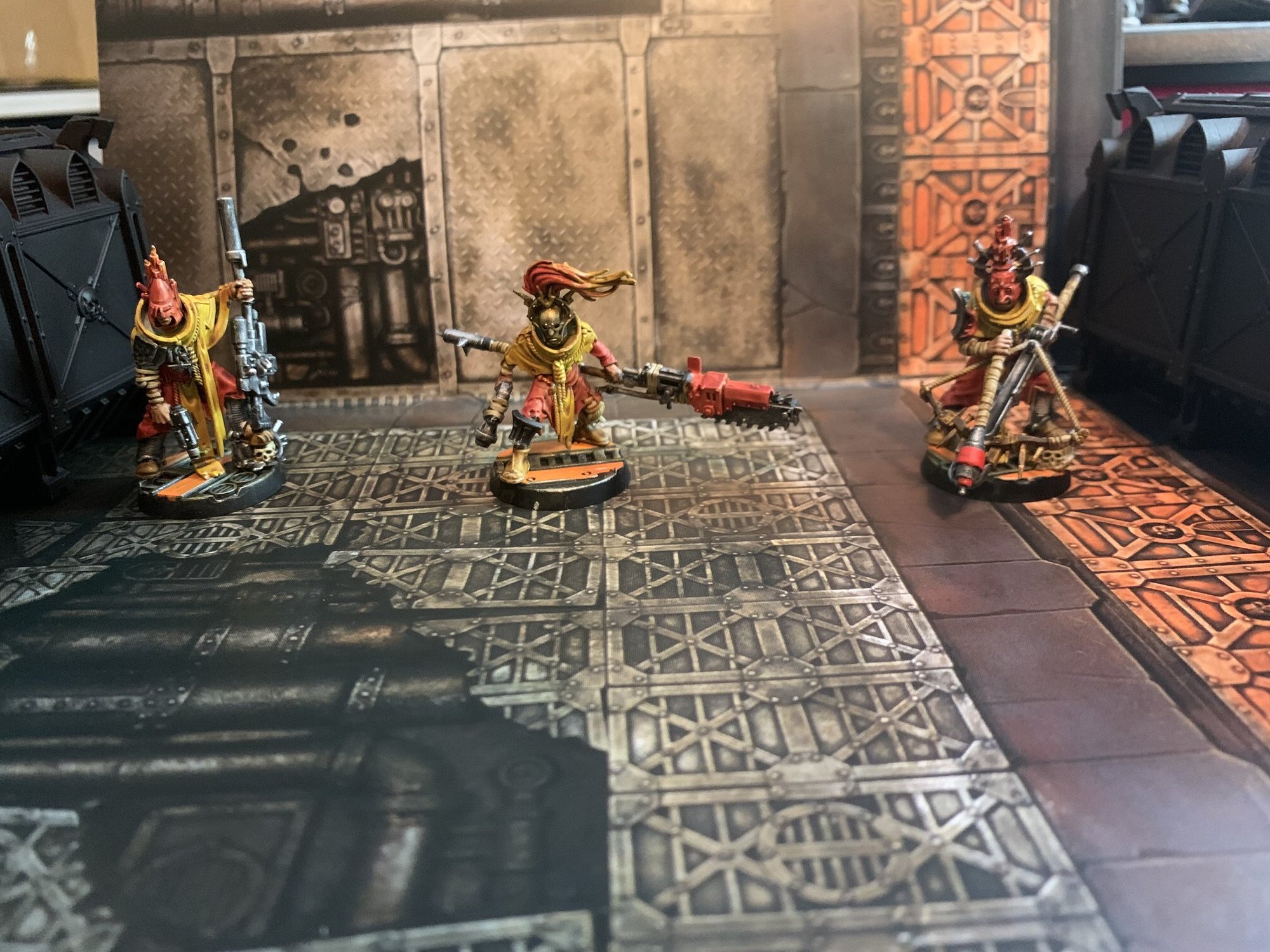 You could always buy a box of vanguard raptors if you want some storm cast helmets and some aether wings to use as sheen birds if you wanted.

Alternatively I think the some of the warcry war bands have some interesting heads of you want to spend the money on a whole box just for those parts.
Reactions: Fitzy1315 and Space Truckin
F

Hey everyone appreciate all the feedback, I probably should've checked that notifications were enabled as I had no idea there were so many responses on my post!

So I managed to find some resin Custodes heads for a somewhat reasonable price so i'll see if I can get away with those although I'm guessing they won't be a good fit for the gangers. If they don't pan out I think the the Steam Knights, Eternal guard or one of the other third party could potentially get me the look I was going for although i'd be willing to do away with the Custodes cosplayers if it proves to be to impractical.

Thanks again for all the great advice, I don't imagine i'll have anything to show anytime soon but once I've gotten my kill teams and palatine enforcers painted I may take a crack at the Cawdor gang and post here with my results.
Reactions: almic85, Space Truckin and Unslain
B

I've seen people use Frostgrave cultist heads, for the redemptionist look. They're not available separately (unless you get someone's leftover spares) but a sprue of figures is probably cheaper than heads alone would be from some sources.
Reactions: Fitzy1315
Show hidden low quality content
You must log in or register to reply here.
Share:
Share Link
Top Bottom