N17 In the sumps of Bartertown

Sobek here. Now that I have been empowered to start a project log including photos, I honestly don't know where to start. I got into this hobby of ours 15+ years ago with Warhammer Fantasy (6th Ed) and still have three large Armies (Vampire Counts, Warriors of Chaos and my beloved Beastmen, 3000+ pts each) and several large boxes worth of terrain (forests, wizard towers etc.). Then this one guy in my gaming group got hold of a copy of the Inquisitor rulebook, and while I had not really been interested in the grim-dark-future side of GWs product range all these years, this was tempting to just buy stuff I liked and convert it to other stuff I like, inspired by the vivid Inq28-scene I had been following on the interwebs.

About two years later (now), I have around 50 miniatures built and about half of it painted for Inq28 - why I stopped painting them? Well, something big came in the way in form of the N17 starter box. I never got to play Necromunda back in the 90s, but I remember all these hazard-striped blisters hanging on the walls and towering terrain collections. I got a copy of Shadow War:Armageddon back when it was only wishful thinking that Necromunda would eventually make a return, but put it aside quickly as it was not quite the game I was looking for. So I built dozens of miniatures to use in Inquisitor scenarios and with the release of the Sector Mechanicus terrain range I started building my own little hive, Bartertown, now with N17 out being the backdrop for Underhive Gang Wars. There actually is a little story to where the name comes from I shall share with you later. There will also be lots of terrain and the angry ladies of my Escher Gang, the Bartertown Banshees, for which I am curently working on a couple new members.

After all this blah blah, let's have at least one picture to start with, shall we? 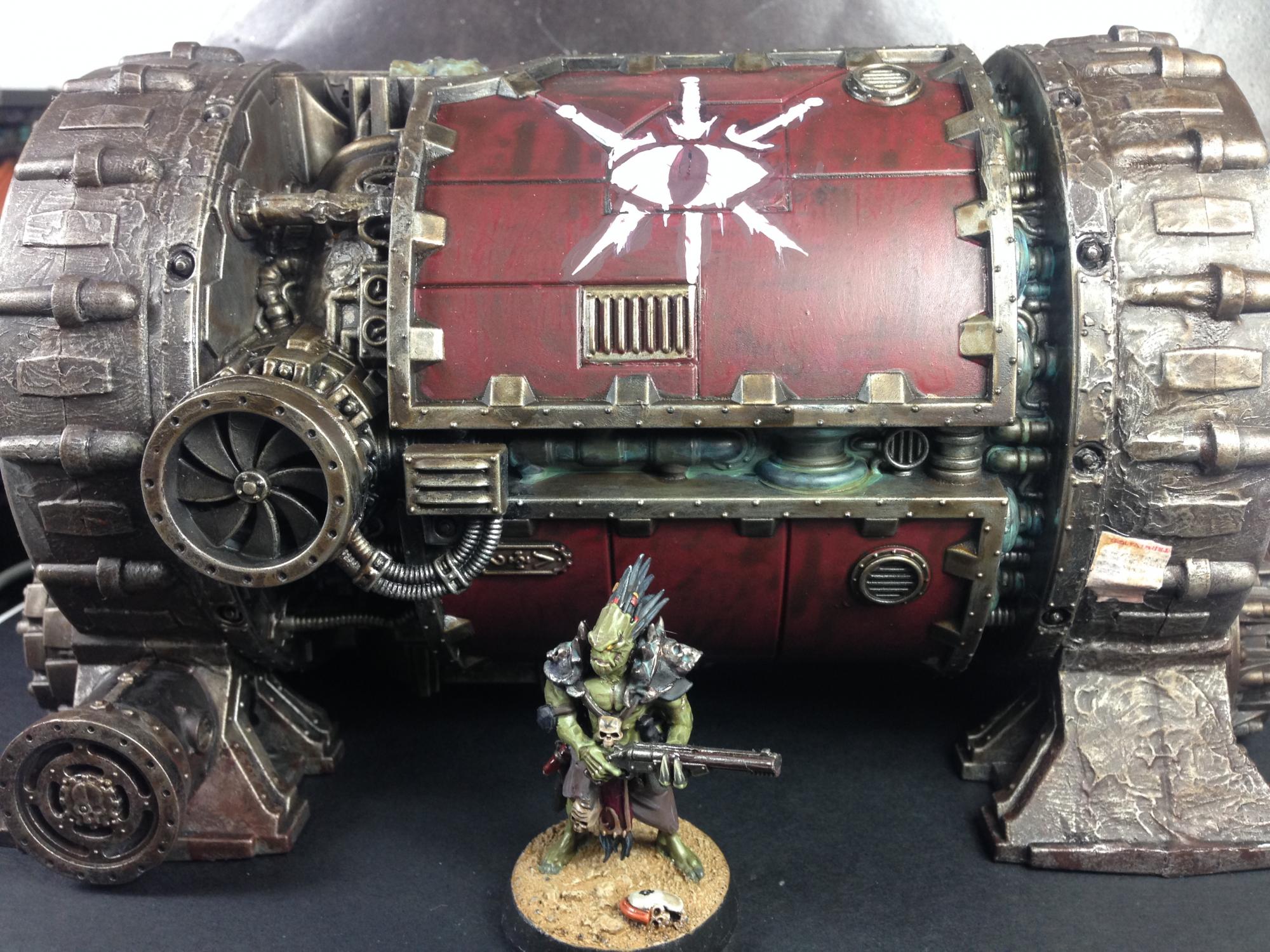 So here's one of my most recent pieces of terrain, the Generatorium, just claimed by the House of Escher, though I doubt it is still working. For scale, there is one of my favourite conversions I did for Inquisitor, a Kroot Mercenary who will eventually be part of a Venator Gang.
Reactions: KindKarver, trollmeat, Nuttowntau and 19 others

lovely looking model and terrain piece! is that freehand or a decal for the gang icon?

Nice, looking forward to what you have in store! There's also a whfb thread, if you want to show off any of your armies. I am a Vampire Counts player myself, since 6th.

I made a stencil (copy of a rulebook page, then some careful cutting with a sharp knife) for the basic shape and then tidying up freehand.

But did some "real" freehand graffiti on other pieces: 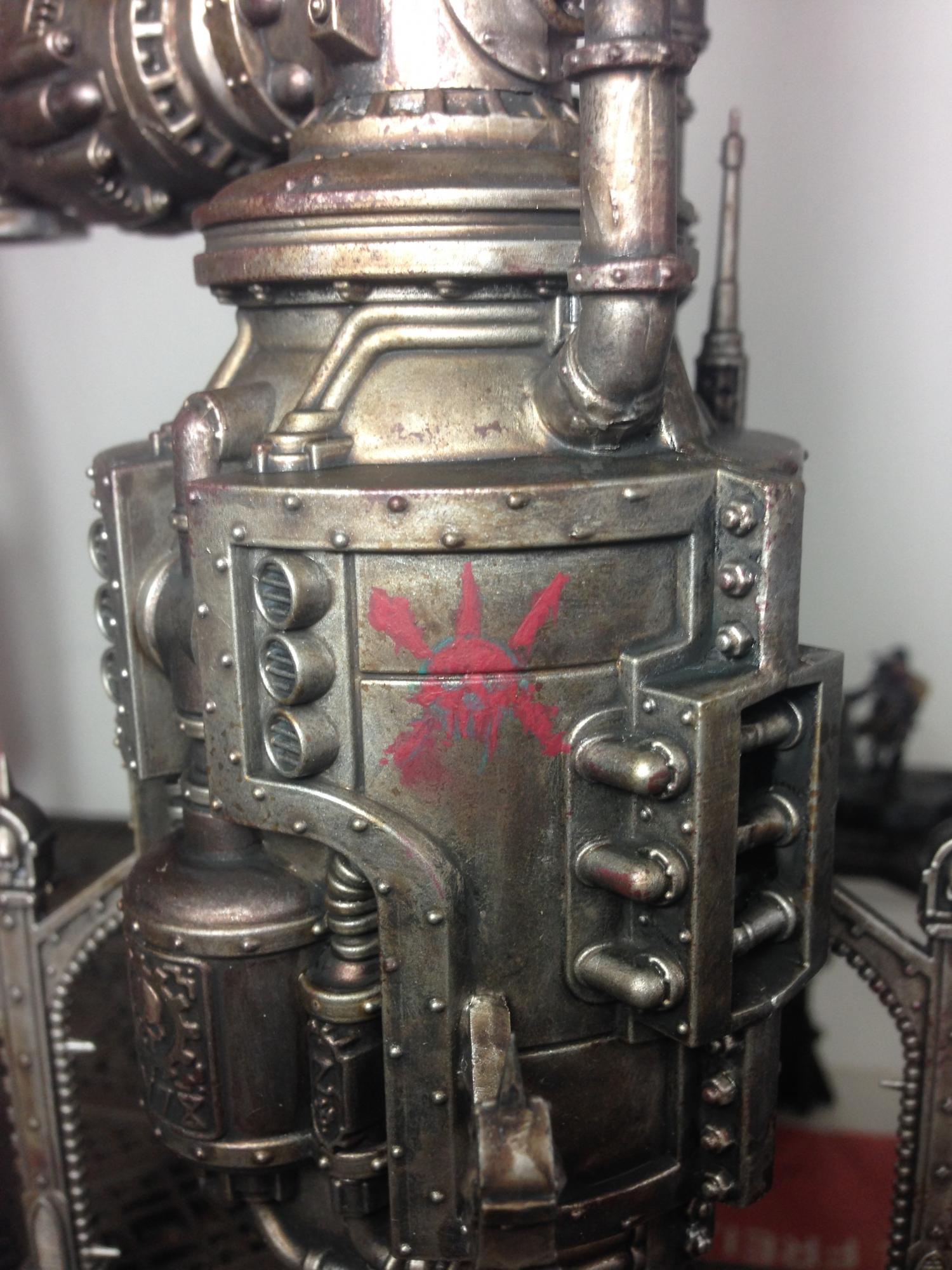 Rest assured my girls will not tolerate this for long... 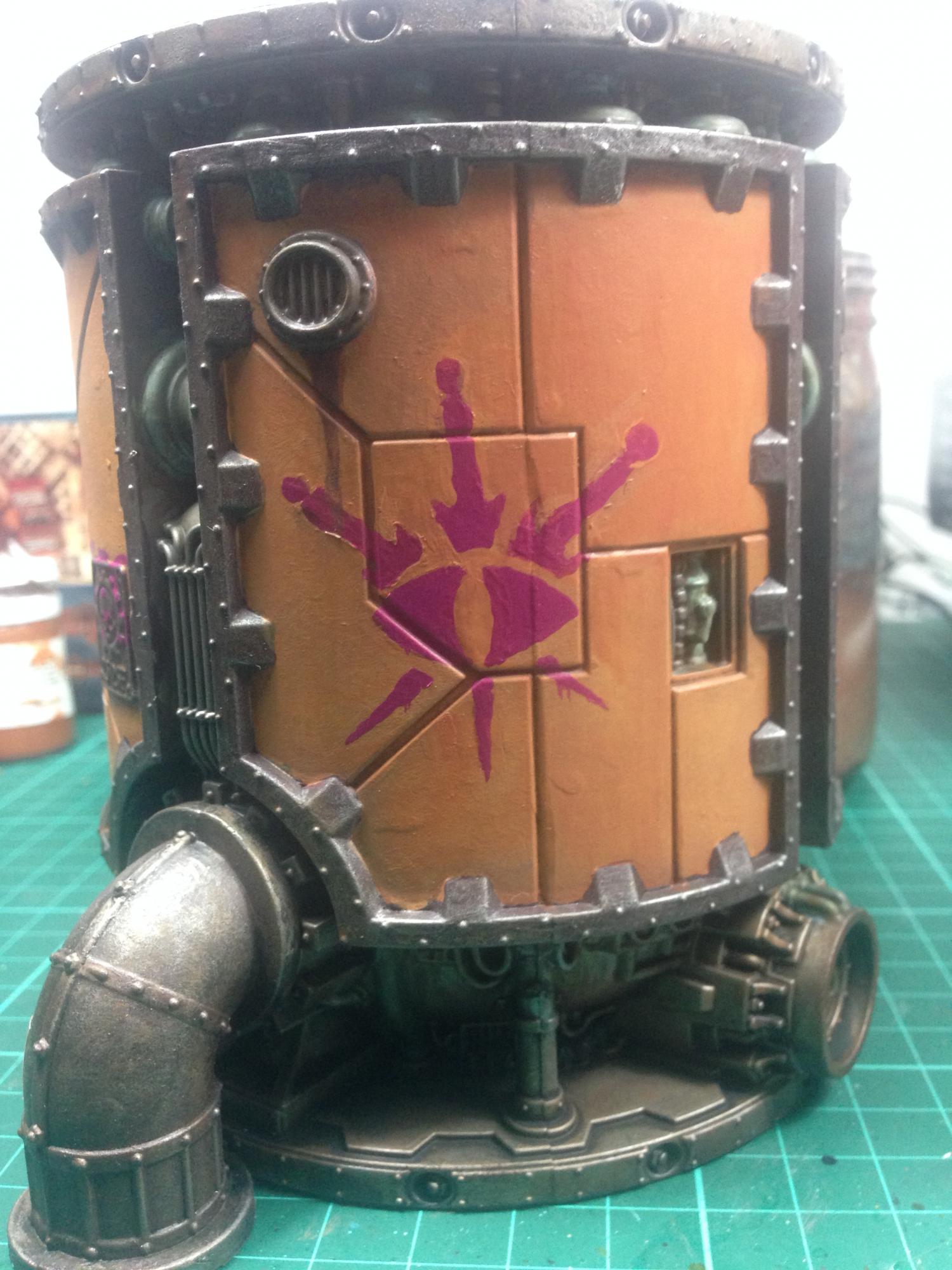 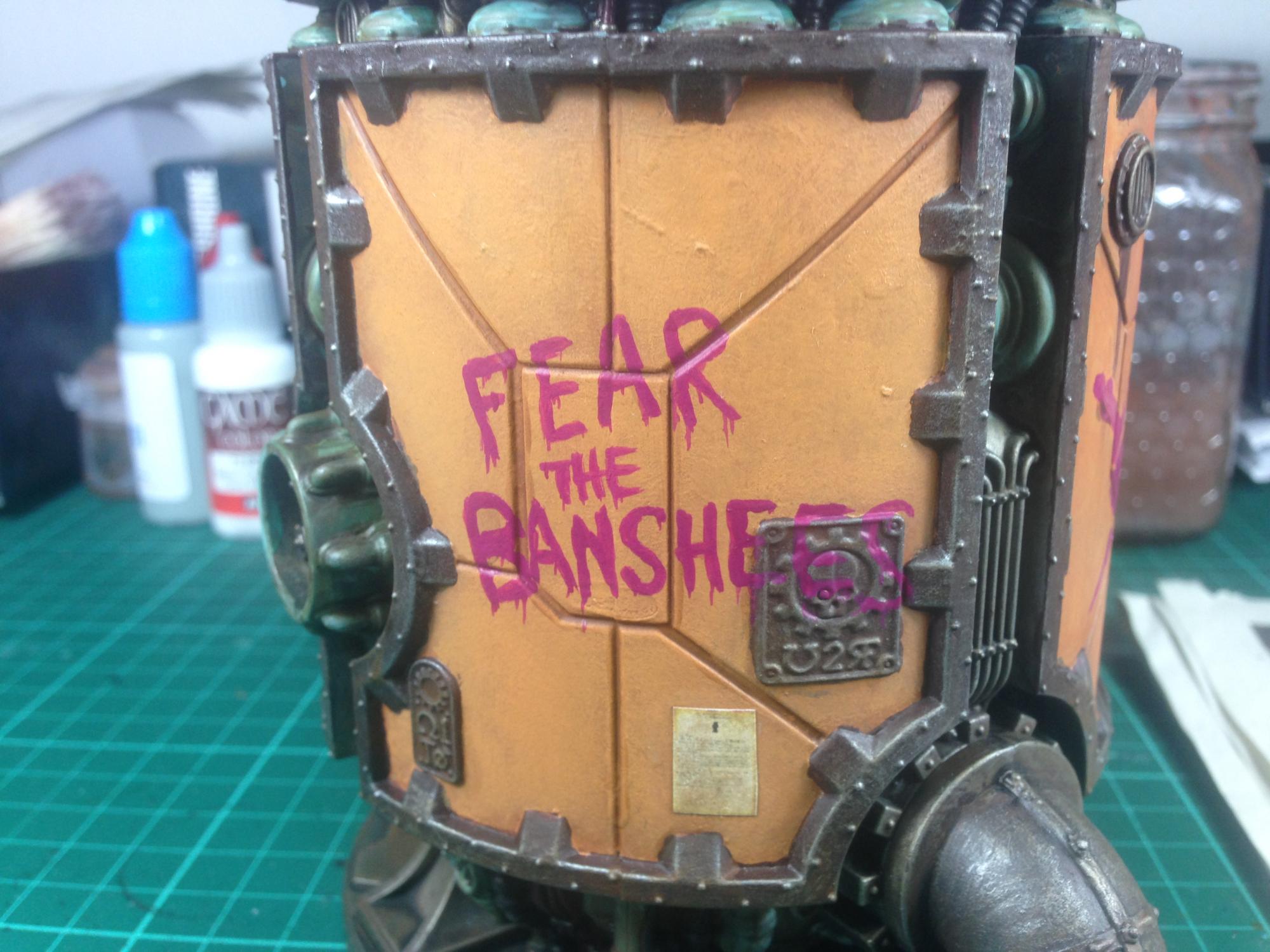 Speaking of which, below is a little preview. Picture was taken back in January I think. 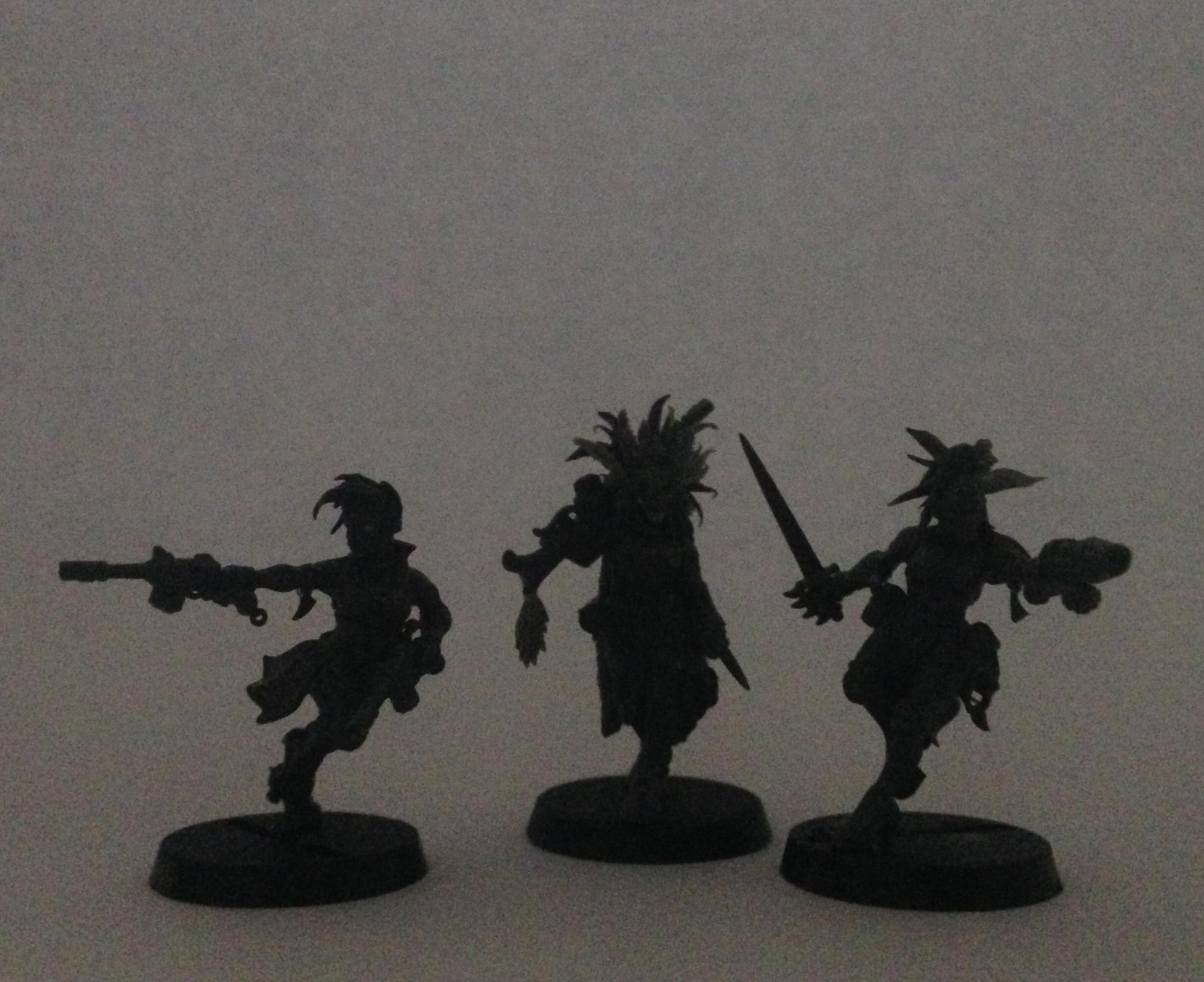 Will post a writeup on the creation of the Banshees soon, as I am currently working on three new gangers to (for now) finish my Escher Gang and move on to new projects (most likely House Orlock).

Stay tuned, this is only the beginning. Excited to share all this with the tribe to inspire and be inspired.
Reactions: trollmeat, Necroplayer, Loriel and 13 others

Welcome! Love the freehand! looking forward to seeing more. I called my Hive Hadley's Hope, but i often refer to Bartertown as a nearby hub! After all... 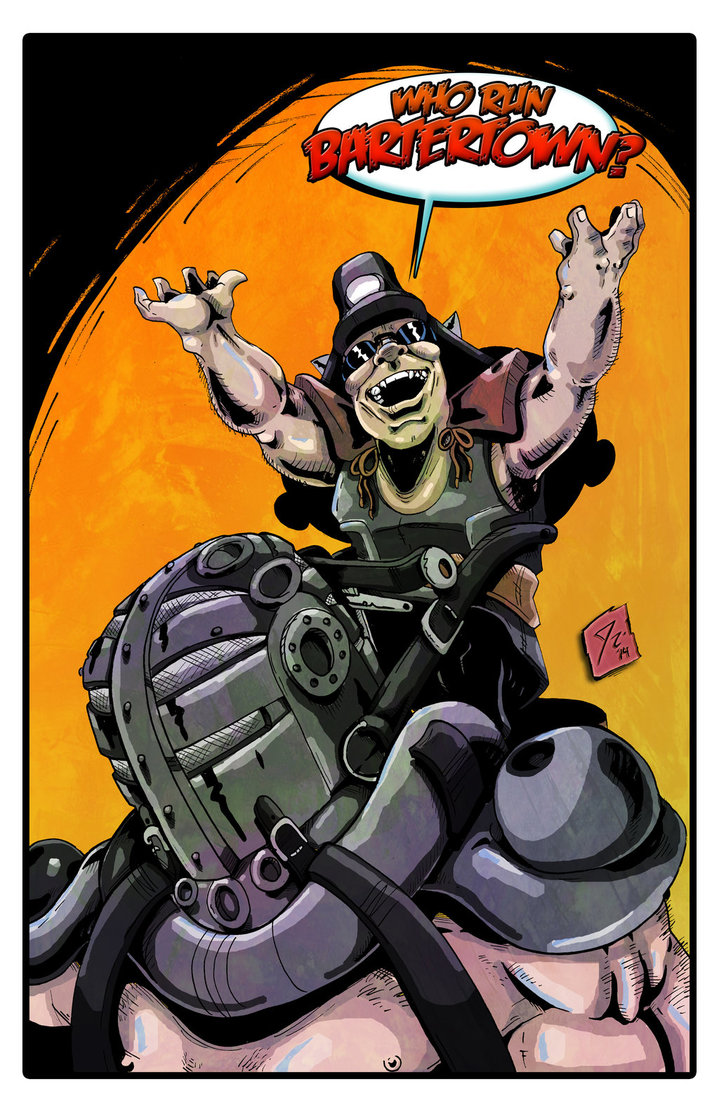 You could add a "Hive Guys" graffiti or franchise!
Reactions: trollmeat and Aulenback

@Kitcar Love the idea behind this Hive Guys thing going on. I actually did something similar, along with the mandatory rusty shanties: 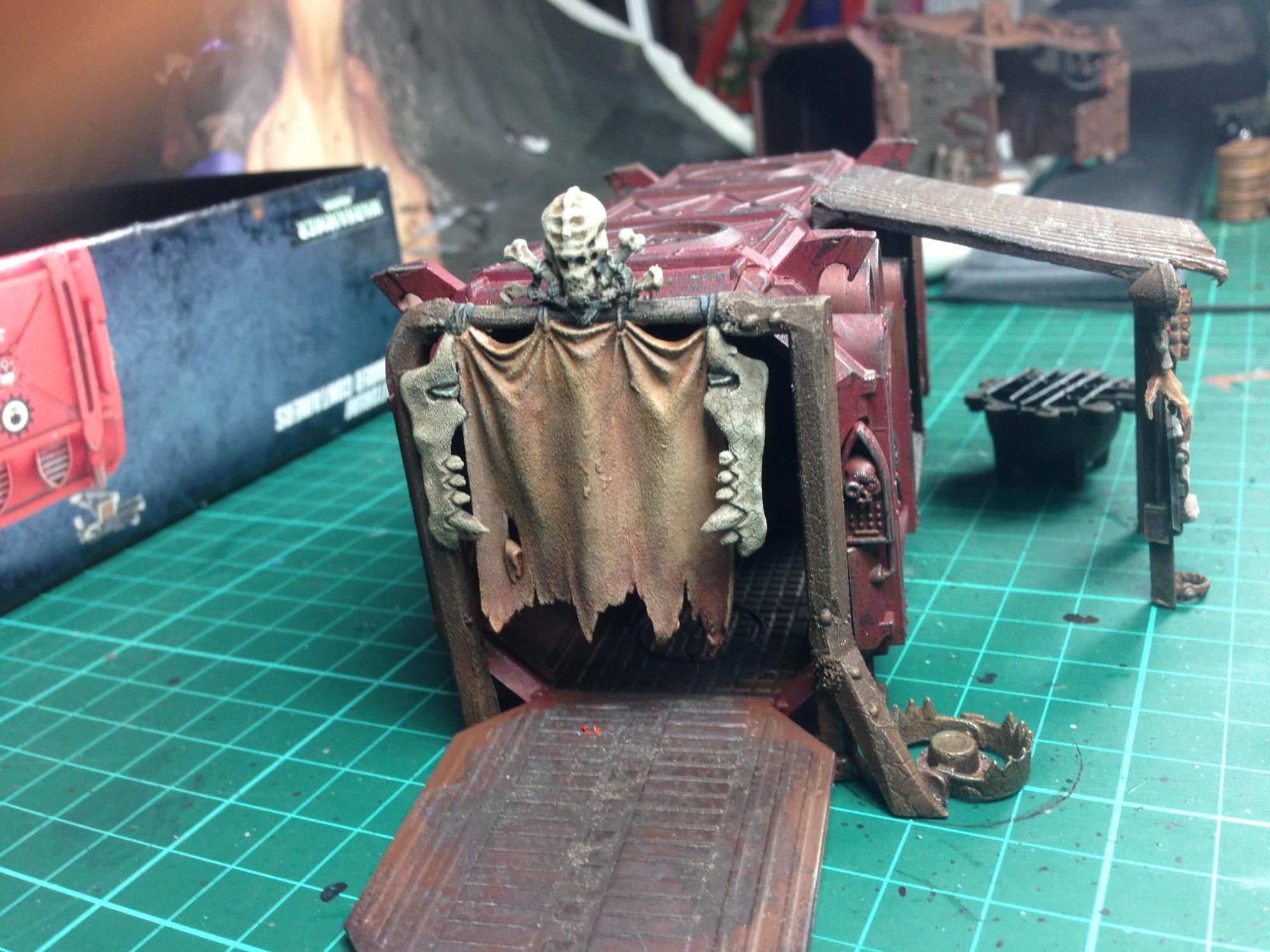 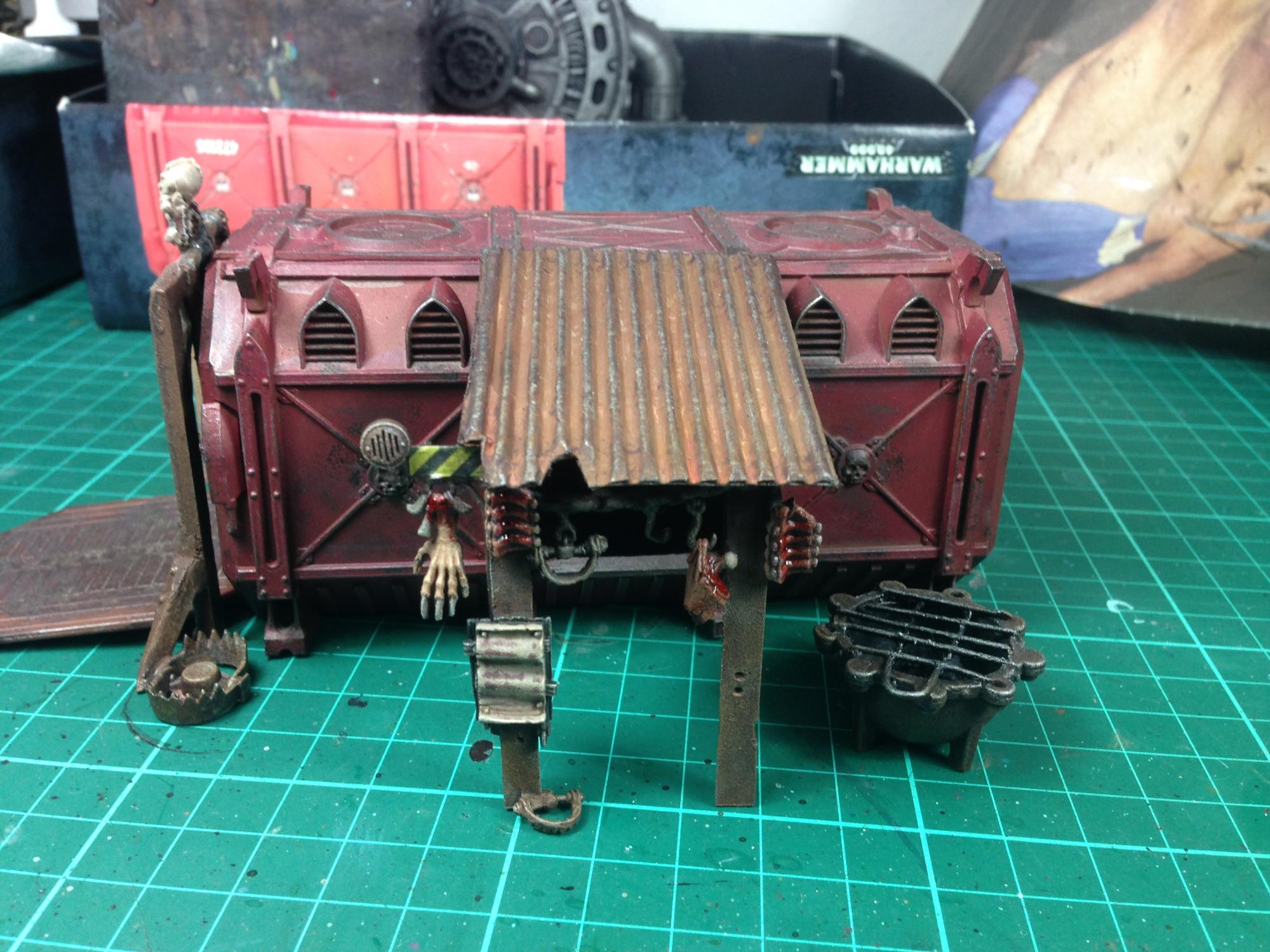 Still need to do the also mandatory Mutant Butcher Guy, but got distracted by all the other terrain and miniature stuff...

I guess when the Escher I referred to earlier are done, I might have to get out that terrain for one hell of a photo session.

Most things are permanently tucked away in boxes and cases as stowage is an issue here.

This is why I tend to loose track of all the terrain I have made within the last year or so (started building sector mechanicus stuff maybe 6 weeks before N17 release). But I found some crappy snapshot showing the part of Bartertown we fought skirmish battles for back in early August: 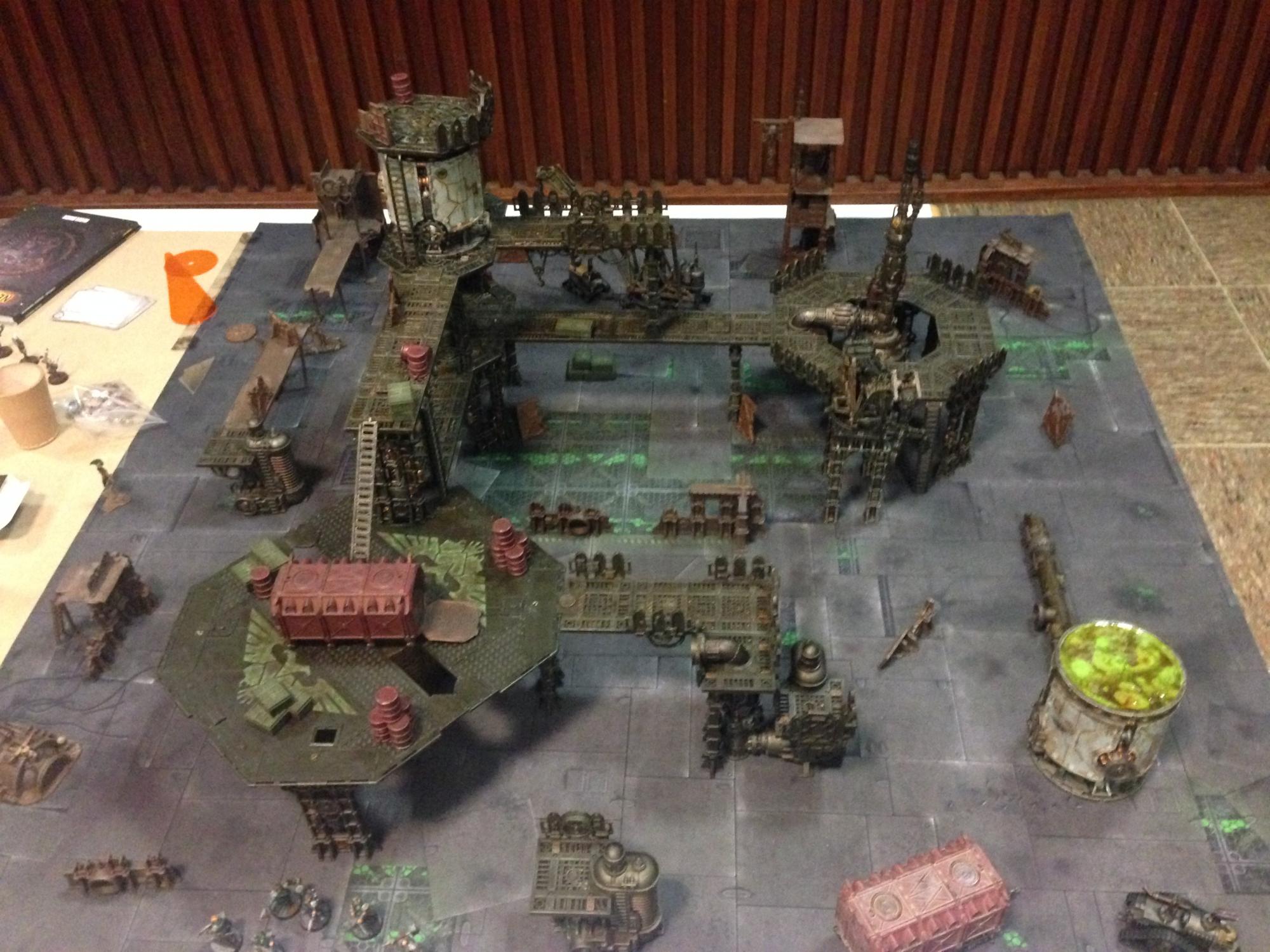 So instead of Hive Guys, you have Taco Hellhole, Escher Queen, SumpWay, or MacSlimies Green Arches?

..I misread that at first as 'Mutant Butler Guy', hmmmm..
Marvellous looking stuff matey, looking forward to seeing more of the fruits of your inspiration, this thread is already one to watch
That Kroot is a badarse mother-eater, cunning kitbashing work man

Thank you all for the kind words and the warm welcome here. I might not always directly react to every comment, but rest assured any feedback (be it positive or negative, the latter meaning constructive criticism) is greatly appreciated.

I've been following some of the projects here and kept coming back for inspiration, so I thought I owe the community something like this project log.

@Forward Assist Got some more of this. Intend to add posters and Graffiti here and there and take pics then.

@Gdolkin Yeah, he's probably one of my favourites from that Inq28 stuff I did. He was just a quick stand-in for scale (though he is quite tall, admittedly).

If you like that guy, wait for the girls!
Reactions: CaptainDangerous, Space Truckin, Forward Assist and 3 others

Just noticed the bear trap! Where did that come from?

Love all the details on this!
Reactions: Draconic

(It Came from the Sump?!?)
Reactions: Space Truckin

@Kitcar It's Banshees - getting harder to read at the end, but theres plenty of them, believe me. Will show you the first one once I manage to find those pics I had taken of her or eventually find her to take new ones.
Reactions: Space Truckin

Remember when I said I still need someone to work at that butcher shop?

I think I found him digging through my bitzbox earlier today: 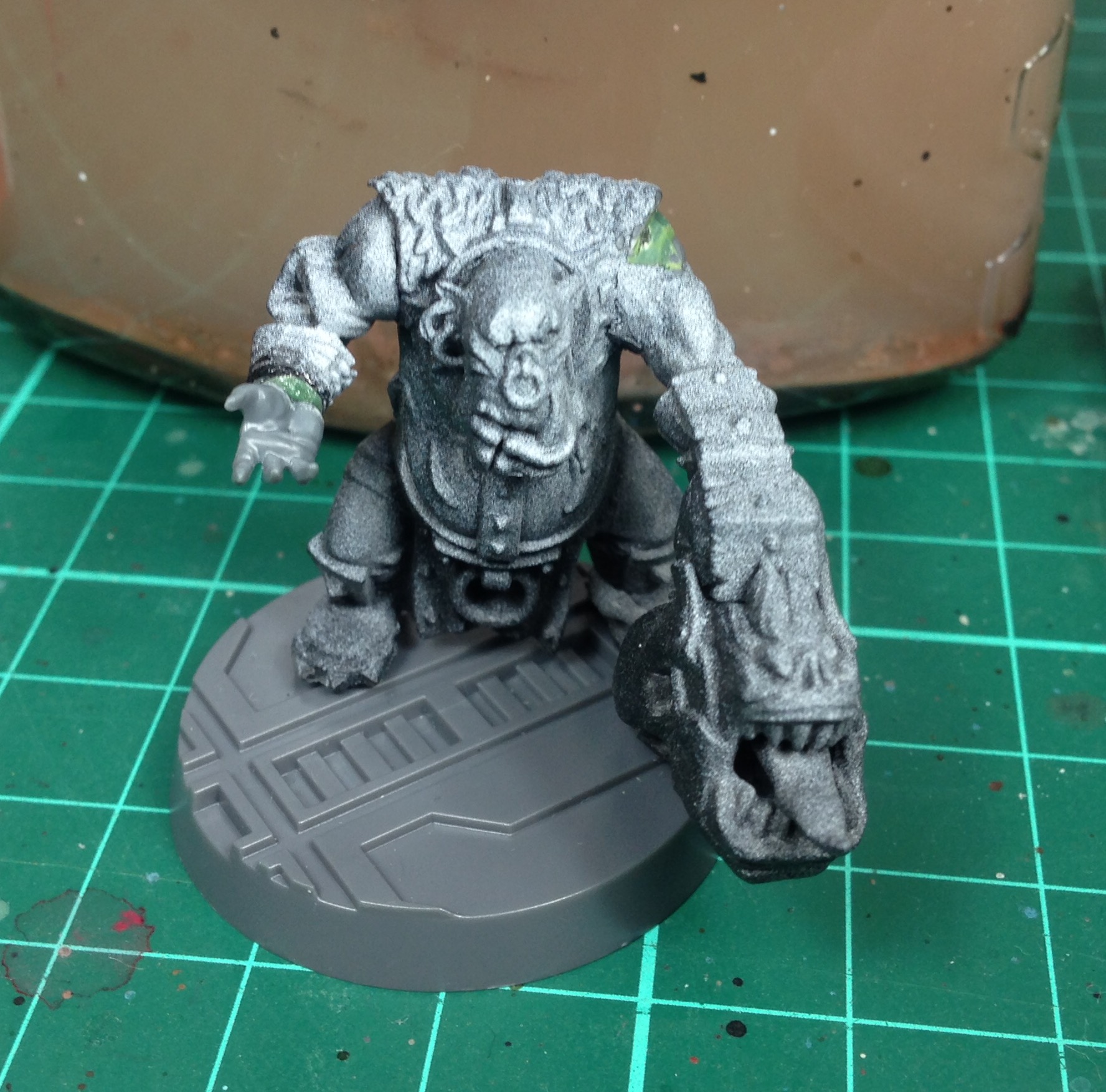 He looks like a capable salesman, what do you guys think?
Reactions: trollmeat, CaptainDangerous and Space Truckin

And now that I found out how to upload images, here's more angles of that generator, don't think it's working anymore though: 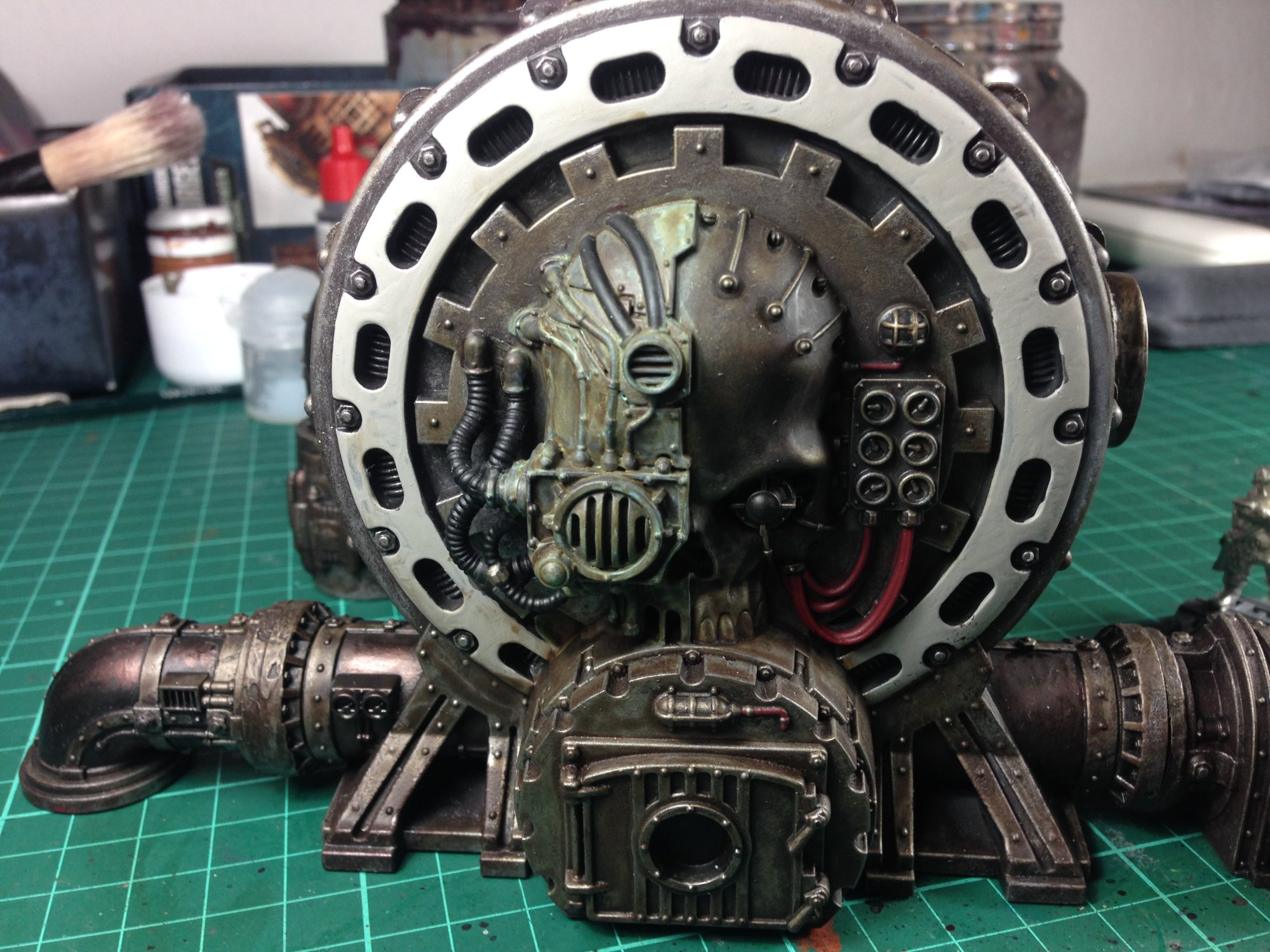 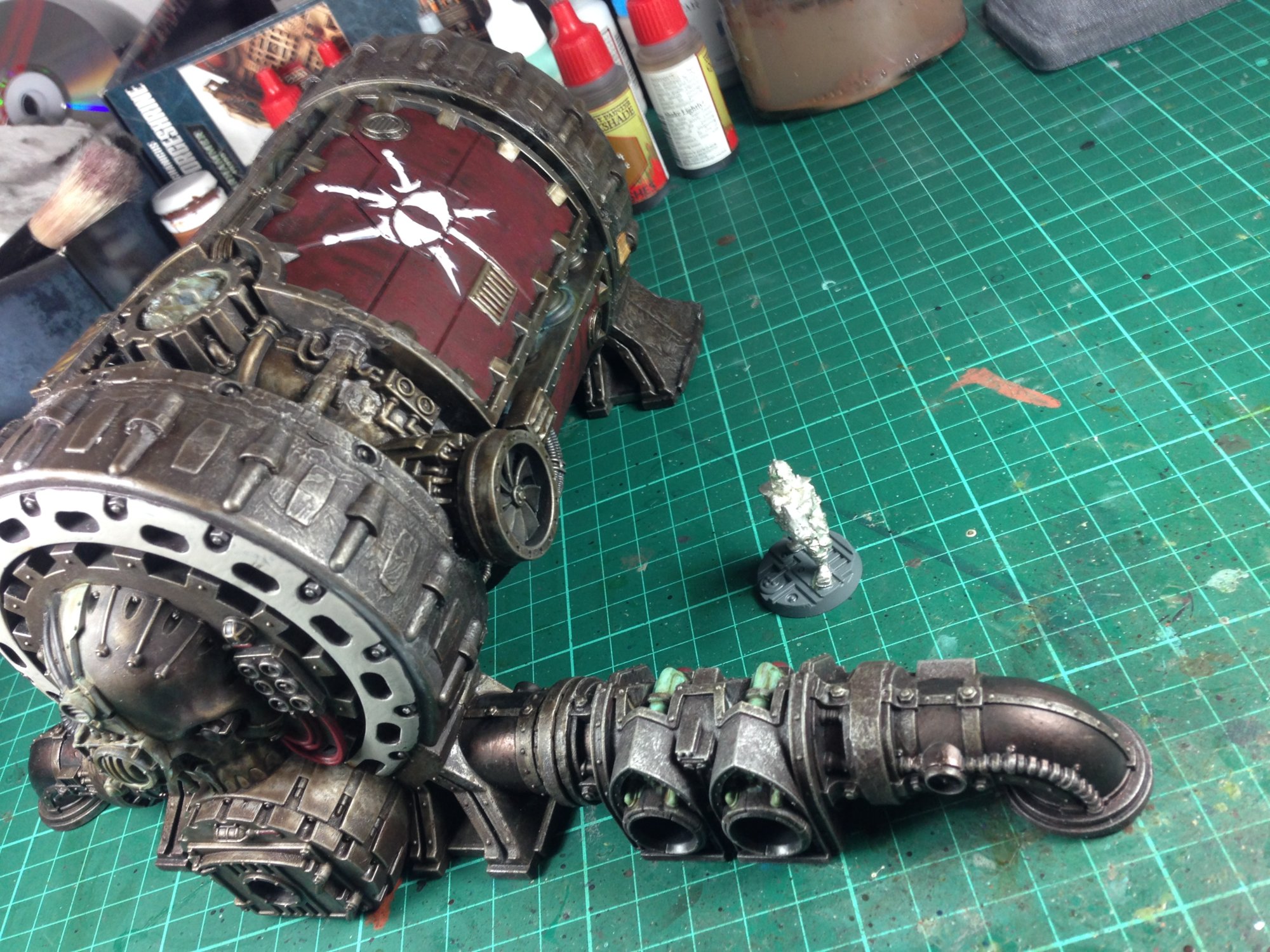 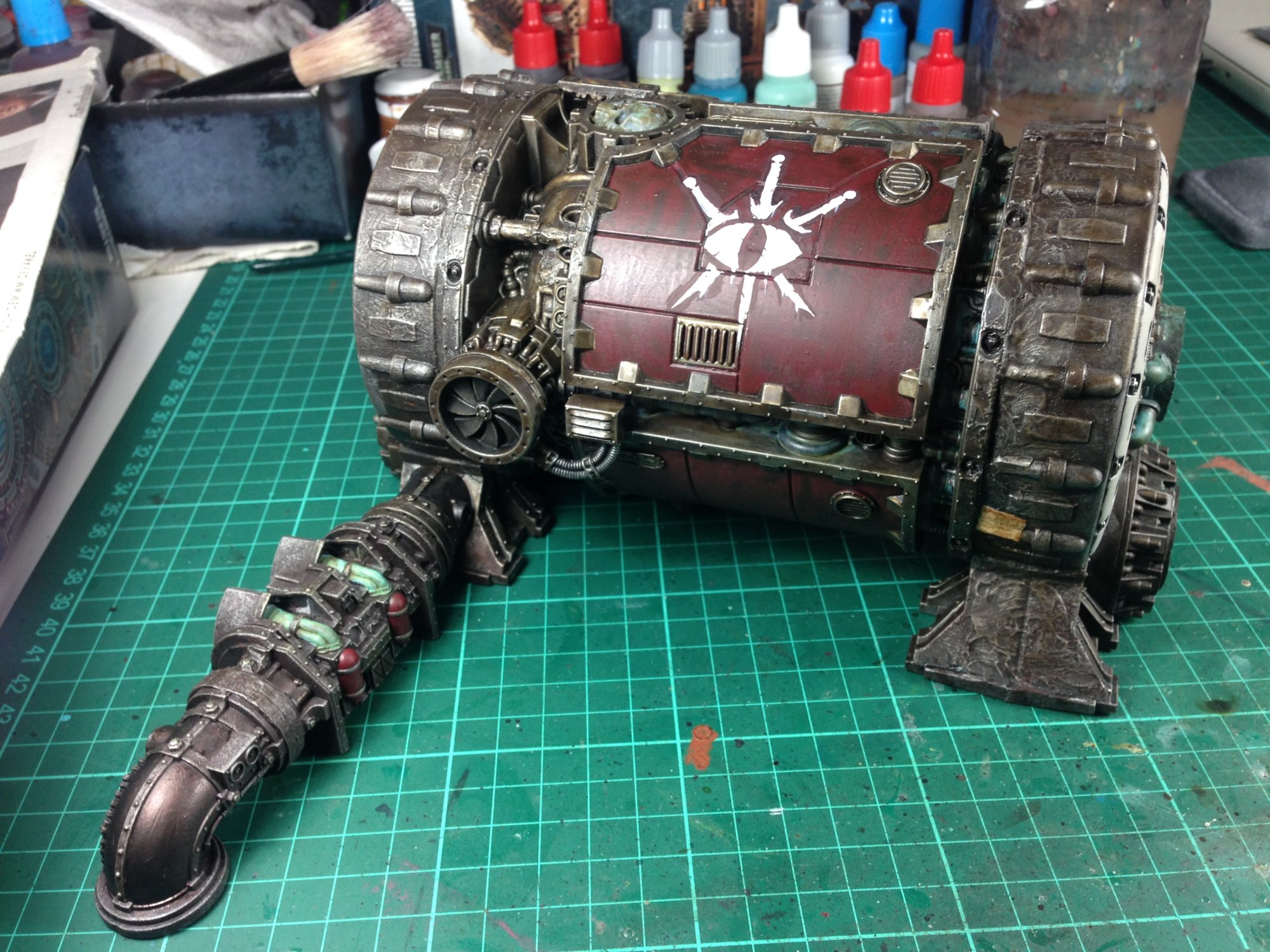 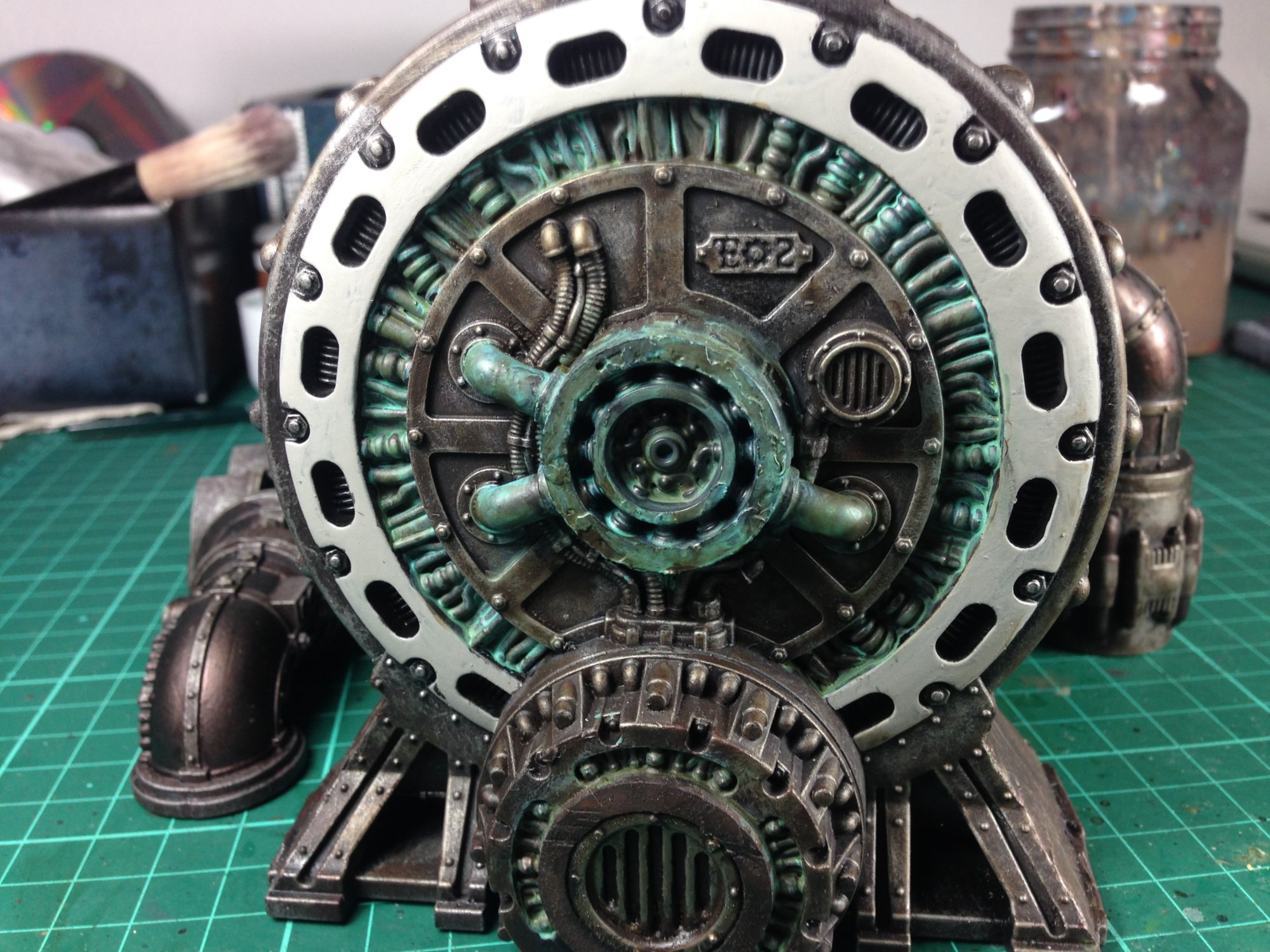 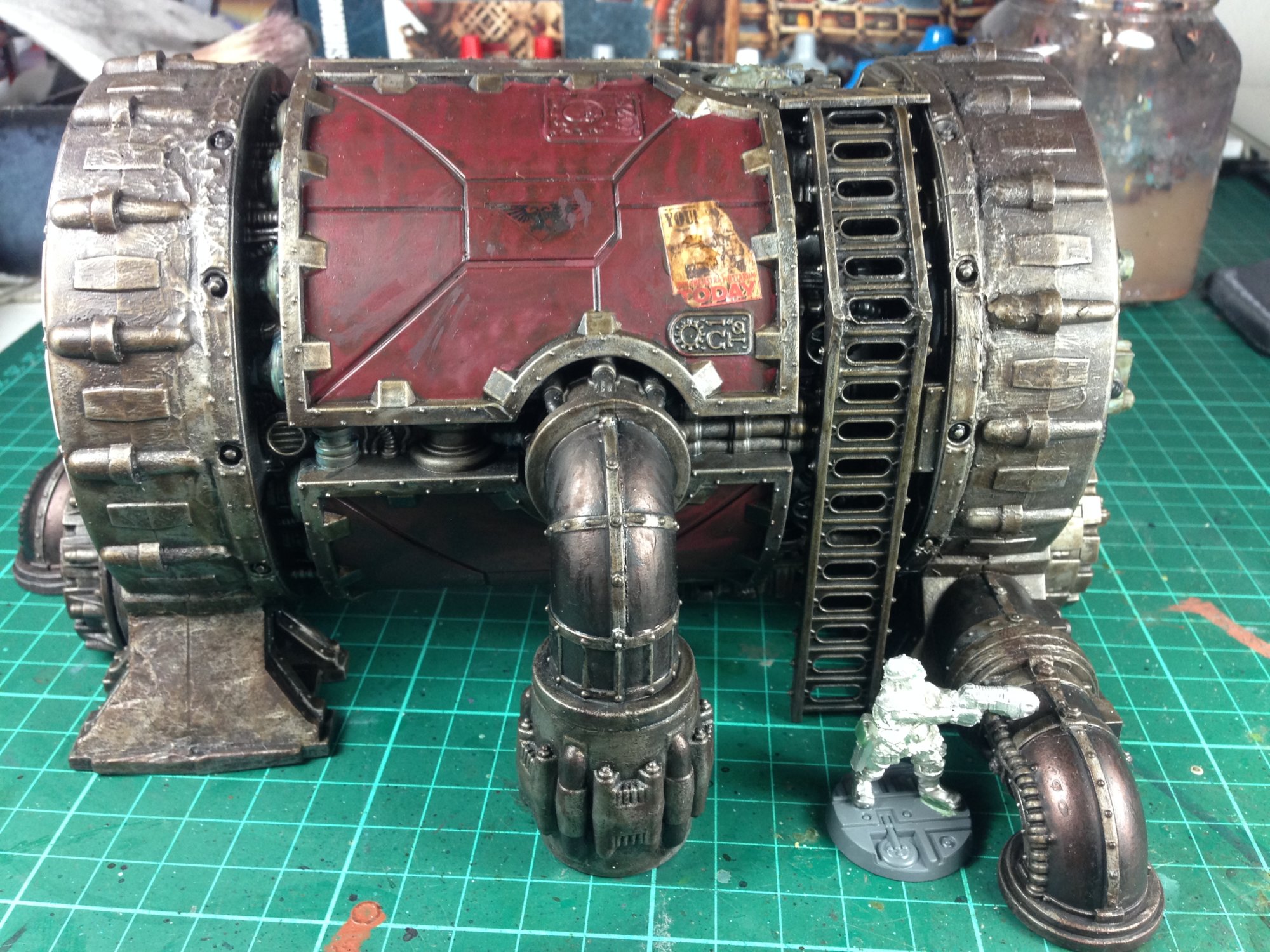 Duhhhu...Gee Tennessee! Look what I found!

That generator is an awesome terrain piece.
O