I have a buttload of cultists (like literally about 100) still on sprew from various trades when i was building slaves for my IW heresy army. Need to invest in some contrast and get some colour on those grey dudes. Also got the BSF expansion so have a few of those.


I'm toying between 3 different options depending on the final setting/scenario: Eisenhorn and Cherubael, an admech team, or Rogue trader.
A

Dammit!!!! And i just bought a bunch of stuff to make even more models so I'm not narrowing my choices whatsoever!
Reactions: Fantasticaldave and Punktaku
A

prewarsalad said:
I was hoping we could shoulder the burden together. Otherwise this will be a very long time in the future.
Click to expand...

I can bring plenty of necromunda scatter terrain, plus some 40k generic bits like plasma conduits etc.
Happy to have a crack at building a focal point or two; just let me know what to make
Reactions: prewarsalad

I can provide a table worth of a Necromunda style industrial setup (mixture of original card + bulkheads and Sector Mechanicus).

I've been planning on making zone mortalis walls for a bit, if you want a tunnel like feel.

Otherwise I'm willing to produce a board for this. In fact I've got an idea that might work
based on the parallax configuration board from white dwarf. Something like this: 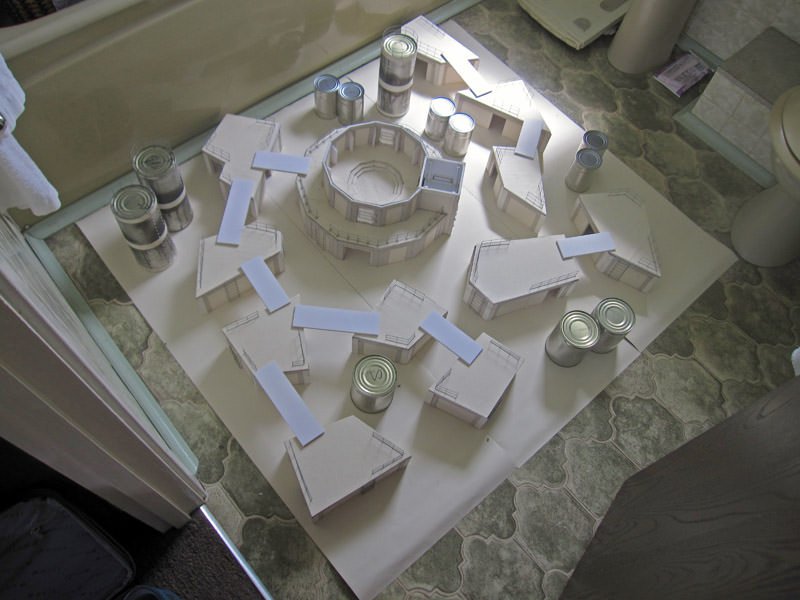 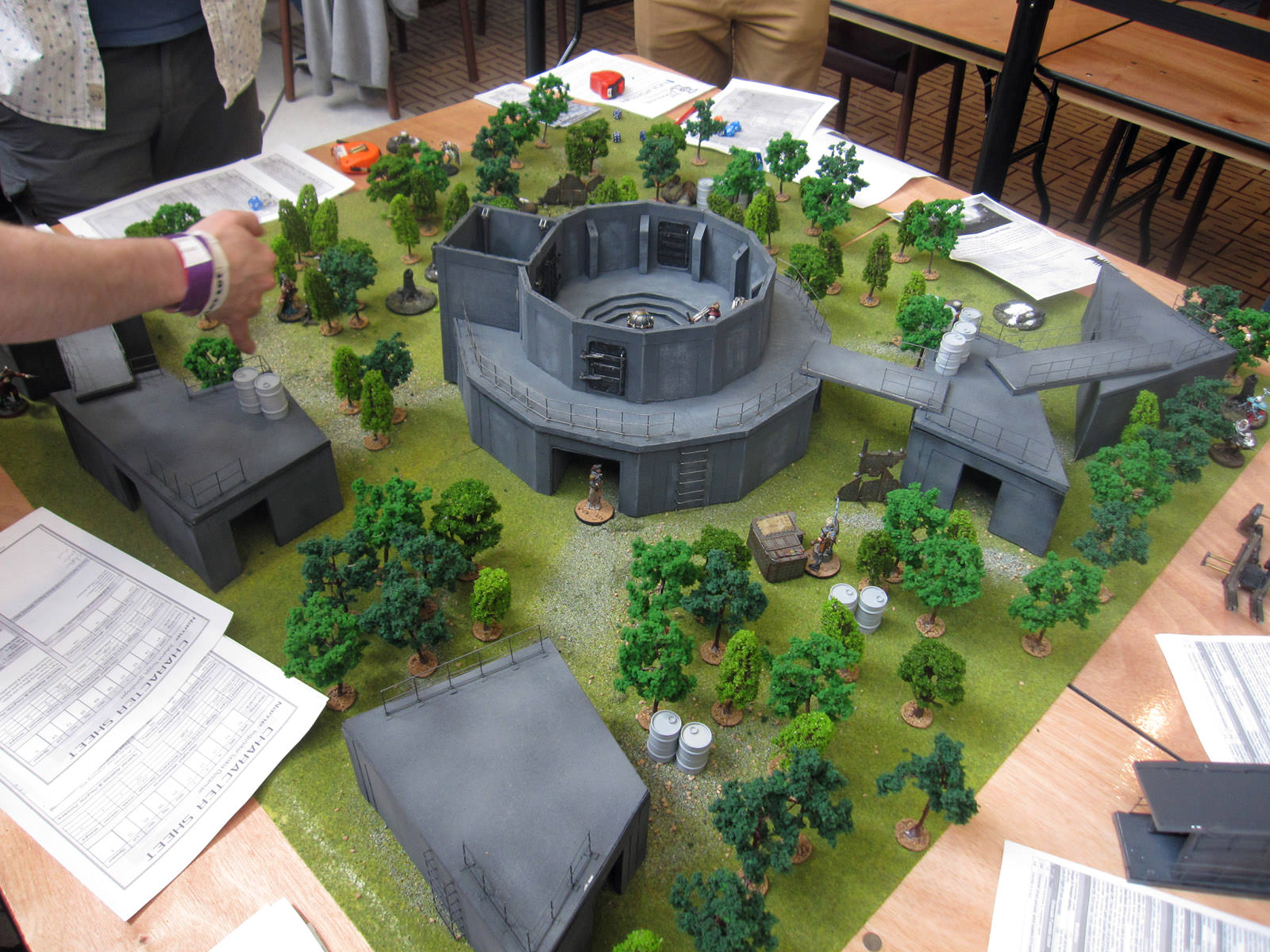 So, to avoid any further dilly dallying on setting so we can get on with organising supplies.

Ominous portents are in the air in the Carthaxian sector as the grand conjunction approaches in the system of Lemuria Minoris. It's three planets will fall in line for what is believed to be the first time in tens of thousands of years.

The planetary governor Horaldus Quagmourn has declared the celestial event a national holiday, with festivals and parades planned for the week leading up to the momentous occasion.

However, rumour and superstition are rife within the imperial citizenry. Some believe the dead will rise, others that the former planets masters will return. There are as many claims as there are citizens but the one that has reached your ears involves a massive psychic awakening, of who... or perhaps what is unclear. Something about this knowledge pulls on your mind and you are drawn inexorably towards the outmost planet. Lemuria III.

You arrive in time for the opening celebrations and as the first 2 days of merry making pass you by it seems your suspicions were unfounded. However, as the planets begin to align on the third day, so begins a descent into madness. The revelers start to become violent, laughing as they fight in the streets. Large piles of people perform lude acts in the streets. You do your best to stay safe and find out what is causing the madness.

By day four things have gotten massively out of hand, you see tars of joy creep down a man's face as he begins carving profane ruins into his chest. The citizenry are openly fornicating in the streets whilst bleeding themselves and each other. The rumours you heard were clearly true. Something of monstress psychic power and malicious intent is approaching, you can feel it pressing at the corners of your mind. You must find it.

Conjunction of Lumeria will be a one day Inquisitor event and will take place across 5 games. Feel free to represent whichever faction you wish with between one and three models. Bring whoever will be fun to play, someone who will be presented with a challenge.

Game 1 A Search For Answers

The first game will see your warband looking for answers on this cursed planet, either through legitimate means or underhand ones.

Table 1 is the imperial governors audience chamber. Go to the man himself and ask for answers.

Table 2 is the imperial data mine. If you don't trust Horaldus or you dont/can't show your face you can look to steal the answers from the imperial records.

Game 2 Get to the Chopper

Warbands race across the city to liberate space worthy crafts with the aim of reaching the soon to translate space hulk.

Now safely aboard the hulk it's a race against time and your fellow antagonists to reach the entity that calls you to its core.

As you approach the epicentre of this malevolence, vile warp energies twist and bend reality. You must conquer vicious beasts and madness itself to get to the heart of the hulk.

Game 5 In the Lair of the Beast

You find yourself at the heart of a vile and twisted demonic rite. Here you must make your final choice, help or hinder.
Last edited: Oct 19, 2019
Reactions: Scavvierising, AliHaley85, Ardavion and 1 other person

Supplies. To be updated.

Game 1
The parralax board by Trafalgar Law?
The data mine. One big ass chamber filled with cogitators and bookshelves and the tunnels from the space hulk.
Mordian Iron guards for PDF supplied by Trafalgar Law.

Game 2
Generic necromunda board. Any old jazz can go here but a landing pad and, dare I say it, some space craft.

Game 3
Big ass space hulk board by Prewarsalad. Scatter terrain can be stolen from places. Clues need to be decided on and placed around the board. Space canibals by NonCavemanDan.

Game 4
This is the one I think will be the most fun. I would like everyone to make 2 small tiles each. Filled with horrible warpy nastyness and they get revealed at random.

Game 5
The big bads big reveal should be somewhere pretty gross. We can probably get away with loads of necro terrain but we really need a big altar/rock thing.

As a southerner who doesn't drive, just how far north are you thinking of holding this?
Reactions: prewarsalad

Scavvierising said:
As a southerner who doesn't drive, just how far north are you thinking of holding this?
Click to expand...

At least 3 of the 6 interested people are Durham/Newcastle based, to give an idea of probable location.
Reactions: Scavvierising
A

I'll be driving up from coventry and can gather people along a reasonable route if necessary
Reactions: prewarsalad, Ardavion and Scavvierising

So the more I think about it, the more I fancy having a go at making that Parallax configuration board. Which game do you think it would be best suited for considering that the central temple in the white dwarf battle report originally contained a warp obelisk which sealed a portal/daemonic entity or something like that? (which I intend to replicate)
Reactions: prewarsalad

AliHaley85 said:
I'll be driving up from coventry and can gather people along a reasonable route if necessary
Click to expand...

London would be more than a bit out of the way. Both places do have some late night coaches I could be unconscious on, for the return trip. A possibility then?
Reactions: prewarsalad

Scavvierising said:
London would be more than a bit out of the way. Both places do have some late night coaches I could be unconscious on, for the return trip. A possibility then?
Click to expand...

Would be lush if you could make it.

Trafalgar Law said:
So the more I think about it, the more I fancy having a go at making that Parallax configuration board. Which game do you think it would be best suited for considering that the central temple in the white dwarf battle report originally contained a warp obelisk which sealed a portal/daemonic entity or something like that? (which I intend to replicate)
Click to expand...

The picture you posted made me think it would be awesome for an audience with the planetary governor. If the building in the middle was about a foot across it would be a good personal chamber and the rest is his private gardens.

I saw his chamber filled with marble and a little 3d printed throne.

As long as people don't mind babysitting an Inquisitor noob then I'm game. Did buy the book when it was released (and even a couple of exterminated mags)but the group I rolled with was more a competitive 40k/magic group so never got to actually play.
Reactions: NonCavemanDan

I have played like 3 games ever. I just wanna get knee deep in the narrative and make it beautiful.
Reactions: Fantasticaldave, NonCavemanDan, Trafalgar Law and 1 other person

Updated this post; https://yaktribe.games/community/threads/inq28-campaign-anyone.9403/post-210207 let me know if you think anything needs changed.

If we do more than 6 people would we need multiple versions of each board or could we just stagger starting points?
A

Scavvierising said:
London would be more than a bit out of the way. Both places do have some late night coaches I could be unconscious on, for the return trip. A possibility then?
Click to expand...

@Scavvierising Cov is an hour on the train from euston -regulalry commute for work down and back in a day.
Reactions: Scavvierising
A

Decided ill bring a rogue trader and retiinue, plus eisenhorn and cherubael for the GM to use because if anything needs some sort of "driver" fo rthe story....... mainly because if anything involving cultists is there, eisenhorn is f**king it up....
Reactions: prewarsalad
Show hidden low quality content
You must log in or register to reply here.
Share:
Link
Top Bottom