I have always wanted to collect the 54mm models from inquisitor. Do you think I would be able to play inquismunda in 54mm. with just scaling up ranges of weapons and movement ect..
D

Why don't you just play Inquisitor - you know, the game that the models were intended for?
B

Backfromthedead said:
I have thought of that I just remember them being rule heavy and complex
Click to expand...

I agree. Inquisitor was a very nice source of lore in its time but as a game was messy and unnecesary complex, even for the standards of an RPG.

Scalating up or down a game should not be a problem, as long you keep a similar relation between e.g base sizes and movement or ranges. But necro (or Inq 28) was never a very detailed ruleset, so for me playing it in bigger sizes do not gains the sense of carrying a character that a game in 54mm is supposed to transmit. But could and should work, so try it.
B

I have the rules for Inquisitor I have thought of just streamlining the rules and striping it down to make it more playable.
B

While trying to keep some of the Rpg feel. Now I understand that this is a huge project over all, with rules and Finding the miniatures. Building terrain in either a generac way or in the proper scale. It would mostly be a labor of love.
Reactions: prewarsalad and Space Truckin

I'm sure there are plenty companies who make 54mm models you could repurpose.

My main gripe with inquisitor is that the rules were set up in such a way that everyone always got shot in the dick.
D

prewarsalad said:
the rules were set up in such a way that everyone always got shot in the dick.
Click to expand...

Not everyone (there were female models too!)
Reactions: prewarsalad

sump dweller said:
Not everyone (there were female models too!)
Click to expand...

And they got shot in their baby makers as well. With crotch shots being as deadly as head shots, but far easier to achieve, my mate made a little warband where everyone wore only helmets and power armoured briefs. Ruthlessly efficient AND fiscally responsible.
Reactions: Scavvierising, Stoof and Backfromthedead
B

Well no turning back now I have a few minis on the way!
Reactions: prewarsalad

The minis are lush, I could just never be chewed to make 54mm scenery.

The minis are lush, I could just never be chewed to make 54mm scenery.
B

Yeah my plan is to make a few 54mm scale pieces, then a few pieces that aren't really in any scale in a generac way. Like large electrical generators, or silos or something
Reactions: prewarsalad

First Model came in, it's already painted but will need a little TLC and base work. 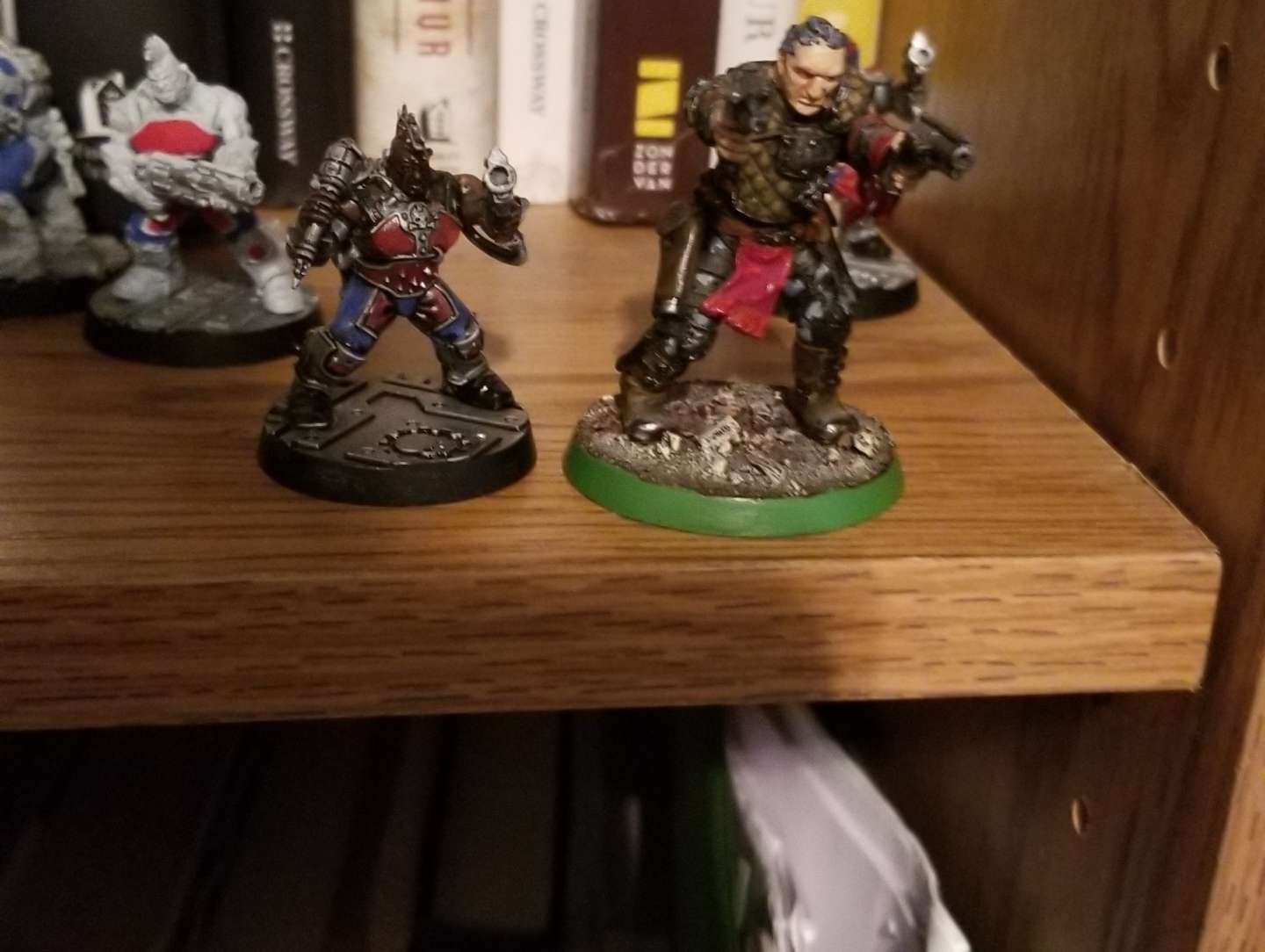 As a long time player of Inquisitor I'd have to say that the rules aren't much more complex than most of GW games and most of that extra complexity is to cover the wider variety of actions you can take. Some rules are just clunky and require too much dice rolling (such as full auto firing or the original flamer rules).

As for scenery the game works well with most standard 40k scenery which is usually made oversized to accomodate larger models such as terminators. The plastic cities of death and sector mechanicus terrain works particularly well, the older card necromunda terrain (and similar scaled laser cut stuff) is slightly short for some of the more dynamicly posed models but not enough to really affect things.

Give the game a try the rules and other articles can be found over on the Conclave.
Reactions: Backfromthedead
B

Yes I plan on giving them ago
B 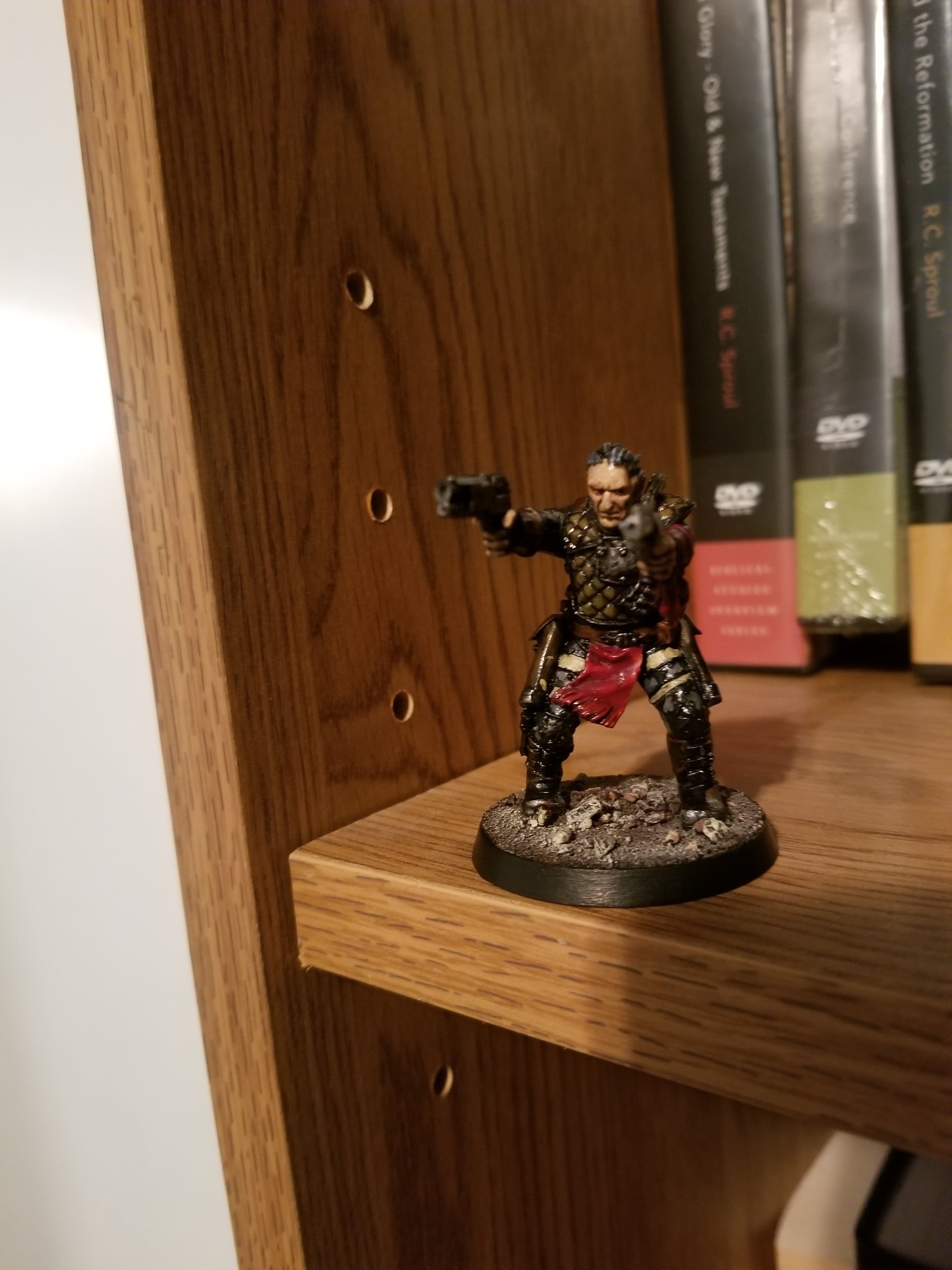