SuboptimusPrime said:
Well if you're going to use them directly, then I agree Vandoth is a good starting point. But I'd give them REALLY overpowered rules and then only ever use one of them. It's the Astartes, it's like fighting an avatar of god, or the pope in his full configuration mecha armor, which I was assured he possesses.
Click to expand...

That was my thinking, he should be this awesome nigh-unkillable murdermachine - either requiring multiple gangs to take him on and kill him by a thousand cuts, or make it so that the gangs simply need to escape him without too many casualties, or something.


SuboptimusPrime said:
Another possibility, and I hope you'll excuse the tangent, I keep having this idea rolling about in my head about the final scenario for a genestealer based narrative campaign where the "bad ending" is that the Spire is quarantined and Space Marines are sent in to quell the uprising. The gangs flee from one end of the table to the other, with GS-cultists spawning endlessly behind them and the the marines in skirmish formation ahead.

I played with the idea of using the marines as a sort of mobile hazard, moving from one end of the board towards the other, with a table to roll on to see what they do once they spot a ganger (along the lines of having the marines attack on a 1, hindering on a 2-3, being passive on 4-5, and giving a minor boon on 6) it's a bare bones idea so far, but I thought I'd share it.
Click to expand...

Really loving this idea! Caught between a rock and a hard place. I’ll mentally file this in case there’s ever a chance to have a similar kind of scenario...
Reactions: SuboptimusPrime

They'll all receive the same uniform as Doc Wattson: 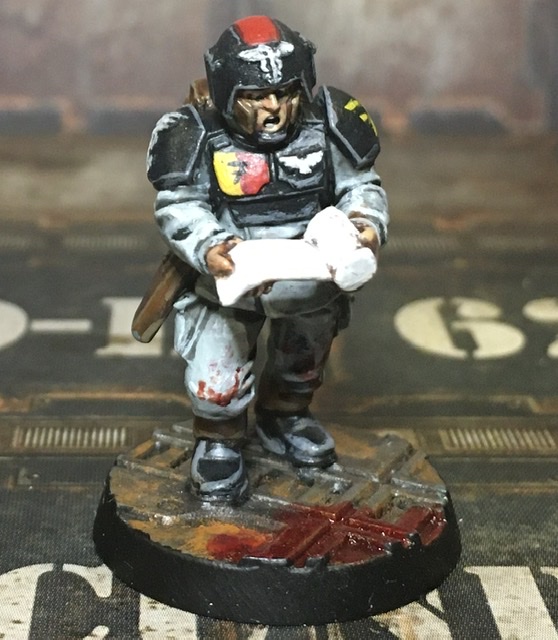 Doc Wattson was recently discharged from 7th Squad, “A”...
Now really on to painting!
Reactions: Sump Duck, CaptainDangerous, MusingWarboss and 4 others

The building continues... I’ve had a gang of Orlocks on the back burner for a while now, and had an unbuilt kit of Arms Masters and Wreckers. Tried an Arms Master and was surprised at how much bigger he is than the normal gangers; more than a head taller! Knowing that I couldn’t use that body for ”just” a champion while keeping a puny leader, so I built a new Road Captain, yet to be named: 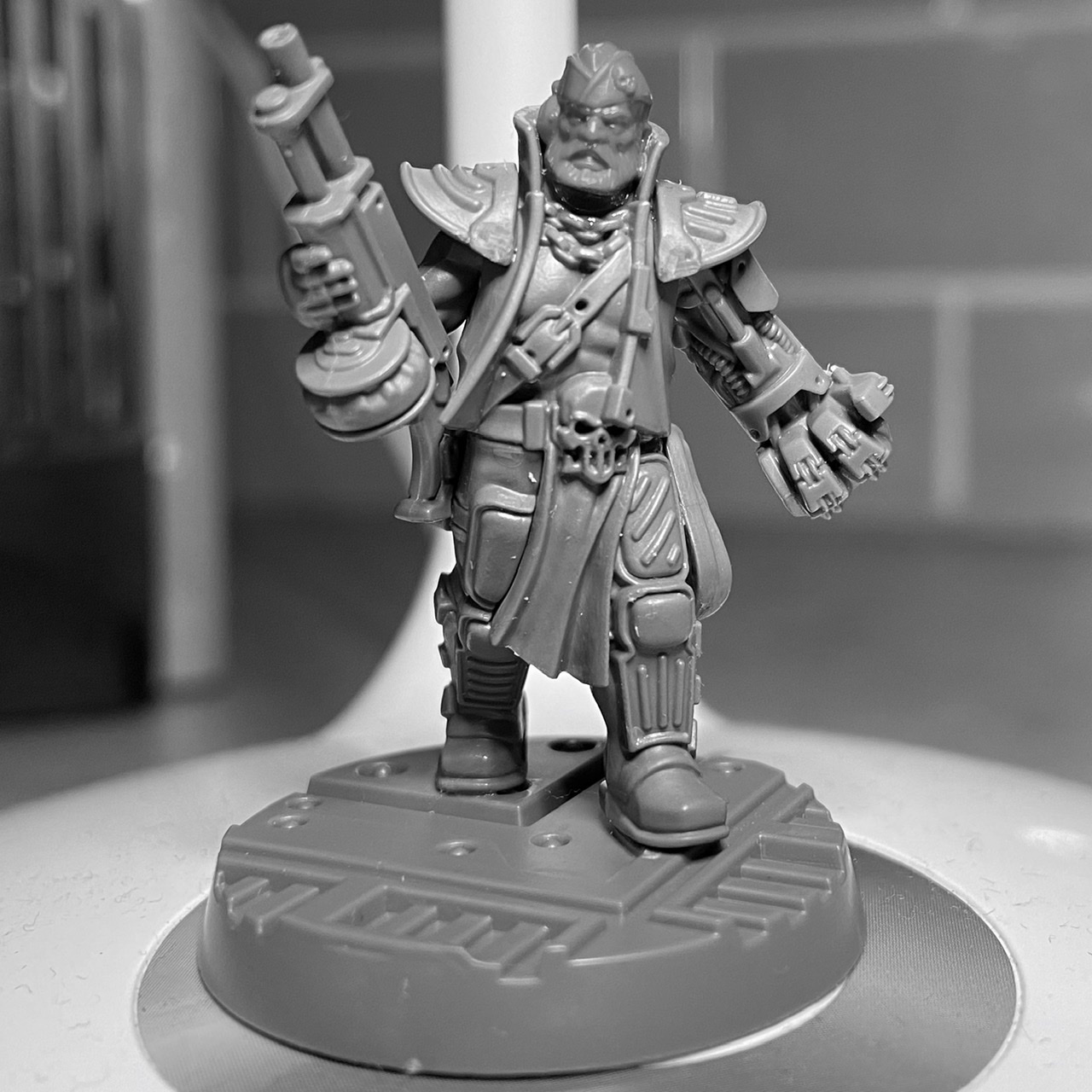 Thoughts? I’ll build the other one as an actual Arms Master with an Arc Hammer, and might simply use regular Orlock models for any further Arms Masters...
Reactions: MedMos, Sump Duck, Ben_S and 2 others
Show hidden low quality content
You must log in or register to reply here.
Share:
Link
Top Bottom