Anyone have any ideas on how to model Pit Fighters?

Either base models or how to easily convert Flagellants/Freeguild/Frostgrave or whatever, and with what bitz?

In the UK if that helps
Cheers!
B

I'm not that familiar with Pit Fighters, but wouldn't have thought they were that difficult. Any sort of 'barbarian' type - such as the old chaos marauders - should do, surely? The relatively new Warcry range adds some extra options though (Untamed Beasts or the snake ones especially).

Is there anything in particular that you need help with?
Reactions: Aulenback
S

Was just wondering what people were using - particularly the themed helmets, which might require a bit more creativity!
There are a number of Chaos/Warcry/Blood Bowl/Frostgrave kits that I could use as a basis, so I was wondering how people had managed to achieve the blend of gladiator and dregs of the Empire vibes/look

An obvious search angle (to me) would be through "gladiators" :

You also have some brands specialized in this theme :

With some interesting terrain tips :

How about these: https://anvilindustry.co.uk/brodie-gladiator-helmets ? The crest makes it look a little less like a brodie helmet and more fantasy like.

They are made to work with imperial guard figures (and anvil stuff isn't as heroically scaled as GW) so they'll look pretty small on the AoS Khorne barbarian types.. but they work great on flagelants and other empire stuff. Since frostgrave is a bit smaller than GW they should mesh with those minis pretty well.
Reactions: Aulenback

Reaper has a few as well, along with a good price-point. 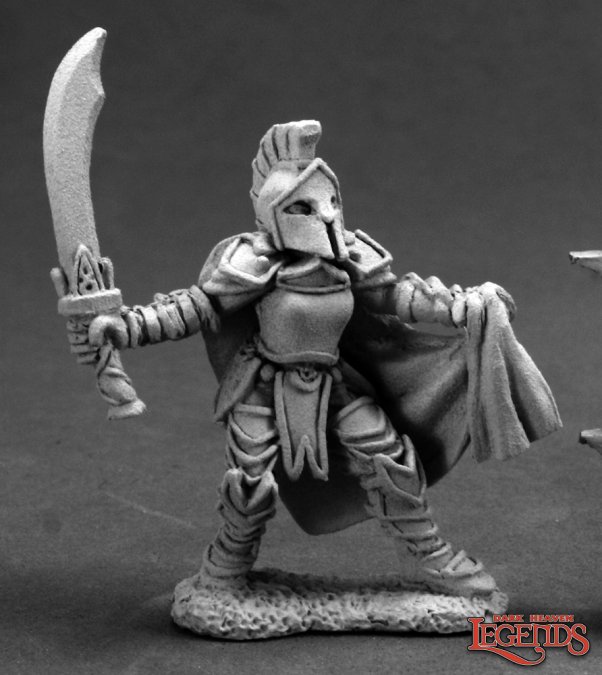 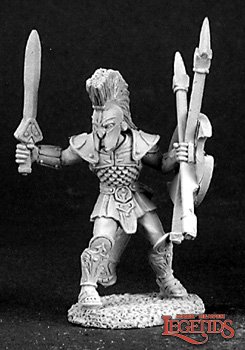 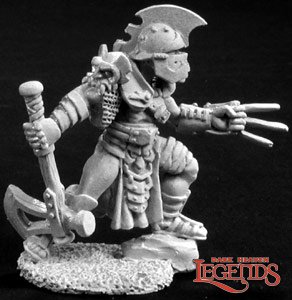 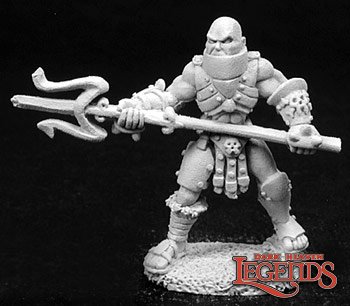 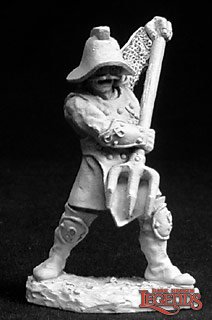 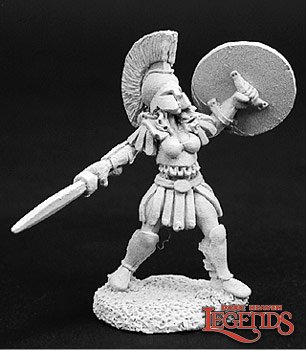 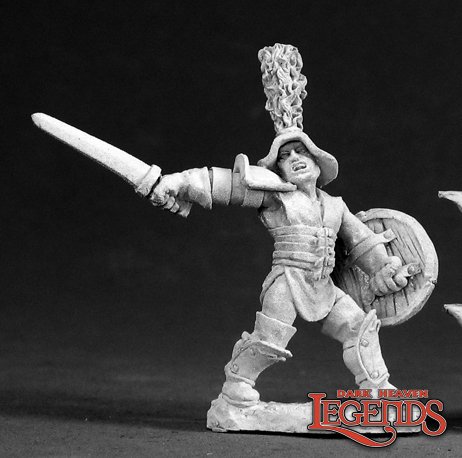 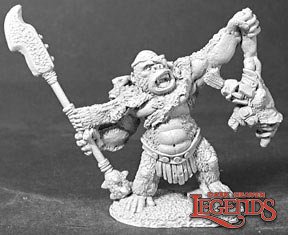 Because not every pit fighter can be a winner.

But yeah. Echoing those above, just hunt through any of a host of sculptors and companies producing gladiators in anywhere from 25mm to 30mm.
S

They are not Frostgrave but I believe the Warcry Spire Tyrants would be good for conversions too. 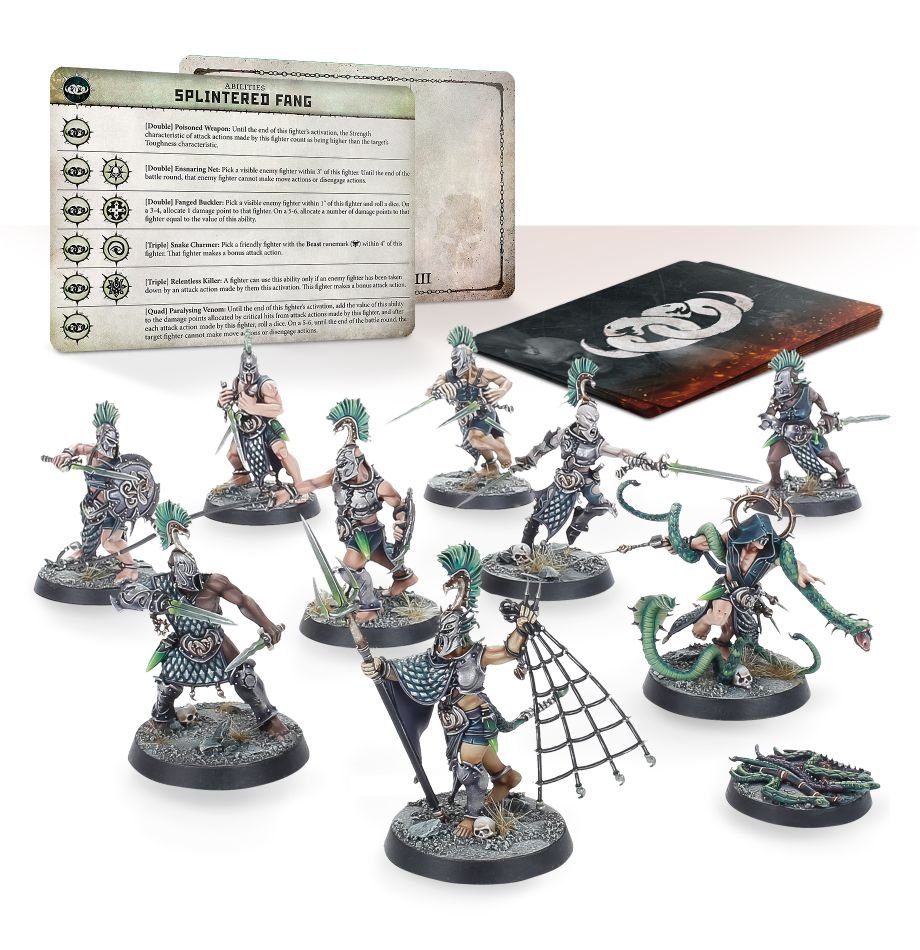 Just remember the weapon combinations you're looking for, really. (Parenthetical for the easily altered/added bits.) Stats-wise, looking for humans or elves or halflings.

And then an optional ogre and/or dwarf slayer, in the usual kit.
Reactions: Ledward and Sundown Dreamer

Of course, you would use the gladiators bodies with more Necromunda pitfighting oriented heads/helmets and hands/weapons/tools...

I have thought about making Nec pitfighters on several occasions, and doing my own version of Bullgorg...but they're not the easiest kitbashing/conversion to do... You need to find and buy some well suited miniatures for the body/poses, then you need a consistant bits box for the heads/helmets and you face some mandatory putty sculpting and scratchbuilding for their very specific weapons...

Since the official releases are very poor and among the ugliest of the original rangeI and the potential conversions quite tricky, I guess that's why they're quite rare, and not seen that much frequently on these boards...

That could be a Yakcomp subject : make your own Pit Slaves unit, quite a challenge and some probable inspirational work/ideas to share for all.

Though now realizing that only the forum heading gives that away, it wasn't mentioned by any of us in the thread.
Reactions: Ben_S

To be fair, a pit fighter is a pit slave before he gets his upgrades

https://footsoreminiatures.co.uk do Gangs of Rome, which includes some pit fighter-esque minis.

Another gladiator game is JUGULA! https://www.grippingbeast.co.uk/Other_Products/JUGULA.html - these are 35mm, so possibly a bit big for Mordheim?

You have the following categories dedicated to gladiators:

The Emperor's Favourites or the Spirited Underdogs, which will you choose? Sculpted by Steve Saleh, Mark Copplestone, Shane Hoyle.

https://store.warlordgames.com/collections/romans/products/myrmillo-gladiator?variant=31468989481040 is a pretty decent gladiator figure, unfortunately they seem to only do the one gladiator model.

If you wait for maxmini.eu to come back later this month (week?), I think they had Roman gladiator bits too.
Reactions: Aulenback

Apologies for this inattentive side note... Too much Necromunda in my life.
Reactions: Aulenback
T

haven't seen the Spire Tyrants from GW as a suggestion.

https://www.games-workshop.com/de-DE/Warcry-Spire-Tyrants-2020
I am planing to use them for my Pit Fighter gang. Will be the new winter project.

Ooh! And this new November release: 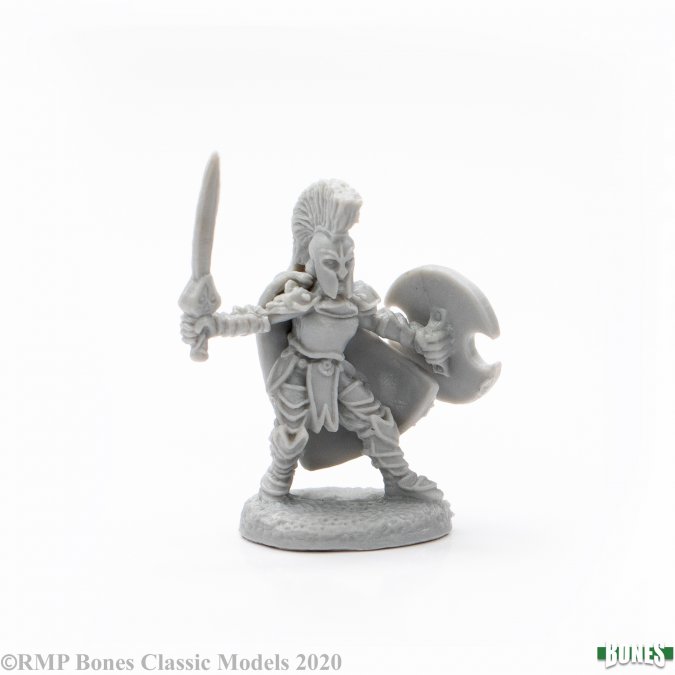 Warcry or Underworlds warbands have a lot of good stuff for making pit fighters. 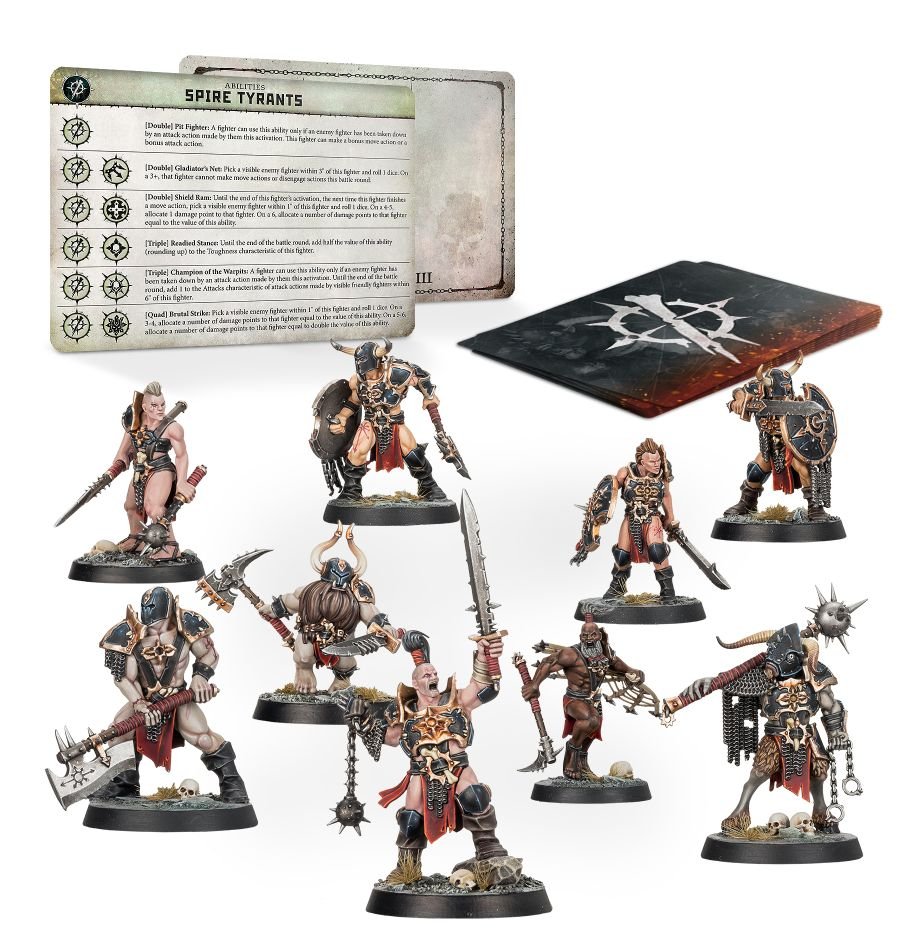 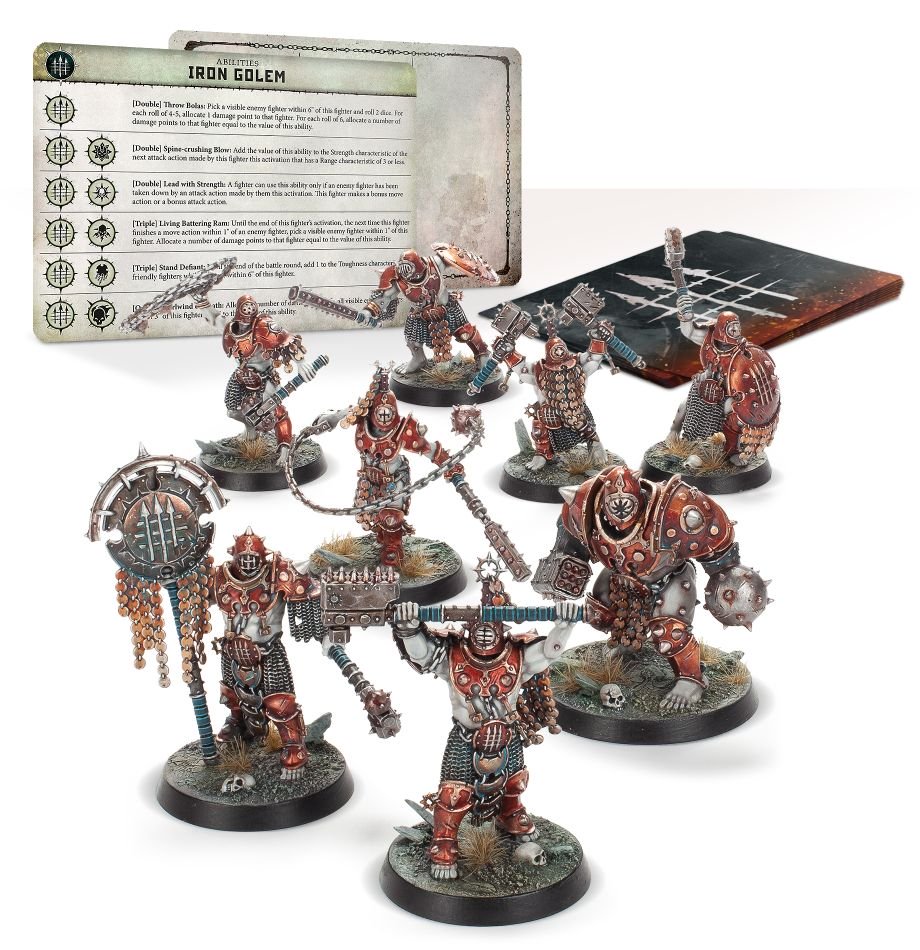 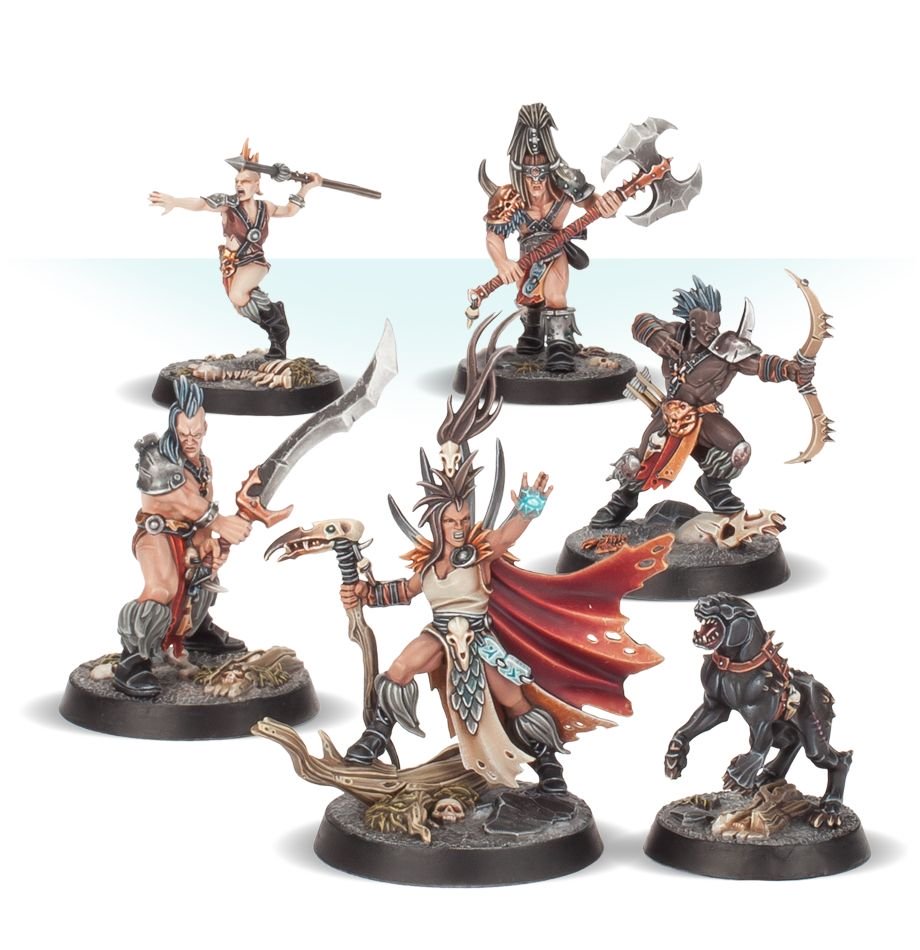 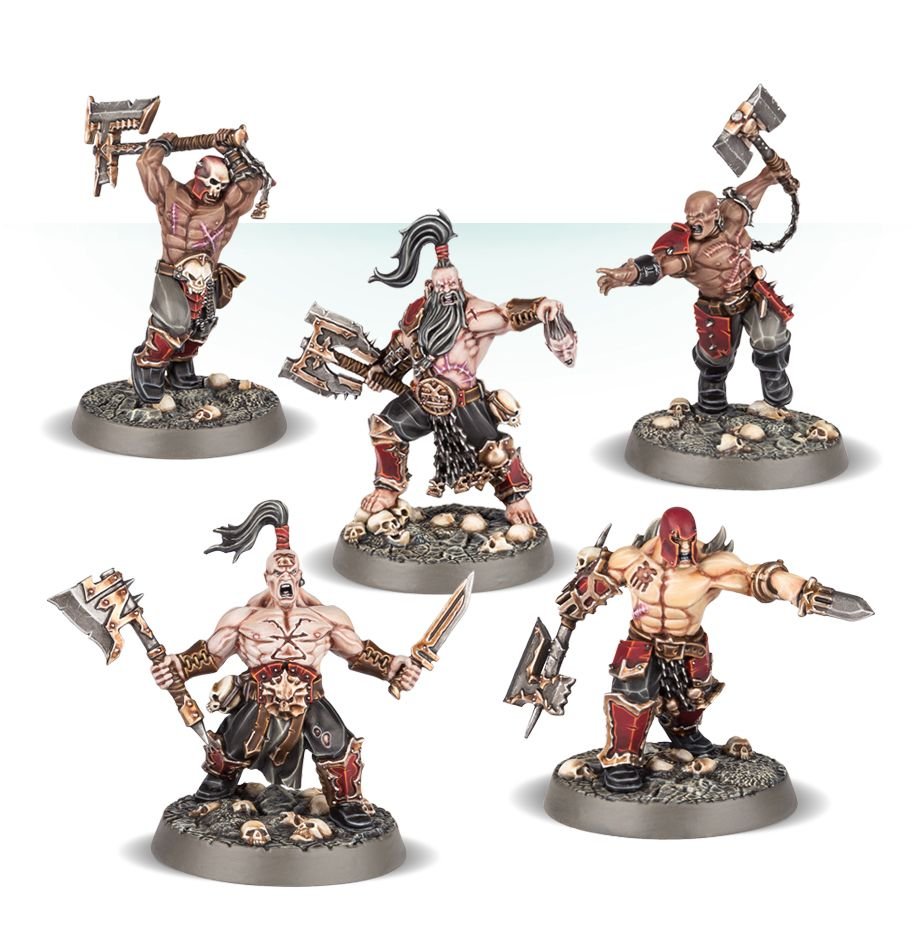 Tiny said:
Warcry or Underworlds warbands have a lot of good stuff for making pit fighters.
Click to expand...

They do! Additionally, I want the Beastmen warband from Underworlds. Hopefully it will become available separately, eventually. And just that beastman from the Spire Tyrants set. I don't need their humans, nor even that Chaos Dwarf [Ally Morrison for Marauder style though it is].
Reactions: Tiny
T

@Aukenback, you can use the Chaos Dwarf as a Dwarf Slayer, wich is a hero in the Pit Fighter Warband.
If you are just looking for some Beastmen I would take some of the regular Beastmen boxes.

Do you use the Broheim Pit Fighter rules? New or old ones?
Reactions: Ben_S

Oh, it isn't ME that is putting together the Pit Fighter warband, but rather SolomonClayton. That said, I do play beastmen in Mordheim among my warbands, and like the Pit Fifghters, I play the revised Town Cryer rules rather than the original Town Cryer rules. I did play the original rules, when they came out, but frankly those start strong, and keep pace with everyone else's warbands too. Like Lustria Elves, they start a bit too strong out of the gate for a gang that does not fall off later in the campaign. The revised version (of each) are both more fun to play against and more fun to play.

Broheim, like Yaktribe, is an excellent resource for rules collection. They don't MAKE rules [there is no "Broheim Community Edition"], but just collect what has been published. Both versions of the Pit Fighters on Broheim are the official one - the first iteration, and the "revised and updated," like errata.
Reactions: Ben_S
Show hidden low quality content
You must log in or register to reply here.
Share:
Link
Top Bottom