Although it’s not wargaming related, it is Miniatures related news.

Can we spare a thought for the poor Model Railway group who had 25 years of work and many thousands of £s of layouts trashed by four kids who broke into the hall and stomped on their models.

“Market Deeping Model Railway Club lost years of work in the raid at Welland Academy in Stamford on Saturday.

Its chairman Peter Davies, 70, said exhibits were smashed, thrown around and stamped on, including a locomotive unit worth about £8,500.

Four youths have been arrested on suspicion of burglary and criminal damage.” 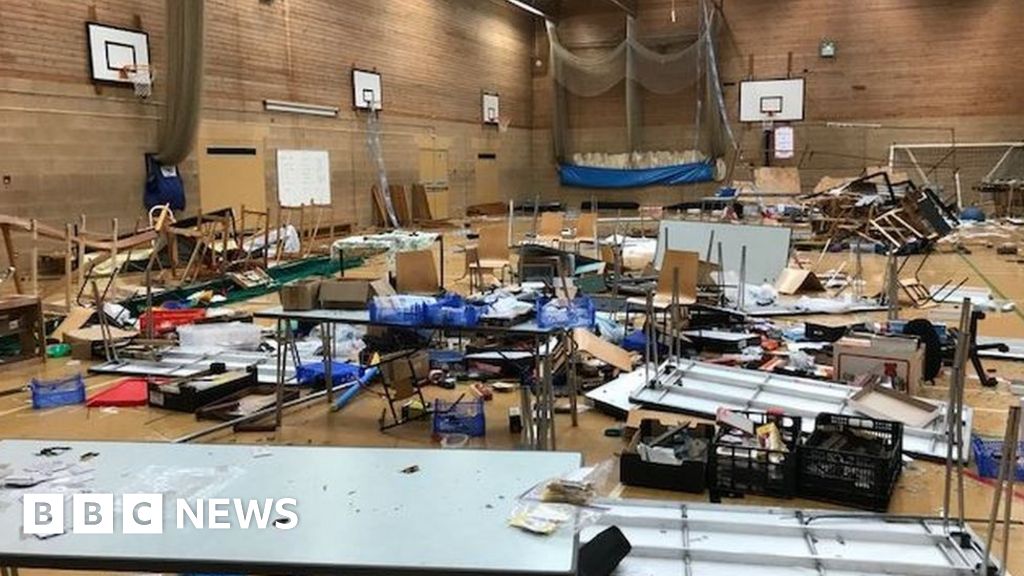 Four youths are arrested and the club in Lincolnshire says a "hurricane would have done less damage".

Sad for our future.

Rod Stewart has donated £10,000 to the club as he’s a fellow model train enthusiast, what a guy!
Reactions: SuboptimusPrime, TopsyKretts, Gorgeous Leroy Dukes and 7 others

Though many of them fear that they simply don’t have time left to rebuild it looks like they’re planning to do other projects and help other clubs out.

The amount of help and donations they’ve received from other modellers and members of the public is fantastic though!

As for those four s**ts, they should be ashamed and made to rebuild most of the layouts. All 25 years worth.
Reactions: TopsyKretts and Aulenback

This honestly makes me sick to the core... its a horrifying thought all the work that they've put in is just gone in the blink of an eye...

it’s terrible because we understand. to those who don’t (like those 4 little shits) it’s “just toys so who cares?”
Reactions: TopsyKretts, Stoof and Aulenback

I’ve defended all kinds of turds in my time (happily, also quite a few innocent ones), but I’d have to give these guys a hard pass.
Reactions: TopsyKretts and spafe
B

I always find any kind of vandalism hard to tolerate. I can understand (though not condone) something like theft, but those who get a kick out of damaging or destroying things just so others can't have them really are pretty sad. Even worse when the loss is a labour of love like this, since money can't really replace what was lost.
Reactions: TopsyKretts, MusingWarboss, Space Truckin and 2 others

For anyone interested, I just saw an update on the case:

The four teenagers deliberately destroyed the £30,000 exhibition in a "rampage" after drinking vodka.

Does that even cover court costs?

Space Truckin said:
Does that even cover court costs?
Click to expand...

I'm not 100% sure but I believe that, in uk laws, the losing party is responsible for all court costs (on top of any fine/damages they may be sentenced to)
Also, I'd be surprised if insurance didn't cover at least part of the damage. No amount of money will get back all those hours of hard work though.

I kinda agree with the chairman here:

We have to allow them to make a second start, although I don't condone the damage, it was horrific
Click to expand...

It's sad and infuriating, but not something serious enough to ruin lives over. It's better to treat drunk teens as an act of Tzeentch.
Reactions: Space Truckin
B

I was struck by the fact that four 16-year-old boys "shared a bottle of vodka as part of a "pre-exam night out"".

If that's how they approach their school exams (presumably GCSEs), then their life prospects are probably not that great.


Thorgor said:
I'm not 100% sure but I believe that, in uk laws, the losing party is responsible for all court costs (on top of any fine/damages they may be sentenced to)
Click to expand...

True, however the kind of kids who get drunk before exams and break into halls then destroy everything they find a) can't afford the costs themselves and b) don't have parents that can afford them either. You can get away with many things in the UK by being unable to afford the fines - it costs the state money to incarcerate you and a criminal record is actually helpful to someone with no intention of ever having a job, so instead you get slapped with something daft like paying it back at 50p a week from your benefits for the rest of your natural life, and you get to happily go about your business effectively unpunished. (I have several friends who are/were police officers and this causes them so much rage).
Reactions: Space Truckin and spafe

While these kids deserve every chance to turn things around it seems the system is ill equipped to provide them the necessary tools and incentives to correct their behavior.

As a person who lost their fiancee to a drunk driver (in yorkshire) and attending months of court hearings the sorry I was drunk excuse angers me. The UK legal system is flawed.

And here in the US we now have the “affluenza” defense. where the kids get off (even for killing people) because their parents were so wealthy they didn’t bother to teach the kid right from wrong. WTF is that?
Reactions: Stoof and Space Truckin
D

Just because of this terrible event, this Troll is working security at Tribemeet2020 and sleeping in a corner of the room.....
Reactions: N3p3nth3 and Deleted member 10658
Show hidden low quality content
You must log in or register to reply here.
Share:
Link
Top Bottom