Galtarr said:
I like this but it's a campaign thing. Either gang specific stuff is restricted for usage or it isn't. Early on we had an Orlock player desperate to get his hands on some Escher Acid rounds. Either by buying or trading for captured fighter etc..

I think if you allow it you also allow selling everything from gang specific weapons, Wargear, pets, jetpacks and hoverboards etc.. again might want to avoid selling hoverboard to CGC..

Or not.. it's your (collective) game. Just allowing some cross gang usage and not others doesn't sit well with me.

But then I think the different gang sprues are best mixed together to build a ragtag gang rather than the heavily themed ones we got...

Also would be more tempted by slave ogryn gang if the rules allowed more freedom to kit them out but I digress...Hmm would you sell Hyper to an Ogryn gang

Yeah, I think I might. I might hike up the price though. And if the Orlock player is really desperate for Acid rounds, well sure, but it's gonna cost ya.

As for a Van Saar player selling a Grav-Cutter to a CGC gang, if they're willing to pay a premium price for it, and they're willing to build the model, I say do it! That being said, the Van Saar player would be very unwise to sell them all hoverboards, considering that he's going to be facing them sooner or later. The advantage for the Escher (which is usually a disadvantage) is that even if you sell those Acidic rounds to the Orlock player, they're only good for one battle, so if he wants more he'll just have to keep coming back. 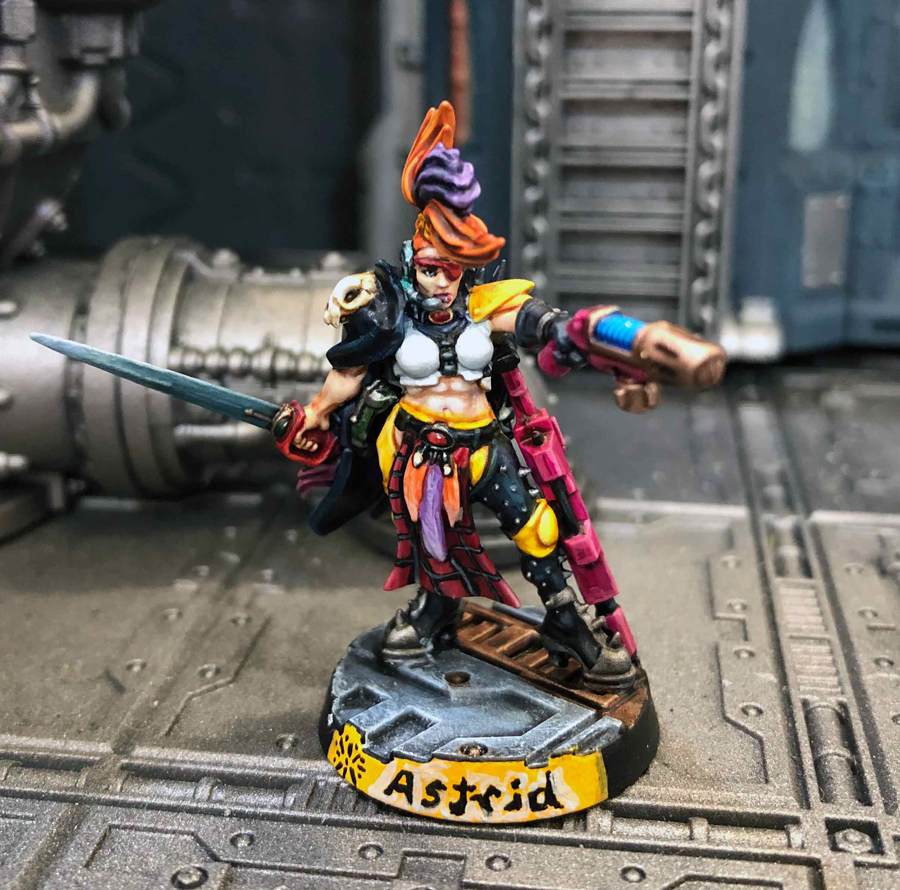 Awwww! Thanks! She can recognize her own name, so it being written on the base really made her excited.
Reactions: TopsyKretts
Show hidden low quality content
You must log in or register to reply here.

The Sisters of Mercy - Cawdor gang