Ankle height guard rails and hazard stripes save lives!
And who's to say if that isn't just a 10mm nail gun.
Reactions: MusingWarboss

cainex1 said:
Ankle height guard rails and hazard stripes save lives!
And who's to say if that isn't just a 10mm nail gun.
Click to expand...

I think at least one may need a giant hammer/stapler that leaves massive staples embedded in the victim.
Reactions: MusingWarboss

I’m gonna have to look at paint stripping heat guns and see how they look for the hand flamer!

For some reason I now want to attempt some throwing knives... or screwdrivers.

Oh well, the next batch!! 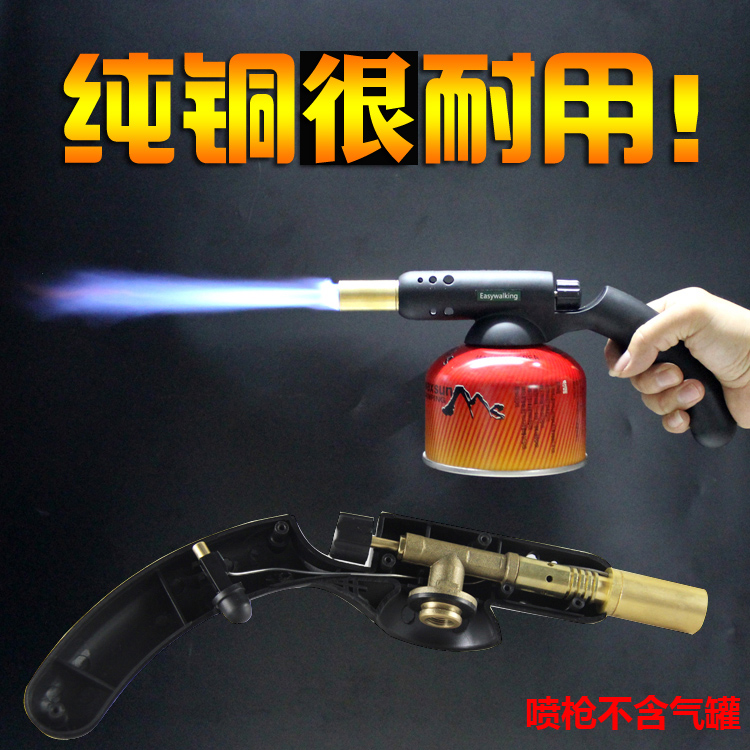 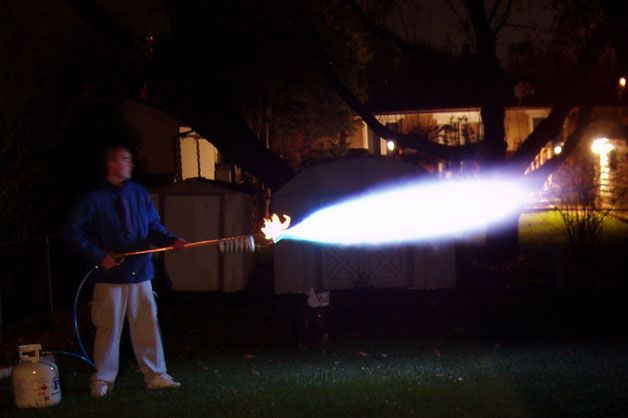 P.S. I wholeheartedly support this direction
Reactions: trollmeat and MusingWarboss 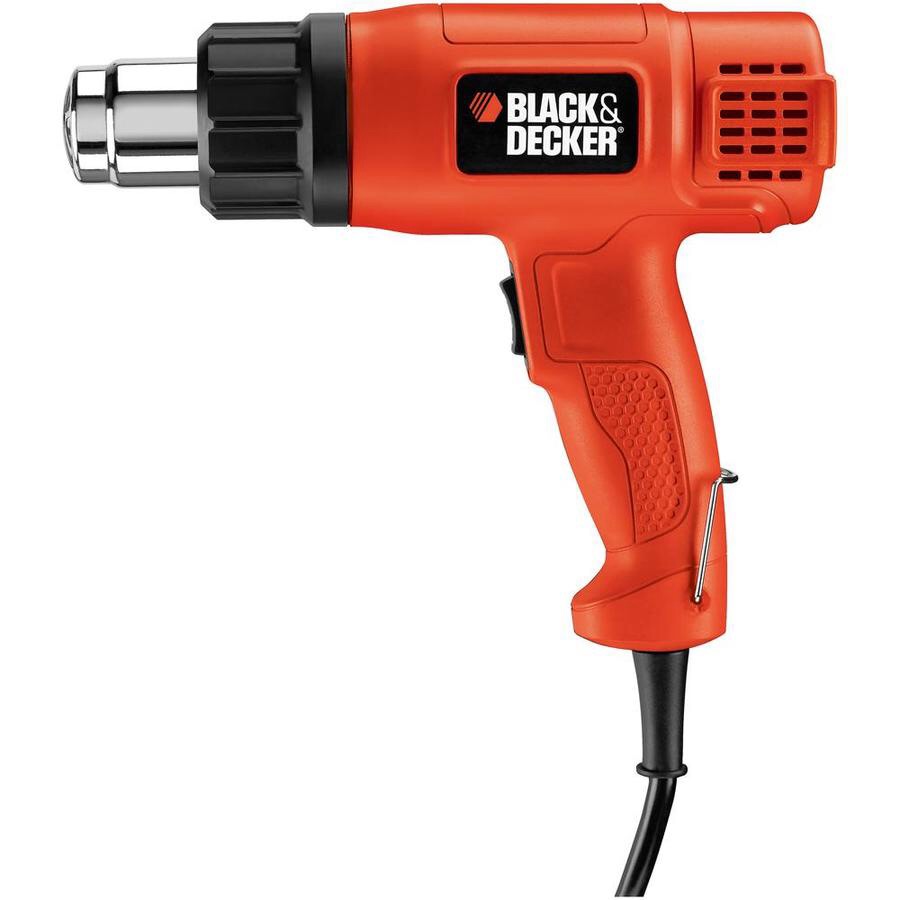 Well that does tie in to my existing colour scheme!

@cainex1 @Punktaku I’m totally blaming you for encouraging me to be making tiny screwdrivers out of plastic hex and round rod!! 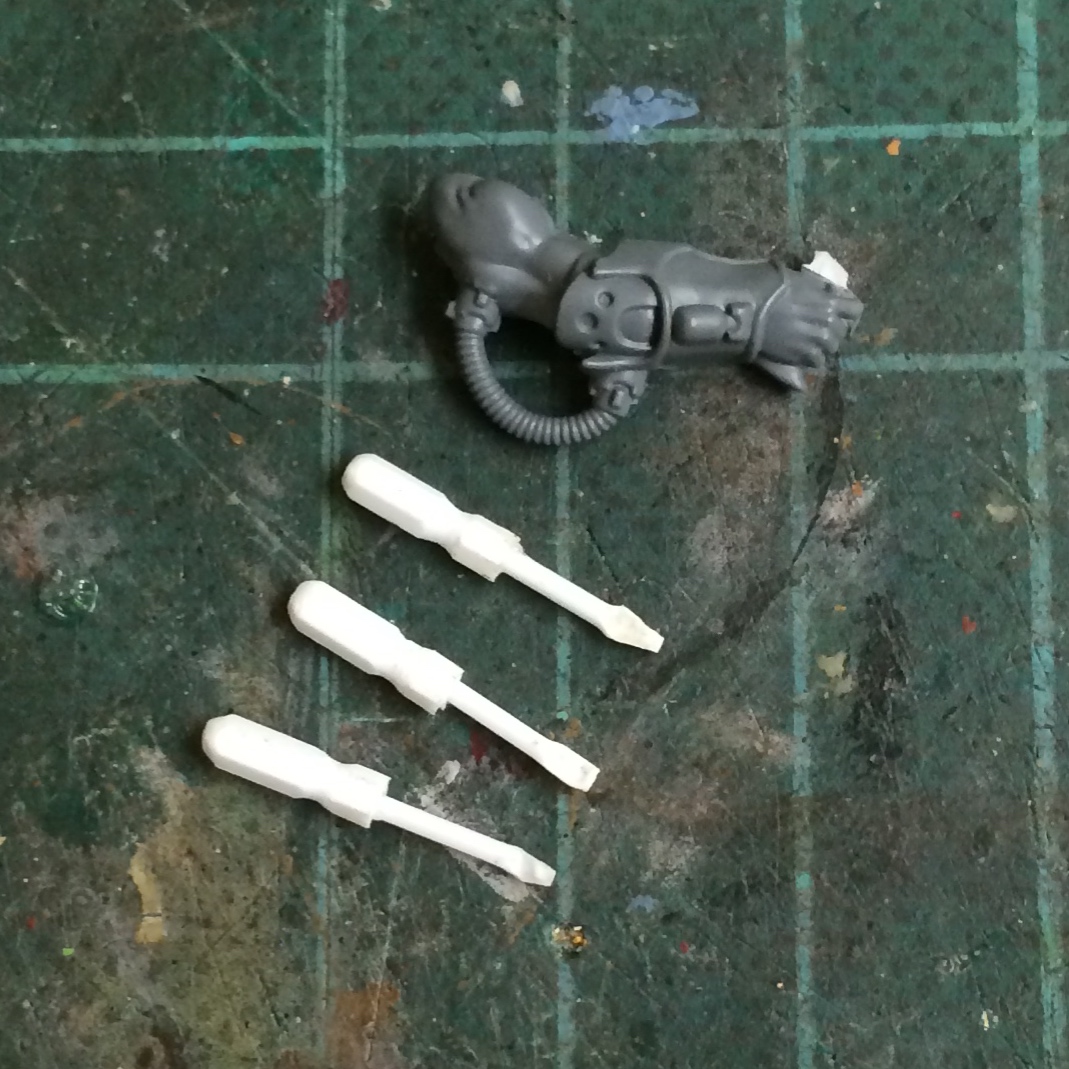 Made out of plasticard hex and round rods.
Right. Now how best to attach these to a Goliath(s)? They sorta have a tool belt...

Would I get away with using these as proxy “throwing knives”? I think the story potential of someone getting taken OOA by a thrown screwdriver would be quite funny. Plus! Thematic.
Reactions: trollmeat, KungFuPanda, Kommissar Shriken and 8 others

I accept that blame with gusto!
Also yeah, they could fit for any kind of knife/dagger. Even poison.. who knows what sort of awful stuff those have been poking around in?
Reactions: MusingWarboss

I would say go ultra-modern 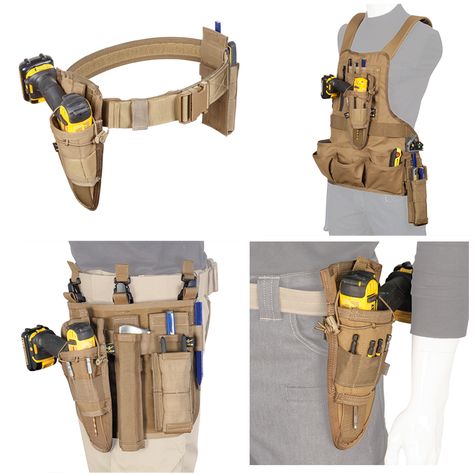 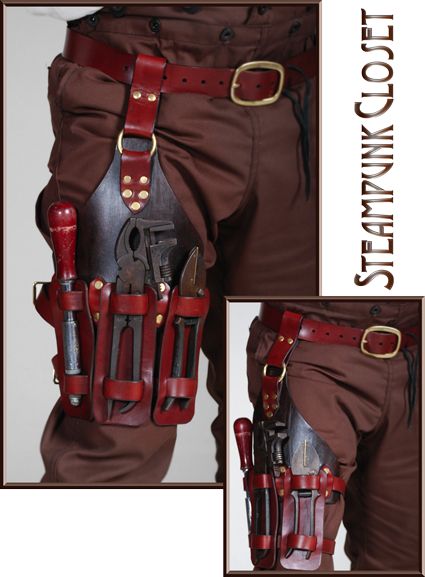 Whoa, hammer-stapler and heat gun maybe. I didn't say anything about the screwdrivers! (looks good, tho! and really does go with your theme). if you wanna go really nuts with the green stuff, there's always a Utilikilt.
Reactions: MusingWarboss

Haha it’s ok I was just joking! I appreciate the support from you guys.

Plus it’s fun to put out a few random ideas!!

Next new Goliath up: 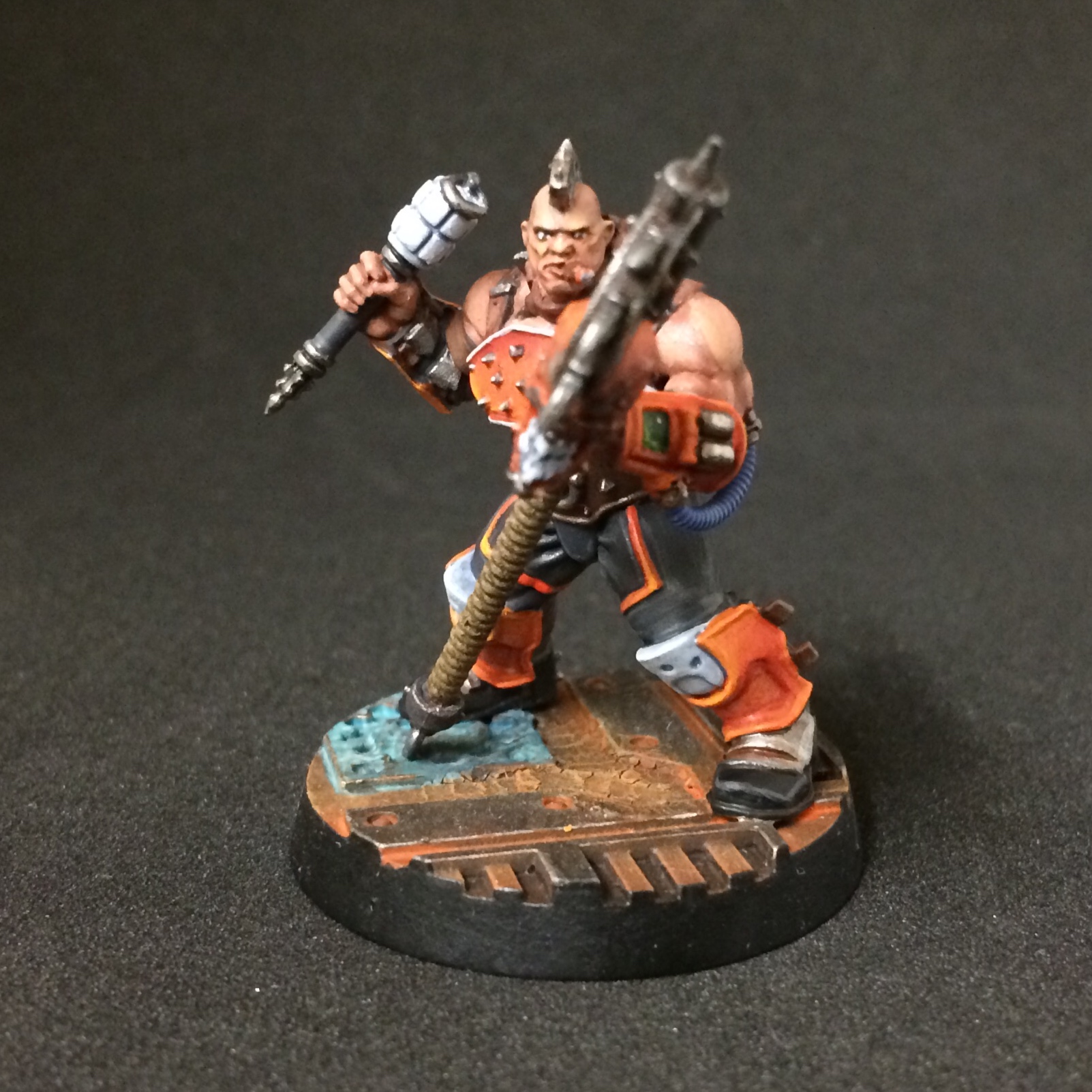 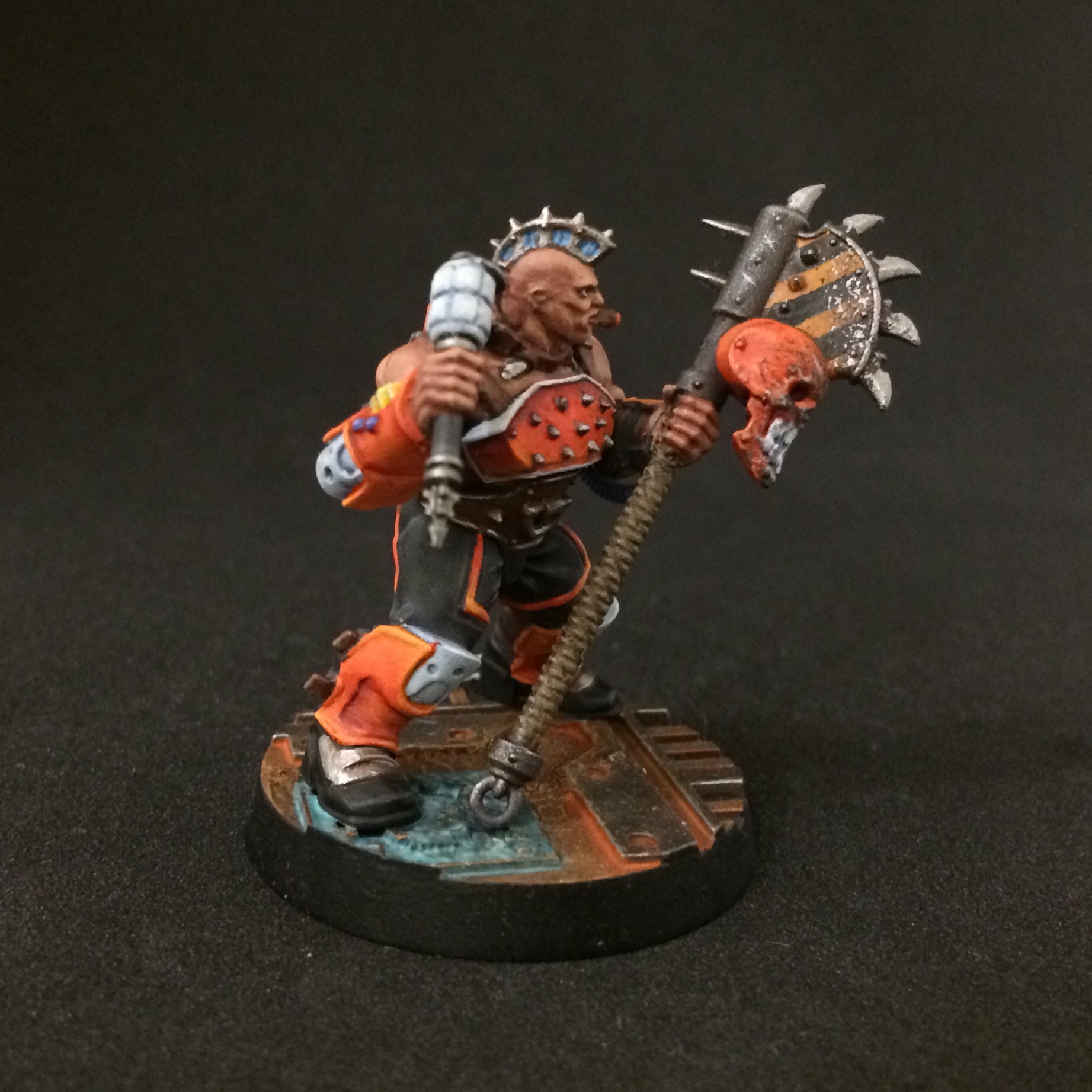 Ganger with Renderizer and grenades.
Back view: 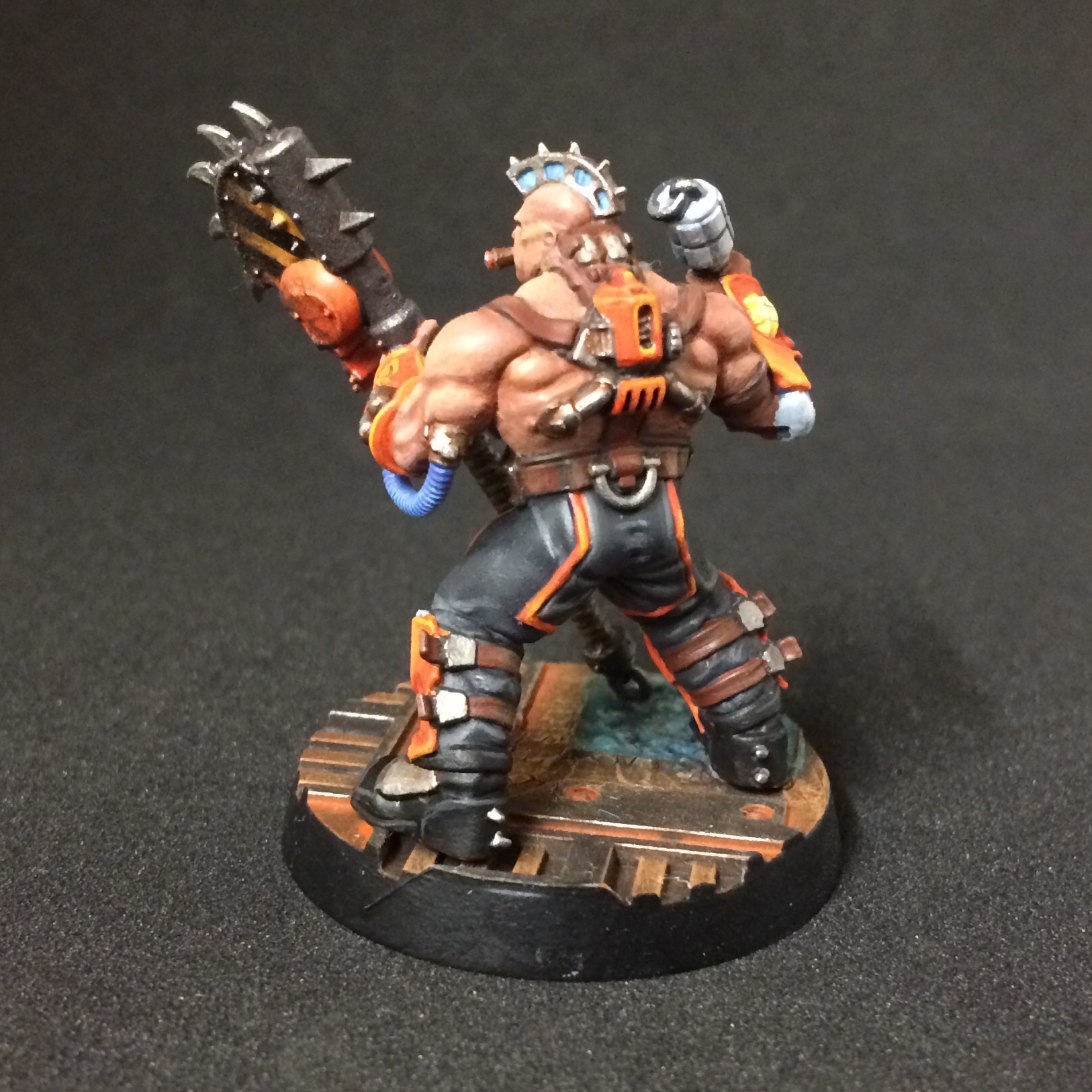 Cheers @Punktaku! Wish it didn’t take me quite so long to get them painted though!!

Hopefully they’ll look great once the whole gang is done.

I'm very curious to see where else you go with this (naming, color scheme, etc)

Back with another update to my Goliaths. This time I decided to paint up my one and only Juve “Stanley”. 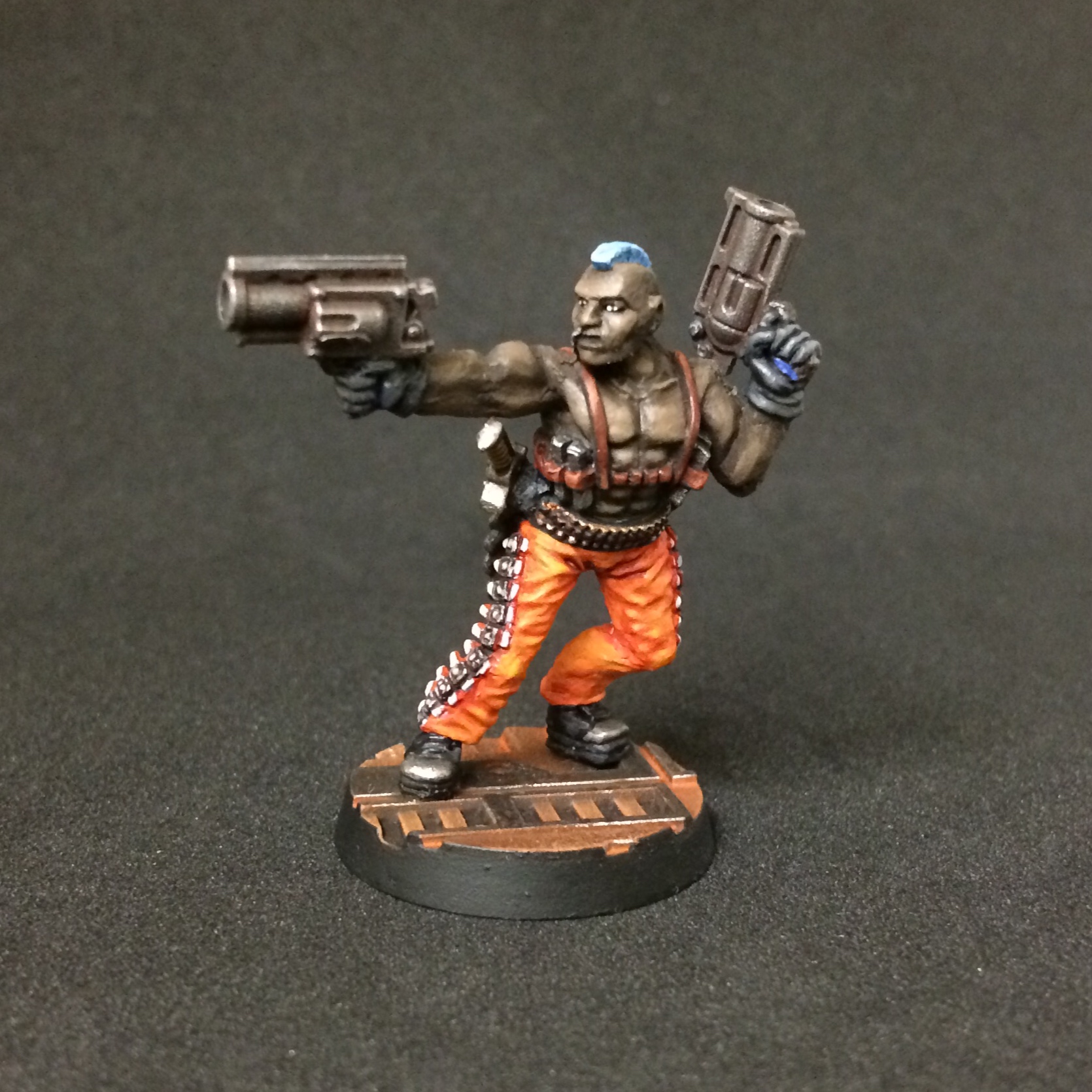 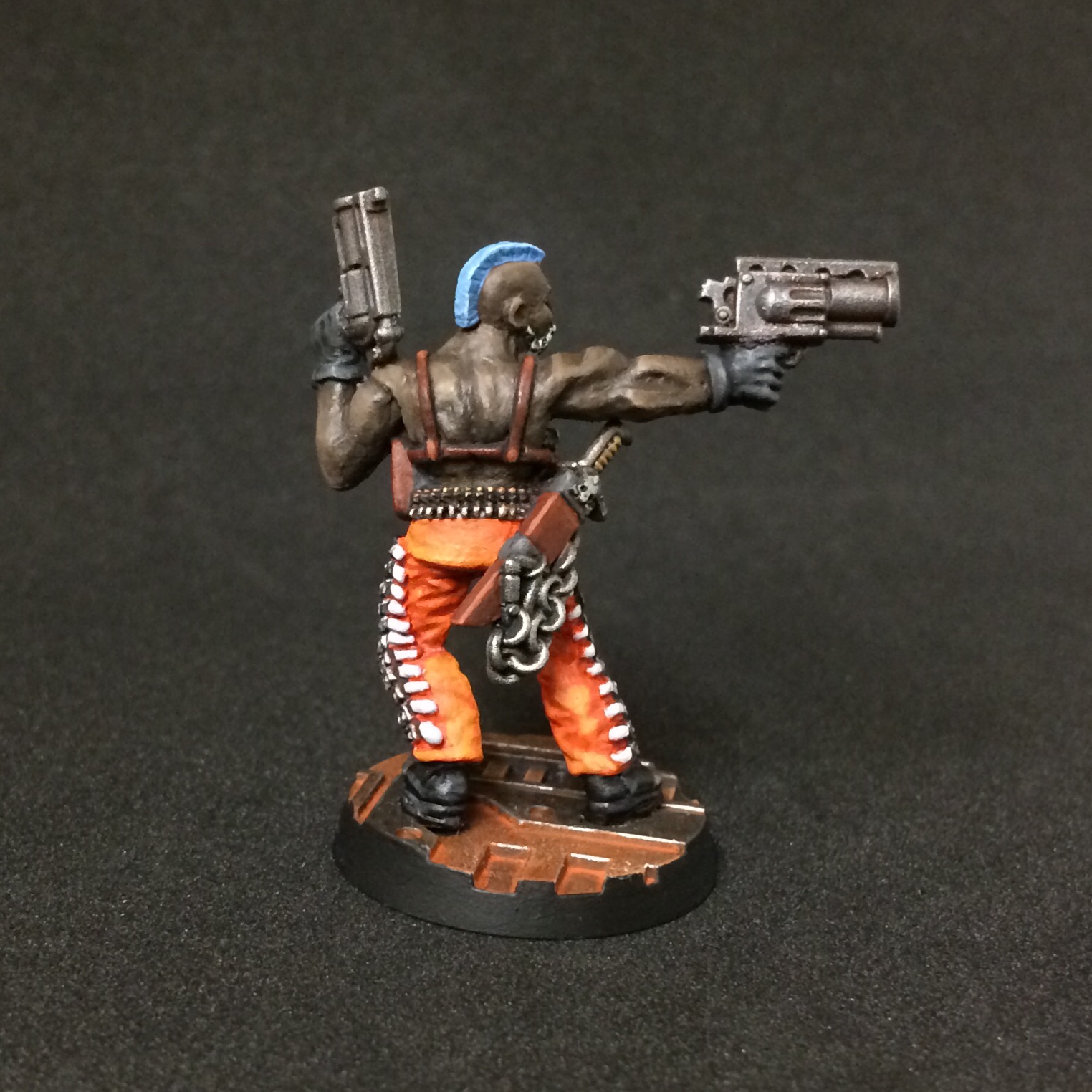 Juve “Stanley”
He’s made from a Wargames Foundry ‘Scabies Punk’ miniature. The original had two in-scale pistols, so I removed them and replaced with two Games Workshop ridiculously oversized Stub Guns.
Also had to remove the integral metal base. Grrrr. Looks better for it I feel and now actually stands upright.

I also added a big fighting knife too. Because I’m more likely to run with Stub gun and knife than x2 Stubs. But coolness and all that.

Here’s a size comparison with Stihl. 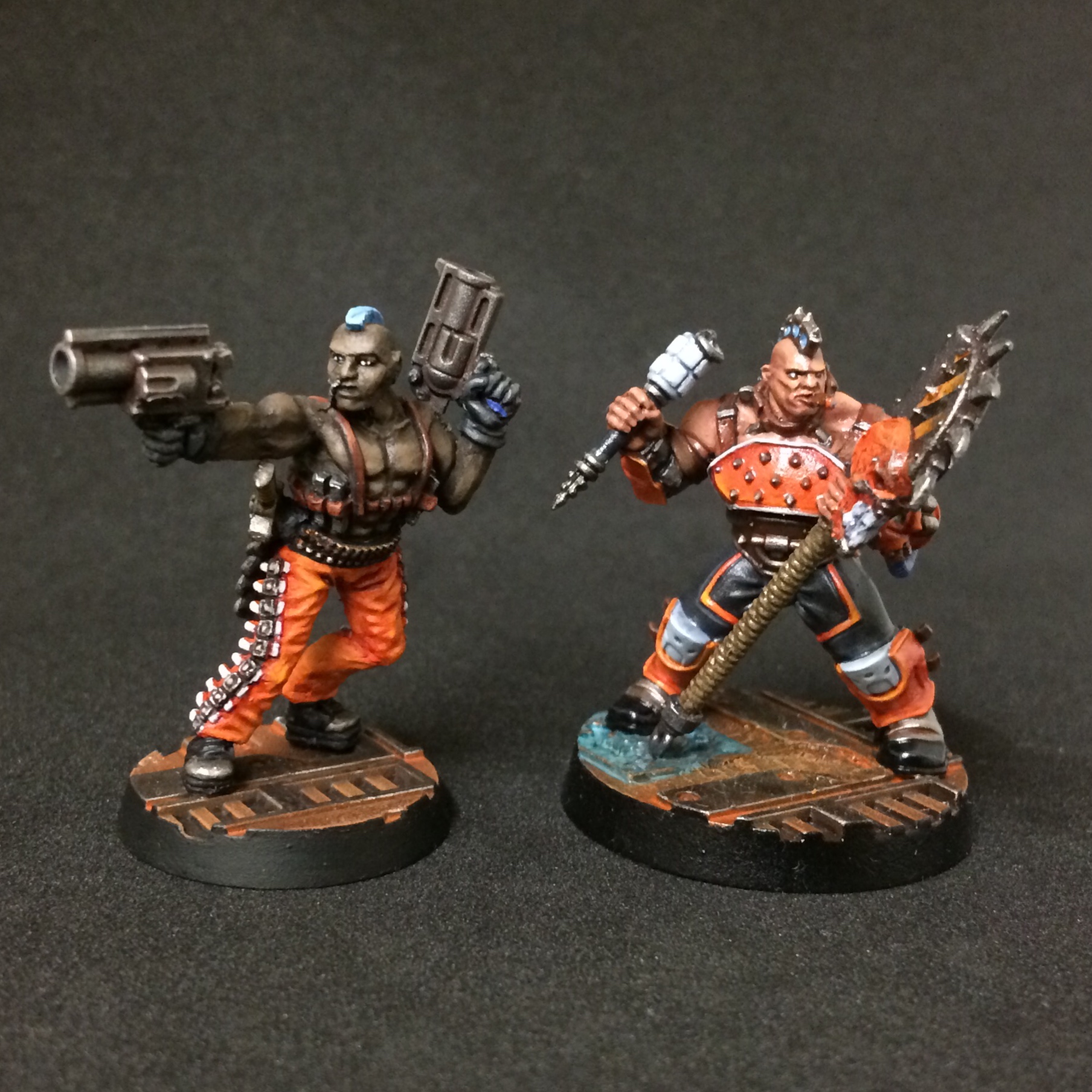 Between Juve and Goliath Champ.
As you can see he’s quite big!! Plus with the chest harness he fits in quite well, being muscular but not supersized or armoured.
I for one am very glad I never have to paint those trousers ever again though!!!!

The ‘Scabies Punk’ pack had five figures in, two of which are cool looking punk girls who have now been co-opted into the Escher!! They’ll get painted whenever I get round to the Escher. The others may well end up as scummers.
Last edited: Mar 11, 2019
Reactions: trollmeat, ThreeDice, prewarsalad and 9 others

Ok, it’s been a while. I’ve sadly been very busy with a recent bereavement. I don’t have a lot of time for painting or other stuff.

I’ve drifted back to the forum recently though and although I haven’t made any progress past Stanley for my Goliaths I did paint up a test Cawdor back in early March (because I can’t stick to one thing apparently).

So I’m posting him up here!

This is Brother Ventaille, a Cawdor Ganger. 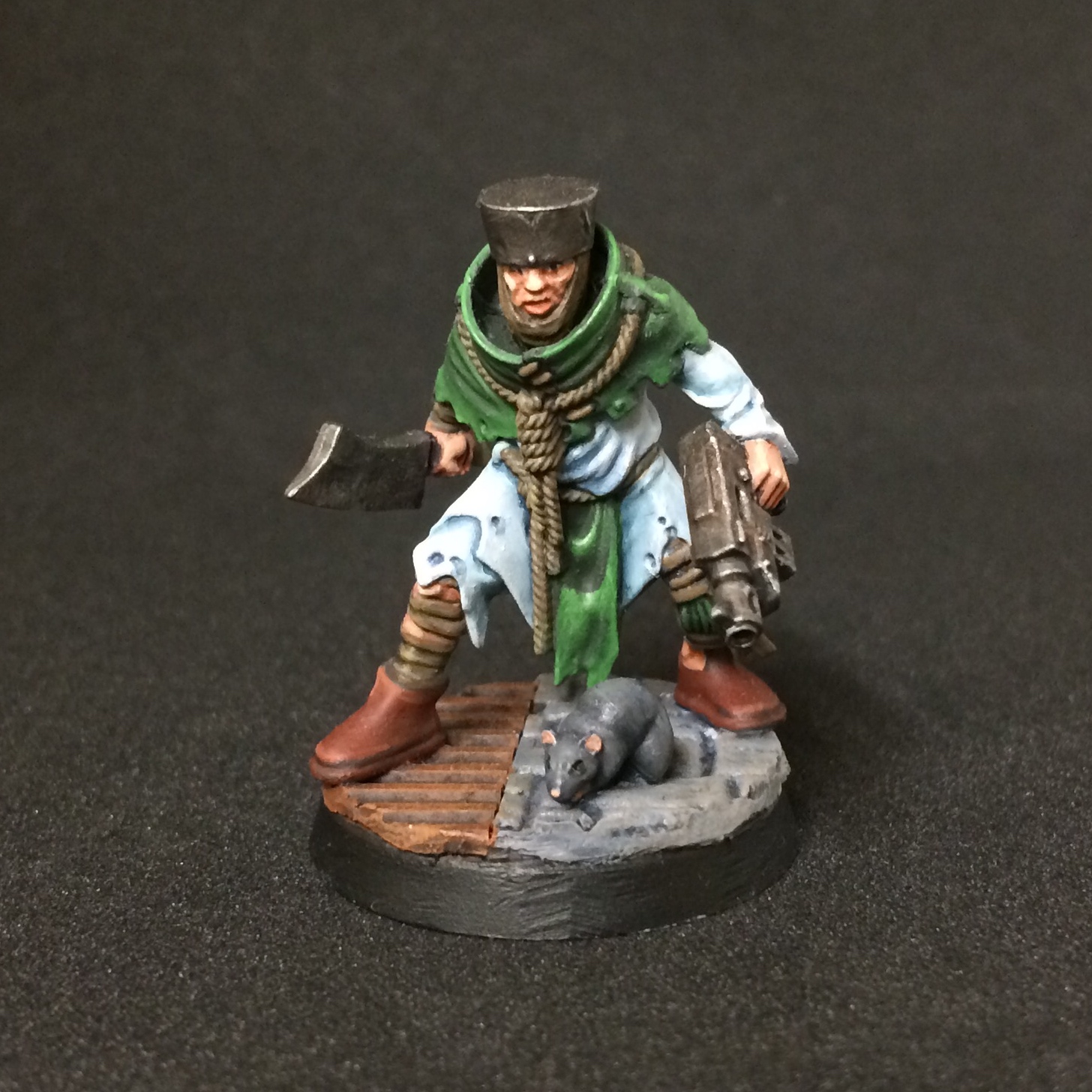 The colour scheme is based on my old 1996 Cawdor green and white one, just updated to be a bit grungier (but still bright!!). 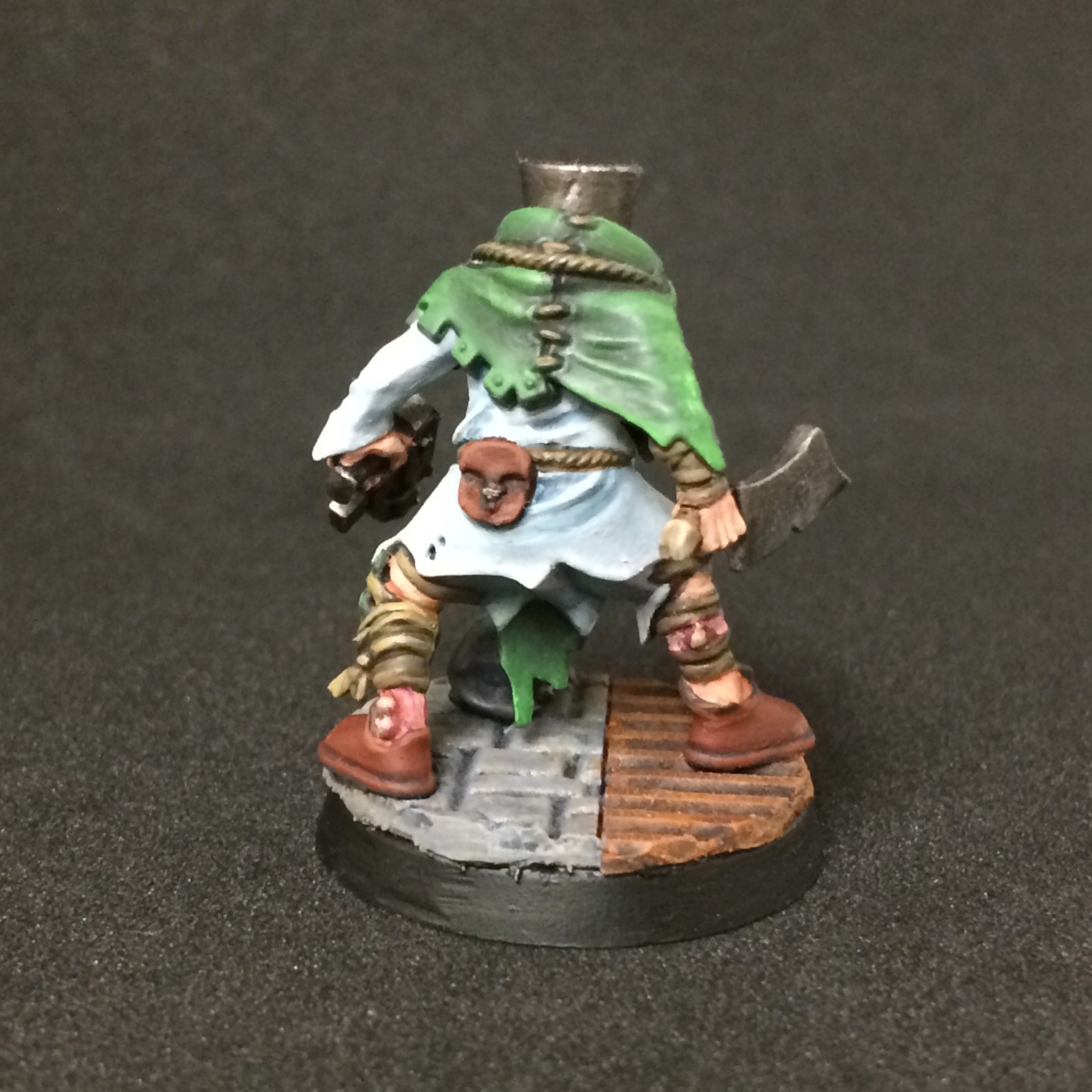 Cawdor Ganger.
I’ll continue with my Goliaths soonish. But at least I kinda know where the Cawdor will be going when I get them started!!

I also have a load of name plates for my Gangers now too, so I’ll have to get gluing them on when I get time.
Reactions: spafe, Jembo17, trollmeat and 10 others
Show hidden low quality content
You must log in or register to reply here.
Share:
Link
Top Bottom