Ork arms. Original goliaths totally had Ork arms. They gave up their necks for them.
Reactions: MusingWarboss, Deleted member 10658 and trollmeat

Ok, as I’ve not really made much painting progress on my NeoGoliaths I think I’ll post up a few photos of my 2007 conversions of the 1995 plastics.

The only thing that may happen to these guys is I may repaint the rims of the bases to a sandy colour for Gorkamorka purposes.

So for starters how about a trio showing Goliaths through the ages? 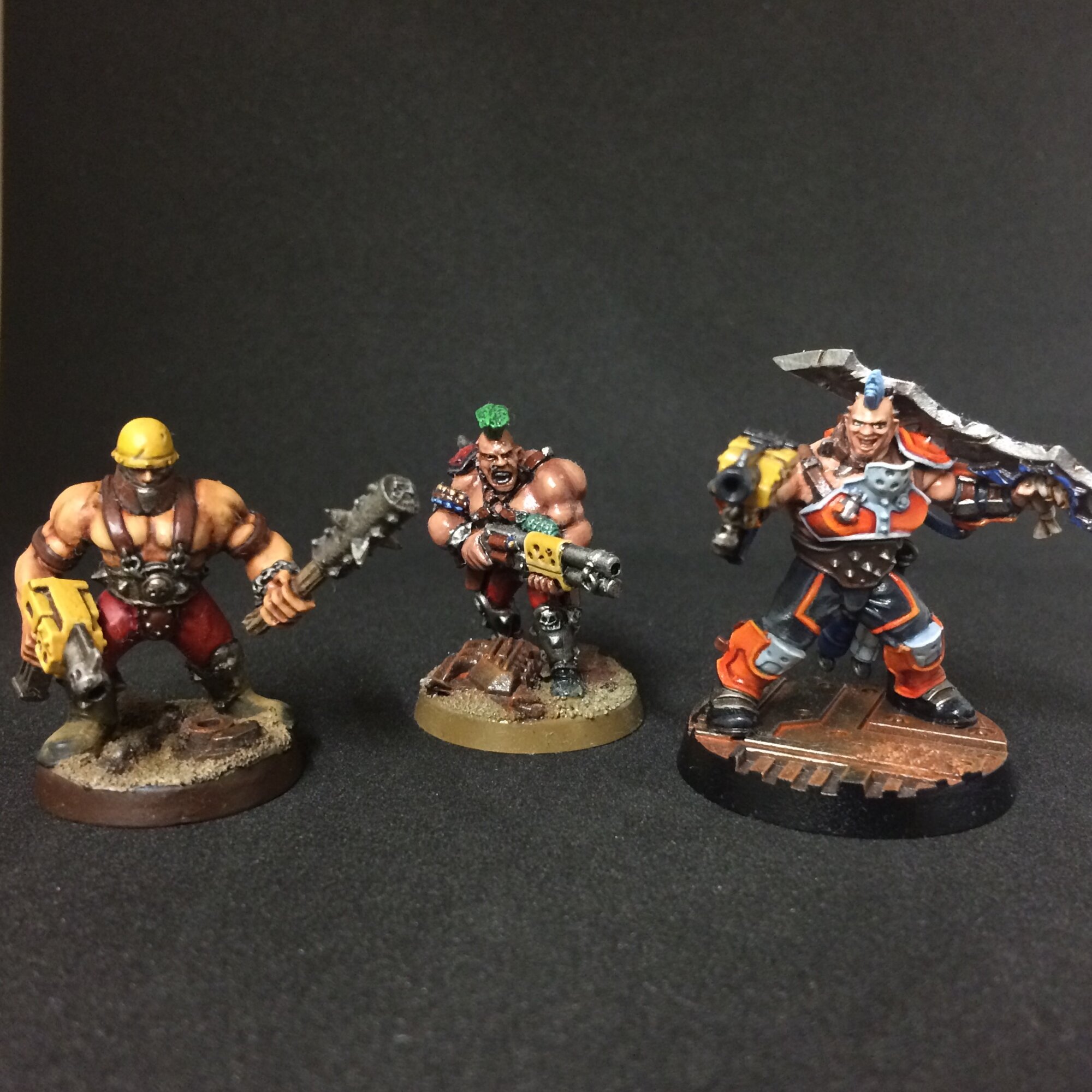 Goliaths Through the Ages 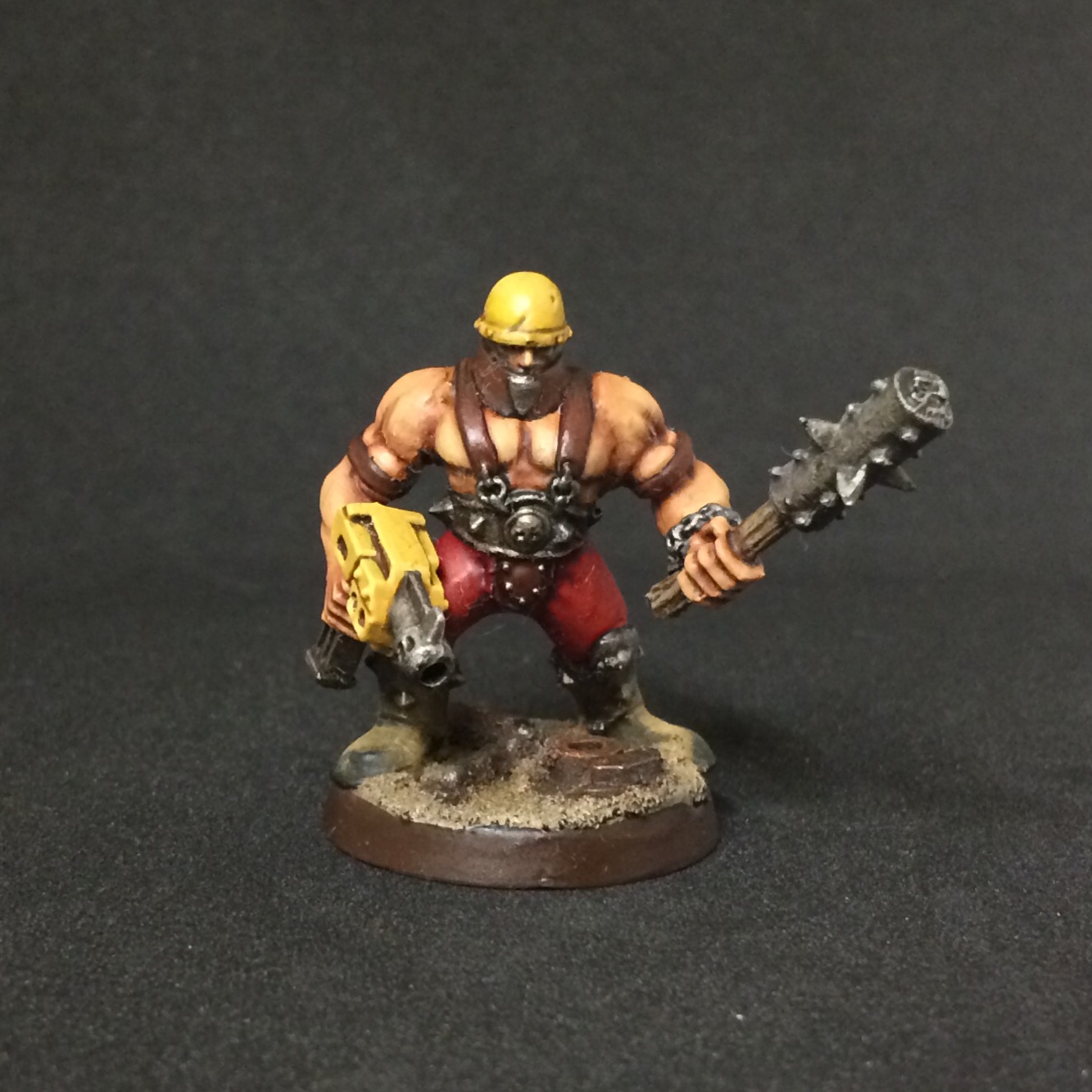 Back with more 2007 Converted Goliath-ness! 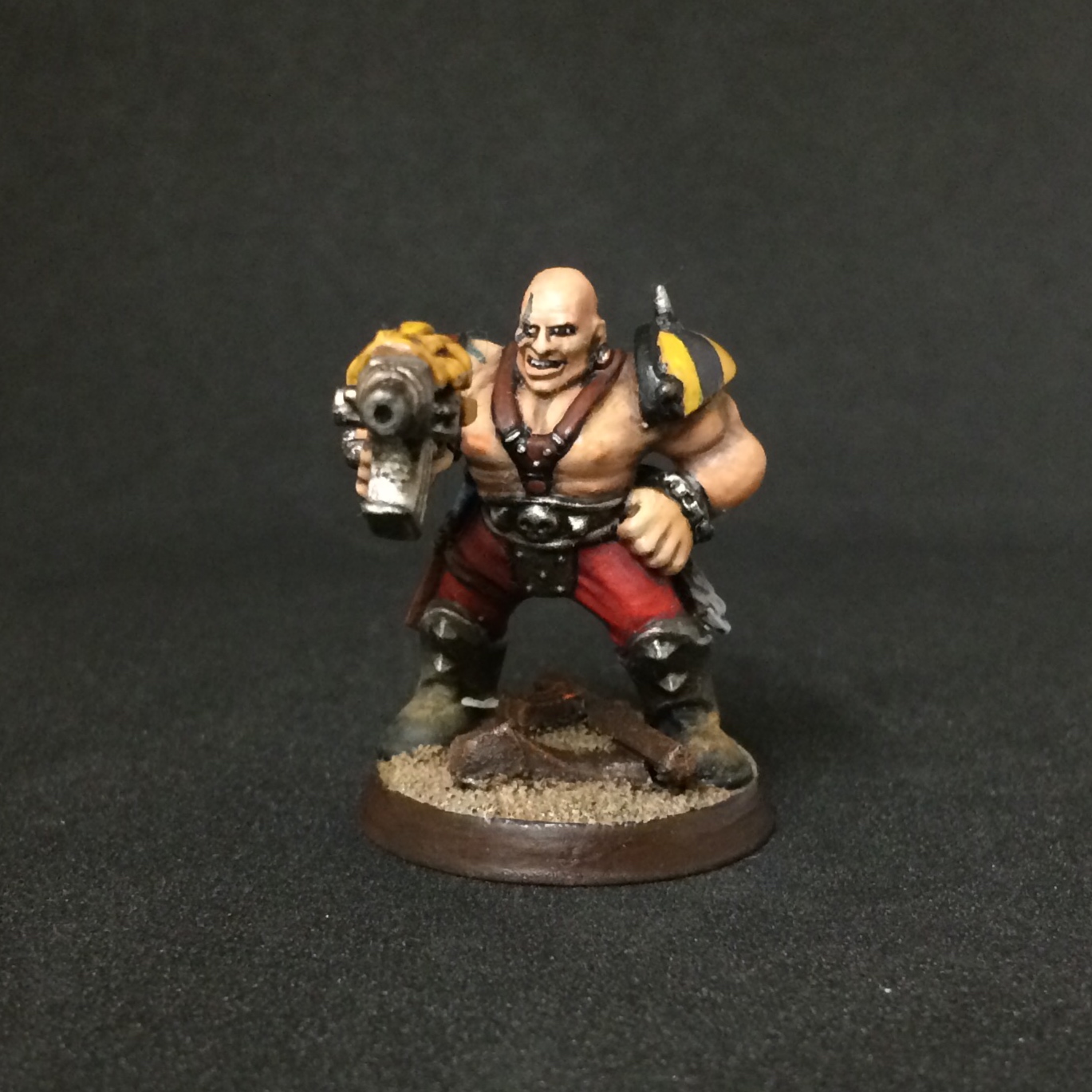 Ironic that in the new edition the Axe is actually a pretty decent weapon option! 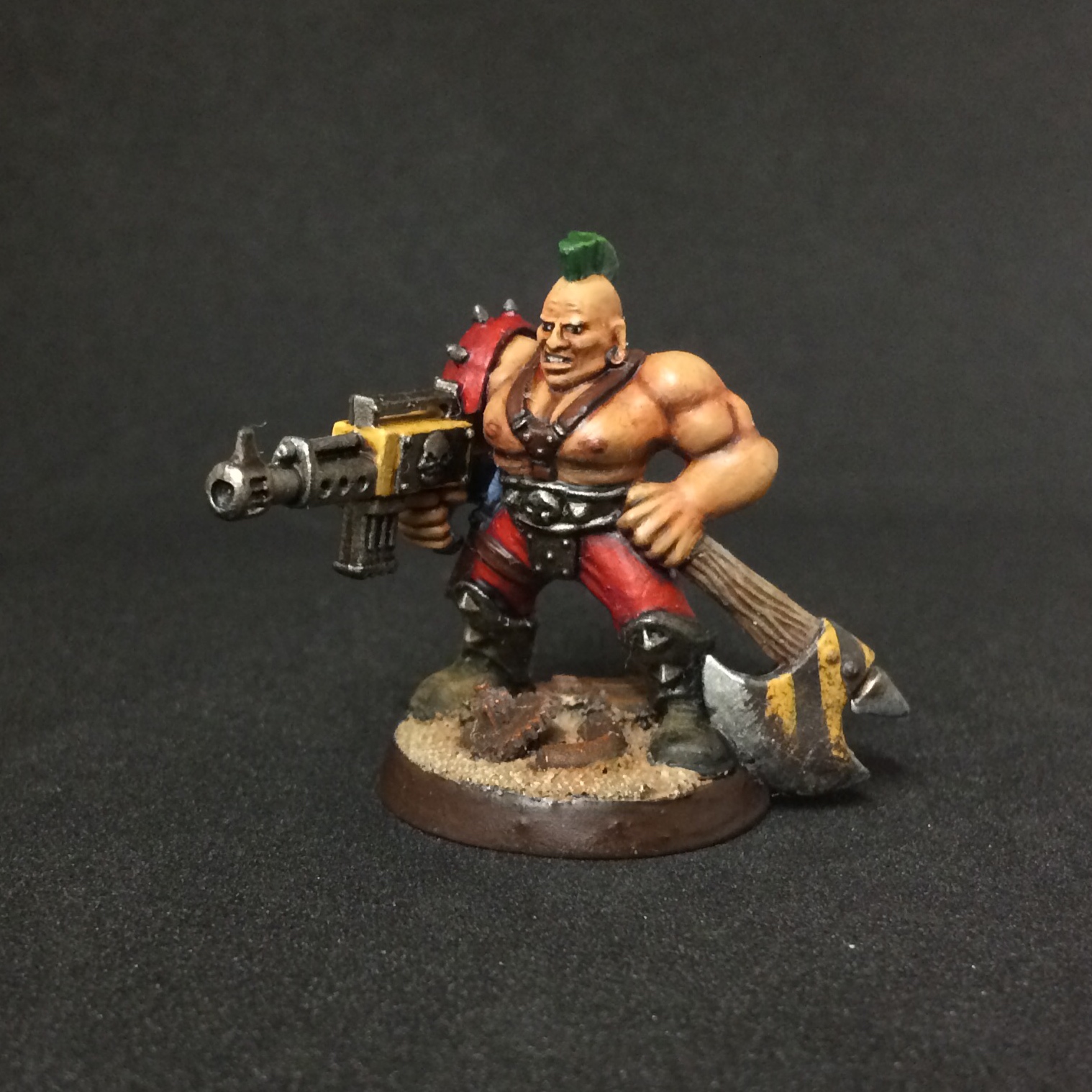 This guy ^ was the first of the 2007 conversions. It’s pretty minor really but effective.

My idea for these guys is that they live in a junkyard and lift heavy stuff around all day. Classic hazard stripes aplenty!
Reactions: Deleted member 10658, trollmeat, Morghot and 6 others

Awesome! Make another dozen mini-tools and offer them as tribute to the next yak competition winner(s)? :-D

So here’s a couple more in this thread (they’re all in the album if you want to directly see them): 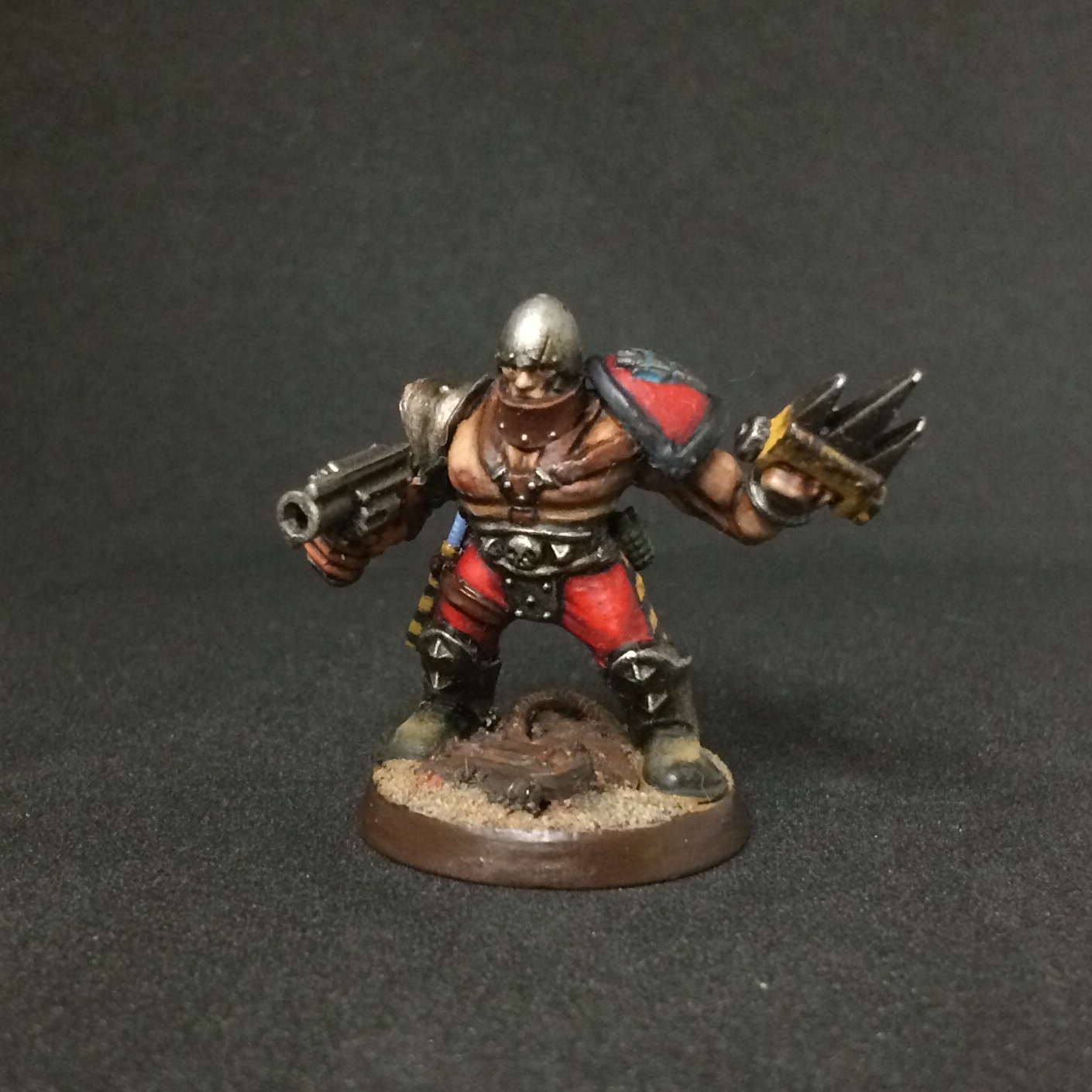 This guy is a pit fighter on the side to earn extra creds. 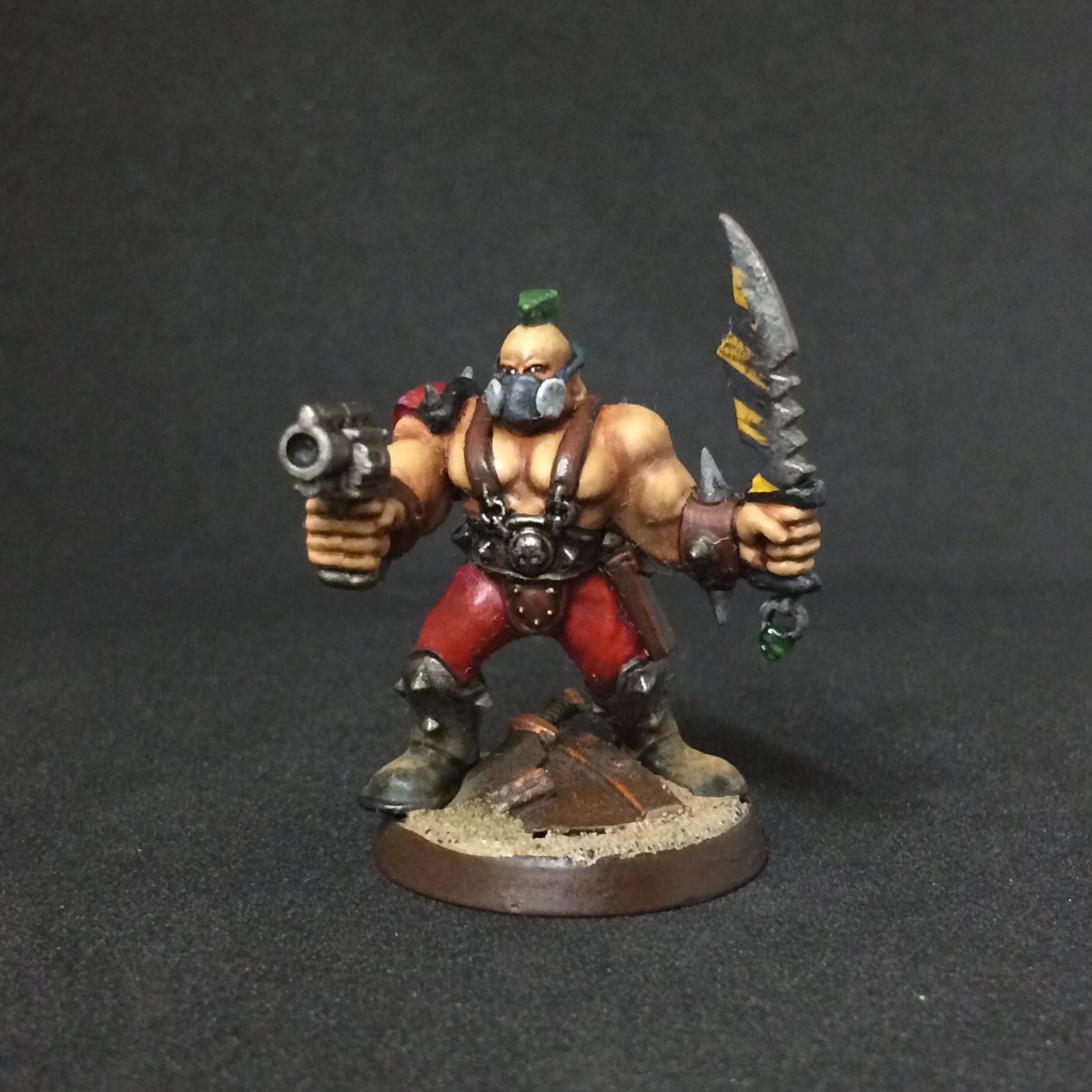 That face needed... err... covering. So out came the Greenstuff and a rough but ok mask whipped up!
Reactions: Scavvierising, Ben_S, Nuttowntau and 4 others
D

I am always happy to see a good conversion of those terrible old plastic Goliaths. Great work
Reactions: MusingWarboss

Whoops, forgot to post the last ones up in the thread!! I’ll catch up now. 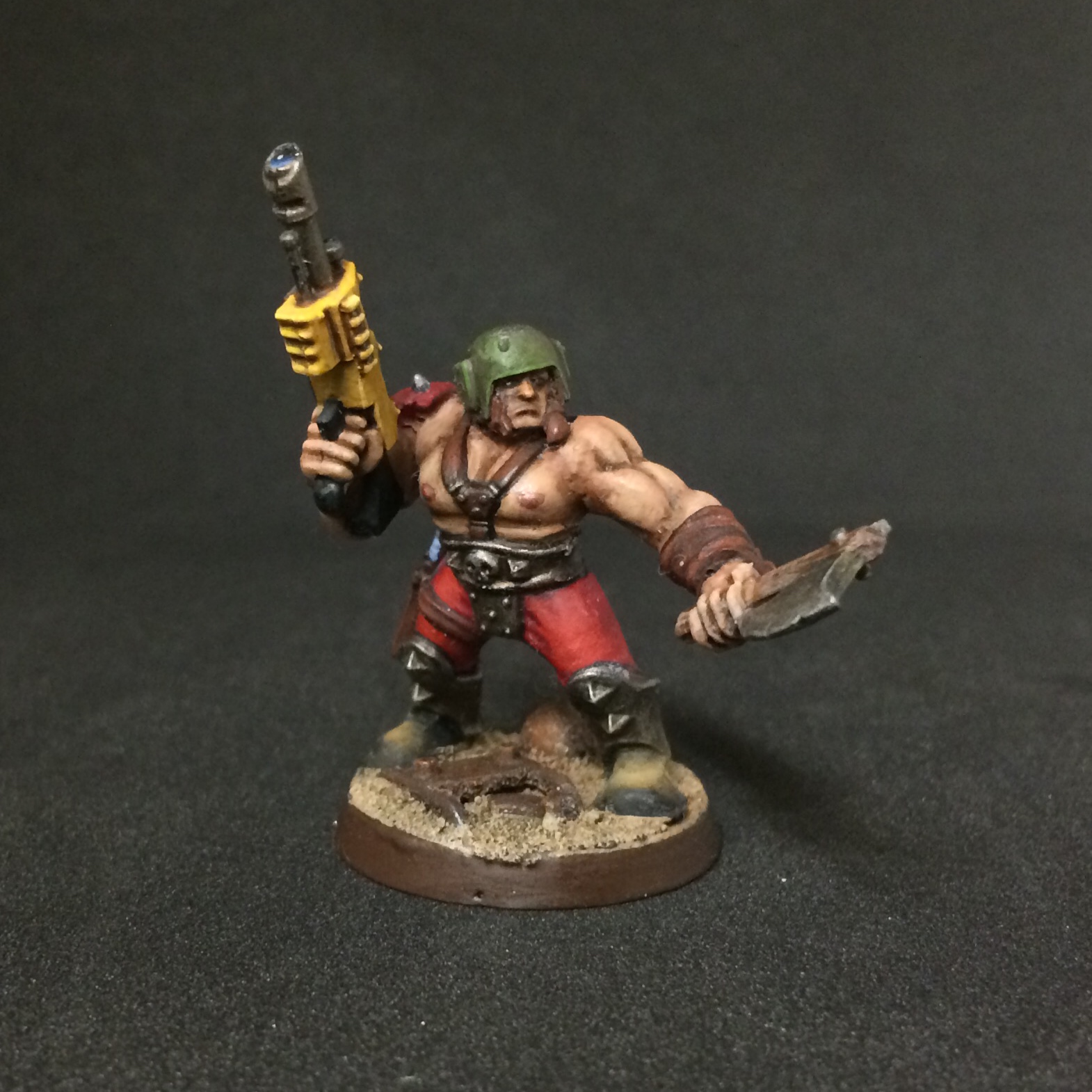 Sarge. Ex-military, he got to keep his de-mob gear the trusted Lasgun (stop hissing you!! They *can* have them they can!!!) and helmet.

Was originally the leader as he knows how to handle difficult men (now... just stop it. Stop it. There’s nothing Blue Oyster Bar about these Goliaths) until his replacement took over... Chubby Stud. Then they became Chubby’s Boys.

I haven’t actually finished painting Chubby up yet though. 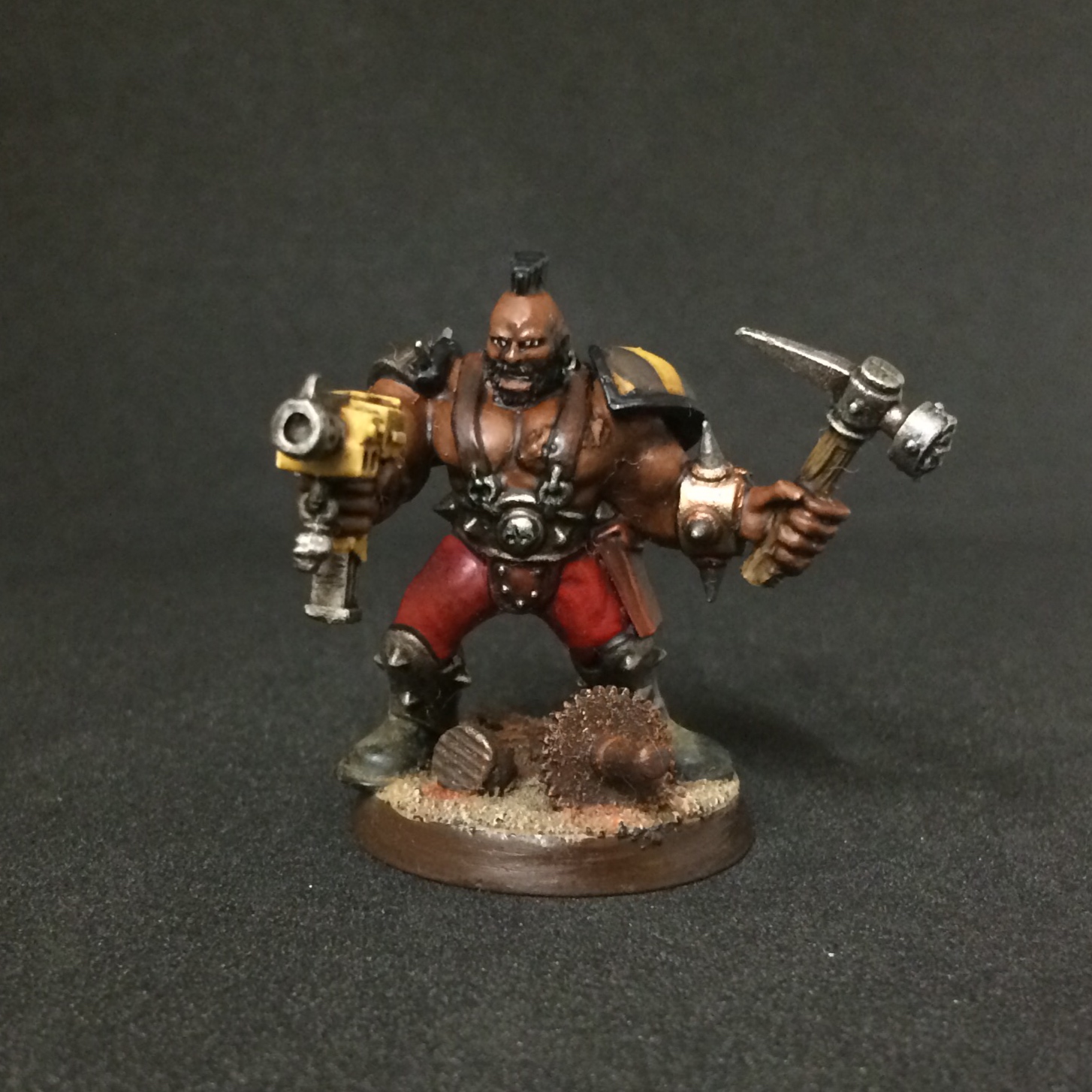 I pity the fool that takes this guy on.
I pity the fool who goes up against this hammer wielding maniac!!
Reactions: Scavvierising, Mutant Modifier, Deleted member 10658 and 2 others

Impressive work with those... less than desirable.. plastics
Reactions: MusingWarboss 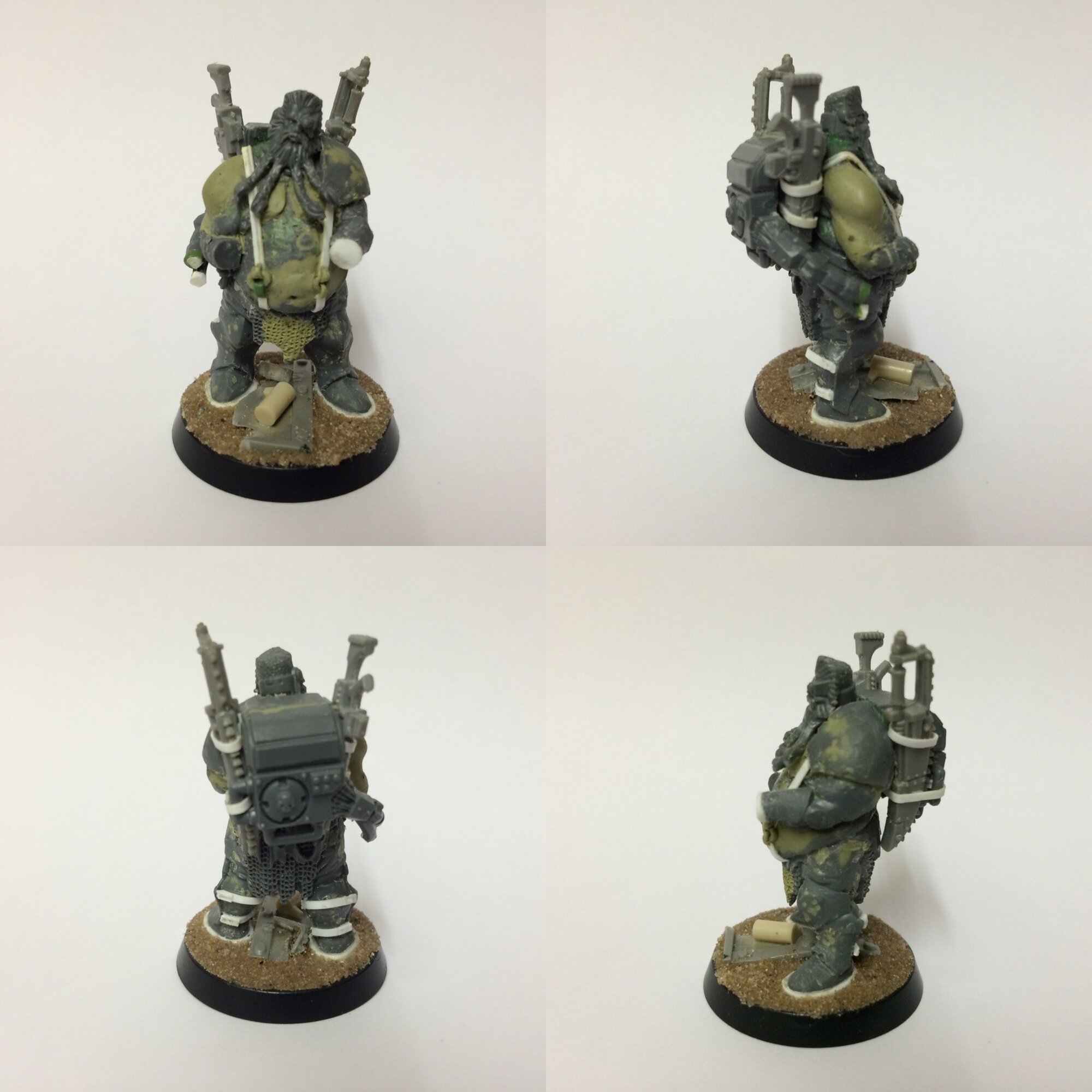 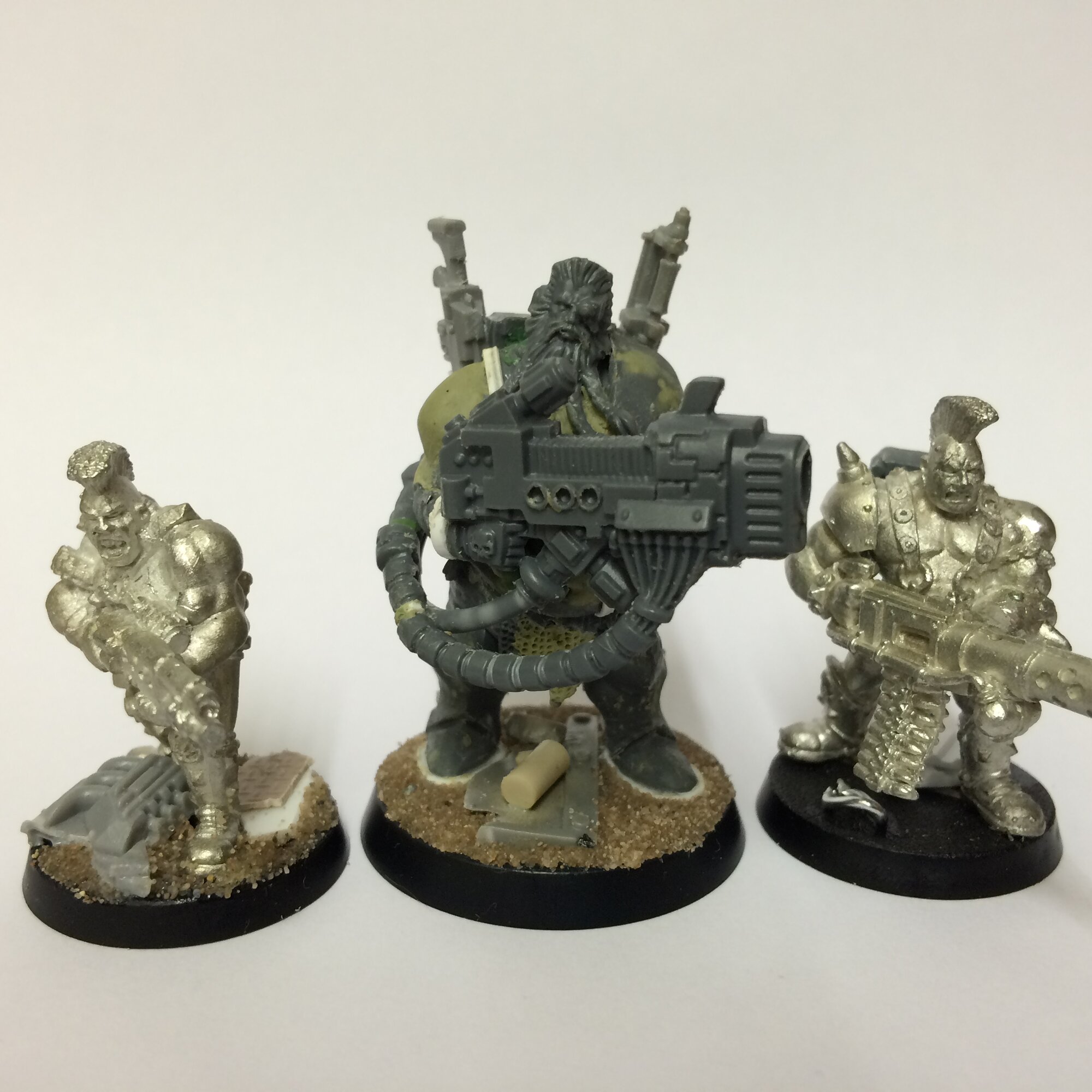 He is going to be really cool.
Reactions: MusingWarboss

with your fluff and naming... are you sure there’s nothing Blue Oyster Bar about them?
Reactions: MusingWarboss
B

I wasn't so keen on the Bret head on the first one, but that Pit Fighter one looks great.
Reactions: MusingWarboss

With Clint I was going for a hard hat look. Hence the yellow.

Pitt though does look cool. The Gorka Arm really sells the fighter look.

The original name for the Gang was “The Fista’s of Battle”.

I know... so childish, so un-PC these days but back then... #ItWasAlrightInTheNoughies

With a minor update.

So, I’ve had Harris sat about for possibly half a year and I wasn’t completely happy with him. So I decided to rework the stubgun arm.

So now like a true Goliath, he’s got his chopper out! 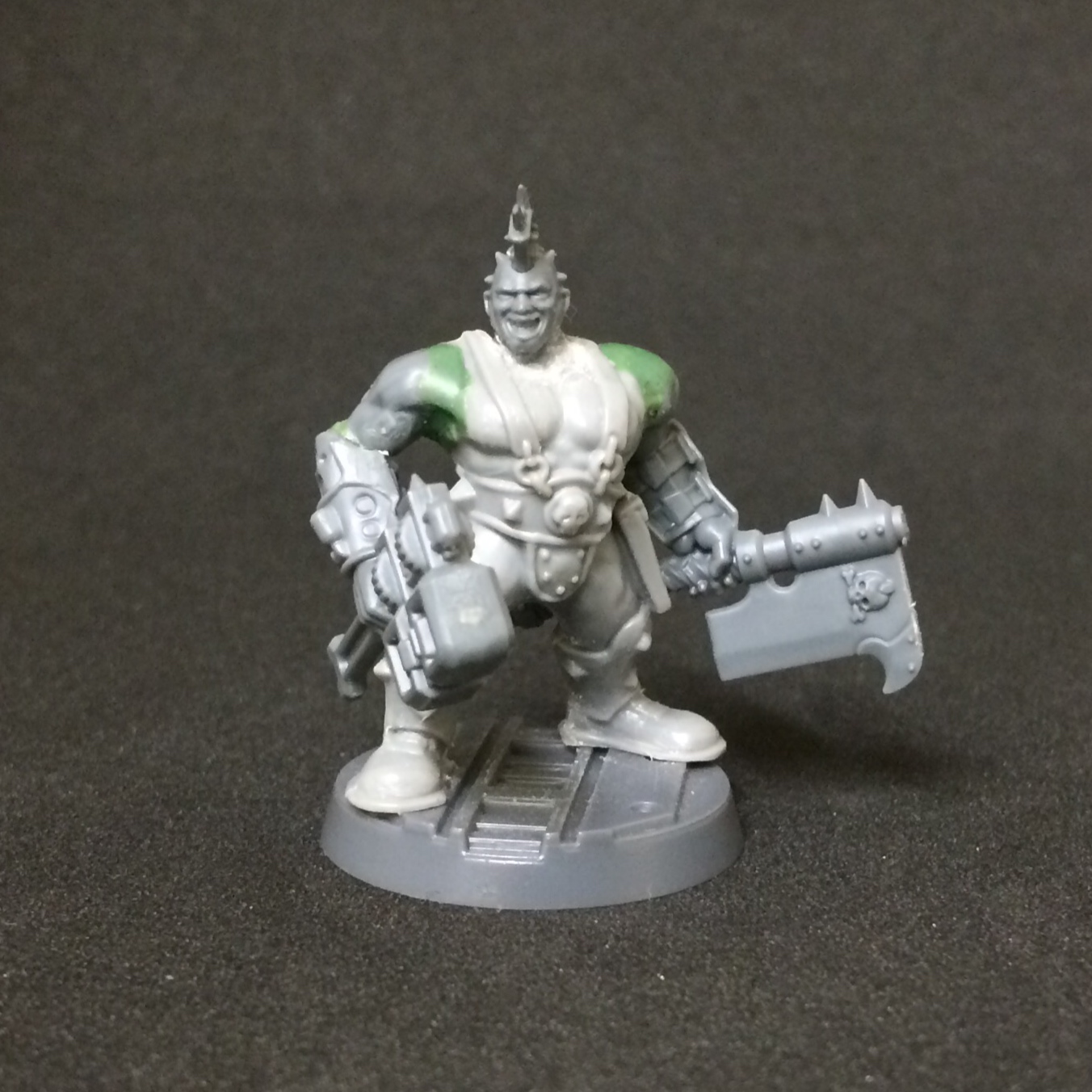 I’ve reworked my Classic Goliath into a Juve. Now with added chopper.
I figured he had a holster already and it’s clearly got a pistol in it... so, yeah. That can be any pistol really bar a plasma or the likes.

I actually prefer this pose, he looks cooler. Also I rather fancied having a spudjacker and brute cleaver model and frankly didn’t want to waste a new Goliath body!!!

On the Juve they go! Will he be viable?? Who cares. Rule of cool. 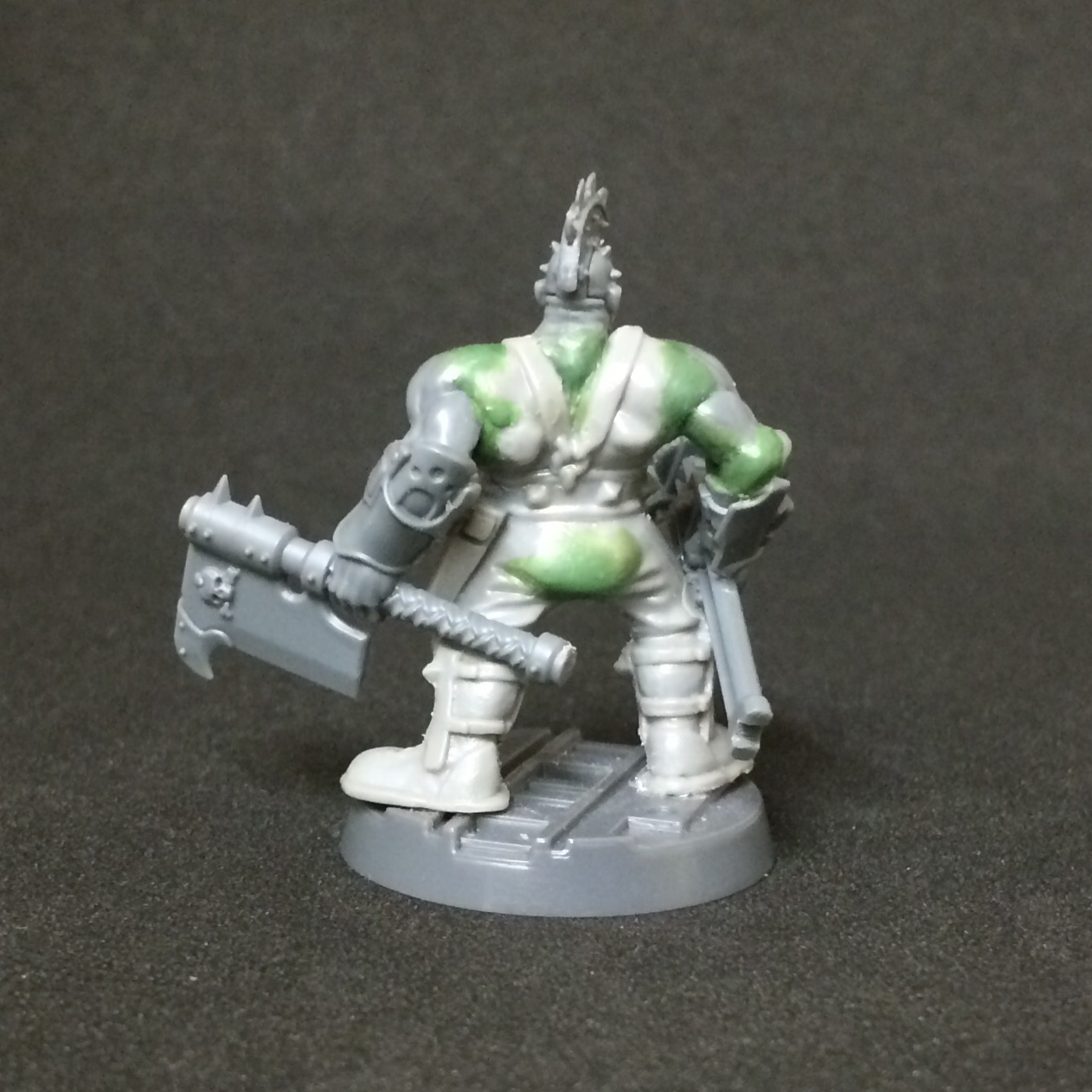 I’ve reworked my Classic Goliath into a Juve. Now with added chopper.
Reworked the muscles. He’s still gorilla armed but then again these plastic guy’s original arms were like that!!

Do you prefer him now or before??*

I think that’s one of the best conversions of the frankly terrible original plastic goliaths I’ve ever seen!
Reactions: trollmeat and MusingWarboss
Show hidden low quality content
You must log in or register to reply here.
Share:
Link
Top Bottom