So any news? Or are we still fishing in the dark?

oddball300 said:
are we still fishing in the dark?
Click to expand...

Look into the glorious orange light - it will all be ok. 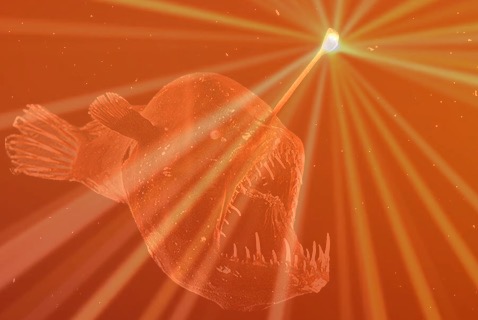 Hey, sorry, I have been avoiding the fact that I haven't got the draft up. Here is some news on my end:


The communications manager at Rogue Factor very recently parted from her position with the company, so the rough draft of a post I can make here from my visit was approved but I am now directing contact with the company's manager Yves Bordeleau. I should have the run through wrapped up and have a post made here of my trip put up later in the week, but given that with a nondisclosure there is not much to go on, so probably no more than one or two questions posed here that I may in turn be answering.

I am hoping to maintain some sort of discourse with the company leading to their 2019 release, and then I am hoping I can get a lot more talk from them about the project. So like spring 2020 is the actual release date you should remember
Reactions: 9thandBaklavey, oddball300, SumpRat and 1 other person
O

Well after hearing back from the RF manager he hopes to be able to keep communications going as early 2019 greets us as it sounds like they will have more available to talk about.

I was hoping to have a bit more of a written piece here talking about the studio, folks working there, why they like being in the video games industry. Sounds like that will be more for post release sort of thing. There was a team busy working on making sure the PC game would translate over to consoles, another doing art design and what was cool there was that they were actually involved in the art design for N17 as well. I don't know if Guy England or any of his team's names are in any of the Gang War books, but it sounds like GW utilized the Rogue Factor artistic design end to expand on creative submissions for their general aesthetic revamp of Necromunda. He was very interesting to talk to and I got some great feedback on his involvement in the miniatures games hobby, but that is more fodder for The Loaded Dice: Episode III...
Reactions: Paupoi, DArquebus, cardyfreak and 7 others
O

Very cool man will have to give it a listen
M

Love Mordheim game (one of my all time favourites and I play A LOT as a video game designer), can't wait for Necromunda one.
Reactions: Chivers7 and SumpRat

Been a long time since we heard any news on this. Still no gameplay footage, not a good sign. Supposedly it would release in 2019 but if another 3 or more months go by without any news i'm going to start expecting a 2020 release.
Reactions: Paupoi

They were confident on 2019 when I travelled to Montreal to speak with the team in person. I chalk this up to "GW does not discuss upcoming material when they dont want to".

This is par for their course I feel. One day before release they will let us know....

"look how popular our new space quest game is. do we still need to pursue a Necromunda video game? what if we just change the skins and make it blackstone fortress?"
Reactions: HorribleHedgehog

So no news at all for some time?

Is this a real-time game or a strategy game like the time-eater Civilization?

all I know is, its not an MMORPG, so I lost interest...

Kitcar said:
Is this a real-time game or a strategy game like the time-eater Civilization?
Click to expand...

It's turn-based, but probably as far removed from Civilization as a turn-based game can be. I think it will be closer to stuff like Worms, Hogs of war, Valkyria Chronicles or, you know, Mordheim City of the Damned.


Official website said:
Necromunda: Underhive Wars is the first video game reimagining of Games Workshop’s iconic tabletop game.
With a unique setting and grounded perspective of the Warhammer 40,000 universe, it features a new take on the franchise and blends fast-paced tactical combat with RPG elements and deep unit customization, coming to PlayStation 4, Xbox One and PC.

The turn-based tactical gameplay pits you against rival gangs in brutal gunfights, taking place in huge, vertical environments. Necromunda is a planet covered in poisonous ash wastes, compelling its population to live in Hive Cities, massive man-made structures built up over thousands of years only to serve one purpose: provide to the Imperium. In the capital, Hive Primus, the rich and noble live above the clouds in the Spire while the poorest and worst-off live in a massive and forgotten subterranean depths known as the Underhive.

You will command one of Necromunda’s iconic gangs, embracing anarchy, violence and death in an endless war for control to dominate this hellish place. Use raised walkways to push a high ground advantage, set traps for unwitting victims, and ambush your foes to force them into fierce melee engagements. With each battle won, your fighters can grow in power, earning advanced skills and equipment, but beware! Even a victory may result in casualties. Deaths and injuries are permanent, and you’ll need to live with the consequences of every decision.

For an even deeper challenge, Conquest Mode offers endless gameplay featuring 4X mechanics between the turn-based battles. Fight over key territory to take complete control and prove your gang as the most fearsome in the Underhive! Every fighter is customisable in loadout and appearance, letting you change everything from body size to armour and weapons. Take your unique gang online, challenging other players in competitive online multiplayer.
Click to expand...

I heard two weeks ago from Rogue Factor that yes they would have some stuff to talk about, but then there was a complete flop on their follow up.

The routine on my end seems to be pester them to see if they will interact with us, eventually after asking multiple times I get an email saying "yes! Much to talk about!", and then never hear anything. Continue process, no forward progression.


It is very frustrating. Any questions about gameplay or game design I would say it is likely going to be fairly close in suit to the Mordheim game they released before this one. Anyone interested to get more insight to the game should check out the Steam release of Mordheim: City of the Damned or watch some videos on youtube that talk about that game's design. Its probably the most MMORPG version of Civilization there ever was, but dont take my word and check out the Mordheim release for insights.
Reactions: Petitioner's City and spafe
O

I guess its a loose lips sinkmships philosophy or a power struggle deal between deveolper and ip holder
Reactions: spafe
Show hidden low quality content
You must log in or register to reply here.
Share:
Link
Top Bottom