N18 Palanite Enforcer box and WYSIWYG - Unsure about pistols in the box: New player needs some help and advice please

I wanted to start playing Necromunda since 2018 and I bought the starter box of Hive Wars but it was unopened for years now because I had no one to play with in my area.

Now a friend wants to play and I bought Palanite Enforcers and as soon I was at home I started to assemble them.
I took a look at the manual and coming from Warhammer 40K I have to admit I'm not used to this kind of freedom.

There is one thing that drives me crazy: Somewhere I've read that Enforcers come with free stub guns. In the box there are lots of stub guns and lots of holsters with guns. They look the very same so I figured: hey, that have to be stub guns and holstered stub guns.

Then I saw that there should be autopistols in the box.

I'm really confused because the silhouette of the holstered pistols looks 1:1 like stub guns. -.-

So how is this handled usually considering WYSIWYG?
Can I just say: those holstered guns are stub guns before the game and is this allowed?

And another question: I could find nowhere information about how many guns or weapons are allowed on a mini? Like, I am allowed to Carry two pistols for dual wield and a concussion rifle?

I don't think the Enforcers have an official auto-pistol model (unfortunately). Almost every player should be ok with holstered pistols being used to represent any pistol though.
While not universal, It's also commonly accepted that small weapons like pistols and knives don't have to be modelled on the miniatures.

Most fighters can carry up to 3 weapons of any kind (bounty hunters have a special rule that let them carry 5), with some weapons taking up 2 slots instead of 1 (mainly weapons with the Unwieldy or Paired trait). This rule can be found on the 'Gang composition' page for each gang, for instance:

The Book of Judgement page 29 said:
A fighter can be equipped with a maximum of three weapons. Weapons marked with an asterisk (*) take up the space of two weapons.
Click to expand...

Ok, thank you so much for the clarification. I was worried to build my gang the wrong way. This helps a lot!

Thorgor said:
I don't think the Enforcers have an official auto-pistol model (unfortunately). Almost every player should be ok with holstered pistols being used to represent any pistol though.
Click to expand...

Ah right! For visual reference, it's the weapon this guy is using: 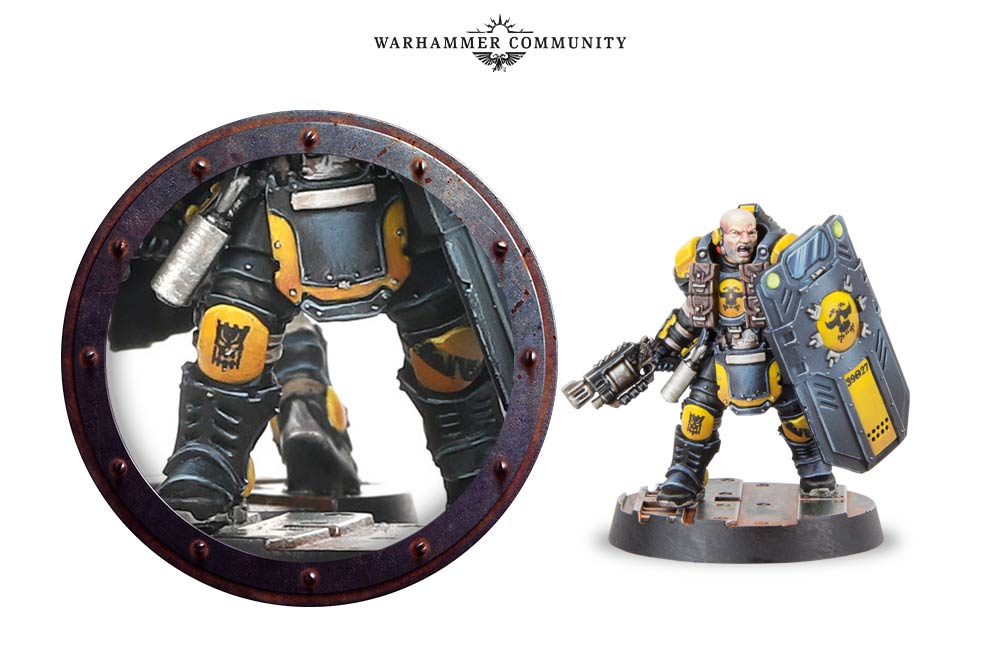 Reactions: JohnKree and JayTee
Show hidden low quality content
You must log in or register to reply here.