Back to running a Necromunda campaign at Good Games Rockingham. Of course there's going to be a reference to the Long Drop campaign, in the form of enforcer Mack Crator and his Delaque frenemy Hari Mata. After the Long Drop dome got overrun by Redemptionists, Crator and Mata knew that someone was going to get the blame, and that it wasn't going to be them. So he dug up a boxful of gelt that he'd been putting away for a light-cycle of excessive roof condensation, had Hari patched up by tech-adept that owed him a favour, and the two of them got as far away as possible.

They only got about 50 kilometres, but in Hive Primus that might as well be a different planet. Specifically, they got to Phosphorus Gulch, a settlement out towards the edge of the hive. It got its name from the canyon eroded into the domes by eight thousand years of industrial effluent, and levels of toxicity that ensure anybody living there more than six months lose all their teeth. But it does have the most popular sex workers in that part of the Underhive.

Of course, since a single boxful of gelt can only go so far, Mack and Hari still needed a job when they got there. So they've teamed up with some like-minded individuals and become bounty hunters.

And it's not like they have a shortage of targets, or clients. Including a population of mutants so degraded it's not clear whether they started as humans, or something else. And despite their tendency to repeat words, they're cunning and resourceful enough that the local Guild of Coin actually uses them to enforce tolls and keep certain tunnels open.
Last edited: Aug 25, 2019
Reactions: Draconic and MedMos

Oooh, looking forward to this! Usually some good games coming out of Rockingham.
And sorry to nitpick, but I think the double negative in the last paragraph means that there IS a shortage of targets...
D

MedMos said:
Oooh, looking forward to this! Usually some good games coming out of Rockingham.
And sorry to nitpick, but I think the double negative in the last paragraph means that there IS a shortage of targets...
Click to expand...

good point Aramis should have his ratties painted up by tuesday too, so I'll get more photos.
Reactions: MedMos
D

Mack looked down at the customer passed out in the back booth, nostrils stuffed with one of the more colourful chemicals that encrusted the pipes behind their new place of business. The ex-enforcer sighed, pushed the scumsucker out of the seat, and waited for the rest of his crew to take theirs.

"Everybody comfortable? Thirsty? Hey! Moira! Drinks all round over here!"

Mack unzipped his overjak and pulled out a wad of Wanted posters and crude maps of the badzones around the settlement.

"No shortage of business this month, at least. One of the guilds wants that Cawdor clan cleared off out of the dumps under Sulphur Crest, and those ratheaded beastmen have annoyed the Corpsegrinders. Can't imagine why."

"Don't want to imagine why, boss."

"Anyway, Xrinax is willing to let us have a crateful of stuff half-price, if we do him some favours next week. So we should have more than enough guns to deal with a bunch of disgusting, degenerate corpsef***ers. And the ratmen too."
Reactions: Draconic and MedMos
D

Things have not proved as simple as the Venators had anticipated, unfortunately. Not least because the Cawdors proved willing to set their own members on fire, and some of those ratmen are over three meters tall. The Venators do seem to have discovered the lake of radioactive effluent and mutagens the ratmen crawled out of, however. Hopefully the bountyhunters will be able to stop the Cawdors and the ratmen from gaining control of it, since the stuff is ideal for improvised chemical weapons, and nobody wants a faceful of abhuman afterbirth. The stuff that rained down on them during the whole skirmish was bad enough.

"I thought we'd already killed this bastard!" spat Tubal, as he ducked back behind the pipe and loaded another drum into his autogun. Over the crack of lasguns, roar of autoguns, and the echoes of the gunfight off the walls of Sludge Canyon, there was a DOOM DOOM DOOM as the giant mutant charged across the pontoon bridge.

"I thought we had! There can't be that many three-meter tall mutants down here, can there?" hissed Spider Antioch, as he ducked more fire from the ratmen and their tallymen allies. He swore and stamped at the tentacles grasping at his ankles. "And where did all these sludge jellies come from?"

Spider popped up behind the jetty's balustrade and aimed his plasma pistol at the slavering beastman now halfway across the bridge, and prayed to the God-Emperor that it didn't blow up in his hands again. Maybe if he hit the mutant in the face?

He staggered, as another tentacle tugged at his leg. "Frak!" He missed the aberration's face, and instead the ball of plasma struck it in the ankle. The mutant howled, and tumbled off the bridge and into the slowly-flowing effluent.

"Huh. I guess the Emperor is with us for once." muttered the bountyhunter, as the mutant attracted the attention of more sludge jellies, and howled all the louder.

Tollbridge scenario - A win for the mutants, who get to hold onto their highly profitable monopoly. The sludge jellies infesting the river certainly didn't help, and nor did the bounty-hunter's boat capsizing the moment the venators jumped onto it.
Reactions: Draconic and MedMos
D

Mack raised the infra-sight to his eye and peered through the murkiness filling the air. The mutants and that Orlock gang were out there somewhere, and probably armed to the teeth, but he was more concerned by the mounds of stuff covering the floor of the dome. "What?"

The former Delaque next to him shifted, and whispered "What's up?"

He gestured to the rubble and pipe-filled plaza in front of them. "I'm pretty sure the scum are in the hab-block over there, I can see something moving - and the 'locks should be in the building over there - but there's all this stuff moving between us and them and it doesn't have a heat signature."

"Eh? It's too dry for sludge jellies."

Hari scanned the ruins of the dome, and frowned. "I think they're... plants?"

"Really? Huh. So plants are a real thing. uh... are they supposed to be crawling around like that?"

"What? No, they- frak! It's grappleweed! That stuff hunts people!"

The hive scum that the Guild of Iron had provided shuffled over.

"You're quick on your feet, right? Think you could dodge past those plant things and lure them off towards the ratmen?"

Threeway game in a Jungle Dome infested with grapple weed and brainleaf. While luring the plants off towards the Orlocks and mutants was a good idea, only the rat-men had any weapons that could hurt the plants, and the Orlocks wisely retreated to the very edge of the dome to let the plants, ratmen, brainleaf zombies and venators to settle things among themselves.
Reactions: Draconic
D

"What kind of MORON thought you could smoke grappleweed???"

Mack and his team of troubleshooters stared into the sub-basement of the Sugarhouse. appalled. Moira had asked them to check why the fumerie spouts had stopped working, and from the looks of things, it was lucky the customers upstairs weren't already out of their heads on the spores.

"You ... stupid..." Hari was almost lost for words. It looked like whichever enterprising narcofarmer had tried to set up a hydroponic tank for grappleweed, hadn't expected it to climb out and go on the rampage. "How the in the name of the Emperor's Hairy Balls are we supposed to deal with this???"

Even over the crash of smashed tanks and smoke-concentrators, there was a collective hiss of outrage at the blasphemy. A dozen heavily armed Cawdor scum, evidently equipped to do some sabotage of their own, glared at Hari and Mack over the barrel of their flamers and blunderbusses.

Hari sighed. "And that's the icing of a big rat-turd cake, isn't it?"

REEFER MADNESS : Sabotage mission by the Cawdors, against the Venators' Narcoden. Rampaging carnivorous flora proved less useful for defending the property than the Venators might have hoped, even though every plant converged on the godbotherers.
Reactions: MedMos
D 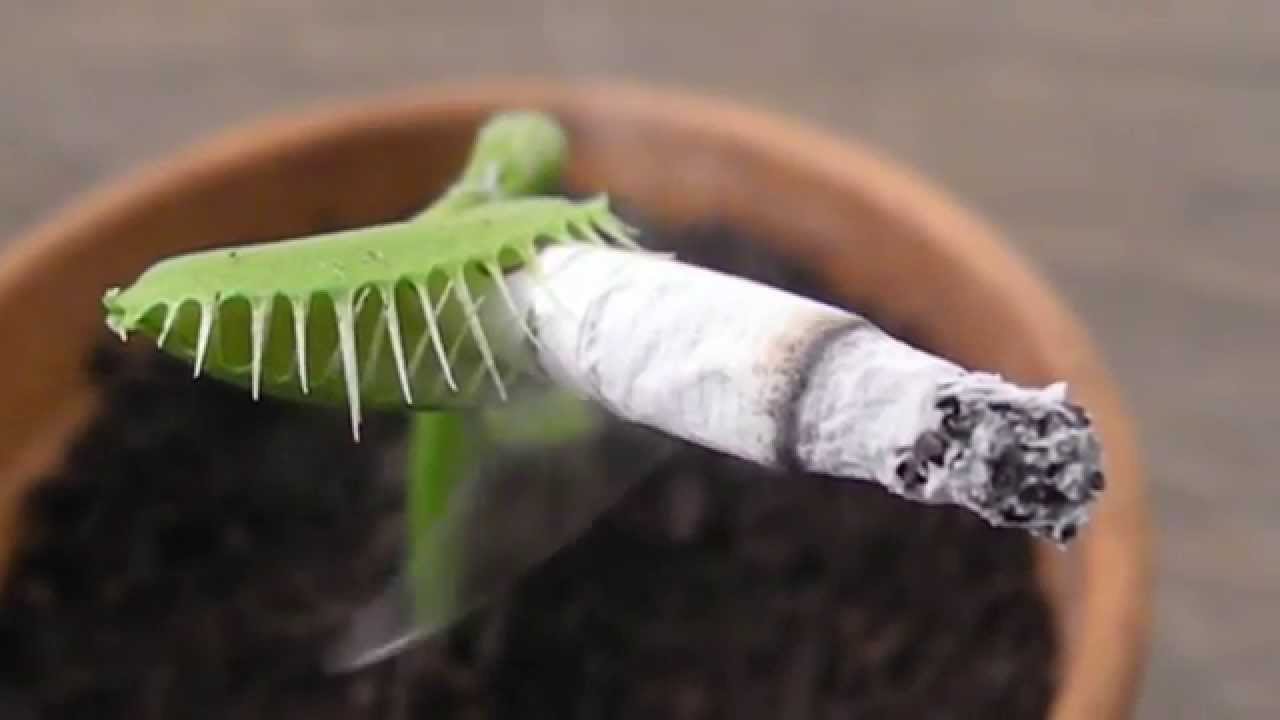 Gangs & Loadouts Thursday at 9:18 AM
spafe