Between seasons 3 and 4 of my campaign series I ran this special narrative scenario for two of the players to wrap up their gang's narratives and set the stage for season 4. This was in August of 2019. The scenario was ran as a dungeon crawl, with me as the GM and the two players allied together controlling a handful of their fighters from the final battle of the last campaign. Their goal is to escape, and maybe discover the secrets of the Vault along the way. I would have liked to host other special scenarios to help flesh out some of the other gangs as well, but we only have so much time in the day.

If you recall, the end of season 3 saw the Mushroom Kingdom Regulars (Van Saar), and Ashlanders (Ash Waste Nomads using Chaos Cult rules) break into the Vault, only to be captured by a rogue Van Saar faction and their Delaque allies. The MKR were looking for a gang that went missing in the vault, this was the players previous gang from Season 2 (Tuatha De Danaan), a campaign log I have not shared as of yet, and probably won't because there is not much narrative from back then available. The Ashlanders were following the visions of their Shaman Watersinger. Malal, the Lord of Ash, was guiding them into the Underhive to destroy some great evil (because Malal hates other chaos powers as old timers will know). 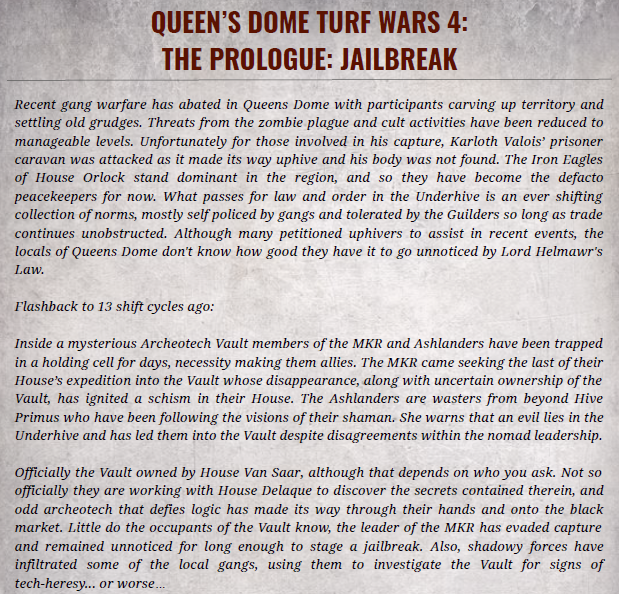 The cell door is opened and the captives begin to sneak around looking for their weapons. 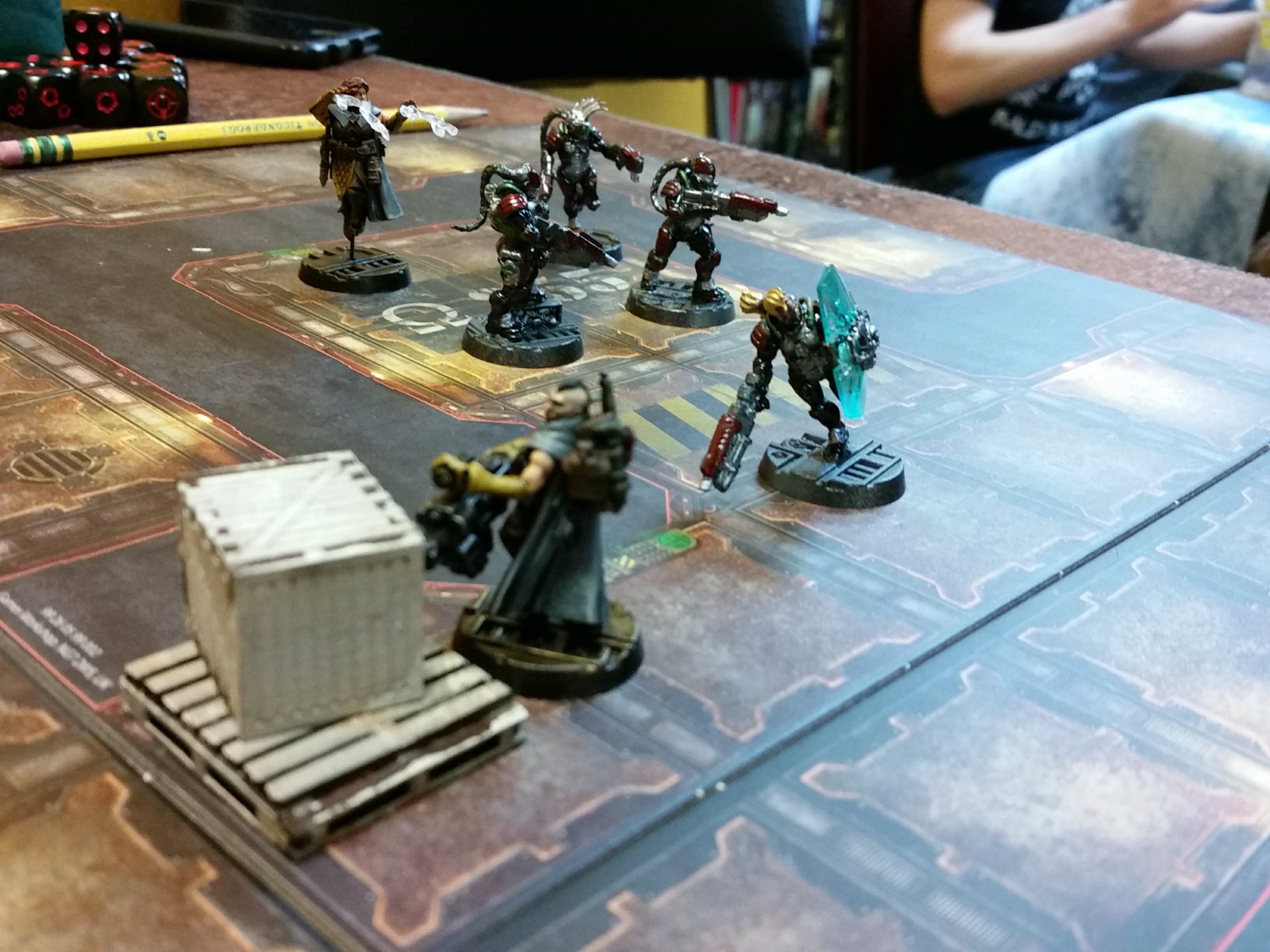 Delaque sentries wander around and start getting taken down by the escapees in hand-to-hand combat. Currently only the Van Saar Leader who avoided capture, Bowsette (rolleyes), has any equipment. The captives search for and eventually find their stashed gear, but while retrieving it hear screaming coming from a nearby cell...

The gangs find Karloth Valois chained to a wall with some sort of torture/psyker restraint attached to his skull. This is were the roleplaying came in as there were characteristic checks to try and get information and convince the dangerously deranged psyker to help. After some interrogation they decide to free him and repair his Black Crown. Karloth reveals that his curiosity about a new strain of the zombie plague led to his confinement after he was betrayed by a cult he cut a deal with. The old Zombie Master reveals that prior to his capture by the allied gangs of Queen's Dome, he discovered suspicious data going in and out of the Vault. Dr. Knight has been torturing him and now Karloth wants revenge! 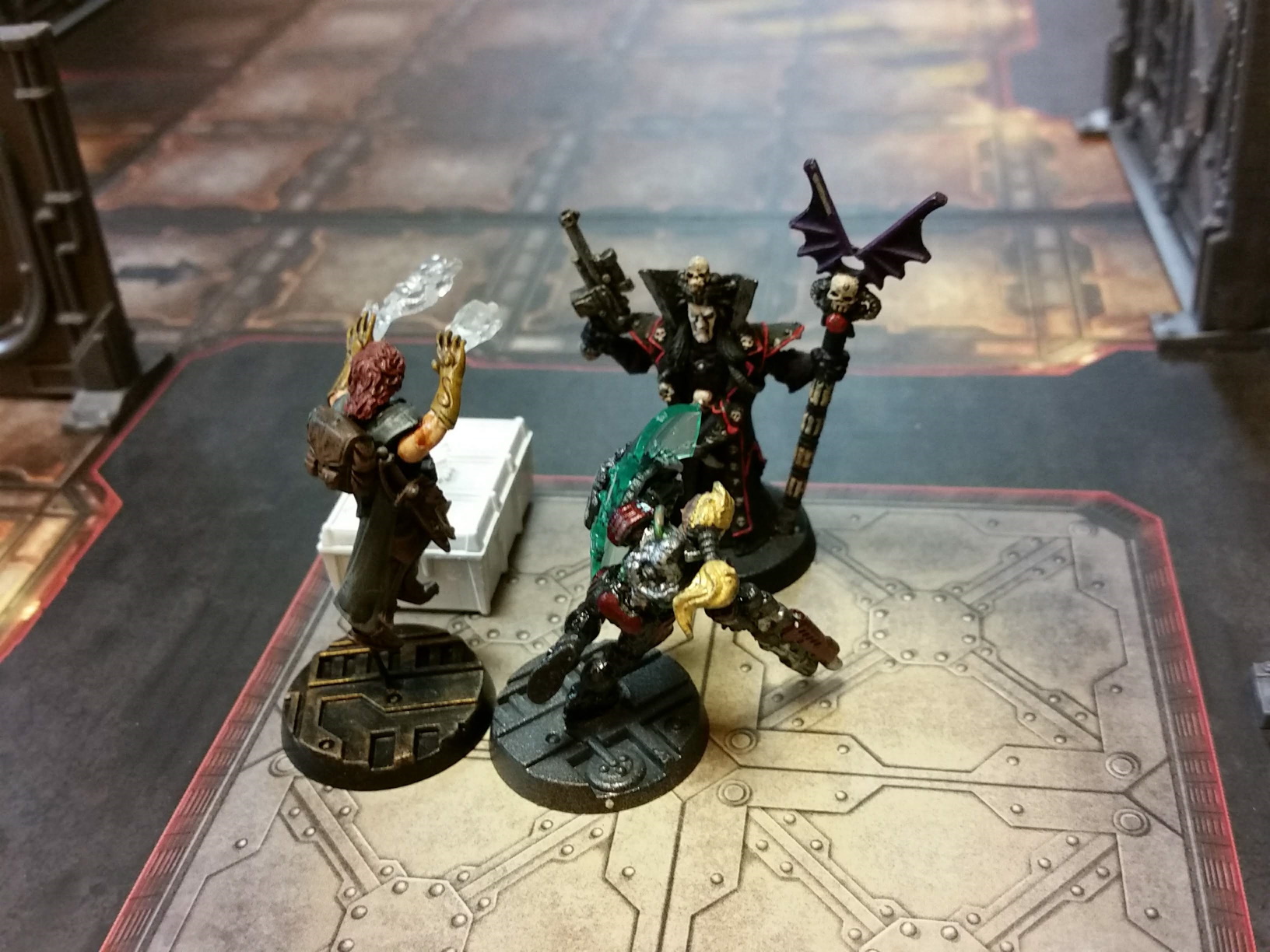 The final room is opened revealing a blasphemous ritual-lab and a bound deamon, a bloated mass of flesh and tubes shackled to archeotech devices and pulsating with malevolence. Dr. Knight warns the gangs to stay away but it is too late - the presence of two powerful wyrds, Karloth and Watersinger, awakens the beast and it goes on a rampage.

The exit is in sight, but reinforcements of the Rogue Van Saar and Delaque holding the gangs captive are on the way.
Not pictured: MKR Finally discover what happened to their allies, turned into plague zombies! They lock the door on the monsters and make for the exit. 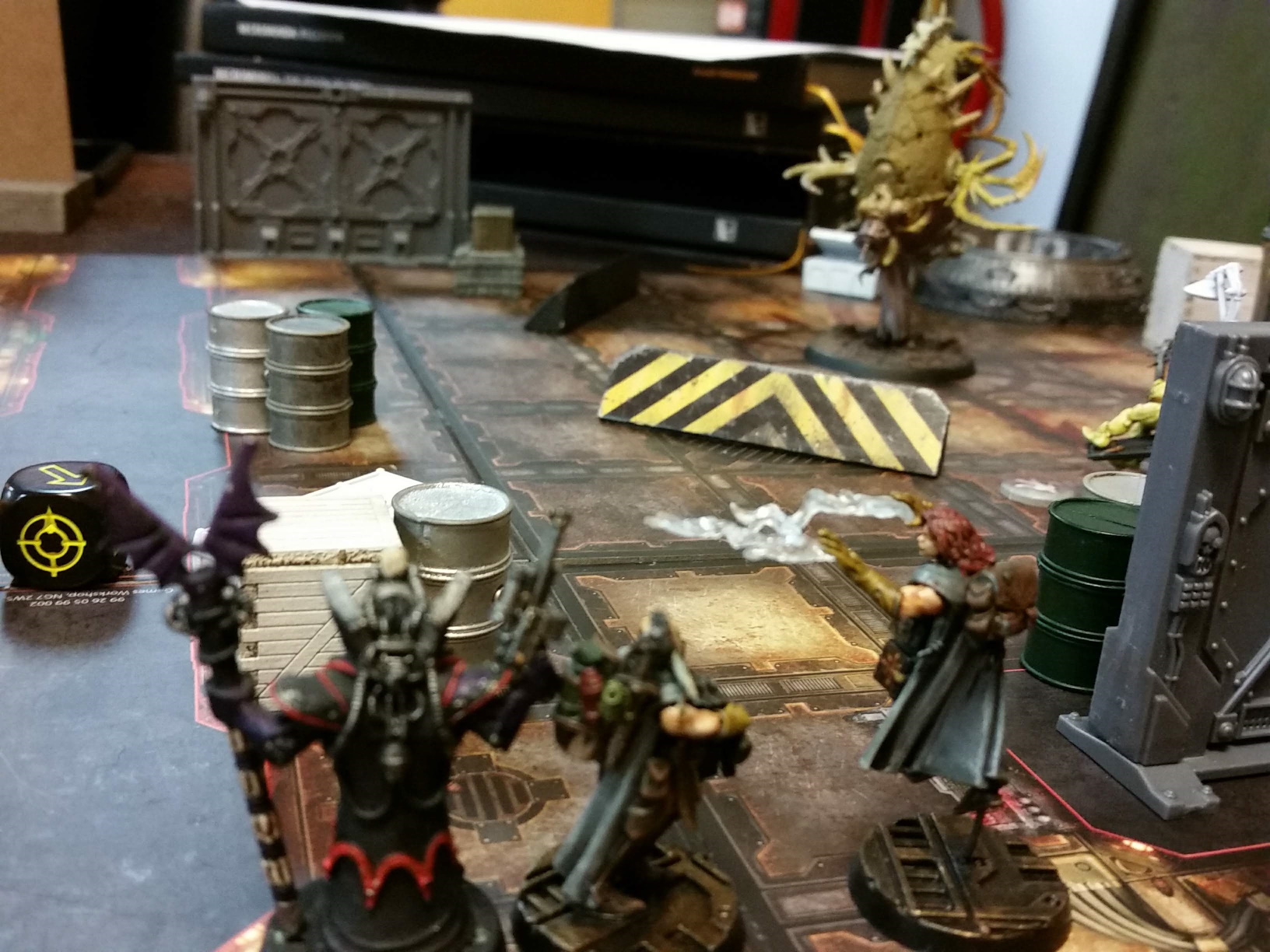 MKR engage in a firefight with the remaining sentries now that the alarm is raised. These two Delaque are upset their leisure time is interrupted. Lots of 1's are rolled by Van Saar, but eventually the Delaque are put down. 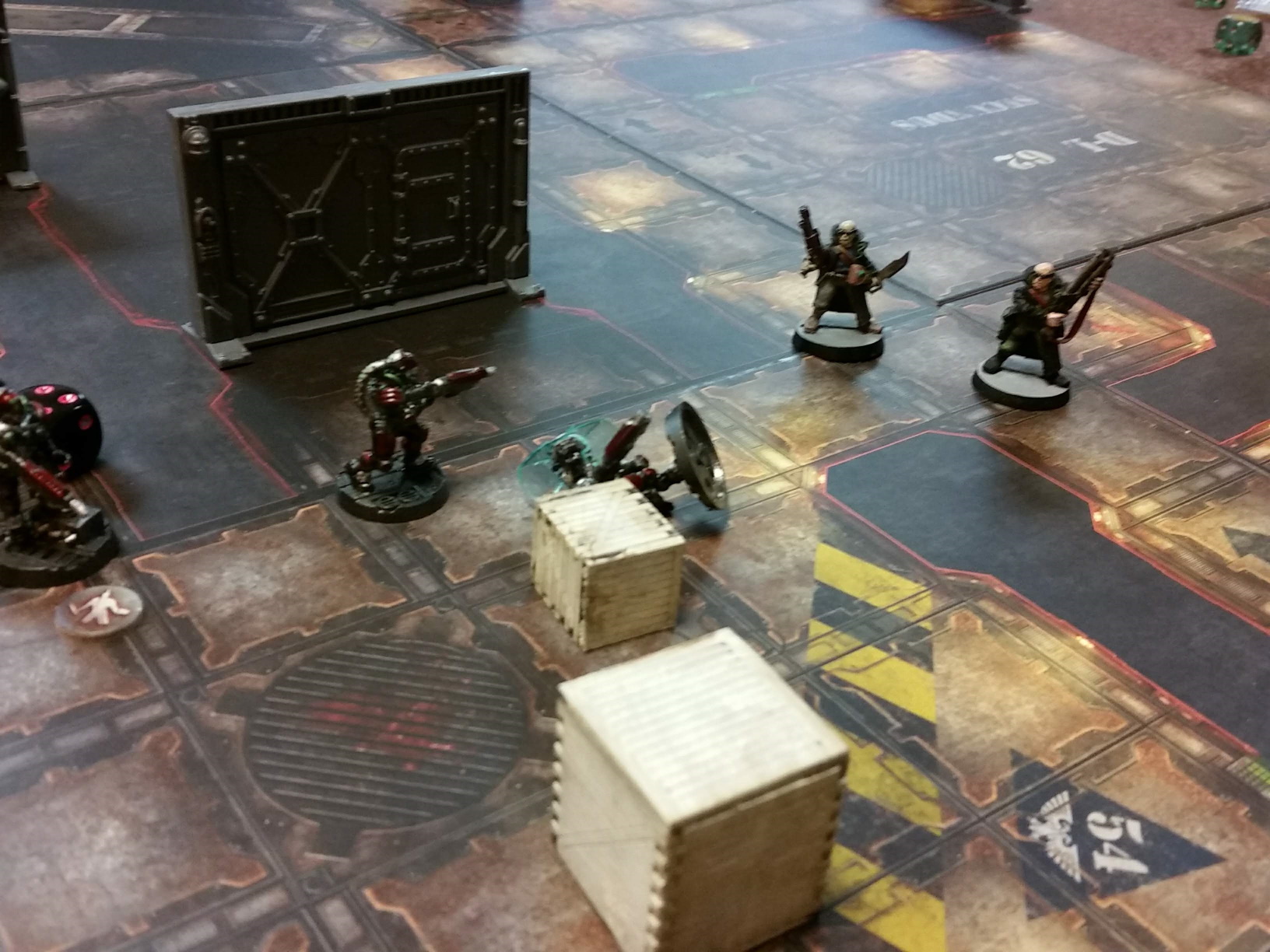 This experiment breaks free and charges in while the auto-doc slashes madly with scalpels at anyone getting too close. Dr. Knight dives for cover in the corner and crawls his way to safety. 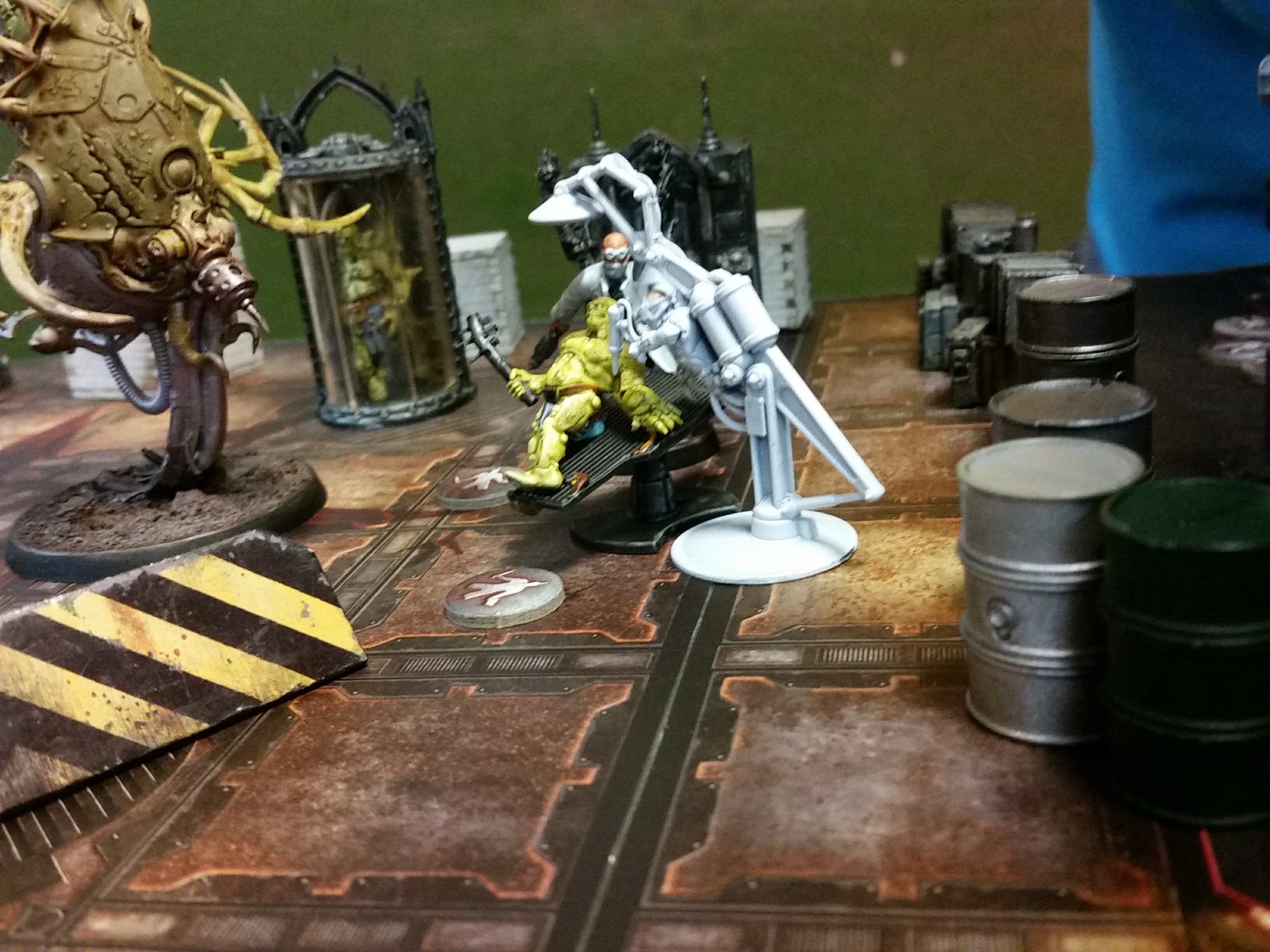 Crashing around the room wildly, the Beast attacks indiscriminately. Van Saar traitors, The Spiderfang Collective, working with House Delaque on these terrible experiments are killed and/or flee from the Beast. 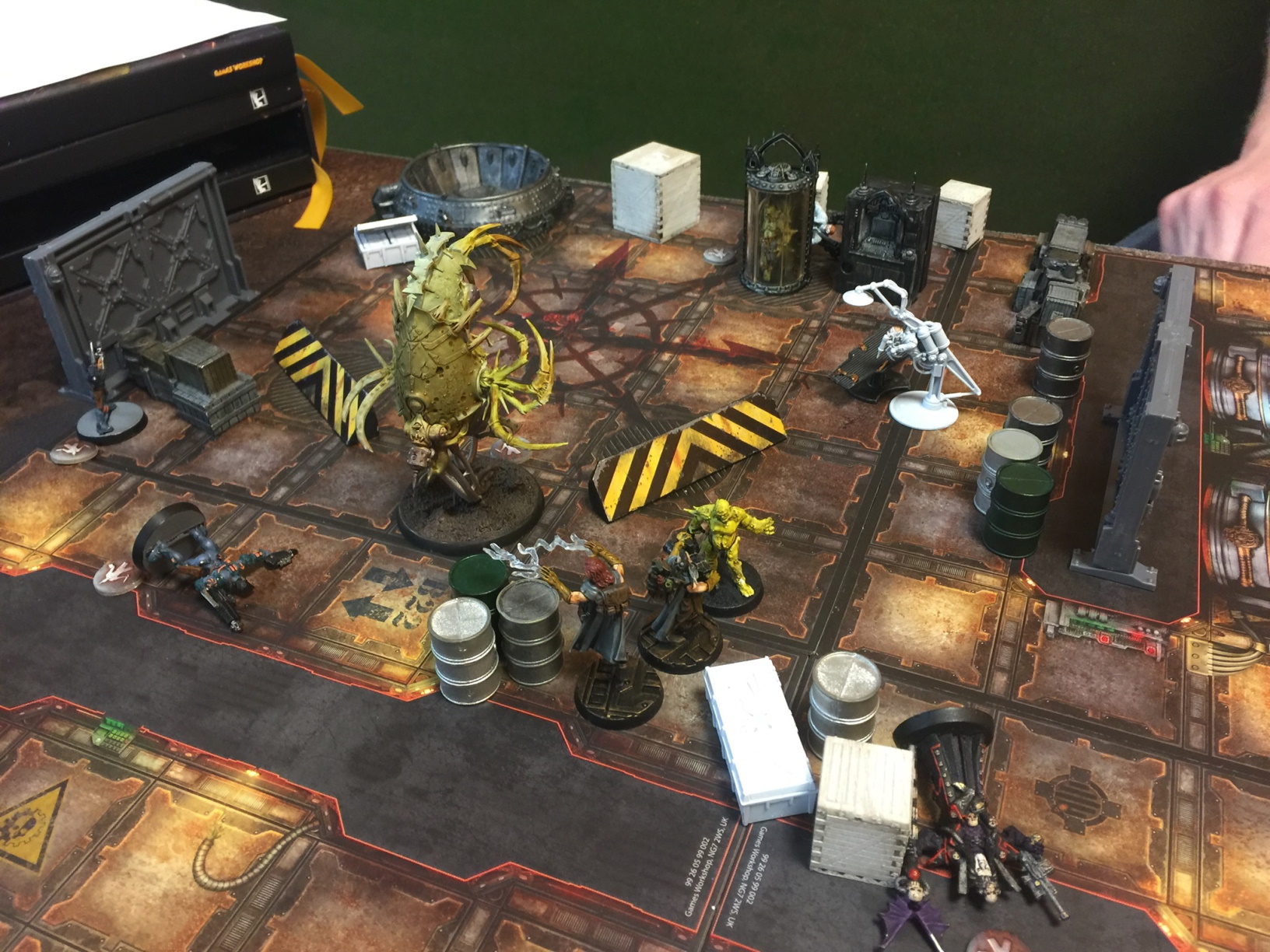 As the MKR and Ashlanders rush for the exit, they are swarmed by zombies.
Not: pictured, a Doomsday device is discovered by the MKR, one of whom braves the arcing electricity of a malfunctioning generatorium to drag in into the ritual-lab. 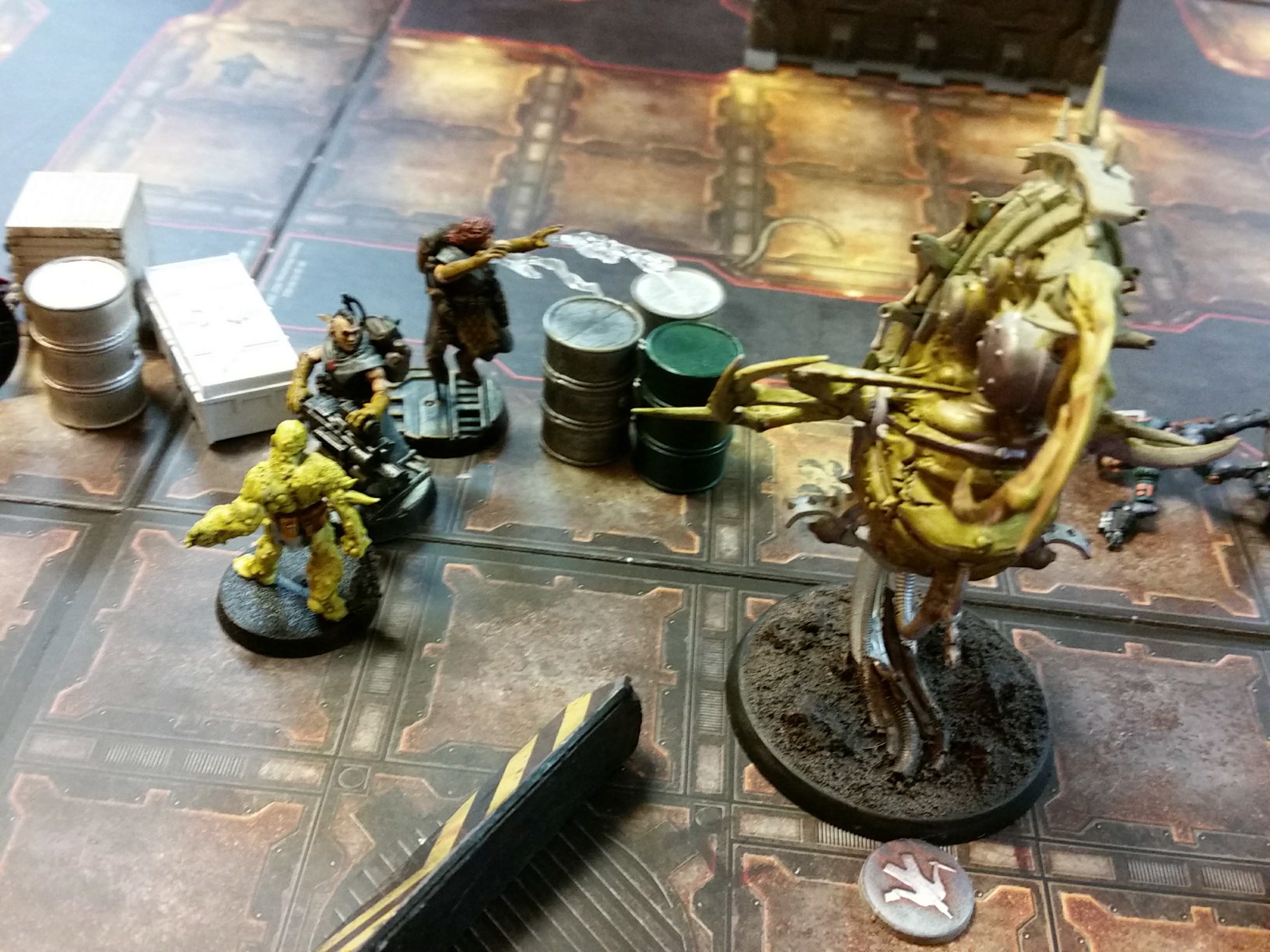 An intense fight in which Karloth drains the Beast's wounds and toughness, and MKR firepower delivers the finishing blows. At this point the Ashlanders have fled, they're finished with all this Underhive business! The MKR set the timer on the Doomesday device hoof it out of the Vault as well! 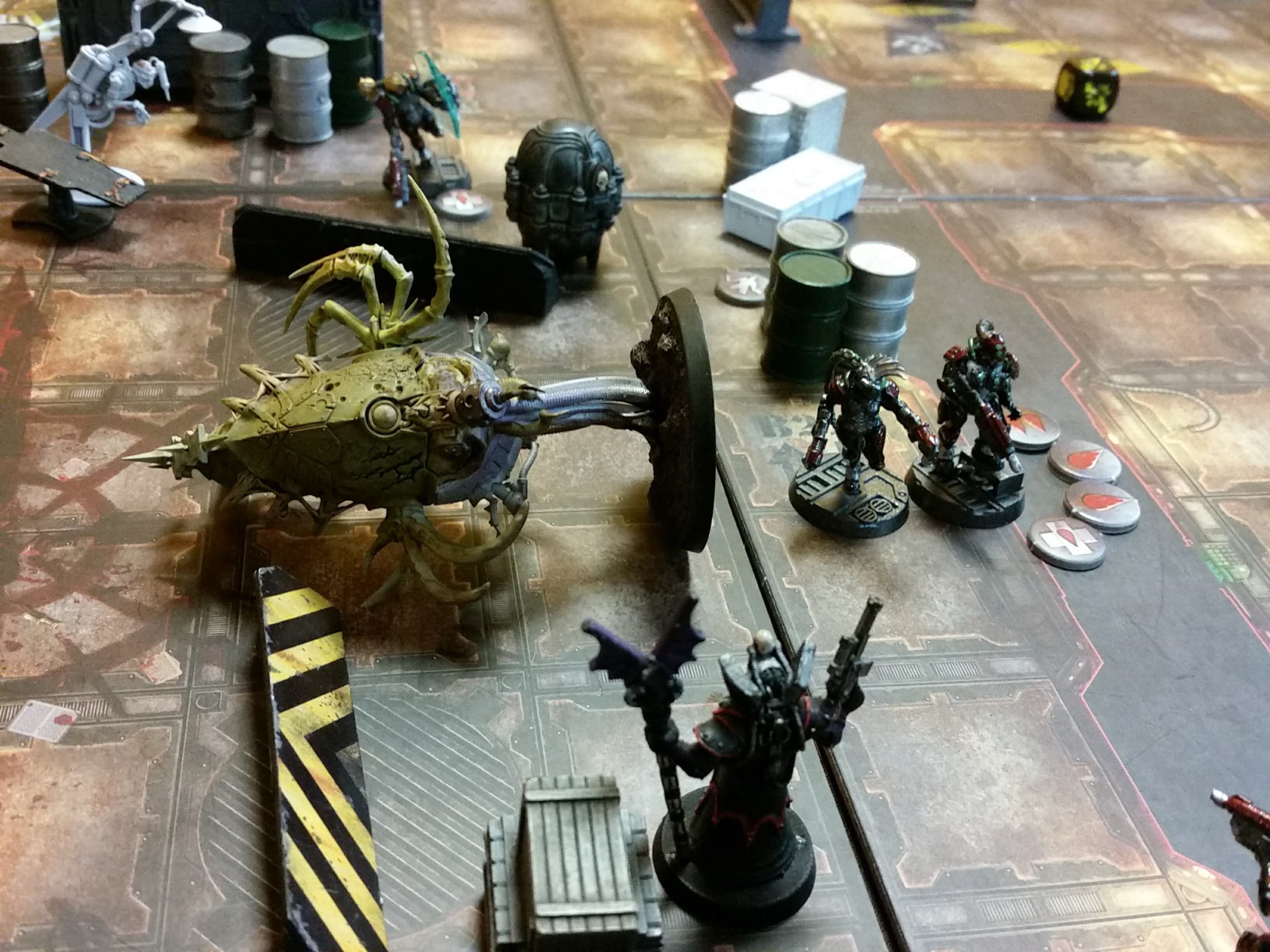 Once the escapees are clear, the Doomsday device goes off, destroying the blasphemous lab, and burying the Vault under tons of rockcrete and plastseel! 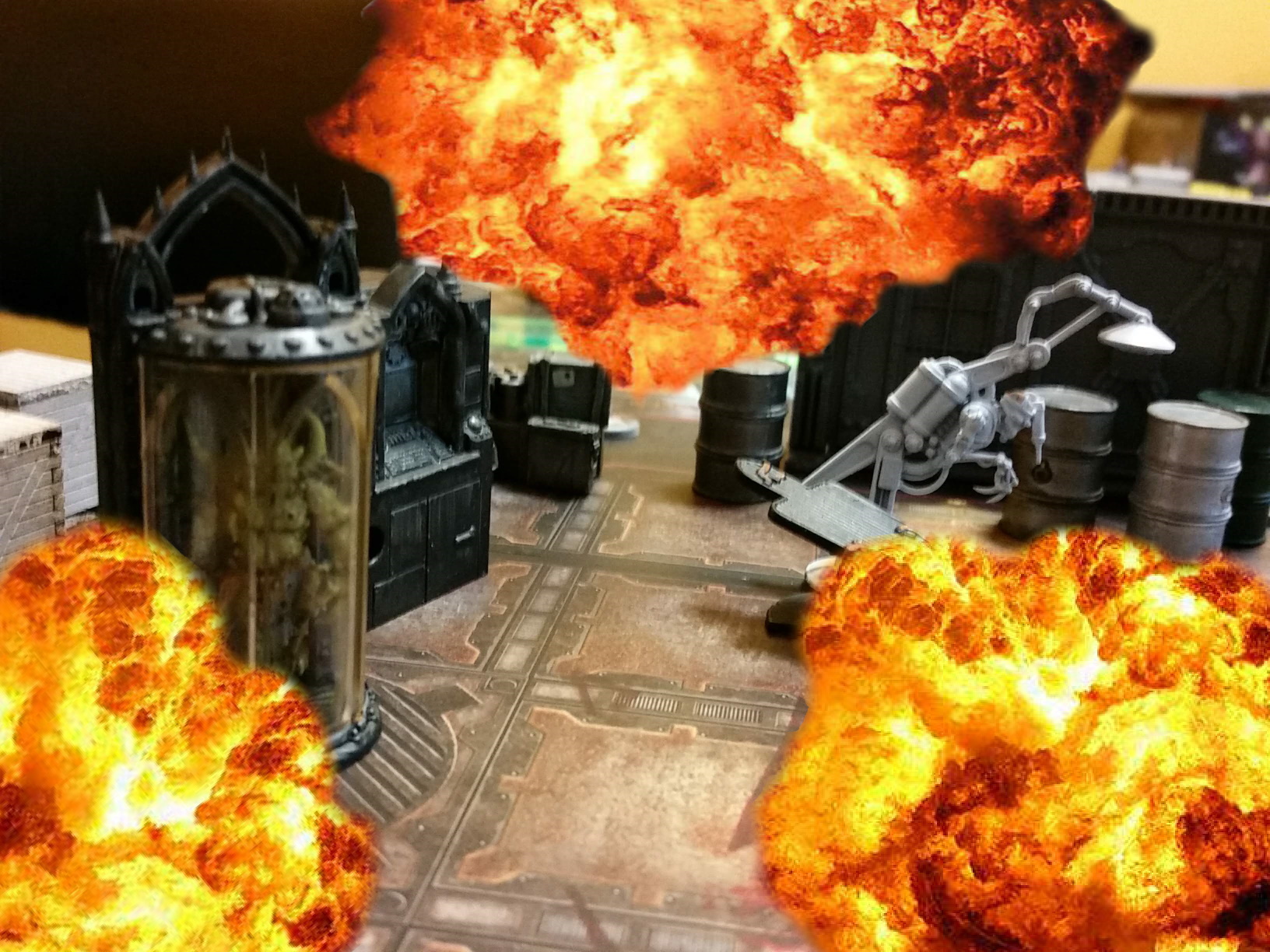 And so, the Mushroom Kingdom Regulars and Ashlanders made their escape from The Vault. There was sneaking, there was roleplaying interrogation, there was plenty of fighting. There was a psychic vampire, a zombie horde, and a mad scientist. Secrets were revealed and a deamon was banished! Then our heroic gangers blew it all up!