N18 So this is how a river of sludge would look like IRL... 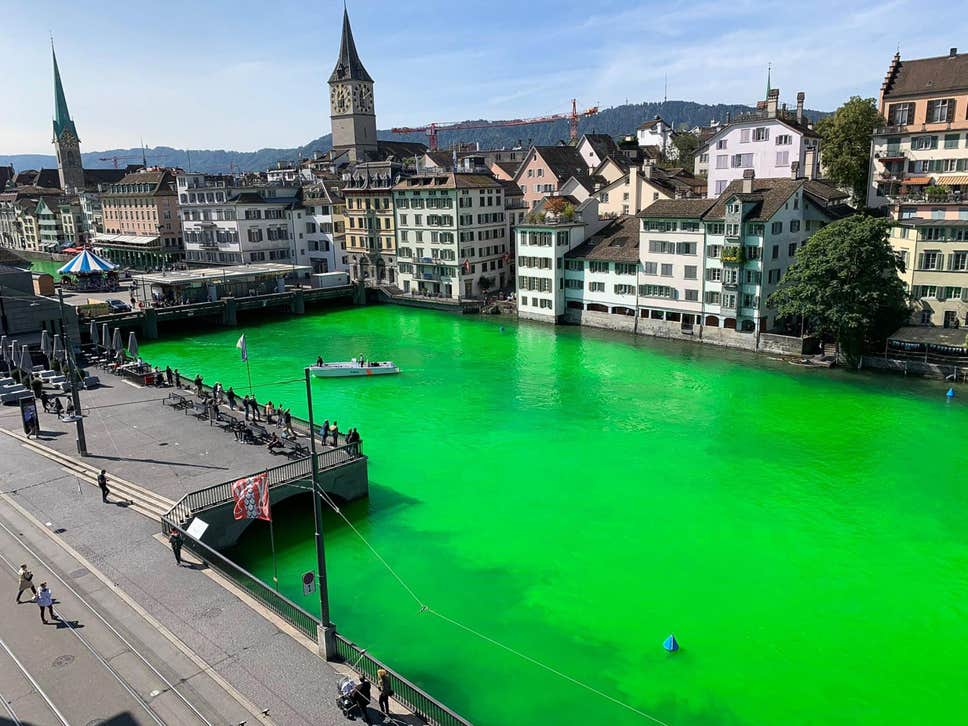 Activists later confirmed the substance used to dye the river had the same levels of toxicity as table salt (AFP/Getty Images )
Click to expand...

Maybe it could be a little thicker, but close enough, at least on the tabletop from a distance...

Here are some nightmarish images from the real world for you.

All my bases have some sort of 'ghastly green' on them.

I imagine that toxicity as bad as table salt is enough to cause a great deal of problems for any local marine life and any life dependent to it.
Reactions: Aulenback, TopsyKretts and Gunkaiser

Biggle_Bear said:
I imagine that toxicity as bad as table salt is enough to cause a great deal of problems for any local marine life and any life dependent to it.
Click to expand...

I thought the same thing - they dyed the river green using something with "the same toxicity as table salt". They used Uranine, AKA Fluorescein - the very same dye that other environmentalists had banned from use dying rivers green for St Patrick's Day because it was harmful to the river wildlife. Slow clap for Extinction Rebellion
Reactions: Aulenback and TopsyKretts

People dyed rivers green for St Patricks day?? This is a thing??

Doesn’t it just... flow away really quickly? How much dye do they shove in there!??

The sump looks remarkably charming. Looks like I need to invest in a copy of Carnivale and a green tarpaulin.
Reactions: JasonScar

The Cuyahoga River in Ohio actually caught on fire thanks to pollution... 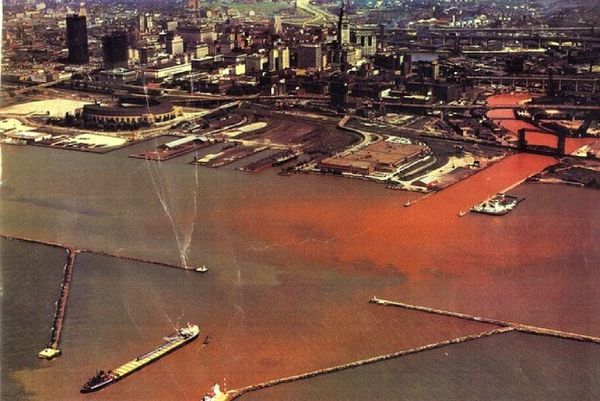 47 teaspoons of table salt will kill a human. The poison is in the dose not just the toxicity.
Reactions: Stoof, cronevald and Thorgor

They did and I think they still do - in the US anyway. Americans seem to celebrate St Patrick’s far harder and in stranger ways than even the Irish.
Reactions: Space Truckin and cronevald

It's an American thing. We do love to ruin things for everyone else over here.

Saltier than your typical wargaming forum no doubt
Reactions: Aulenback

Actual photo of salt level on most 40k forums: That could be a Slayer album cover.
Reactions: TopsyKretts

So you have more flammable water in the USA... I’ve seen the methane tap water thing on TV...

This is the sort of thing that always springs to mind for me. The 1970s and the 1980s, dumping waste into out air, dirt, and water was a definite thing.

I see people this week using the "the ozone hole is closing" news to try to decry any action on global climate change science, completely ignoring or oblivious to the fact that the reason the ozone hole is closing is because there were not "ozone hole denialists" convincing governments to do nothing. Instead, governments of the day [including our old conservative government here in Canada under Mulroney's Progressive Conservative Party] actually took direct and immediate action based on what the scientists were saying, and as a result, we have concrete results. Acid Rain is being used likewise, despite the obvious photographic evidence from before government action and after.

The 1970s and 1980s, industrial North America and Europe was so objectively horrifying, there were science fiction miniatures combat games that satirized that industrial dystopia, released in 1995.
Reactions: Space Truckin, MusingWarboss, Stoof and 1 other person

A few more images for inspiration and historical interest. 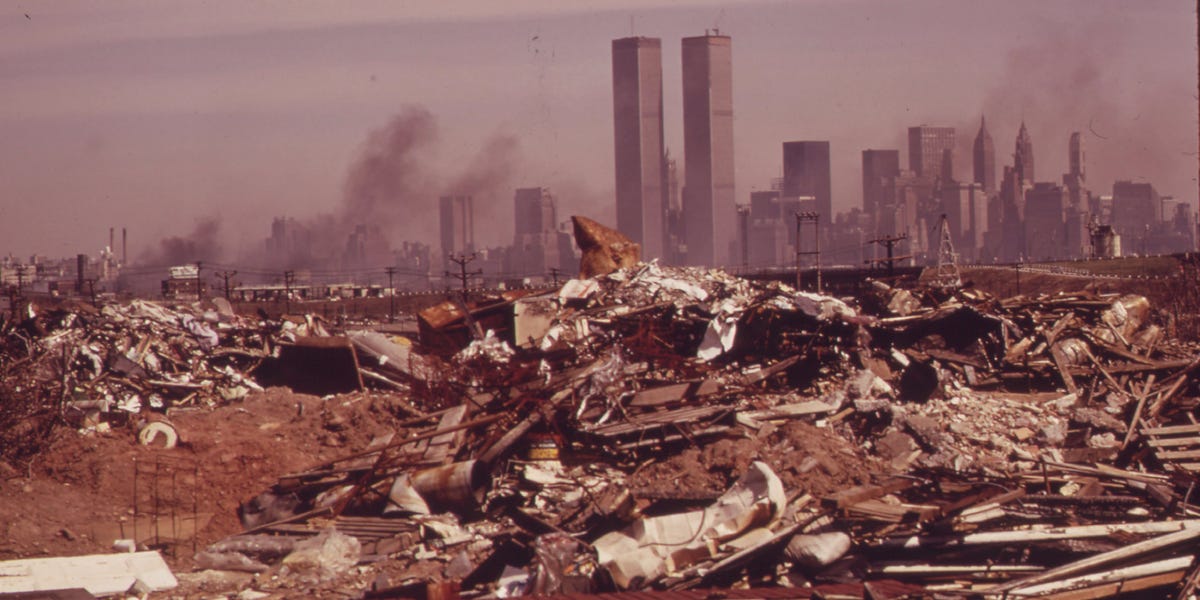 Here's what the US looked like before the Environmental Protection Agency. President Trump's EPA wants to kill the Clean Power Plan and other regulations. Now that Supreme Court Justice Anthony Kennedy has announced plans to retire, it could become easier to overturn environmental rules. 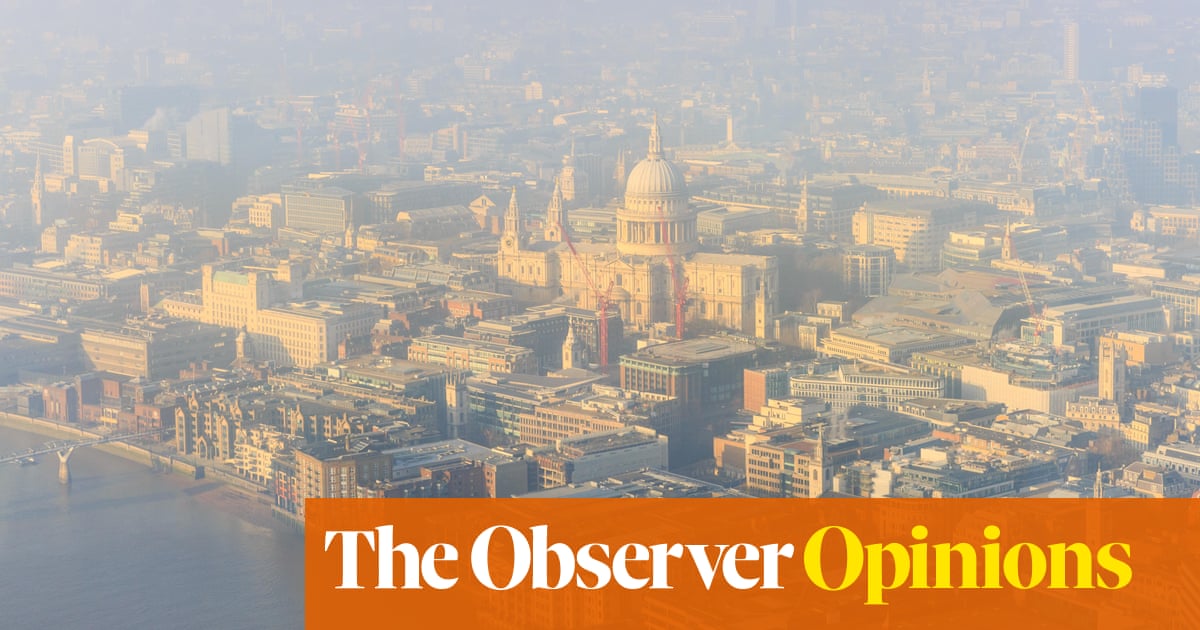 Have we learned the lessons from the history of London fogs? | Christine L Corton 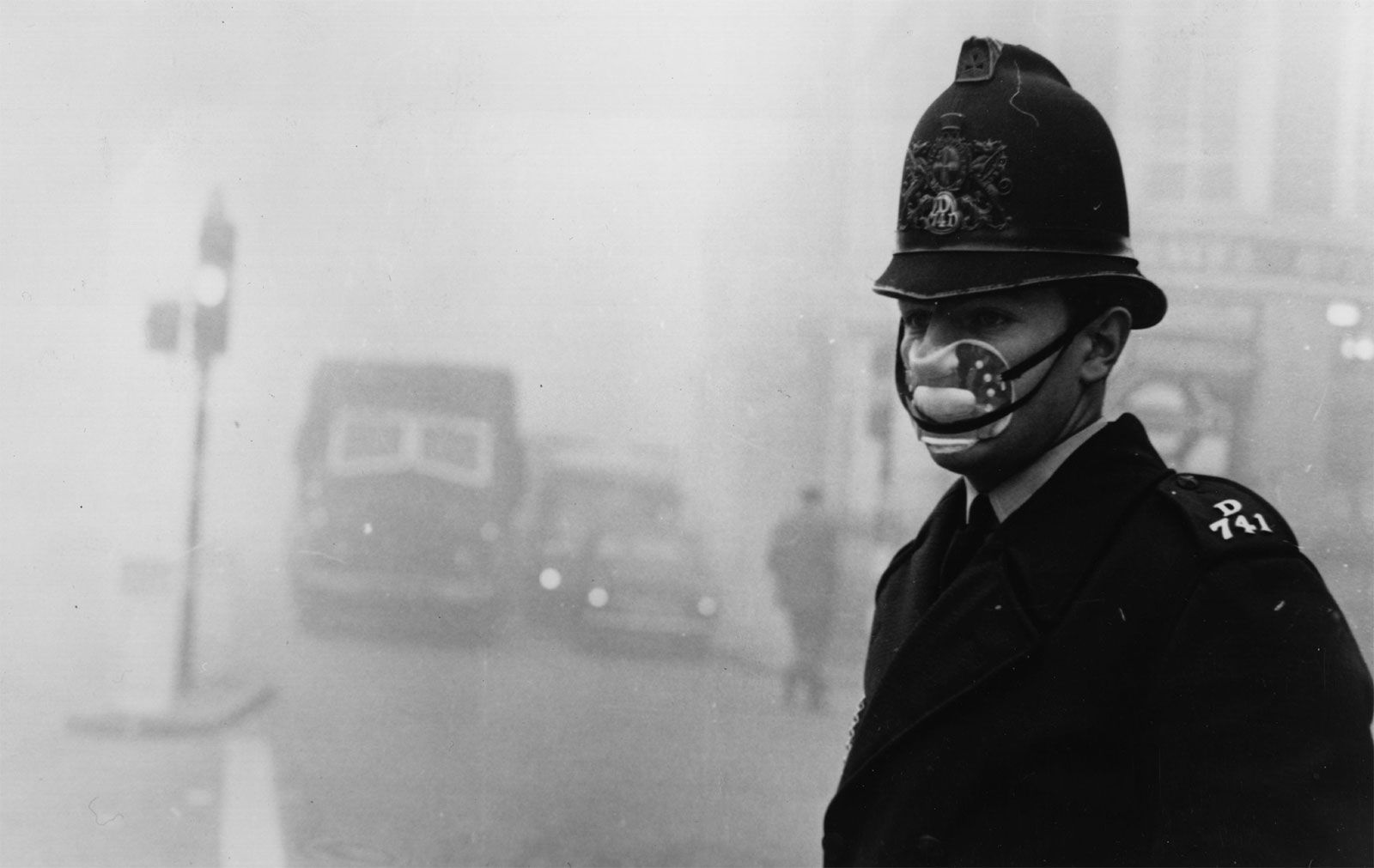 Great Smog of London, lethal smog that covered the city of London for five days (December 5–9) in 1952, caused by a combination of industrial pollution and high-pressure weather conditions. This combination of smoke and fog brought the city to a near standstill and resulted in thousands of deaths.
www.britannica.com
Last edited: Sep 18, 2019

Sadly smog is making an unwelcome return in London and a few other cities due the middle-class fashion trend of having wood burning stoves.

All the smokeless fuel initiatives in the bin because... gotta keep up with the Jones’s!
Show hidden low quality content
You must log in or register to reply here.
Share:
Link
Top Bottom