A few weeks ago I bought a resin 3D print. Is a Anycubic photon, in the summer Aliexpress sales.
It was a bit of an impulse, did not know the machine before but is very famous in internet as an starters machine. It costed around 300 euros (after that the made the sale permanent and can still found for that price even in amazon)

I already have a filament printer but fall short in detail for anything but scenery, so I was not sure what I was going to find.

But I loved the machine, see some examples. All the models are free files from Thingiverse and similar pages. 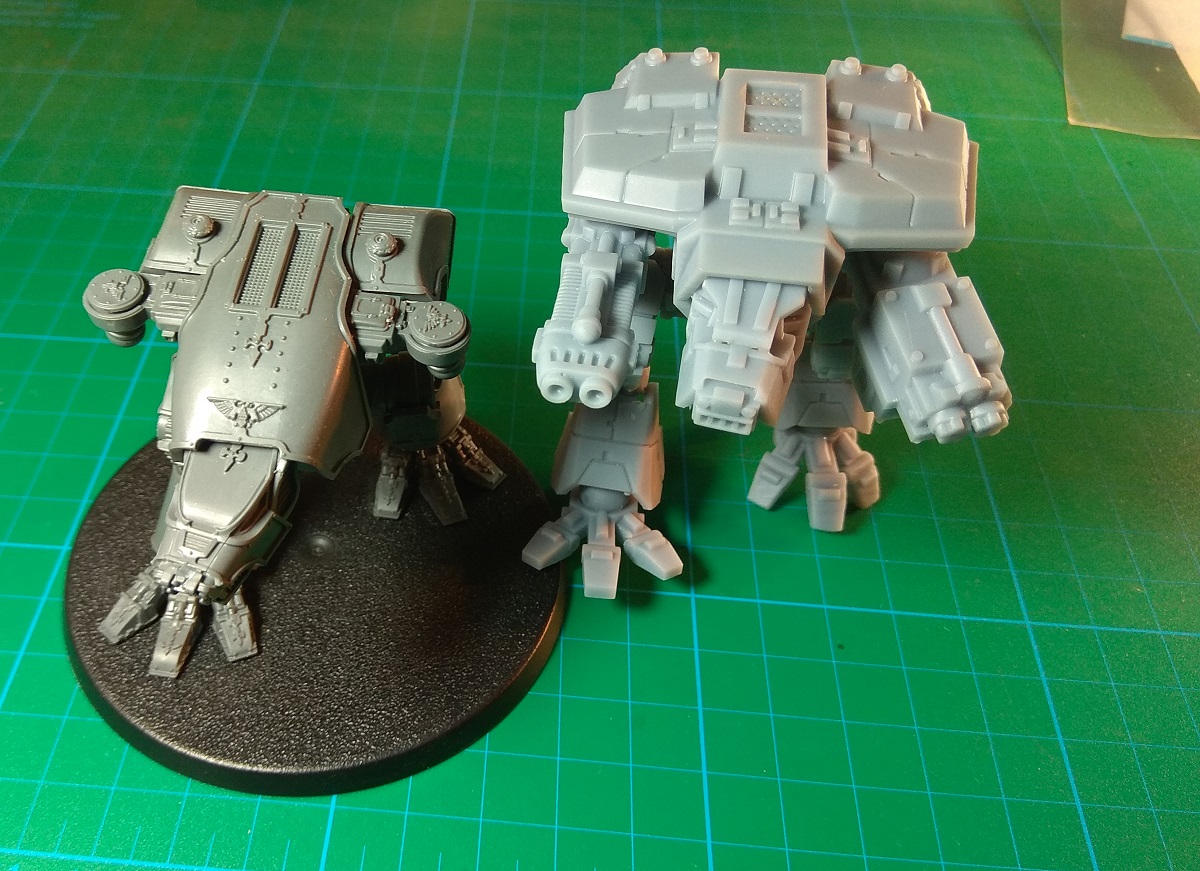 A Lucius pattern warhound titan for adeptus titanicus. One of the reason I wanted to get a printer. Printed in 0.03 mm layers, if you pay attention you can see layer lines in a few areas but the overall results is amazing for me (for a machine of this cost). The model is not very detailed in some regions because was designed for the size of the old epic model and this one is scaled almost double size.

After that I printed some Battefleet Gothic pieces and models 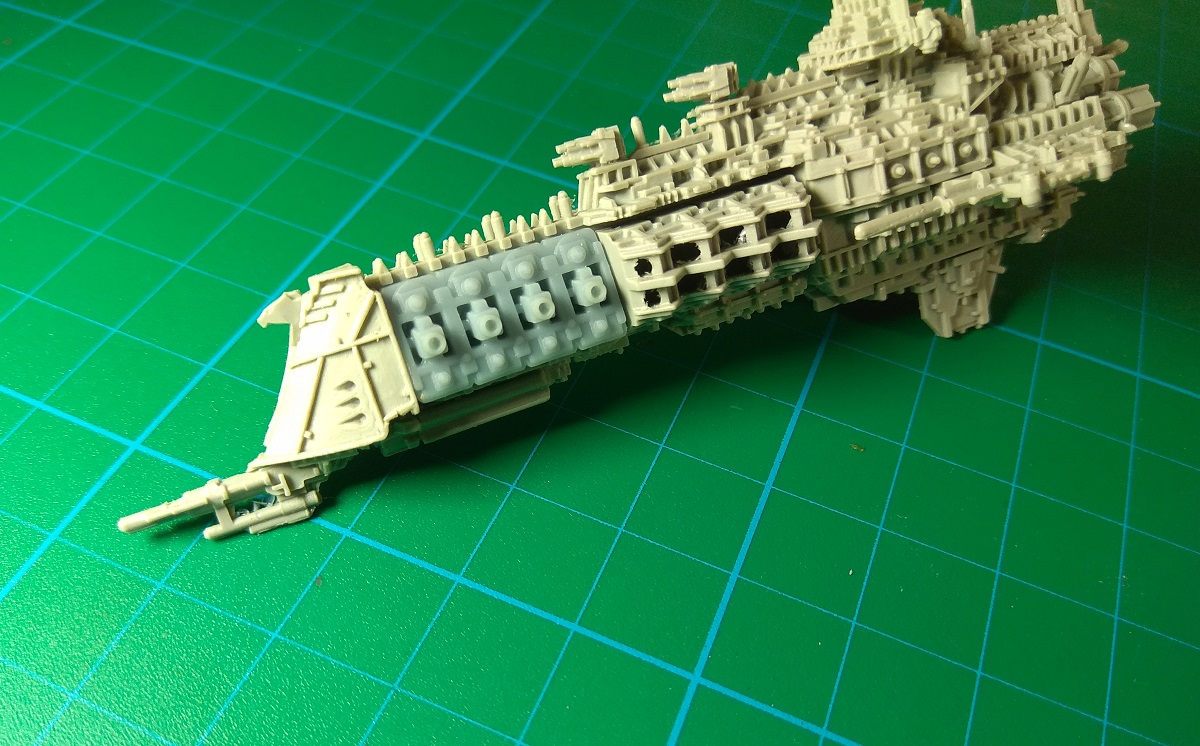 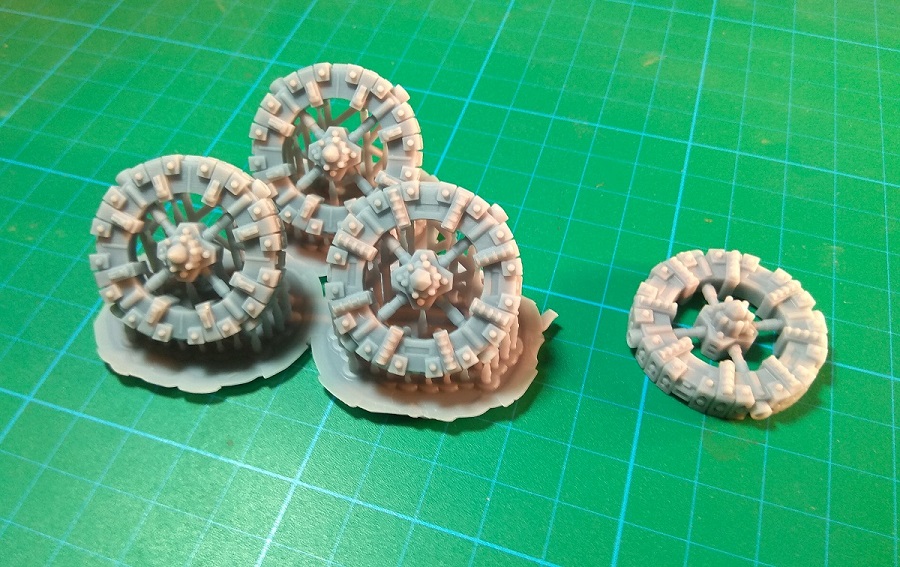 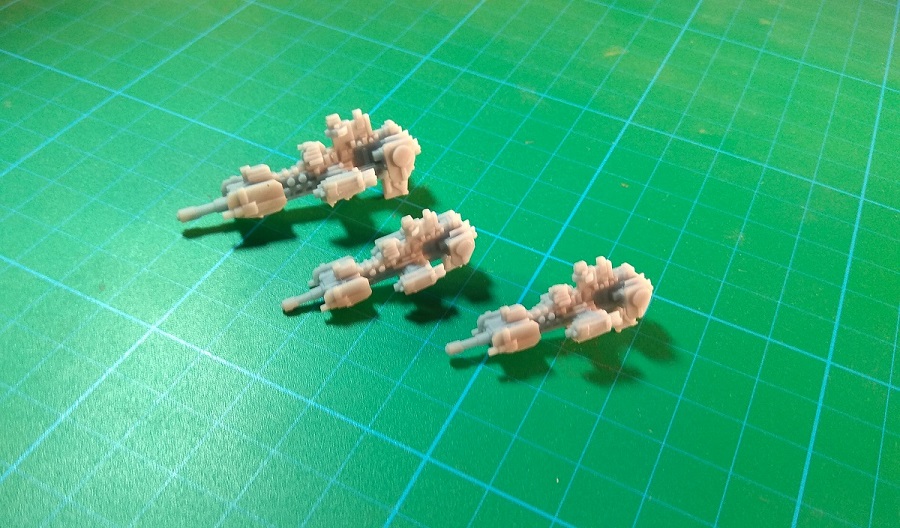 Nova frigates for space manines. Is the same model but printed in 2 different scales, because first one was too big compared with the SM cruisers

After that I started with some geeker things 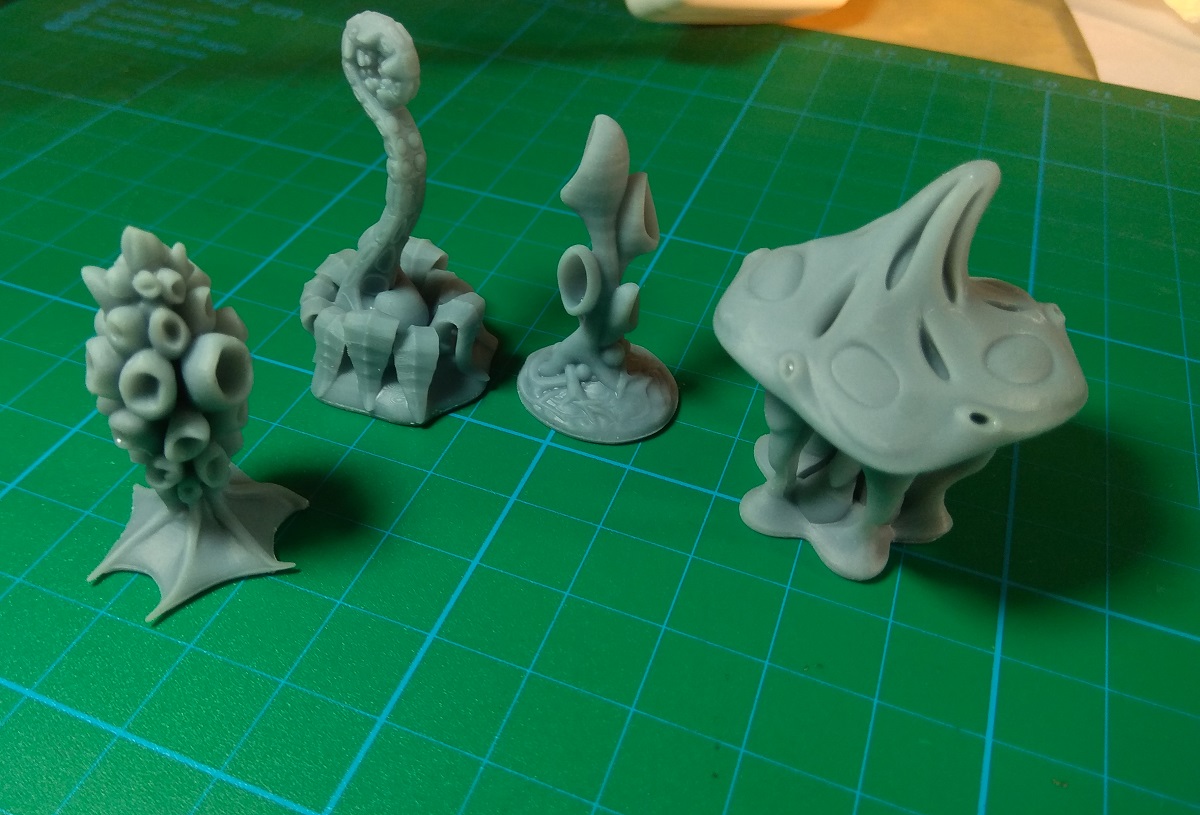 Alien plants, to be used as dangerous fungus in Necro 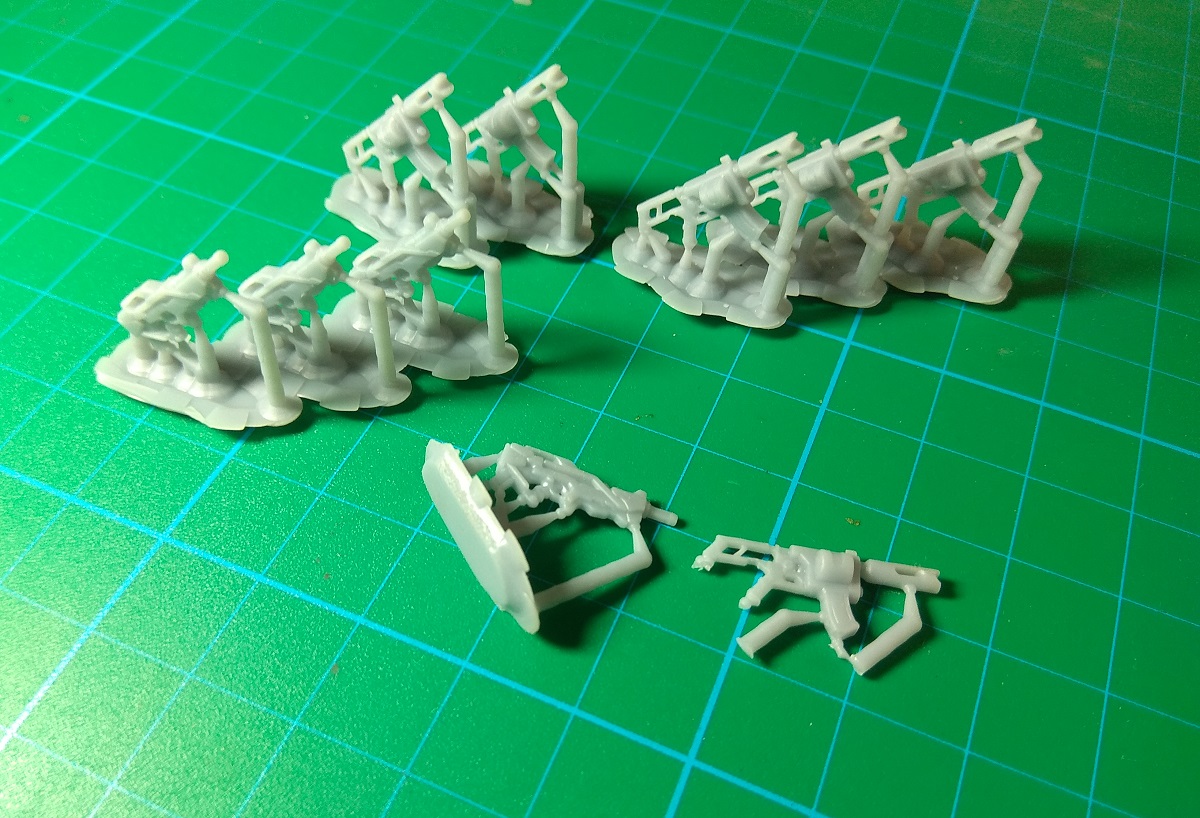 Some weapons bits, an Infinity rifle and a Delaque flechette pistol. Details are not perfect but the machine can work for this kind of scale 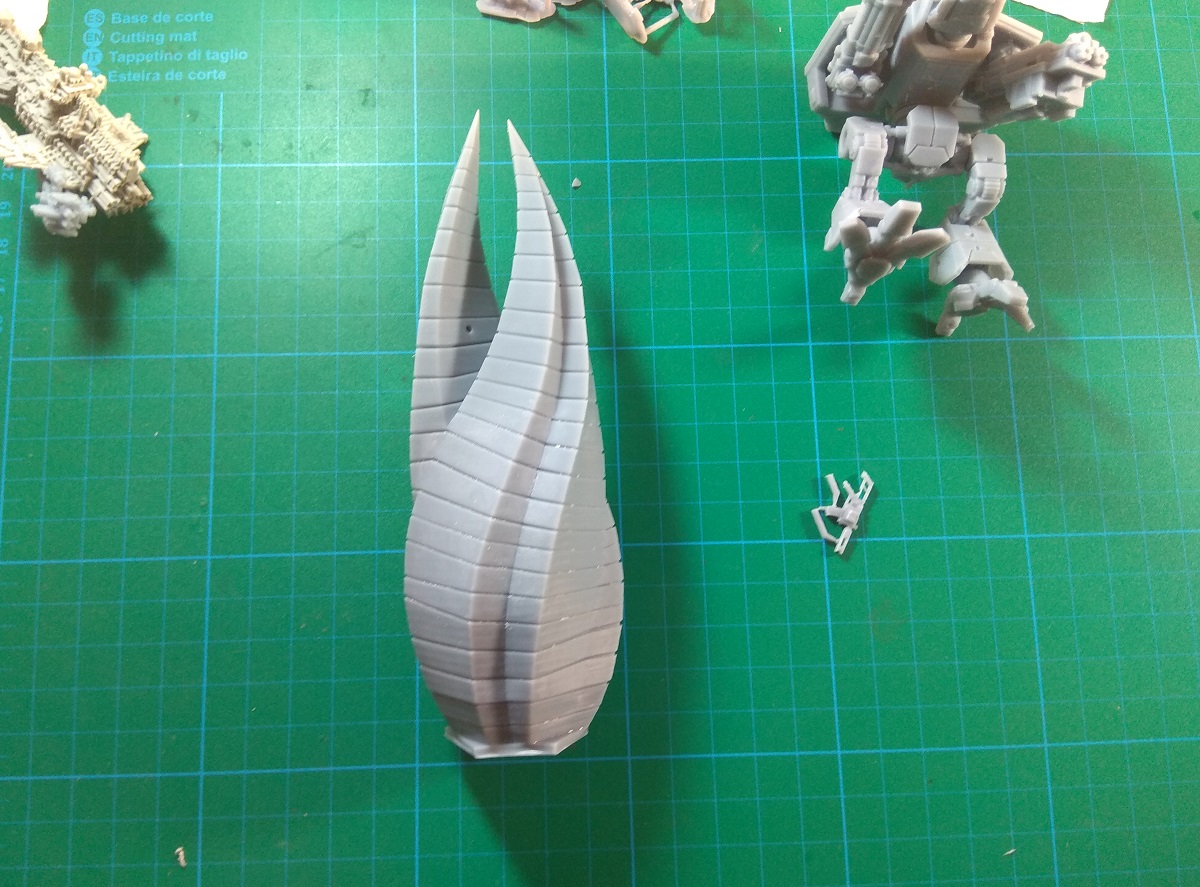 
The machine is not perfect, still tuning it but I am loving it. Is a very popular model so there are a lot of groups and pages for support. This is my first contact with resin printer. The same company just released an new model (the Photon-S) with apparently better mechanical parts but is expesiver (450+ euro) (and some people speak very well and other are founding error typical of a new model that still need a but of tuning). Also hear very good opinion of the Elegoo mars (even cheaper than mine) and the Epax X1 (but 500+ euro).

Resin cost about 40-70 euro/liter. the above pictures are only a selection of the thing I made, and even with a few initial error I am around half the way of my first bottle.
Reactions: Silk, trollmeat, Flamekebab and 6 others

Looks amazing from the print quality !

How fine a layer height can it go to because my filament had issues at .1mm and required a lot of adjustment, have you had many prints fail?

I've been wondering about buying one for myself but am curious how far a liter of resin can go? Do you know how much the war hound used to print?
Last edited: Jul 31, 2019

For the warhound, do you ask how much cost in resin it took? I am not sure (can check volumen at home in the slicer) but surely between 3-4 euros.

Not many failed prints at the begining. The machine need very little ajustment, only make sure the printing platform is paralleled to the screen and at the correct heigh, but that take 10 min to do. Most of my errors came when the platform did not maintained the adjustements between prints. In the instructions they said only need to be re adjusted once in a while but the screws are not that good, so needed to adjust after 4-5 rounds, but as I said is very easy to do.
Most of the real adjustment are in the slicer program, using the correct time per layer depending on the brand and the layer heigh, but there is a lot of information and table in the user groups.
A

This is great stuff. How do you set up a model to print? Do you need to orient it in the software or does it calculate that itself?

I am just starting and orienting the model by myself. I did not see an option to do automaticaly but I dont now if there is or if are other slicers than can have it. (I am using Chitubox)
S

Congratulations. That seems like an excellent buy. The quality looks very convincing.

If I had known that before, maybe I would have decided otherwise. However, for my first 3D printer, I have already used a low priced offer for an Ender 3 Pro and am very excited and looking forward to it.


--
P. S.: Those interested in 3D-printing and ZM may also be interested in the following inspirational battle report which you find on YT with a search after
"Necromunda / rapport de bataille Escarmouche spécial Mercenaires".
Last edited: Aug 6, 2019

That warhound is a beaut. I am looking at getting something similar printed. 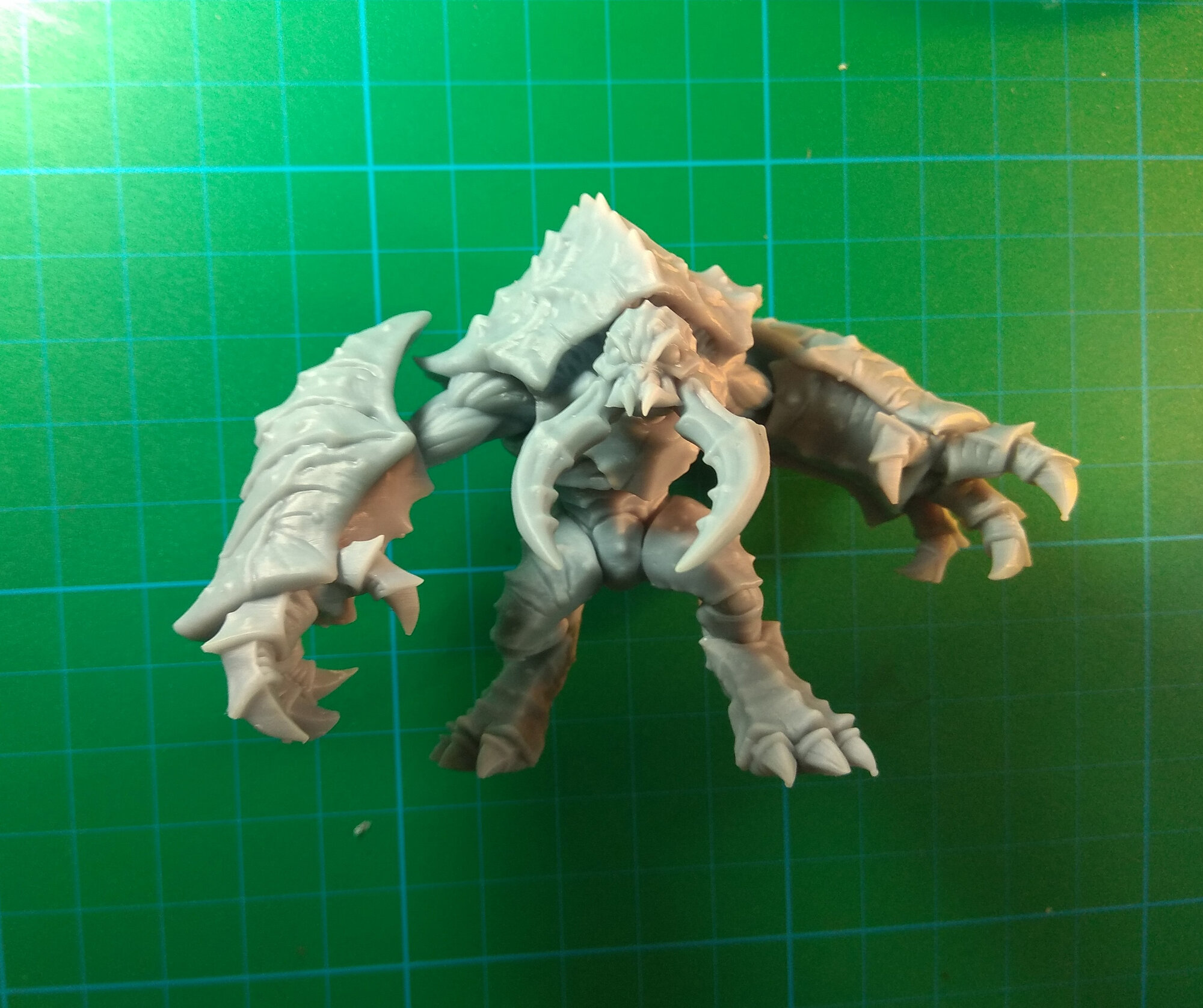 Wow. I'm incredibly impressed. I might have to get one of these for Fox Box!
Reactions: trollmeat

I want a 3d printer pretty badly. My hesitations

1. I dont have time or space for another hobby
2. I know every plastic purchase afterward my wife will say....i thought you bought that printer so you wouldnt buy anymore silly models.

Ambull looks incredible. Interested to see them primed and how they paint up
Reactions: trollmeat

I’m convinced. Great quality prints and the setup doesn’t sound too much hassle. Thanks for the review!
Reactions: trollmeat
Show hidden low quality content
You must log in or register to reply here.
Share:
Link
Top Bottom