You are using an out of date browser. It may not display this or other websites correctly.
You should upgrade or use an alternative browser.
K

But the example from Fallout is specifically not using TLOS.

almic85 said:
We also hit the issue that terrain is often made for 40k or other games with abstracted or simpler vertical movement rules so most vertical terrain needs climbing points to be agreed before hand.
Click to expand...

I made a load of ladders from stirrer sticks and cocktail sticks.

Then you can prop them up at places when other obvious access points aren’t available. Heck if you wanted you could just prop up unmodified sticks as reminders as to where ladders are if you’re pushed! 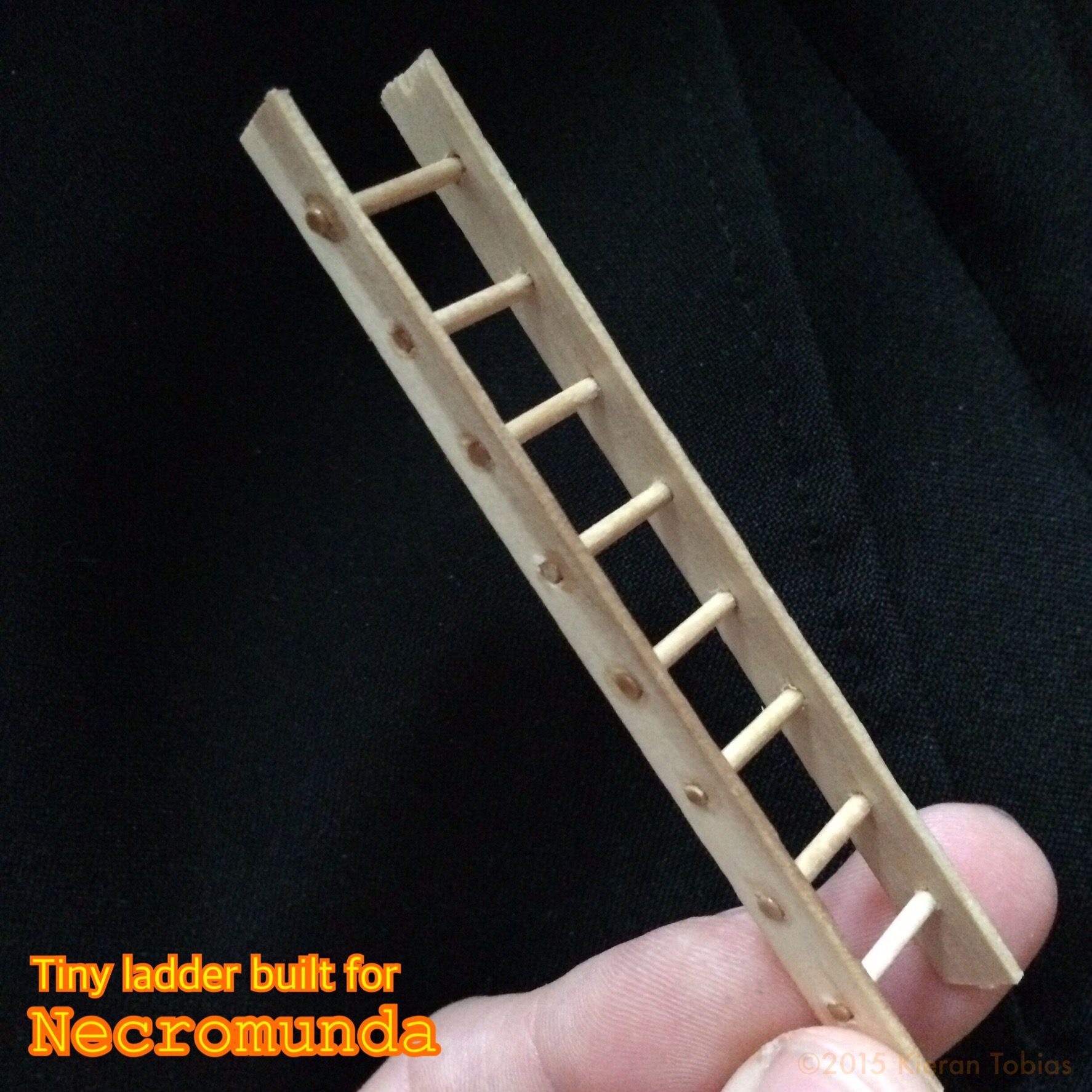 Stirrer sticks and cocktail sticks are your friends!
I don’t have many photos of our games tables but there this one on my phone from a few years back (possibly pre-N17!). 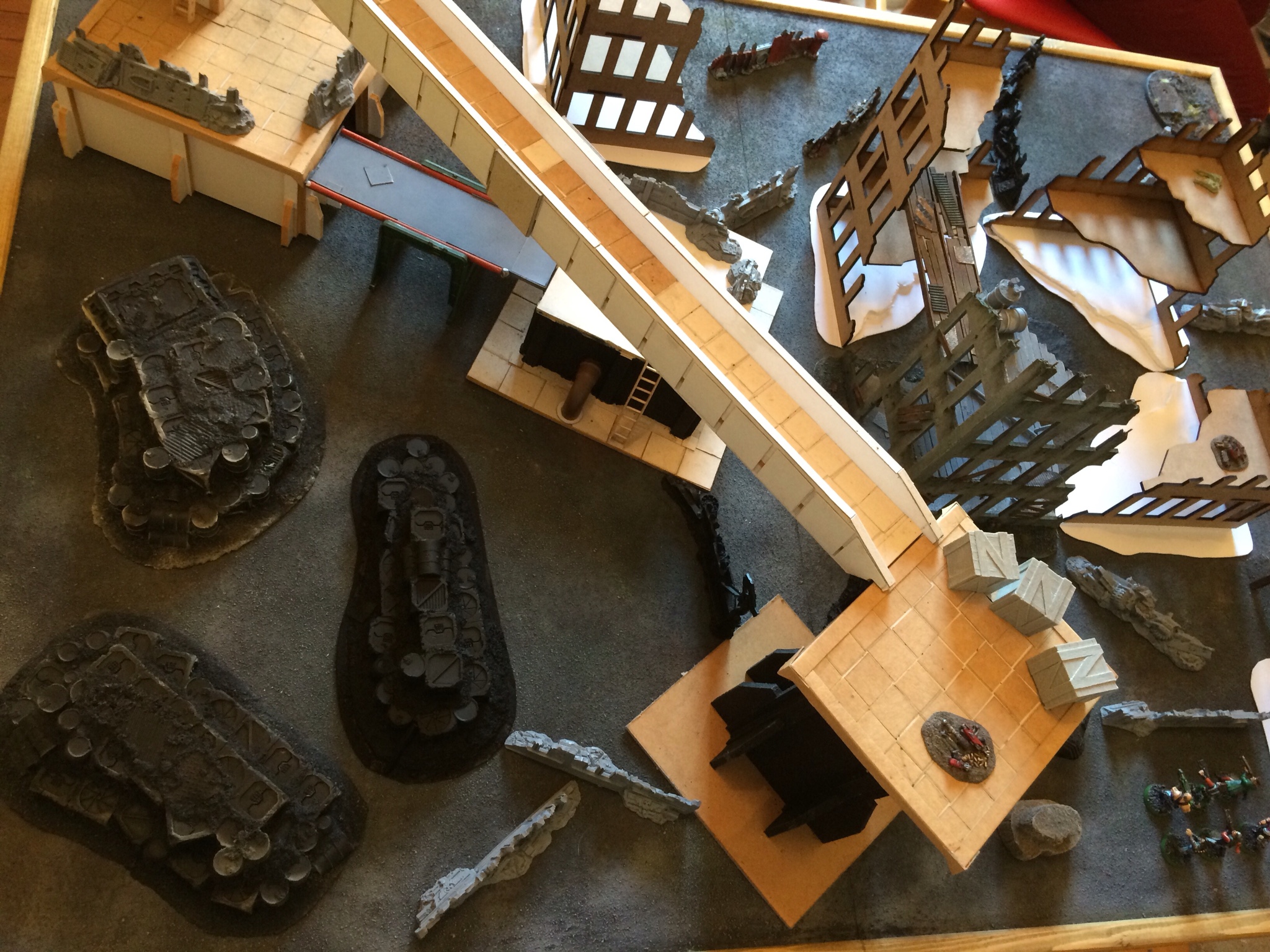 MusingWarboss said:
I made a load of ladders from stirrer sticks and cocktail sticks.

Then you can prop them up at places when other obvious access points aren’t available. Heck if you wanted you could just prop up unmodified sticks as reminders as to where ladders are if you’re pushed!
Click to expand...

This is an S Tier tip for anyone who isn't setting up their board that way!

Ladders should be sprinkled liberally across a table after the initial setup, like salt on fries.

It counteracts deadly fire-lanes by giving fighters more subtle ways to move around the board.

I think it's even better when paired with lenient house rules for vertical movement (ie. allowing a model to stop halfway up a ladder if that's all their move gets, rather than forcing them to stop at the foot of the ladder one round, then use full movement to ascend the next round).
Reactions: MusingWarboss
K

Here are some board setups I played on from 2017-2018. These were pretty early in my core group's Newcromunda era (you can see bits and pieces getting painted from one pic to the next) and I wish I had more recent ones, because we upped our game significantly. Then covid shut us down. 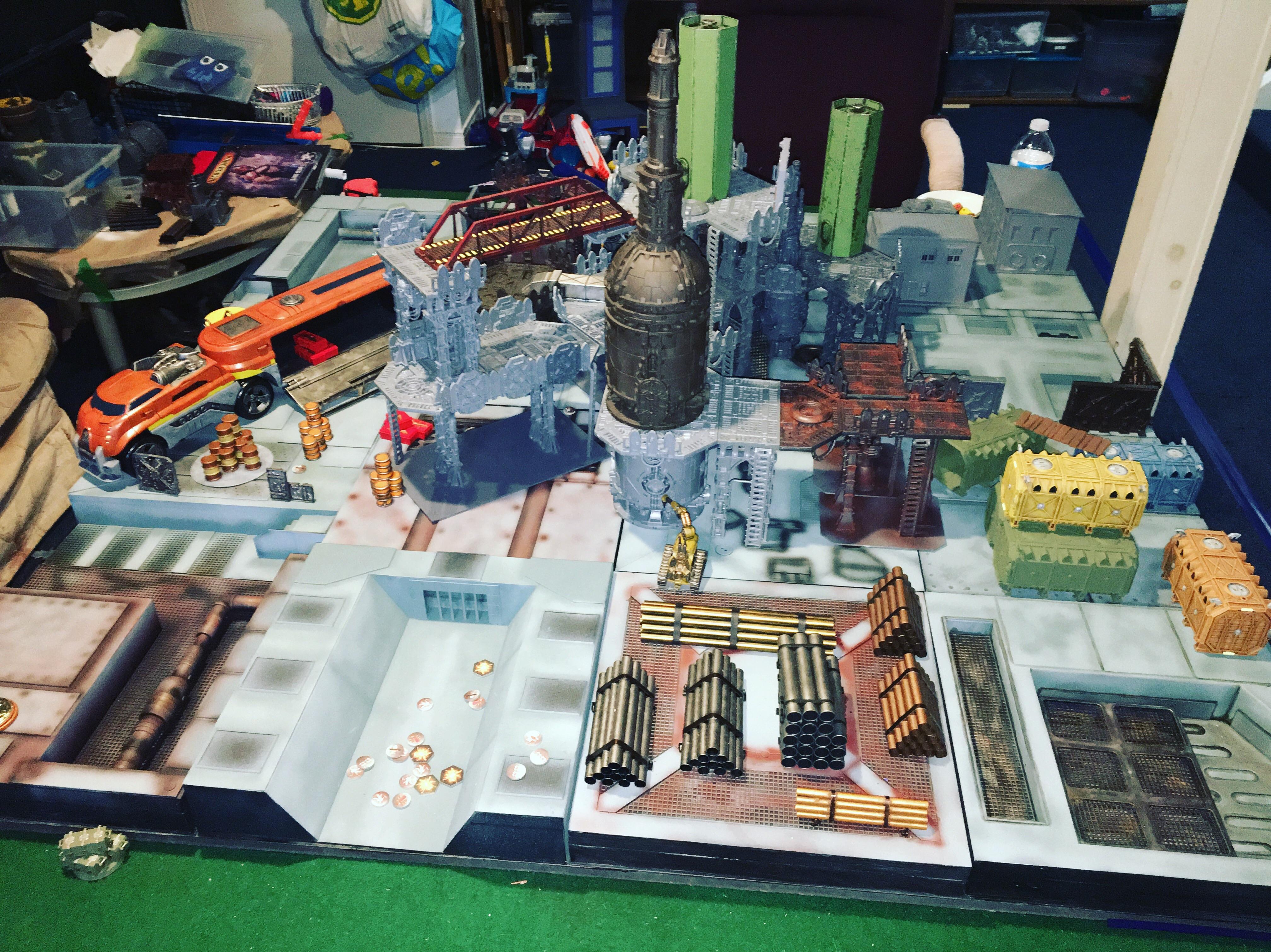 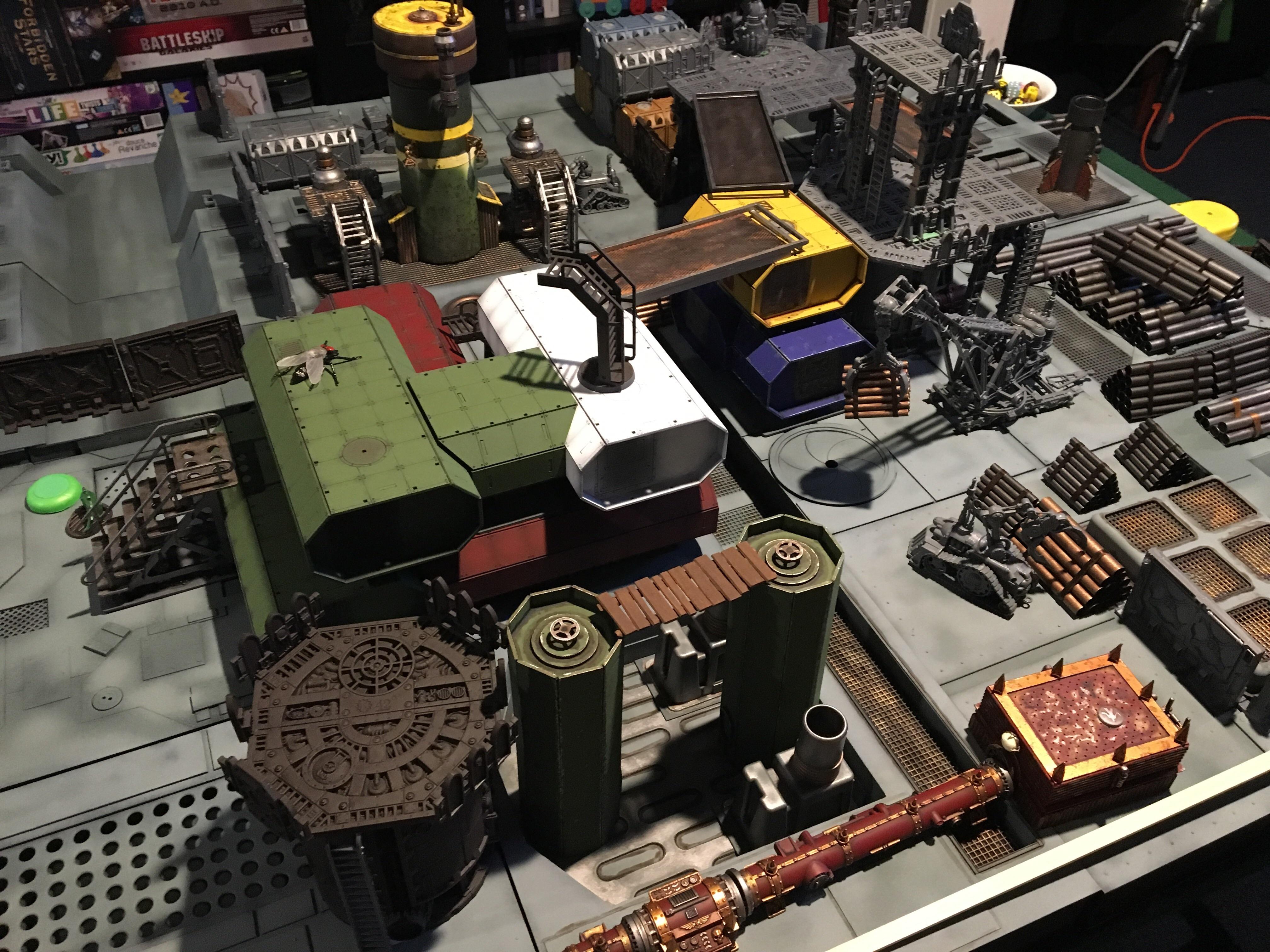 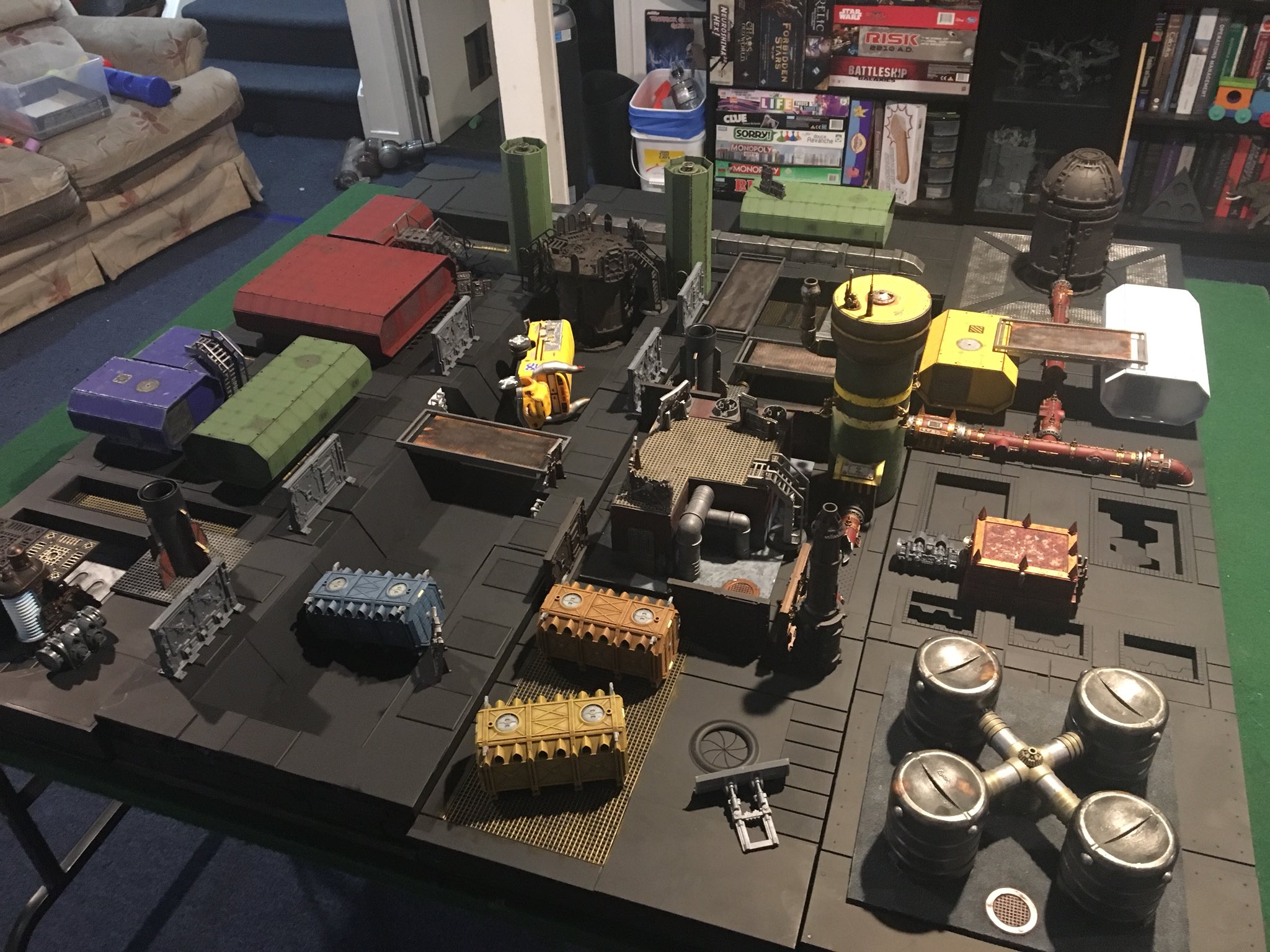 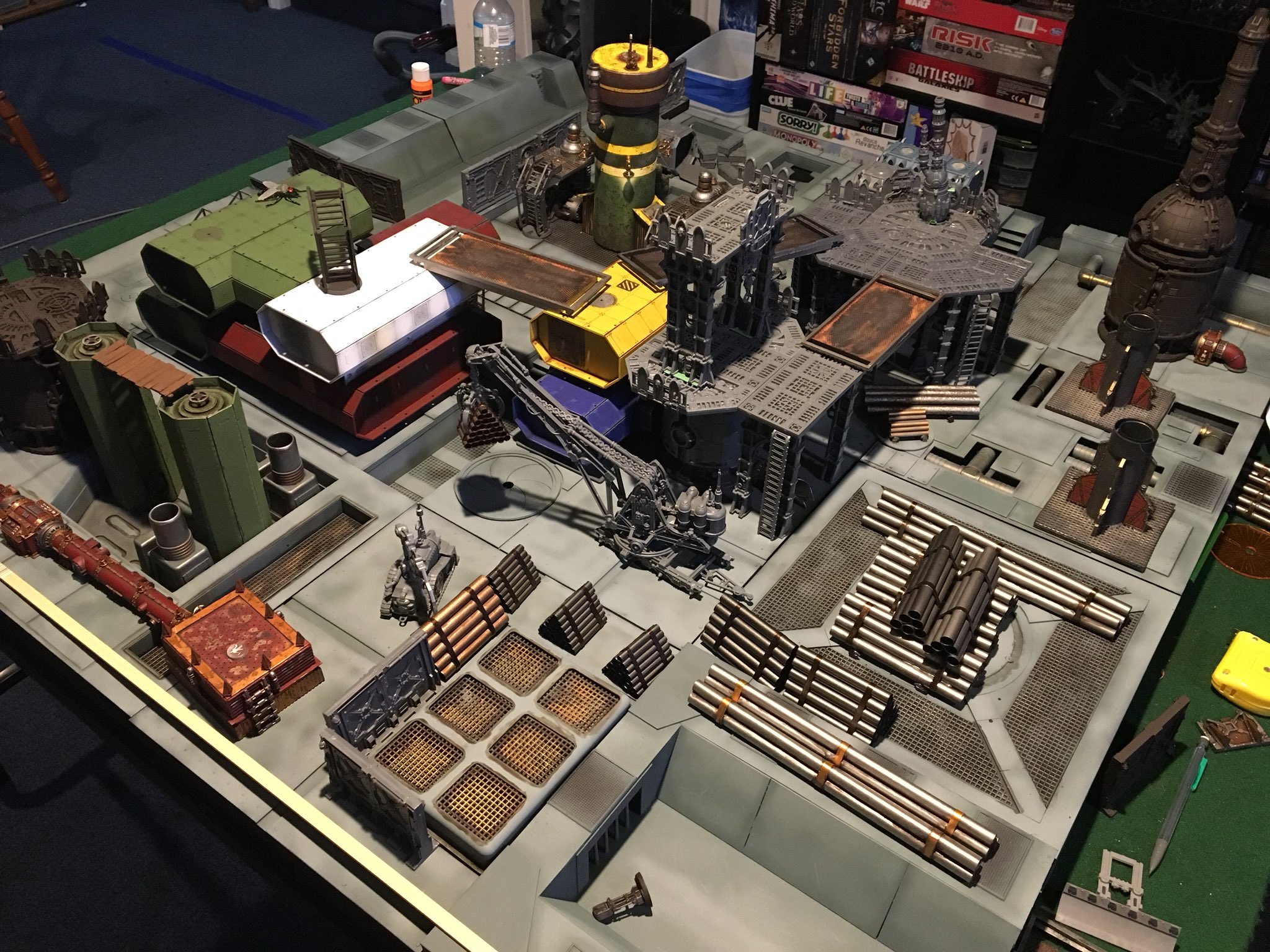 (which is good, because TLOS has always been terrible, and inferior to a system that uses silhouettes and/or default size categories)
Click to expand...

TLOS has its problems, that's for sure. The biggest pet peeve of mine is modelling for advantage, of course.
However systems with abstractions like Silhouettes also don't seem quite right - why even play with minis then, if in any situation you can just replace your mini with a rectangular cutout and nothing changes. Cut the middleman, so to speak.

BTW, KT2021 seemingly tries to take the best of both worlds and in my opinion is reasonably successful at that.
Reactions: SweetOrbMace
A

Very nice tables. These are some of the table setups we use, a lot of line of sight blockers but you can also shoot as well. We also mix dm terrain with GW ones, adding some other printed terrain and even scrapbuild. 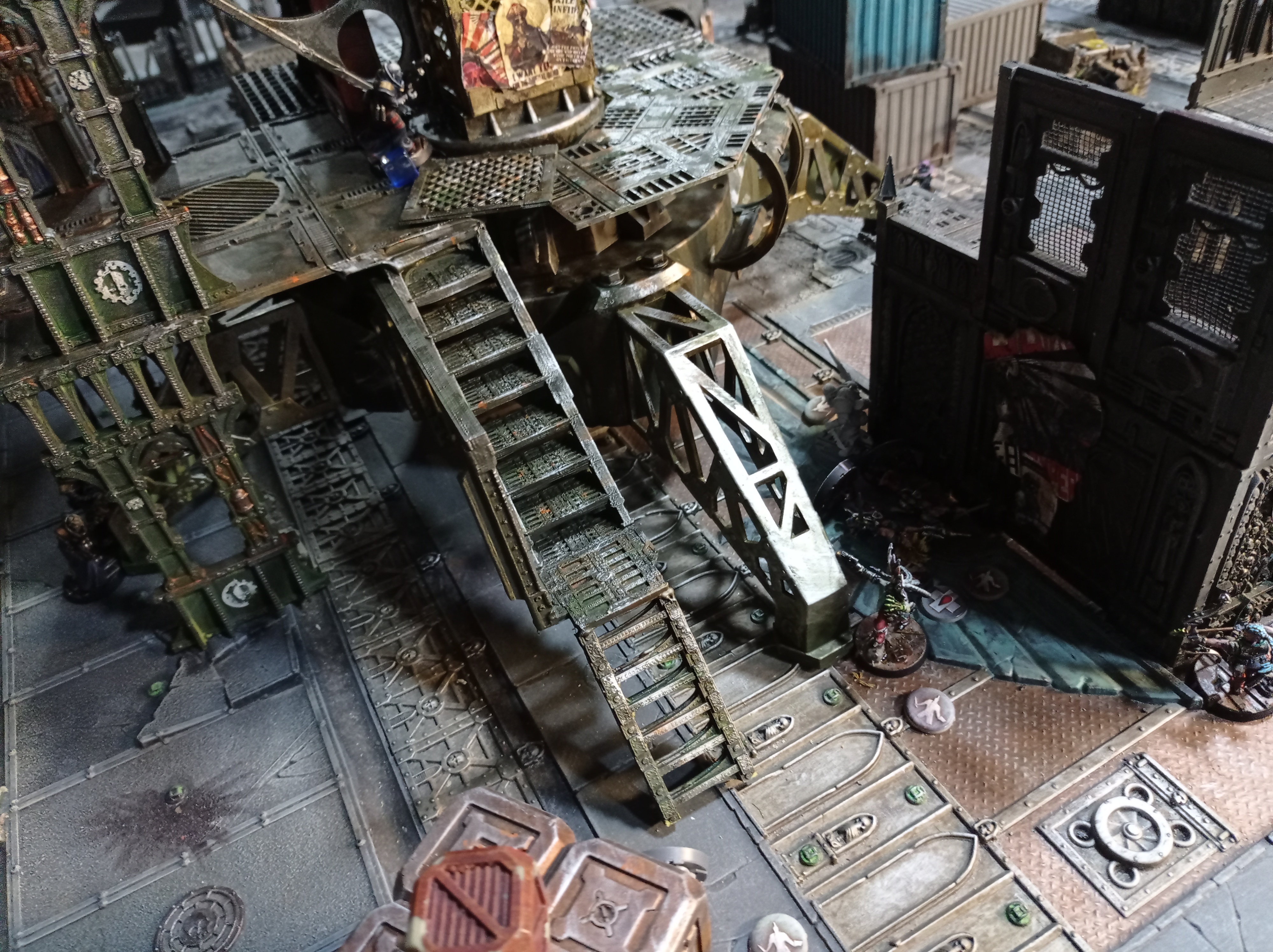 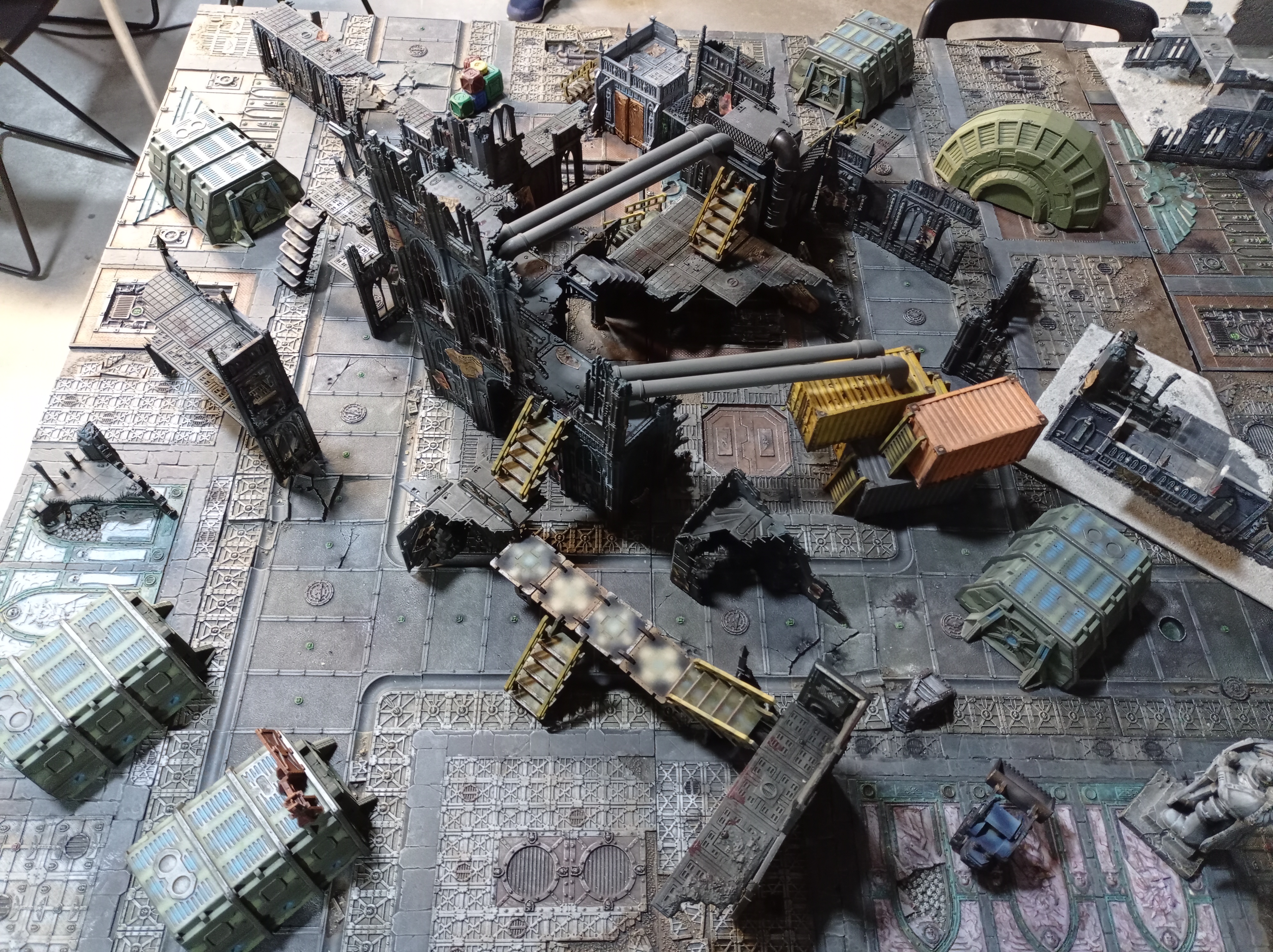 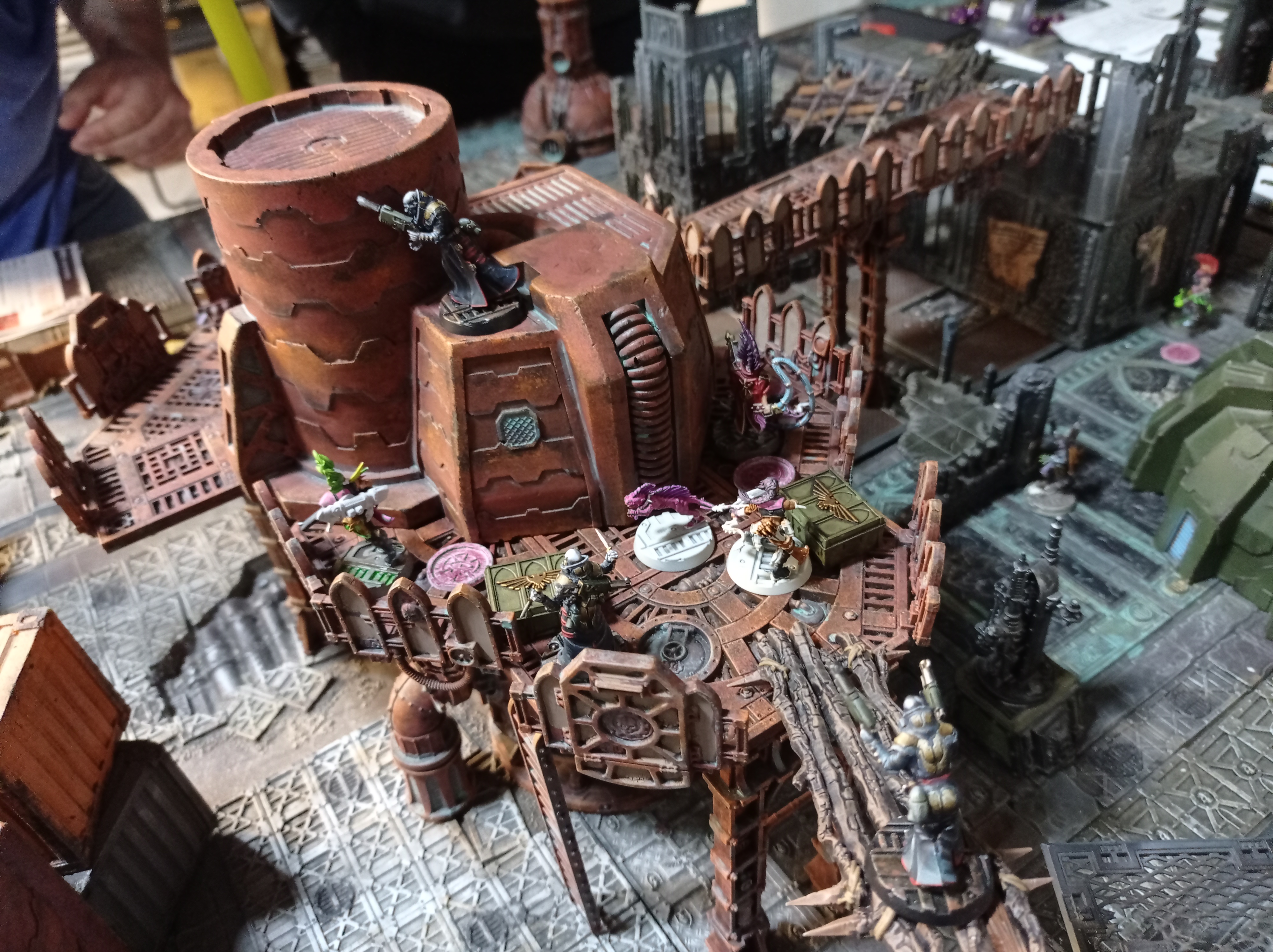 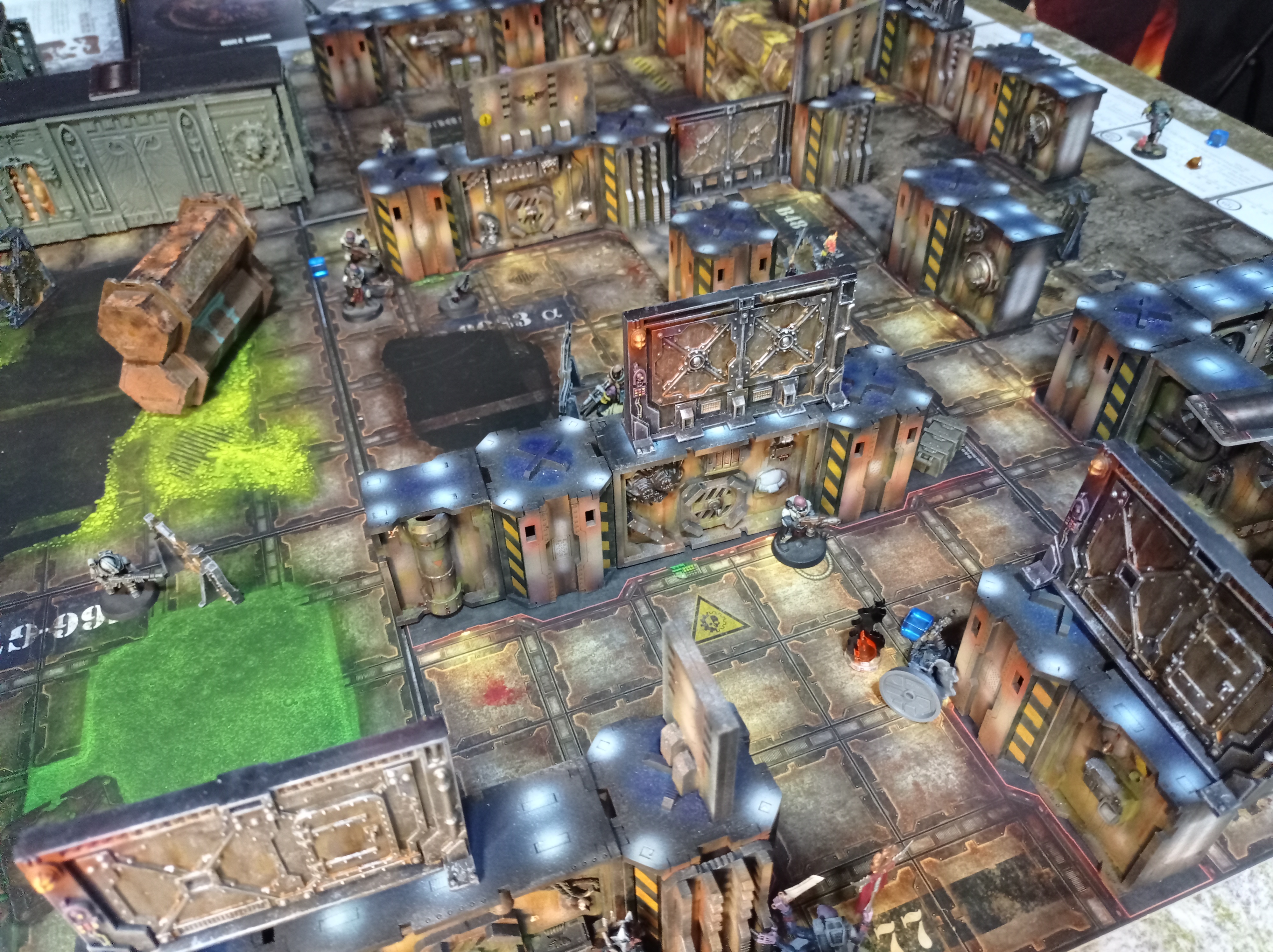 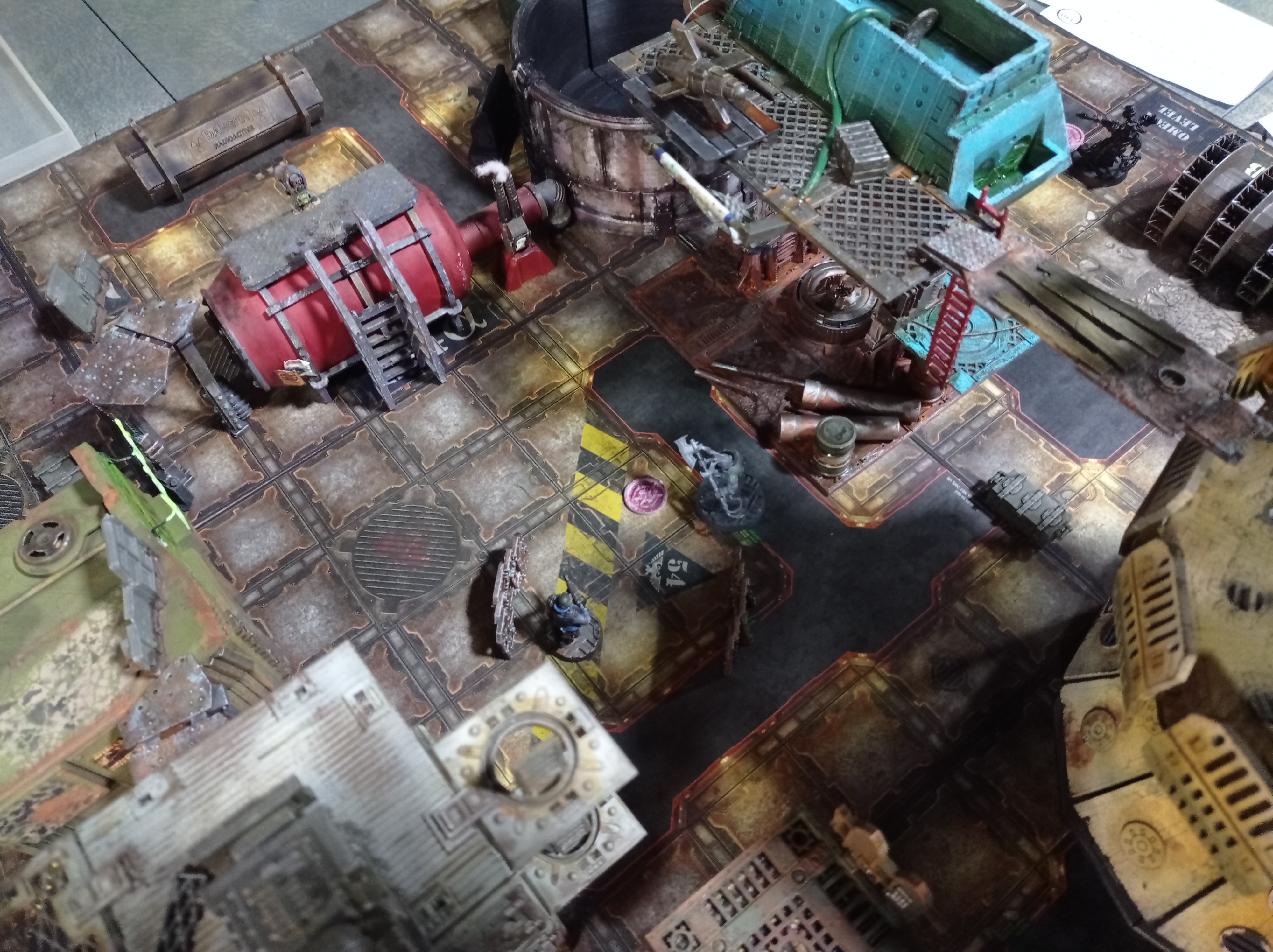 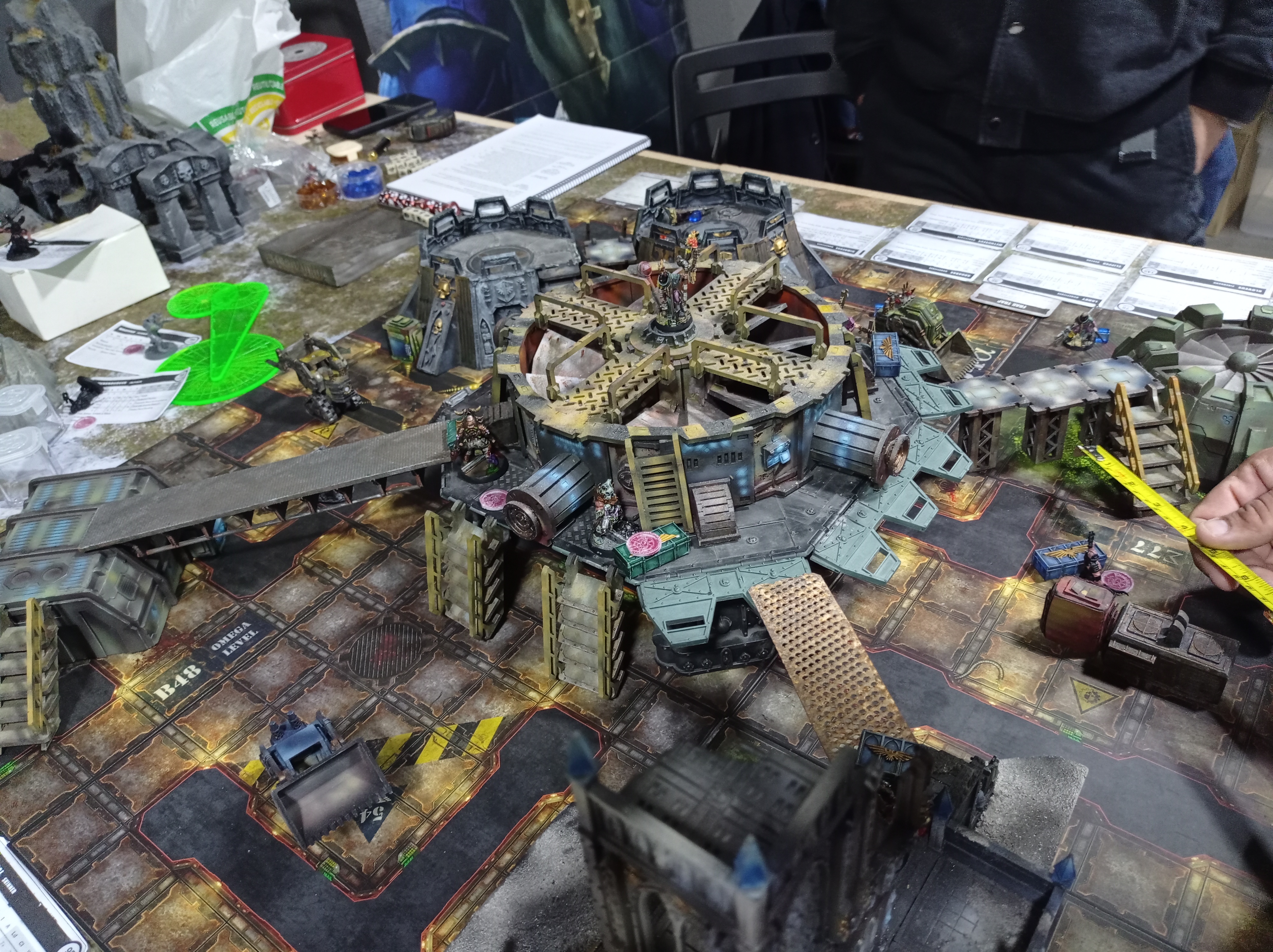 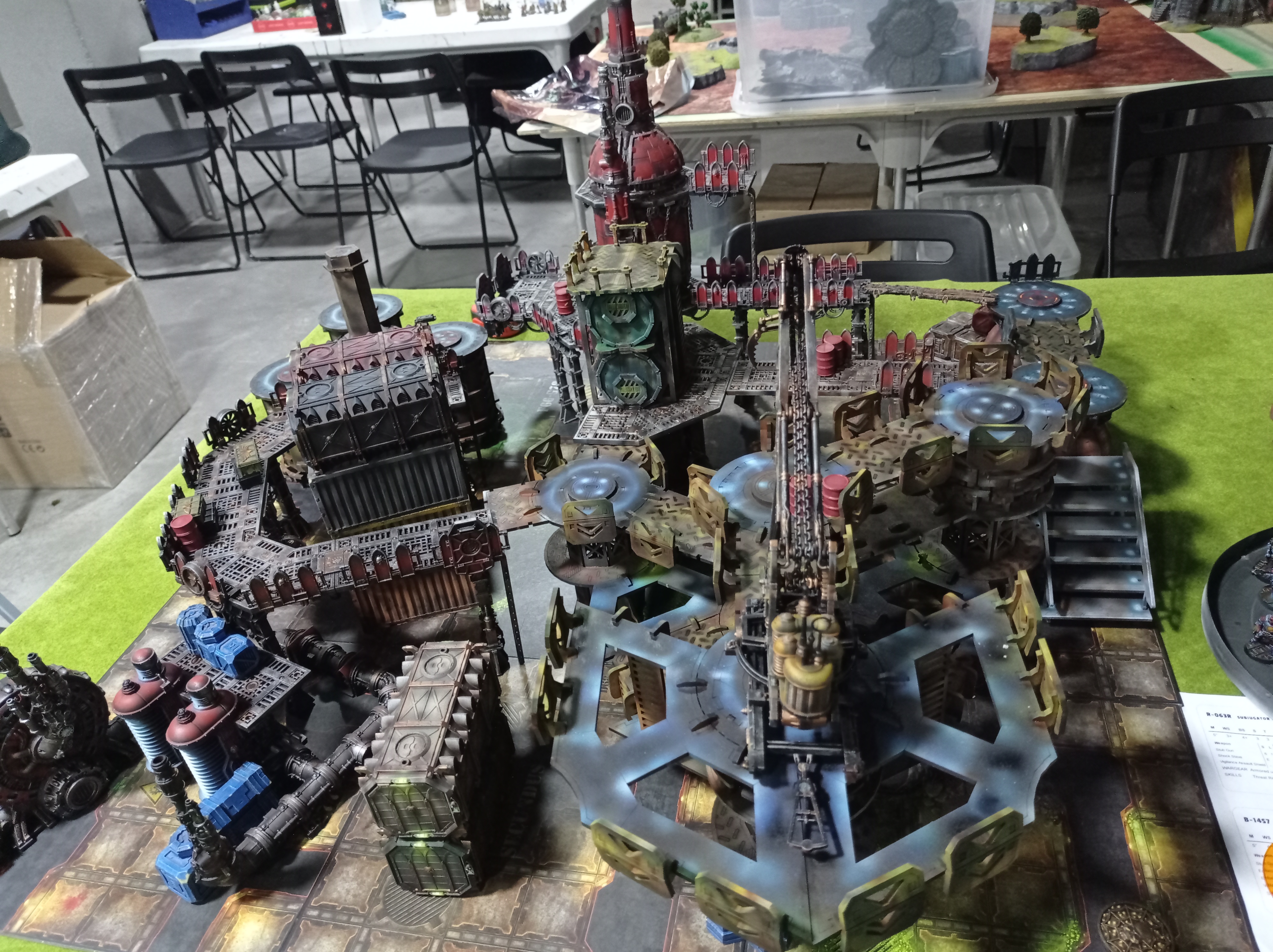 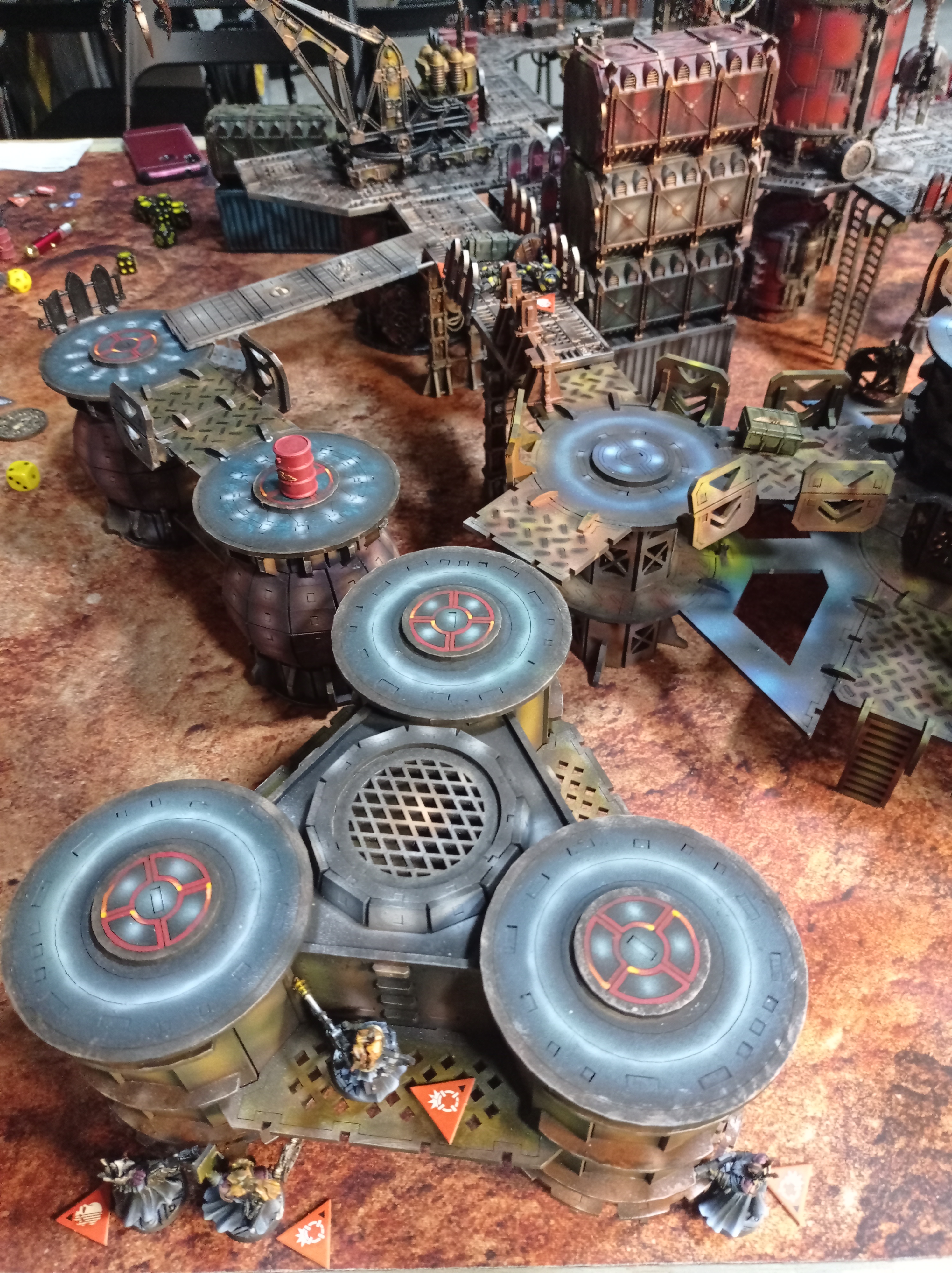 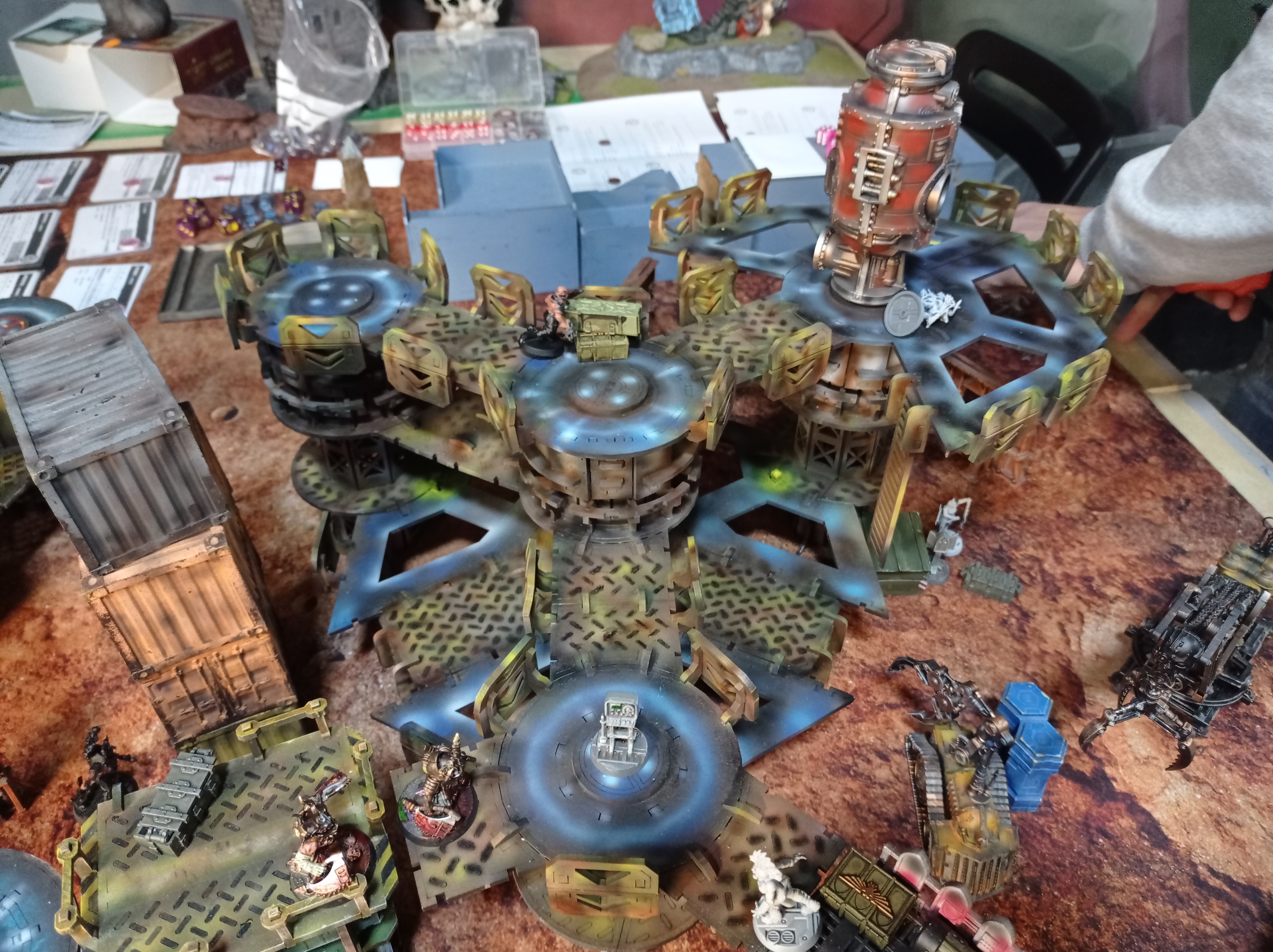 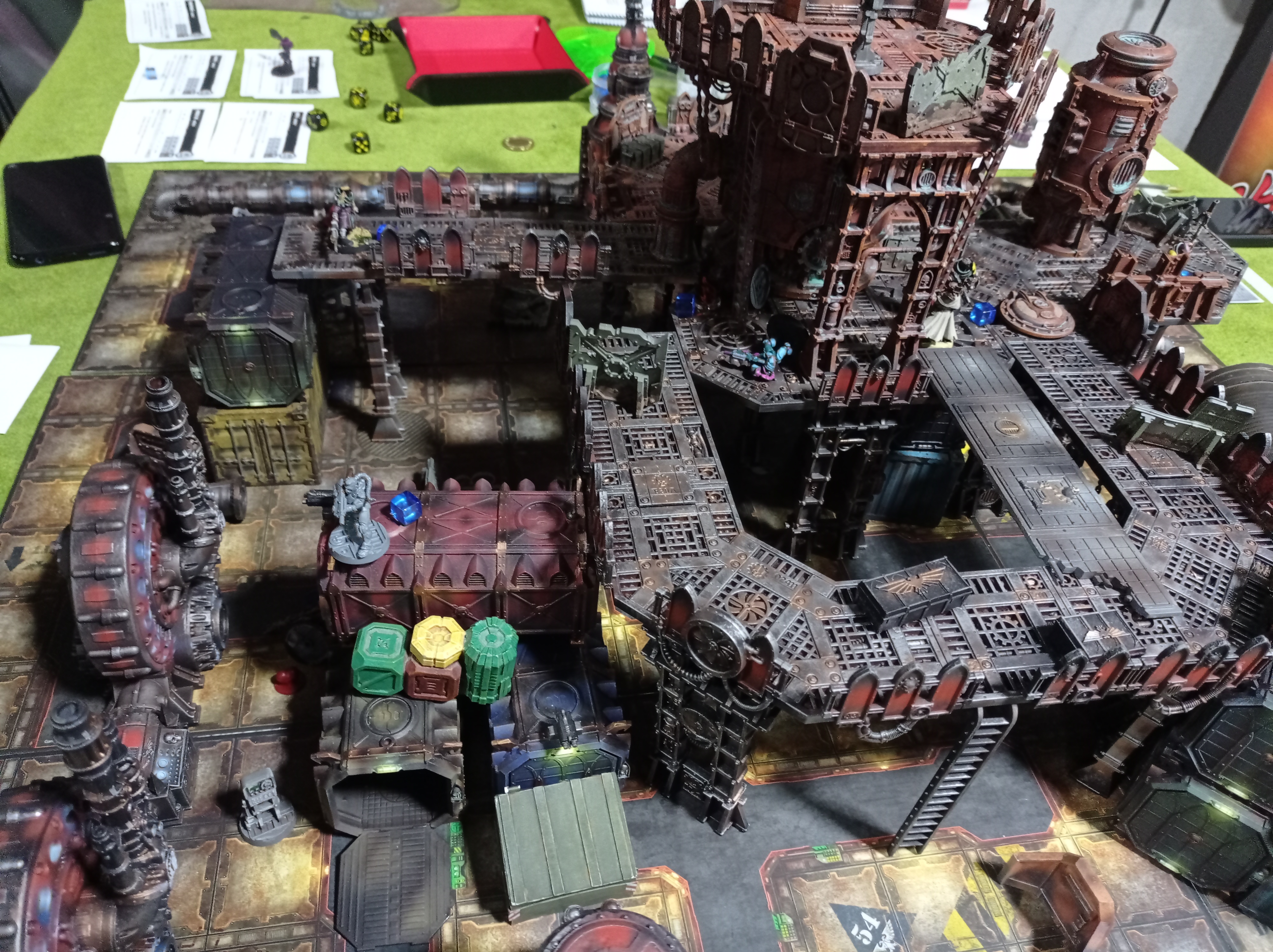 I think more height adds to LOS blocking. The old blockhead terrain was great for that. 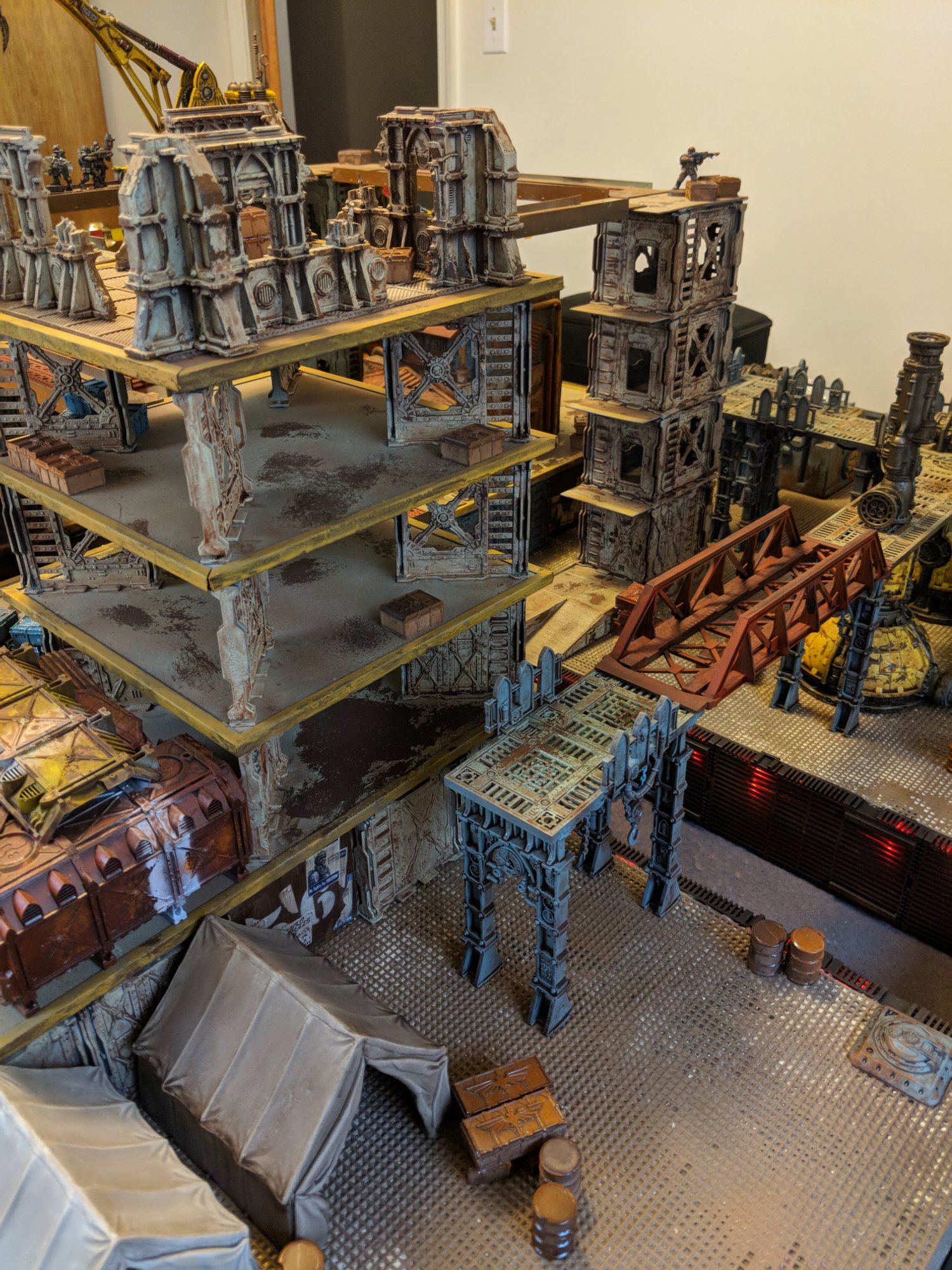 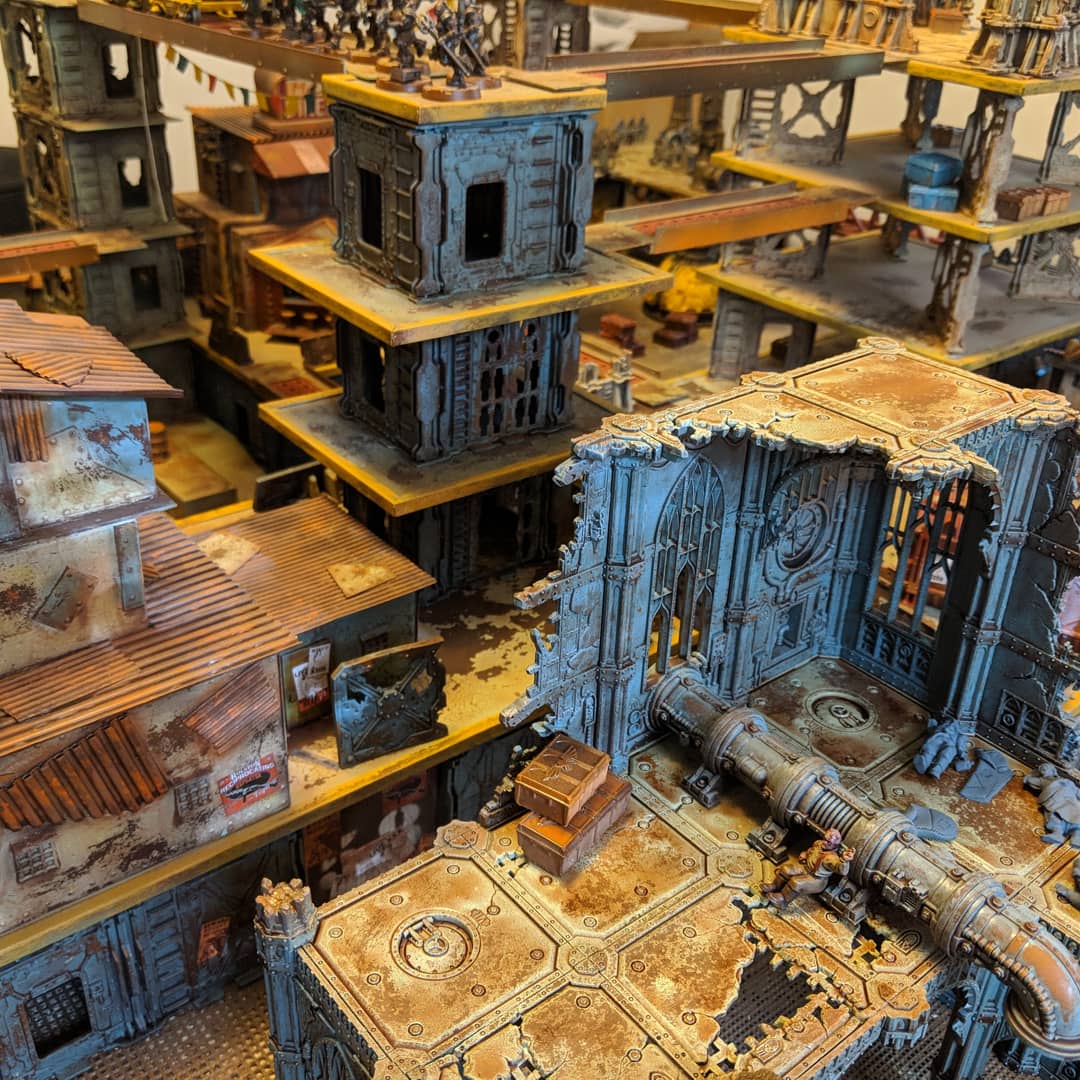 Wow! @pathatrick that is an awesome table! What a great mix of kits, bulkheads, and scratch-built terrain. I really like the tents in the first picture!
Reactions: TopsyKretts and pathatrick
K

Yeah, those tents are awesome. Are they scratch-built, 3D-printed, or a product from somewhere @pathatrick ?
J

pathatrick said:
I think more height adds to LOS blocking. The old blockhead terrain was great for that.

I love the roofs and the MC Escher inspired tower. It looks like you're mixing Zone Mortalis, Mechanicus, and other pieces?

Some beautiful terrain in this thread!

Posting about Infinity, the firing in that game is a lot more dangerous than in Necromunda; simply because the mechanics of reactive fire means you can shoot people as they run between buildings, and the units tend to be a lot less durable too (or firepower is more effective rather). Generally the melee effective guys in Infinity have some way of getting close to the enemy without being shot first (LoS blocking grenades, camouflage so they have to be spotted first etc.) The general advice with Infinity terrain is not to have too many 'fire corridors' across the board, where it is possible to see from one side to the other. If you do, the game can turn into static sniper battles between long range weaponry.

Although shooting in Necromunda is still very powerful, I would say that any terrain setup that is suitable for Infinity would de facto be fine for Necromunda. It's also why you see a lot of people using the same or similar terrain setups for both games.
Show hidden low quality content
You must log in or register to reply here.

M
N18 How do you handle player challenges and scheduling in a campaign?

Rules & Mechanics Sunday at 2:31 AM
MusingWarboss