umm.. because it's only funny since he lost an eye?
Reactions: spafe and ClockworkOrange

ClockworkOrange said:
Work continues on One Eyed Prince Albert a faction cannot exist without its champion! 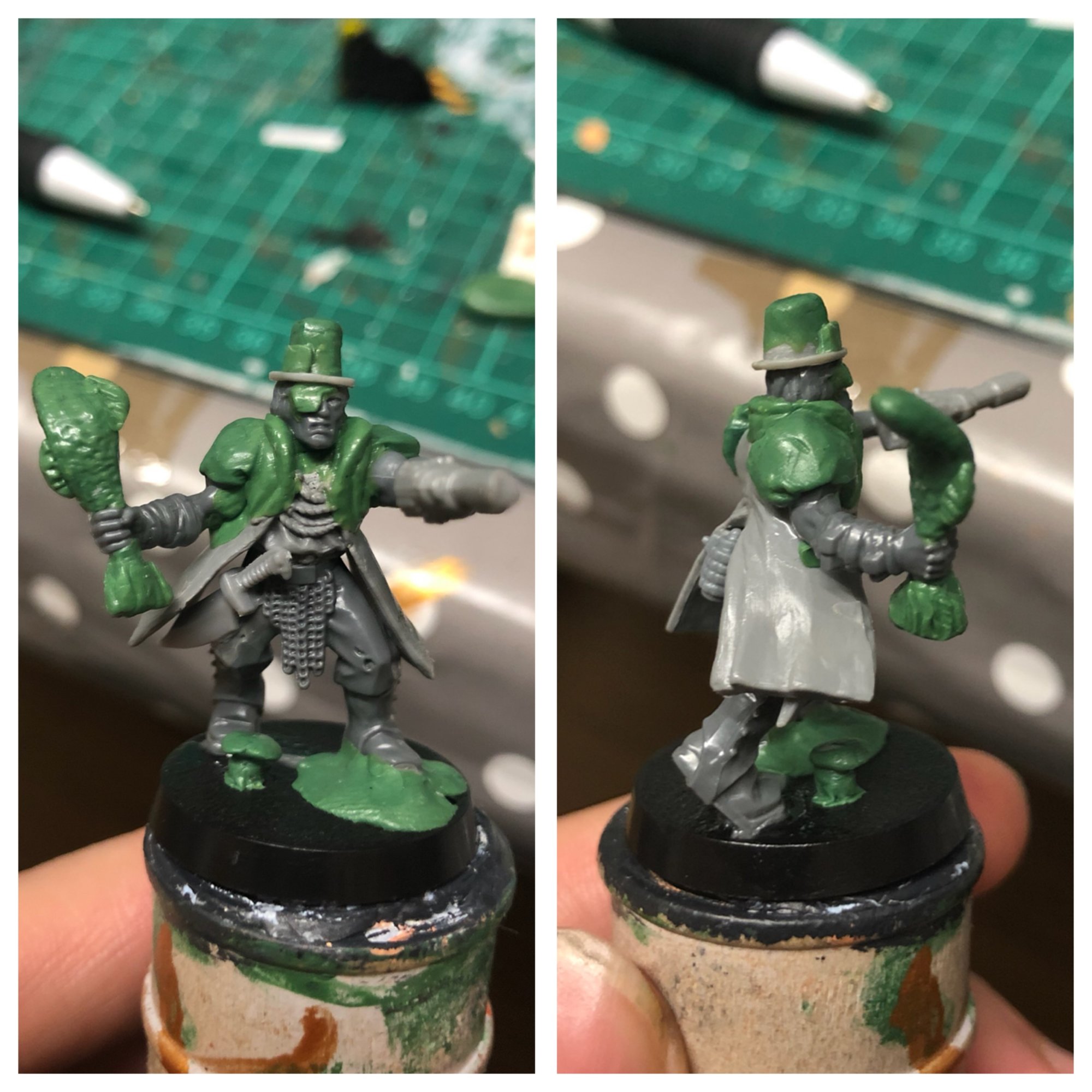 Er.....According to @spafe the fish is called Sir Albert aka The Trout of Justice and it tells Prince Albert what to do! I think he may have finally lost his marbles, bless him.
Click to expand...

As per the Faction thread. 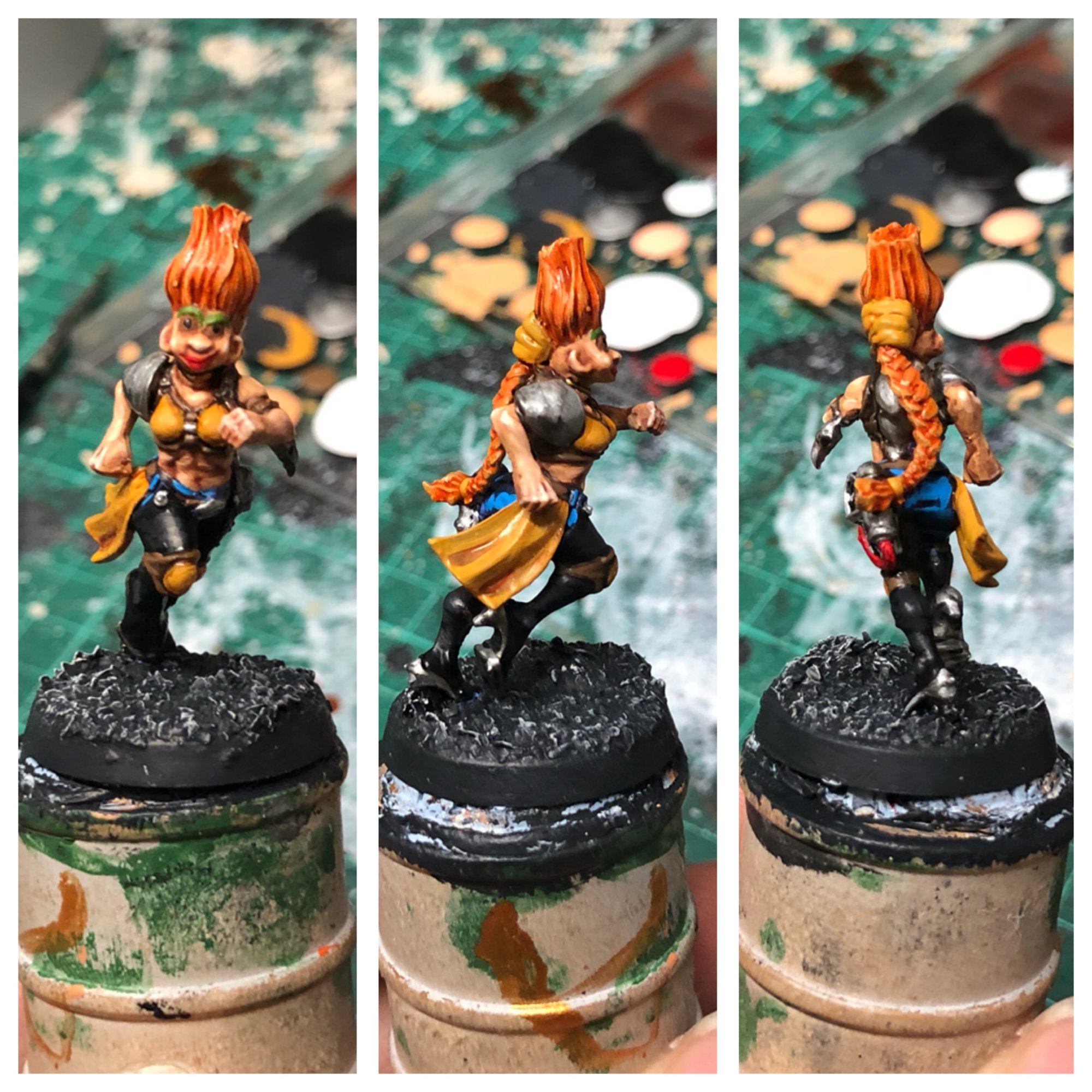 I think she’s allergic to the makeup...
Reactions: Paupoi

The Trolls have done their best to keep this dark orange secret from the world, but due to the numbers now falling victim to Agent Orange they can’t keep it secret any longer.....

Stage 2 Orange Troll Zombies, the hair doesn’t grow out and the Orangeness is trapped inside causing untold damage and brainless misery to the poor victims. 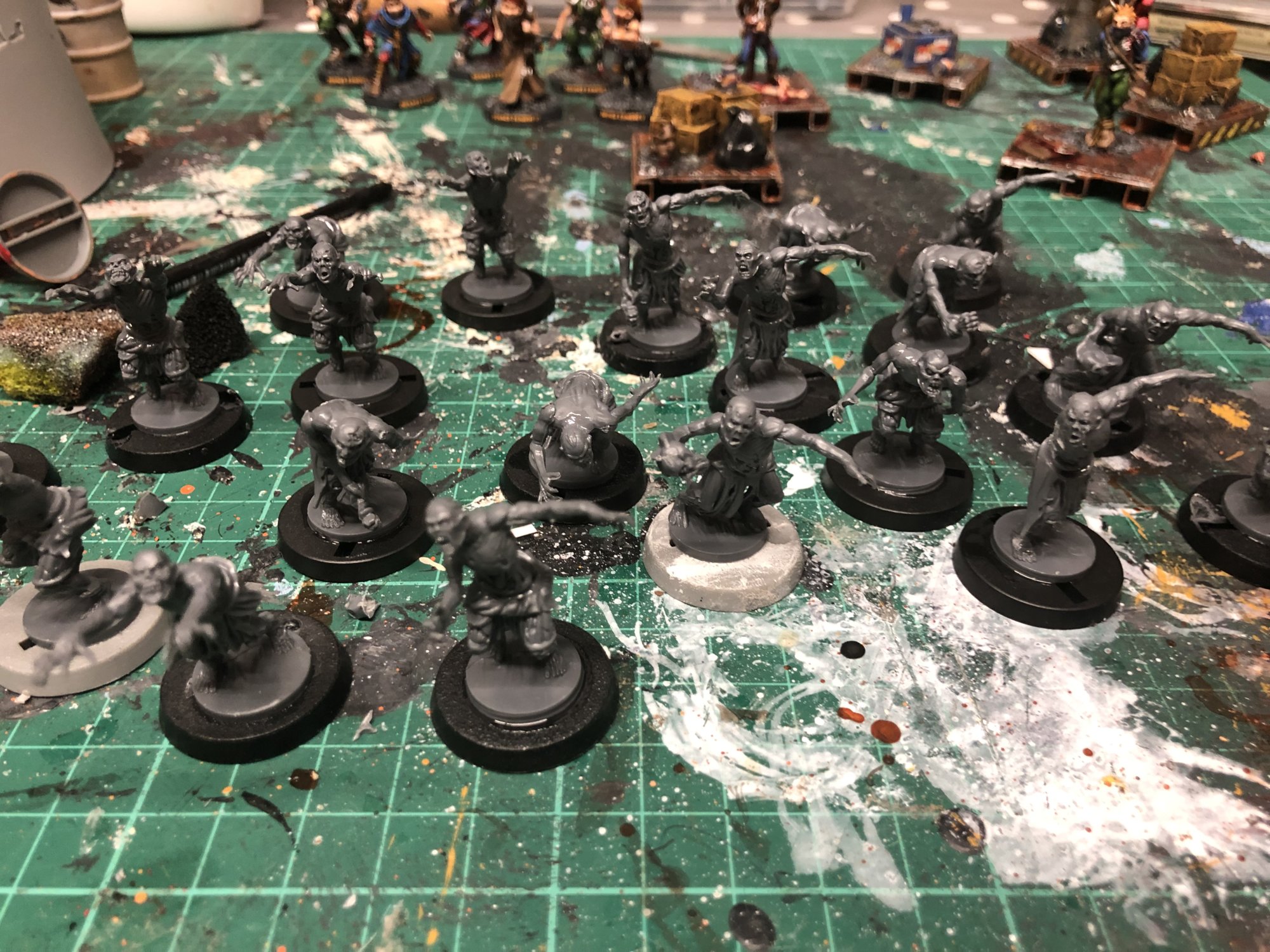 Those poor reverse hippies! Their hair grew in.
May the Emperor bless their wasted souls. 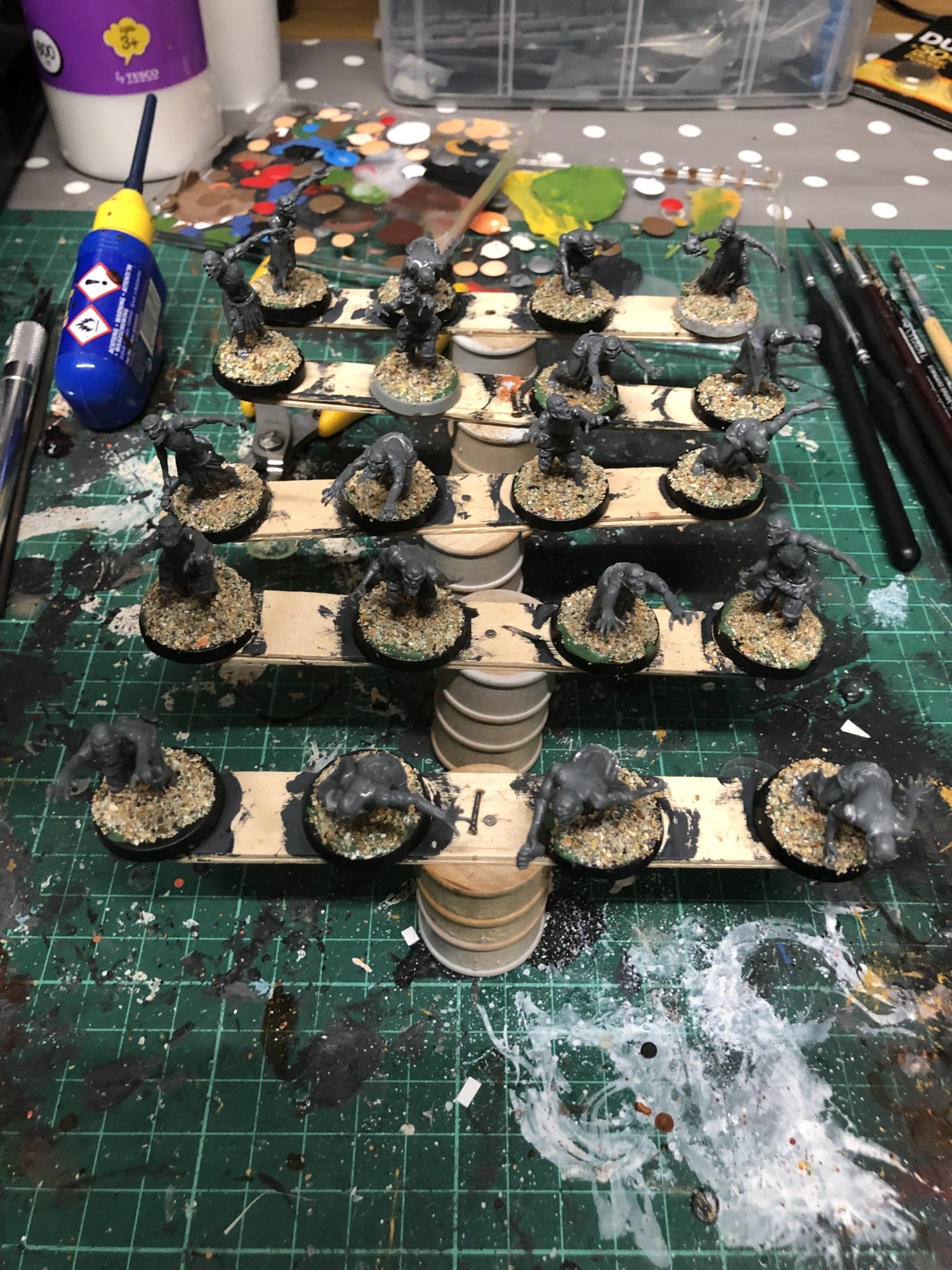 Right all prepped and ready for paint - running out of time to Tribemeat....
Reactions: Nuttowntau, hreikin, spafe and 1 other person

oh-oh say can you see, my eyes if you can, I'm a stage two troll zombie!

And now for some photos from tonight’s Orangemeet: 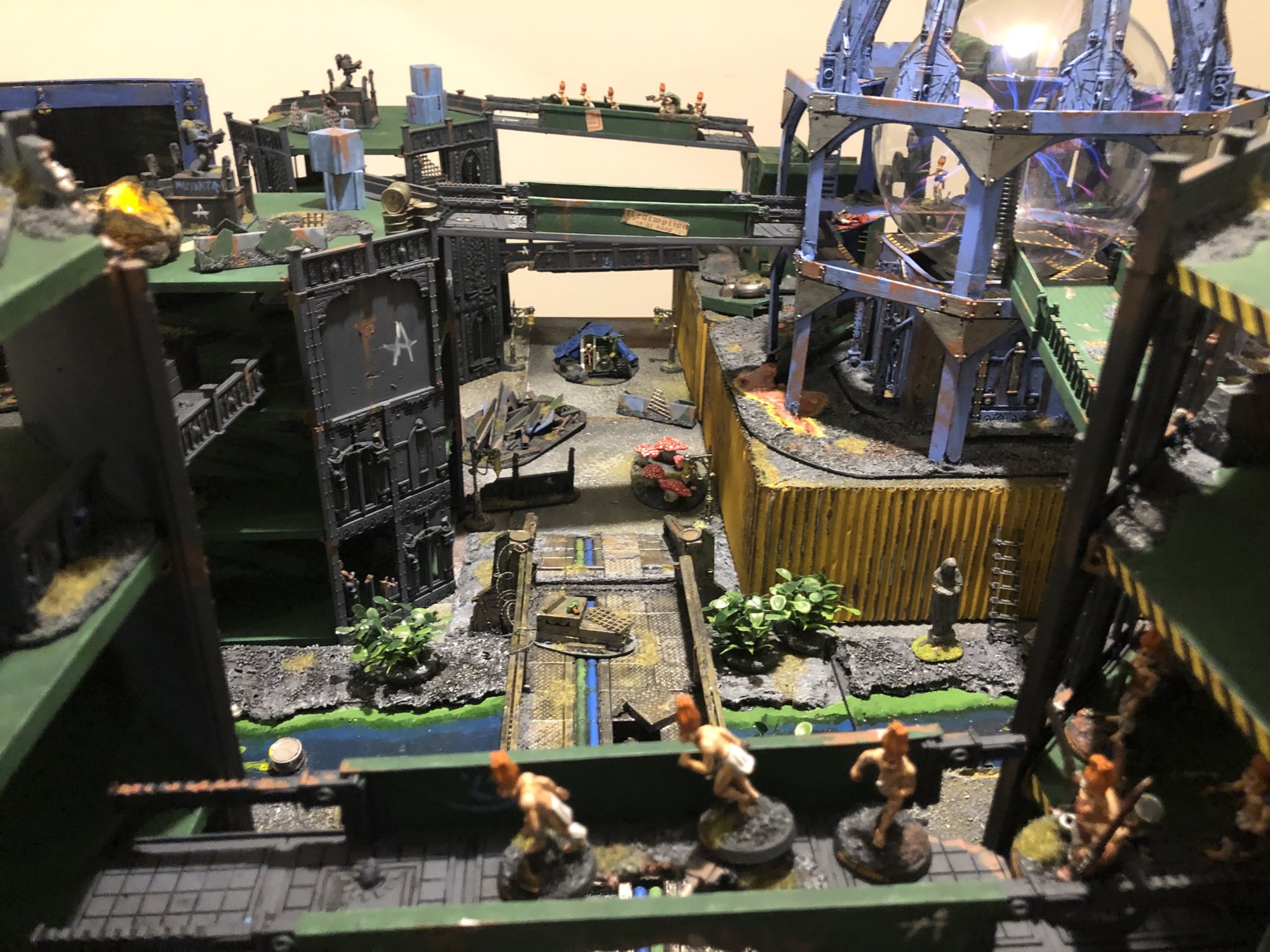 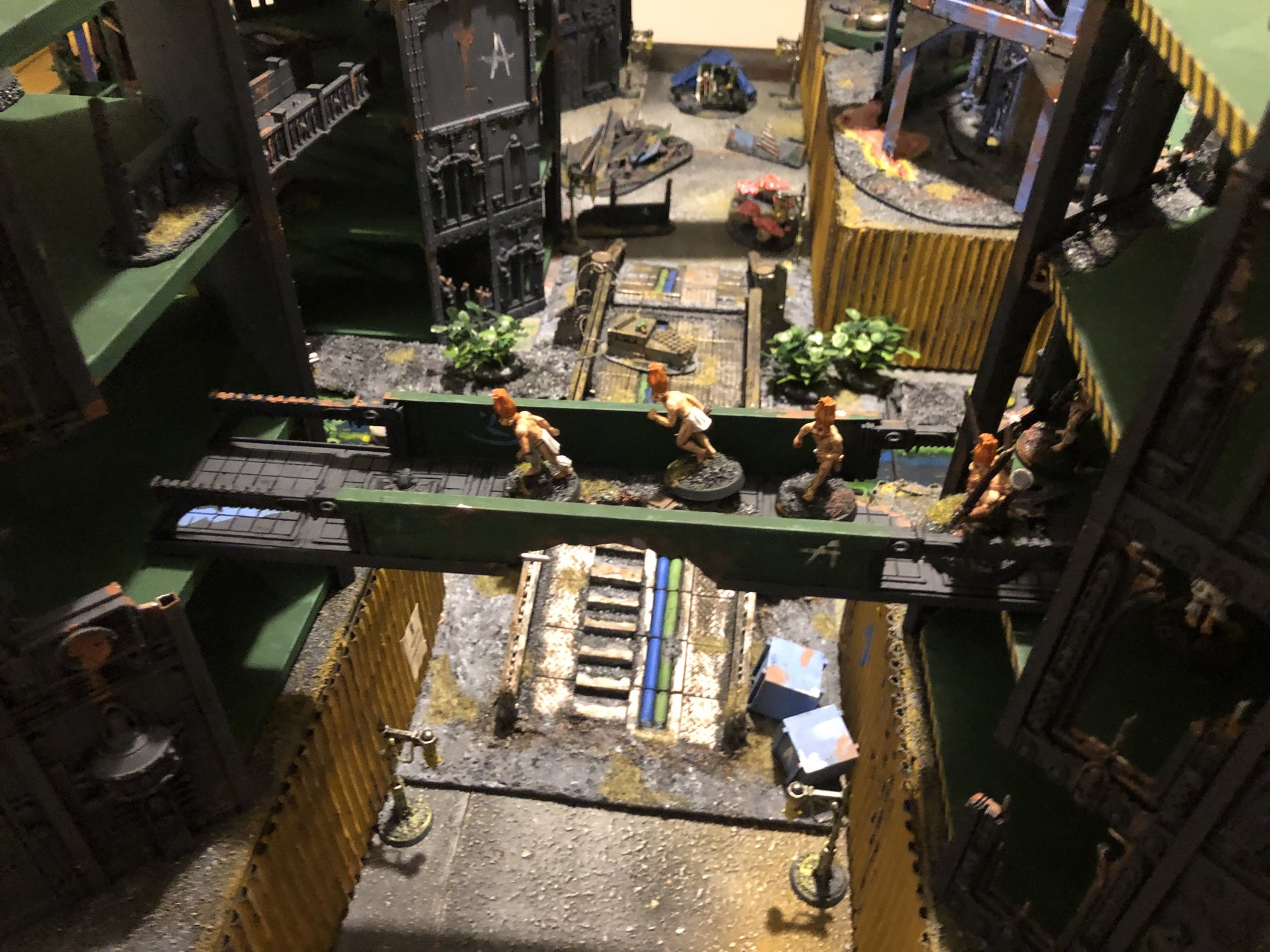 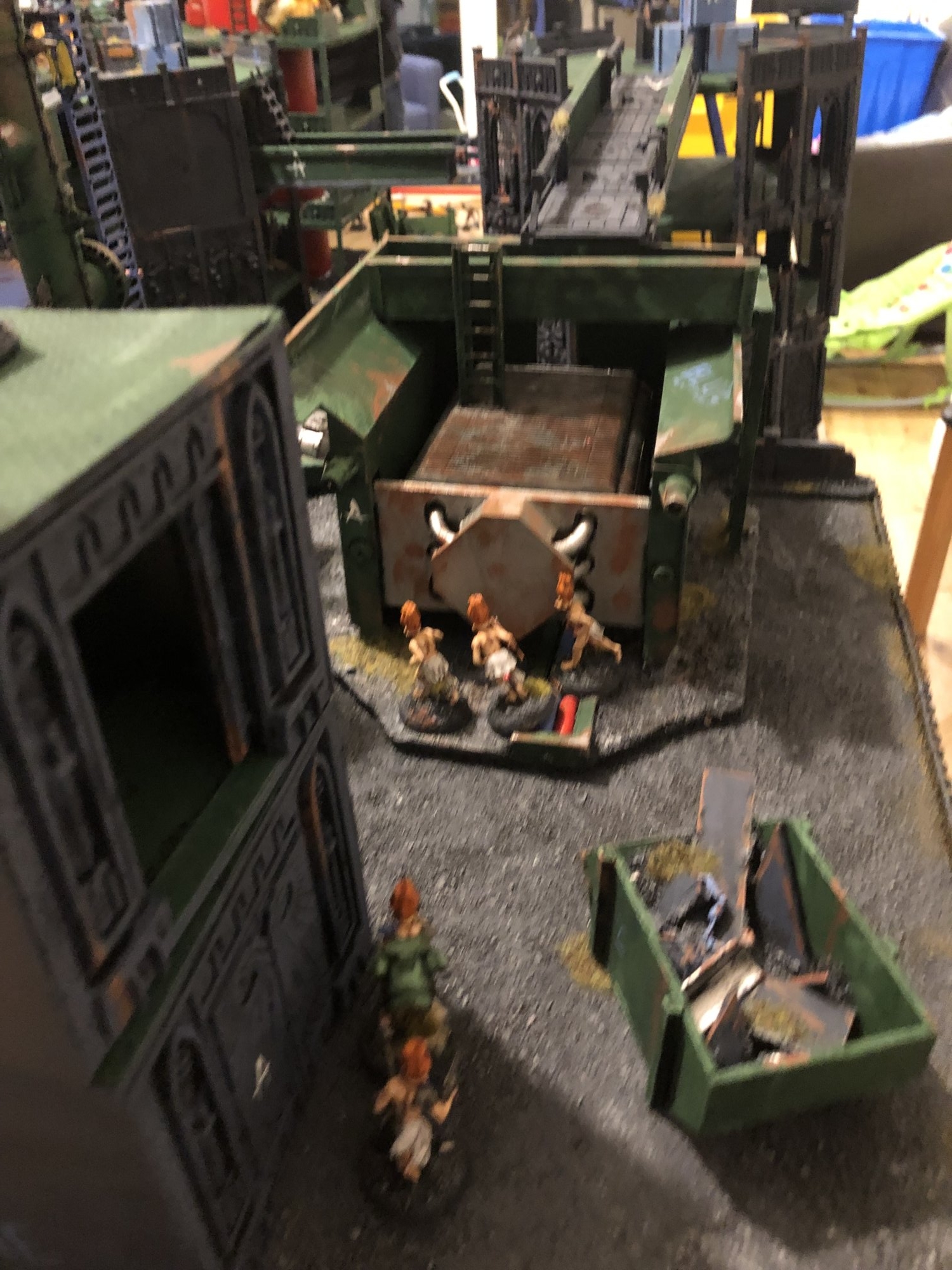 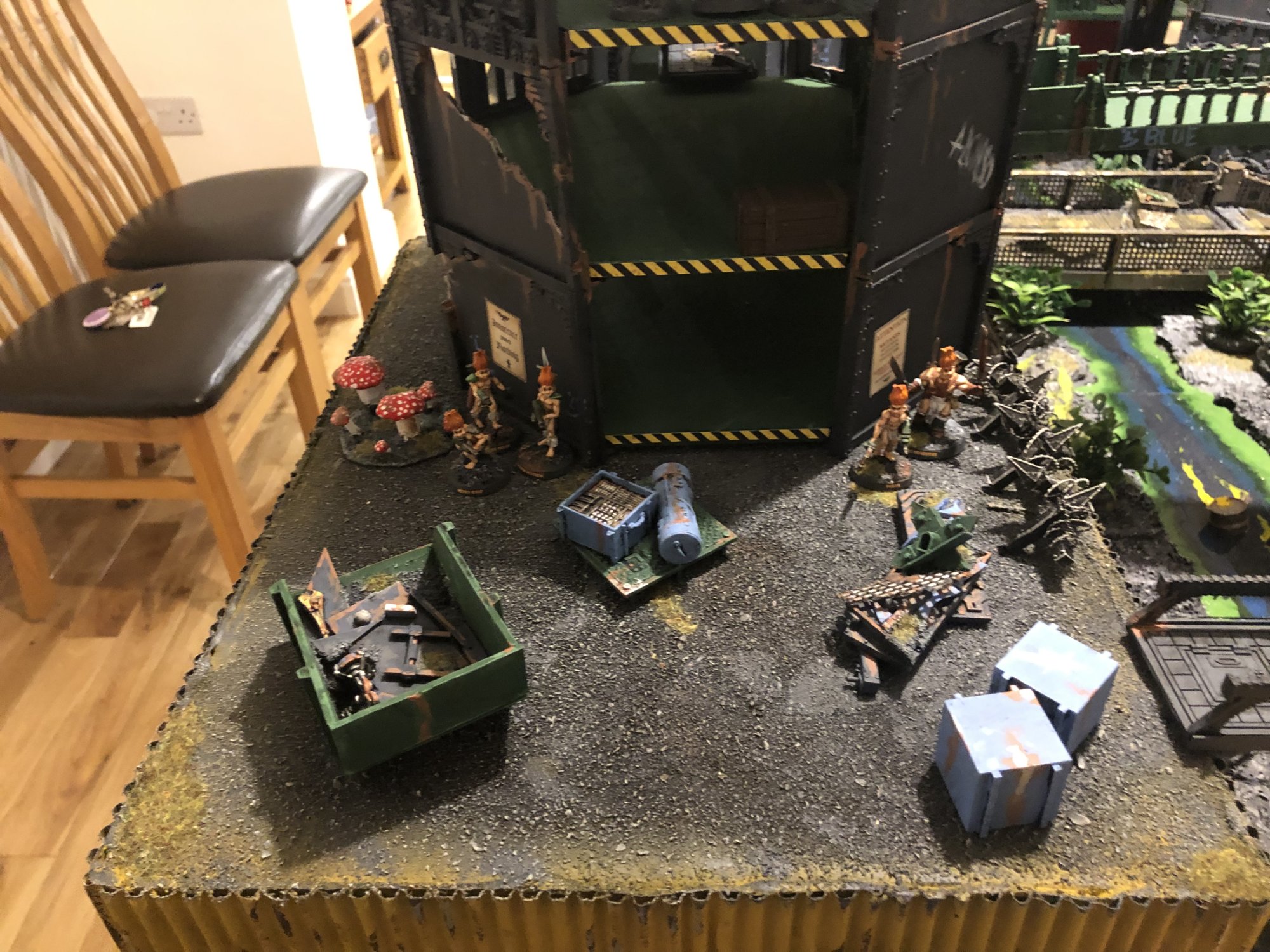 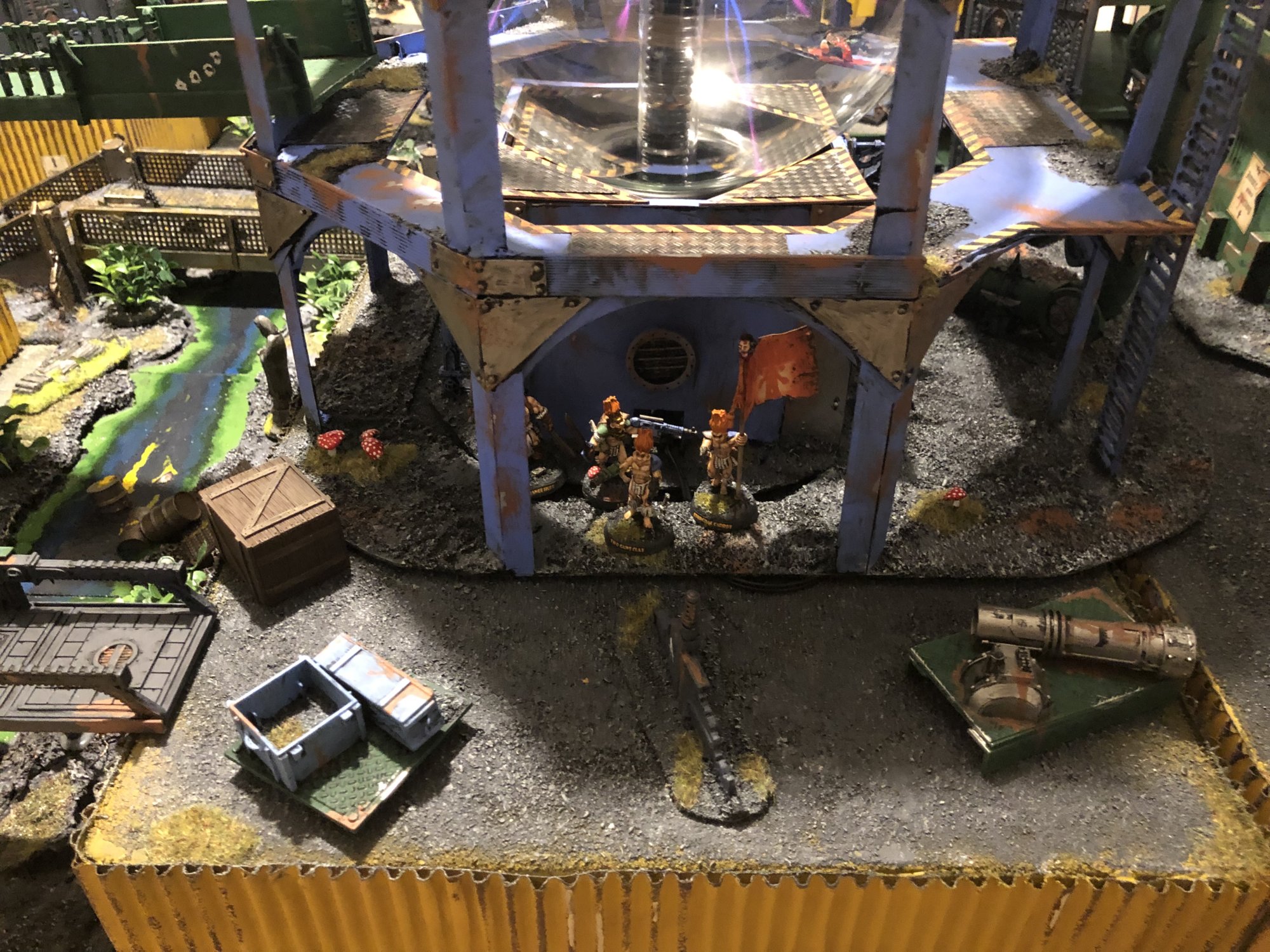 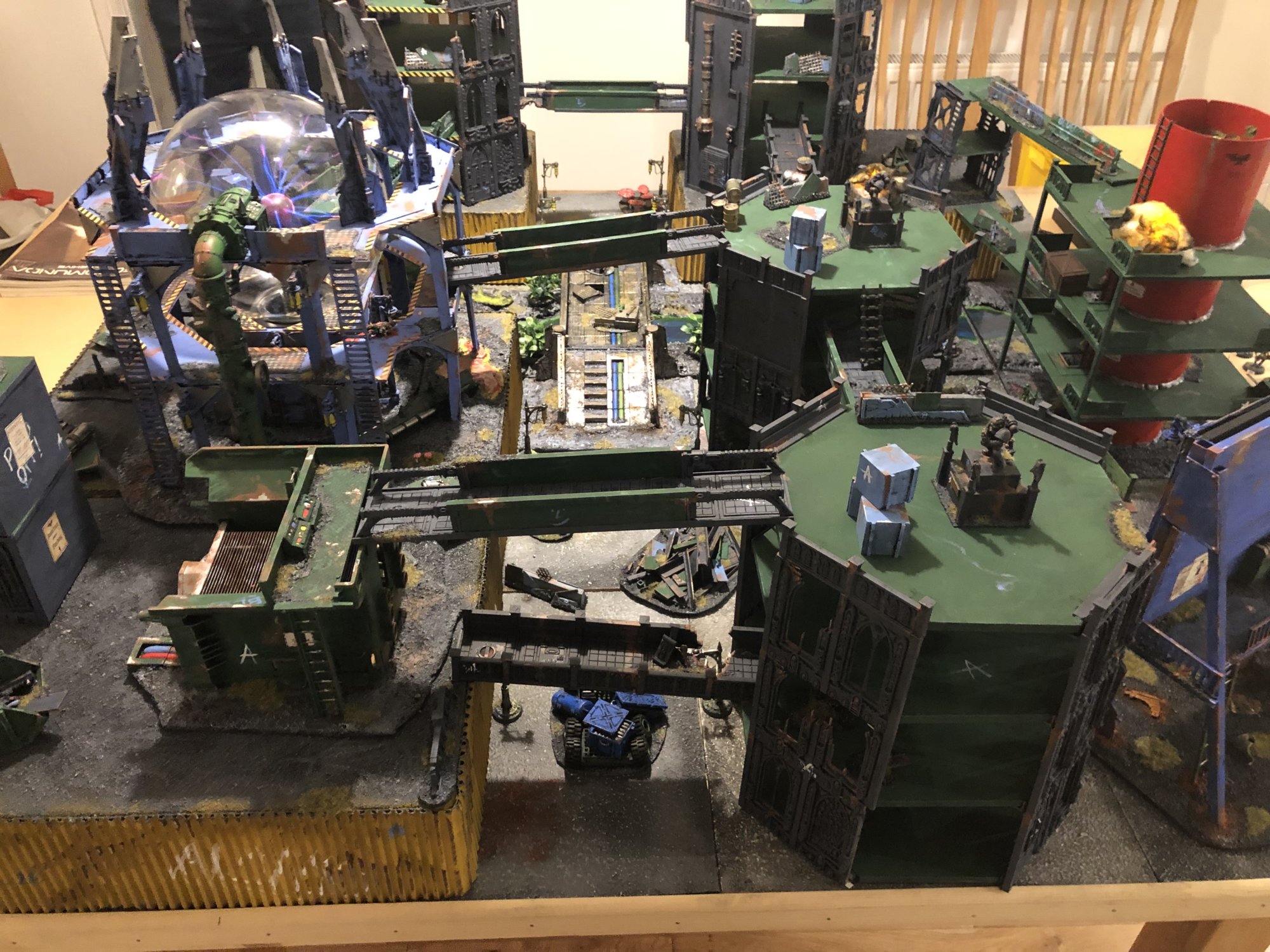 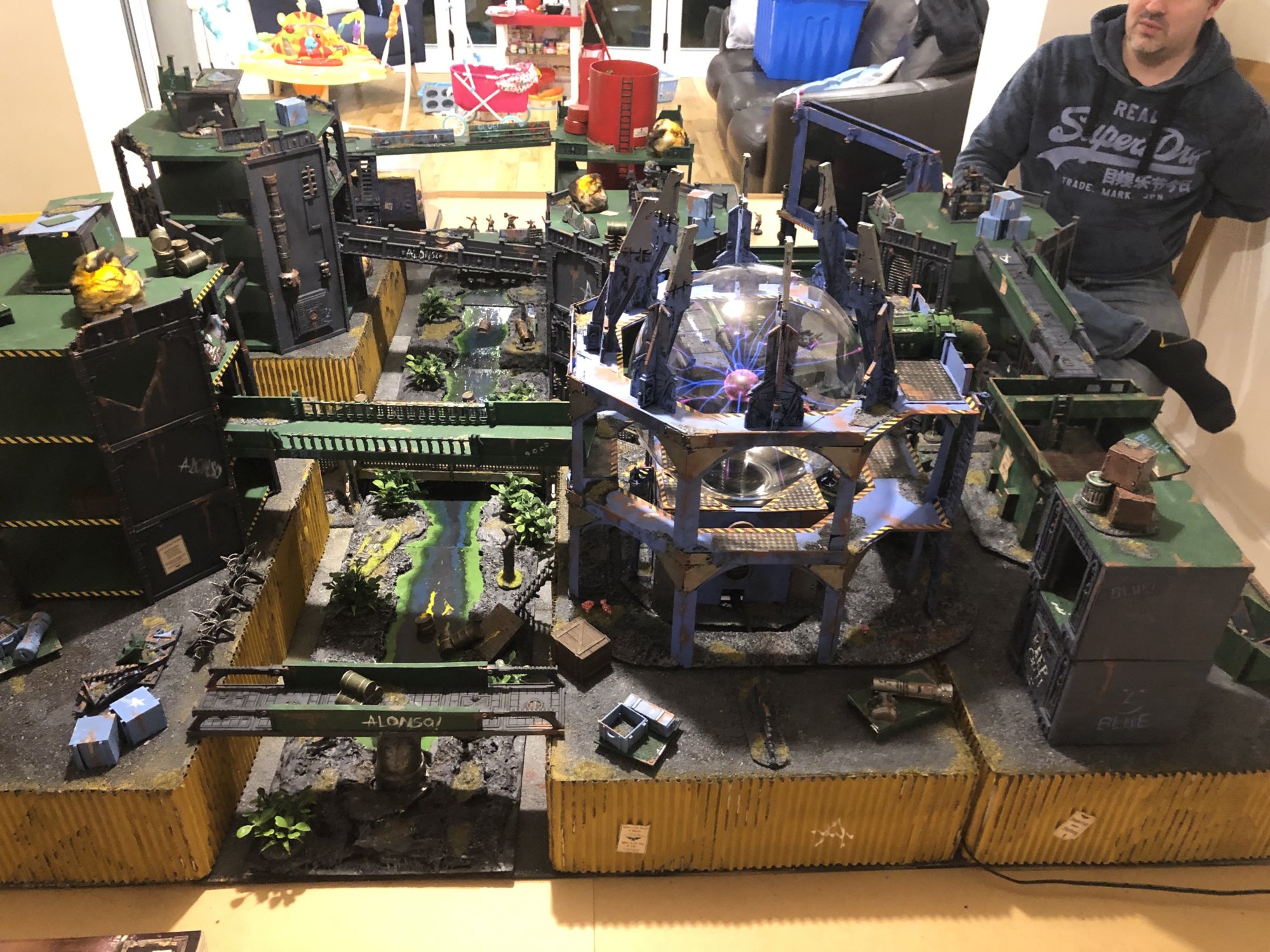 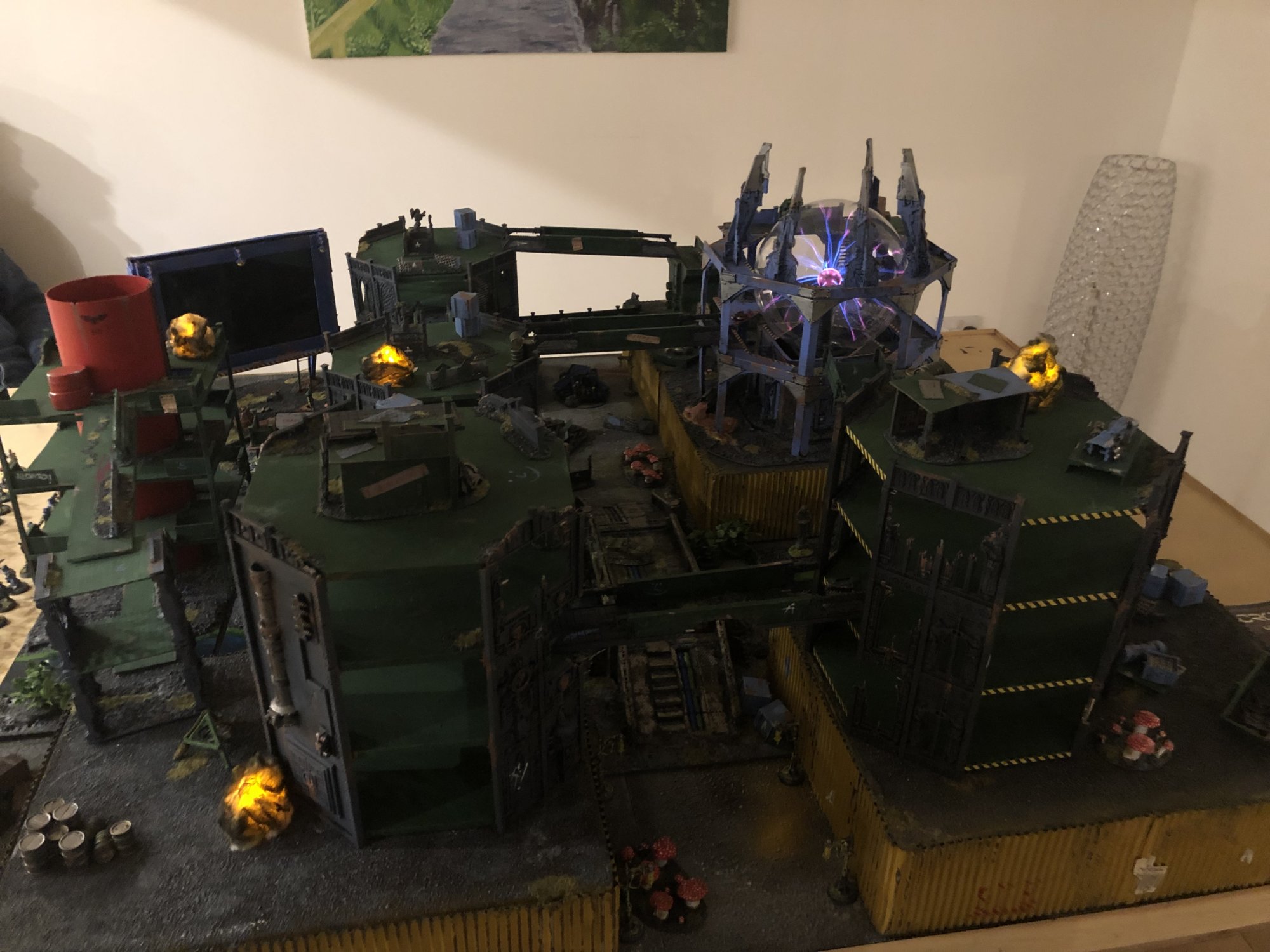 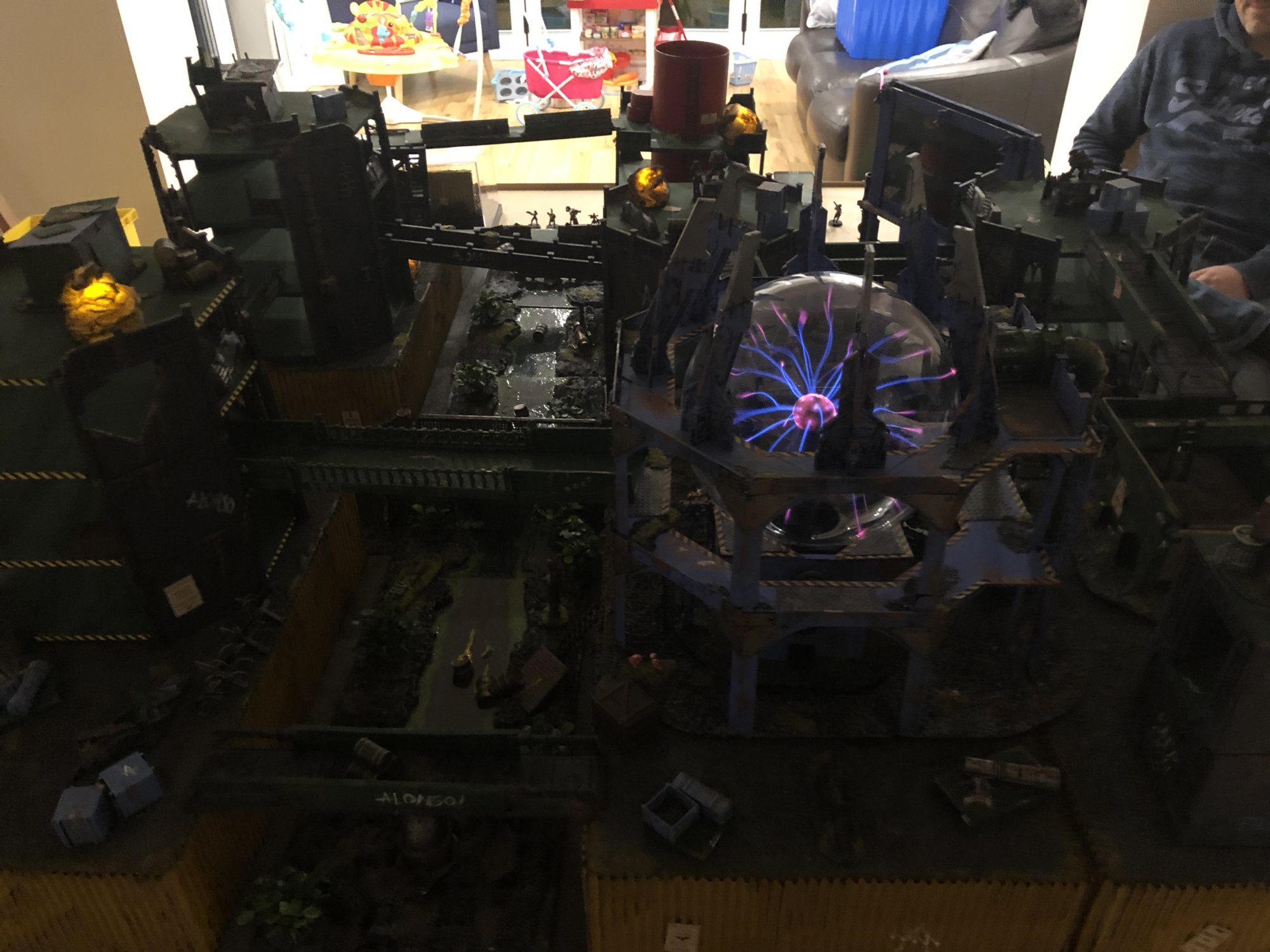 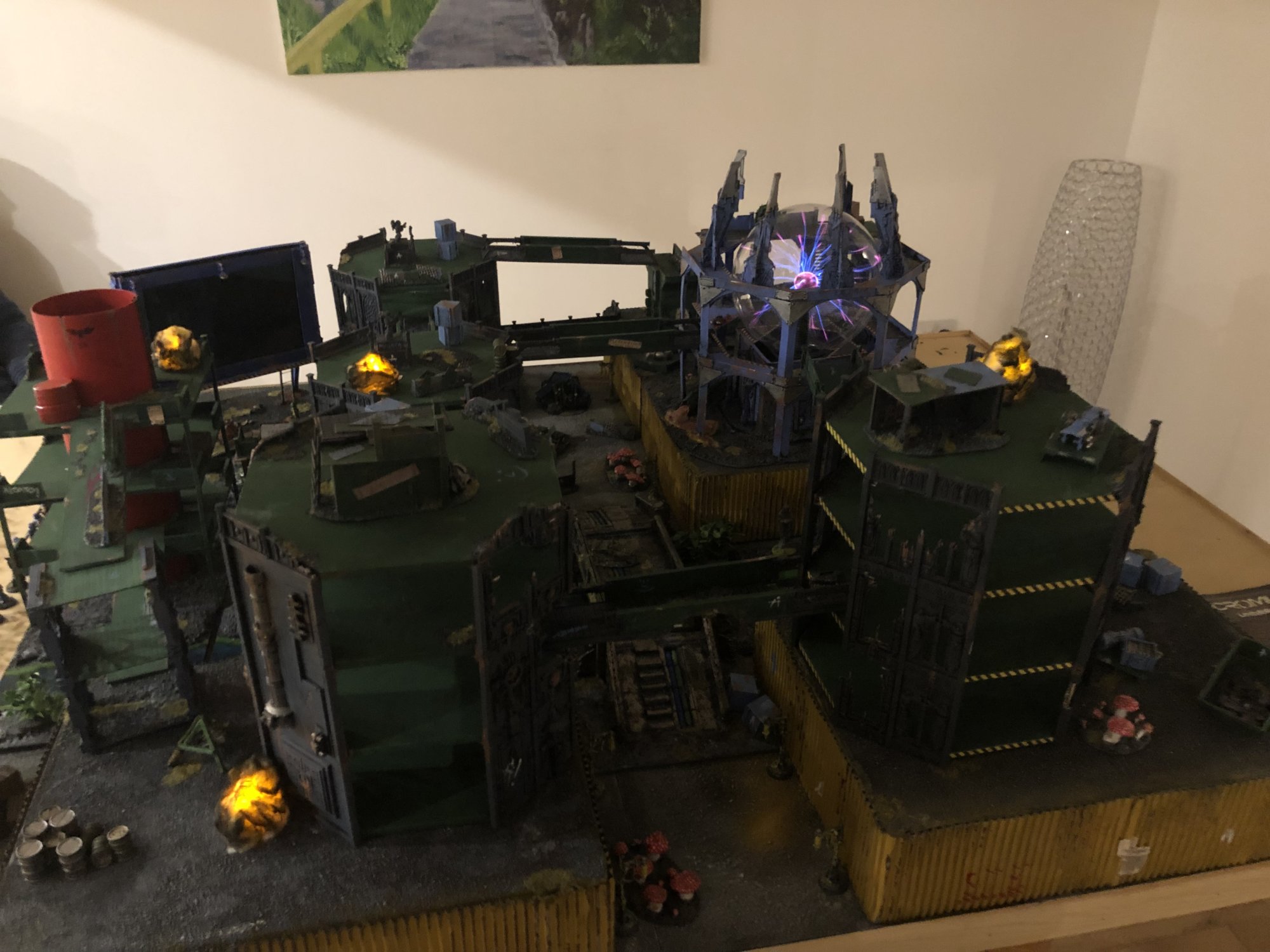 That Sir is some very fine terrain, I doff my cap to you (notice that's not a "hat").
Reactions: ClockworkOrange

That’s some nice looking terrain. So good to see the multi level towers of old. 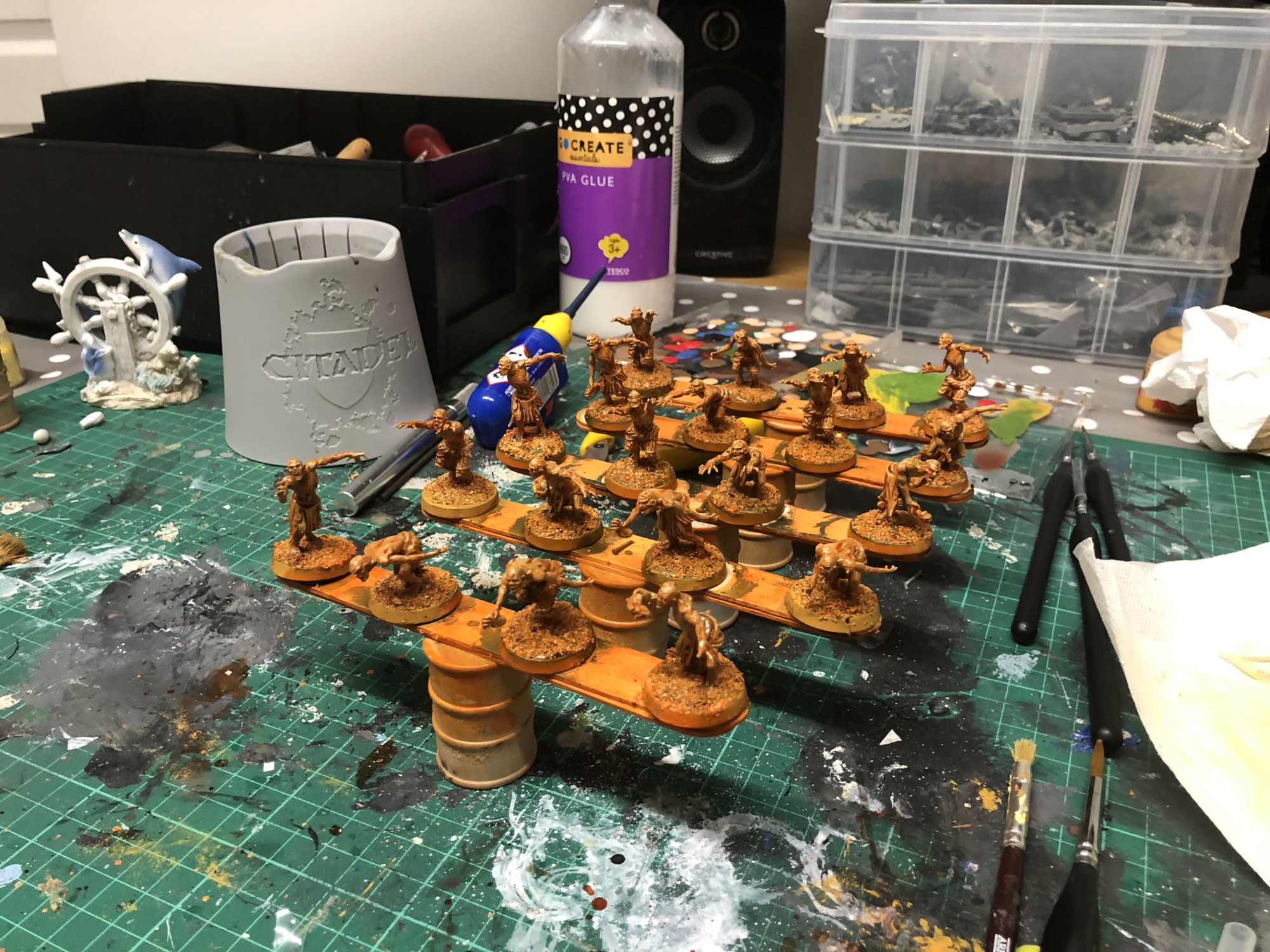 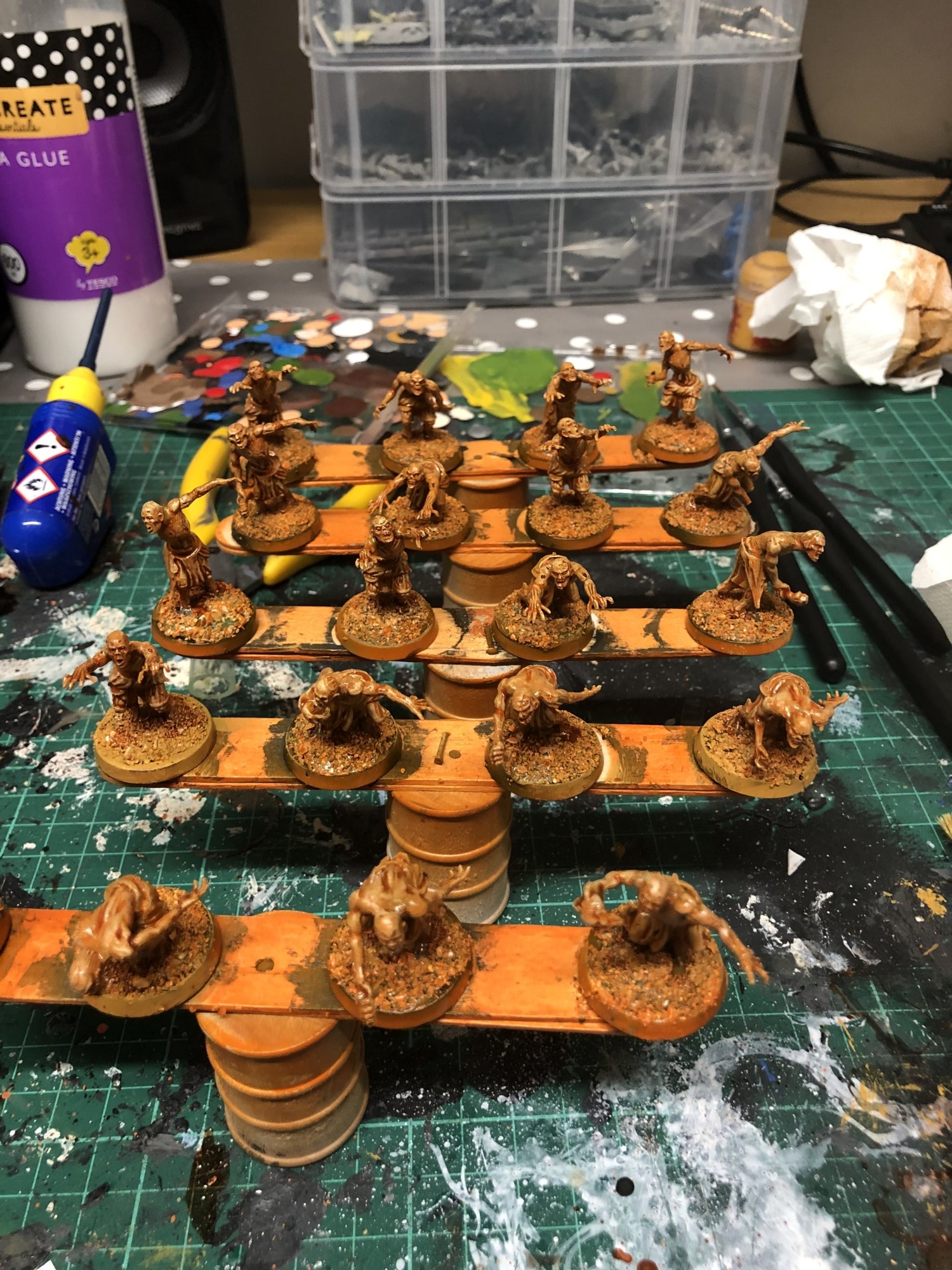 “Begin Record, this is Dr Francis Oswald of the Officio Sanitarium on the planet Necromunda investigating the drug known as Agent Orange.

The drug is actually a complex synthesis of a local red fungi cut with Imperial Mint. These ingredients are then baked in a STC drug tray, size A, into an orange drug. We believe the name “Agent Orange” is derived from this process.

The drug is a narcotic, users describe the high as being the equalivent of a sunset in your head. We have also found the drug to be highly addictive. In our test subjects one use was usually enough for addiction.

We have identified several stages to the addiction:

Stage 1 - Agent Orange User - No visible effects other than the usual ones associated with use of narcotic drugs - weight loss, anxiety, adiction etc. Only approximately 25% progress from this stage to further stages, those that do progress tend to develop an orange hue to thier skin, often mistakenly identified as radiation burns or tanning and thier hair turns yellow before falling out.

Stage 2 - Troll Zombie - Our lab tests have identified this as being 2 sub stages:
Stage 3 - Troll - In our lab tests were observed that once awakened a Troll Zombie will rapidly progress to Ork like levels of intelligence.***Redecated to anybody below level 80 clearance*** It has also been suggested by Dr Sinclair that the drug passes on knowledge in a similar fashion to Ork Spores. I have however dismissed this as Hersey. Dr Sinclair could not prove what abilities our test subjects had before the experiment, and anyway this is a lower hive drug not something designed by an Xenos!! ***Redaction Ends***

Stage 4 - Intelligent Troll - Reports from the field suggest that the Troll Zombie packs are being led by more intelligent Trolls! I have dismissed this as Heresy! It is just the poor excuses of PDF and Hive Enforcers commanders who have been overrun by this rabble!....”

“....in Conclusion I find that the drug should be assessed as a Amber threat level. All manufacturers, dealers and users should be purged with extreme prejudice”

Lol ... I was going to post something similar once I converted up a "doc" type henchman for one of my =][=.

I may have to borrow some ideas.

“In terms of Agent Orange and legalization, I think that should be a state issue, state-by-state. Orange is such a big thing. I think medical should. And then I really believe we should leave it up to the states. And of course you have The Spire. There’s a question as to how it’s all working out there, you know? That’s not going exactly trouble-free.”
- Timely and most excellent wisdom from President Dump
Reactions: spafe and CaptainDangerous

ClockworkOrange said:
Stage 1 - Agent Orange User - No visible effects other than the usual ones associated with use of narcotic drugs - weight loss, anxiety, adiction etc. Only approximately 25% progress from this stage to further stages, those that do progress tend to develop an orange hue to thier skin, often mistakenly identified as radiation burns or tanning and thier hair turns yellow before falling out.
Click to expand...

ClockworkOrange said:
@Sethmerlin666 hmmm this is an interesting finding by the Offico Sanitarium.
Click to expand...

It turns out that the Halibut is actually known as Sir Albert the Halibut, whose opinion is much sort after by the rest of the Mad Hatters for important tactical decisions. 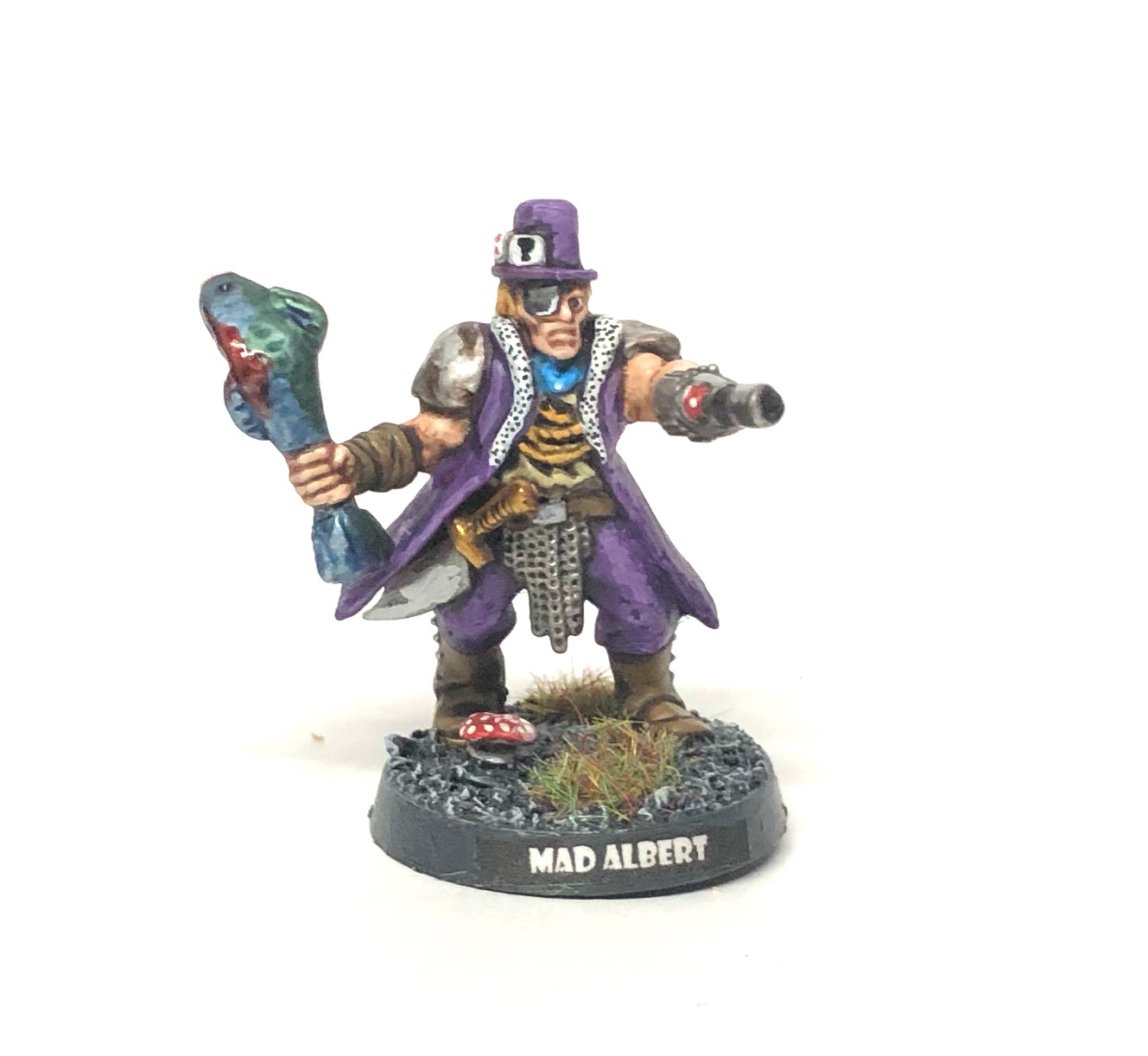 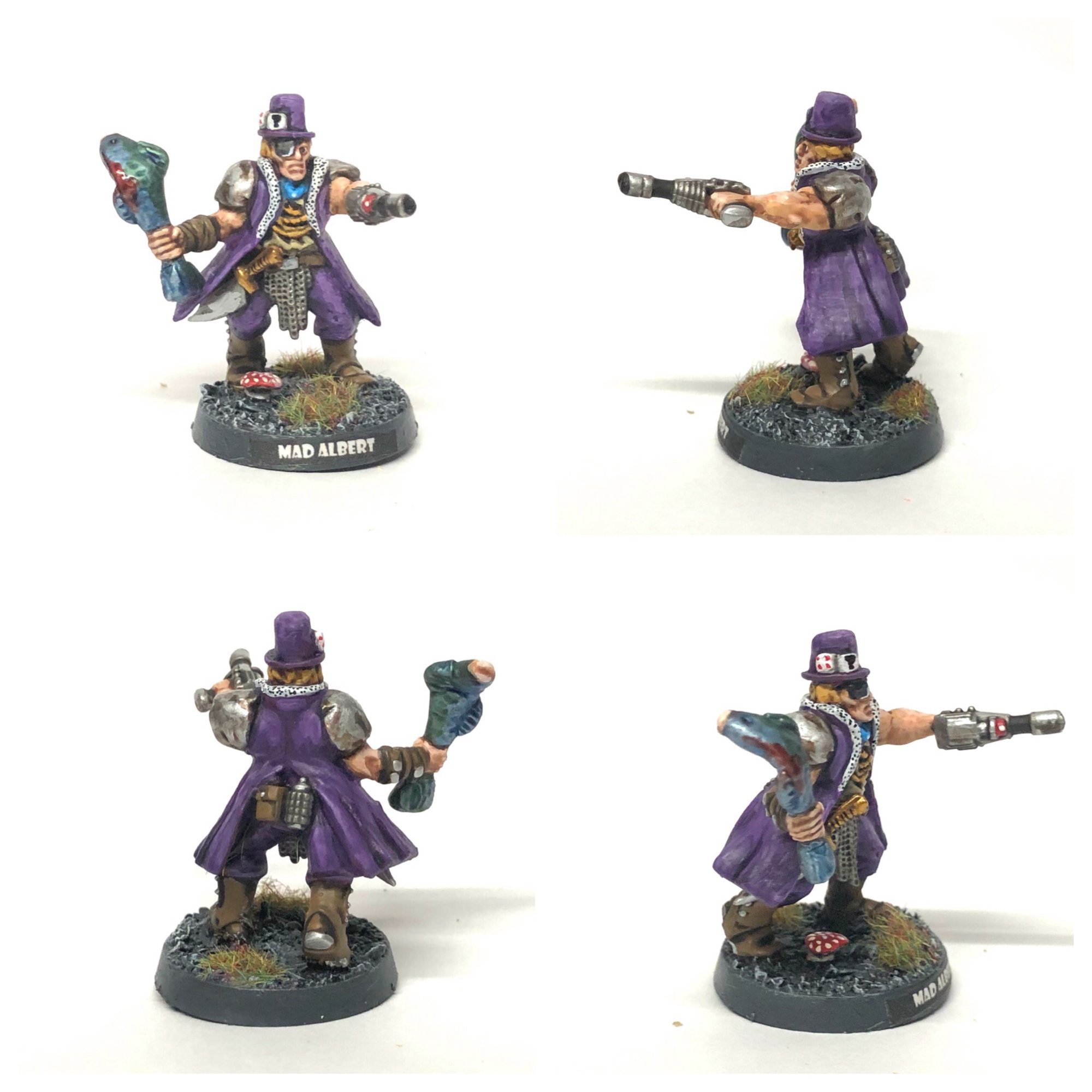 There’s a few more making of pictures in the gallery here https://yaktribe.games/community/media/albums/mad-hatters.2165/

This is actually a present for @spafe at Tribemeat he came up with the bonkers fluff and idea. I just wanted to build it so that other factions got fleshed out for the ongoing fluff wars!