Ok let me preface this with no I dont live in a cave, however I do live on a small remote island in the Caribbean so maybe one could understand.

How the hell am I just hearing about Amazon creating an LoTR series set in the second age! Anyone else following this?

I've been looking to scratch that fantasy itch.
For those that dont know the trilogy is set in the third age. This series should cover the kings of old and rise and fall of Numenor and the forging of the one ring.

Cant wait for this. Really had me about to impulse buy Battle of Plennor Fields. I'd love to try middle earth Batlle companies. If that sucks could ways use it as a base for Kings of War or Lords or Erehwon or Rangers of Shadows Deep.

Hypothetically we could have this, mega city one and the eisenhorn show around the same time.
Reactions: CaptainDangerous

Amazon bought the television rights for The Lord of the Rings for US$250 million in November 2017, making a five season production commitment worth at least US$1 billion. This would make it the most expensive television series ever made. Payne and McKay were hired to develop the series in July 2018, with the rest of the creative team confirmed a year later. Casting took place around the world, with Robert Aramayo leading a large ensemble cast. Filming began in February 2020 in Auckland, New Zealand, after negotiations between Amazon and the New Zealand government ensured the series could be produced in the country where the film trilogy was made. Production was placed on hold in March due to the COVID-19 pandemic, but resumed in September.

The first eight-episode season is expected to premiere on Prime Video in 2021. A second season was formally ordered in November 2019.

I've heard about the LotR series for a few months, but I've not read anything substantial/concrete about it.

I honestly hope that it is good, but I feel like LotR has been done a fair bit, and I'd like to hope that sometime soon we get some TV or film from other series like the Wheel of Time novels, which (to my knowledge) hasn't been adapted for stage or screen, and is finished, reasonably long, quite frankly a delight to read, and also fully capable of being spun off into other (non-canonical) stories.

I'm keen on the mega city one, but heard nothing about it until now, will go and do a research.

I also feel for the Shanarra Chronicles; it seems a pattern of "do a fantasy/sci-fi TV adaptation, screw it up and leave it unfinished" is worryingly becoming a TV business model nowadays.
Reactions: Stoof

I like that they are doing Tolkien's other books. There are a ton of great short stories and portions of stories that can be developed further. I know after Jackson dragged the Hobbit thru 3 films that people have had enough but I'm really hoping this series will breath new life into it.
Reactions: Ardavion

Hmmm does GW have the licence to make new models for this? It apparently saved them in the early 2000’s but if this is popular they’d make a fortune.

ClockworkOrange said:
Hmmm does GW have the licence to make new models for this? It apparently saved them in the early 2000’s but if this is popular they’d make a fortune.
Click to expand...

I guess so as they are still producing the range. Surely the license is with Tolkien estate rather than movie franchise specifically? That said I've heard that these things can get complicated.

I'm not going to hold my breath on this. Sounds like executives trying to catch lightning in a bottle. Just like after Marvel MCU success everyone wanted their own connected universe and we had the DCU train wreck, star wars sequel train wreck etc.. this is just ooh 'Games of Thrones' etc.. is big let's own our one of the those... (It could be argued The hobbit movies sufferered the same way). It means movie/amazon execs pushing to producing/requesting something for bottom line rather than creatives chasing their own vision, and making something new.

Of course happy to be proved wrong.....
Reactions: CaptainDangerous

Hopefully they dont try to emulate Game of Thrones. We enjoyed GoT to a point. One the writers got ahead of the author it went off the rails a bit.

Happy to dio back into a Fantasy setting and cant get much better than Tolkien. I started rereading the Black Company from G Cook but may pick up the Hobbit again. Cant count how many times I've read it.
Reactions: Punktaku 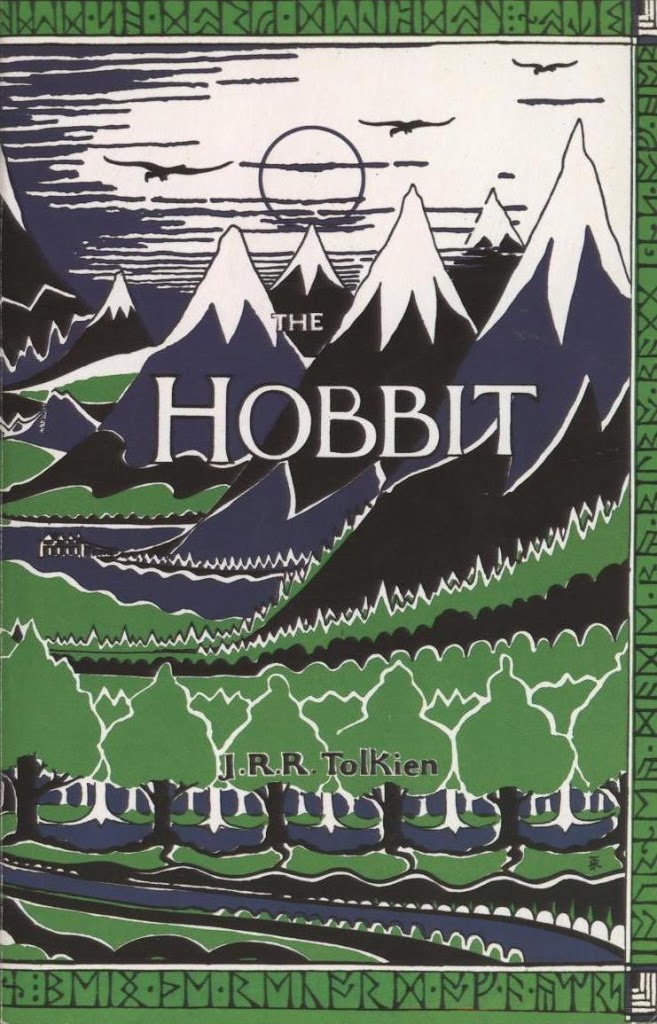 Warner Brothers announced the extension of GW’s license for both Lord of the Rings and The Hobbit. Here’s the boilerplate: BURBANK, Calif., Wednesday, February 9, 2011 – Warner Bros. Consumer Products (WBCP) announced today that it has extended its six-year licensing agreement with Games...

Although I wonder if this just covers the films and this would be similar to having a licence to the original Star Wars trilogy but not the Clone War prequels.

“Amazon Studios will produce the series in co-operation with the Tolkien Estate and Trust, book publishers HarperCollins, and New Line Cinema (a division of Warner Bros., which made the original Oscar-winning movies with Peter Jackson)”

So there’s a WB link which may mean GW have the license to make stuff from this show. Although I’ve seen notes that this may be targeted at an older audience than GW would like, they have an intimacy coordinator whatever that is..fluffer?

I had heard of it but am only cautiously interested - If it's great then great, but I don't have particularly high hopes for it. It would be nice for a different IP to get the tratment for a change, such as Wheel of Time. Speaking of which, a Wheel of Time series is theoretically on its way @Ardavion - "On April 20, 2017, it was announced that Sony Pictures will adapt the series for television, and on October 2, 2018, Amazon ordered the series with Sony as a co-producer."

Whether Amazon would want to be running a LOTR and a WOT series at the same time however remains to be seen.
Reactions: Space Truckin, ClockworkOrange and Ardavion

Really looking forward to this, only reason i’ve kept my amazon account really. Could easily precipitate some middle earth games of warlords of erehwon for me.
Reactions: Space Truckin

Hmm. And I still have my copy of MERP too.
Reactions: Ben_S

Luke82 said:
Really looking forward to this, only reason i’ve kept my amazon account really. Could easily precipitate some middle earth games of warlords of erehwon for me.
Click to expand...

The Troll house orders far to much from the evil empire to cancel prime but I do struggle to find much I want to watch - Disney and Netflix are far better.

ClockworkOrange said:
The Troll house orders far to much from the evil empire to cancel prime but I do struggle to find much I want to watch - Disney and Netflix are far better.
Click to expand...

Ditto here. Amazon pales in comparison to Netflix and DIsney+. They didn't help themselves by making their best stuff an additional fee on top of Prime. Disney wasn't great either until they added Star. Too much choice these days for someone who grew up with 3 TV channels and no VCR!
Reactions: Mr. M, MusingWarboss, ClockworkOrange and 1 other person

I’m kinda hoping they do flashbacks to the First Age. I’d be really interested in seeing how they would do Morgoth, Ungoliant, and the desecration of the Trees of Valinor.

Agreed on old Tom.
What about the Barrow Downs? One of my favorite sections of Fellowship of the ring!

Seriously considering getting into Middle Earth SBG. At least the fluff cant jump any sharks on me.
Reactions: Mr. M and Punktaku

That was so much cooler than just being given the weapons like in the movie. Also gives a bit more history to the Shire. Alas.
Reactions: Mr. M and Space Truckin

Grabbed the Hobbit on Audible and now really remembering all the changes from the films. I understand the trilogy had too much but stretching the hobbit to 3 films and still leaving out details really sucks. Probably why those movies didnt do as well.

I can listen to all of the Hobbit audii but cant stay awake through the first Hobbit Film says enough. Well at least it says I'm an old man and need my naps!
Reactions: MedMos, Punktaku, ClockworkOrange and 1 other person

its not lotr but the wheel of time series should happen, and reasonably soon! (optimistic i know!) i read somewhere online that the first season has finished filming already.
Reactions: Space Truckin

I'm curious on WoT. What network?
Interested in dipping back into grognard fantasy. Just dont like the high fantasy settings like AoS. I like my elves to act like elves dammit! when I was younger if an elf wasnt baking cookies in a tree or making shoes or in Santa's work shop then it was living free in the forest waiting for the great ships to sail.
Show hidden low quality content
You must log in or register to reply here.

Necromunda On the Direction of Necromunda

Musings Of The Yak May 27, 2020
HorribleHedgehog

Miniatures & Terrain Thursday at 7:43 AM
cainex1

What kind of yak campaign would you like to see?