I'm getting stressed about not getting enough work done... Must work harder the next couple of evenings! And take pictures to share! And stop using so many exclamation marks! And also must update on the yakcomp #36 progress! Aaaargh!
Reactions: spafe

Congrats to @Coenus Scaldingus for taking the round 2 win! So close, but I won't complain as I voted for you. Well done, all. Now, crunch time for round 3, see you all in 2 weeks (hopefully).

Good stuff @Coenus Scaldingus especially because it means I don’t have to now defend my title from @spafe !! 3 round wins are required to take the MRMC title! Muhahaha

Cap Edit: A rule he himself created!

Prizes etc will be awarded after round 3.

Remember anyone can still win a prize for round 3! 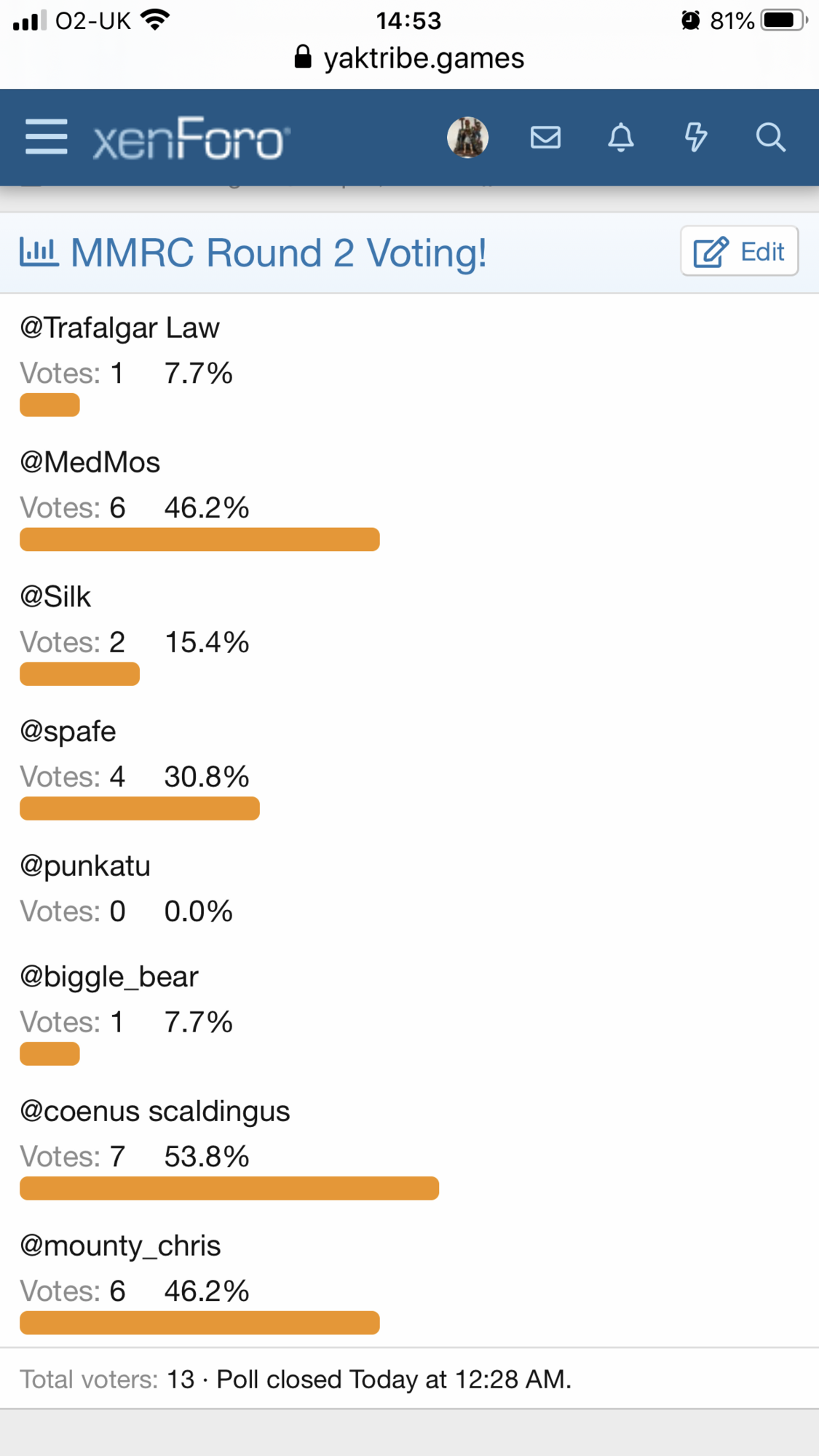 Hmmmm @CaptainDangerous The Troll laughs at your usual poor attempts at Trolling!! and baseless green allegations!?

It was in fact the great @Mad Robot himself who created the rule of three.....I of course just modestly won all three rounds last time out. Muhahahahaha

Funny that, because the way I remember it, Mad Robot asked you what you thought of the idea!
ill post your response below and let the yak public decide for themselves!

Hmmm it would seem all that neat baby oil has corrupted @CaptainDangerous ‘s mind with hatred of the Orange side!!!!

Whilst my reply is perhaps unfortunate, it in no way invalidates my correction of your baseless allegations and in fact your response confirms the Troll version of events to be true!

Yet more FAKE NEWS from the Clone News Network 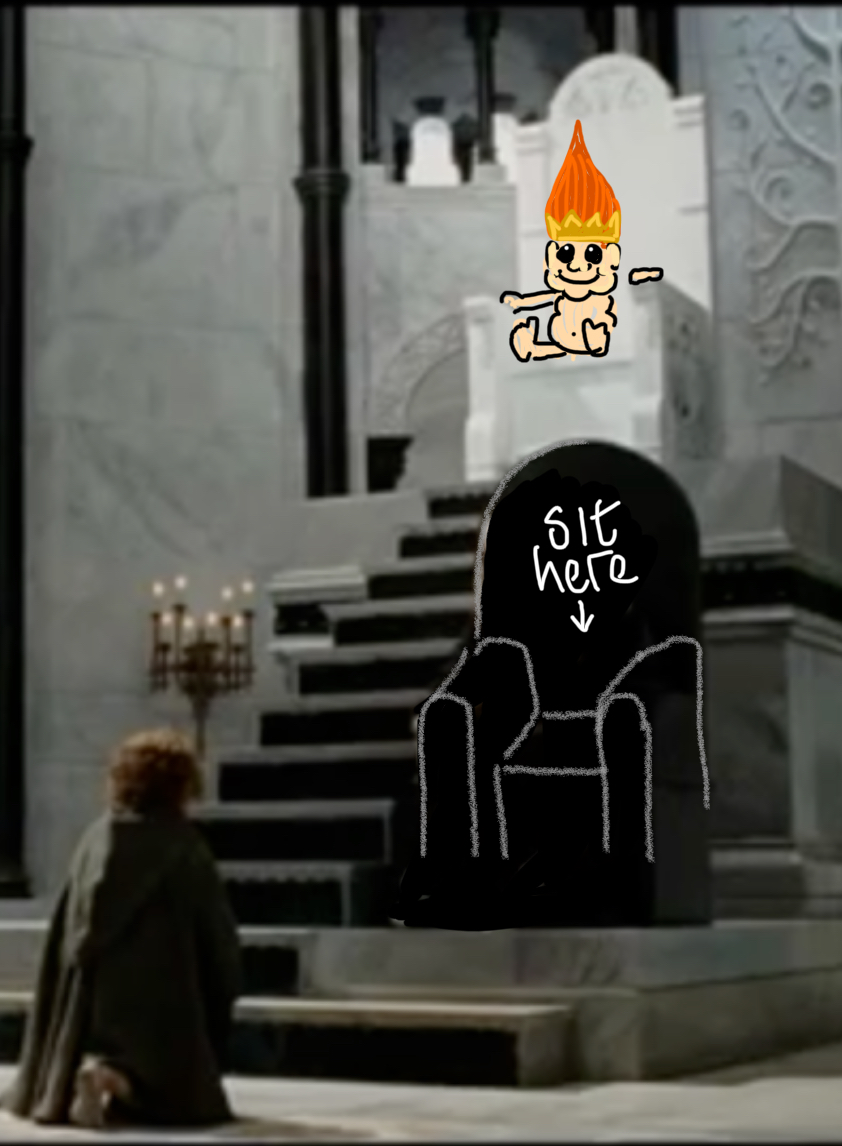 Congrats to @Coenus Scaldingus for the victory! Third and final round is underway. Good luck to all!
Reactions: Coenus Scaldingus, Mounty_Chris, MedMos and 1 other person

Bit late, but thanks for the votes and congrats!

Expected my round 2 entry to be the least interesting of the lot, but won't complain. Now, on to round 3! Looking forward to seeing the entries and stories behind them.
Reactions: Mounty_Chris and Mad Robot
M

Inquisitor Challenger towards the end of her career. Outcast from the ordos, out of coventional allies, yet still dedicated to her mission. The jungles of Zeralis X hold a secret she is intent to find, at any cost.

She no longer has the resources to maintain her power armour and psycannon. Her bionic arm has failed, and been replaced with a more simple power bladed stump.
At this stage in her career the Inquisitor is in full control of her psychic powers. The skull of her mentor still escorts her, now being given free mobility with antigrav motors.
Her retinue is reflective of her outcast status.


Using lore gleaned from autoseance with the skull of her burnt mentor, the Inquisitor learned how to create daemonhosts.
This specimen is identified as The Hanged Man. A particularly tormented creature, it's psychic powers are formidable and hard to control.

Bereft of conventional transport, the Inquisitor has called in a long standing favour with an Aeldari pirate to allow her to reach Zeralis via the webway. Curious as to the Inquisitors goal, the Prince has agreed to escort her to the surface.

The jungles of Zeralis X hold many secrets but are ever shifting and full of danger.
To find what she seeks, Inquisitor Challenger has resourced a feral guide. A heretic by any imperial standard, and equipped with aracheotech of unknown origin, The Guide is able to find the right path.

Her final companion is the most mysterious.
This assassin has been sent into the jungles of Zeralis X in pursuit of the rogue Inquisitor.
No-one knows what passed between the assassin and his quarry when they finally met, but he is now dedicated to her protection. 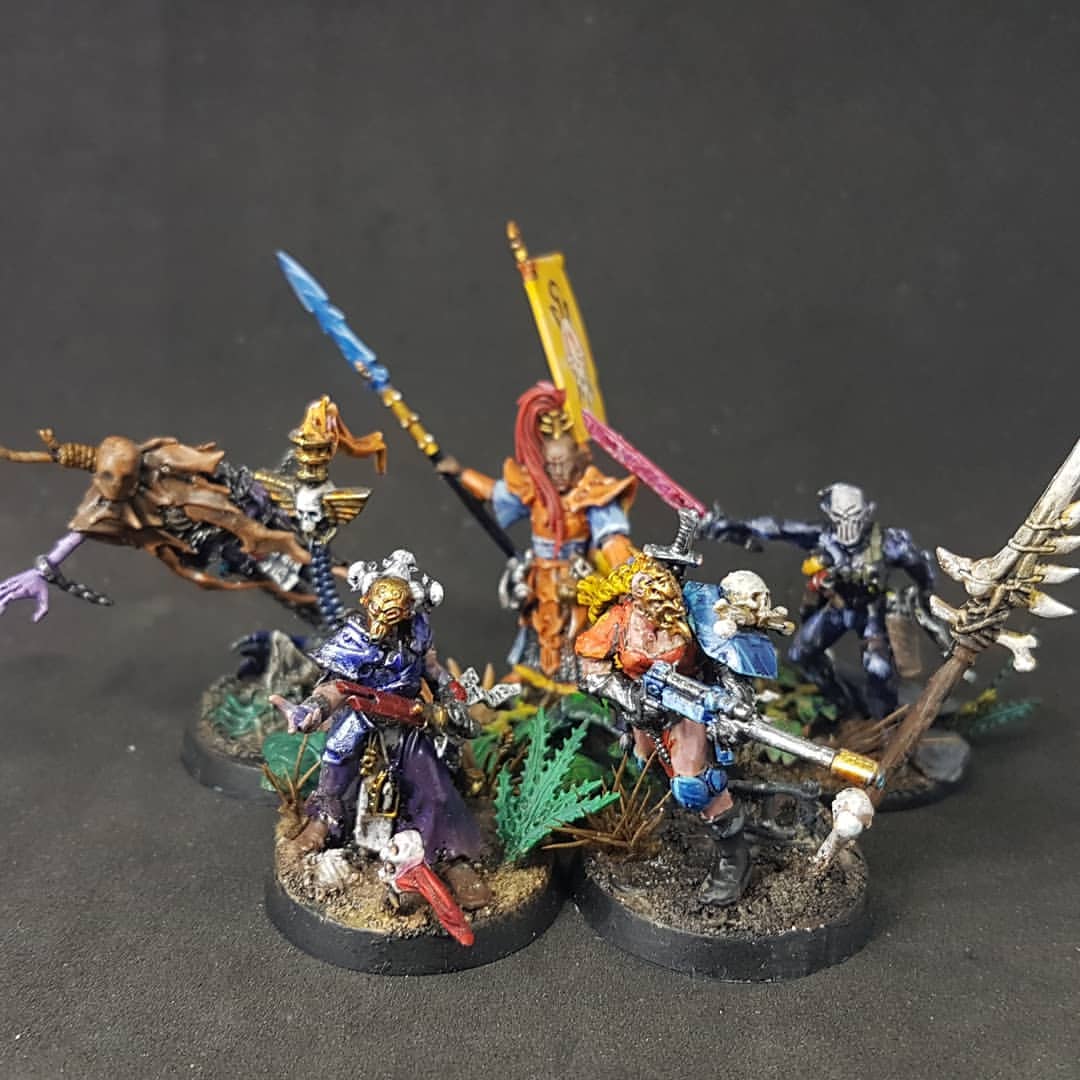 This has been fun Thanks for hosting the challenge
You can see more pictures and wips using #Inquisitorchallenger on instagram.
Reactions: Mad Robot and ClockworkOrange

Just about 7 days to go Yaks - hopefully all is going well!
Reactions: MedMos

Seven days for what? Where am I?!?

Seven days for the most awesome, resplendant, glorious, worn out Mad Robot Mega Challenge entry! Time to get the glue cured, primer shaken and paints thinned. Go go, @Punktaku, you can do it!

Shit, I had forgotten about this

One day left everyone! Plenty of time to get some paint on a mini! Hopefully! Because I've yet to apply the primer...!
Reactions: ClockworkOrange and MedMos

I hope @ClockworkOrange will grace us with a little hint before he closes this round, 'cause my entry could use all the time I've got. And then some.

What round is this?!? When am I? Who are all you people?!? WHY ARE YOU ON MY LAWN!!!
Reactions: ClockworkOrange

Lies. All lies. The demon's words, those vile whispers. She should not even have listened
They took her tongue so she would not repeat them. She took her own eyes. She need not see their faces. All shall burn.
May the God-Emperor show all their souls mercy, for she had none left to give.​ 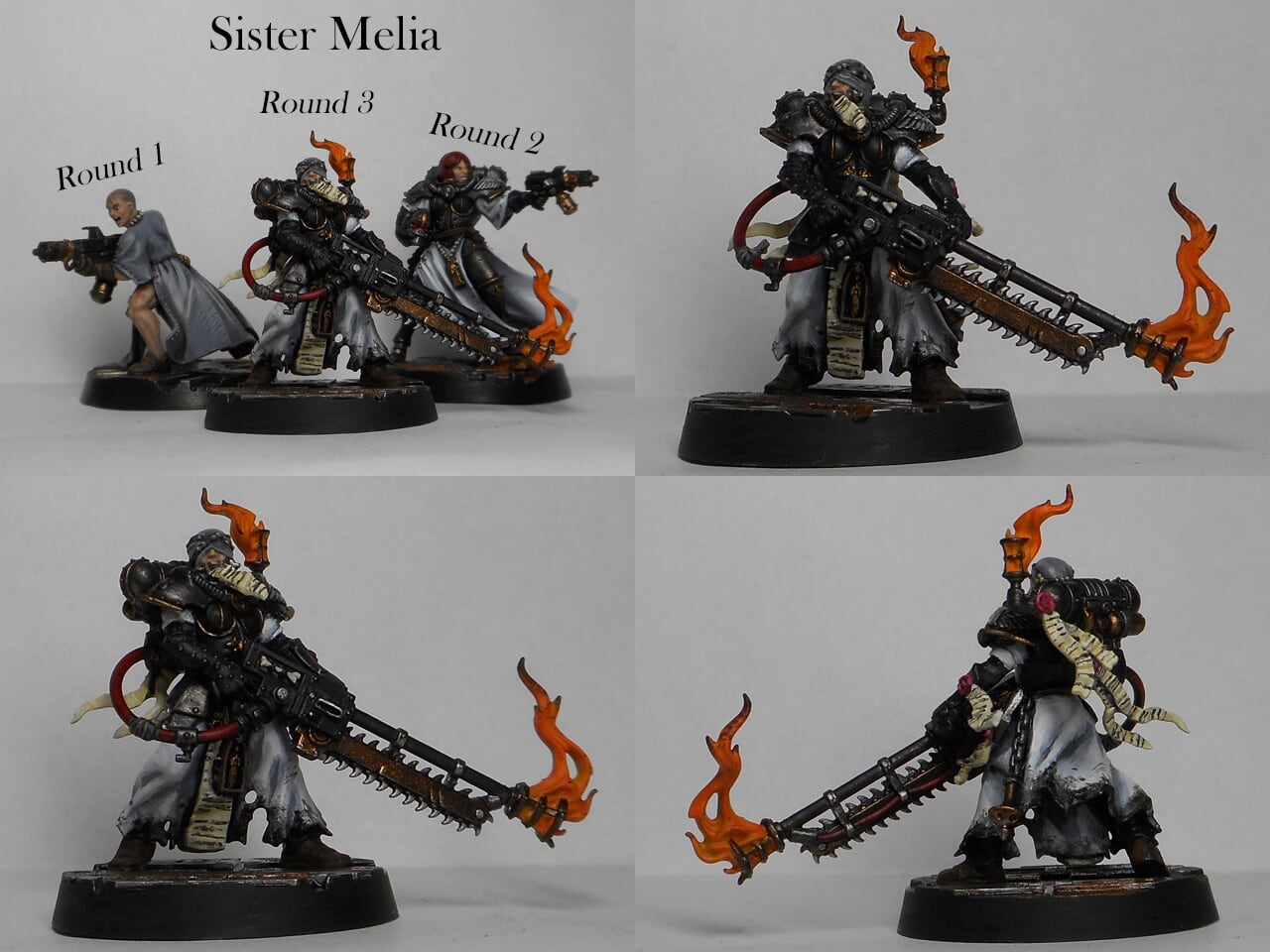 Reactions: Mounty_Chris, Pierric, Mad Robot and 4 others
Show hidden low quality content
You must log in or register to reply here.