The rise of House Nixx and the Cult of the Four Armed Emperor.

Heya all, back from the Badlands and I'm ready to chew bubblegum. To be honest it's the upcoming Genestealer cult models that brought me back here, I just really really need to work on these rules for a Genestealer "House". So, for those who've missed the earlier post I made about it, I am introducing House Nixx.

In short: I would like to use this thread to discuss various ideas I'm having for the new House and your opinions on that. I realise there's probably going to be a ton of new Genestealer Cult Rules (GCR) emerging over the coming days, if they're not already here. Regardless, I never seem to find a set of rules that click with me, so once more unto the breach and we create our own. I want to use this thread for rules discussion, not background inconsistensies etc. Please use the other thread that I linked to in the first paragraph.

My ideas on rules thus far.

3rd and 4th Generations only. No Purestrains, no Abberants. No overly freakish creatures of any kind as that would break the veil. I am however not ruling out any third arms and/ or Rending Claws or the option of the Patriarch showing up if the group's in mortal danger. I want to make the 4th Gens like regular Gangers. Access to Combat, Shooting and Stealth skills. After all, I imagine they've been secretly preparing for the big fight for years so Combat and Shooting make sense, and Stealth because it feels like a no brainer, if nothing else. Also, this combination has not yet been used by any of the other Houses, so it feels good on that point as well.

Attached is a PDF with the different skills laid out for all gang members.

Clarification on the pdf:
Leader/ Wyrd is one slot. Either you buy a 3rd Gen Leader (with optional extra arm/ claw) or a 4th Gen Wyrd with Telekinesis or the upcoming powers from the new Genestealer Codex, I'll decide once I've seen them.

Hybrids are going to be limited, somewhere around the 0-4 mark. They are also the only ones eligible to carry the heavy weapons and have an inate savvy of technical parts (probably since they work so much with them). Heavy weapons themselves (including Rock Saws etc) will still be 0-2 per gang. Everything available in the new Cult boxes will be an option at gang creation (so all models can be made WYSIWYG). So yes. Webbers.

More on the new equipment will be added once I've obtained my Codex. 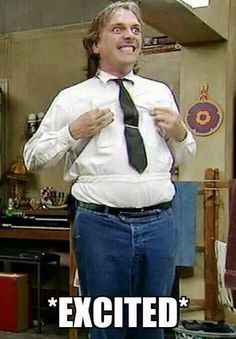 How is this for Rending Claws?

Rending Claws
Range: Close Combat
Strength: As user +1
Damage: 1
Save Mod: -3
Special Rule: Cannot carry a melee weapon or a pistol in this hand. Shooting weapons that require two hands to use can be used as normal.
Reactions: TakUnderhand
B

I think Scavvy claws get S+2 in OCE, so Genestealer rending claws ought to be at least that I would have thought.
Reactions: TakUnderhand

Hmmm, yeah I don't see the need to "carbon copy" other gangs. The Rending Claws are always described as being able to go through Terminator Armor like a hot knife through butter, that's why I think it would be nice to focus on the Armor save modifier instead. It will not be a big difference (other than having a +1S weapon that can't be stolen/ disarmed etc) until later games, where people start buying armor.

Mind you I'm not writing things for the sake of this being the new Uber gang, I want to write it to make to make it fit in Necromunda and the GSC lore. That does not mean I don't appreciate your feedback though @Ben_S
Reactions: Jaeger69 and TakUnderhand

one mechanic I really liked in the purestrain development on Imunda thread is the cannot be parried. It kinda fits to me with the aggressive nature and gives them a combat edge while stopping them using it defensivly... so maybe +1 str, cannot be parried, -2 armour... only risk is that it treads on flails toes a little... but if it was 20/25 creds.... I dunno, just brainstorming.

also, great to see you back mate!
Reactions: Tulkas and TakUnderhand
Show hidden low quality content
You must log in or register to reply here.
Share:
Link
Top Bottom