if she’s gonna be a body-builder type Escher, you really won’t need to do much for boobies.

or you can go all Dragonaut: The Resonence and make them ridiculously huge

I'll try to keep away from gag boobs territory. She is supposed to be based on Saddle Rager after all (think "female Hulk" except with none of the sexy dimorphism of She-Hulk) so yeah, body-builder type.
She won't exactly be a pettanko, but I'm thinking ogre!Fiona level of boobage: 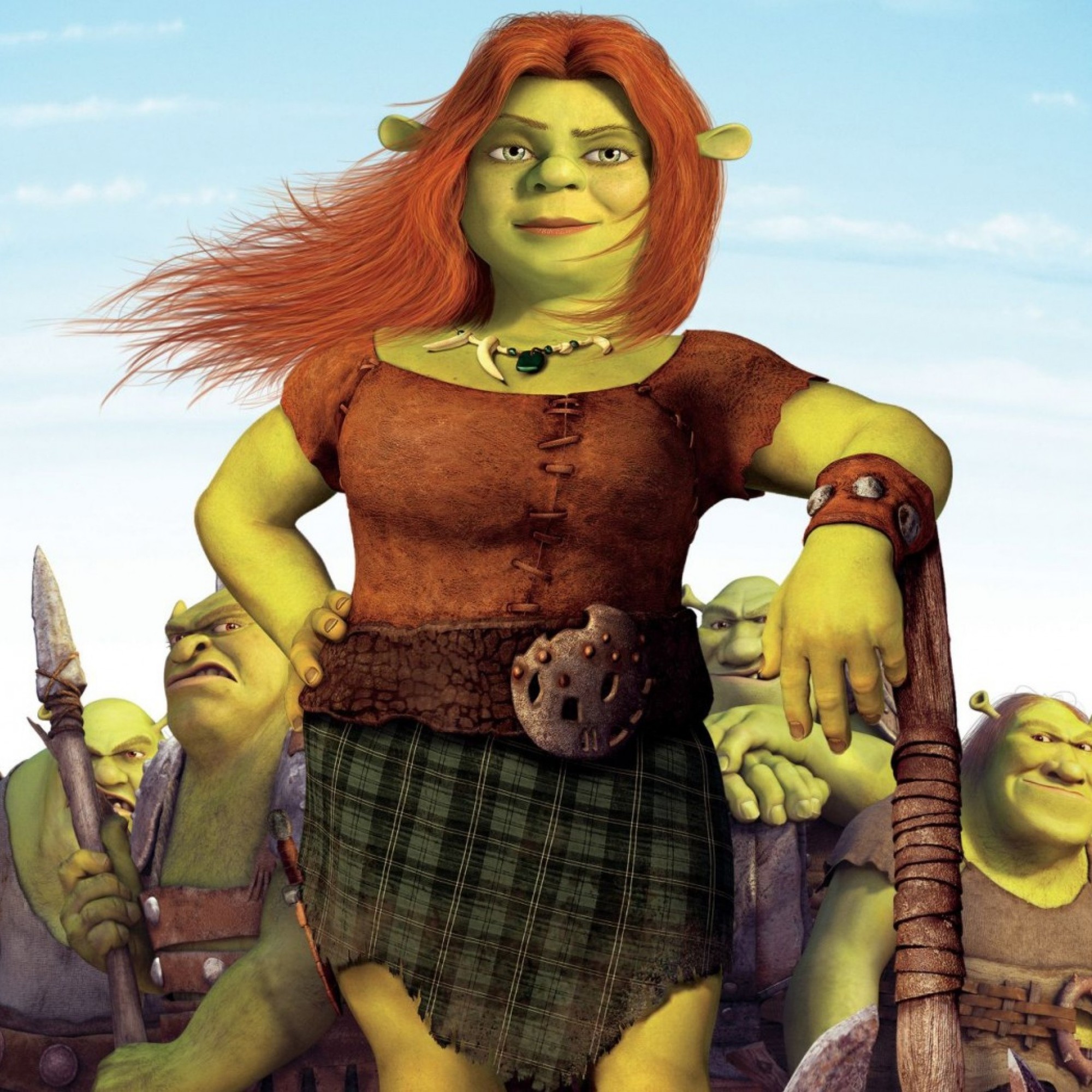 @Stoof knows things about Escher Orgyns. Or is it Ohgalores or whatever they expect us to call them now...
Reactions: spafe

I believe the females are traditionally called "Ohgodhelpme"s. My gender reassignment Ogryn was more on the cartoony end to suit both the base model old style Ogryn and my brightly coloured Escher gang. I don't think the boobs were much out of proportion for her build.

Link in my signature (mostly been photobucketed but the final pics are there).
Reactions: ThreeDice and Thorgor

Yes, I remember seeing Moira when I was lurking around. I'm so stealing that hairstyle!

I spent hours last night googling for sci-fi/post-apo swords for inspiration and it finally struck me this morning. The Damascus Blade, of course! Strong female character, cyberpunk setting and one of my favorite manga of all time... how come Gally's most iconic weapon didn't immediately come to mind !? 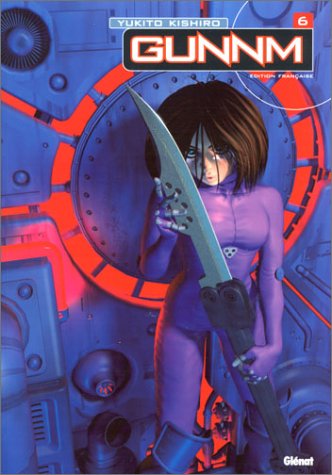 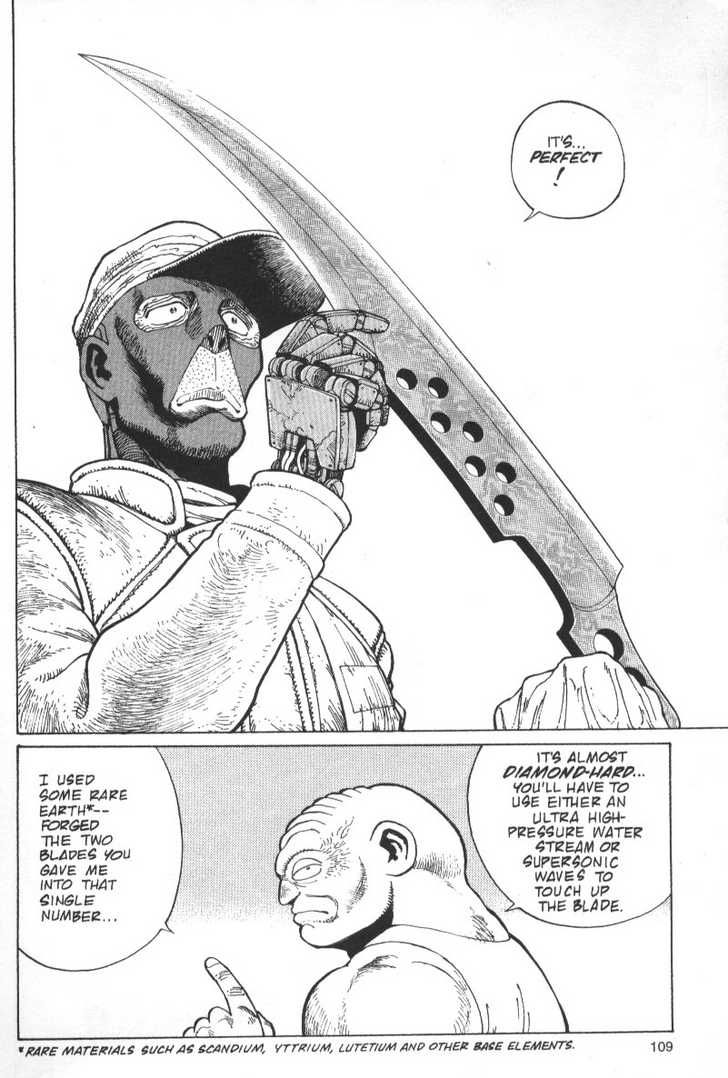 (Oh yeah, the manga is named Gunnm and the protagonist is Gally. I don't care how you guys name them! )
Last edited: Jun 15, 2018
Reactions: ThreeDice and Stoof

This should be great, looking forward to seeing how you handle it. Also, never heard of the manga, so will be sniffing it out. Thanks!

I really hope I'll be able to handle it!
The manga is better known as Battle Angel Alita in the english-speaking world and is currently in the process of being butchered by Hollywood turned into a movie by Cameron and Rodriguez (trailer here, it's honestly still a bit too soon to judge how good it will be, but it looks relatively faithful, if a bit too bright and clean.)
Reactions: ThreeDice
B

I found the conversions I was referring to earlier:

I'd forgotten about the use of dwarf shields for the armoured bra.
Reactions: ThreeDice and Thorgor

Thanks @Ben_S, this blog looks like a gold mine!
I thought about using Goliath shoulder pad as armoured bra if the sculpting doesn't go as planned (and if I've enough left over after building the Goliath gang.)
Reactions: ThreeDice and Ben_S

i am so totally excited for that movie, @Thorgor. I saw the trailer in theater and my kids learned some new cuss words. i heard it was on the back burner until Cameron finished his next 4 Avatar movies.

It's supposed to be released next Christmas. Hope it will act as a real present for the fans! I'd really like it to be good enough to get a sequel: the Motorball and Tuned arcs are where most of the fun is!

Meanwhile, Thorgor is oh so slowly working on an Escher ogryn: 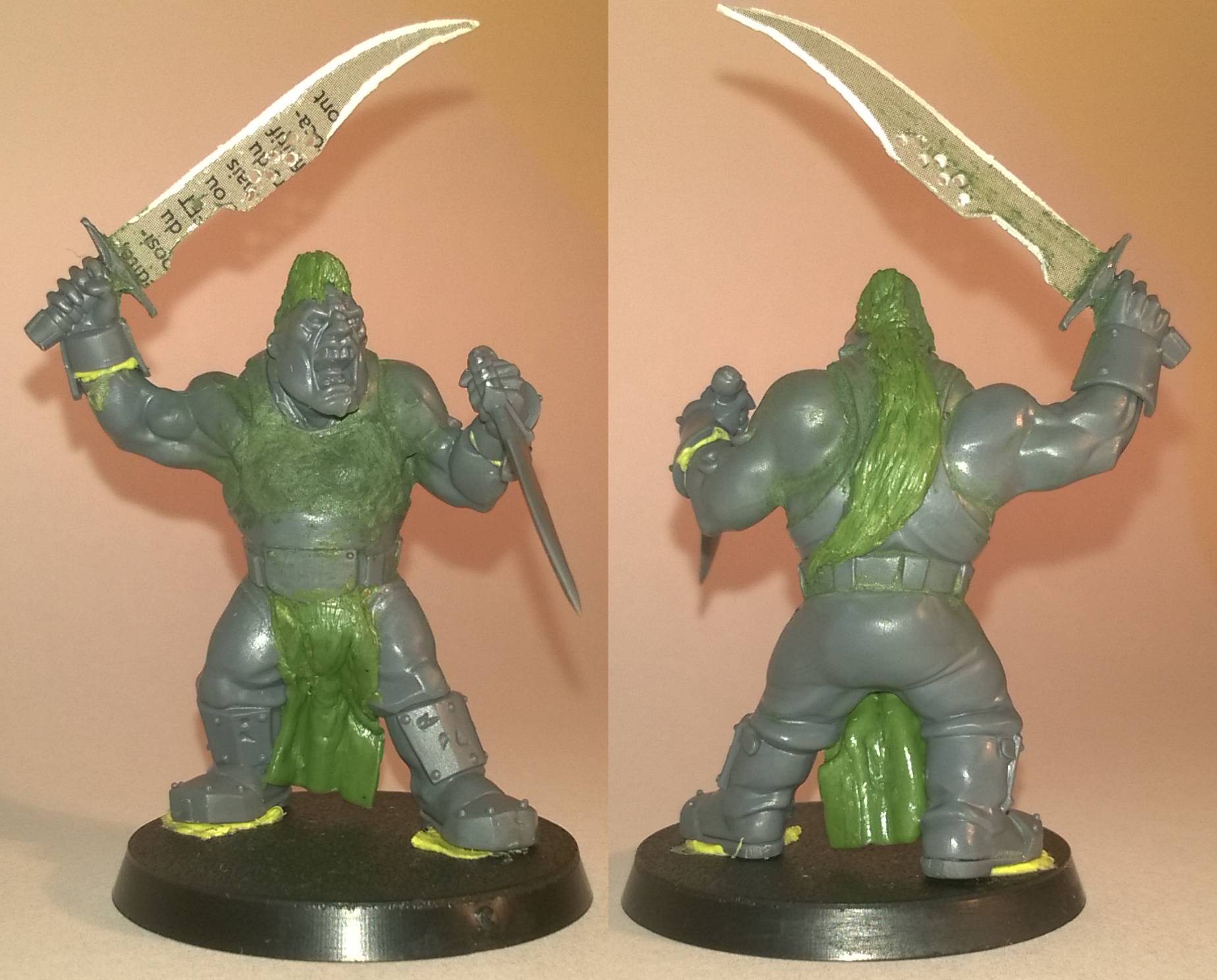 As a reminder, she used to look like this: 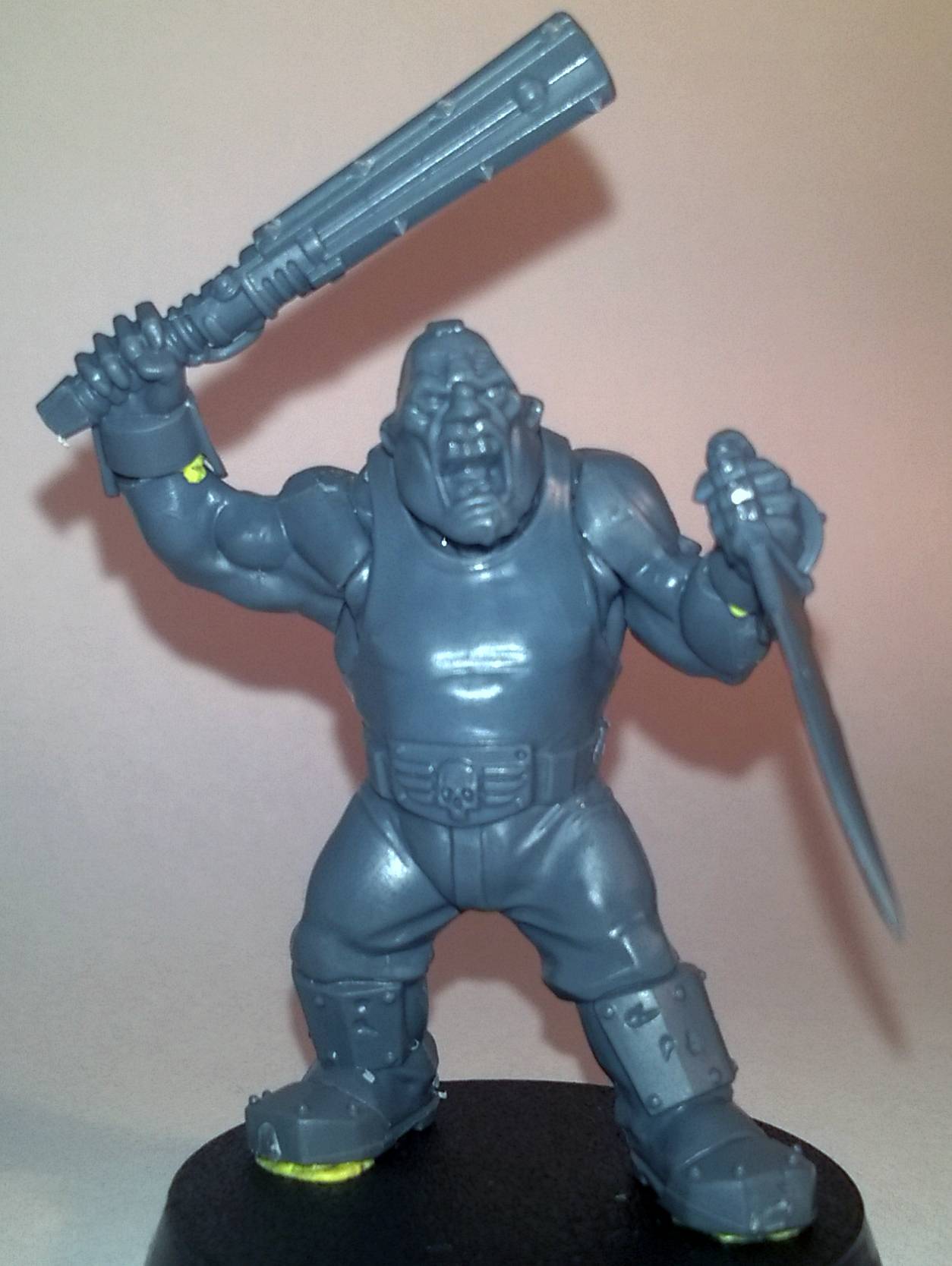 Still needs a lot of work (the club need to be replaced with a sword and the Ogryn himself must...
I think the sword turned out alright (it should look better once painted, without all the text (I cut it into an old access badge))
Not so proud of the GS work (I still need to get used to the stuff) but it will have to do.
Last edited: Jun 28, 2018
Reactions: undertaker, Space Truckin, Sethmerlin666 and 2 others

I thought you'd somehow managed to sharpen a newspaper

Wow, has it been more than a year already? It explains the dust... and the giant spiders...

Anyway, I've managed to get something done in 2019 (under the wire): a (mostly) fully magnetized Bonesplitterz warband for Warcry (yeah, when he realized one could build almost every option out of a single box, my inner cheapskate couldn't resist) 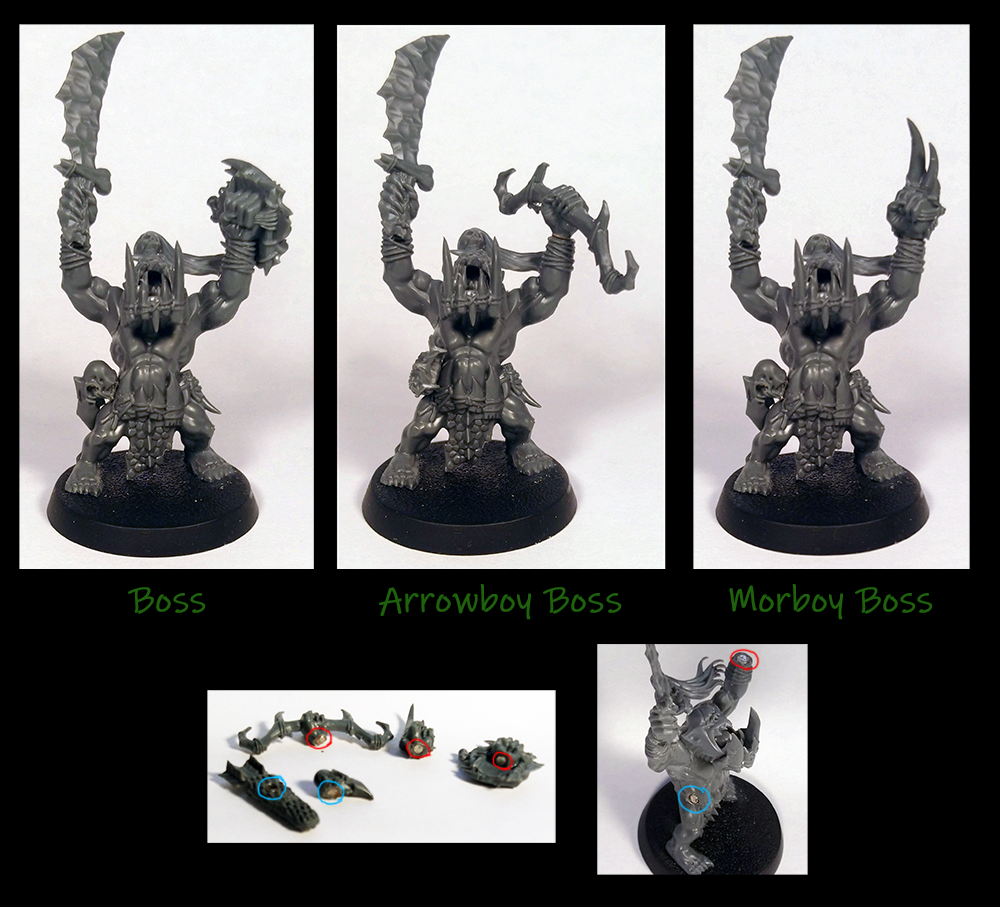 The boss. Magnetized for all 3 available options
He is the only one I bothered making a magnetized quiver for (fortunately, there are almost enough arrow-carrying hands for the regular arrowboyz)

Then the boyz, who have all been magnetized at both wrists and can be assembled as either
(it's the absolute maximum of each type you can field in a 1000 pts warband alongside the cheapest (125 pts) boss)

Finally, I also built a pair of Big Stikkas and a pair of Bone Totem boyz (as many as possible out-of-the-box): 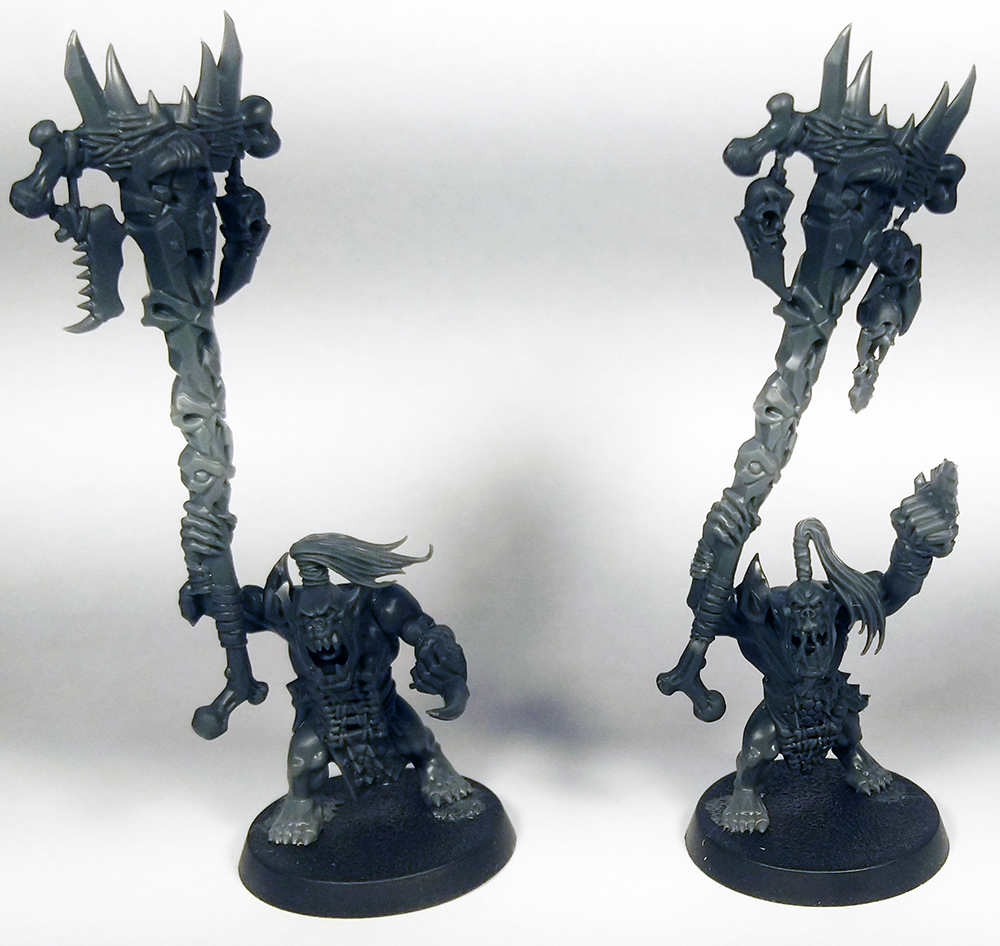 I made some slight modifications to one of each pair to avoid them being carbon copies of each other, but nothing major.

I'm left with three bodies that I may try to convert as additional Totem boyz (you can have up to 7, and they are one of the best available unit rulewise, so I'd like at least a third one) and/or the Savage Big Boss ally who has been added in Monsters and Mercenaries. That would require some sculpting though.

I also need to do some minor GS work to repair some wrists and add straps to the 3 shields that were not attached to a hand, and maybe also some fur and stuff.
And then, of course, paint everything (one day...)

I think it's one of the easiest kits to magnetize as Orruks have big wrists and hands (I used 2*1mm magnets), which was another motivation for choosing this warband. Still, it was quite time consuming (almost 80 holes to drill and magnets to glue) and I made a few mistakes (at least 1 wrist is misaligned, and I had to chop off and replace 1 arm and its magnet due to a polarity error) but all-in-all I'm satisfied with the result.

As a side-note, I discovered that the Citadel mouldline remover makes for a nice weapon rack:

The Citadel mouldline remover makes for a nice, if expensive magnetized weapon rack
I'll try to find something else to replace it though, as I kinda use it like, all the time
Last edited: Dec 20, 2019
Reactions: MedMos, Scavvierising, cainex1 and 4 others

What a lot of work that must have been! Looks great!

Thanks!
But all dats finkin 'n planin iz no gud for da 'ead. Less try some kraftin zen:

Made from cardboard, hot glue, and a flat iron bar
Found myself a 1 m long flat iron bar for 2€ at the local DIY store. Hardest part was to saw it into more manageable 25 mm sections.
I can now remove mouldlines again!

Edit: and another pic with the complete thing:

Trying to kick myself out of a long painting funk one baby step at a time. Started with something dead simple: 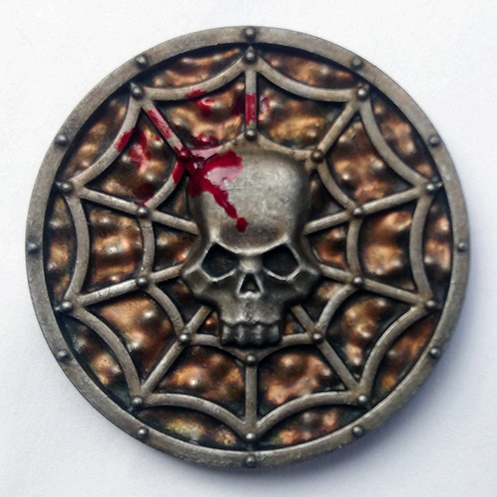 Tonight, a comedian died in the Underhive. Nobody knows why. Nobody cares.
Reactions: undertaker, SuboptimusPrime, cainex1 and 7 others
Show hidden low quality content
You must log in or register to reply here.
Share:
Link
Top Bottom