“This lasbolt’s not for you”

If you’ve been following this thread you’ll know that I’m a fan of the bone reaper models. Although one of GW‘s strengths is in appropriating ideas from other sources, once in a while they come up with something pretty original and I think that the bone reaper range is one example of that.

This guy is the boss, the head honcho, the chief, The big cheese, the top dog, the OG and the coldest MFer in the bunch. Whether whether he’s buying goods from the black market or masquerading as a reverend doctor of the Magos Biologis, he’s always ready to slice up his enemies like a Christmas goose. Hodai Jessolat von Kreth… 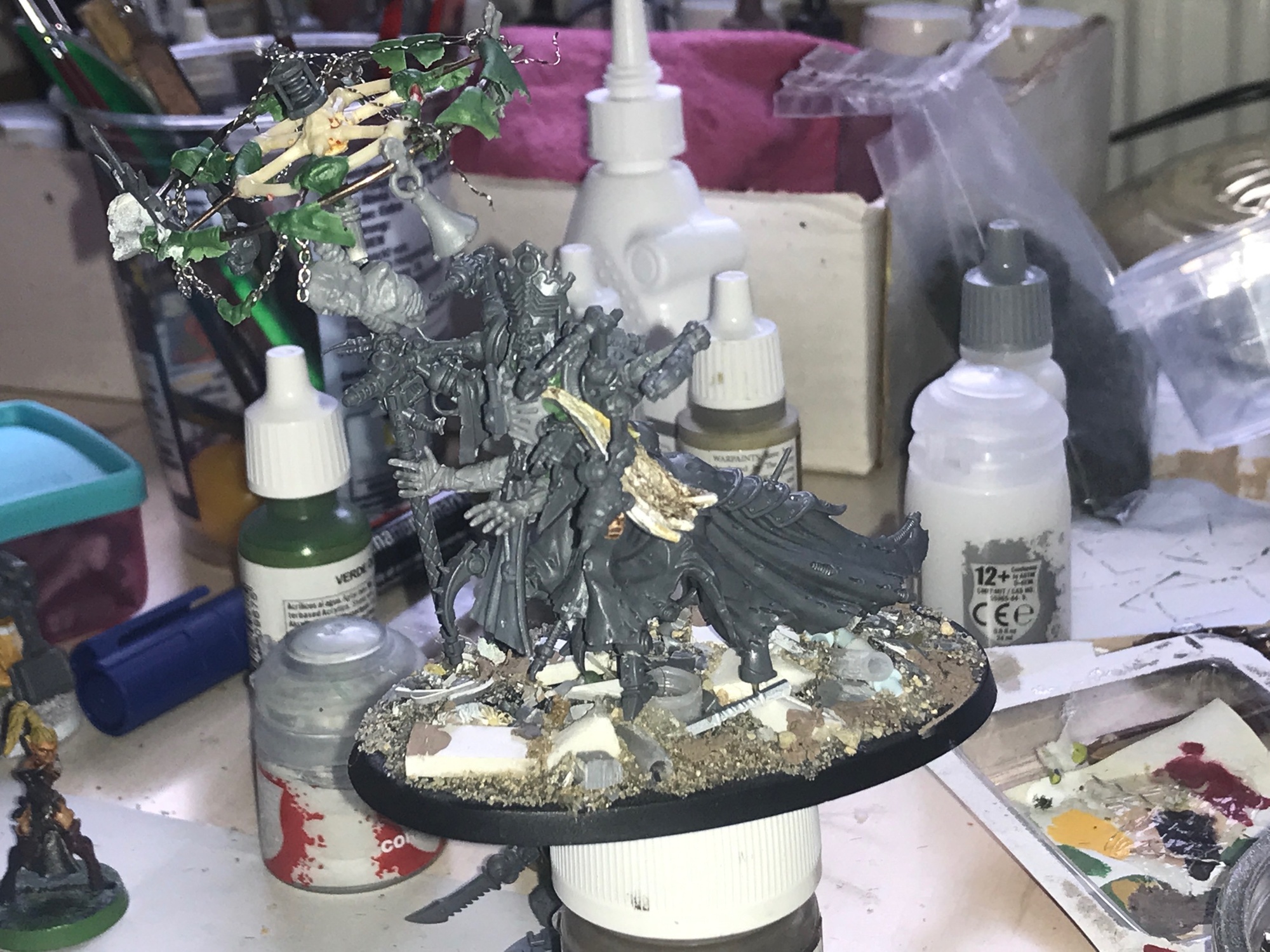 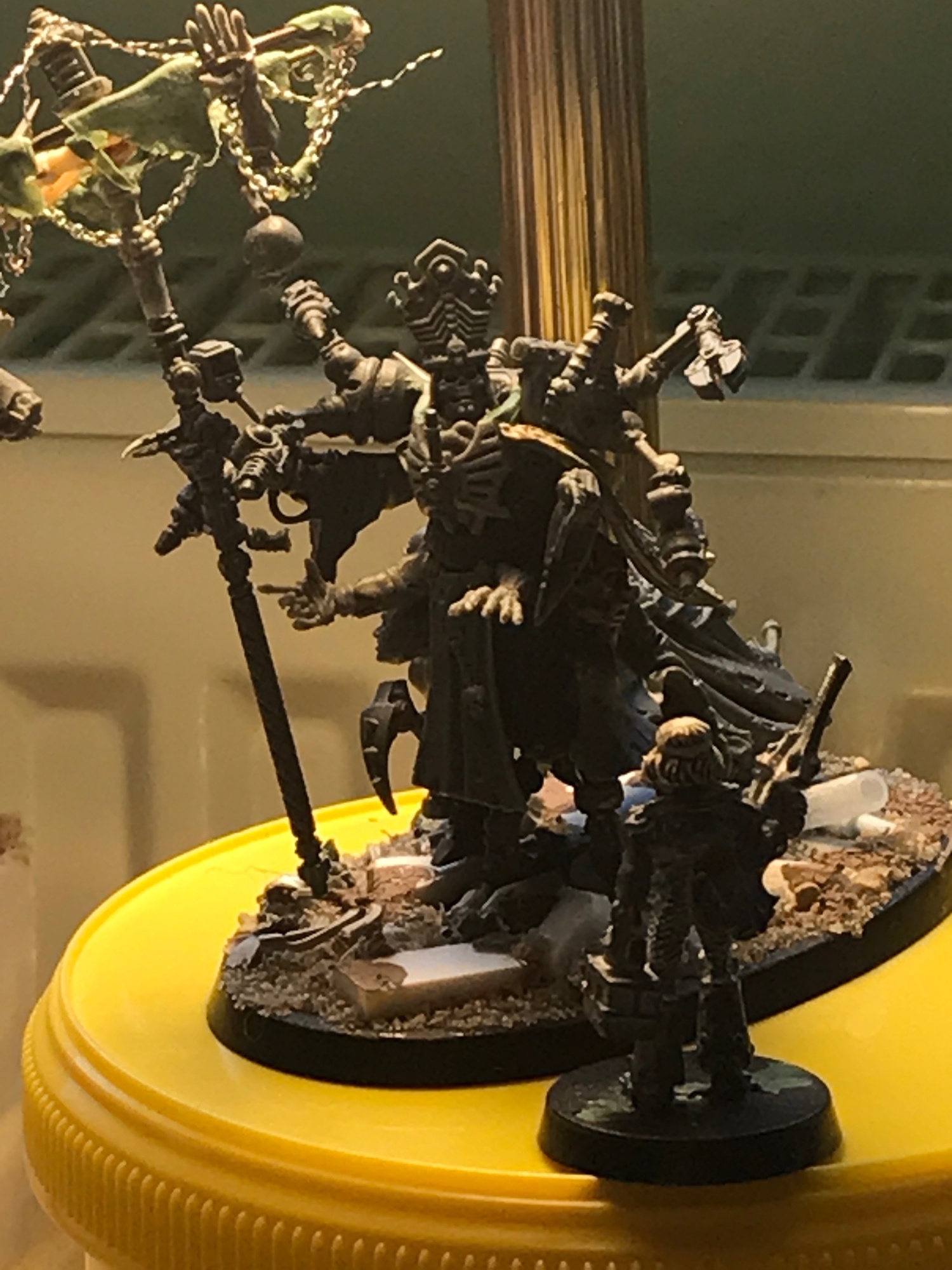 Tiktaalik said:
The worst space pirate I’ve ever heard of…
Click to expand...

But you have heard of him, right?
(i.e. I get this cultural reference...)
Reactions: Greenthumb, sykoholic and Stoof

Tiktaalik said:
I’m a fan of the bone reaper models. Although one of GW‘s strengths is in appropriating ideas from other sources, once in a while they come up with something pretty original
Click to expand...

I totally misread that and thought you were talking of Reapers Bones line of soft plastic minis!

I wondered what GW had been nicking from them for a while there!!
Reactions: sykoholic, Ben_S and Punktaku

I thought that at first too
Reactions: sykoholic and MusingWarboss

Ha! I was using speech to text on that post and I left out the Ossiarch part. Reaper has always been one of my favorite companies for characters, monsters and stuff though. I‘ll be buying a dragon and a Pegasus from reaper for my WarhammerCE Dogs of War.
Reactions: trollmeat and MusingWarboss

Very WIP… painting the big guy has not been enjoyable. Trying to match him to my other figures has led him to be a little too brassy. I’m gonna repaint a lot of his armor to make it look like it was painted at one time. Hope you guys enjoy the models, I really had a fun time making them. 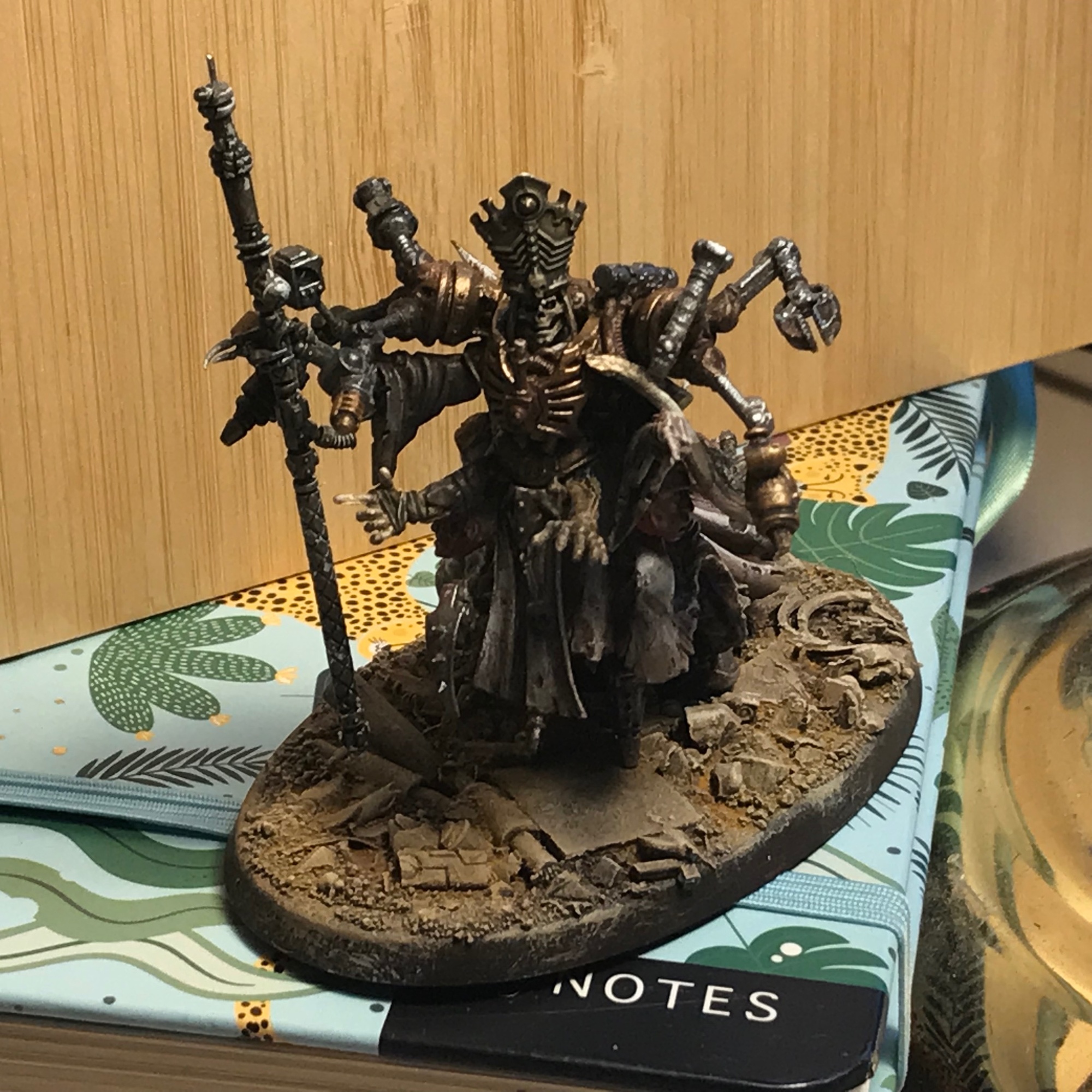 YakComp Update: I have the figures all set, my guy just needs a head (this is my biggest recurring issue) I was able to strip his beast/critter using hand sanitizer gel.

most of my time lately has been spent working on my fantasy castle diorama/army display board. This fortress will include houses, fortified areas, a little marketplace, blacksmith area and the main hall belonging to the arch duke of a fantastic principality. I was making some bottles for my daughter’s Barbie restaurant and I made a few alchemical urns for myself… 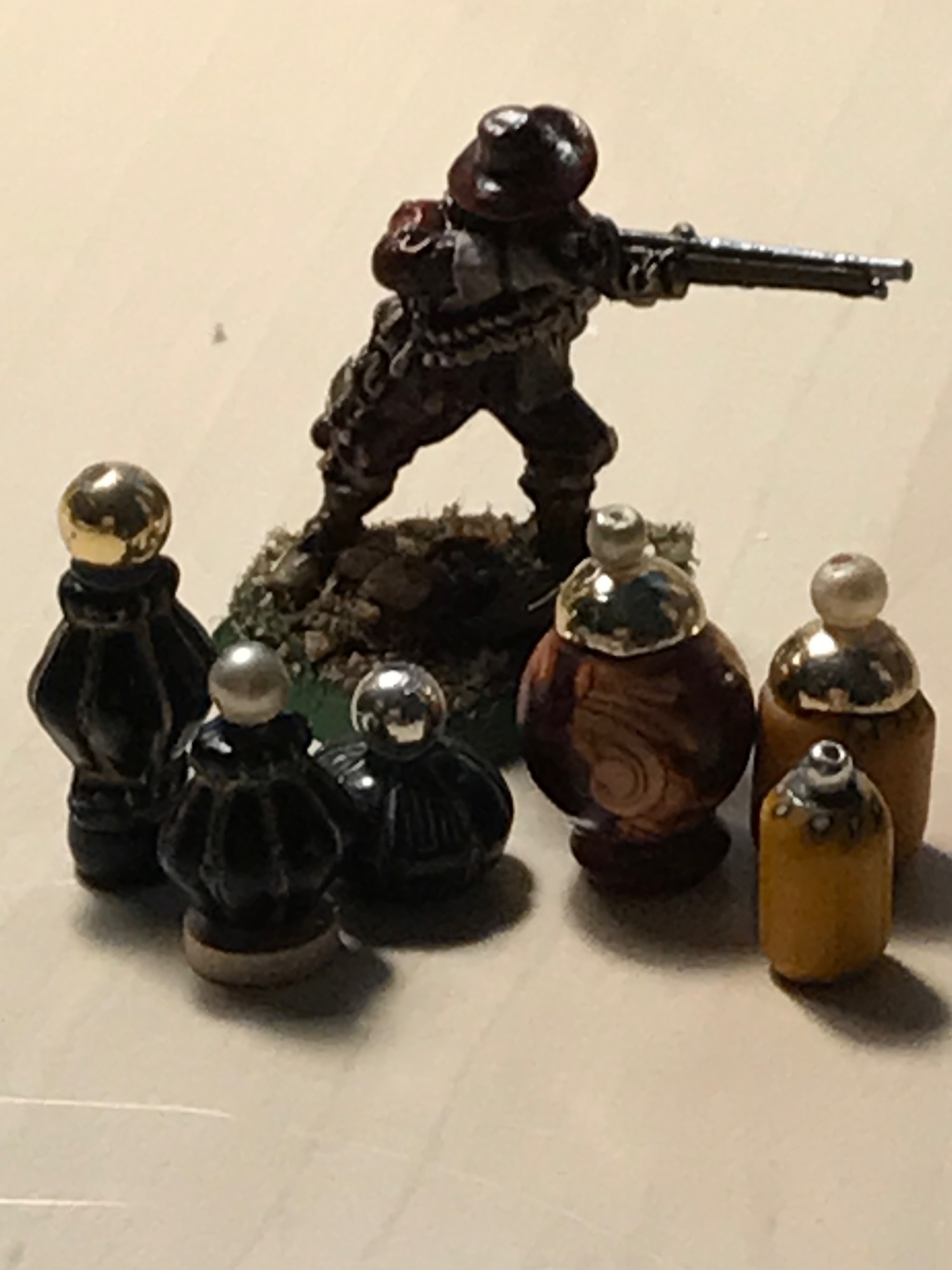 It’s a damn shame that I couldn’t finish my entry for the competition in time. Unfortunately a sick child, a sick wife and a new job have to take precedence over the hobby. I have done more work on my Outcast Gang for a campaign starting on Saturday… 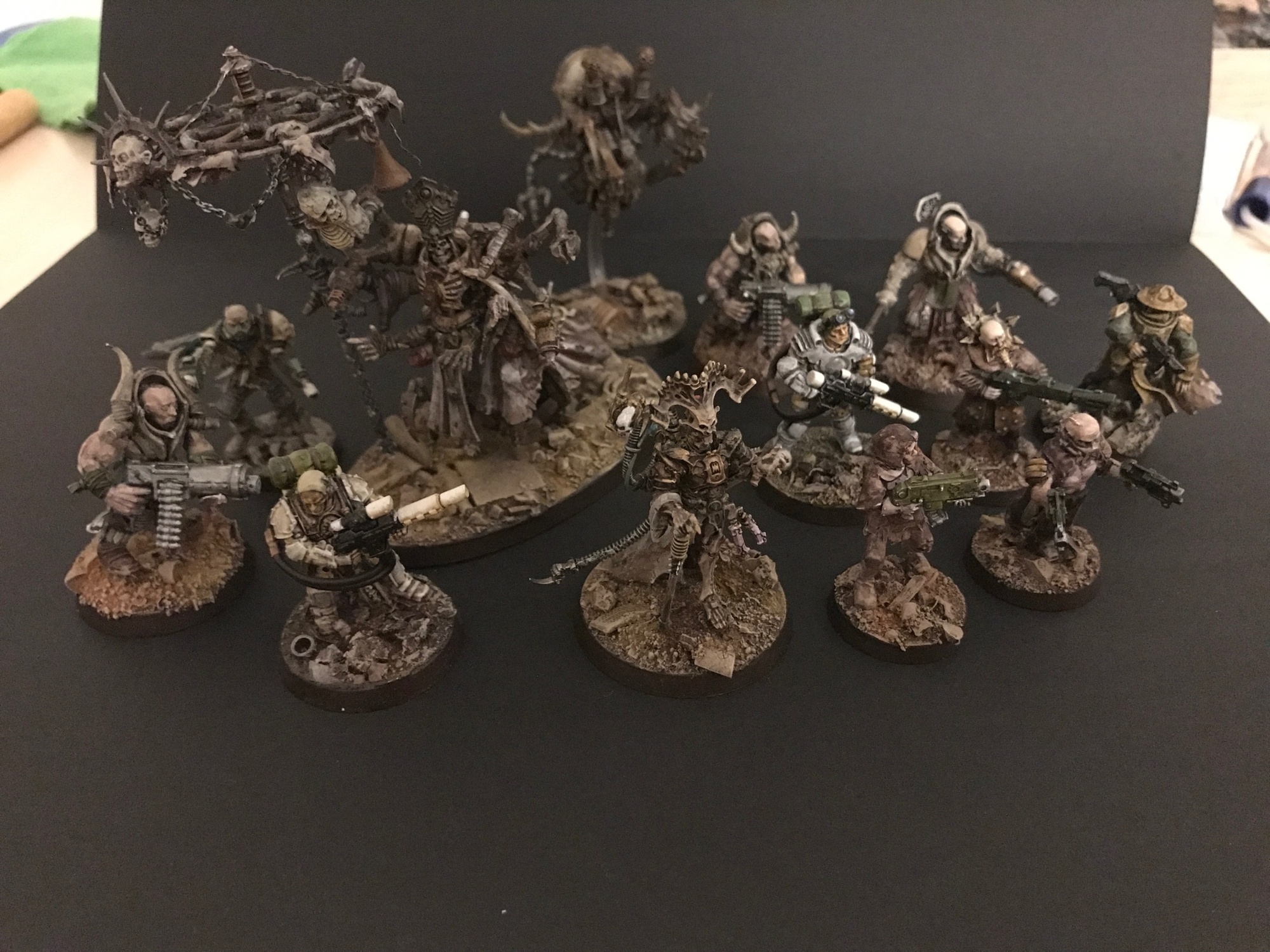 Tiktaalik said:
It’s a damn shame that I couldn’t finish my entry for the competition in time. Unfortunately a sick child, a sick wife and a new job have to take precedence over the hobby. I have done more work on my Outcast Gang for a campaign starting on Saturday…
View attachment 150411
Click to expand...

They look amazing. Very unique and full of character.
I love the new outcast book and the ability to actually field pretty much anything you can make.

These are really nice

Thanks boys… my leader uses the profile for the Van Saar Brute Suit guy which fits the model really well. I just had my first game with the gang you see here today. my men look better than they perform on the battlefield, but in my experience, there is no way to determine the outcome of a game on the first turn. It’s one thing I love about Necromunda.
Reactions: trollmeat

Would be cool to see your list, and maybe some pics of the battle

May the dice gods* be with you in your future skirmishes.

sadly, I forgot to take pictures because I had to concentrate on the game… we had five books open on my couch and two Tablets at the ready. It’s a lot to keep track of… I played the escort mission against my friends corpse grinder cult yesterday. Several of my gangers are proving their worth and they Should be pretty nasty once they start getting skills. MVP was definitely my hired gun; I rolled really well on the favors table and got to hire the Eightfold Harvest Lord for free! He then went on to decapitate the enemy butcher, who then rolled a 66 on the injury table.

i have been working on more vehicles and constructs for my customized 40k/inquisimunda figure collection. It will probably be a counts-as grey knights army. First up is the Z-300 GO!Bot, A trash-bashed dread night and the start of a smaller ship, which I hope can be used in 40k games. 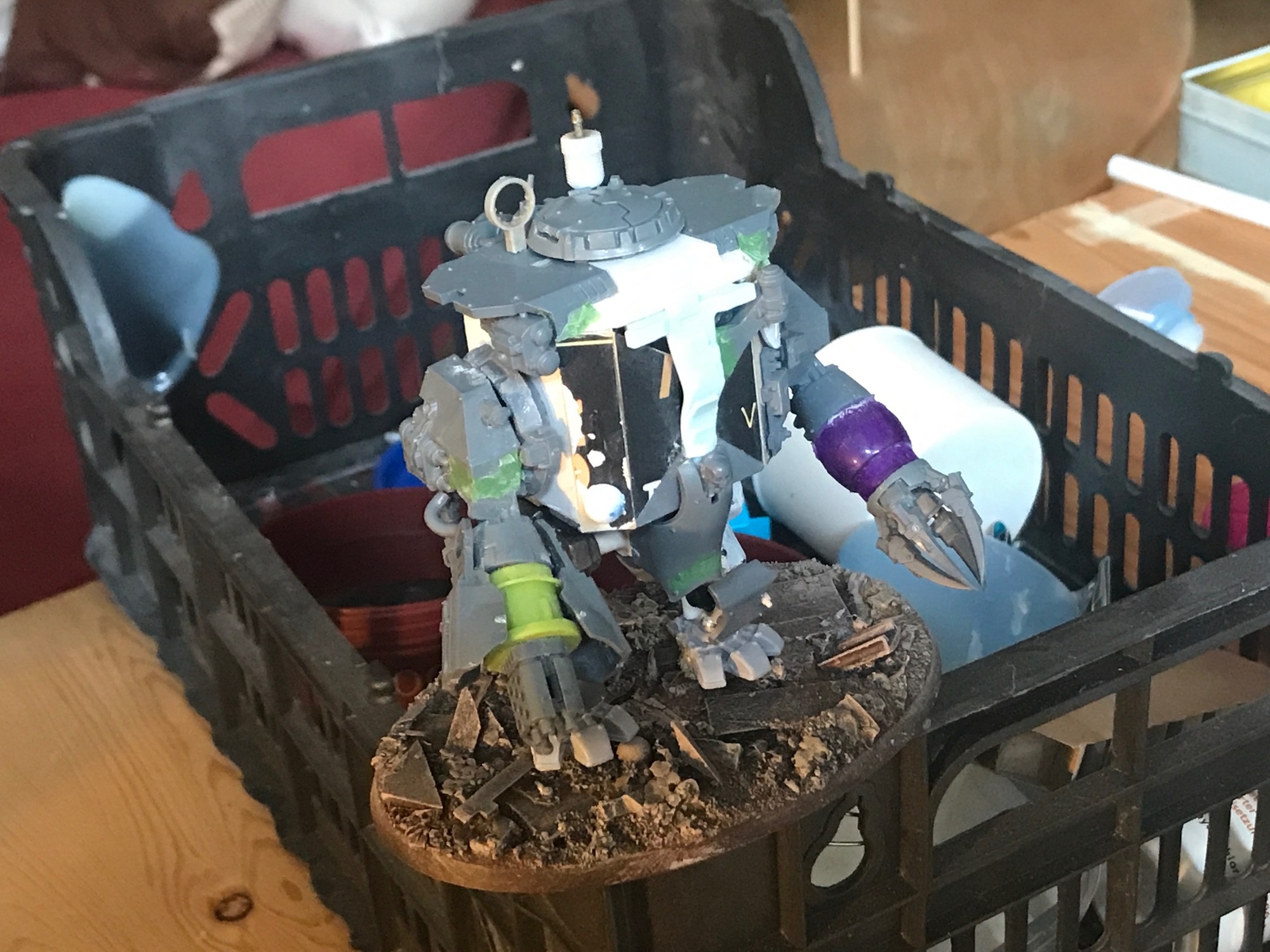 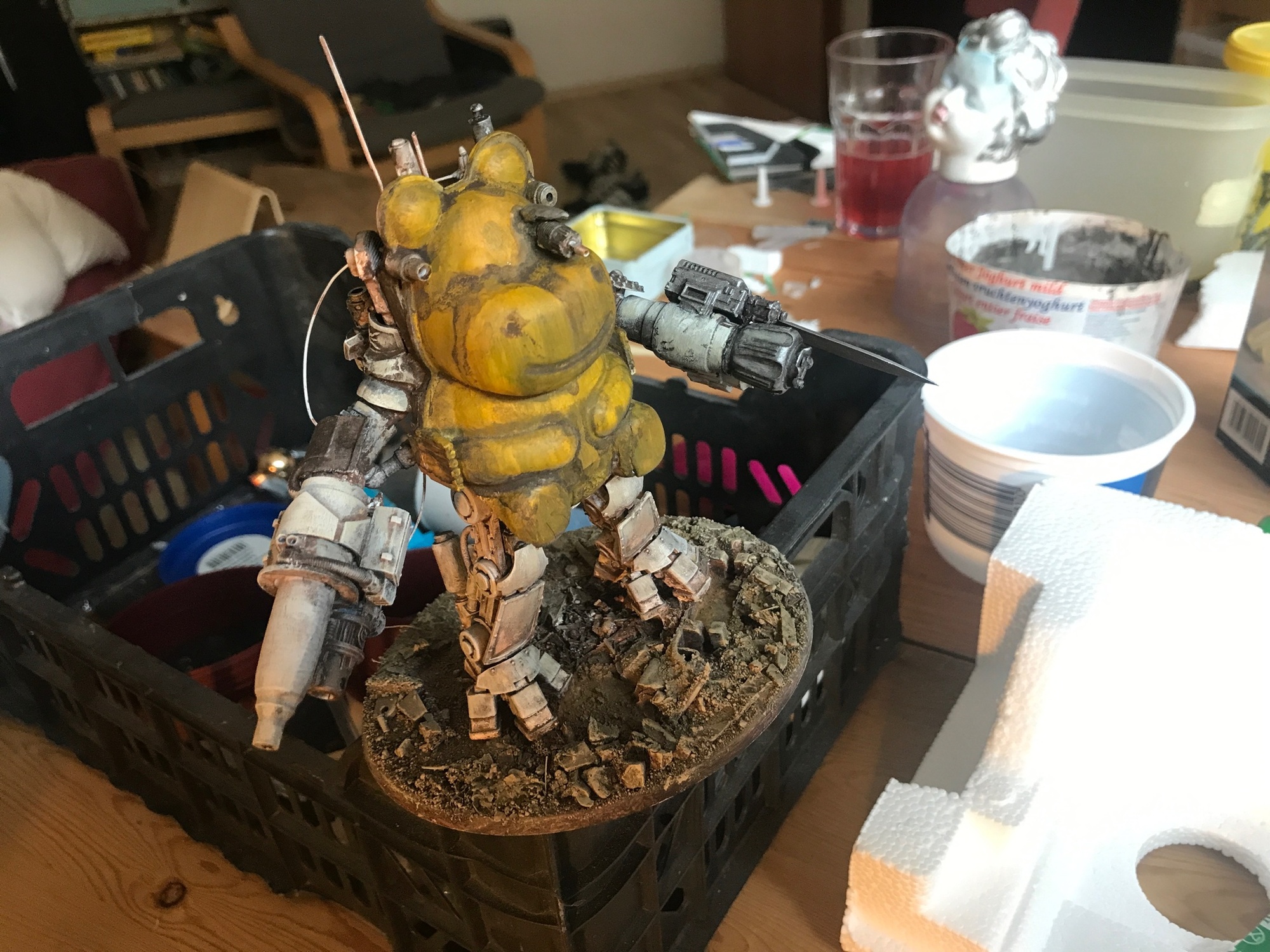 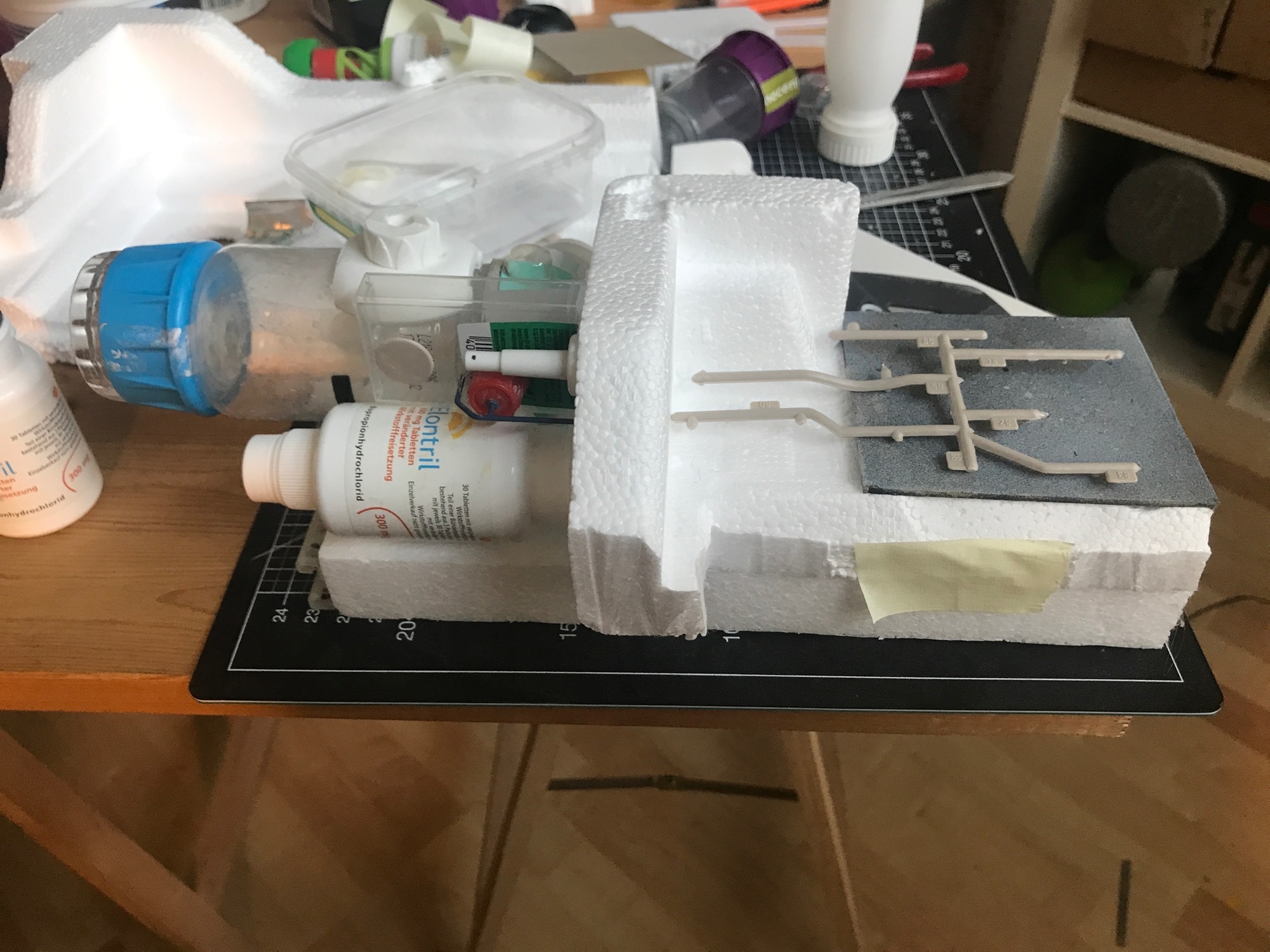 I saw a tweet sent a few months back about Adepticon having totally strict rules about what can be used in their tournamenot. I’m curious if my stuff would not be allowed, because aside from the trash it’s pretty much all GW (there are a few car model parts scattered here and there.)
Reactions: Stoof, Loriel, cainex1 and 4 others

Love it all - a Yakker after my own heart, scratch build for the win!
Reactions: trollmeat and MedMos

Gentlemen, Gentlewomen, I give you Municipal Sanctioned Residency Conglomeration 18A. The residents call it YakTown. 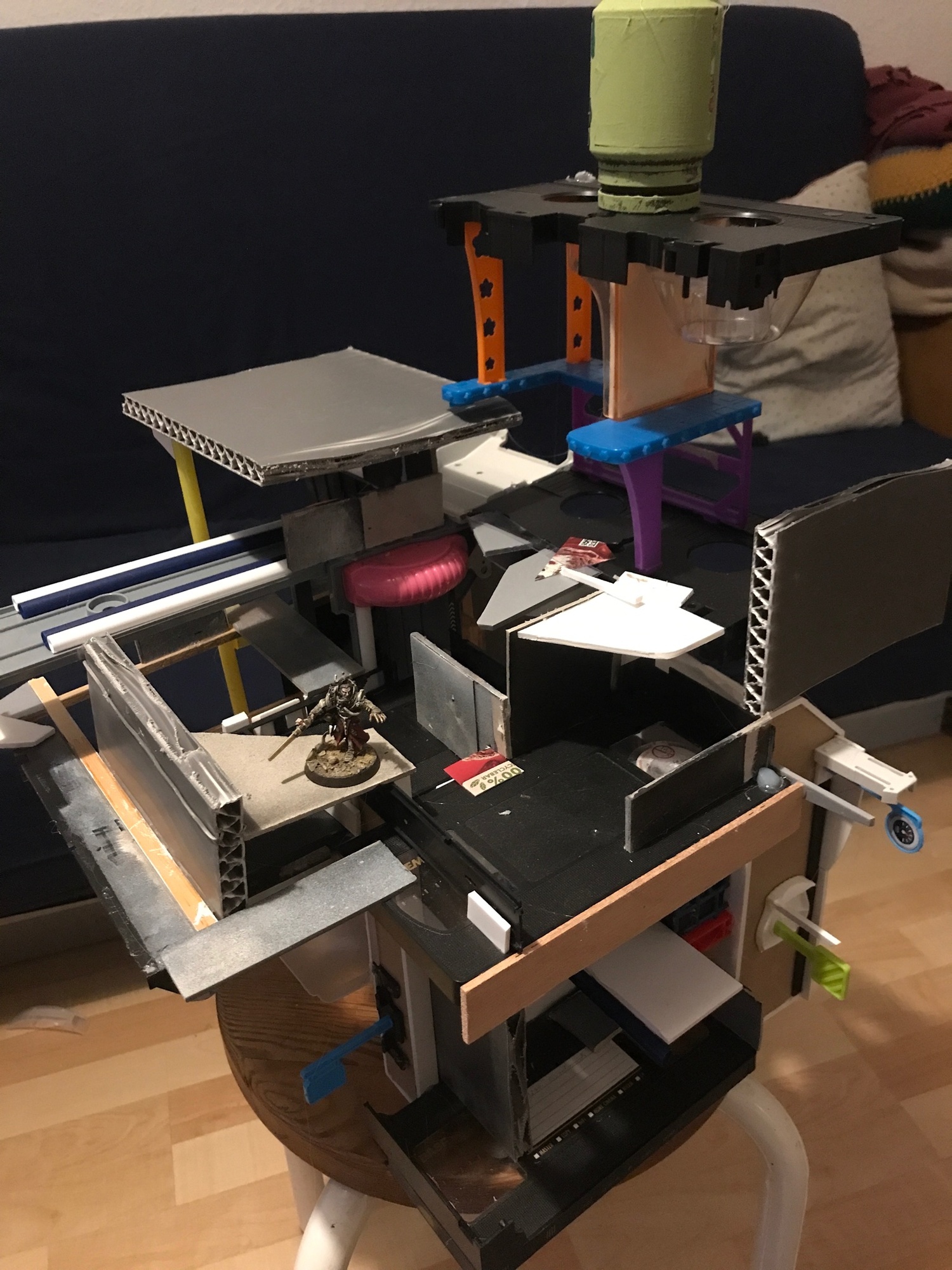 Reactions: Ben_S, Stoof, Loriel and 5 others 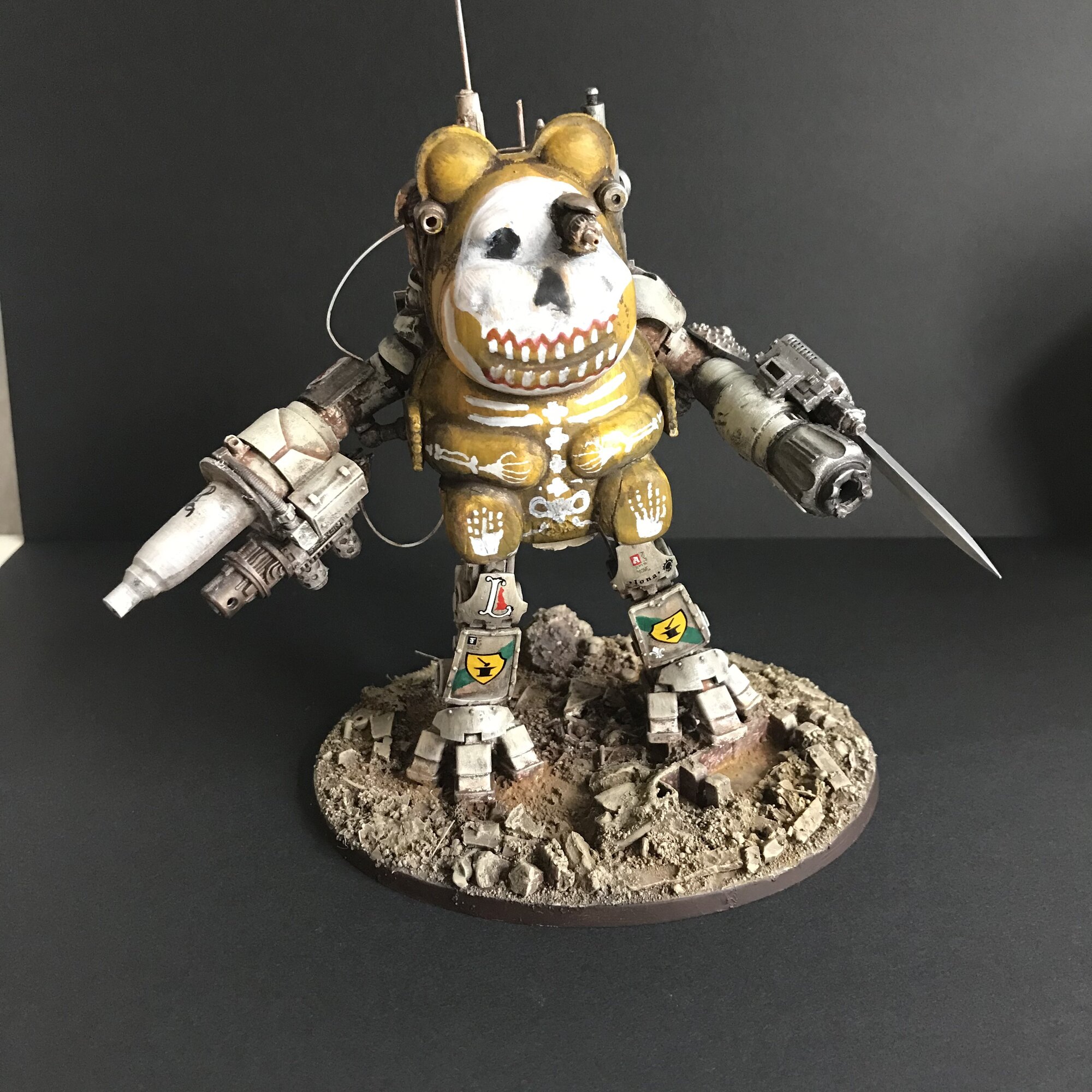 the junk knight has been a proj of sorts since the lockdown. I used parts from the old metal razorback from 40k to make him, but it was worth it.

this tank is a blatant rip-off of the transport vehicle that belongs to the Navigator Household army featured in WD a while back. I even copied the color 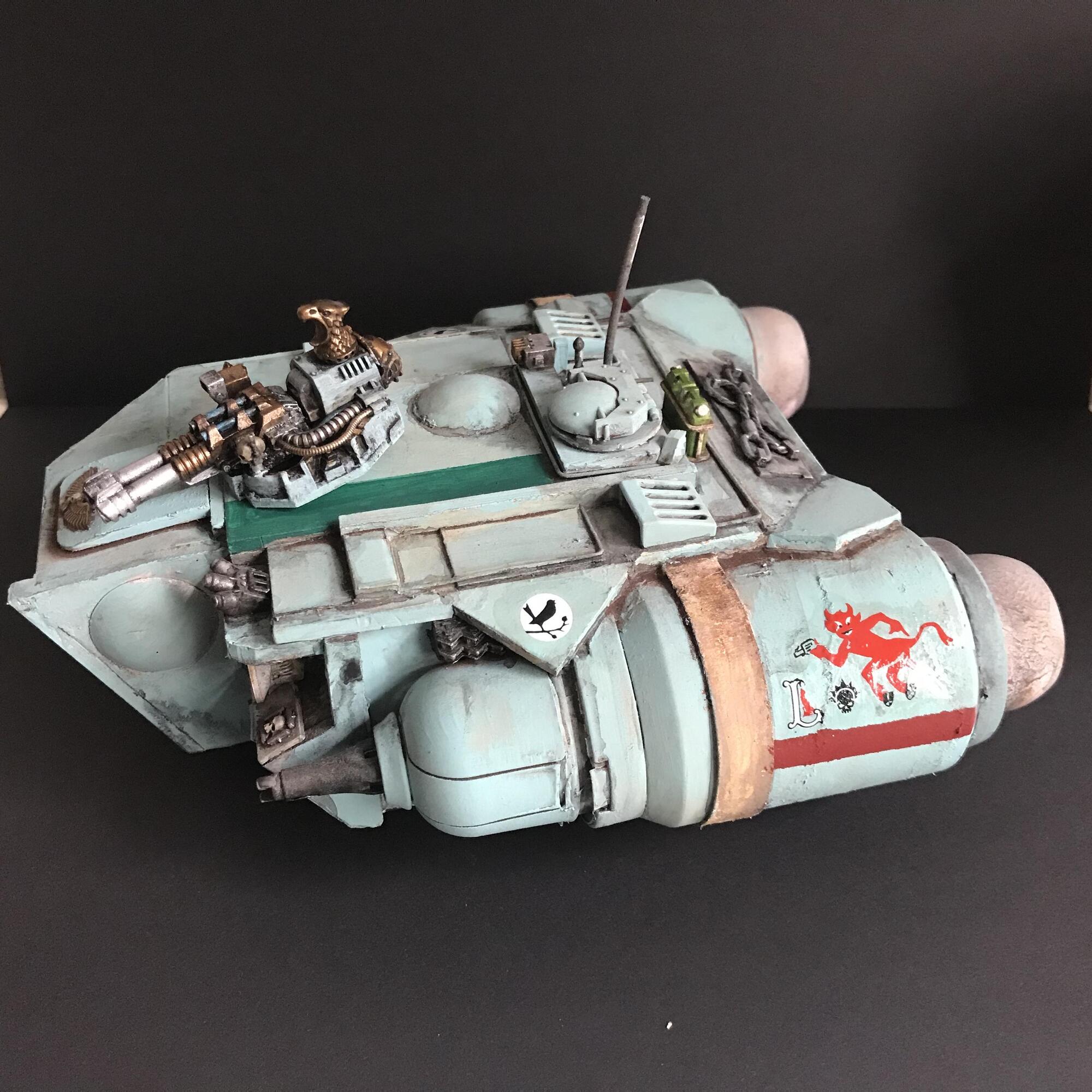 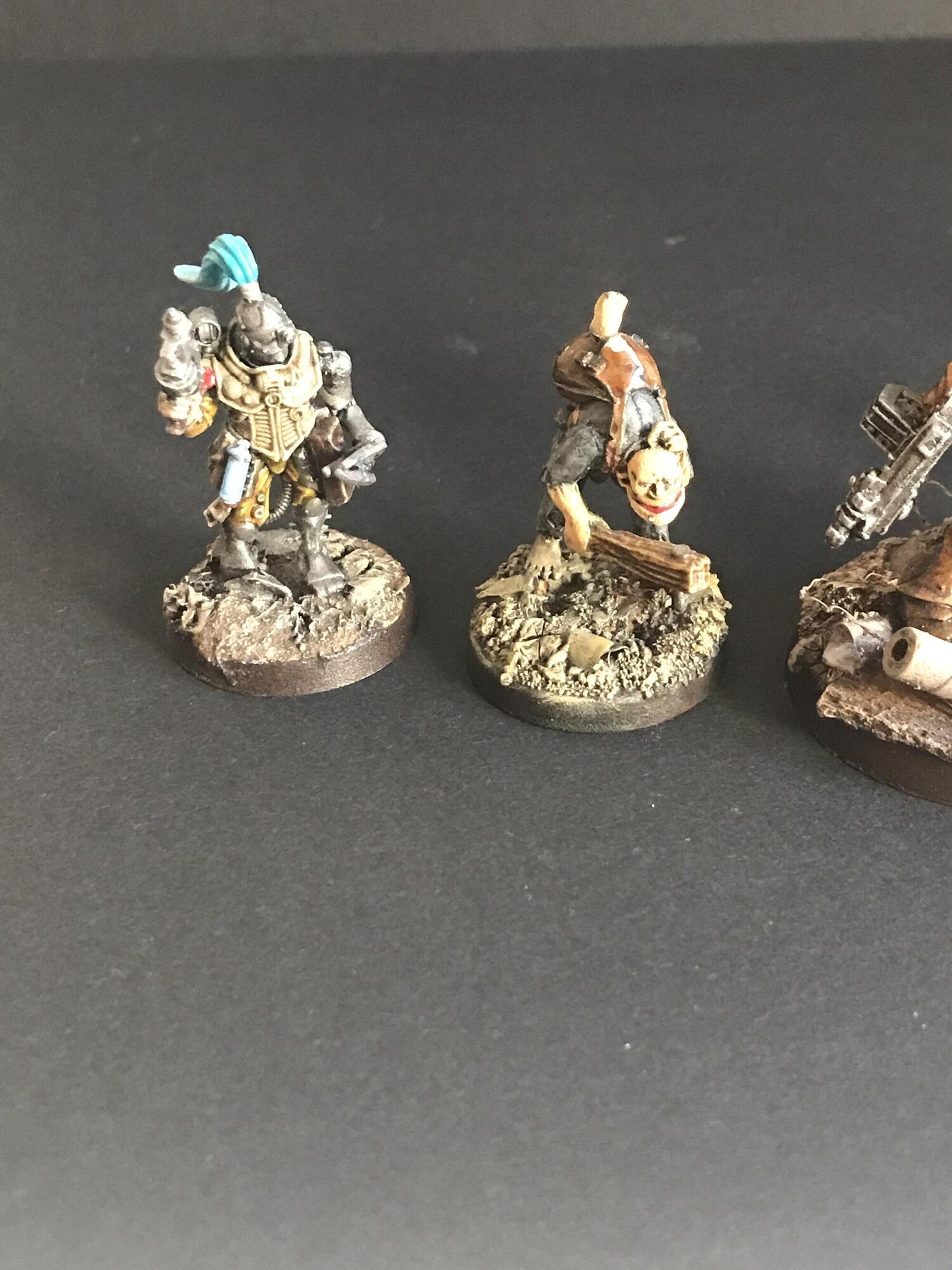 Reactions: Stoof, SuboptimusPrime, trollmeat and 5 others
Show hidden low quality content
You must log in or register to reply here.

Miniatures & Terrain Thursday at 7:29 AM
SuboptimusPrime

U
Transporting The Underhive