Punktaku said:
your posts are too few and too far in between.
Click to expand...

yes I know I am useless and unfocused and erratic. Apologies.

But my beastman work continues! ...and now stops as I am out of beastmen.... 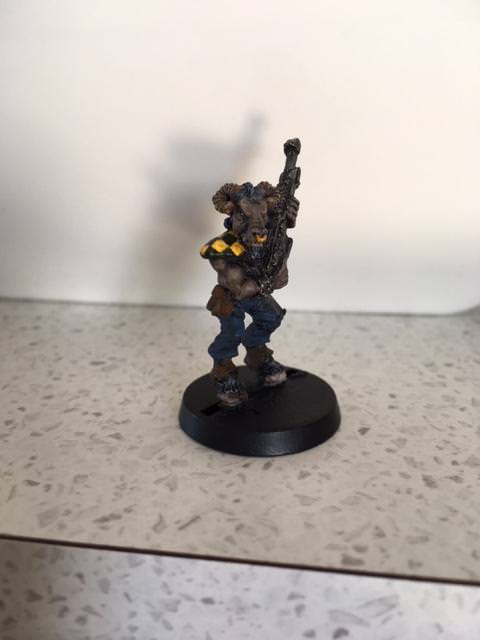 lovely chequers there. always a fan of some yellow cheques and dags.
Reactions: Deleted member 10658
D

Cool beastmen, and I love the skip full of rubbish. 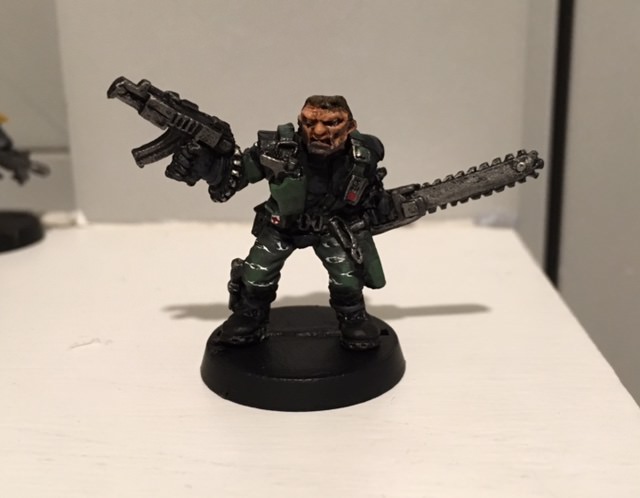 Started work on my old Chainsaw Warrior models. I have collected all three of them over the years but never painted them. So here is the first one. I have the missile launcher dude and reaper dude left to do
Reactions: Edster, Sethmerlin666, Ned Noodle and 2 others

Awesome, looking forward to seeing the other two painted up.
I still have my copy of chainsaw warrior, I actually had it out about a month ago for a couple of solo run throughs. Got merc’ed every time but it was still fun, that game is brutal.
Reactions: Space Truckin and Deleted member 10658
D

The Chainsaw Warrior's almost monochromatic paint scheme is very gritty and realistic - I love it.

I am bouncing around GW's mid 1980's games here but having fun. I have a small collection of miniatures for Battlecars. This was pretty much the first GW game I played way back when i was 9 or 10. Quick, fun and simple game Anyway I have been intending to paint some up for years so I started tonight. This is a 6mm scale car sculpted by Tony Slocombe in about 1983. This one is supposed to be the one off the front of the game box 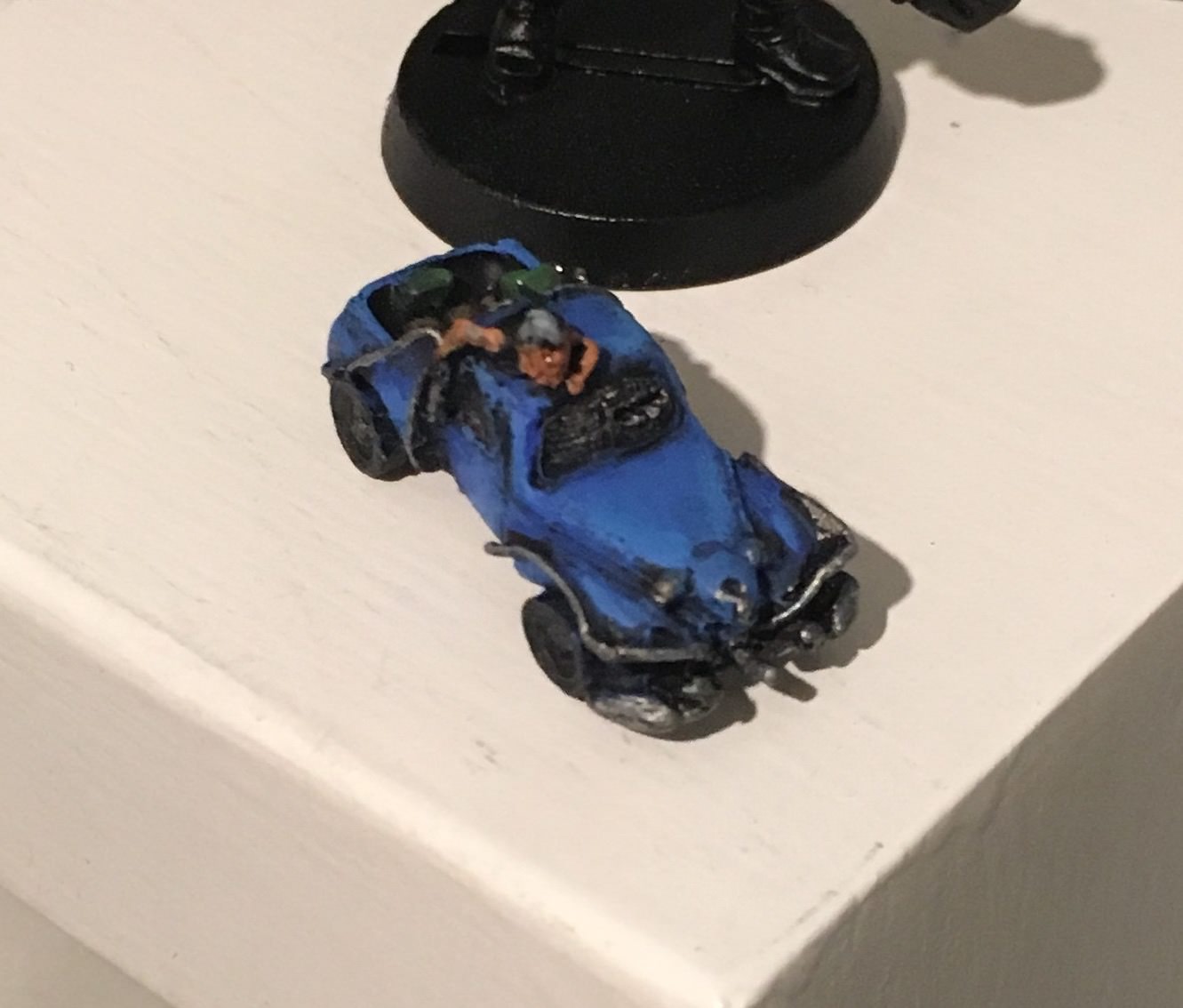 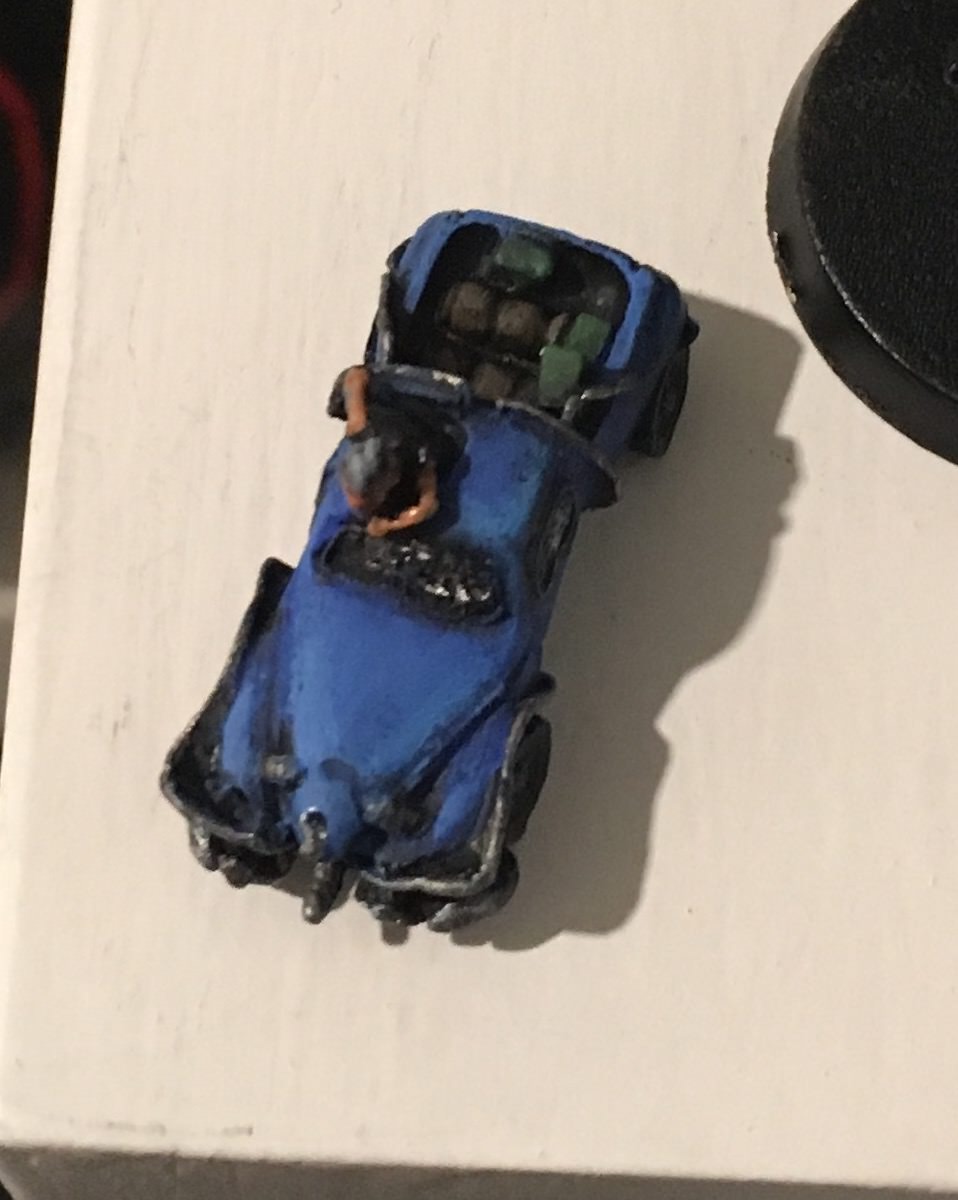 I darkened the blue a bit as you can see. pretty happy really considering the scale etc. 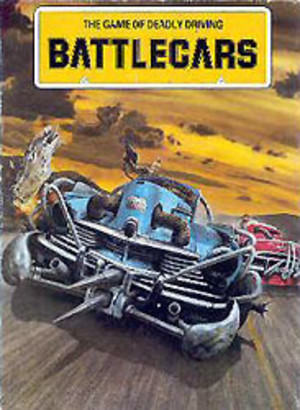 You can't beat characterful old-school lead in my opinion! Your rag-selection of fighters and ne'er-do-wells is perfect for Necromunda. Love seeing Beast Trooper Gaxt back in action!
Reactions: Toffer

Getting ready for a BB tournament in Auckland at the end of August. Taking Orcs this time so made a start on the team that came with the box set. picked a couple of extra sprues for the positional players. Also dug out my very old Ugroth Bolgrot model. need to do the rest of the team and bases must be completed too. think I need more checkerboard patterns and I cannot decide on which method to use to do armour damage. 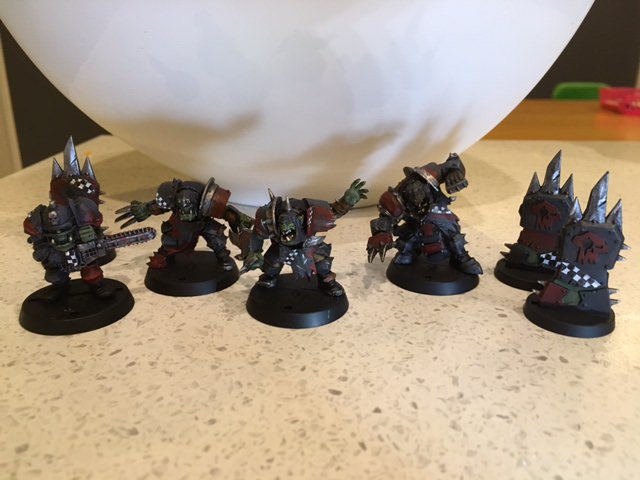 wow! nice paint job! which edition did those orks come with? i have the first two, and they definitely don’t look like those!
B

@Punktaku - you seem to be a bit behind the times... Those are the current (2016) edition Orks, except for Bolgrot.

The first member of my new Cawdor Gang. With Long Rifle conversion. 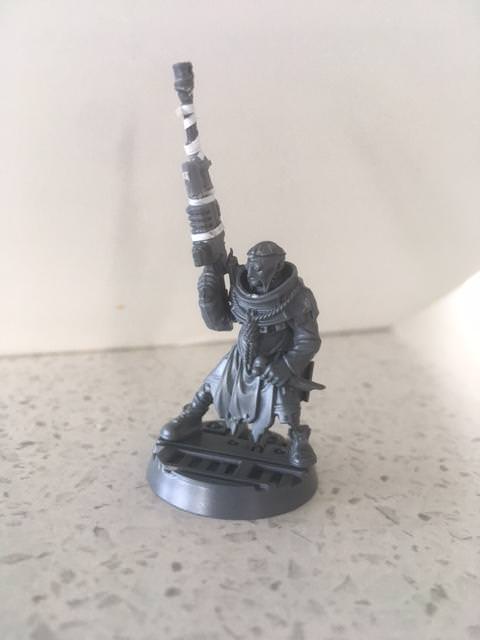 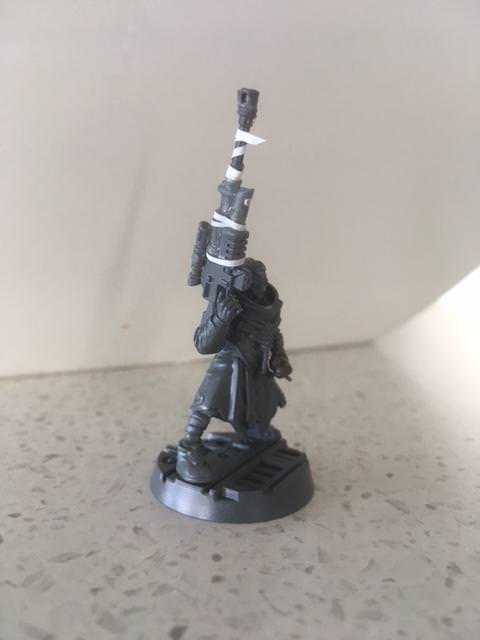 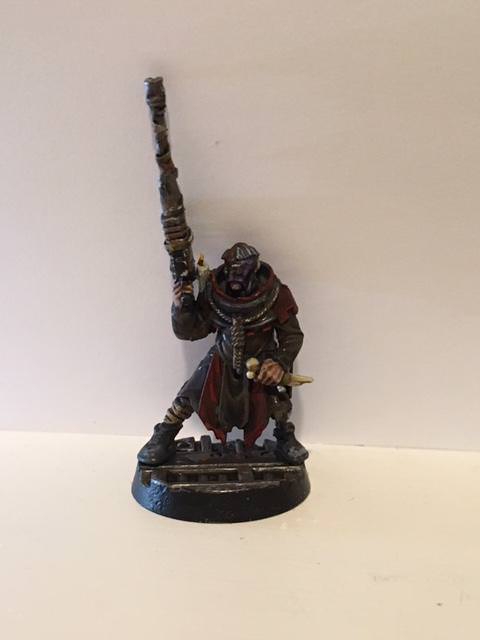 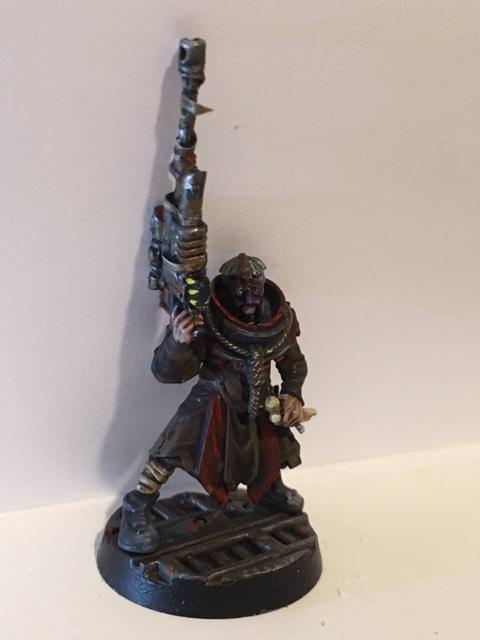 I like the dark colours (though I still think Cawdor should be blue).

Really like the simplicity of the use of plasticard to make the Rifle look "Kit bashed", if you don't mind will be stealing that for my Scavie/Nomad gang
Reactions: trollmeat

I really like the subdued colour scheme - I am sure a whole gang will look quite plain and unobtrusive, almost blending in to the background of the rusty dirty Underhive scenery.

i imagine that’s what real underhive gangers would actually look like.

Gang completed. did a conversion on the Leader to give him an autogun/flamer combi weapon. The long rifle champ is the other conversion. the rest are either as they appeared on the box or slight hand/weapon swaps. The whole thing comes to 995pts. so I have a pistol going spare for someone. 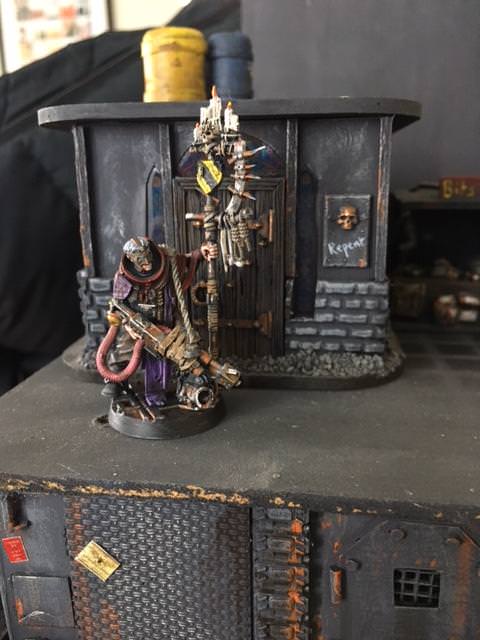 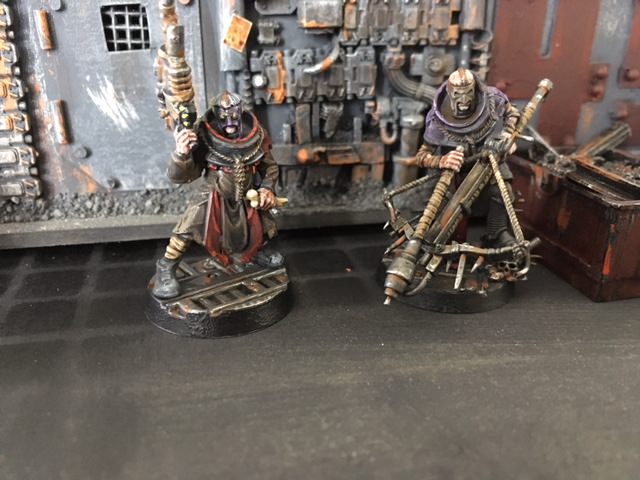 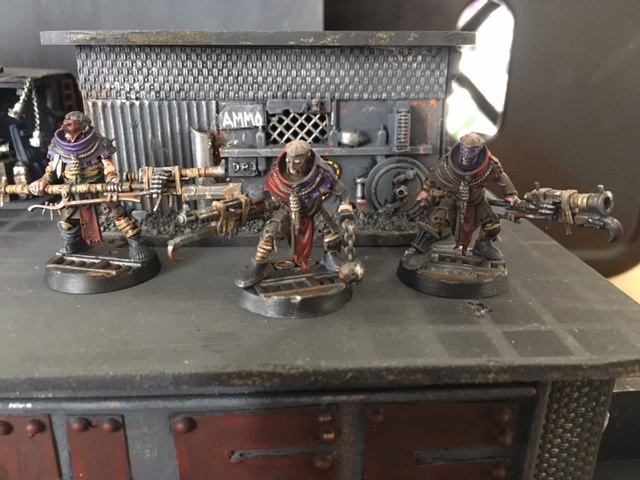 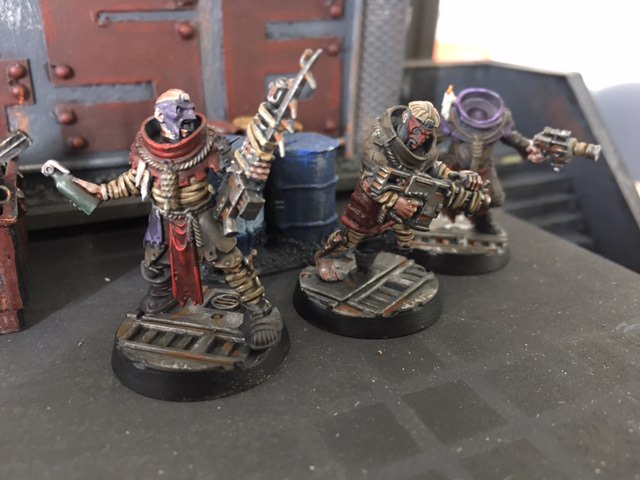 gangers and juve. Juve has a head on its way from BitsBox as I don't like the leader/champion heads. 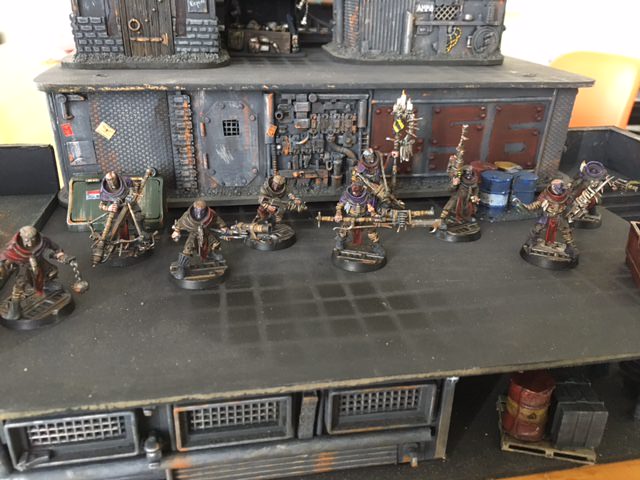 really enjoyed painting these guys but they were fiddly to put together. But that is GW these days. It allows for much nicer plastic minis though.
Reactions: Edster, trollmeat, Ned Noodle and 4 others
Show hidden low quality content
You must log in or register to reply here.
Share:
Link
Top Bottom