You are using an out of date browser. It may not display this or other websites correctly.
You should upgrade or use an alternative browser.
U

The battle for Substation 251 is over, as the dust settles the foul genestealer corruption that once lay at the heart of the substation has been cleansed.... However, the fall of Haus Mendax has only given way to what is perhaps a more urgent threat, that of the Ork.

For, as the gangs who descended on the area fought their battles and laid their claims a band of greenskins also set out to make the substation their domain. Left unchecked for far too long what started as a minor mob of Orks grew into an unstoppable force and, before any true authority could react, overran the substation. Soon after the greenskins directly assaulted the uppermost levels of the spire which the substation serviced! The spire’s defenders, already weakened from within by the culling of Haus Mendax, proved less than a match for the attacking greenskins and were driven off from the spire’s upper levels.

Now, what has locally come to be known as “The Green Spire” finds itself quarantined by Necromunda’s Planetary Defense Forces as Lord Helmawr and his advisors decide what is to be done. The spire’s hapless citizens find themselves trapped between the slowly expanding Orks to the level’s above and the PDF Troops below. With the majority of the spire’s nobility having either fled, or been killed, the burden of leadership the spire has fallen to the guilders. Order must be maintained, the greenskins must be destroyed, and control over the spire must be restored. All these things must happen fast, lest the decision be made that the spire is an acceptable loss and not worth the effort of saving.

This need for a swift resolution means that the forces of the guild houses will not be enough, the gangs will be of use once more....

This is an open ended invite to take part in an upcoming Necromunda campaign that I’ll be running soon. We play using the “Tabletop Simulator” video game and use Discord for communication. So your actual geographic location doesn’t limit your ability to take part.

It will be an open campaign with an overarching story told as the weeks go by. So feel free to jump in at any time!

We will be using the Necromunda Community Edition rules and, in order to spice things up a bit, few of the community created gangs found on this site.

This will be the third Necromunda campaign we've run, the last two were very fun!

Players of all experience levels are welcome.

Anyway, if this sounds like something you’d be interested in taking part in then we invite you to do so.

Thanks, and see you around the table!
Reactions: CaptainDangerous
U

Also! Here are some images from a few of the matches of the previous two campaigns.... 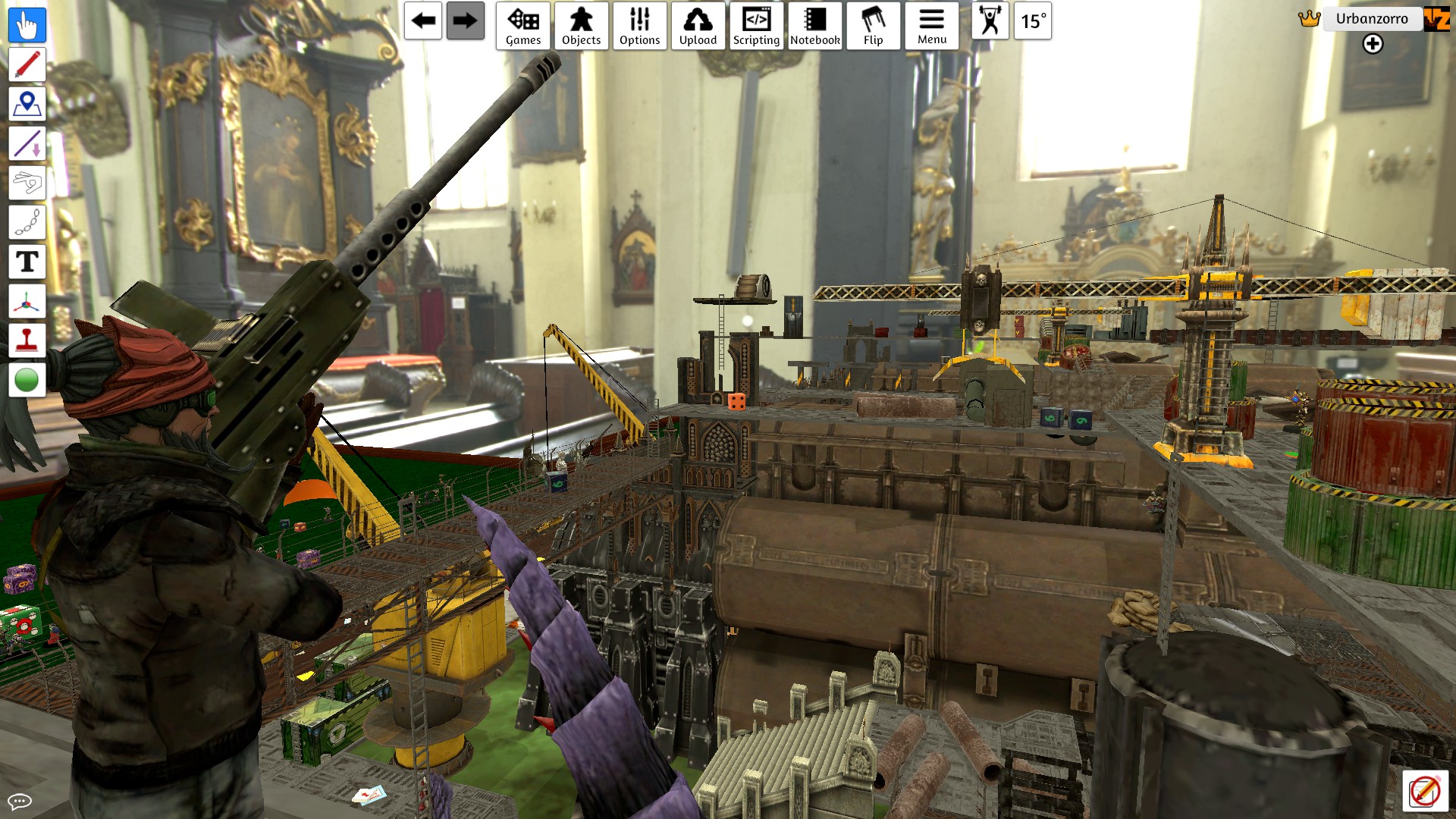 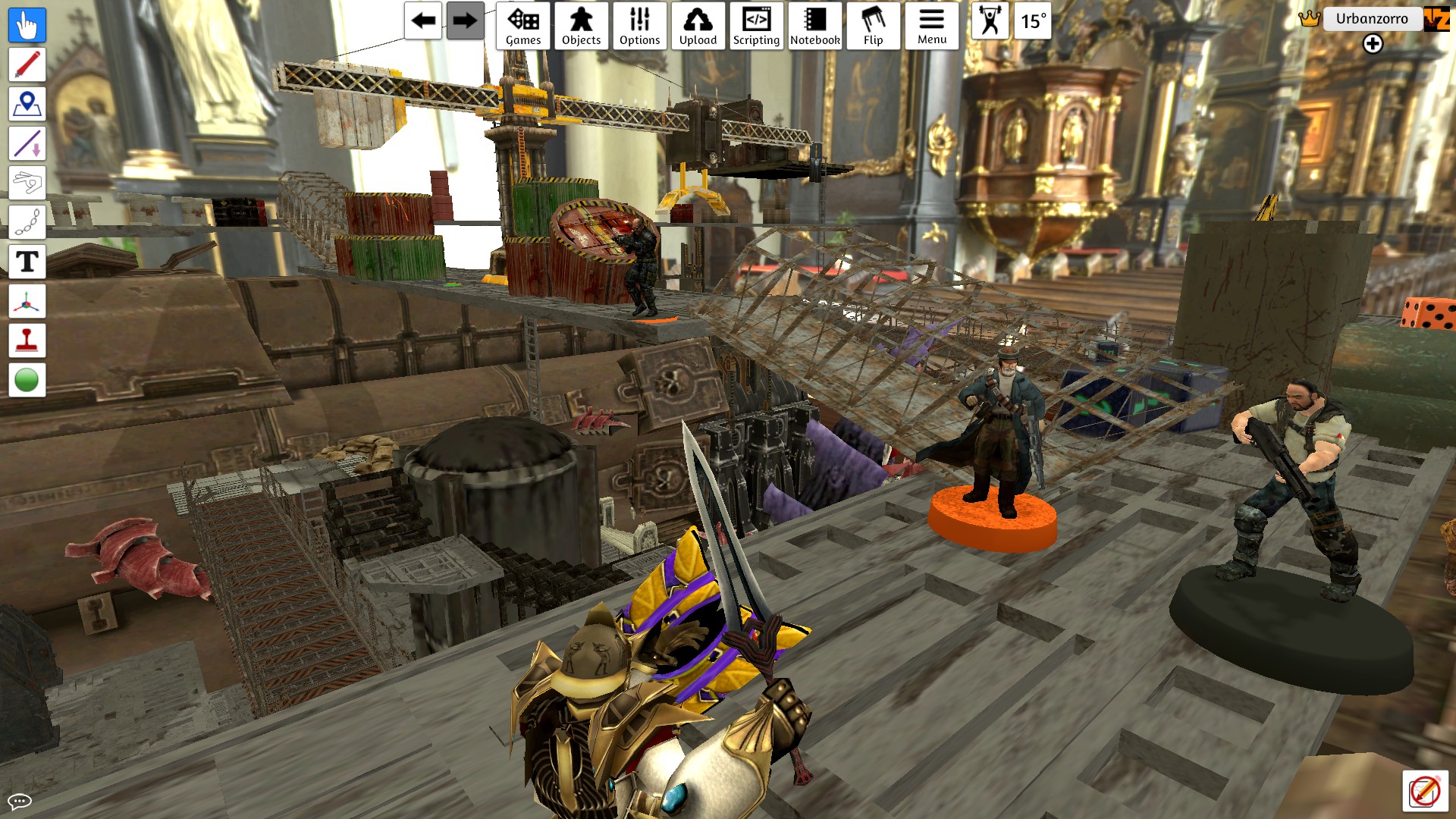 With the mutations defeated 'Brave' Cincinnatus realizes the time for mutual betrayal has arrived as he finds himself staring down the gun barrels of two Orlock gangers and the Orlock's leader with nothing more than his Jakara suit to protect him. 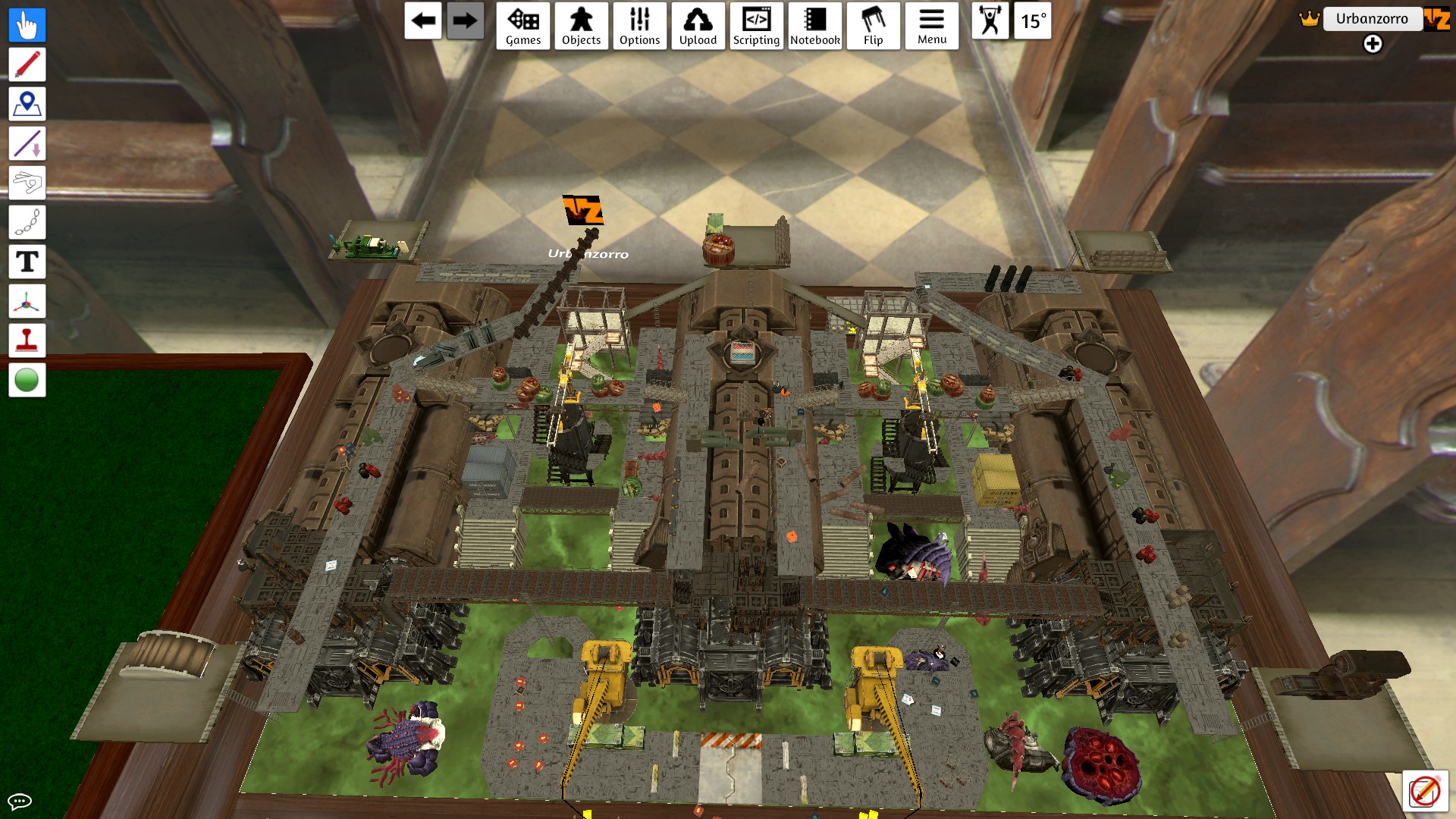 The scene as the smoke begins to clear after the second campaign's final battle.The Big Trouble in Little Pipetown is nearly over, all that remains is to see which gang winds up on top. 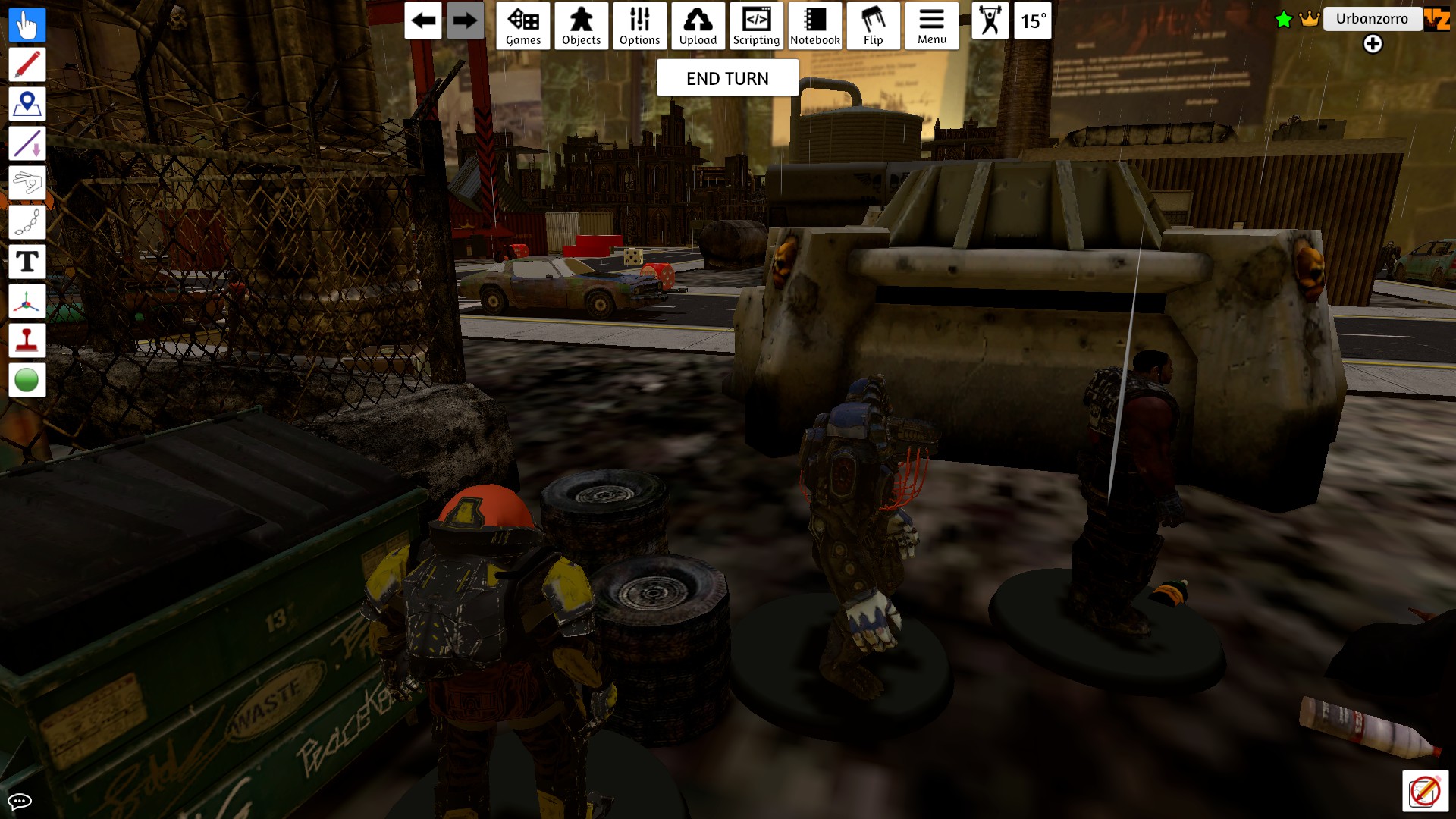 An Adeptus Mechanicus adept oversees a servitor and menial waiting to ambush a passing convoy. The supplies will be of great use in the Fight for Substation 251. 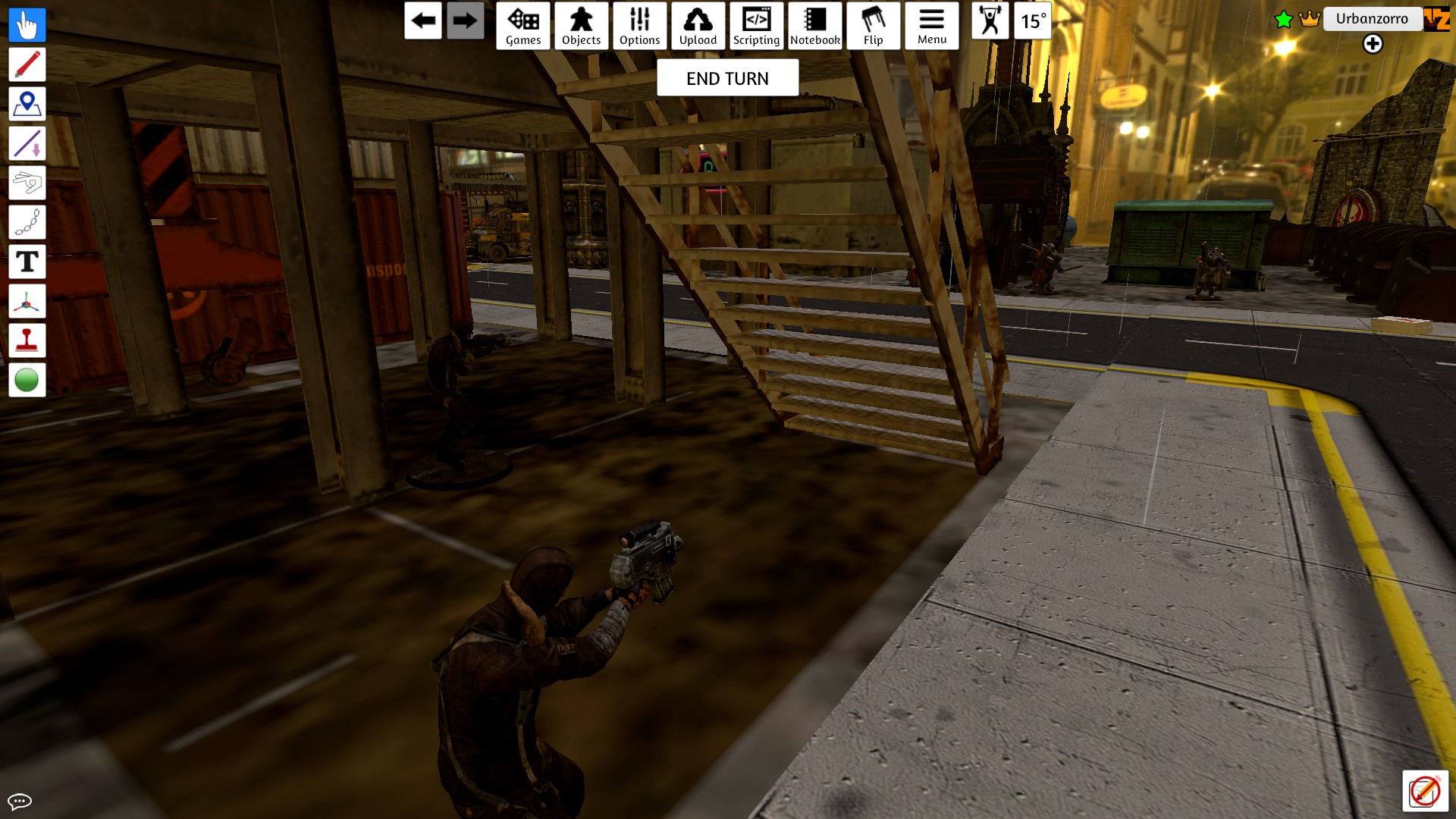 Two House Van Saar gangers open fire on a squad of Enforcers. Before the convoy arrives on their street. 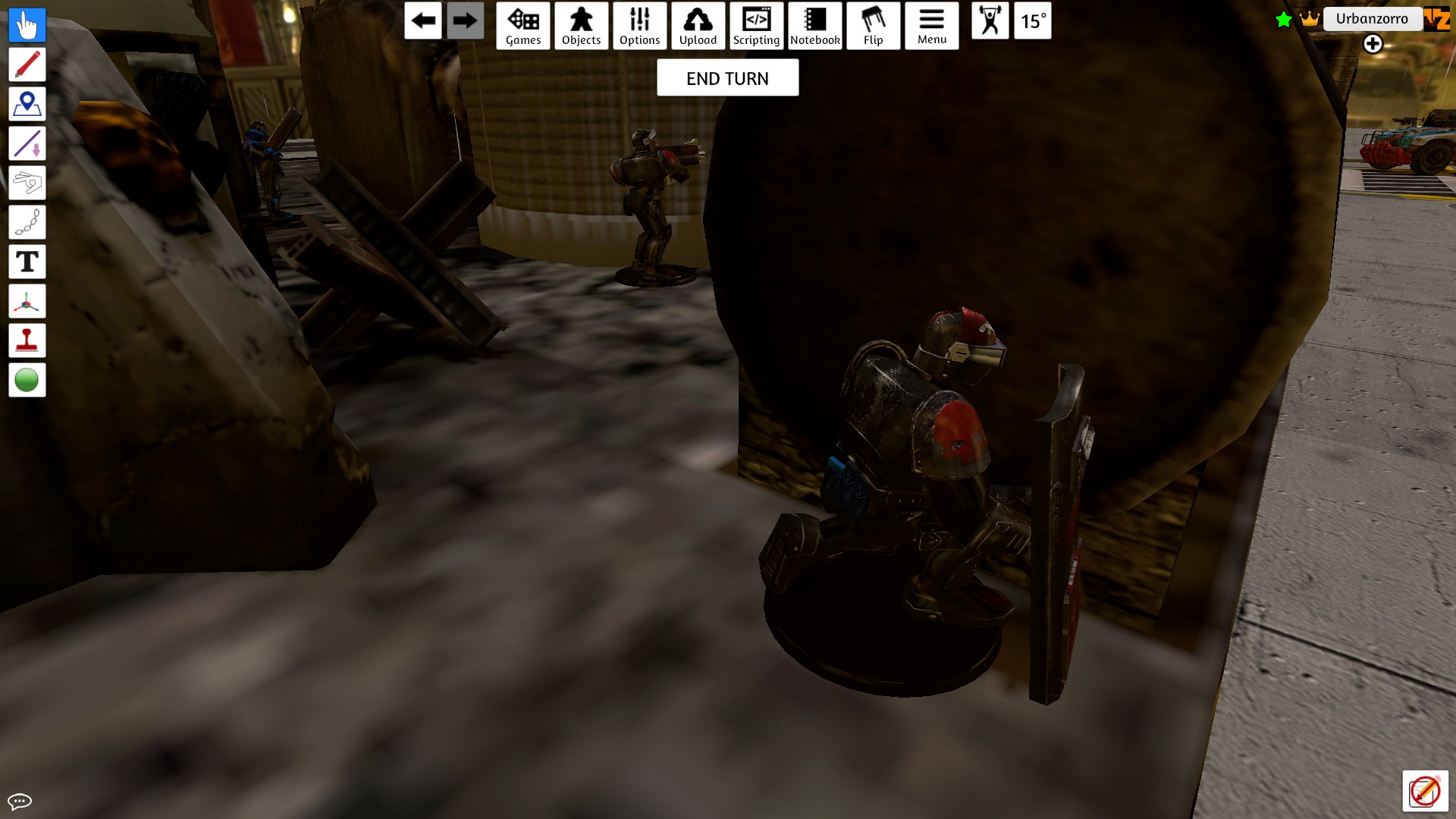 A second squad of Enforcers also waits in ambush. Ready to attack the convoy and gangers as they fight one another. 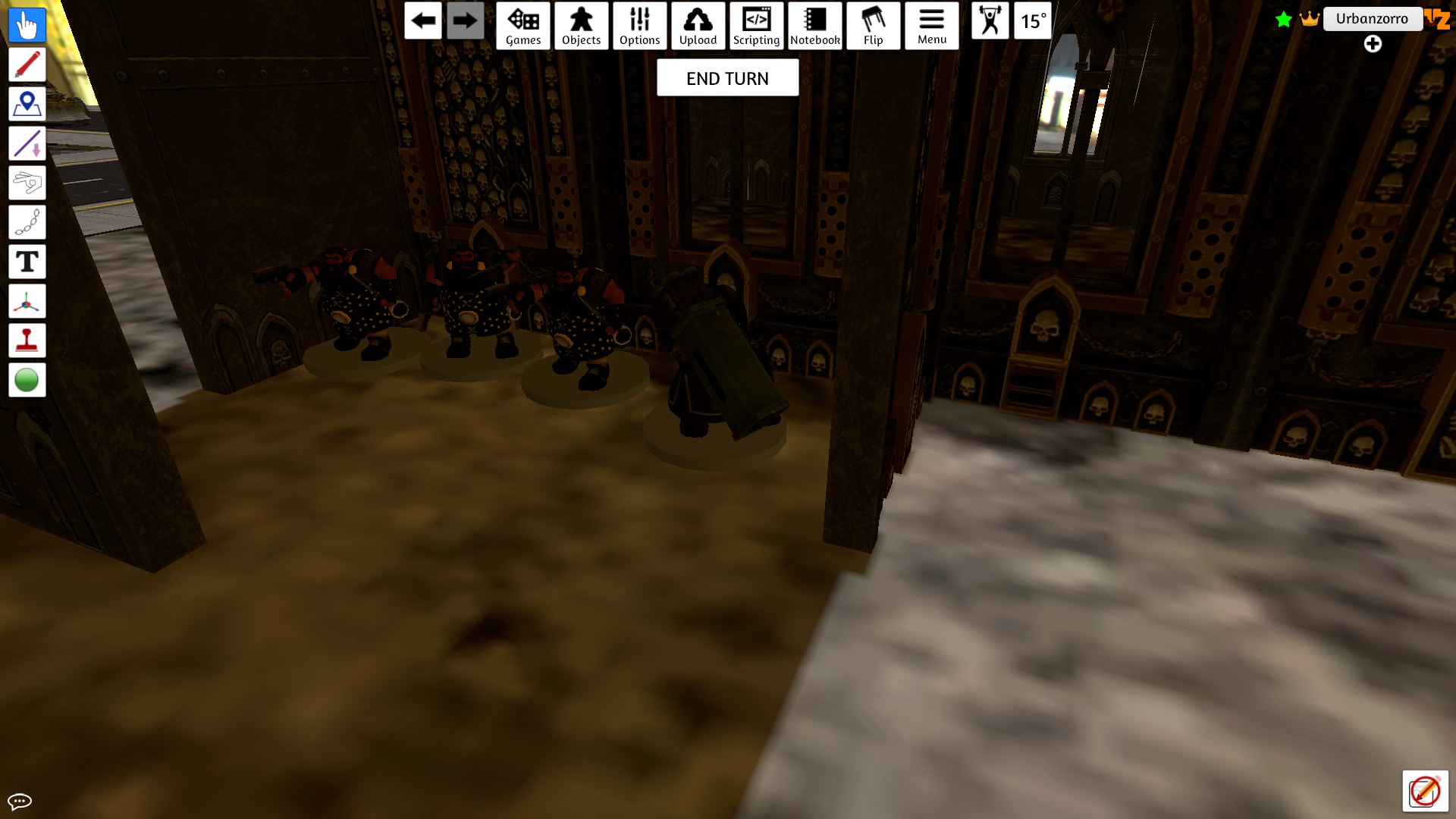 Even a clan of Squats get in on the action! Readying their mole launcher for the street battle. 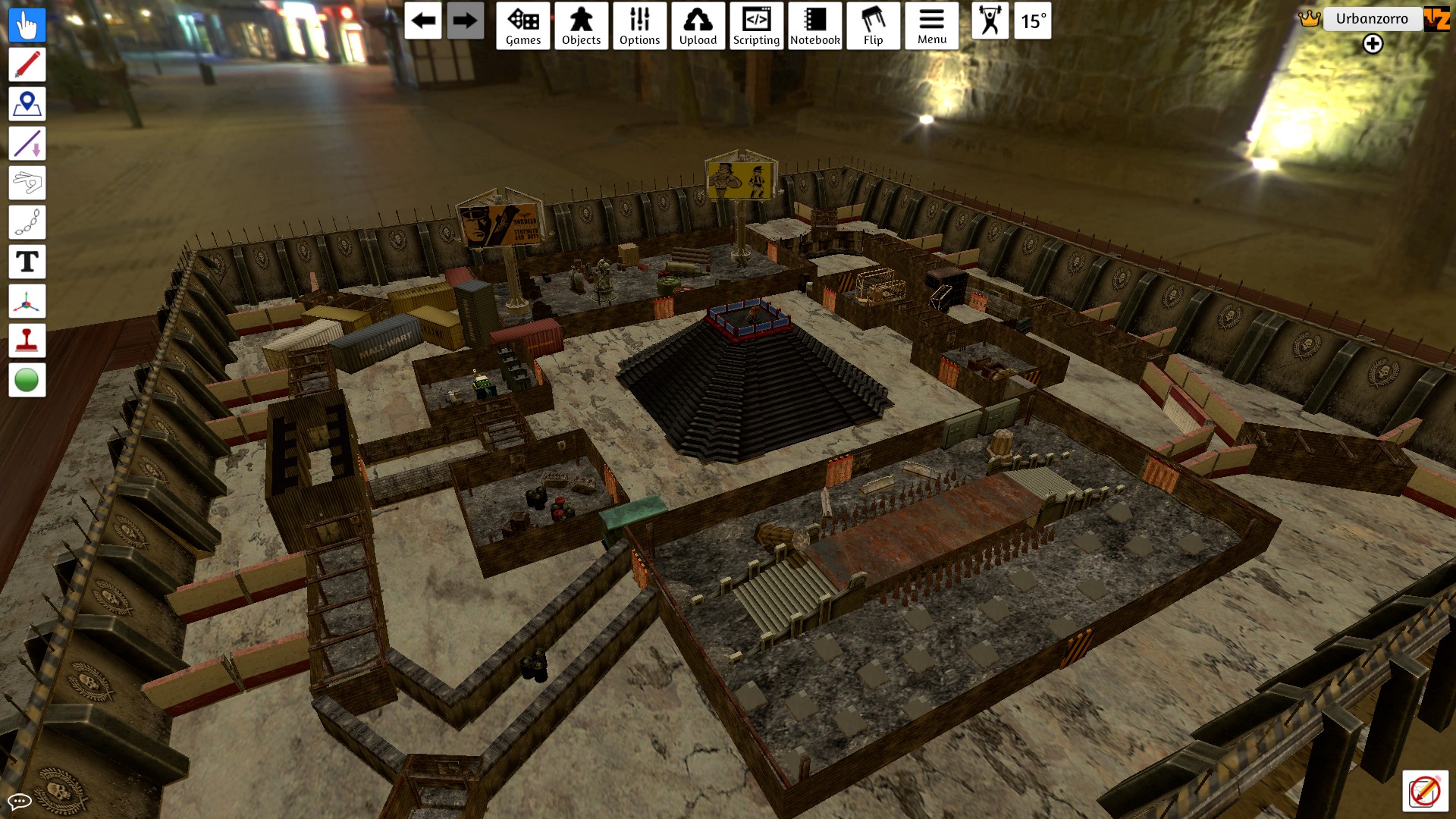 A short lull in the Battle for Substation 251 comes to pass. As Gangers, Hive Citizens, and Outlaws all gather to witness and take part in everyone's favorite blood sport... THUNDERCUBE! 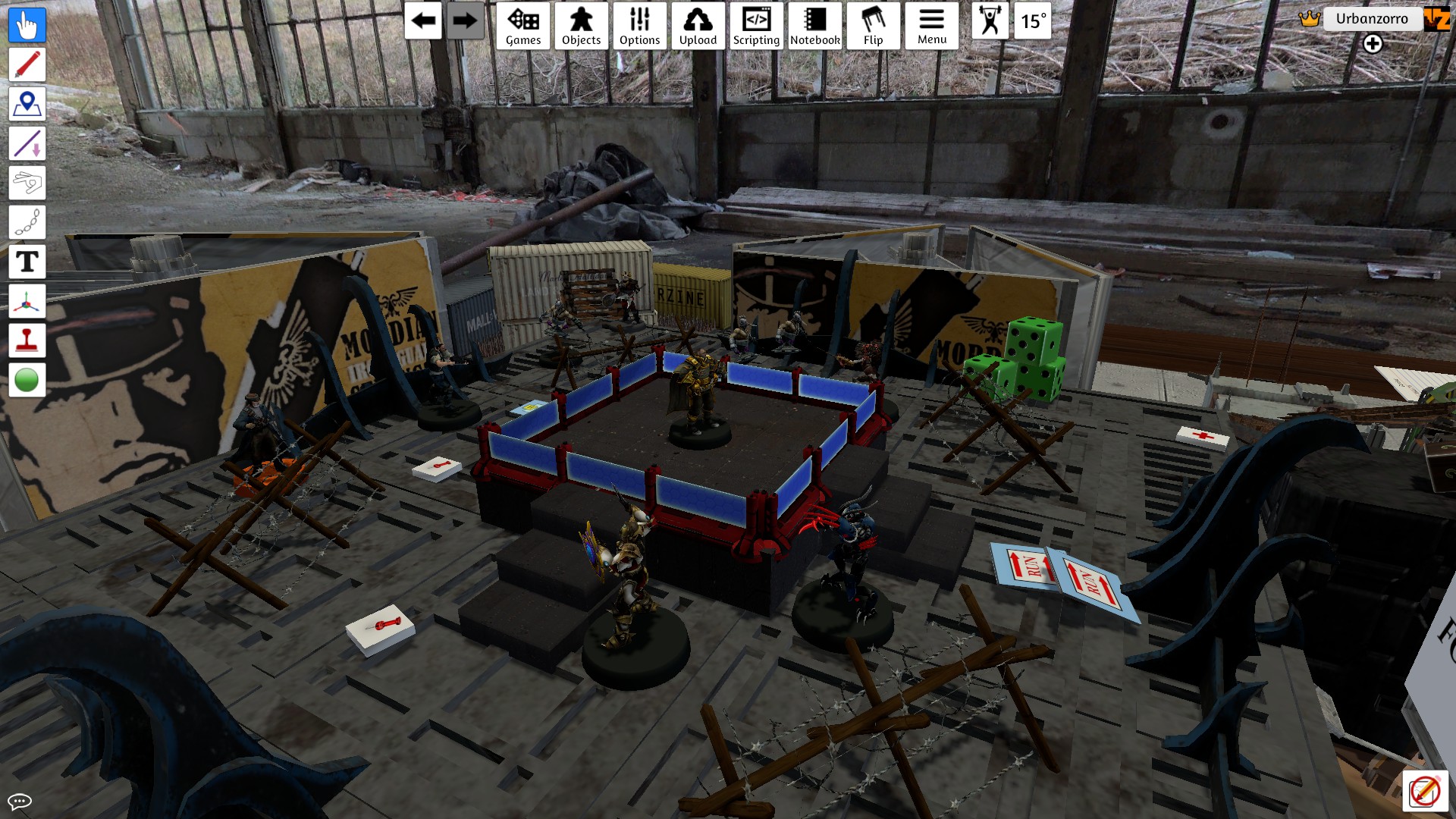 The current Thundercube Champion Sparkticus watches from within the ring as Spyers, Orlocks, and Pit Slaves battle for the chance to face him in the ring! 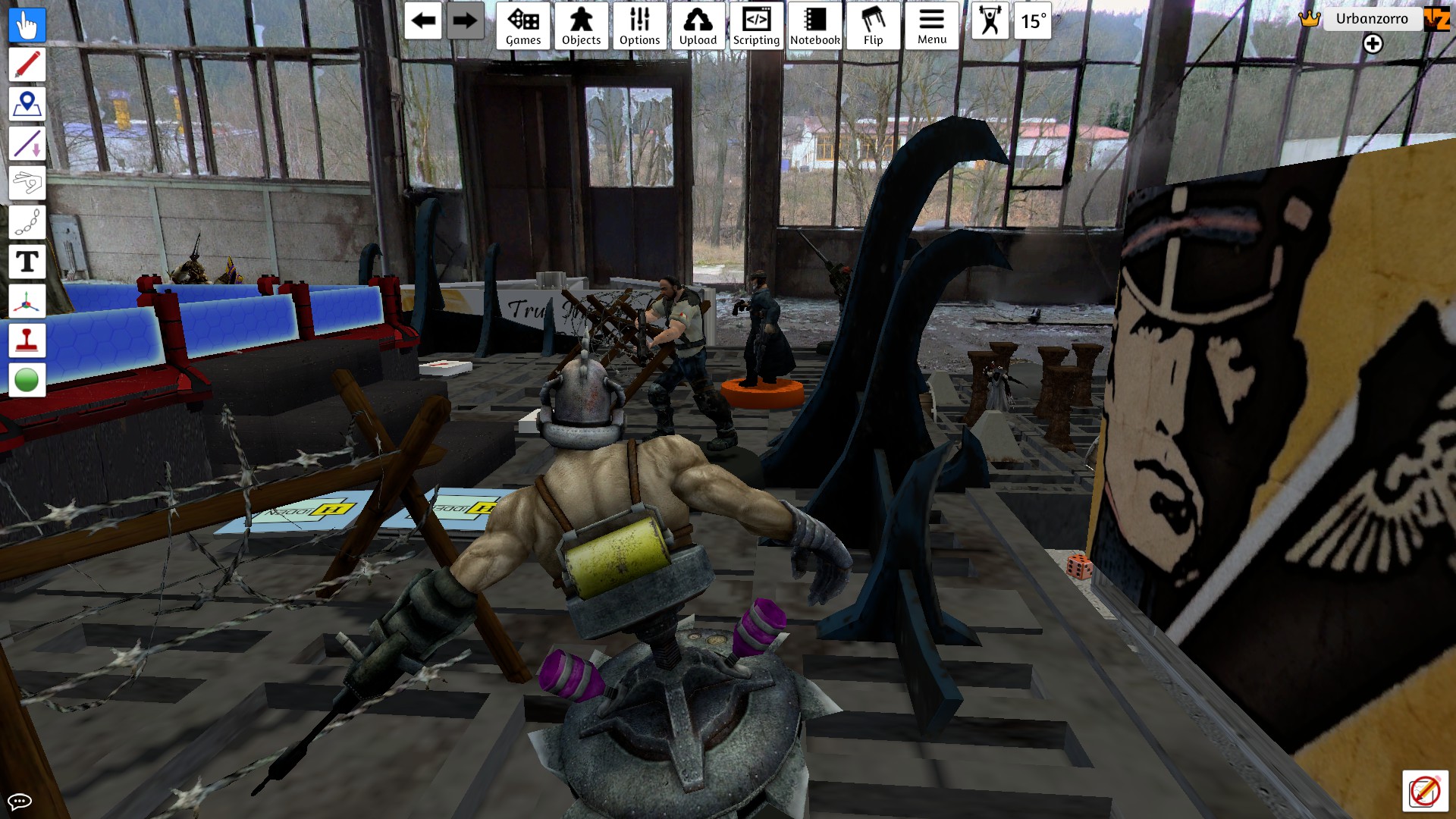 A heavily modified pit slave charges the lead Orlock in an attempt to 'relieve' him of some unnecessary appendages
Reactions: CaptainDangerous
U

And a few more images just for the fun of it! 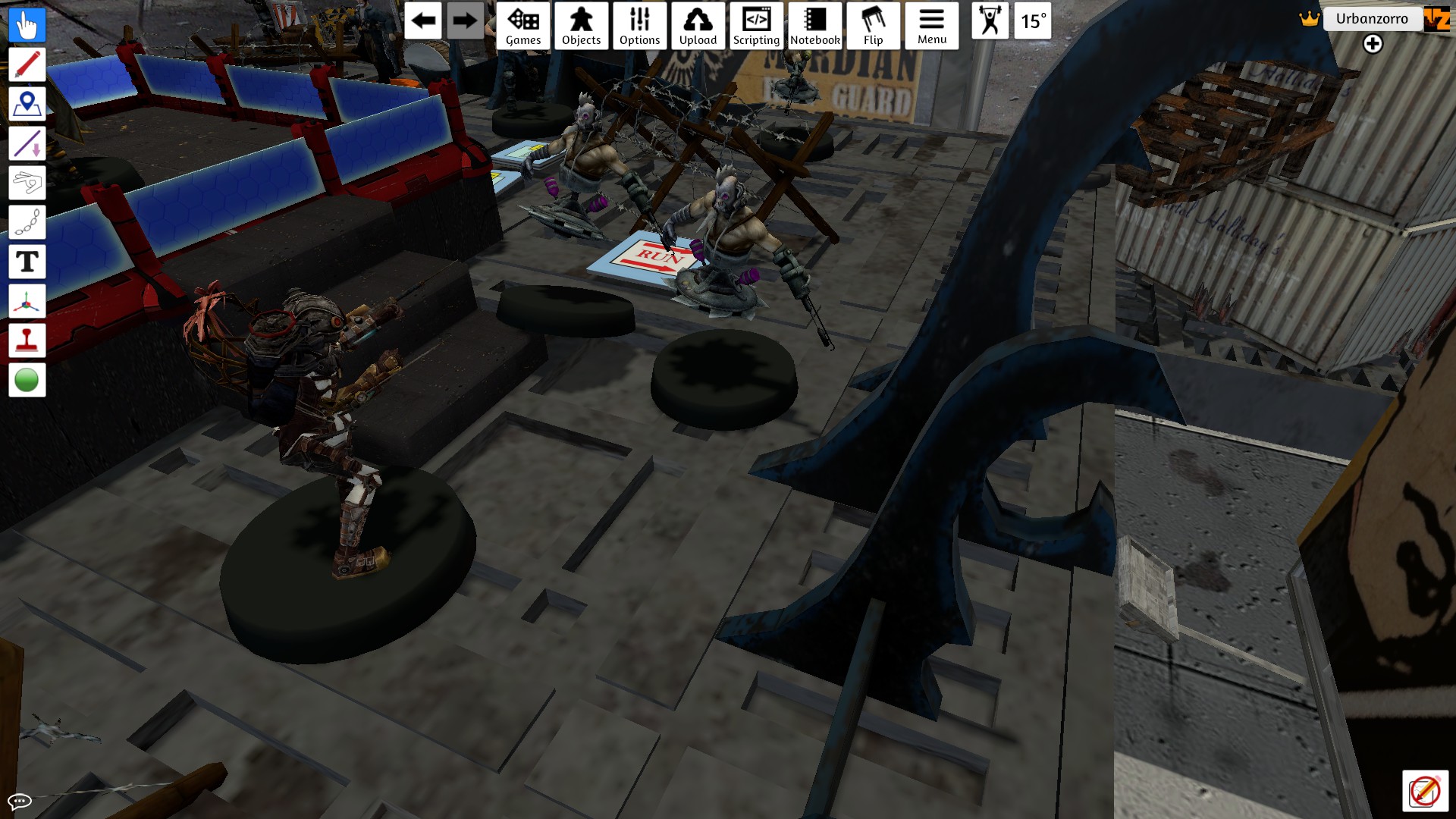 Lady Jessica faces off against two more pit slaves, confident the blades of her Malcadon suit will prove enough to stop them. 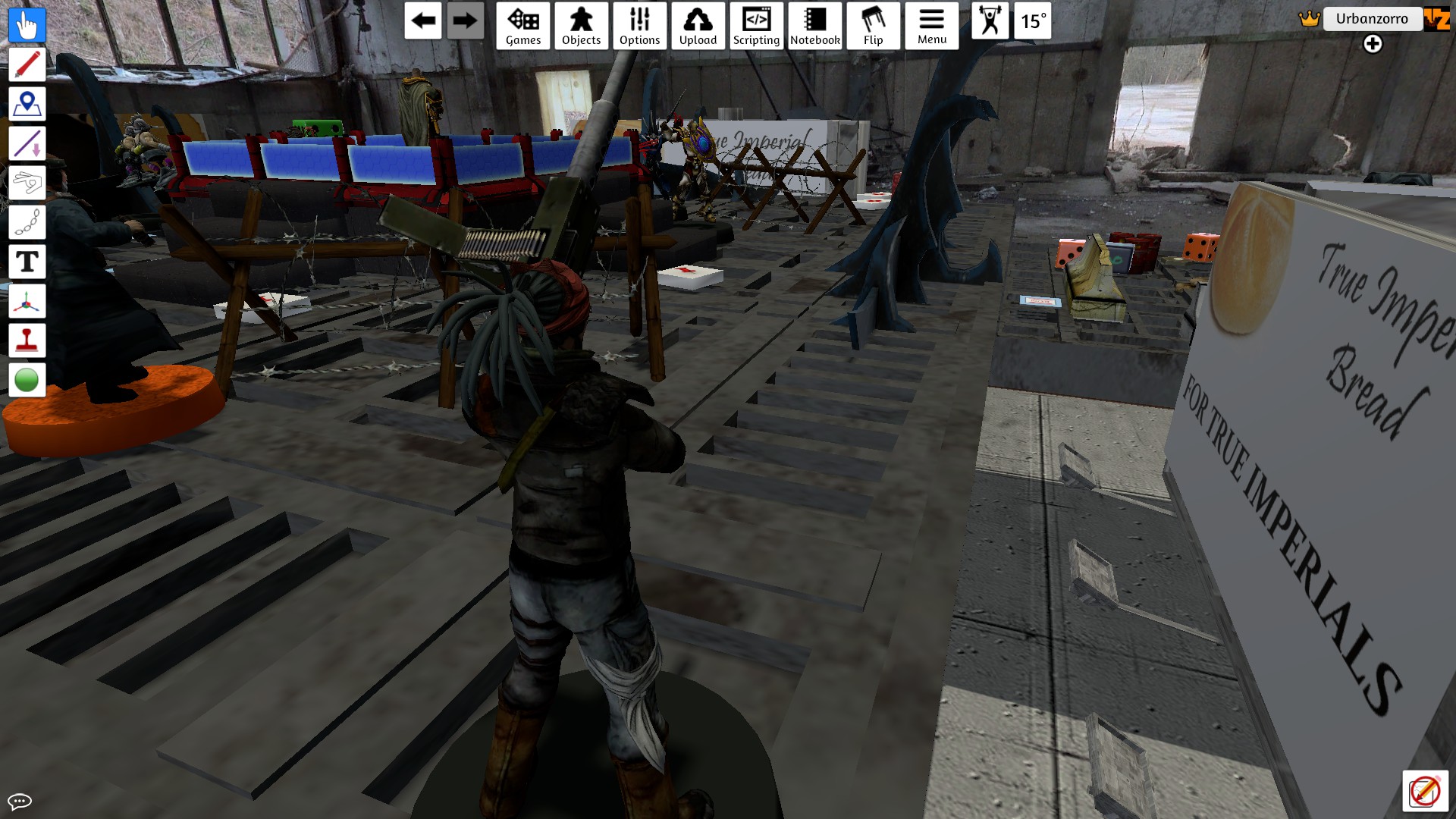 Bran "The Hammer" catches 'Brave' Cincinnatus dead to rights and opens fire on him with his heavy stubber! 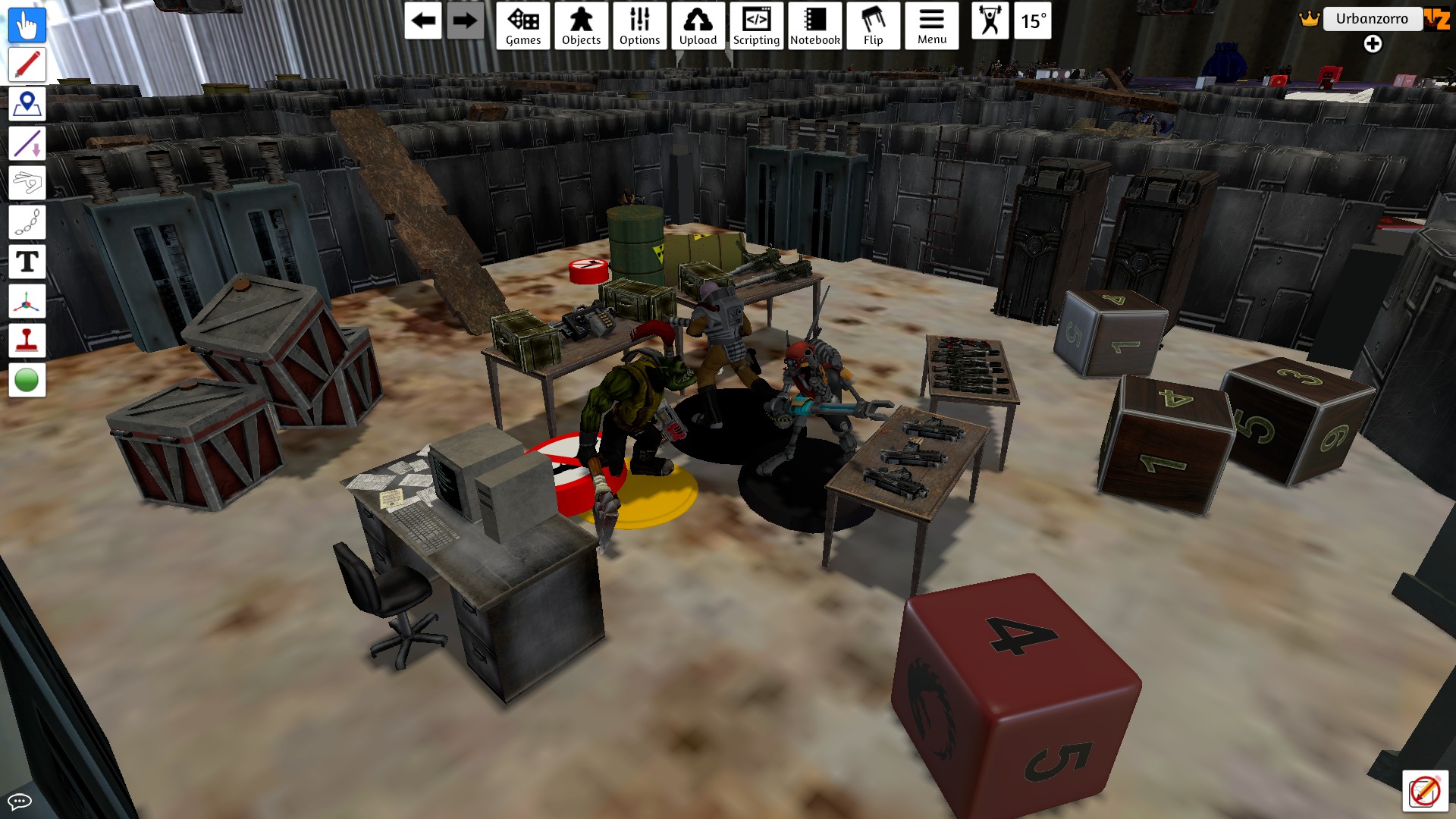 With several gangs summoned to negotiate a truce by Haus Mendax upon their arrival to Substation 251 it was only a matter of time before the bullets started flying... Even before Haus Mendax was able to spring their trap! 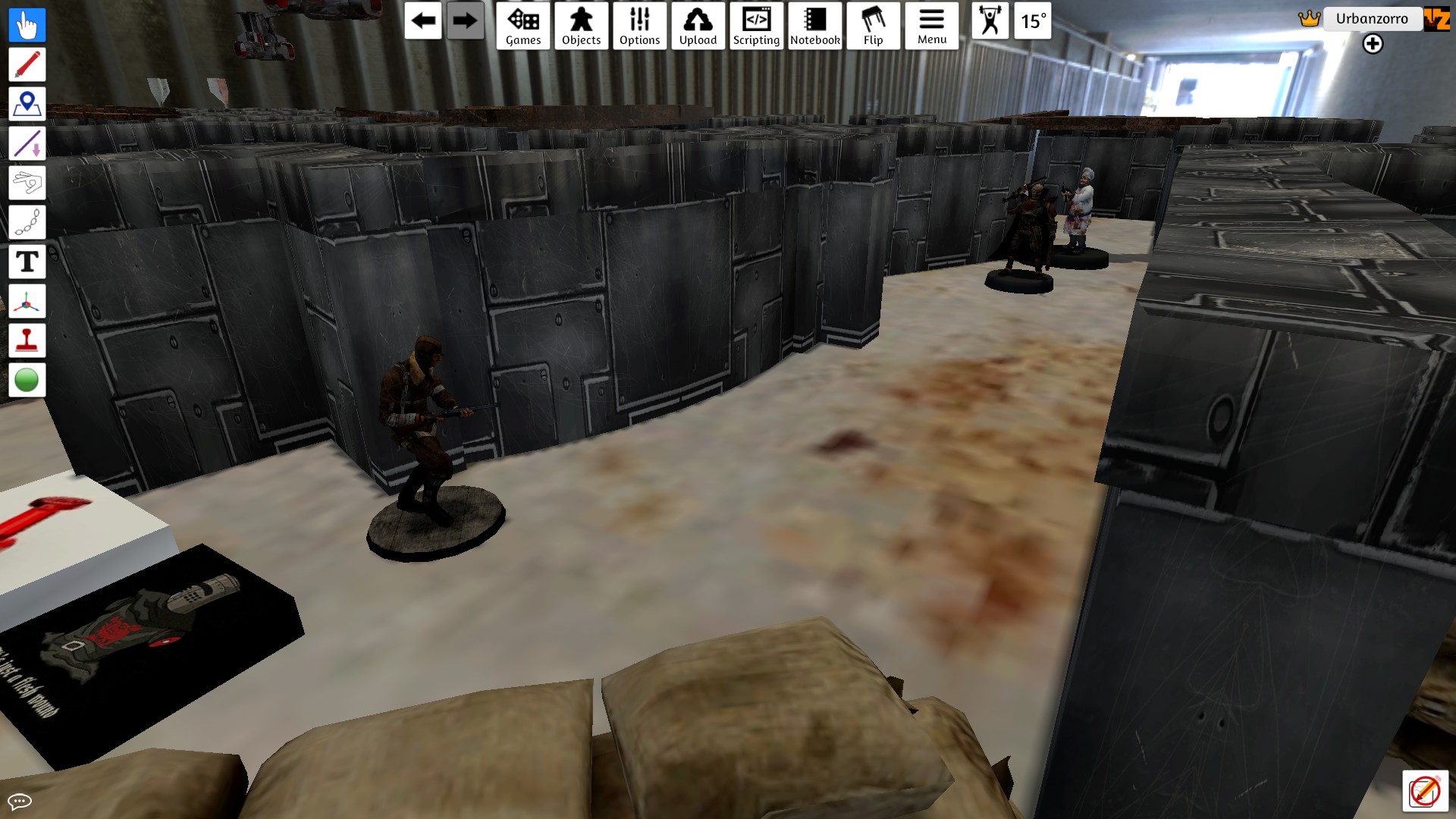 A flesh wounded Van Saar juve opens up with the business end of his shotgun on two Chaos cultists. Iron Chef Bobby Slay returns fire with his heavy stubber. While the rogue Captain Van Zandt gets caught in the crossfire and is sent to meet the Chaos Gods.
Reactions: CaptainDangerous and 9thandBaklavey
Show hidden low quality content
You must log in or register to reply here.

A tabletop game I remember - But what was it?