If @CaptainDangerous can sort something like this out twice in the space of a few months, I reckon I can handle one!

**UPDATE**
TribeMeet is now taking place at the House of War in Ringwood, we'll be meeting at 10am on Saturday (tomorrow, the 10th of March) and again on Sunday. 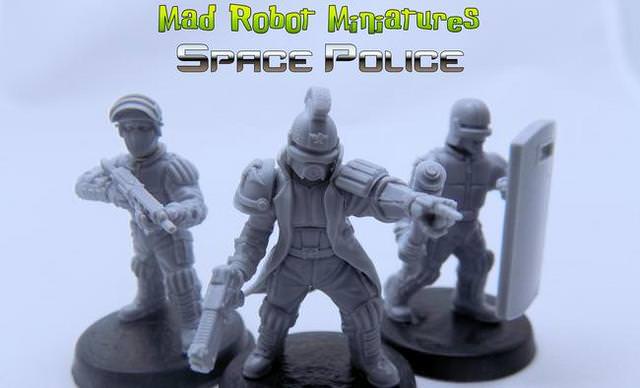 THE PLAN SO FAR​
This is obviously a pretty rough plan, I'll be updating and adding detail as quickly as I can.


WHAT I WILL REQUIRE FROM YOU​
Who's interested? If anyone from other parts of the world sees this and knows of some Yakkers in Melbourne/Australia perhaps you could give them a nudge in this direction as I've not noticed a lot of very active members from my neck of the woods (correct me if I'm wrong, I am rather new here after all).


Expressions of interest so far:
(* = Confirmed)​
I hope to be adding many Yakkers to this list before long, express your interest below and I will stick your name in the list.

GANG CREATION GUIDELINES
Post your gangs and WIPs here​
GUILD WAR: The campaign will use a couple of special rules to fit us in with the UK meet’s Guild War theme. Outlander gangs can ignore the first two points and simply create their gang in line with the rest of the items on the following list. Full campaign rules will be announced soon but until then here’s what you need to know:

BRING A PIT SLAVE ALONG FOR THUNDERCUBE TOO!​
Gorkamorka Mobs
*Edit* Seems like the GoMo section is getting a little more attention now, so if anyone wants to volunteer to run a proppa campaign for GoMo, please PM me and let me know
​
There will be a table set up for Gorkamorka, this will be host to an open campaign anyone can jump into between Necromunda games (though if anyone wants to just play Gorkamorka of course they'll be welcome to hang around this table all weekend, but as far as I know everybody wants in on the Necromunda action).

Mobs should be hired according to the standard rules presented in the Gorkamorka rules or Digganob for the more adventurous types. It's quite possible we'll have a couple of extra mobs kicking about for people to borrow too.

have you checked player map, see if there is anyone nearish (dunno what counts as near to aussies... same continent?) whoes been active semi recently?
Reactions: Blood Donor

Yes, I've had a quick look. I'll do more proppa research this weekend when I have the time for sure, just want to put the idea out in the mean time and see who's up for it
Reactions: spafe
R

Face book groups and the bolter and chainswords necromunda section (other games) have grown busy of late, hitting up Wargamer AU and dakka dakka could be worth a shot to get people out of the woodwork. It could get crazy big crazy quick with the new game on the way though so maybe just try wargamer au first so you have a bit of control on the numbers.
Always good to find out some basic costs first off, price up various venues, a 10 person event, a 20 and maybe a 30? Just in case I remember @CaptainDangerous getting a gleam in his eye when we viewed a function hall that was normally 3 quite large (40-50 peeps) rooms but could open up into one massive hall (hundreds!)
One day......
Reactions: DArquebus, Llewy, CaptainDangerous and 2 others

I'm going to see how much interest I get here on Yaktribe before I look at other sources, I'm not interested in organizing a huge event. It would just be cool to meet some Aussie yakkers and have a few games. I'm imagining roughly a ten person event that we can fit into a small function room somewhere. I will start working on costing it when I've seen some interest, but that is a good point and I should probably mention that anyone who's interested will probably need to be prepared to pay a small part of the venue hire fee.
Reactions: spafe and CaptainDangerous
A

Im a shift worker so with enough notice Id be keen.
I can provide scenery for Necromunda.
Id be keen to give Gorkamorka a shot, though I dont have a mob ready yet (probably take me a month to assemble/paint one up).
Reactions: Llewy, spafe and maxwellrpower

Execellent @AngryJebus
I would like to get a date locked down asap, so you should have plenty of notice. Just need to wait and see what kind of a level of interest we get. I've so far sent about 10 messages out to Yakkers in Victoria but I'll keep plugging away at that and let more people know. I guess it wouldn't be a bad idea to start looking for people North of the border too, some may be willing to make the long drive or jump on a plane if we get enough interest down here.
Reactions: spafe and CaptainDangerous

I would love to travel down for a tribe meet in Aus but unfortunately I know my wife wouldn't let me fly interstate just to play with my toy soldiers.

I wish you nothing but luck and if you are ever up in Canberra and want to have a game let me know.

P.s. For those international yakkers it's a 7 1/2ish hour drive between the two cities.
Reactions: maxwellrpower and spafe

Thanks anyway for the moral support, I understand. I can imagine the look I'd get from Mrs. Power of I tried to pull something like that too
Reactions: CaptainDangerous

so you all can’t just pull the ol’ “i’m just going for a walkabout” and get away with it?

yakwife: “and what’s with all the packed up toys?!?”
Reactions: sumpthing, maxwellrpower, Stoof and 1 other person

I'll have you know that using a walkabout for dishonest purposes is a bootable offence!
Reactions: sumpthing and spafe

By the way @AngryJebus, even if we don't get any more expression of interest we should definitely still meet up for some games and call it a TribeMeet anyway! Got have some kind of representation down here, can't let our former colonial overlords have all the fun!
@Zeebogie is down for it too and I'm sure we can rustle up at least a couple more
Reactions: CaptainDangerous and spafe 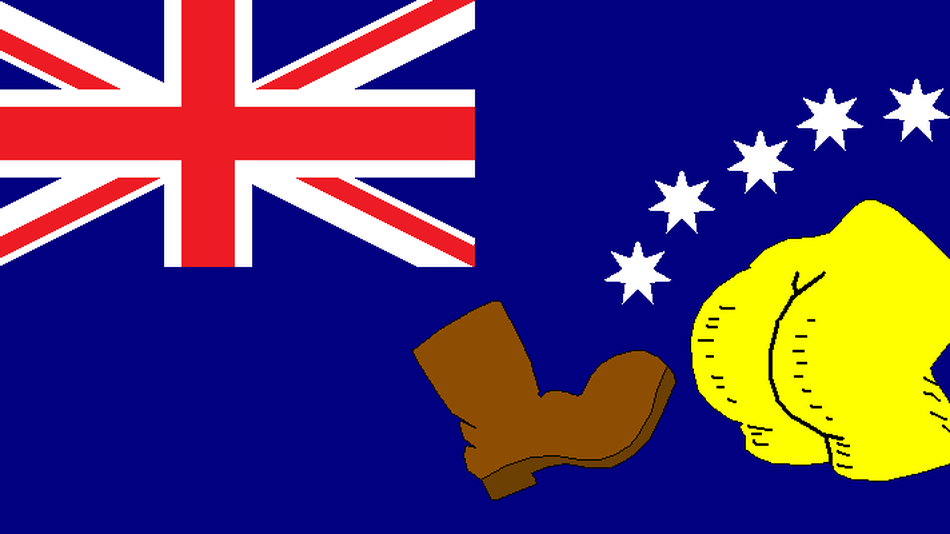 HAHAHAHA what the heck?

Punktaku said:
HAHAHAHA what the heck?
Click to expand...

Maybe I should explain that it's the Simpsons version of the Aussie flag, if you've not seen the relevant episode I really can't recommend it highly enough
Reactions: CaptainDangerous, Stoof and spafe

ahhh! ok. i haven’t seen an episode of The Simpson’s in ages.
Reactions: CaptainDangerous and spafe
A

For sure! I'd be keen. Are you involved with Warplings? They're a gaming group based out of Melbourne, would think a few of them would be keen for some Necromunda/mordheim/gorkamorka
Show hidden low quality content
You must log in or register to reply here.
Share:
Share Link
Top Bottom